Preston and Olivia were excited! It's Izzie's seventh birthday!  Even if she tells us she's ten.  Which totally through me for a minute until I realized Preston is ten so Izzie can't be ten!  Silly girl.

Her party was at the skating rink!  Every single time we go to the rink I tell myself we should go more often because the kids really do have a lot of fun.  Heck I had fun too!

We did a little skating!  These two sweet kids of mine. 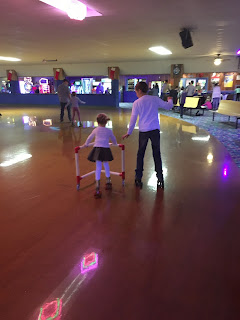 Before it was party time. 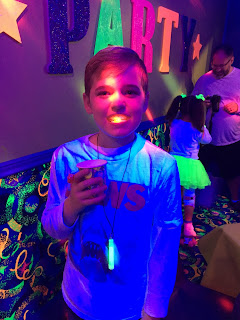 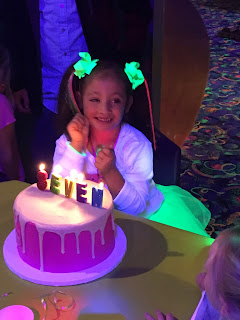 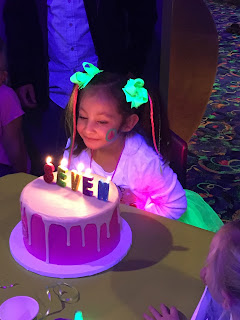 Izzie always has the best cakes!

Back to do some more skating. 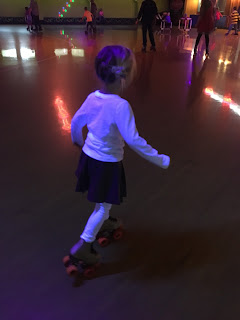 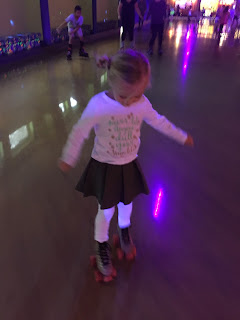 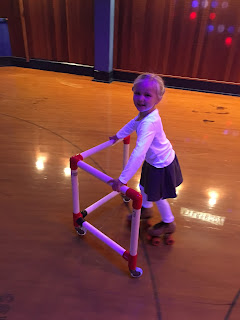 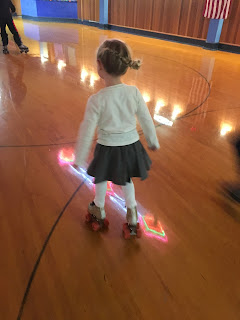 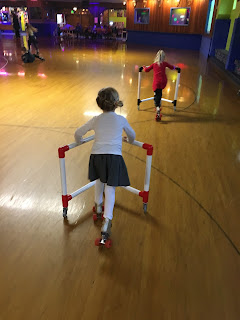 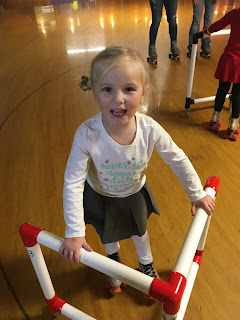 Liv even went around a few times without her trainer.

Preston was getting the hang of it.  We even raced around a few times.  I won.  But he did almost win once.  Partly because he cheated.  He fell and acted all hurt so I stopped and waited for him and then he finished the race.  No go cheater!   But well played. 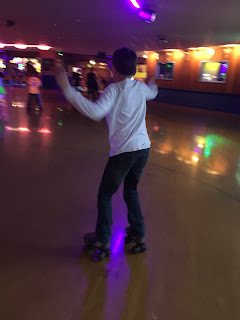 A friend of Liv's from preschool was there.  She was pretty excited to see Ava! 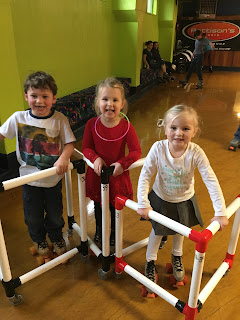 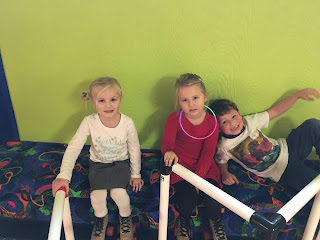 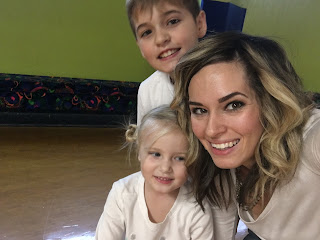 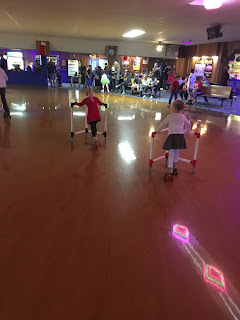 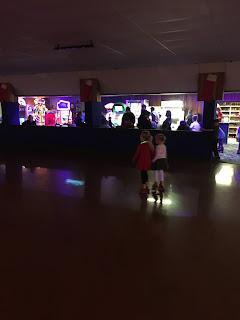 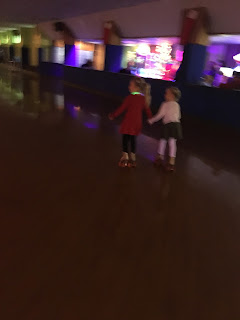 Happy Birthday Izzie!  Thanks for inviting us to celebrate!
Posted by Kim at 6:14 PM