Breaking free for the day!

We met my Mom, Shannon, Avayah, and Marrissa for breakfast.  Best jam ever.  Like ever.

Olivia was very into coloring her kids page.  Entertained her for most of breakfast. 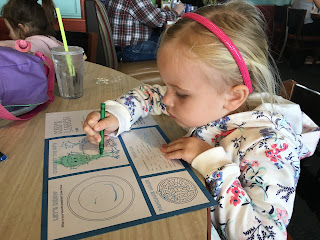 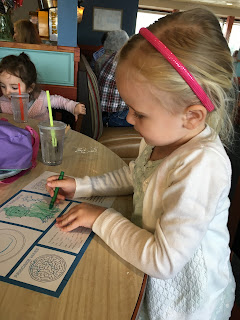 Then headed downtown where my Mom of course needed chocolate.  Had to have it.  So we popped in for some crazy expensive treats.  Olivia decided she didn't want chocolate but instead wanted a macaroon.  I wasn't sure that she would like it but she said it was good!  She kept telling me that Madison likes these too! 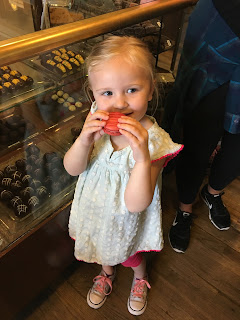 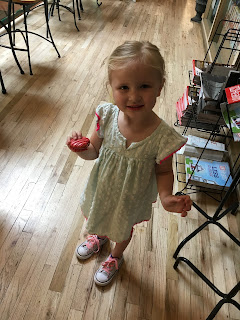 After everyone had their chocolate, it was time to walk!

The falls are just so insane right now that we have to stop and take photos with them every time we're downtown. 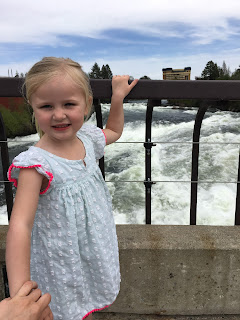 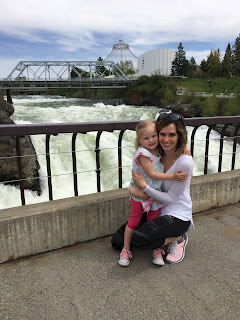 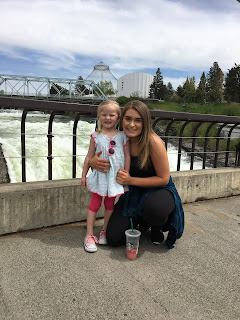 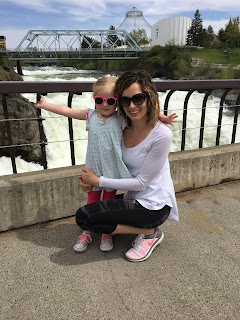 Poor Liv.  This walking is just such serious business.  And riding in the stroller just isn't cool. 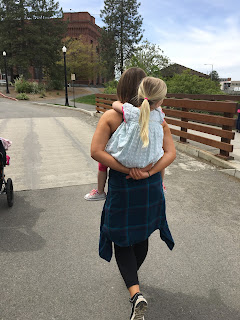 We made our way down to this park to let the kids play.  It was kind of awesome.  Completely different toys than another park we've ever been to.  The girls were loving it. 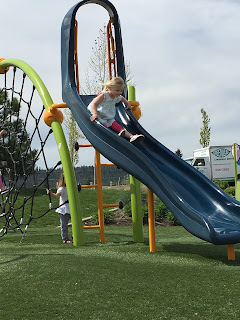 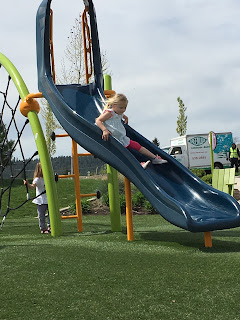 Until Liv announced that she had to pee.  And then oh dear God.  We weren't in an area we were familiar with. I had no idea where a bathroom was.  And we needed one like now.

We ended up finding one in a walk in doctor's office.  We called it fair game because we visit their clinic near our house.  And by that point everyone had to pee.  It was like bathroom rotations.

We had one stroller.  Two girls.  They were sharing that and the iPhone videos. 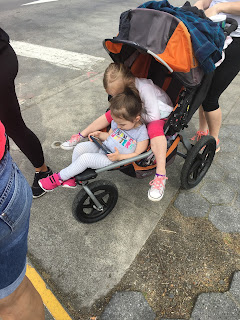 On our walk back we passed a Mama Goose and her little babies.  They were so cute and fluffy!  We all sat and watched them for a few minutes.  The girls were totally enthralled. 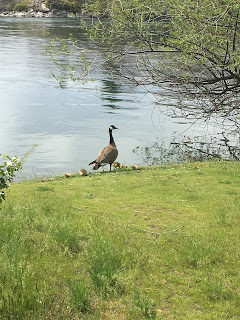 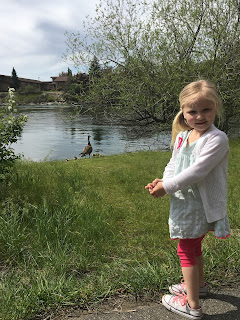 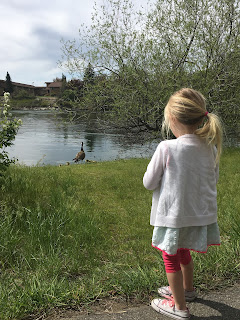 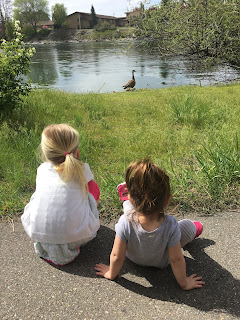 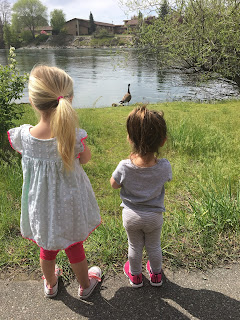 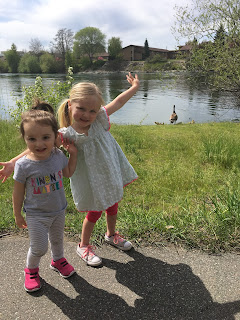 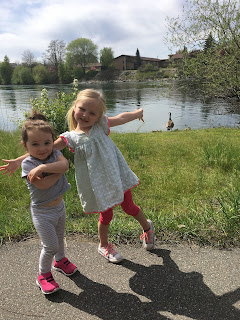 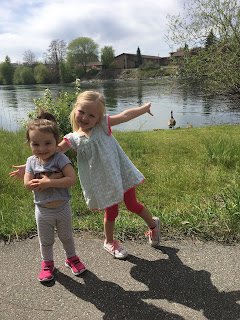 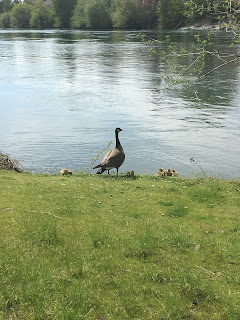 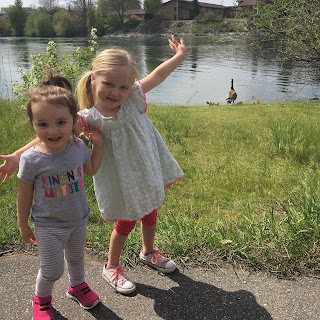 Not as cute was when a snake was in our path and Olivia was running ahead.  Thankfully a lady passing by us stopped and turned back because she had just passed on to stop Olivia before she got to it.  I'm sure she would have freaked out if she had run up on the snake all on her own!  Even with us just a few feet behind her.

Feeling pretty thankful too that Brad was able to get home in time to grab Preston so that we could stay and explore a little longer.  I kind of love Spring.
Posted by Kim at 9:45 PM