We woke up to sunshine! 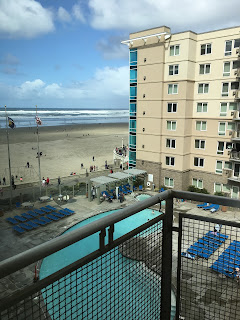 I also woke up to Olivia with a belly ache.  And she felt a little warm.  We got dressed anyways.  Thinking maybe we could make it work.  Or that it was just a little belly ache.  All the way up until she threw up.  That was fun.  You know what shouldn't be allowed?  Throwing up on vacation.  And when the sun is shining.  After a day of rain.  Boo.

So Liv and I spent the day in the condo on the couch.  Her in and out of sleep.  Me watching a marathon of Real Housewives of Potomac.  Don't judge me.

While Preston headed off for fun with Grandma, Shannon, and Avayah.  They headed into Cannon Beach to explore the town and play on the beach.

Liv choosing to get sick couldn't have worked out better in the sense that the night before my Mom told me that I'm too hard on Preston and that he's only nine so not listening is part of his age.  And it was decided that she would parent him for a day.  And she chose today.  Jokes on you Mama.  Let's just say that she was threatening to take his iPad away before breakfast.  Ha!

Away they went.  For a day at the beach. 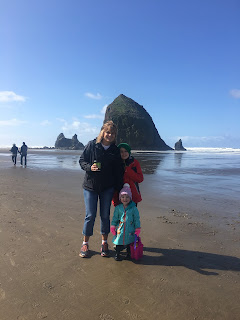 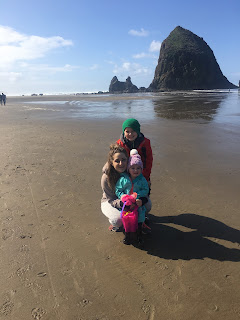 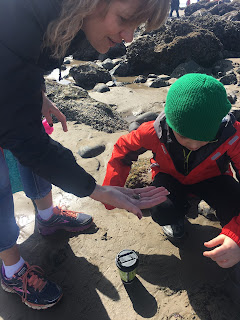 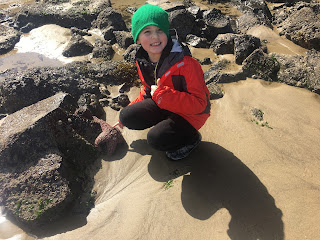 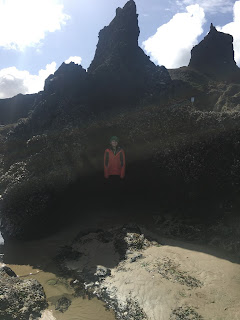 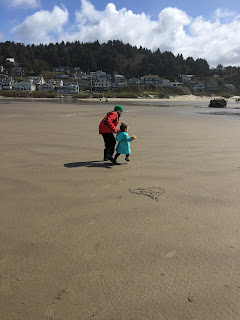 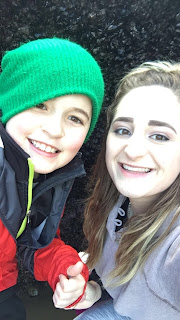 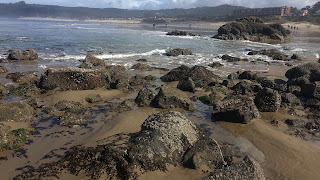 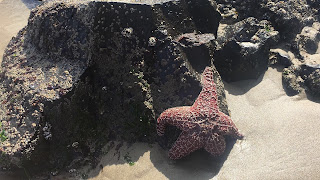 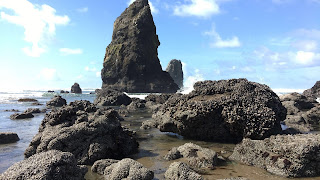 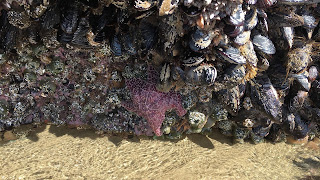 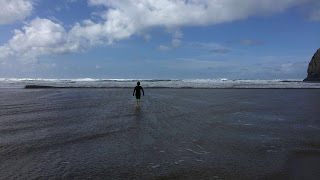 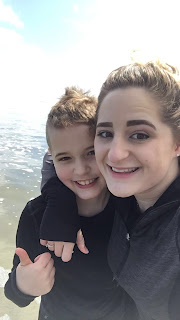 They found some tide pools in Cannon Beach.  Played in the ocean.  Had a blast.

Then headed into town. Grabbed a late lunch.  Explored the stores. 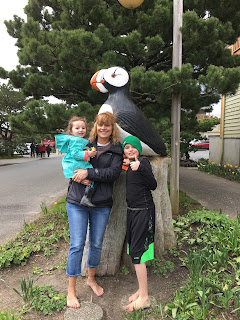 Obviously Preston had a blast.  I got this message from Shannon. 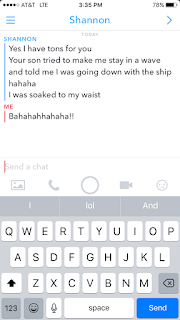 They came back with new toys. 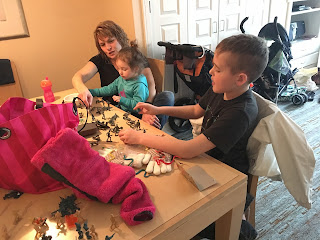 My Mom told me Preston was so good.  Listened and shopped.  The whole shebang.  I stood there like he shopped and didn't complain?  Really?  Preston hates shopping.  Then it came out that she bought him things.  But also just let him play on her phone the whole time.  You want to know what I don't do?  Let the kids touch my phone.  Or play on screens when we shop.

Look how gorgeous it was that night from our balcony?  I mean can I just live here? 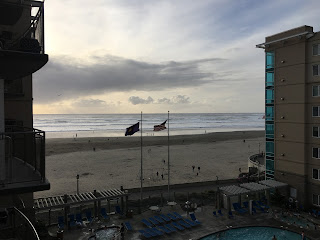 We ordered pizza and ate in.  It was sooooooo good.  And so greasy. 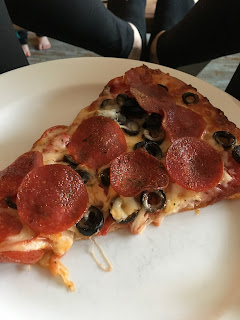 Obviously after the pizza we had to walk.  Liv was feeling a little better so outside we went to walk the promenade.  And get some fresh air. 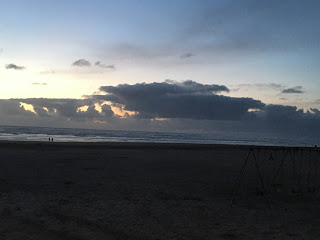 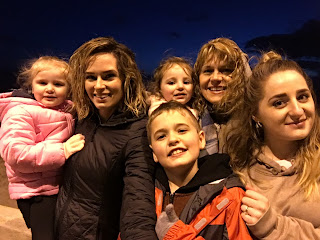 We are ready to get out and have some fun tomorrow!  No more sick days.
Posted by Kim at 9:58 PM