Olivia was so excited to go to her first friend from preschool's birthday party.  And her favorite friend in preschool.  Shhh don't tell her other friends.  Brady!  Even more exciting was that she had been sick and got better just in time for the party.  Don't even ask how stressful that was.  I was crossing all my fingers that she would be better, she wanted to go so bad!

It was a PJ Mask party!  When we got there they asked her who her favorite character was and outfitted her with her cape and mask in that character.  Liv chose Owlette!

And away we went into the backyard to fight the bad guys and save the day.  Or you know play on the swingset. 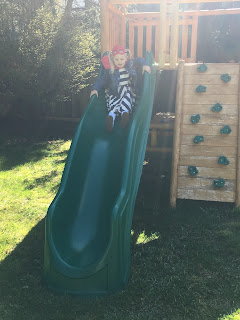 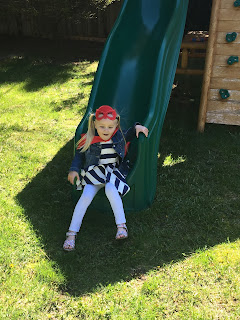 There were tattoos.  I was shocked when Olivia said she wanted one.  Typically she does not like stamps or tattoos.  Anything she can't wash off is a no go.  I mean when we were in Seattle she got a stamp at the Pacific Science Center and then that night insisted that it had to come off and I tried everything I could think of to get rid of it.  But apparently PJ Mask tattoos are her thing now. 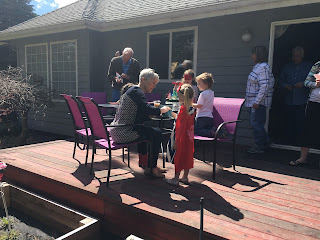 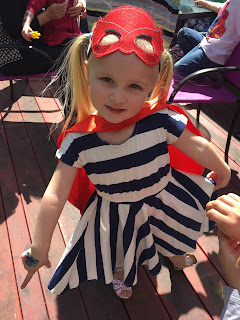 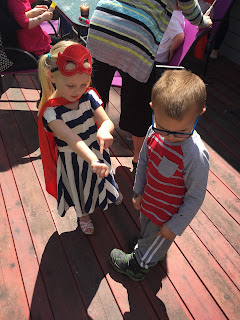 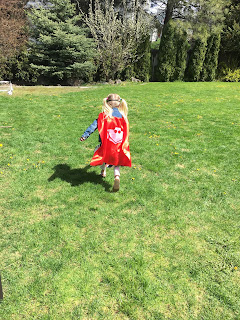 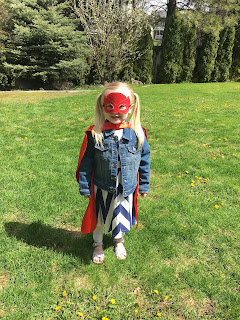 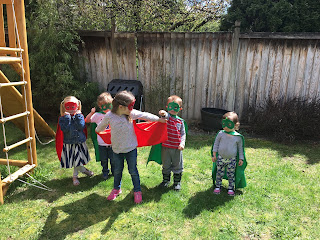 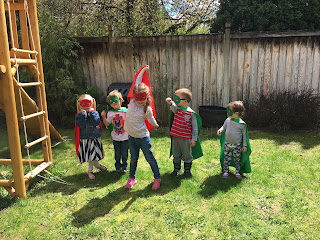 Brady's Dad had set up an obstacle course for the kids.  All of the adults jumped in to help and take a spot.  It was kind of adorable to watch the kids all go through and see how much fun they had. 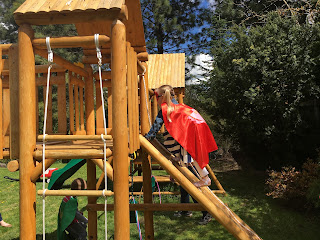 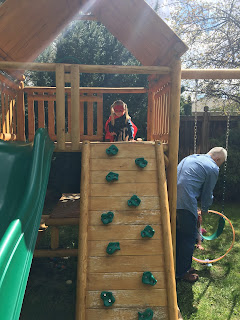 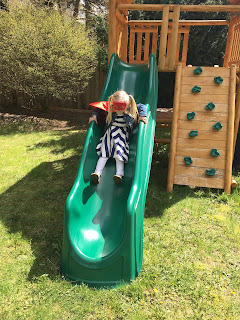 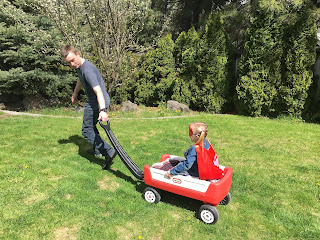 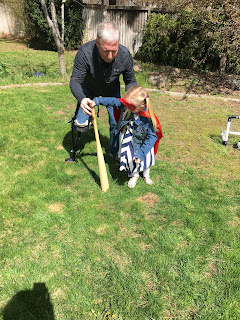 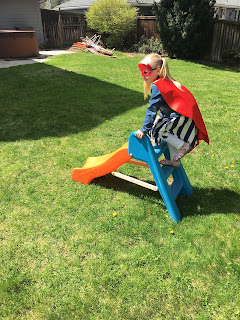 You ended at a punch box where you picked a hole and got the prize inside!  A PJ Mask character! 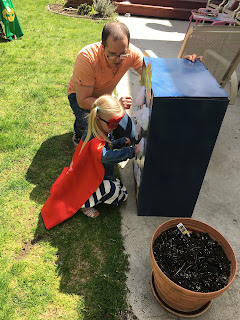 Liv originally ended up with one of the villains but after everyone had gone through she was able to trade it out for Owlette.  Best day ever. 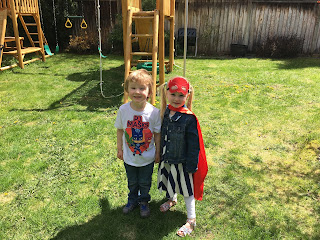 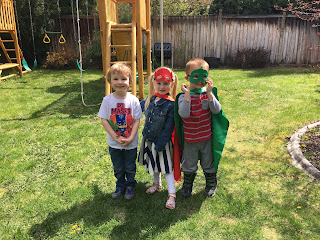 Liv left so excited.  She got to keep all her Owlette gear and had a fantastic time celebrating Brady!
Posted by Kim at 12:42 PM