Did you get that? Snow day. Preston was overjoyed. SNOW! And no school. What more could a third grader ask for.

On the other hand, I'm not a fan of snow.  Or being cold.  But I sucked it up.  Because I love Preston.  And he was so dang excited.  So we went and found some sleds.  They were almost all cleared out.  Picked up Auntie Rissa. And away we went.  After we put on our five million sixty three layers.  All the layers. 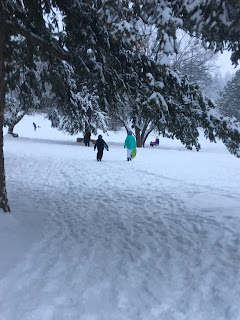 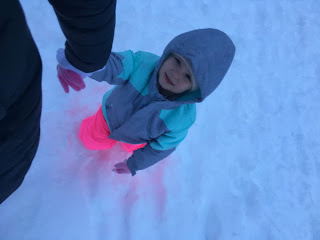 Hiking up the hill. With the kids.  And the sleds.  In all the layers.  Meant I wasn't cold anymore.  Ha! 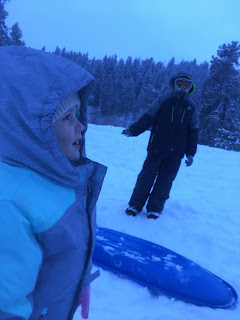 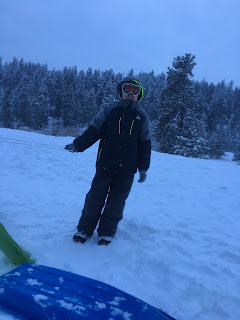 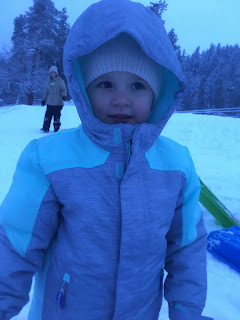 Some photos before we took to the slopes! 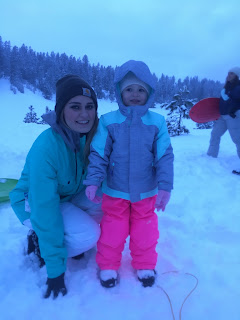 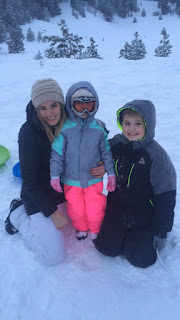 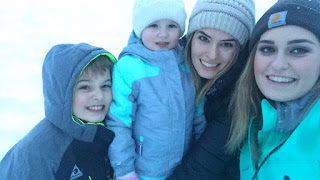 Preston was ready to go.  No fear in that one.  He wanted to hit the jumps.  Go even higher to the really big slopes. 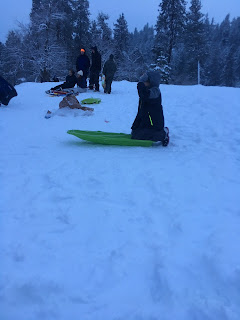 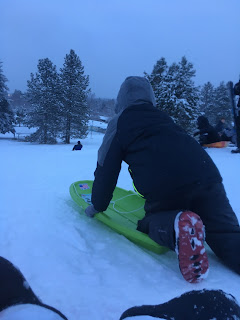 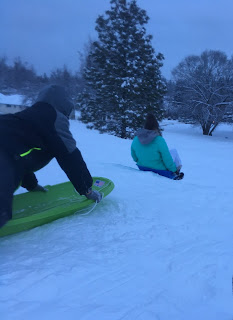 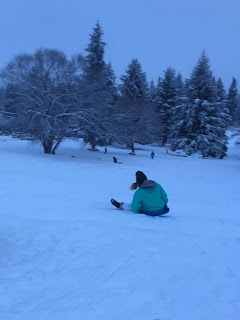 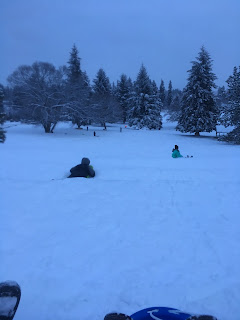 Liv needed to go with someone.  Even the "small" hill was a big hill.  Only problem was that me and her fitting on the sled at the same time meant my legs straight and then we'd hit the jumps or even the lumps and my feet would hit the ground and snow would spray up in our faces. It took a few tries to get the hang of it.  But she loved it! 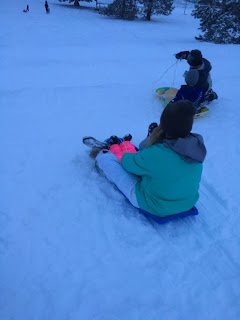 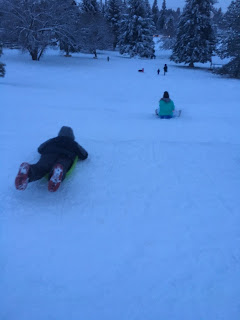 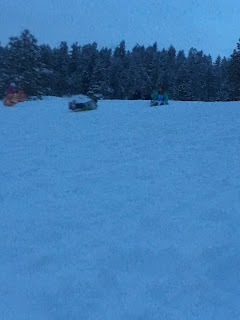 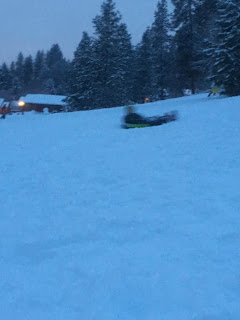 And our last run down the hill, Liv wanted to go by herself.  She rocked it.  I was impressed.  Probably all that practice trying to keep up with Preston! 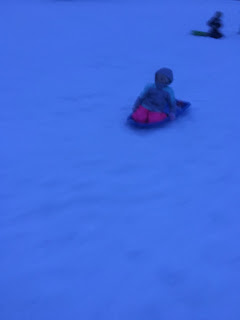 I might not love the snow.  Or winter. But sledding was a lot of fun! And we're pretty lucky that Auntie Rissa is always down for some fun!
Posted by Kim at 10:53 PM