Total downpour in June. After a fantastic winter.  It made total sense.  I mean of course rain rain rain on the day of the school BBQ. 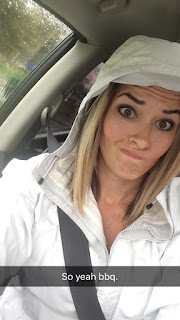 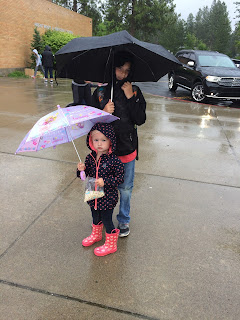 It was my volunteer day so Liv and I were already at the school when it was time for the BBQ.

The school just moved it inside and the kids really didn't seem to care either way.

Some of the girls in Preston's class playing with Olivia.  It's pretty cute how much his class loves her! 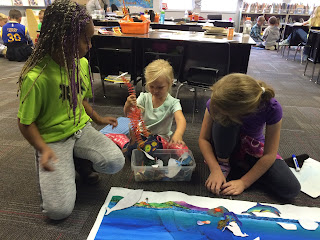 The crazy boys during indoor recess. 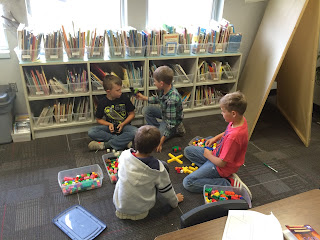 Indoor BBQ time.  What you didn't really think that Preston was going to eat BBQ! 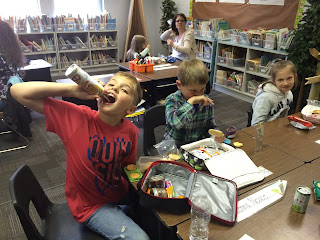 Meanwhile at the girl table with her friends. 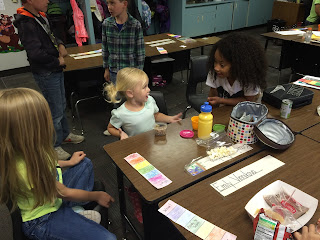 A big brother's job is also to annoy.  He does it well. 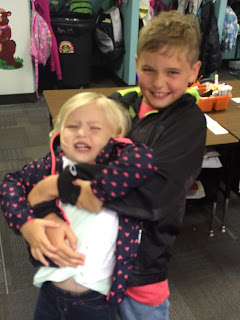 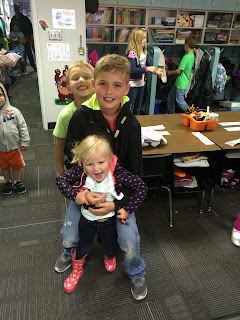 I wanted a picture of Preston and Olivia but then a bunch of kids wanted in on the action. 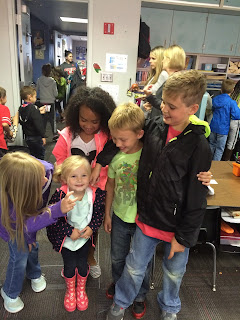 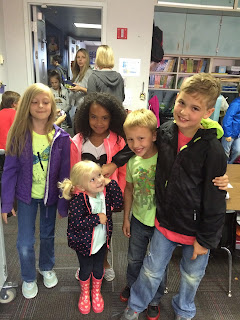 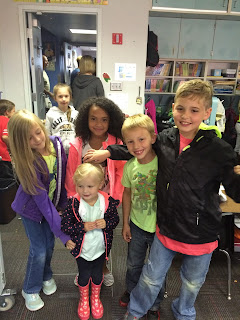 Even though it was raining and wet.  The kids still got to go outside for the whole school recess that was scheduled.  You know who doesn't mind rain? Kids.

Olivia was having the time of her life playing with the girls from Preston's class at recess.  And they were pretty awesome helping her and watching her. 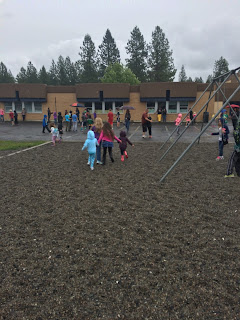 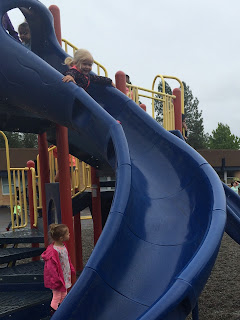 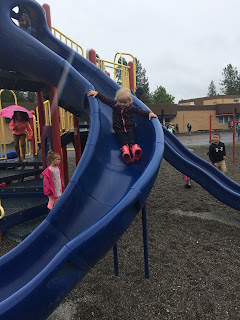 Oh look I found Preston!  He was off being a big boy all with his friends too cool for me. 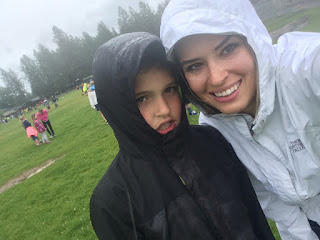 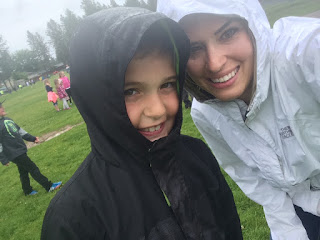 How cute is Olivia with her friends. 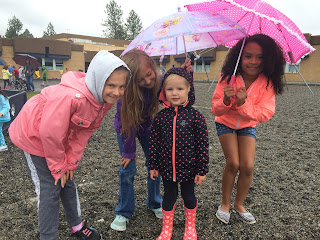 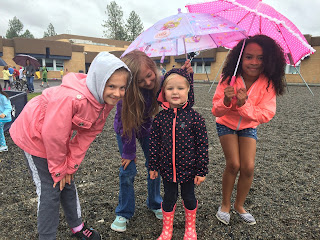 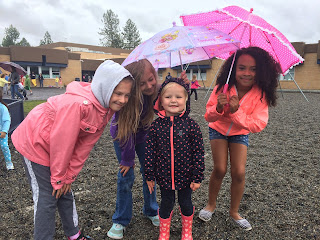 Even though it rained we still had a great time at the BBQ.
Posted by Kim at 2:17 PM