Mason is six.  SIX!  Can't even believe it. I was there when he was born.  Six years ago.

To celebrate we headed down to Lazer Quest to play a few games.  Well almost all of us.  Liv fell asleep on the way down so her and Brad headed home so sleepy could take a nap.  So it was just me and Preston...and everyone else.

Time for some games! 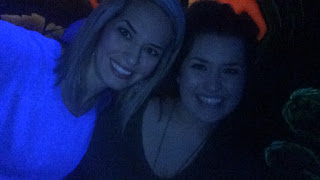 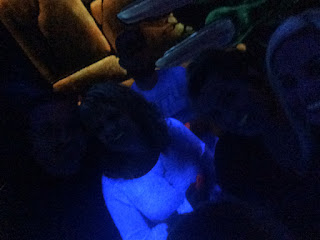 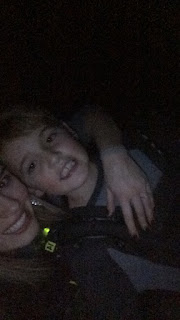 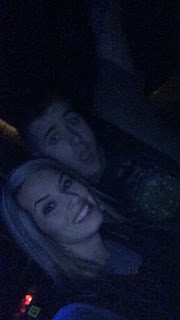 I didn't do so bad my first game.  Eighth place.  You know this game is a whole lot easier when you're playing a bunch of eight and nine year olds instead of adults.  Preston was DeathDragon. 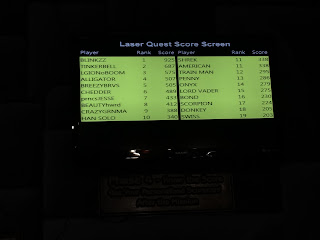 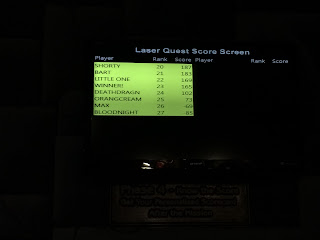 We played a total of three games.  It was exhausting.  And hot!  But so much fun! 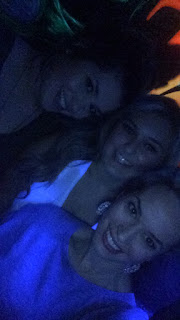 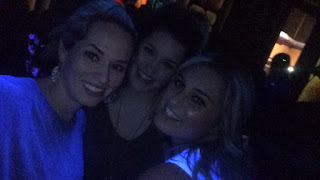 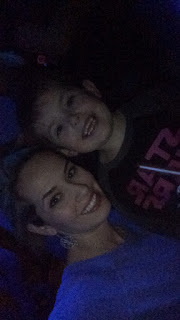 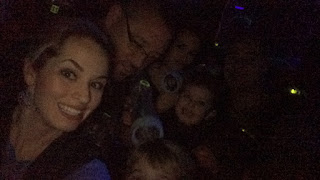 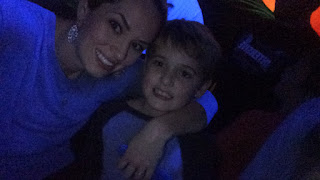 My brother was an awesome uncle and for the second game he traded Mason reactors so that he played Mason and Mason played him.  But didn't tell Mason.  I was confused by the whole thing when they declared who was who at the end because Matt shot me a bazillion times.  Then in the third game he did it with Preston.  Preston was pumped to see at the end that he was in first place!  It was kind of awesome too to see the guys in their low twenties jaws dropped when Preston stepped up as first place.  Pretty much made the boys night.  Mr Black Mamba. 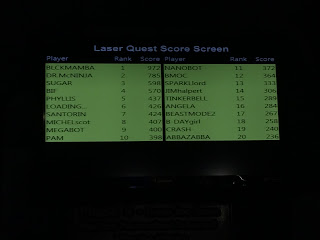 Me and the birthday boy! 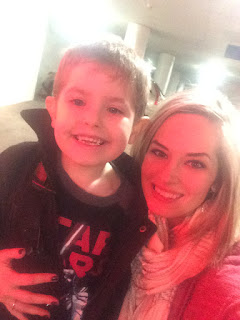 Six years ago and now!  Love this boy! 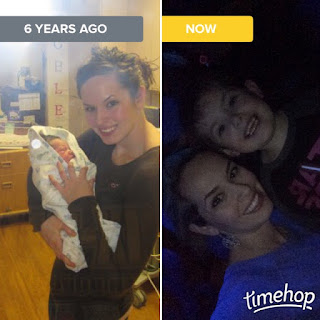 We of course headed to Red Robin.  Because that is everyone's favorite place for dinner. 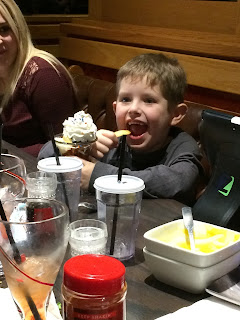 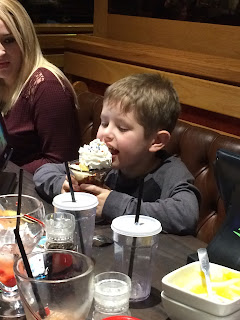 Happy Birthday Mason!  I love you!