While Nicole was in town, her, me, and Brad all snuck out for a night without kids! Don't worry we left them with Marrissa. It's not like we just left them at home alone to fend for themselves like the monsters they sometimes are! 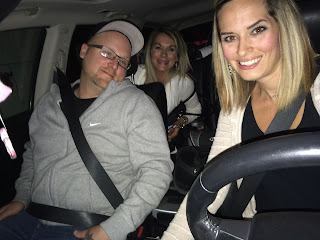 We started with dinner.  Well putting our names in for dinner.  Saturday night and Homecoming happening at schools around us meant there was a wait. 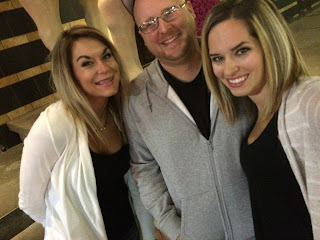 So we did some shopping and headed back so we could grab seats in the bar and Nicole and I could have a drink.  Yum! 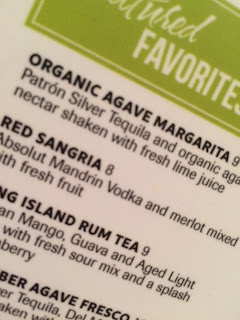 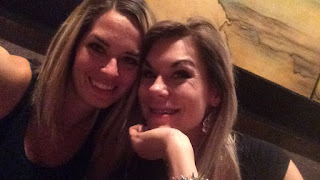 After dinner we were on our way to Lazer Quest!  What can I say after a birthday party there I needed to go back! 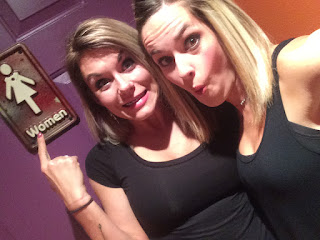 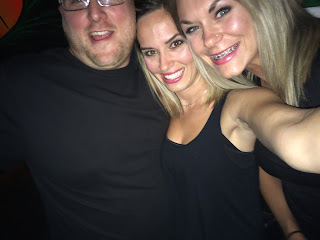 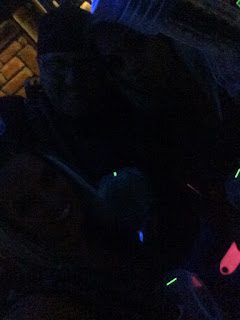 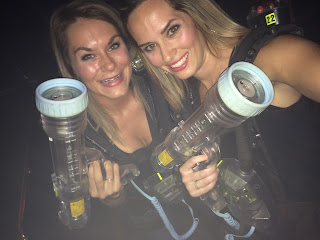 It's blurry but I had to include it to show how serious we were.  Hair up shits real second round! 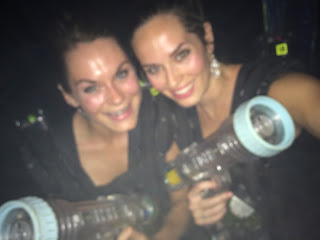 I'd like to say we kicked ass.  But it was a sad day.  You guys it is way harder when you aren't playing a bunch of eight year old boys!  Imagine that.

Brad looked at his sheet and made some comment about me shooting him so many times.  Only to realize when we got home that he was looking at the collumn for people HE SHOT!  He shot me so many times. I'm a lucky lady.  Ha!

All hot and sweaty after two rounds of lazer quest and one of them being an Ironman game! 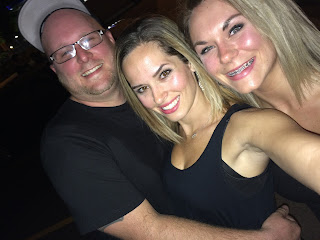 Meanwhile at home the boys were being boys and the girls were all snuggled in for a movie! 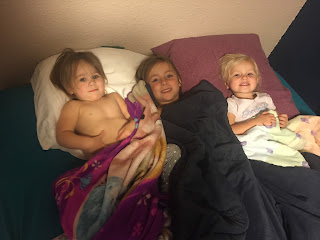 Thanks for babysitting Marrissa!