Our last morning in California after furiously packing everyone up, we met up for breakfast and good-byes!

My Aunt Kelli also took a photo with the kids to show Sienna that Olivia loved her!  Ha! 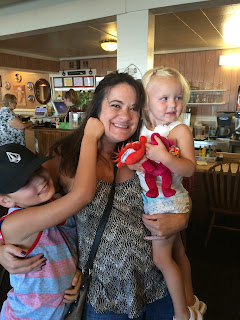 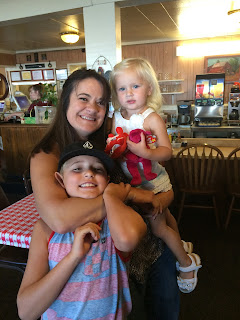 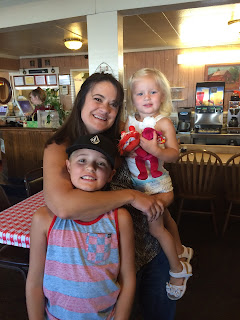 Preston was so cooperative. Obviously.

I hopped in.  Because I was there too. 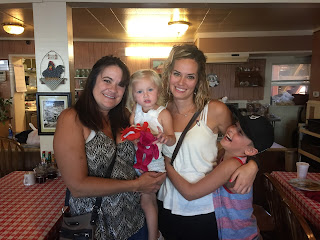 Forced my Grandma to take a selfie with me before hopping in the loaded all the way up car to head home! 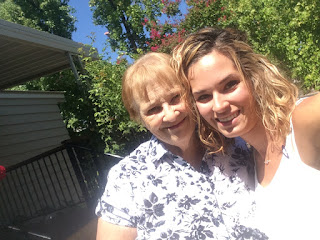 We made it to the airport.  We had to take a train from one end of the airport to the next.  The kids were pretty excited! 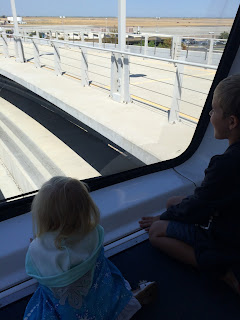 This is where things got fun.  We hopped on our first flight.  Only to sit for about an hour.  Waiting.  Then were told that we were going to have to hop off because they needed to check some things on the plane.  Kept reminding myself that we were so grateful that they found something run before we took off and not after.

But.  That meant we had to hop off the flight.  And find another connecting flight.  Luckily there was one that was leaving in an hour and we would still make our connecting flight to get home.  Just barely.  Like ten minutes to get from one end of the airport to the next.  Stress!

We'd also lost our layover.  So we needed to get food!  Because the original plan had been to grab dinner during our layover.  Not so much anymore.

After grabbing food we had just enough time to hop on our flight and find seats.

At this point we had already been trying to travel home for like four hours and still hadn't actually gone anywhere.  My poor kids!

Luckily they were rolling with it! 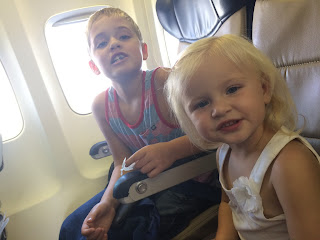 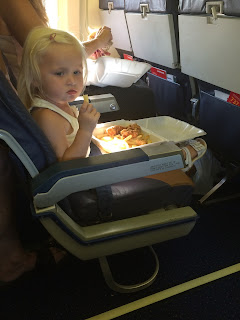 At least the views on the flight were good! 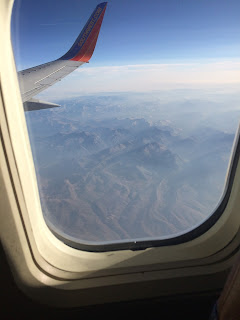 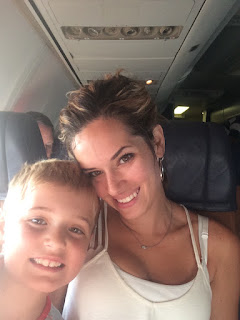 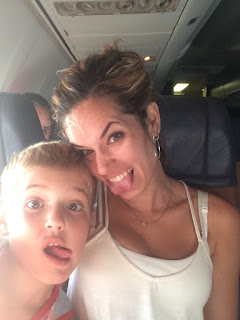 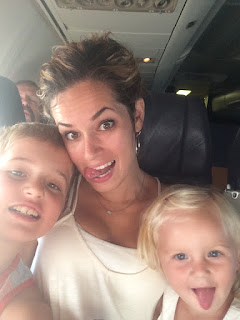 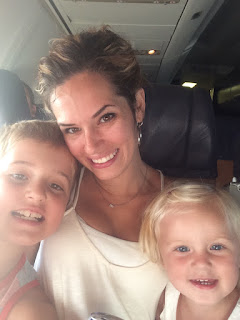 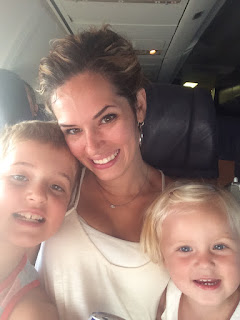 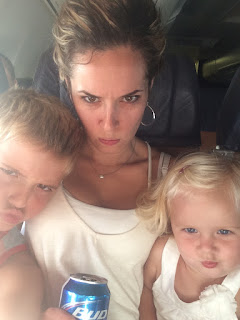 Big girl pretending to talk on the phone.  The imagination on this one. 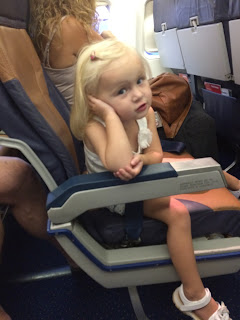 We landed and booked it from one flight to the next.  With Preston's broken flip flop.  All of our bags.  Olivia.  My Mom.  It was a mad rush.  To a full flight.  Where we very literally had to walk all the way to the last rows.  To get our seats.  Two on either side.  Not how I'd planned on spending our flight home.  Boo!  But we made it!

And then spent a couple hours flying home.

Someone please tell me why it is that all of our flights home go so wrong!?