Preston and I have been here before, but it was Olivia's first time!  At John's Pizzeria!  Otherwise known as Chuck E Cheese on steroids.  We were ready!

Some of us more than others!

We started with the rides.  I didn't think Olivia would be able to ride this one.  She's a good three inches at least shorter than you're supposed to be but they let us through.  Liv was a little nervous but said she wanted to ride so we hopped on! 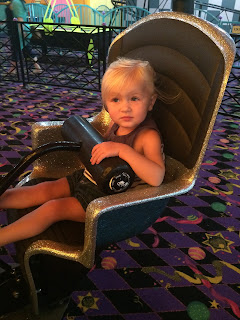 Preston being an old pro didn't even ride in the same spinning flying thing as me.  Him and Emmy had their own!

Doing some driving with Grandma. 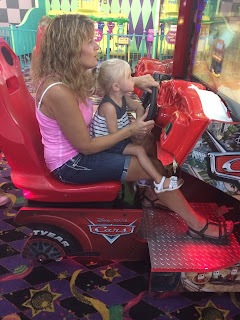 Grandma won her a teddy bear!  She was very excited! 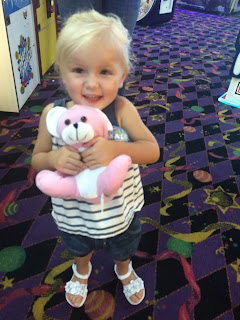 Another ride!  I swear he's having more fun than the fake smile on his face says.  Preston hates taking pictures! 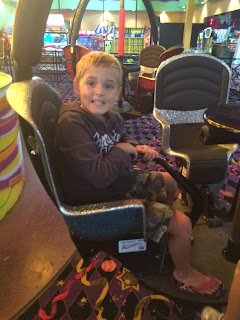 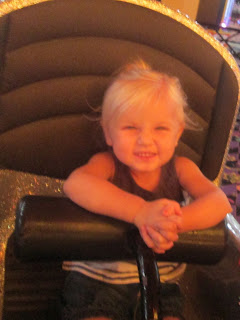 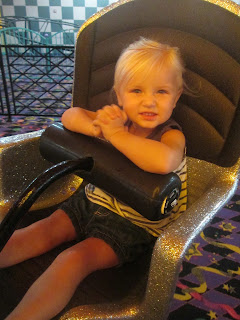 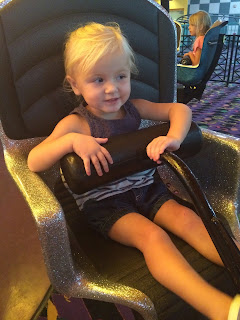 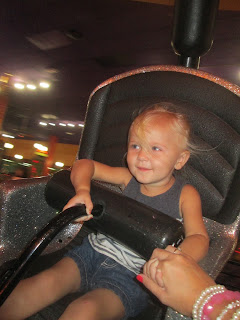 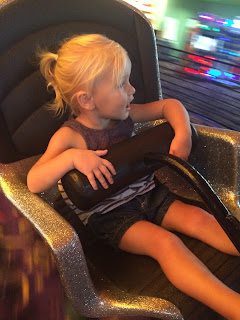 Spinning and flying!  Seriously the kids all love this ride! 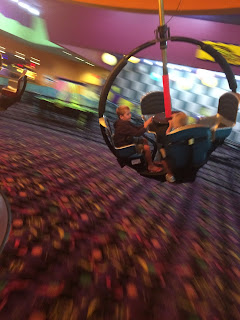 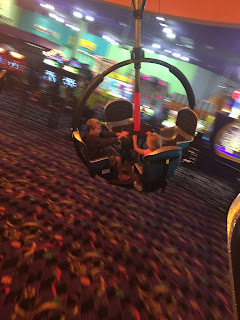 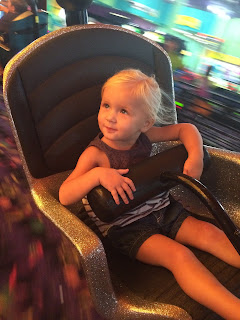 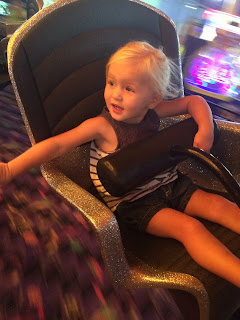 Throwing her hands in the air! 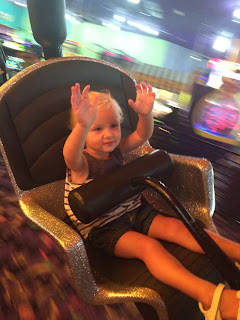 She had so much fun! 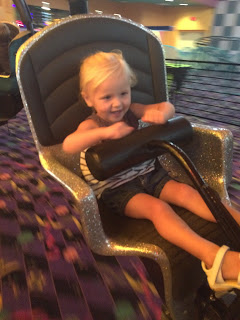 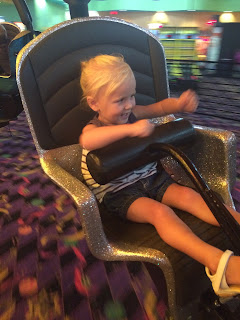 Preston rode the frog hopper too! 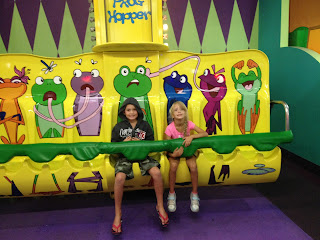 I wish I had gotten a pic of the kids with their favorite game.  It's like one of those candy drop or stuffed animal drop games.  Only inside was toy dinosaurs.  It took us forever and a day to get our card to read.  But then this super awesome guy helped us out and showed us how to win the dinos!  Preston won a few.  But only the herbivores.  And he wanted a carnivore so bad.  Of course first time through, Olivia gets herself a carnivore.  Preston was not thrilled.  He tried to trade and Liv wasn't having it.  I finally told him that he had one more shot at it.  And low and behold he won himself a carnivore!  Hurray!

I forced the kids into some photo booths with me.  Because what fun is it to not pop into a photo booth?

And again when we left found myself wishing that we had something like this at home.