Build A Bear With Auntie Jessie

For her birthday Jessie asked if she could take Olivia out to Build a Bear and they could build her gift out there.  I told her if Olivia was up for it, they could have some fun!

So Marrissa and Jessie swung by to pick up Olivia and drop off Mason.  Then they headed to the mall for some girl time.

Olivia chose the Anna Bear!  And I'm told she was terrified of the entire Build a Bear process.  Not that surprising given that Liv doesn't love strangers.  She just wanted the already built bear.  She didn't want to do it herself.

Olivia might not have loved building the bear but she did love the part after.  Picking out all of the accessories!  I tried to warn Jessie about Olivia's love of shopping but having taken Mason there many times over she expected Olivia to just want the bear like he does.  Not so much.  Anna Bear left not only with her song and scent but also her dress, hair ties, and a pair of shoes that Olivia insisted she needed!

She does love her all prettied up Anna Bear from Auntie Jessie! 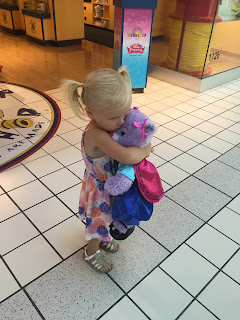 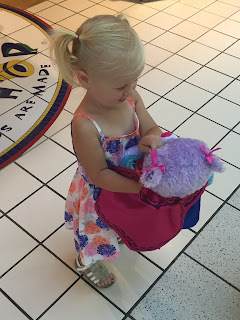 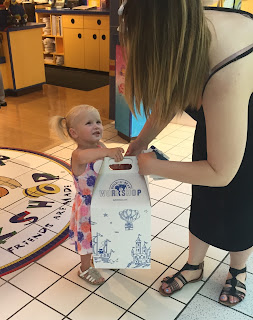 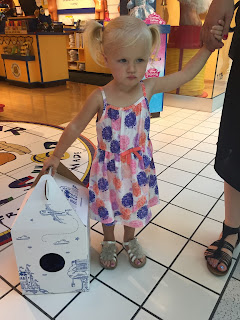 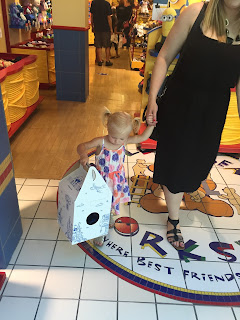 After Build a Bear they stopped in at Children's Place for some more shopping.

They were looking for a pretty dress.  I'm told Olivia had quite the opinion.  She pointed out no to some and finally yes to one!

A stop for french fries on the way home and my girl passed out! 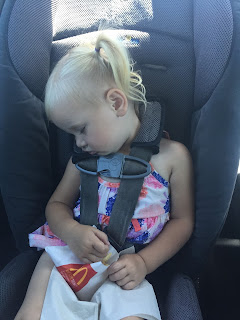 Shopping is a lot of work!  I know she had a lot of fun!