Brad had to run by my Aunt and Uncle's house to take a look at something, so we tagged along!

Can you blame us? I mean she lives here! 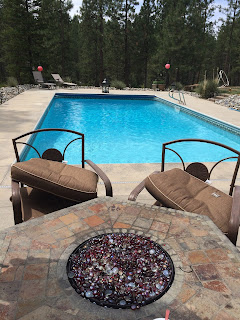 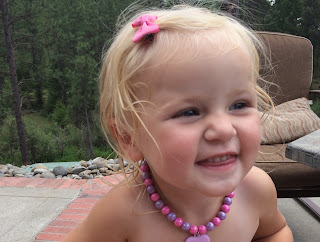 And also nakey after I let her stick her feet in the pool and she pretty much tried to drown herself.

Taking a look at the pretty glass fire beads. She liked them a lot.  And Aunt Sheli was helping her find the prettiest ones! 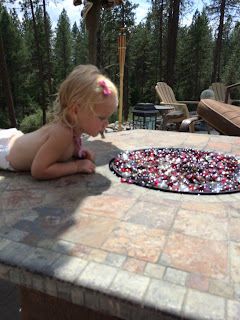 Trey was building a rock waterfall off the patio.  Preston was watching and had no desire to help.  Until it was mentioned that Trey could swim when he was done.  That got Preston's butt in hear to help. 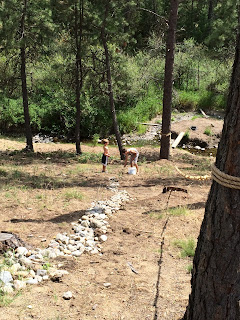 A job well done!  Plus Aunt Sheli had some floaties for Olivia!  Apparently my girl is quite the water girl. 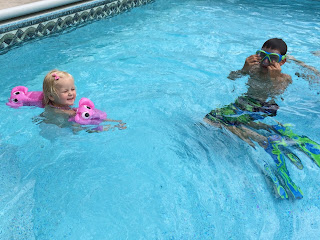 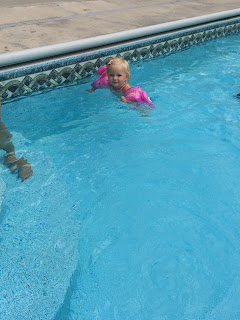 She even did some floating.  Pool life! 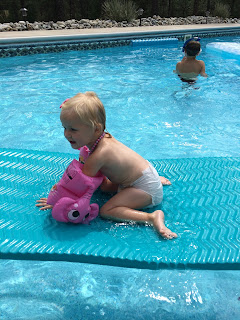 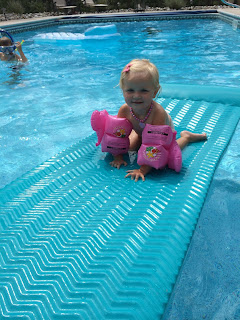 She was loving swimming all over the pool.  I had to keep having her brought back over to the stairs by Trey.  Little brave baby! 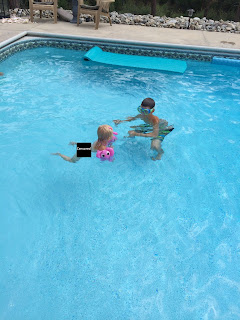 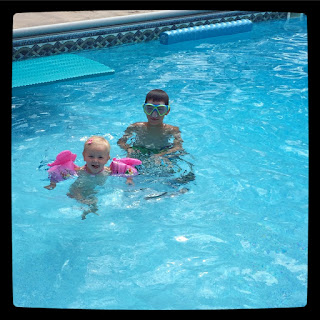 Preston had a blast swimming too.  He borrowed a pair of their flippers, snorkel, and mask.  And spent most of his time diving and underwater.  Do you have any idea how hard it is to take a clear photo of a boy who doesn't stand still and hates having his photo taken?  Add in that he's under water most of the time and I had about as many good photos of him swimming as they do of the Loch Ness monster!

Water babies are the best when summer rolls around!