For his birthday a couple of years ago Preston got butterflies! Well he got a butterfly net to watch them grow in and a voucher for a container with real live caterpillars! We were all sorts of excited. Then chaos. Just life really. We had things planned during the summer and you need it to be warm out so we never ordered the caterpillars. 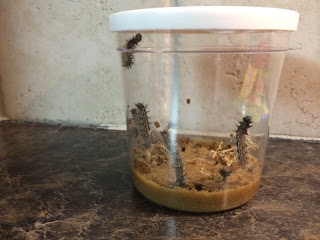 It's kind of awesome.  They arrive in the mail in this container and their food is already in there so we didn't have to do anything except watch them grow.

Four days after they arrived they started to turn into their chrysalis'!  I think I may have been more excited than Preston. 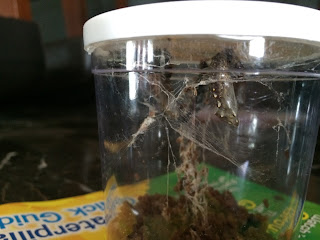 It only took a day for all of the caterpillars to be hanging up there!  I couldn't believe how quickly they all started turning. 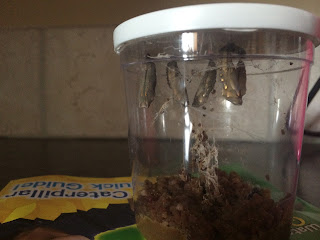 I was a little bit sad that I didn't get to see any of them crawl up there. I just saw them hanging and then would come back and they were gooey until their shells were hard.

When they were all hanging we moved them into the basket and waited.

Six days later they started to come out! 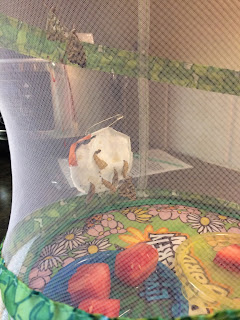 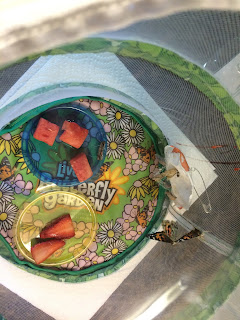 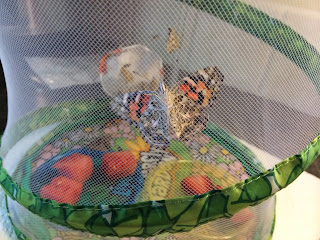 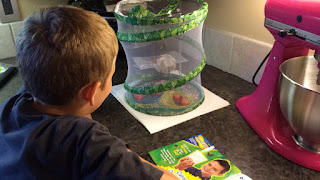 Preston was as excited as I was!  Our butterflies were coming out and flying around!  Watching them fly and eat and hang out was awesome!

Four days later Brad told us that it was time to let the butterflies fly fly away. 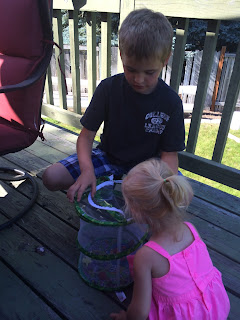 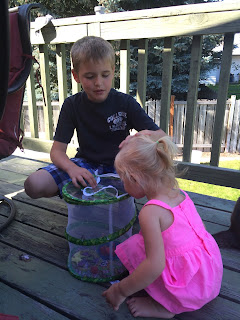 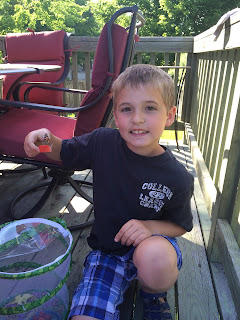 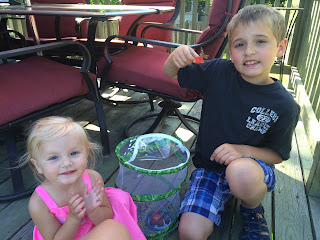 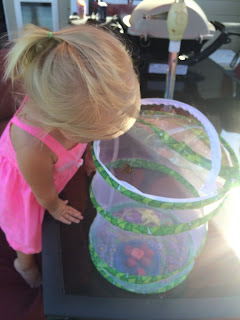 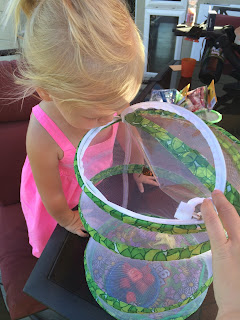 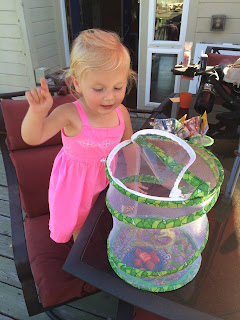 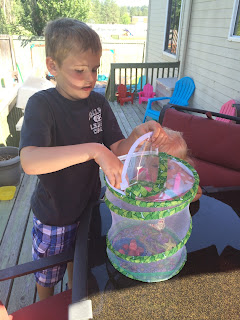 One by one they flew away!  Some were a little more excited.  Some got a little help from Preston.

We will definitely be raising some butterflies again!  It was so much fun to watch them grow!