Spring soccer is back!

A lot less photos this year.  It was chaos.  Soccer is way harder with two kids on the move.  Plus this season was just crazy.  I missed two games.  First two games ever I think.  I had scheduled a girls trip way back in August that it turns out was on the first game of the season.  BOO!

Preston had a great season!  He had so much fun playing with the Blue Lightning and his coach!  He's still loving soccer! 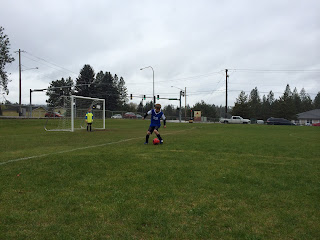 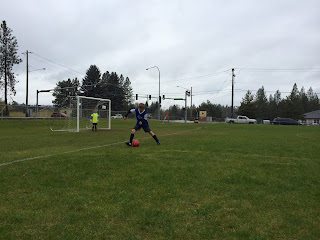 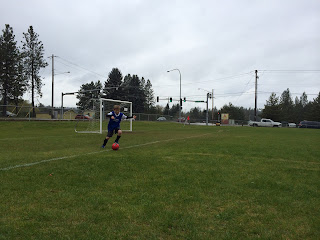 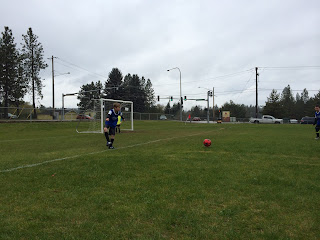 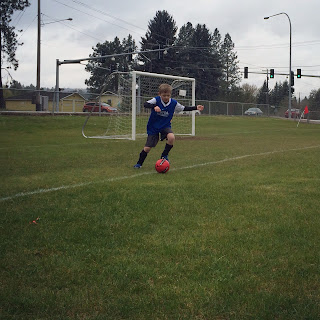 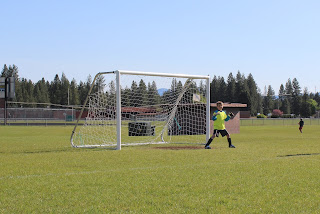 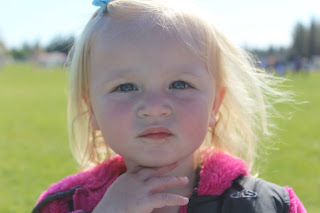 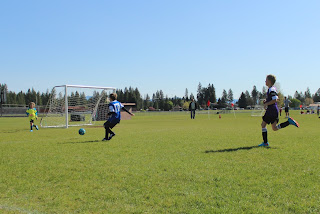 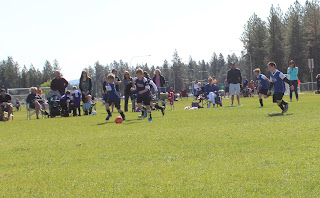 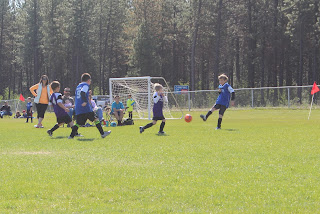 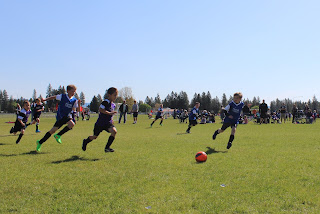 Preston had a few chances to move around the field this year.  His typical position is defense.  But he really wanted to try goalie.  He loved it.  And looked so dang cute in the goal box.  However as a parent I hated him playing goalie.  It was so unbelievably stressful!  He played a little forward and said it was exhausting!  All the racing all over the field and needing to know exactly where the ball was all the time was a lot of work, especially when as a defense with an awesome offense Preston wasn't used to so much ball action!  In the end he told me that his favorite position is defender!

The team played amazing together!  It was an awesome season!  Undefeated baby!  A great way to end the season!