Last year Olivia was just a baby so we all stuck together and followed Preston while he hunted for eggs on the big kid side.  But this year both kids were on the hunt!  So Brad and I divided and conquered.  With Brad and Preston taking the better flashlight. 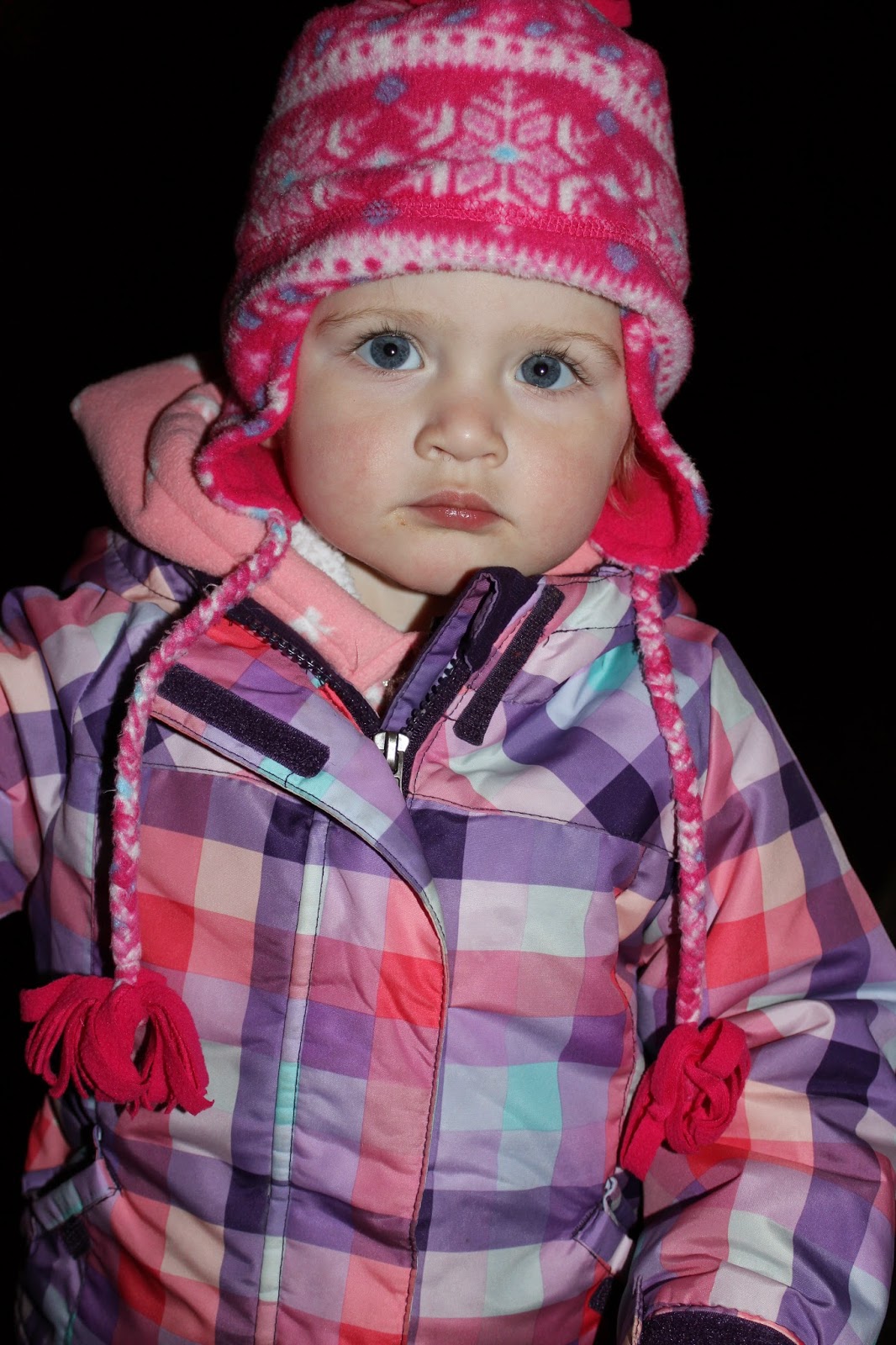 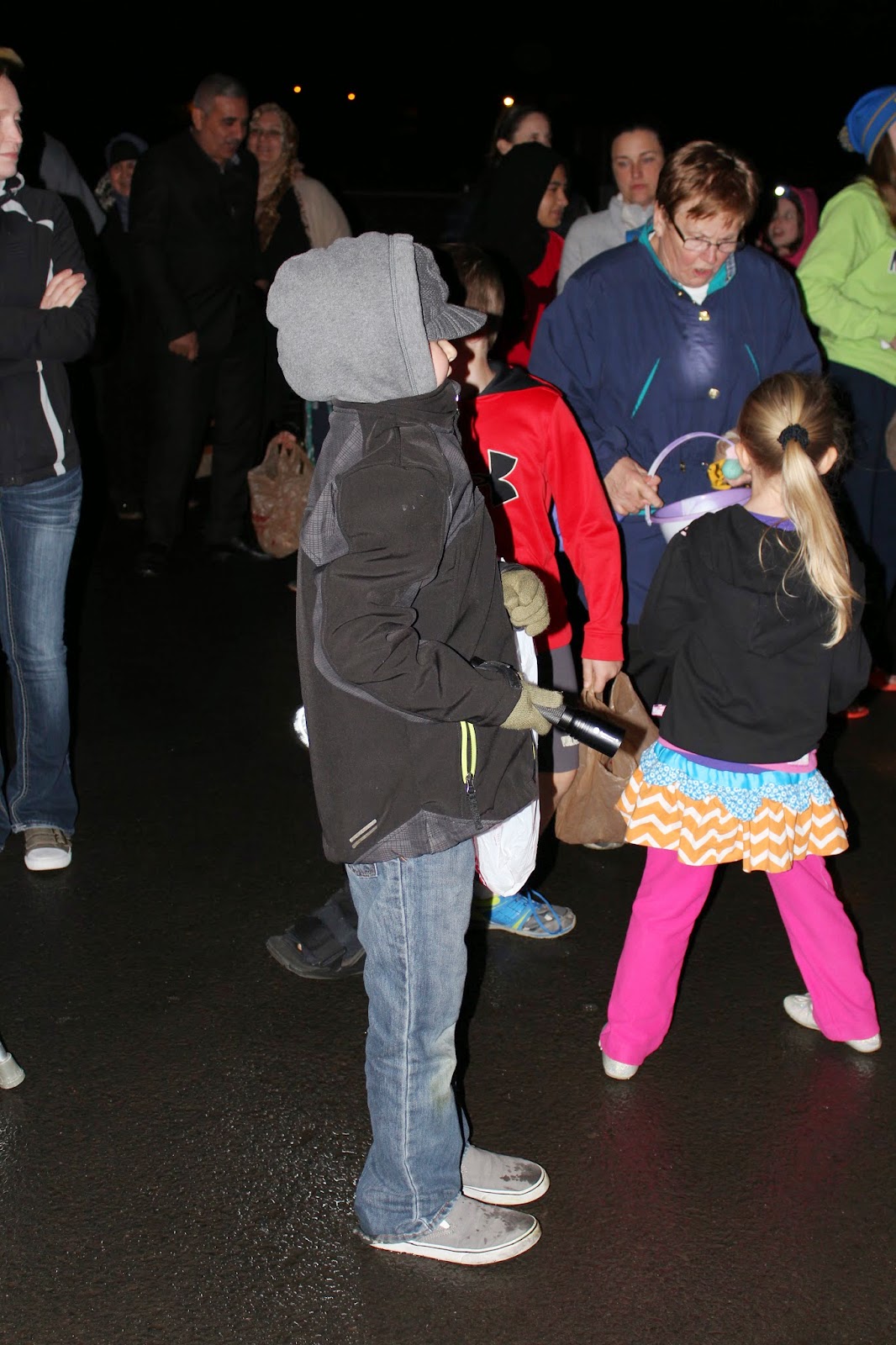 Brad took Preston on the big kid side.  Hence the lack of photos.  He may be a lot of things but that husband of mine is not great about taking photos.

Meanwhile I took Olivia into the little kid side.  It took her a minute to figure out what the heck was going on.  She was tired and it was dark.  But once she figured it out she was having fun!  Especially when she realized the eggs had candy in them. 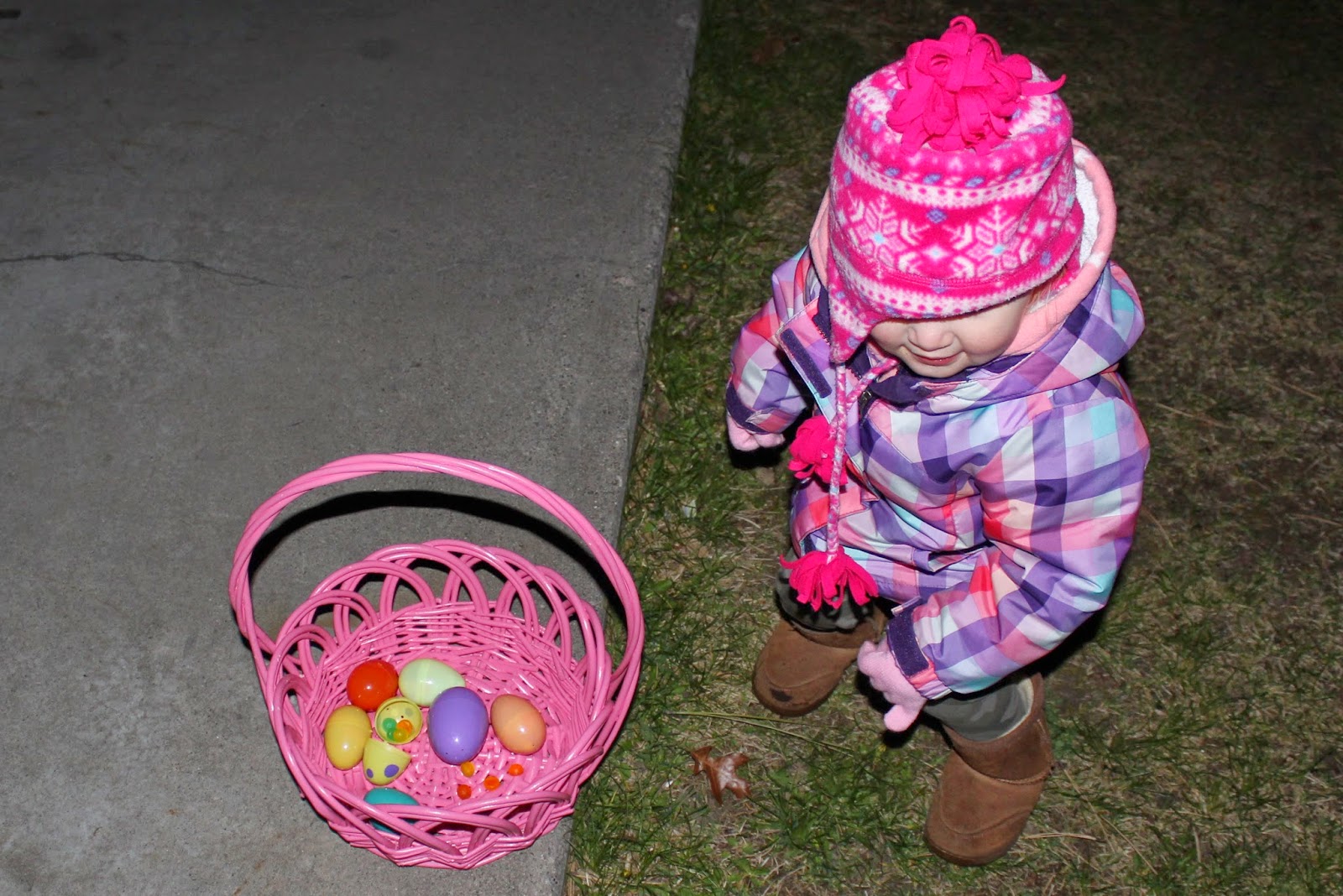 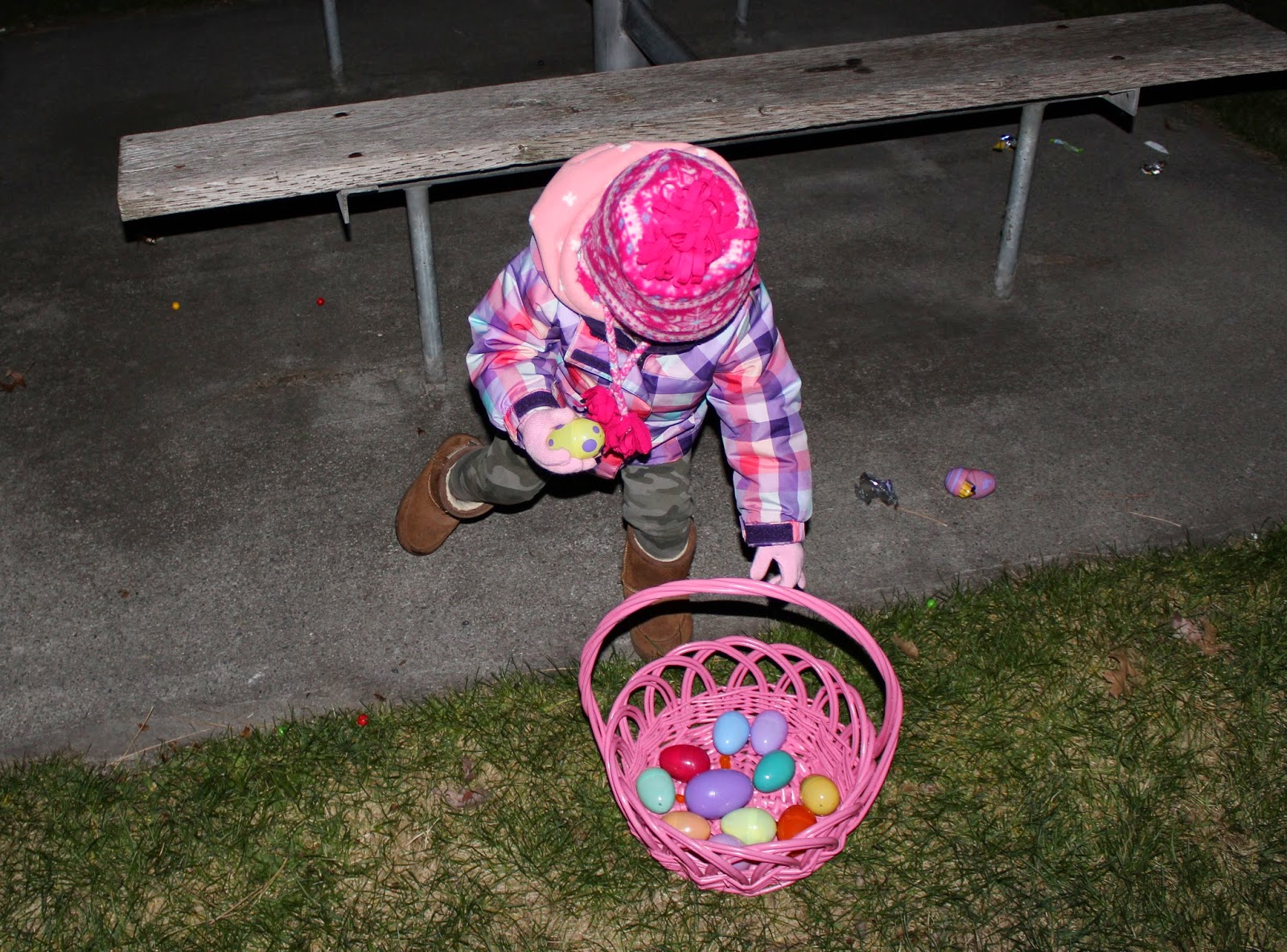 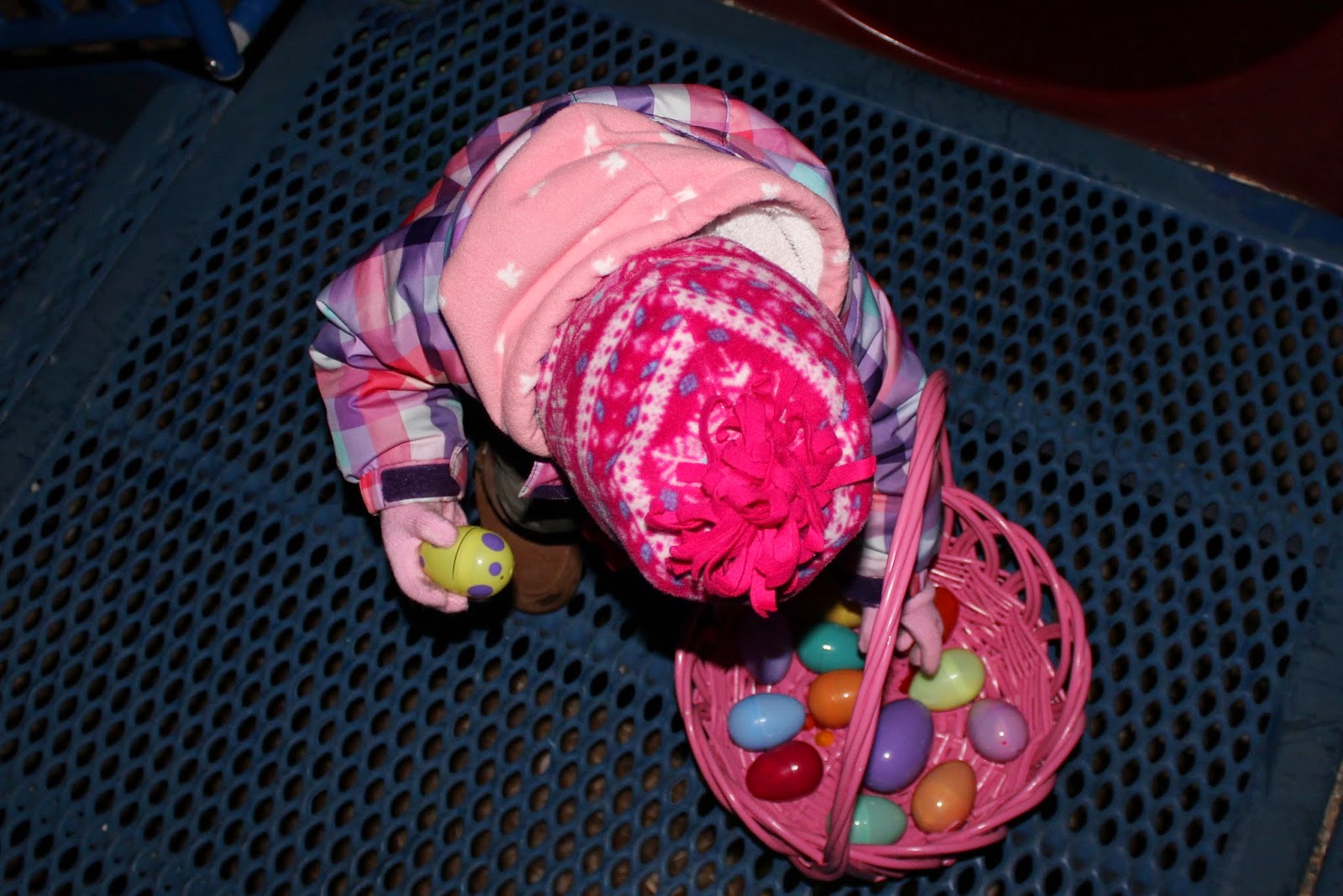 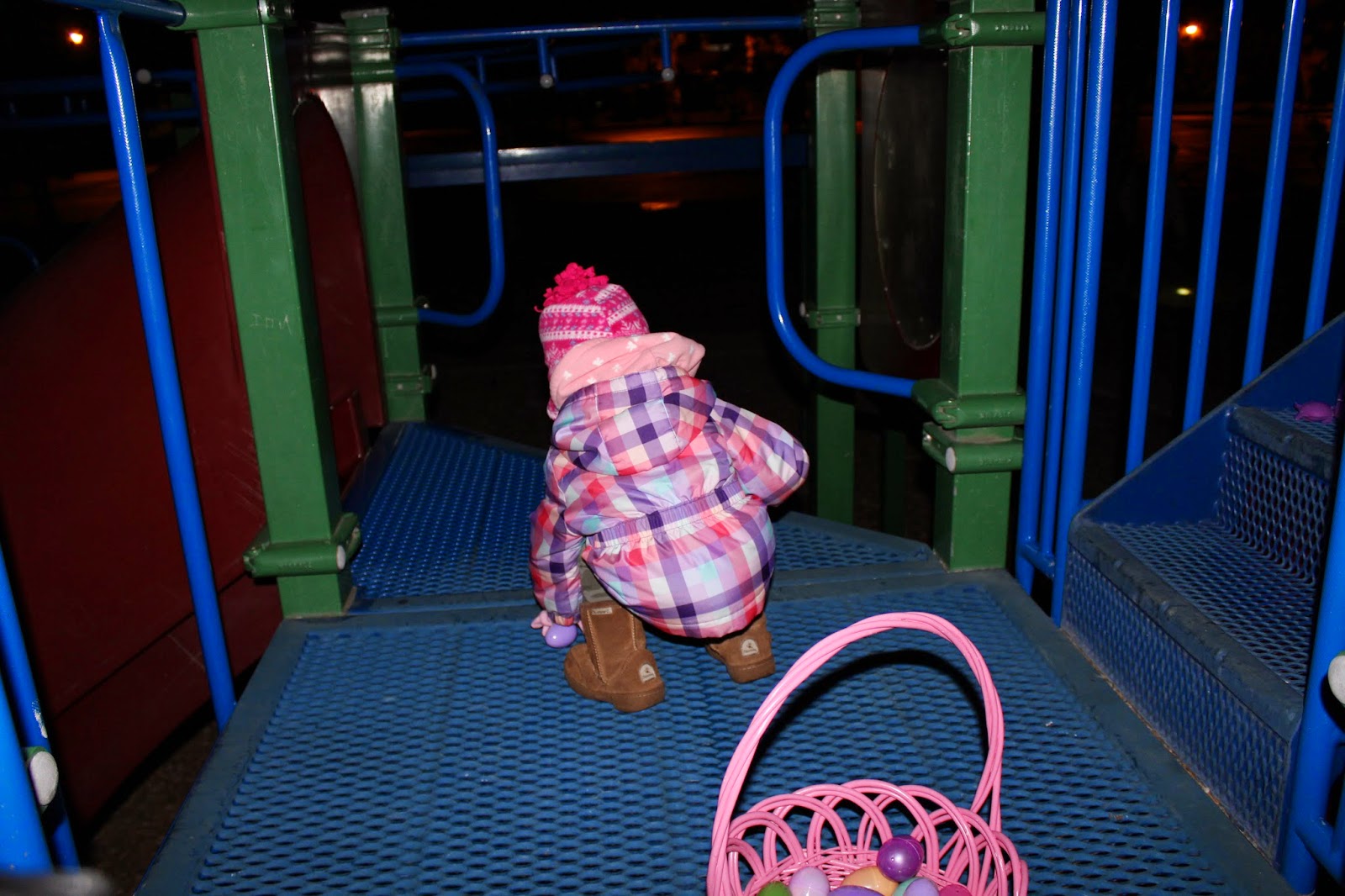 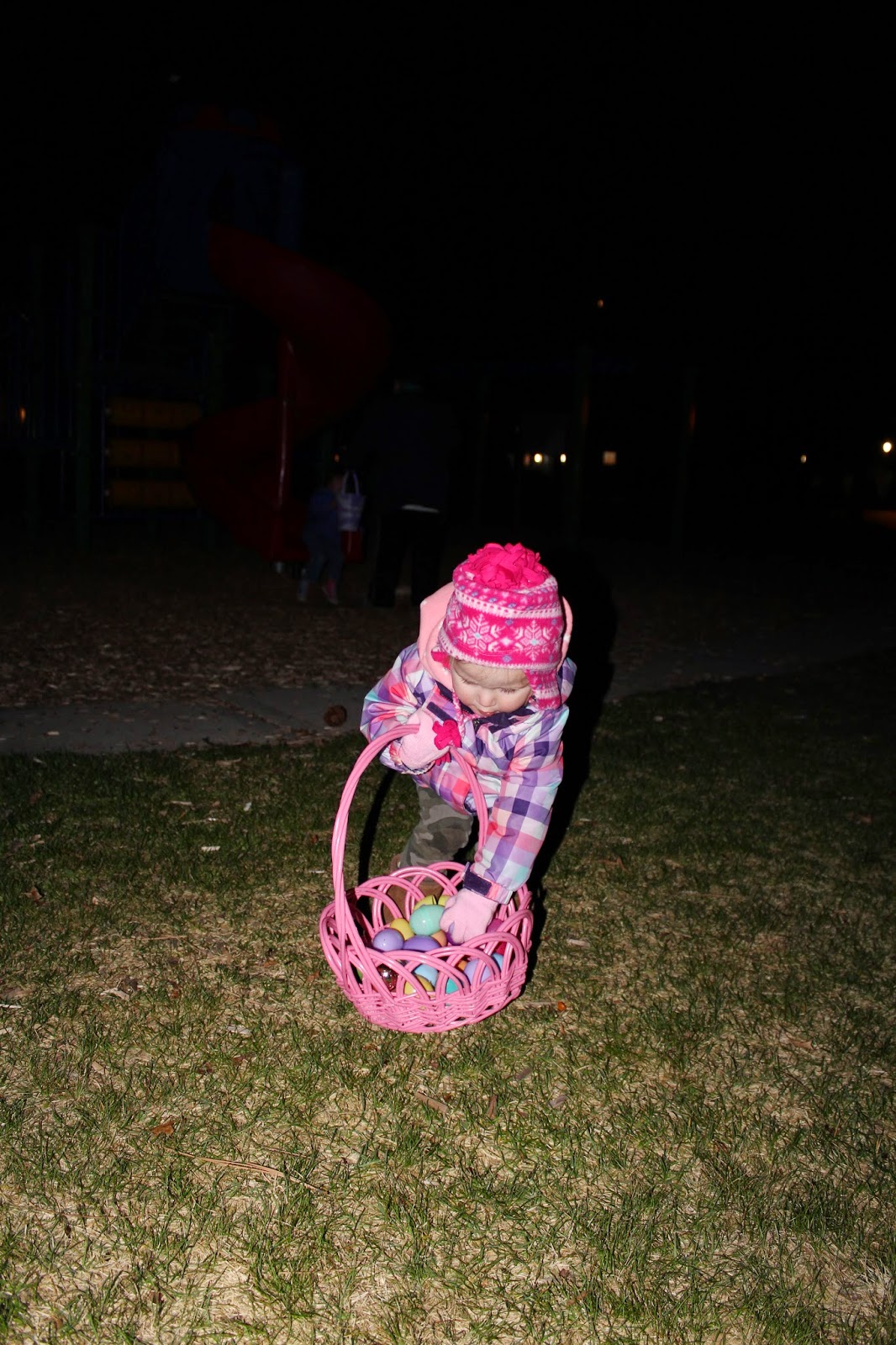 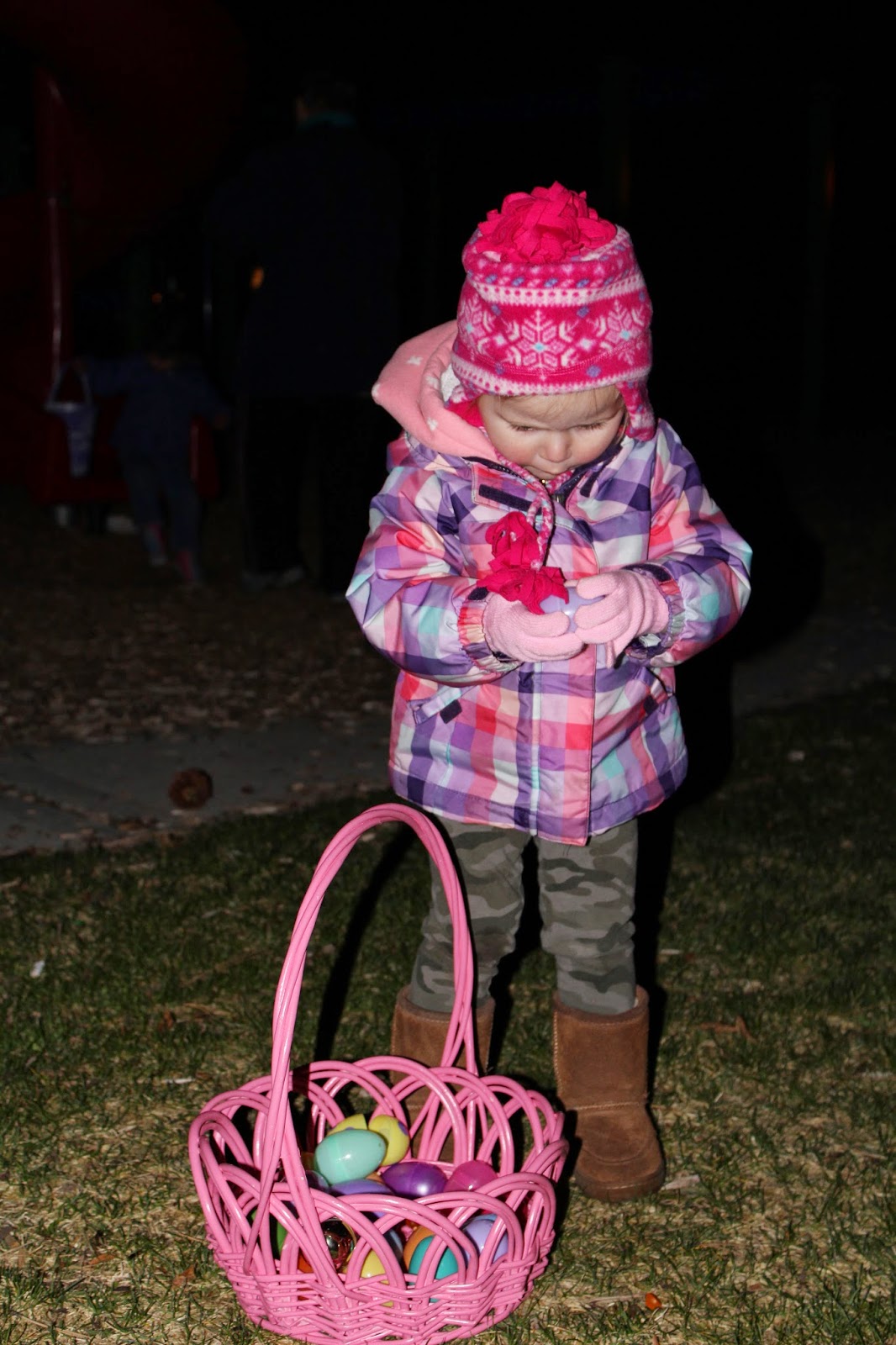 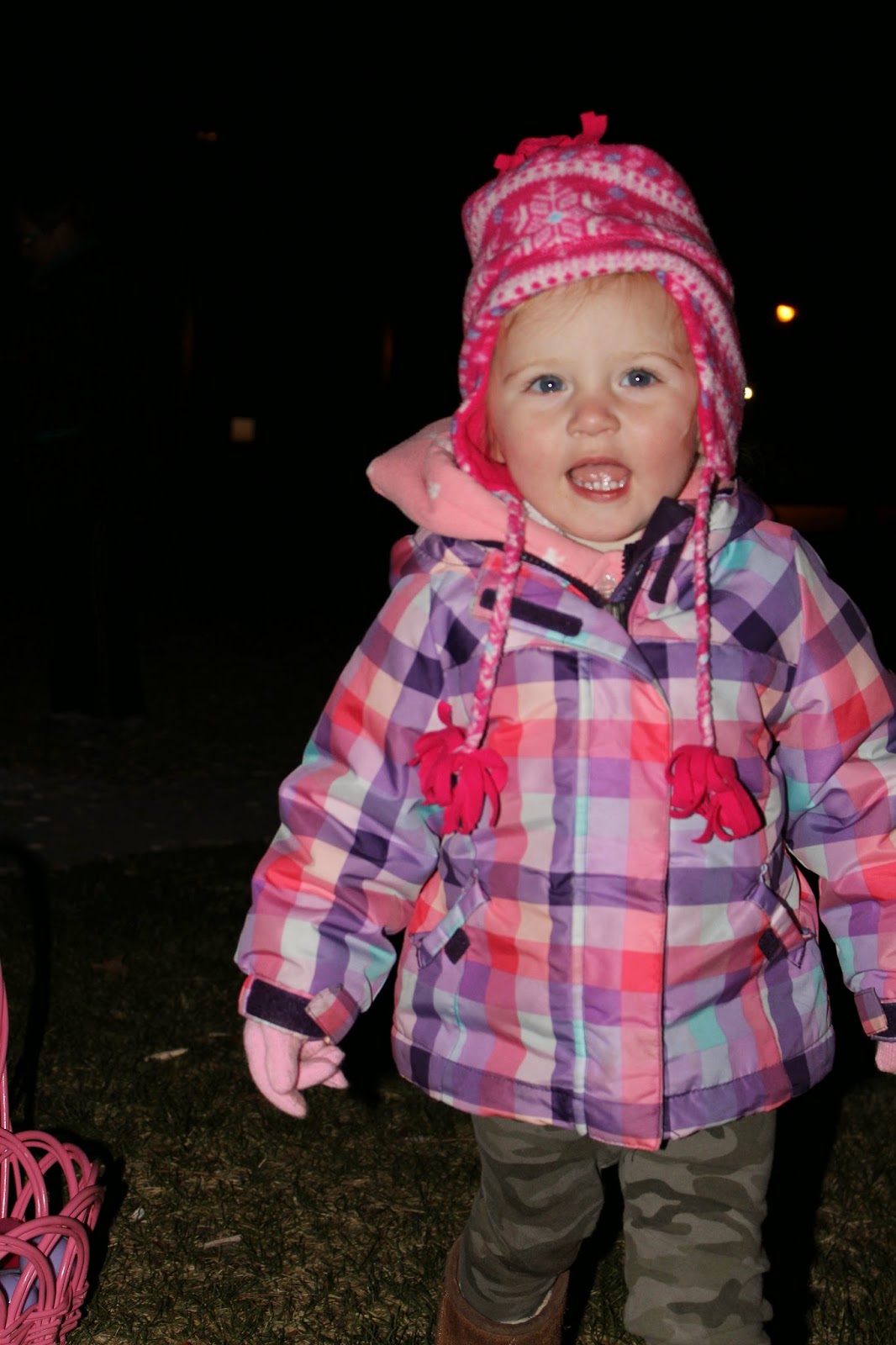 Olivia finished first so we headed over to catch up with Brad and Preston who were still hunting for eggs. 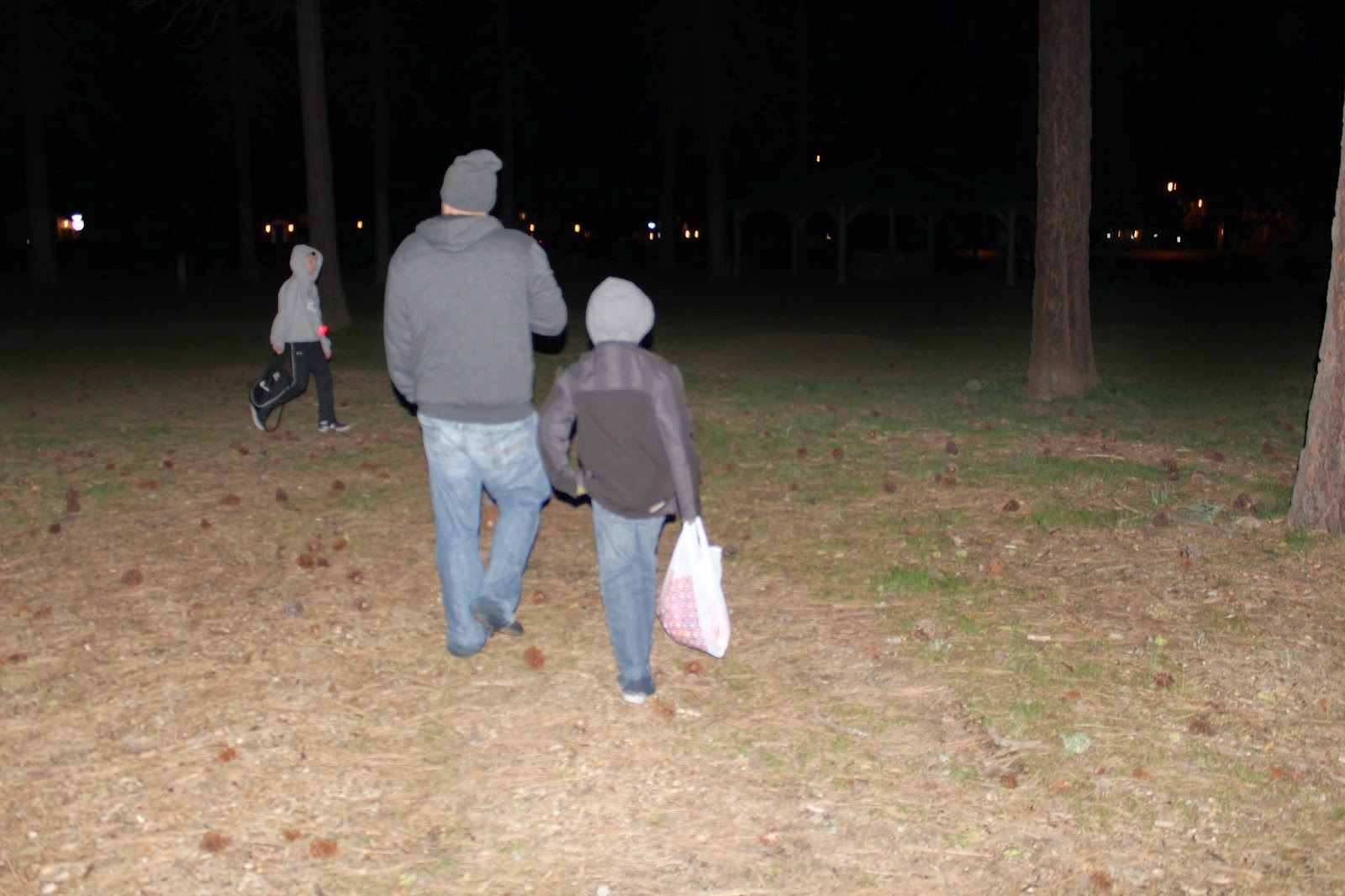 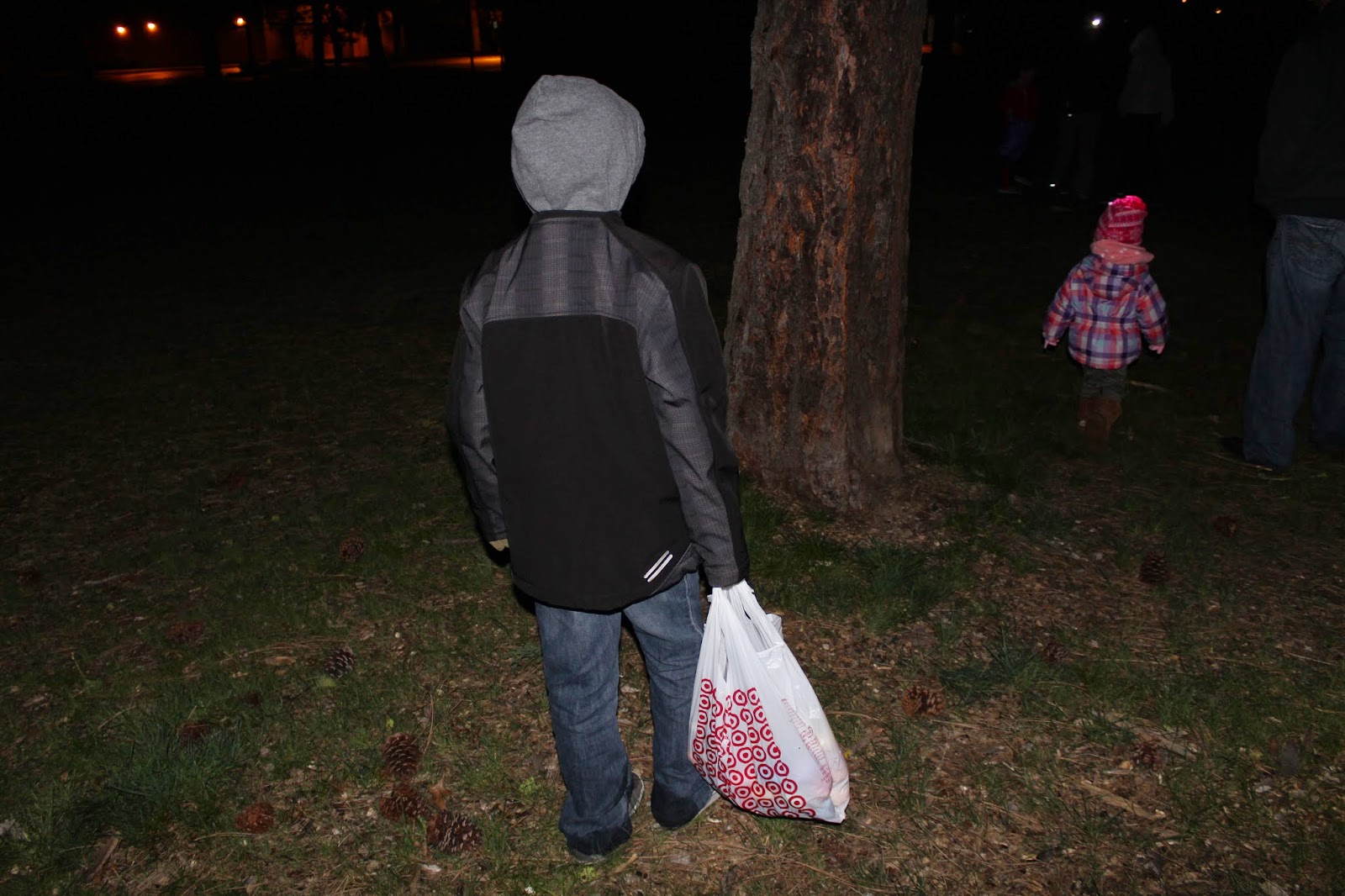 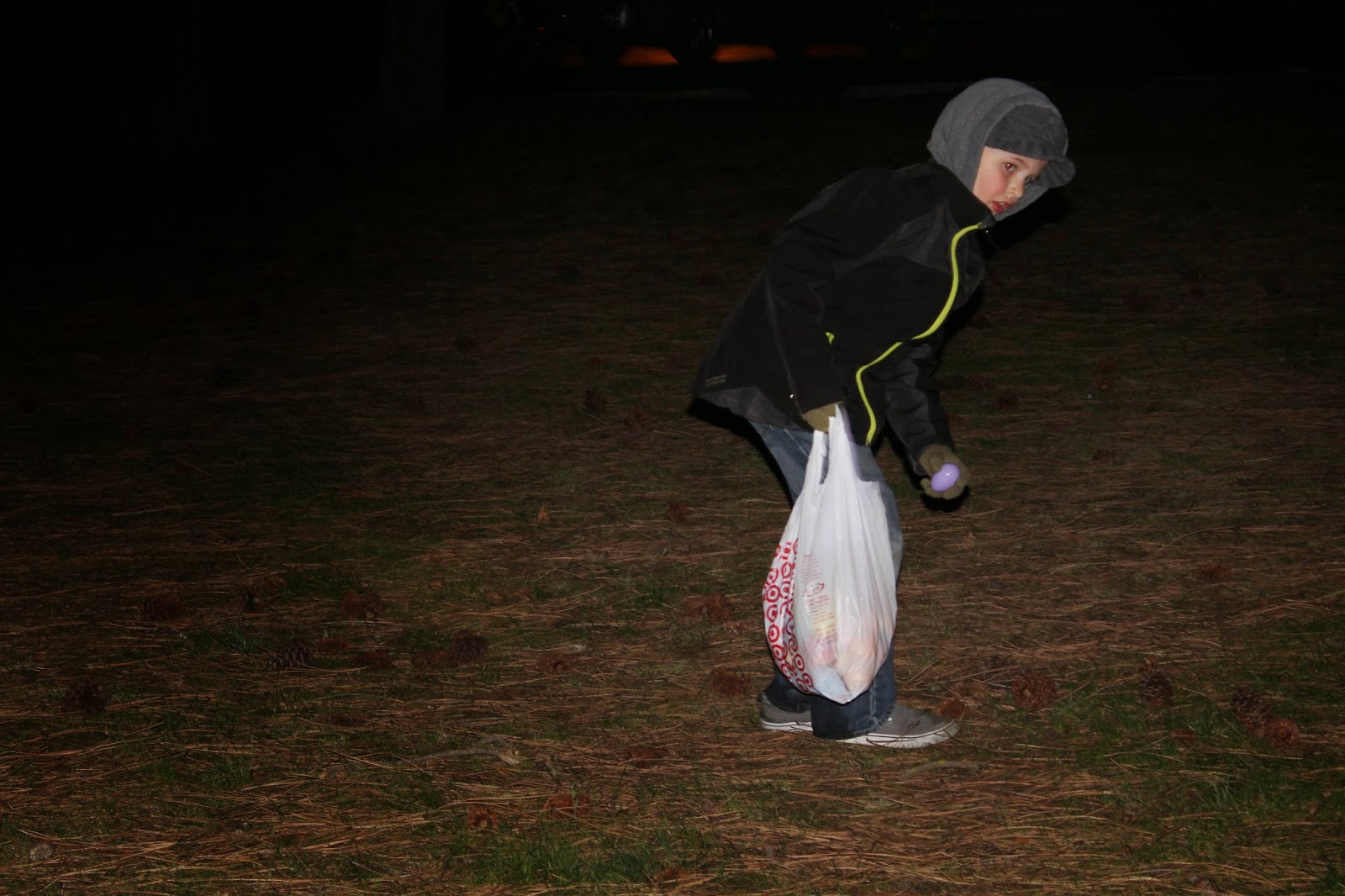 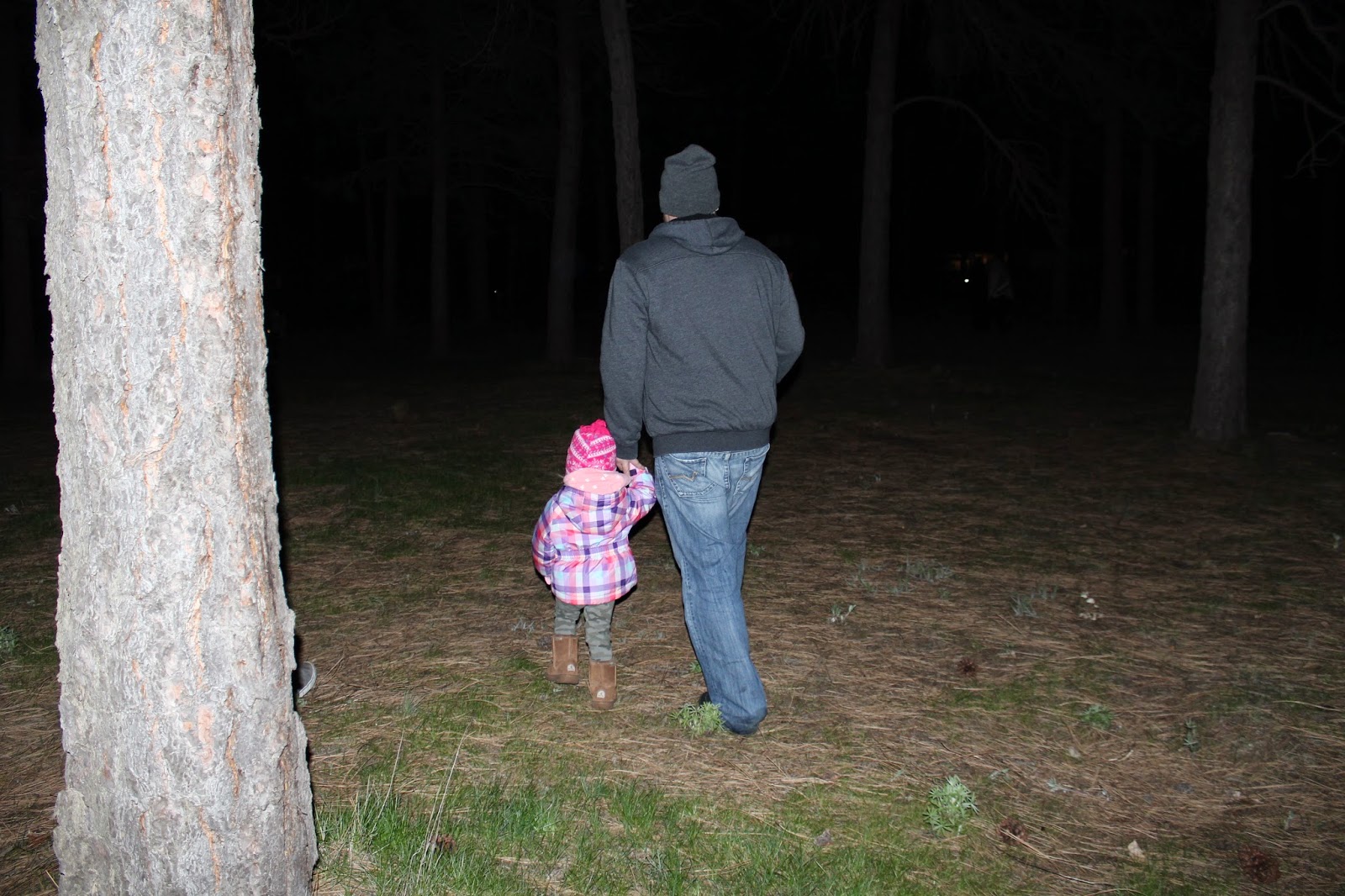 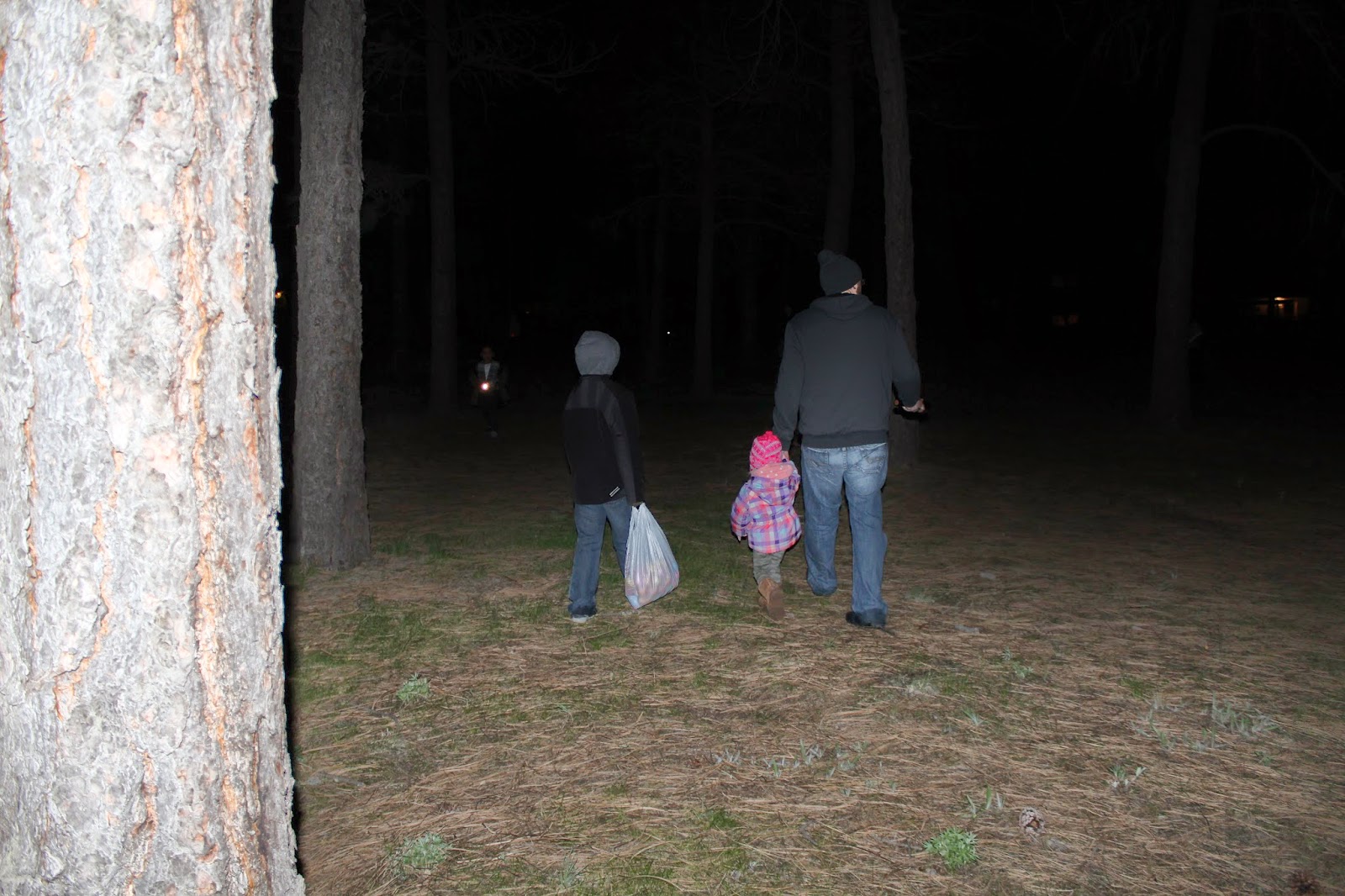 He found a golden egg!  With a $2 bill in it.  And was so disappointed because he thought there was going to be actual gold in it.  Poor kid. 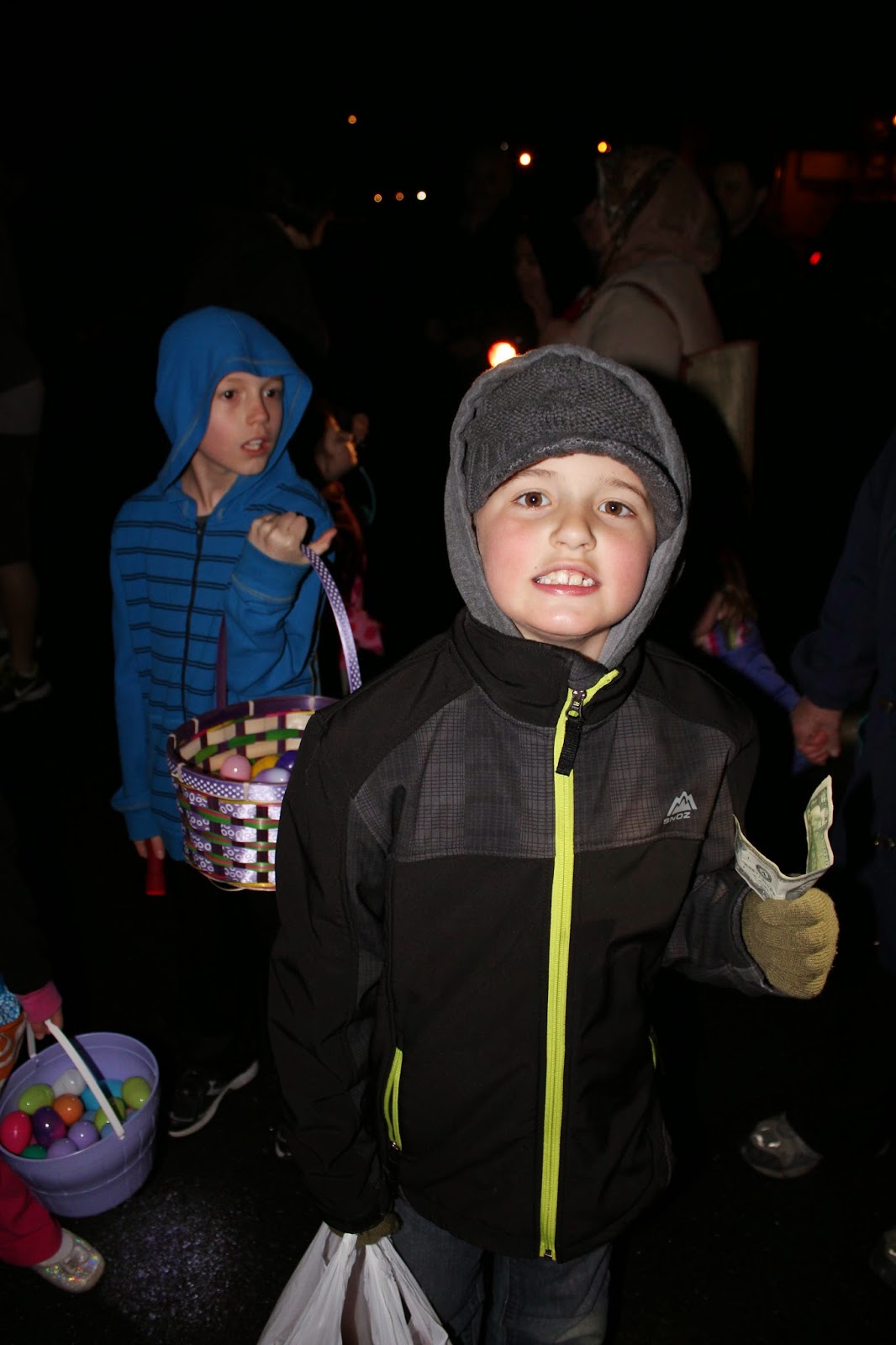 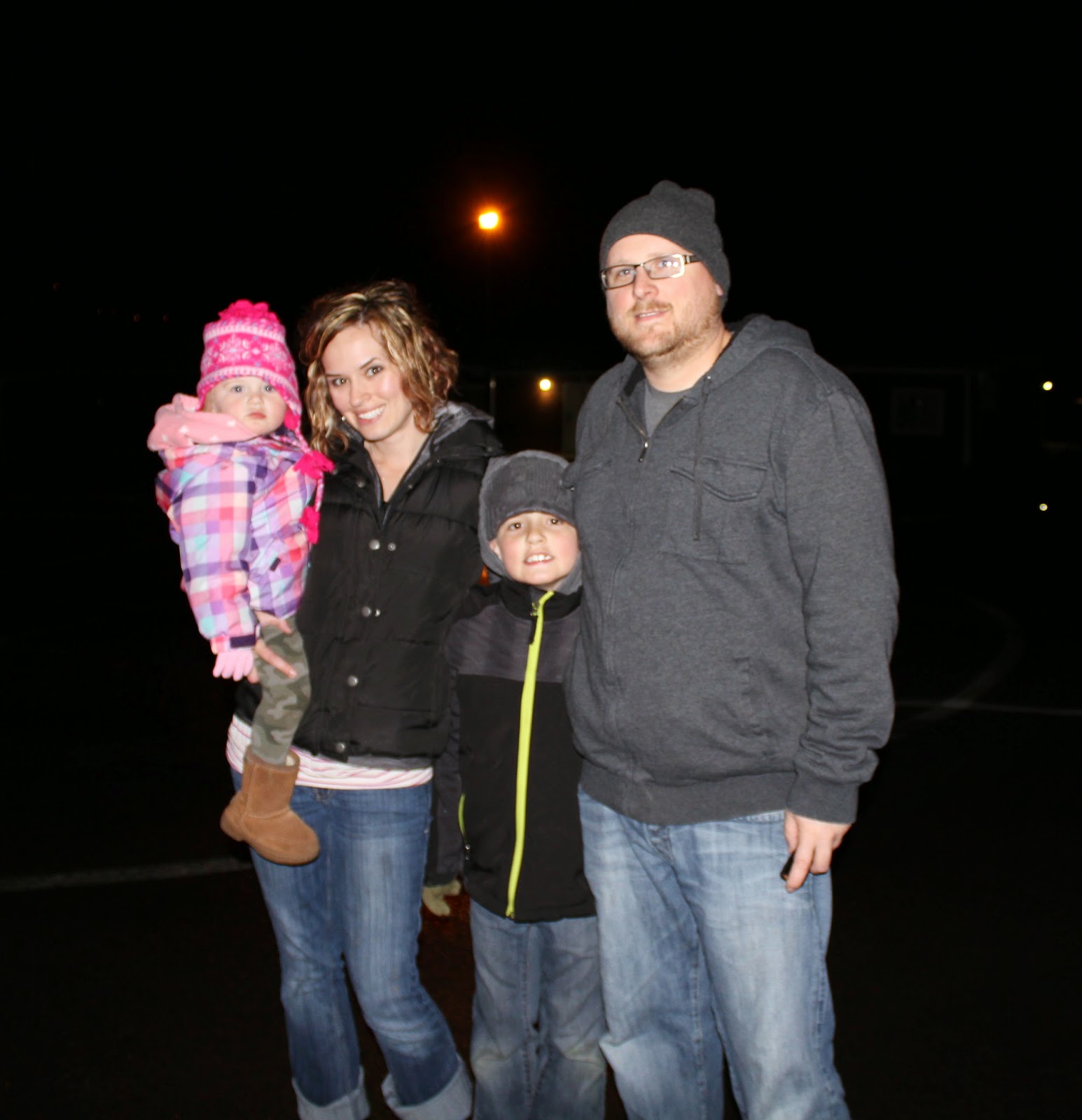 Another year of fun pre-Easter festivities!