But tradition is tradition so we headed to see him the day before Easter because procrastination is totally my thing.

We waited in line.  And waited.  And got the little envelope you need to fill out where they let you know that apparently now there is only one package available.  For some crazy price.  Where you get a million more photos than you actually need.  I mean seriously how many photos do you need of your kids and the Bunny.  Like one.

Finally it was out turn and even though Olivia did NOT want to do it her and Preston hopped in.  Liv was actually set down because she was not going willingly.  They took a few photos quickly as I had warned them they would have to be fast.  And away we went.

Their camera stopped working.  The computer froze up or something.  After standing waiting for five minutes to see if they could fix it they offered us a free 5x7.  Then when it was clear that our photos weren't going to appear they told us that they were so so sorry and they would just give us all of our photos for free.  But we would have to do it again...once they go the camera working again.

Finally I just asked them if we could pass up on all the free stuff and just have them take a photo on my phone.  Of all of us because there was no way Olivia was sitting on the bunny's lap again.  She had barely recovered. 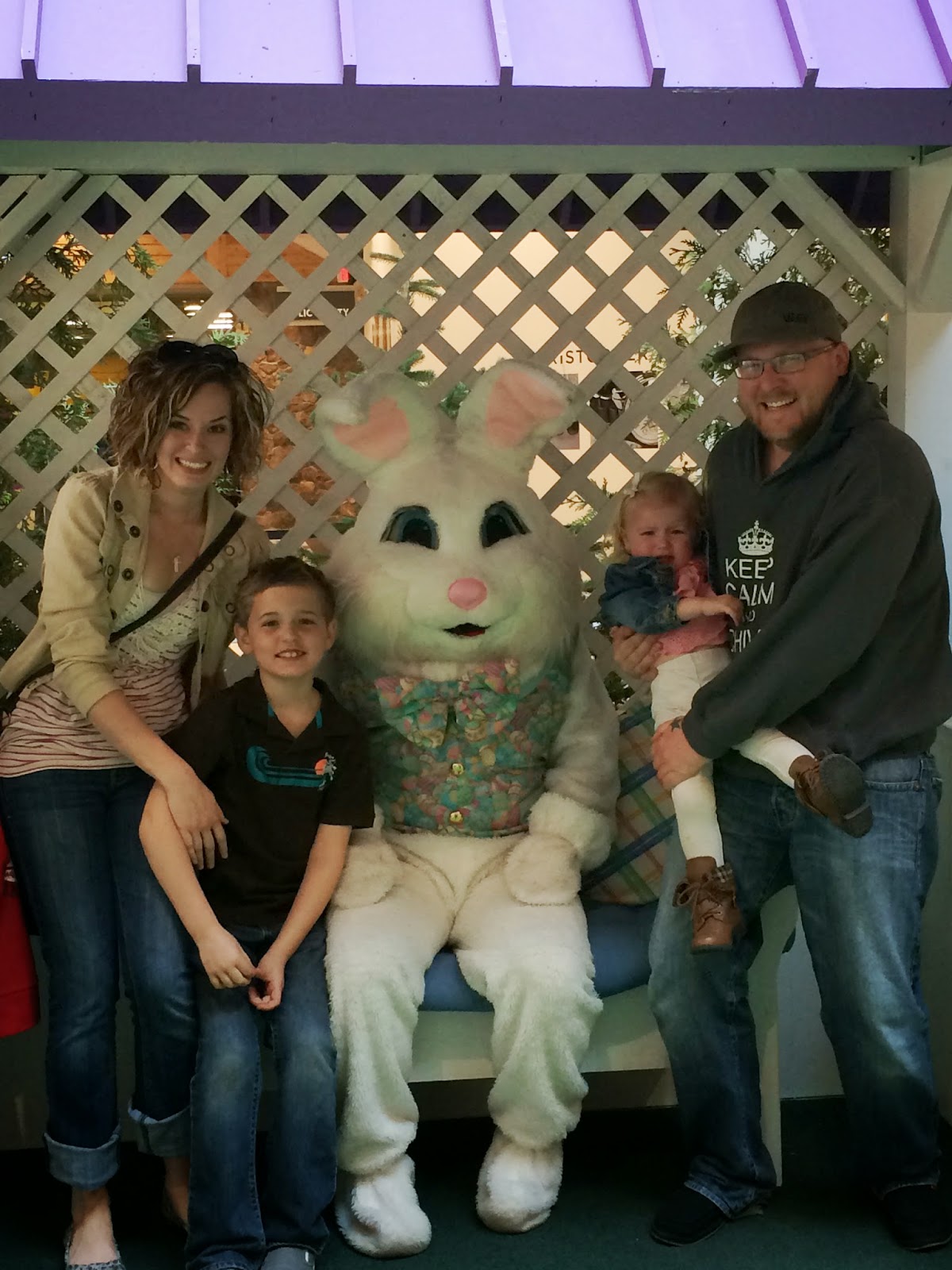 Even with Brad holding her poor Olivia just wasn't having it.  But look how happy the rest of us look!  Ha!