The only thing that would have made this better is if the Seahawks hadn't been playing. But them losing is a close second! Ha! Sorry just not a fan. Based on some of my favorite quotes of the night I was pretty much raised to not be a Seahwaks fan.

All of which come from my Grandpa.

"We hate Seattle with all of our heart!" Picture him singing this one.

"I hate the Seahawks more than I love grandchildren." His response when someone asked him if he hoped the Seahawks would win just a little bit since my cousin who is a fan was at the game.

"Turn out the lights! It's over!" Let's be real I don't even have to explain what this was about. If you watched the game you know.

"Hit that son of a buck right in the face! I wish I could be in there!" My Grandpa was fired up! When the fight happened he flew out of his seat and was ready to go!

While the game was going on we all hung out.

Olivia usually takes her time to warm up to people but she warmed right up to Uncle Tony.  Even trusting him with her baby! 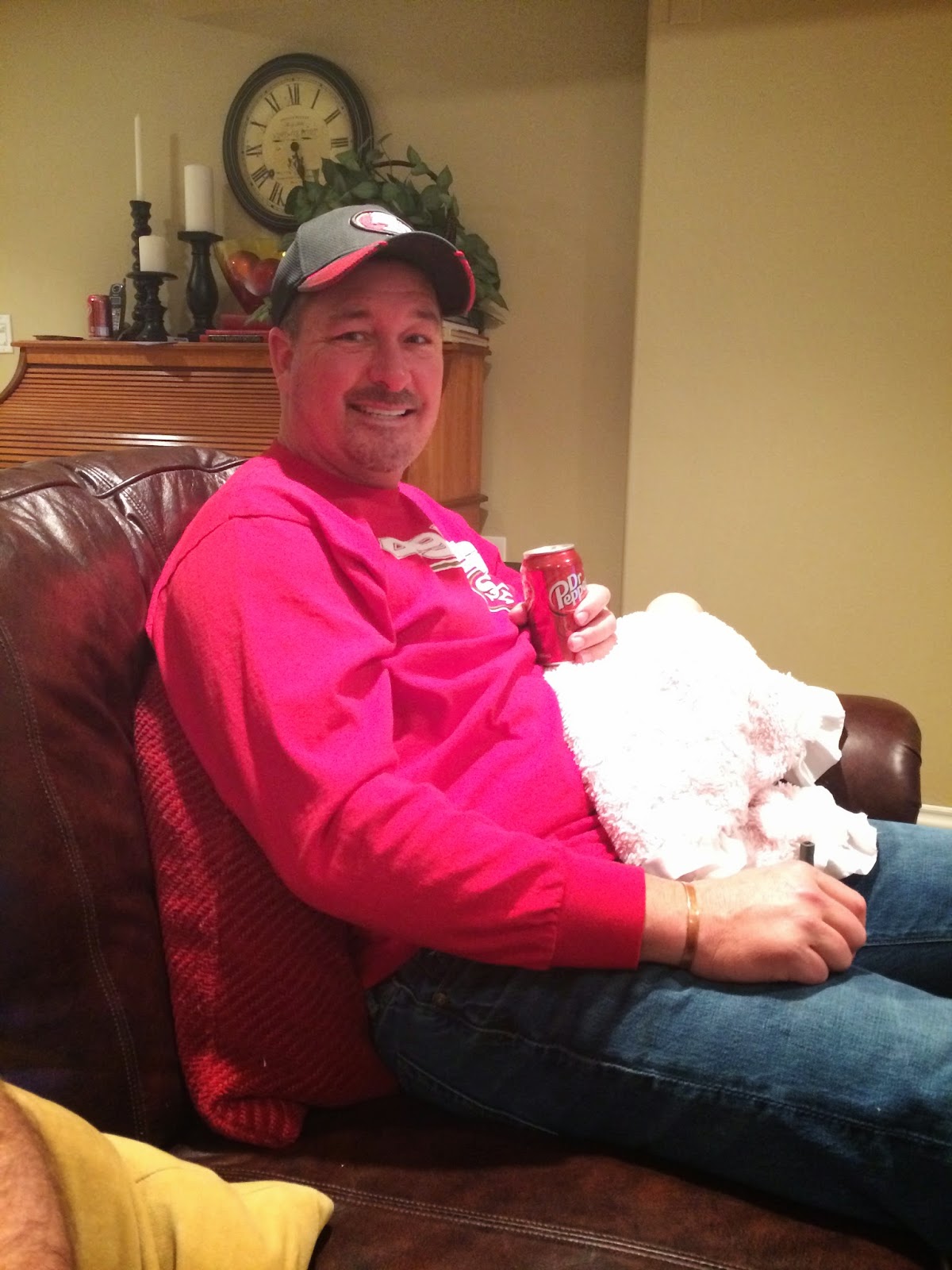 Before moving on to play with the bead toy and Grandma Mona. 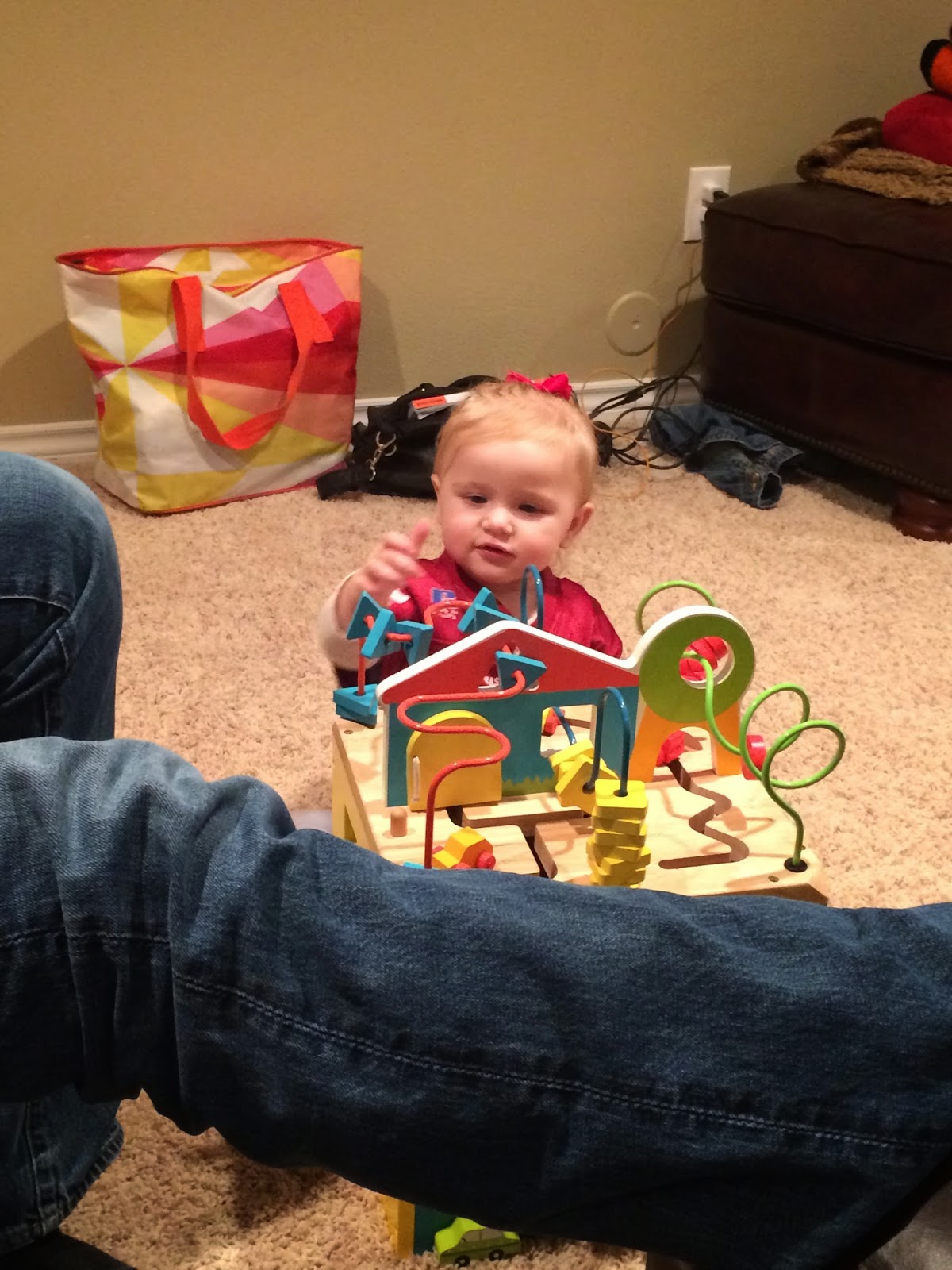 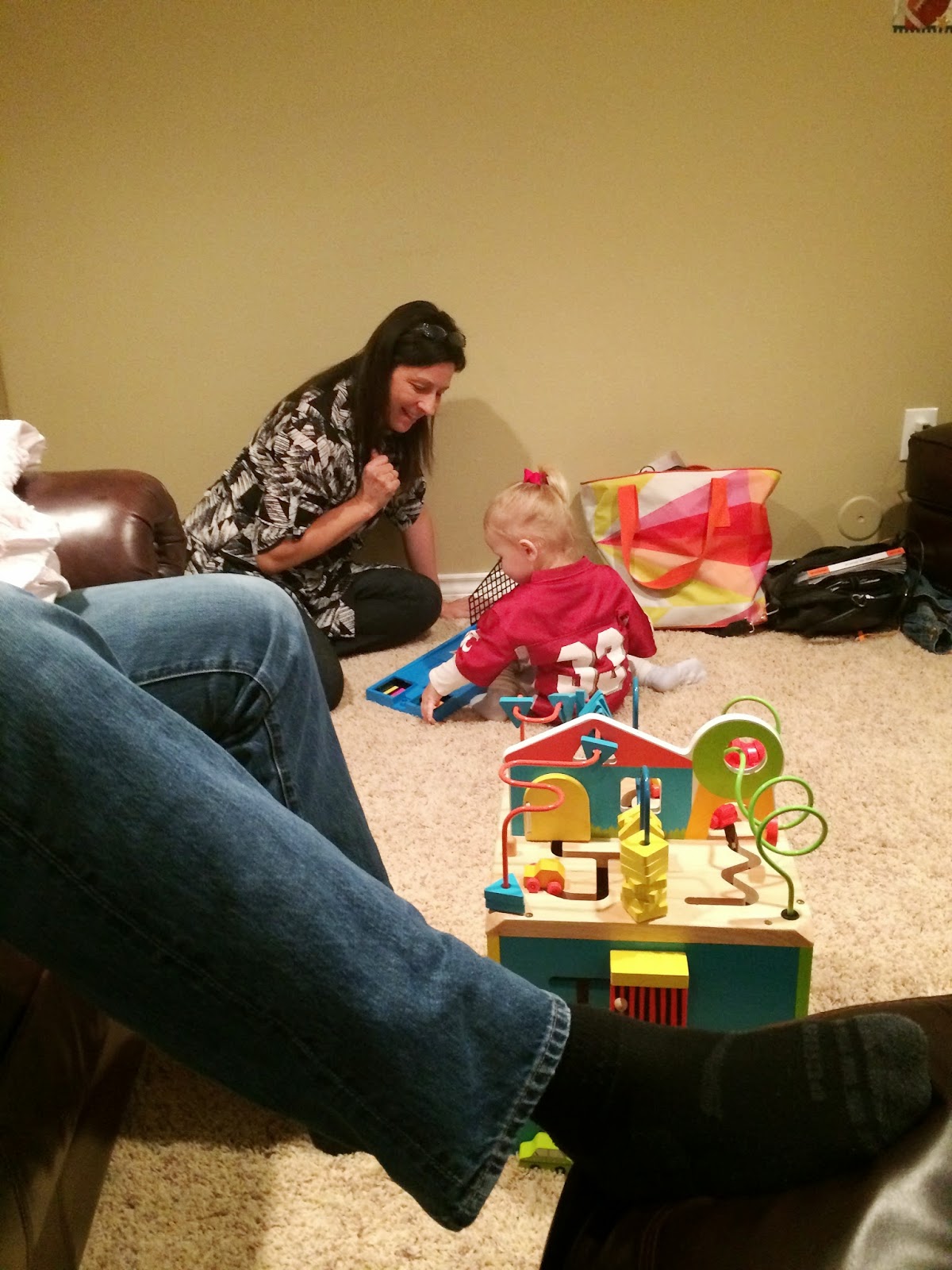 Silly girl was having a lot of fun watching the game with us! 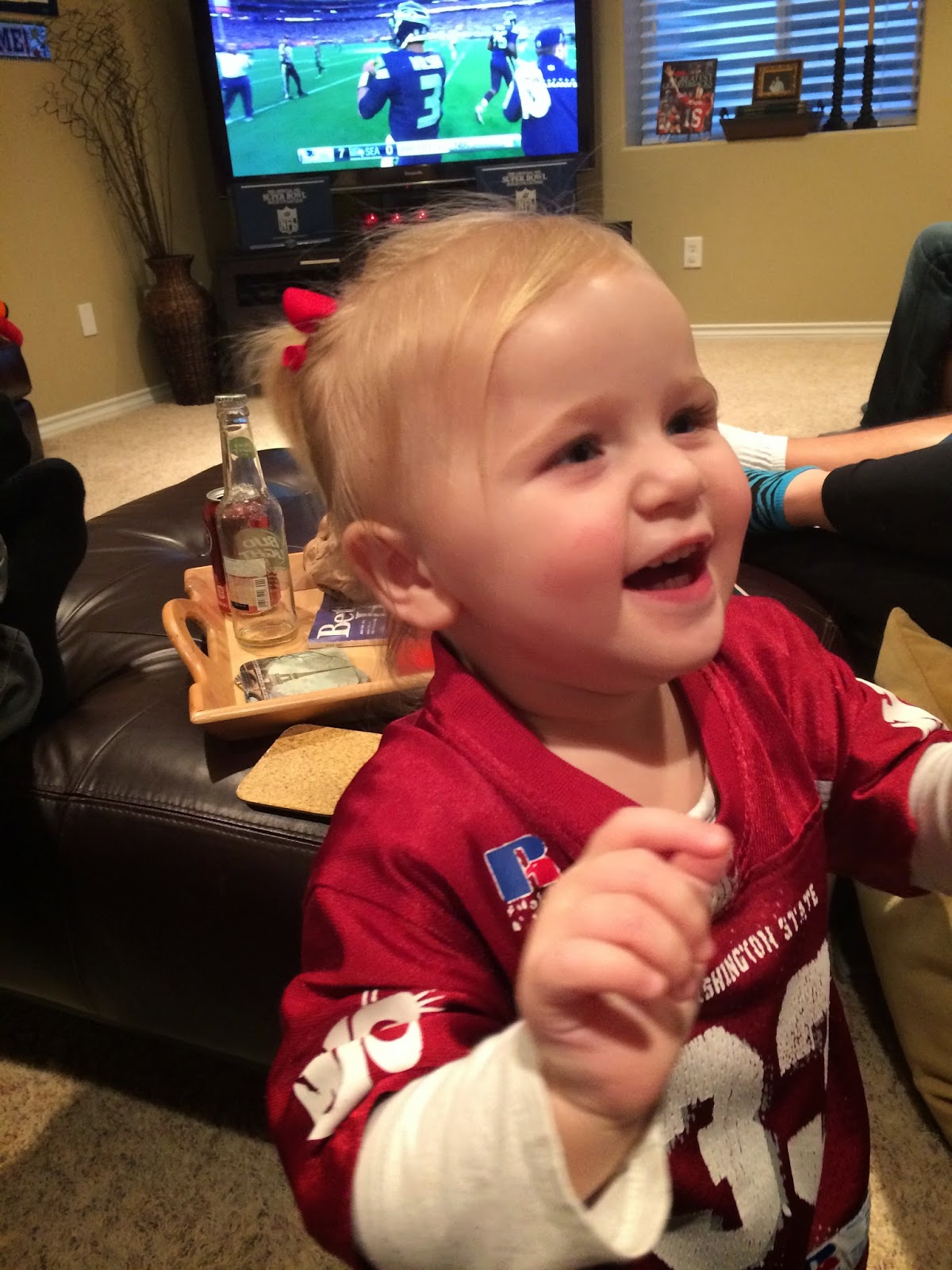 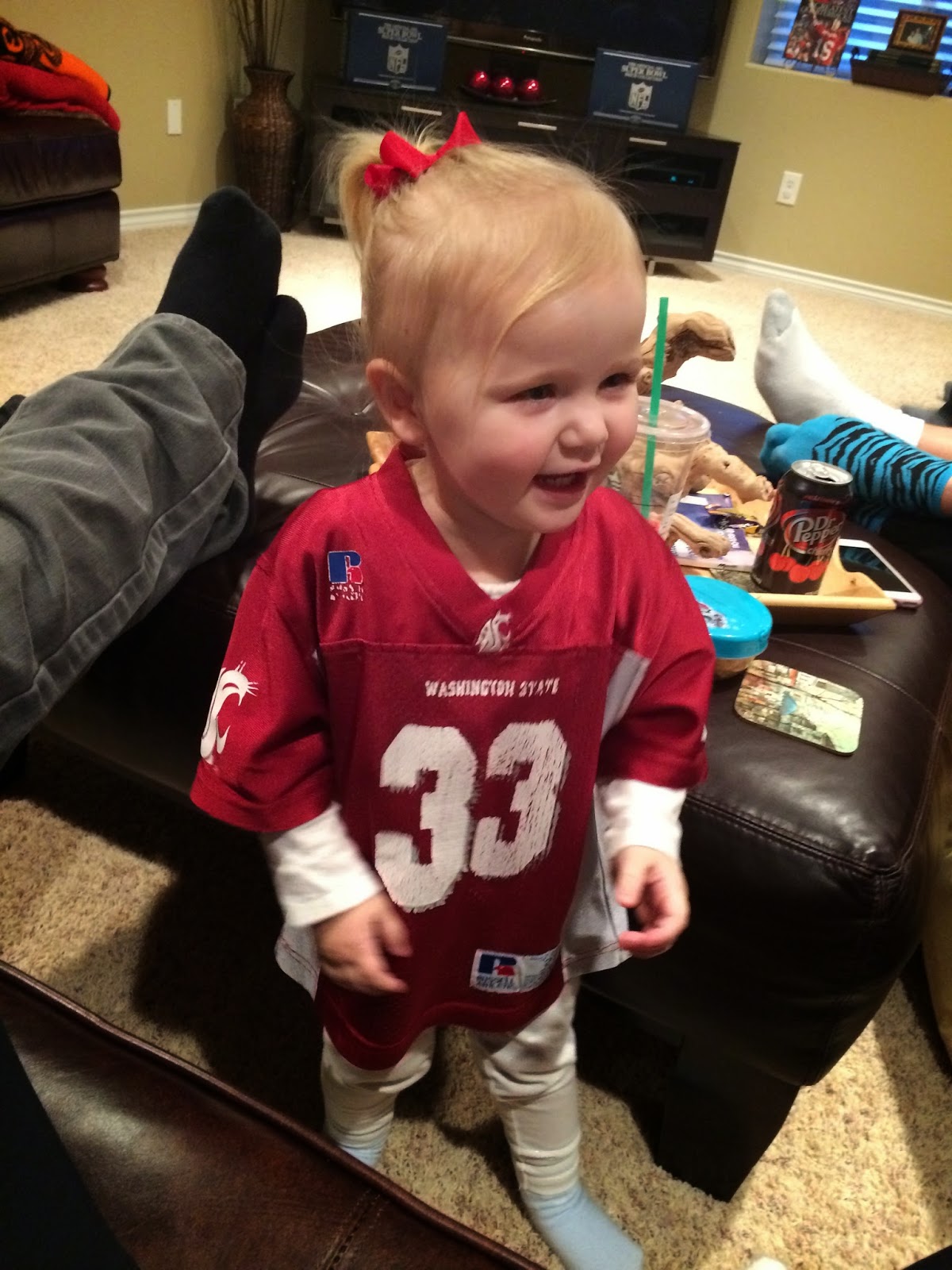 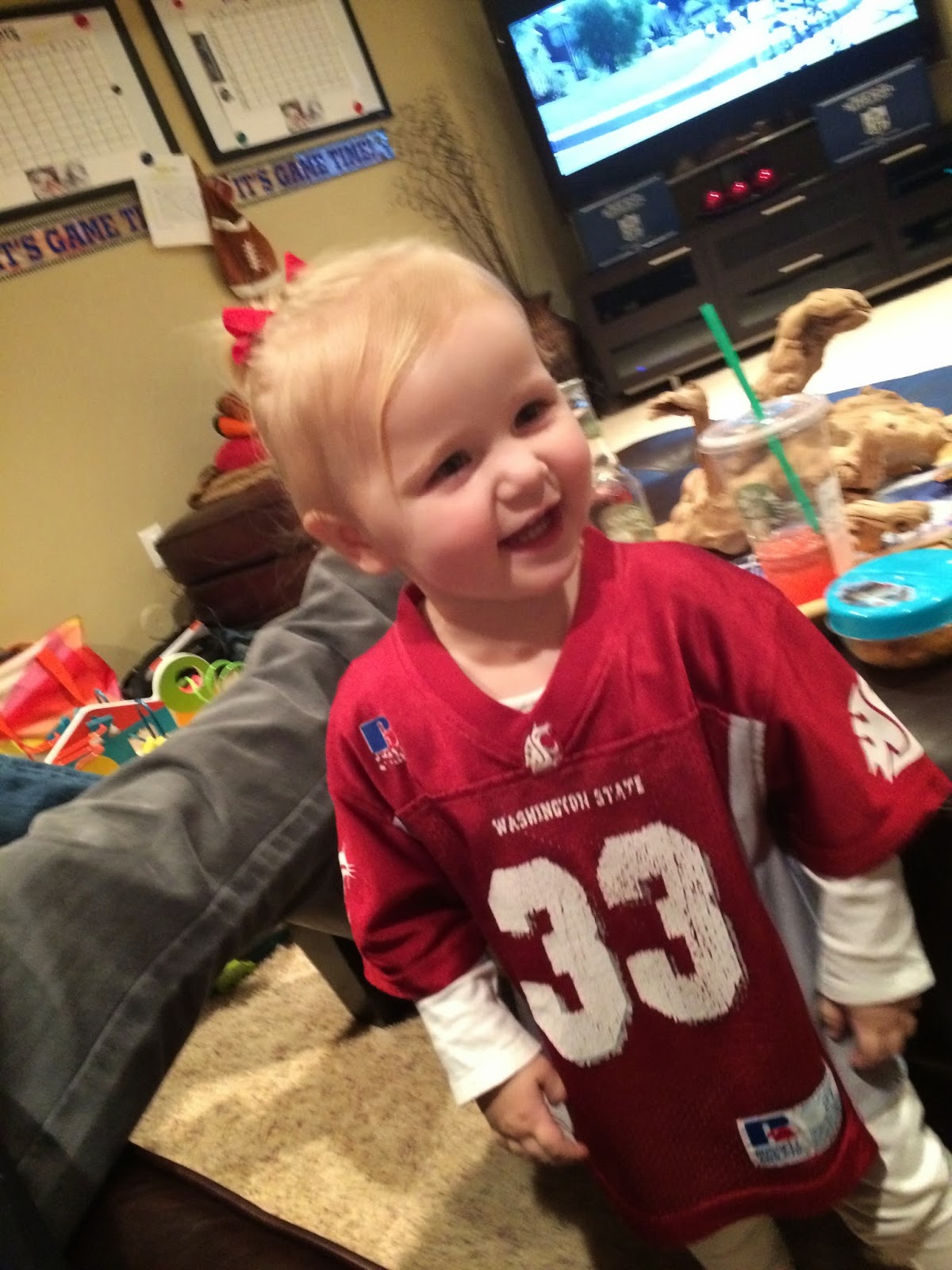 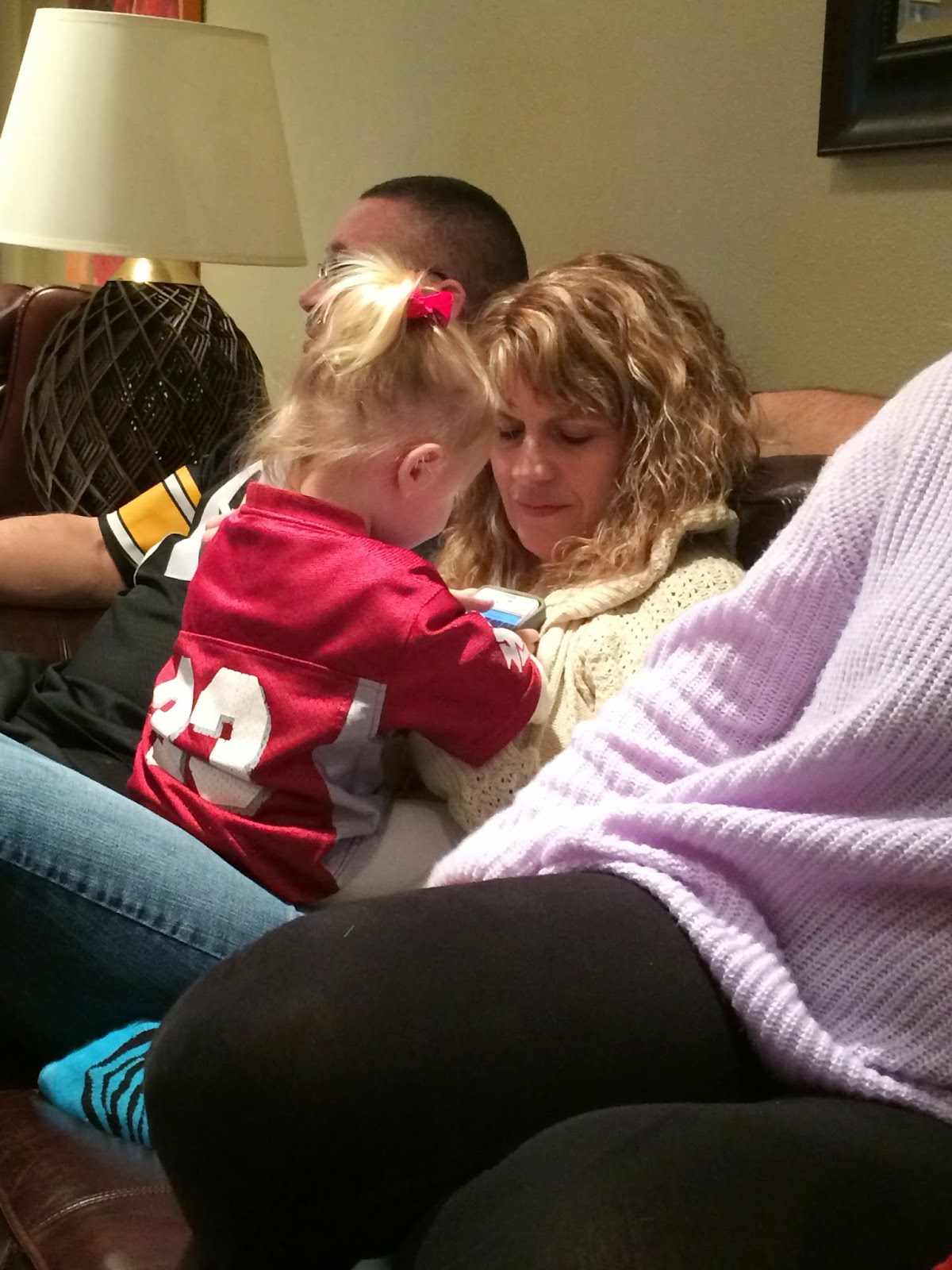 Me and my girl! 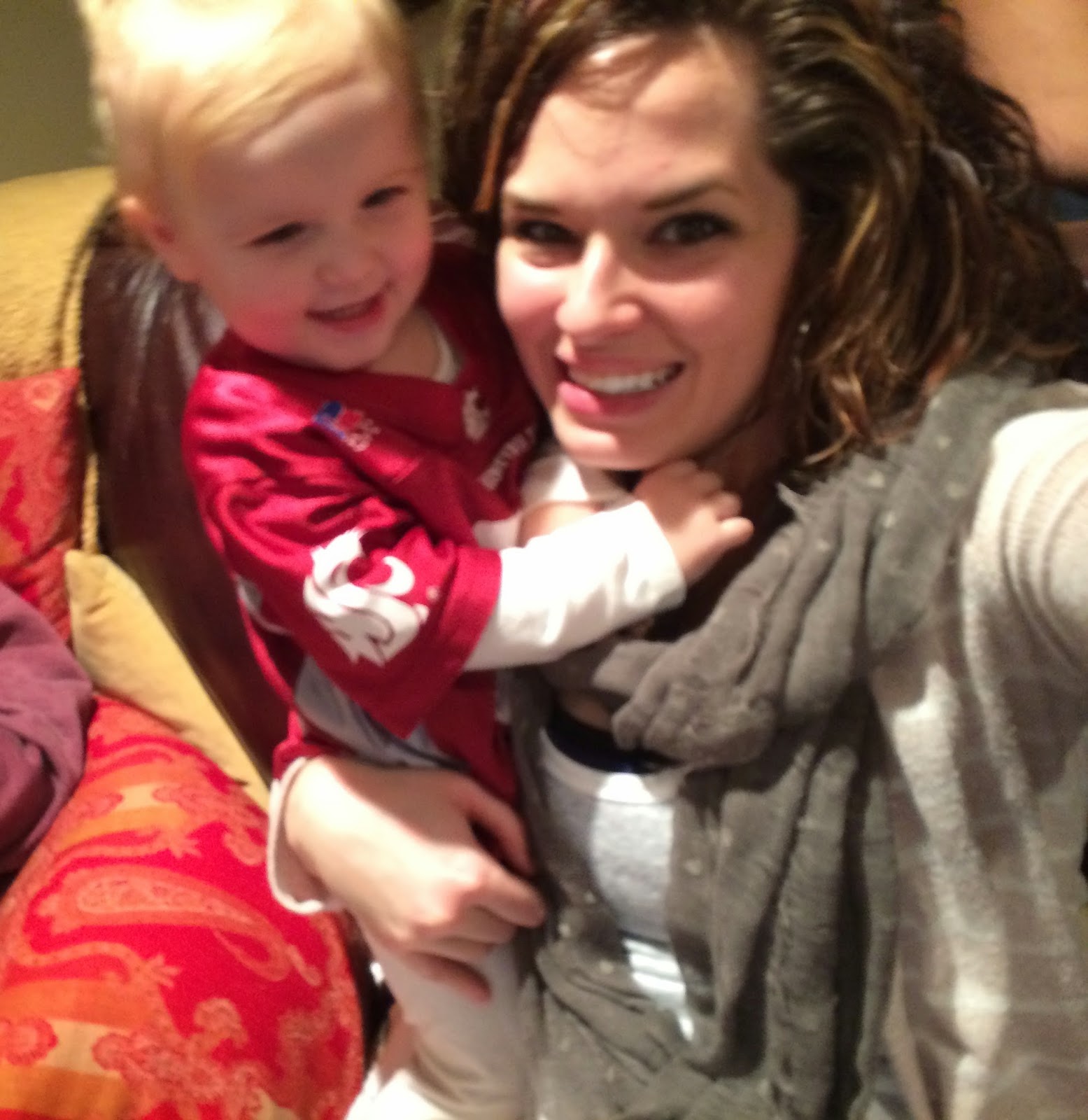 Uncle Tony took his baby watching seriously.  Even taking it over to the door when he needed some fresh air! 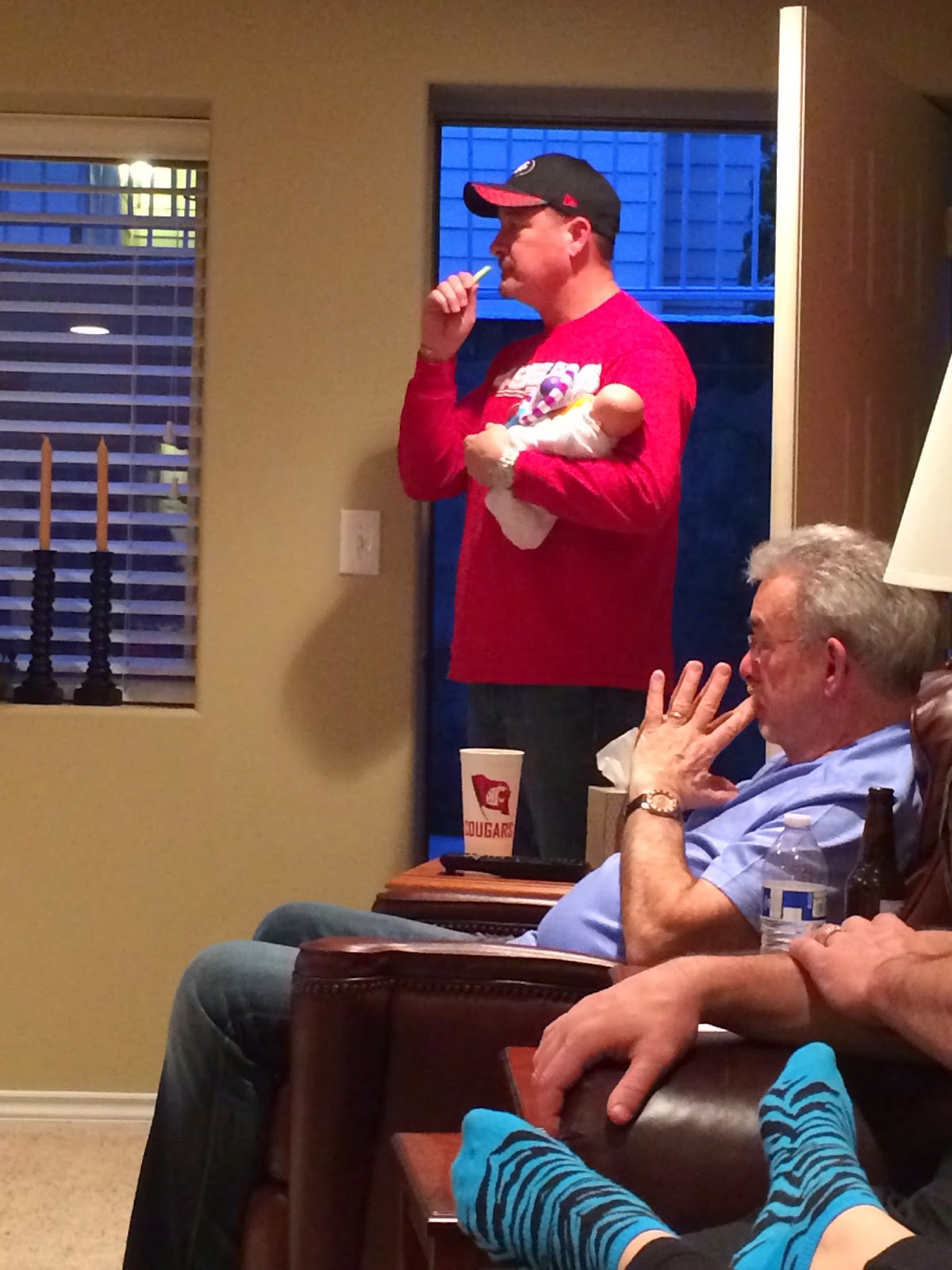 While we were watching the game Preston and Mason were off being troublemakers!  Really just having a blast playing together.  These boys! 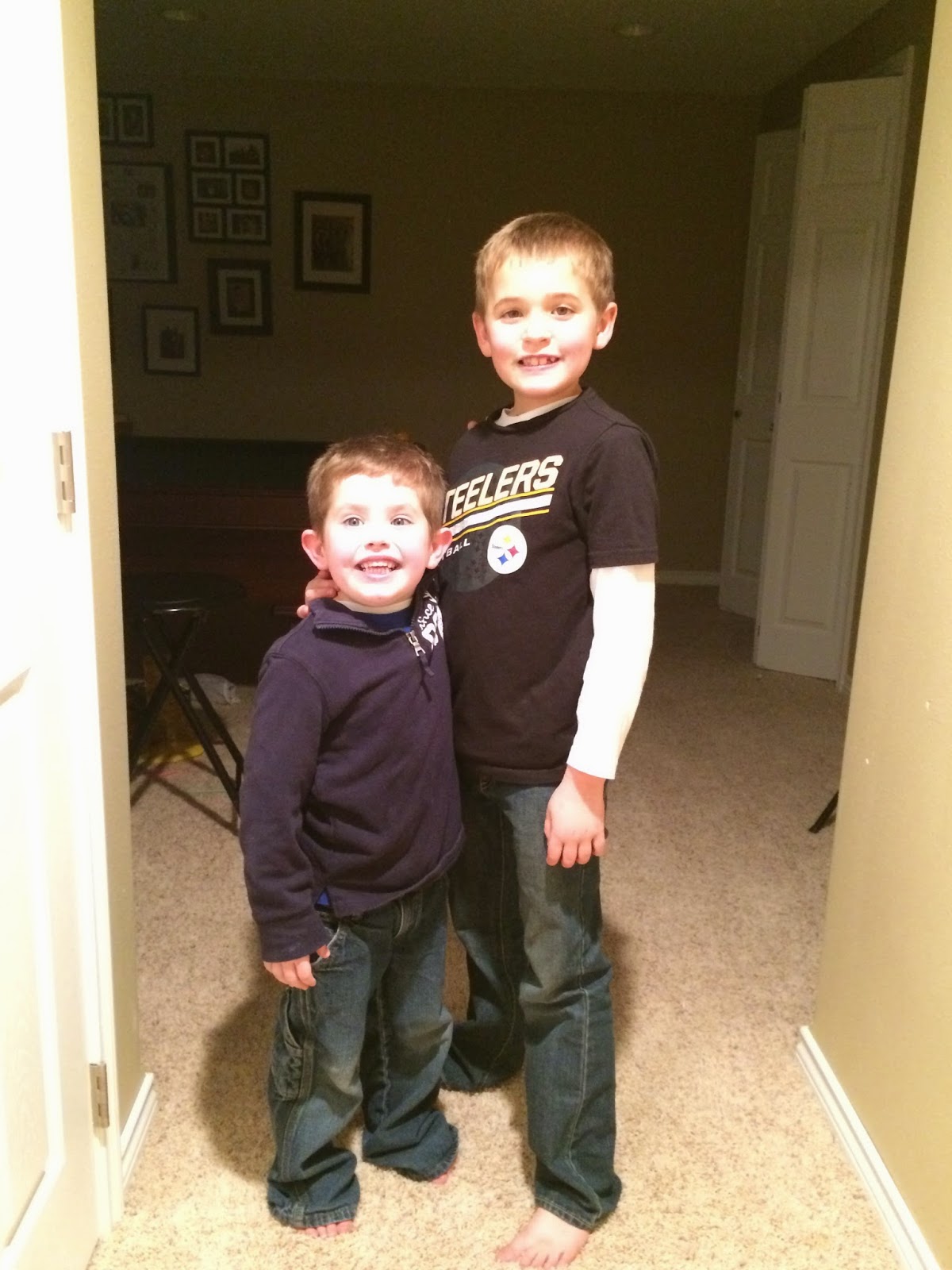 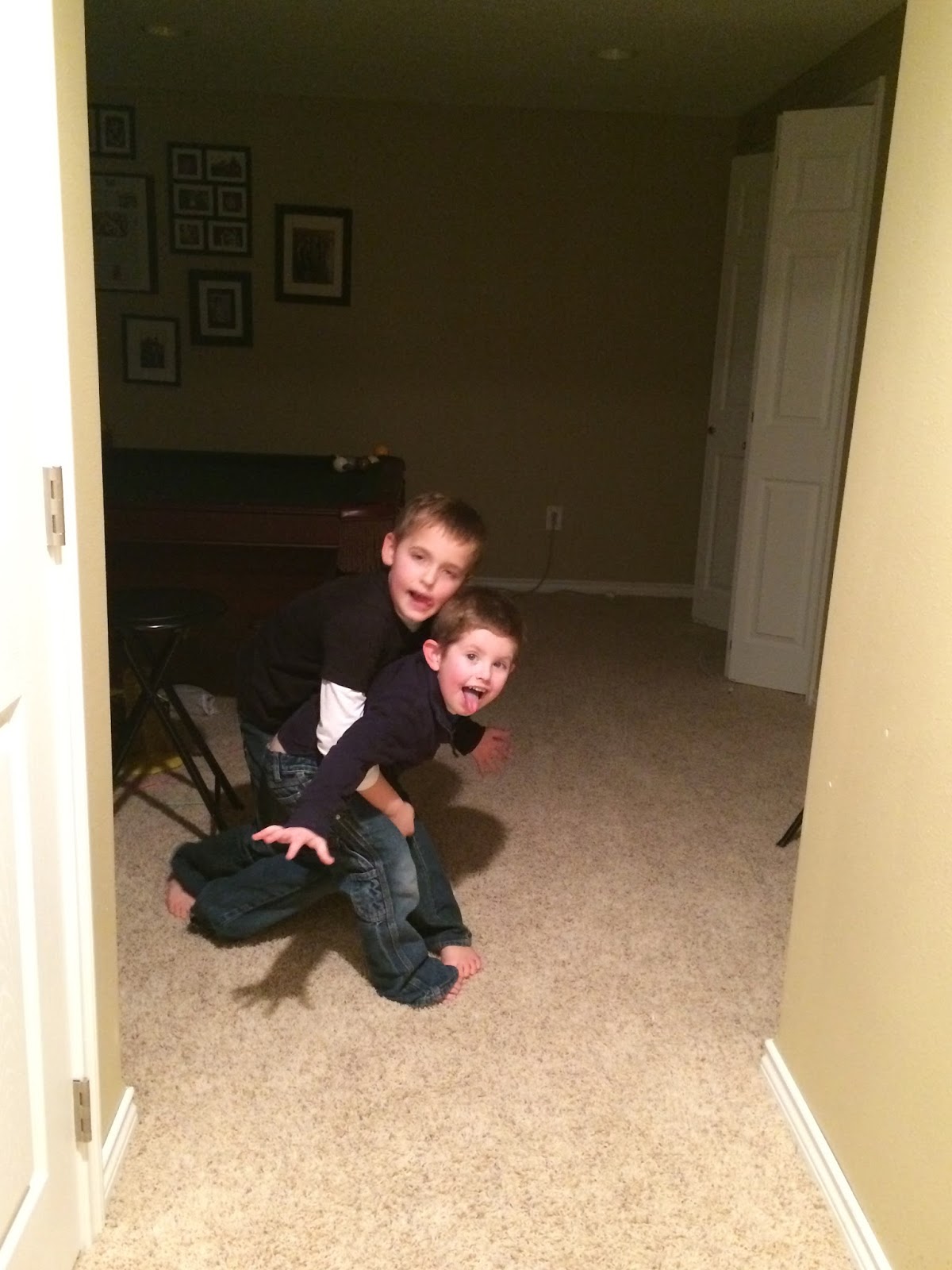 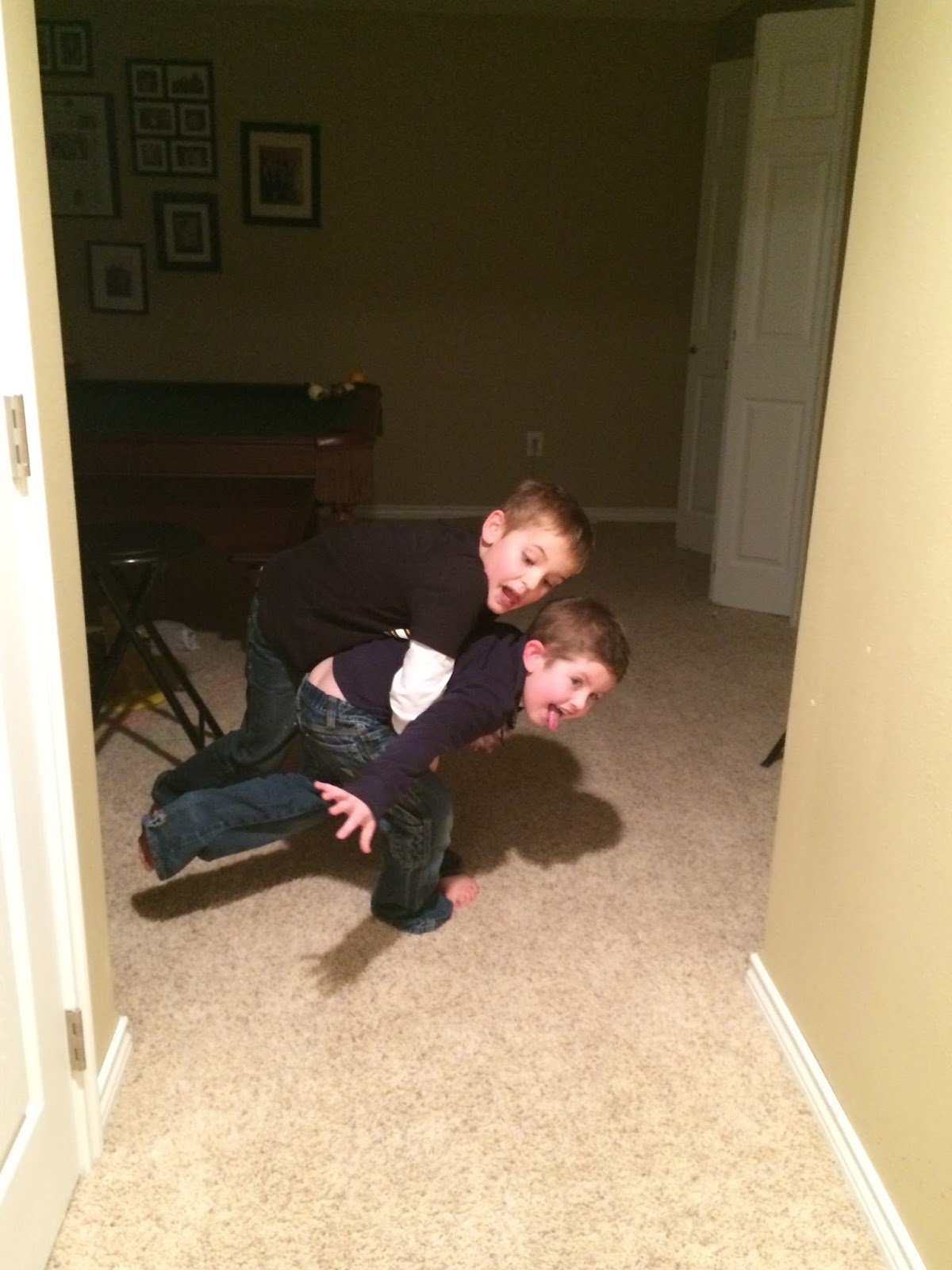 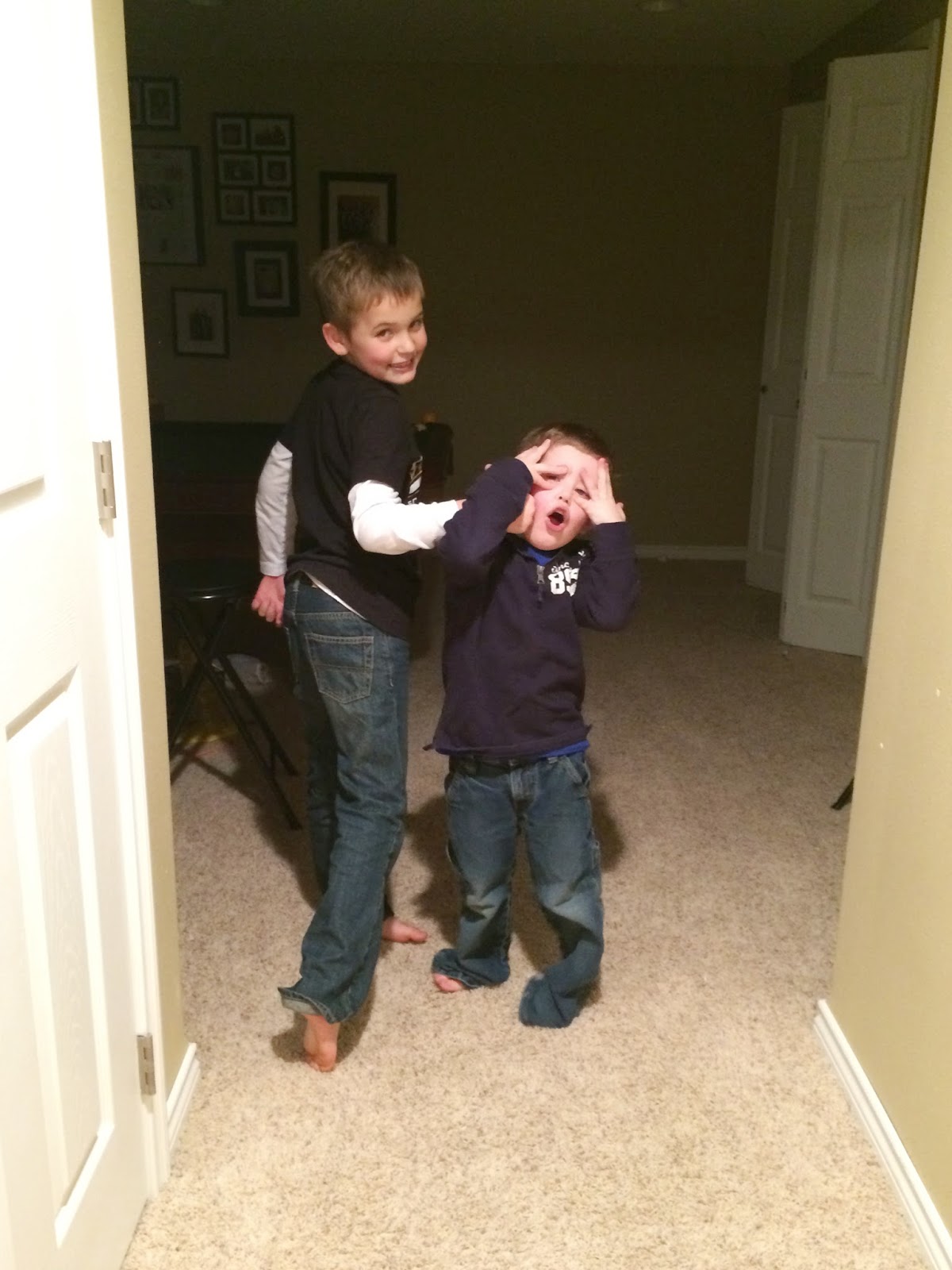 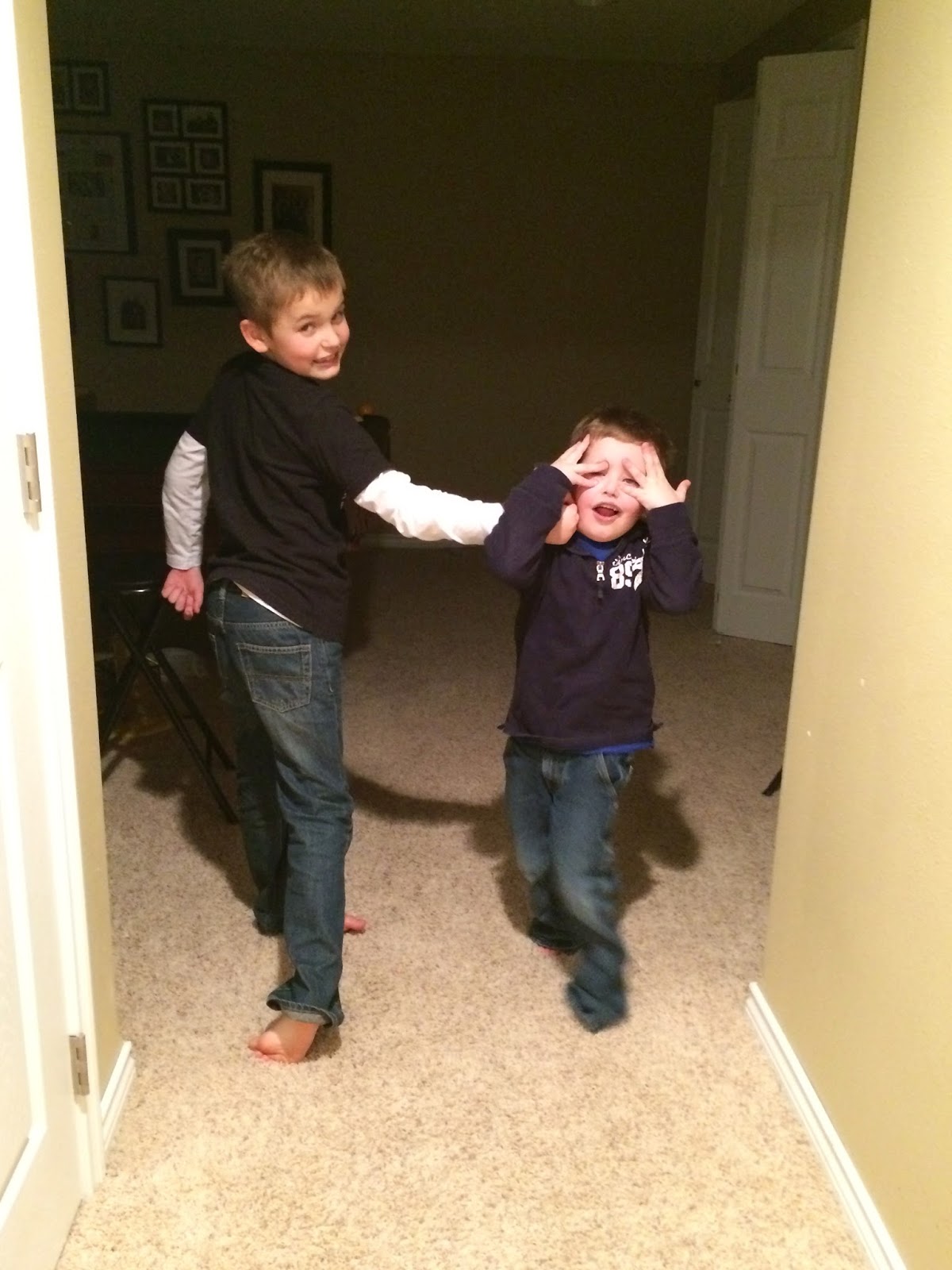 A little bit of pool anyone?  Oh the mess of cards.  That was fun to clean up. 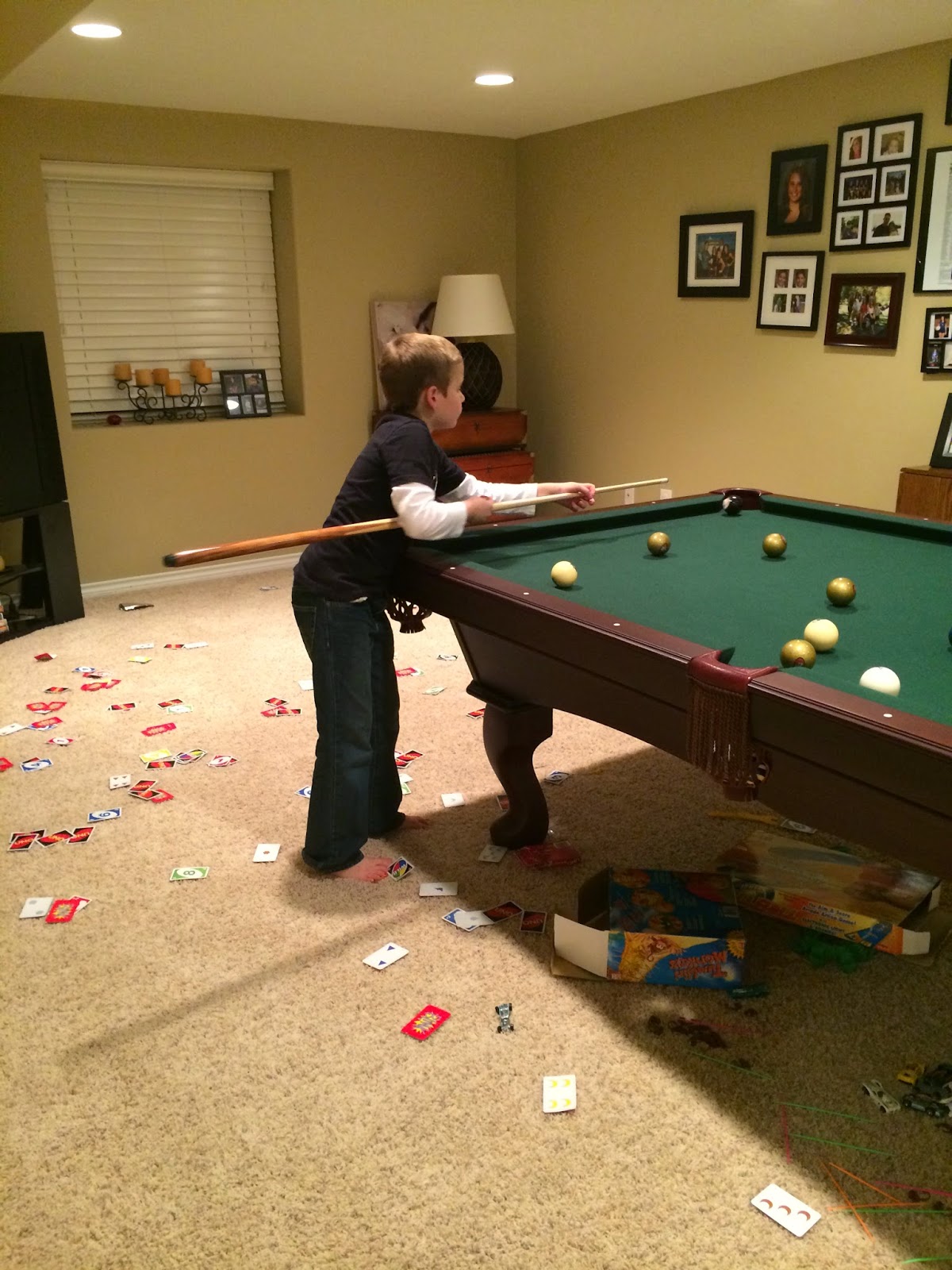 Ahem...some of my favorites that popped up after the game! 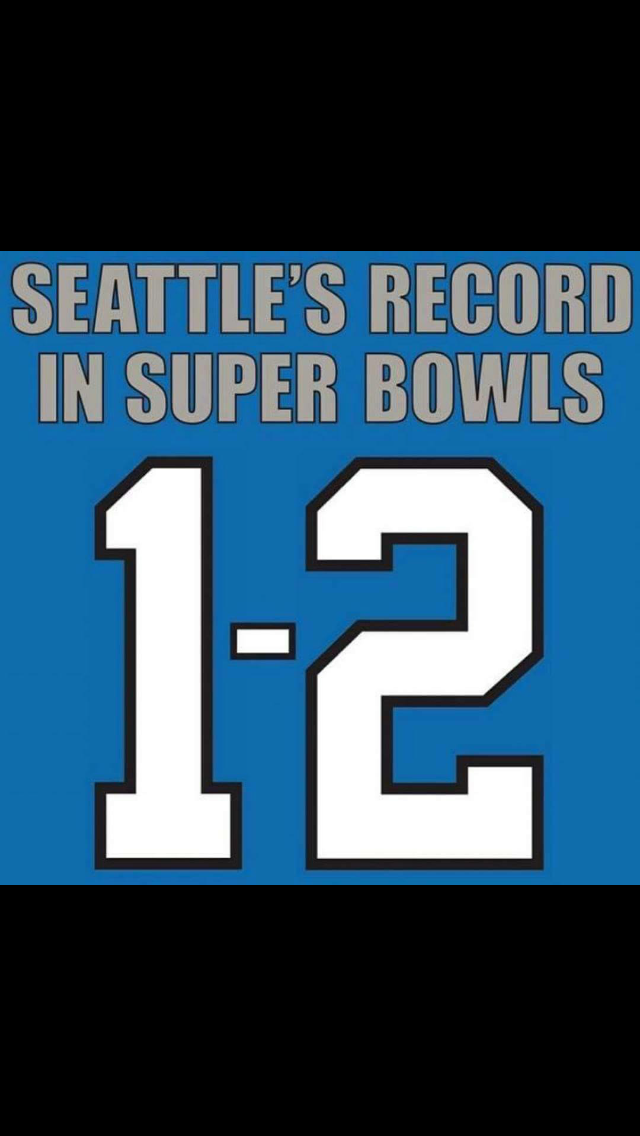 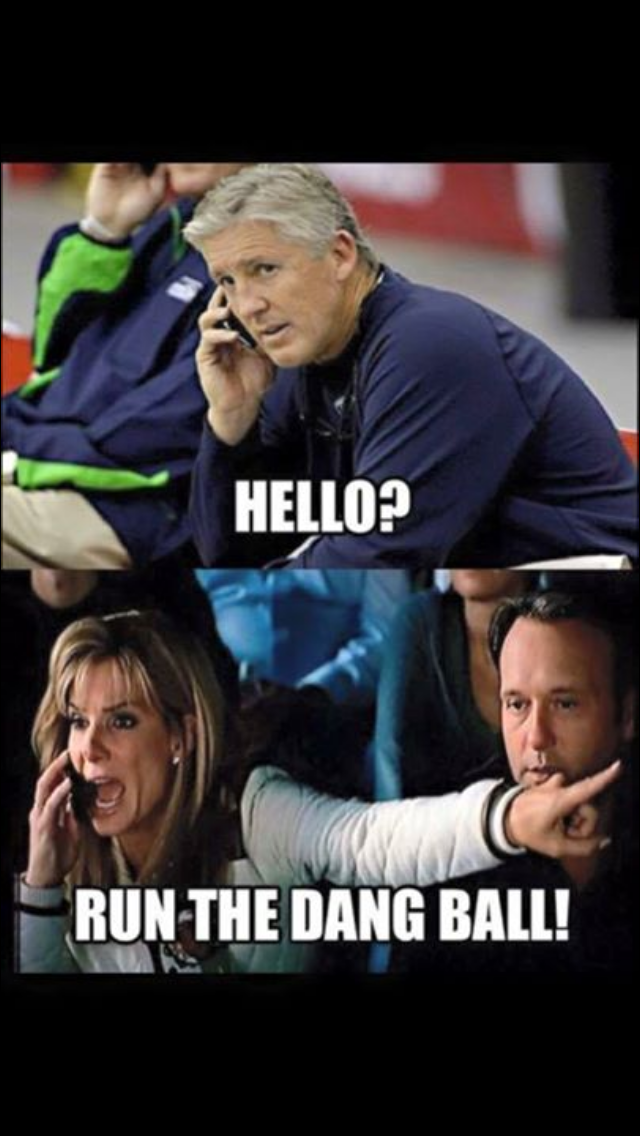 A fun day full of football, food, and family!