Olivia was pretty excited to watch!  Basketball is serious business! 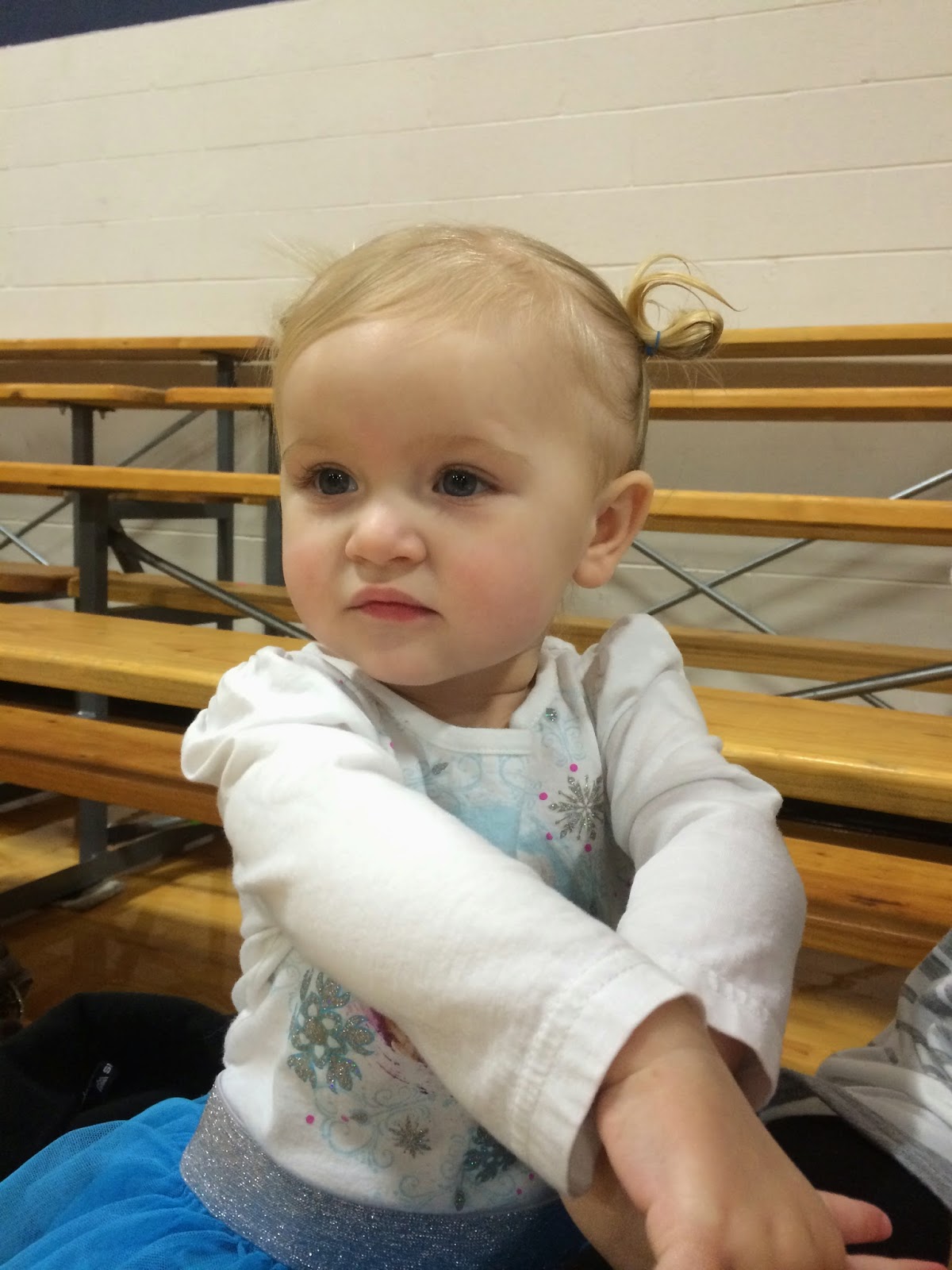 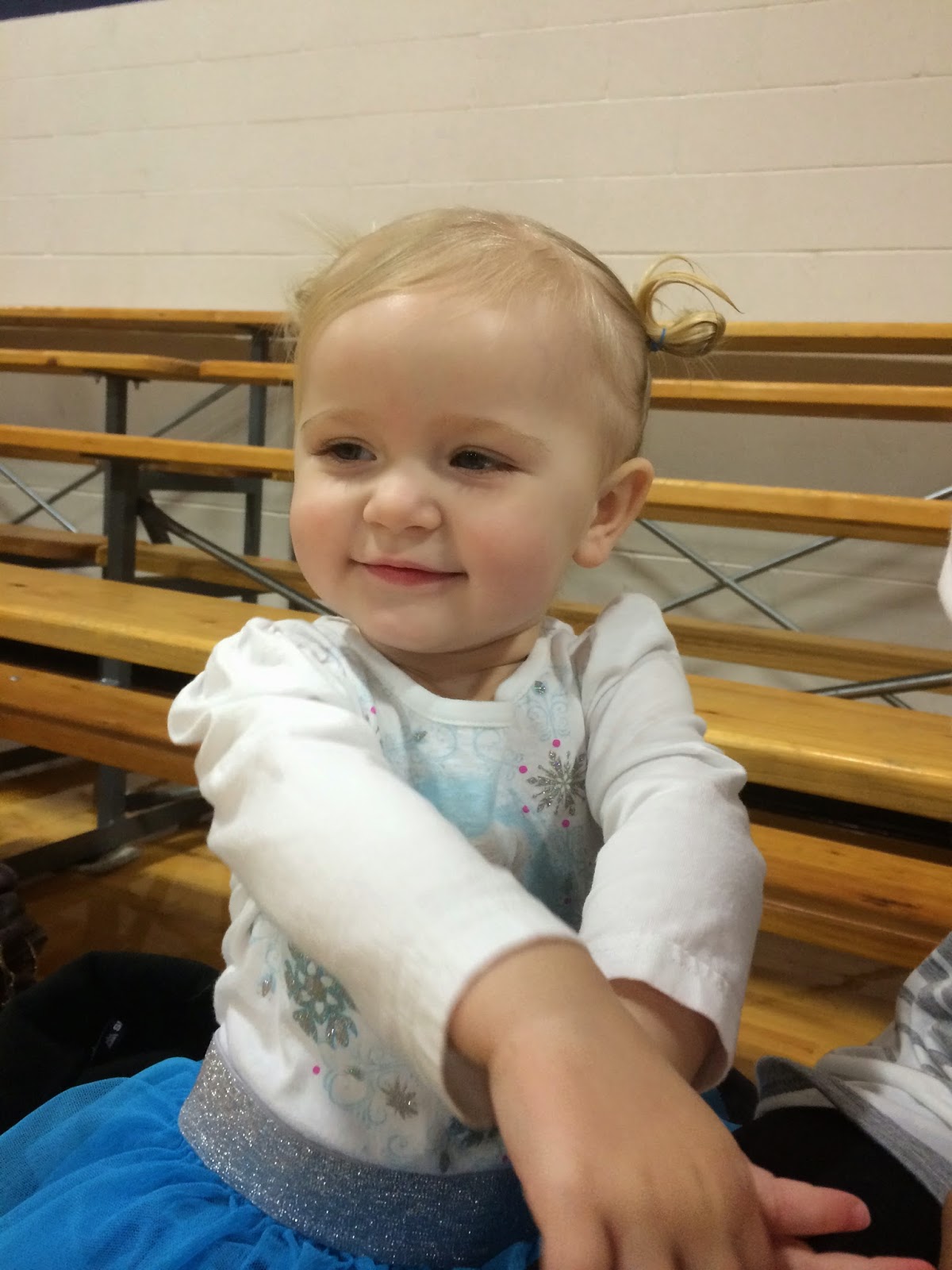 Probably Preston's favorite part of basketball all season, running in after your team and name is announced! 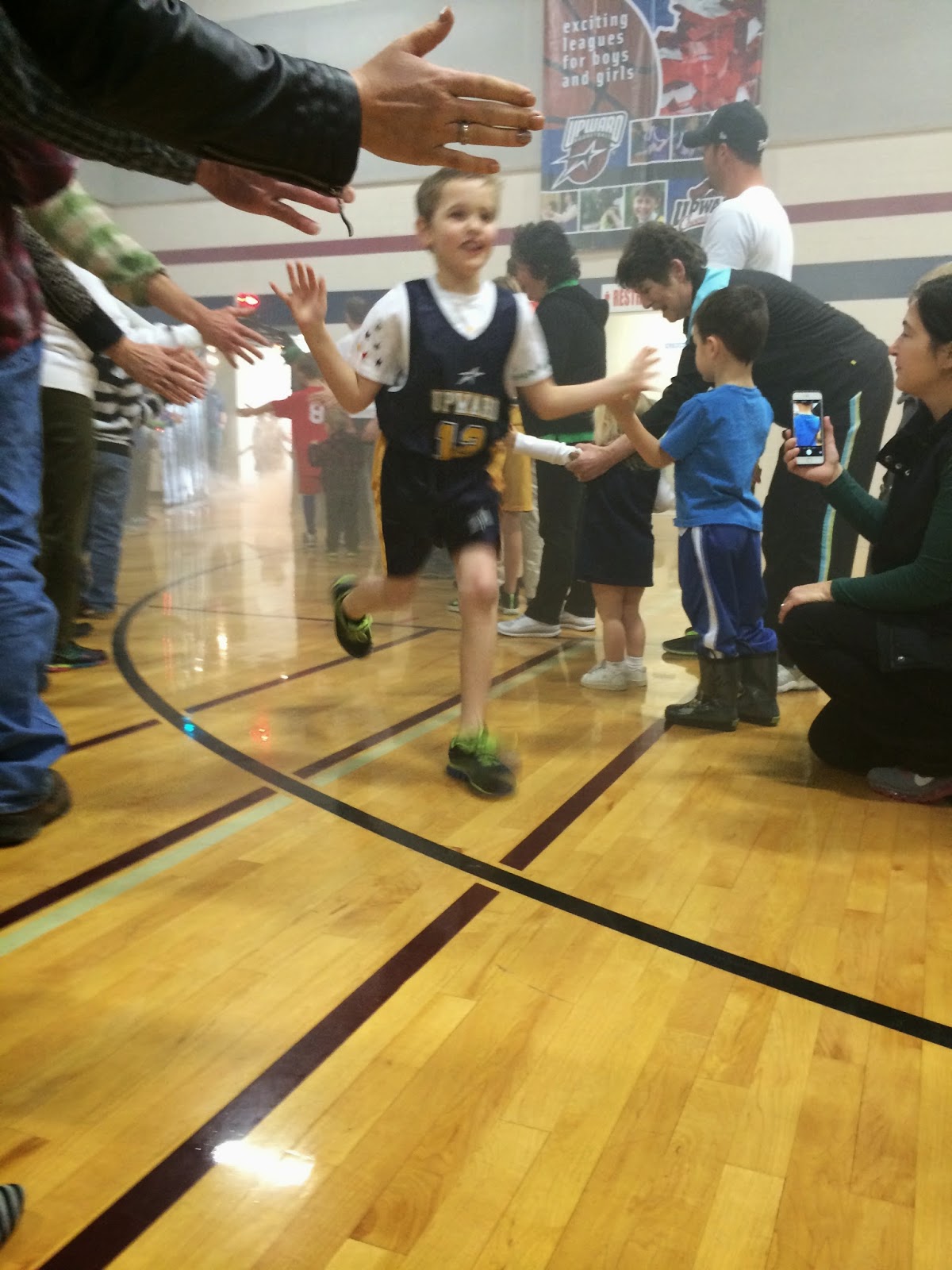 Grandma offered another reward if he played his heart out and we'll never be able to say that Preston doesn't respond well to prizes.  He played awesome!  Seriously all over the court, fighting for the ball, refusing to give up, his head was in the game! 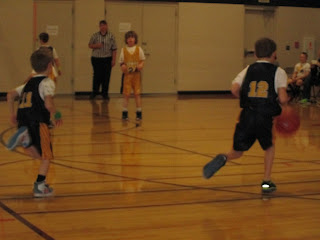 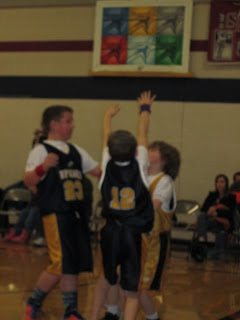 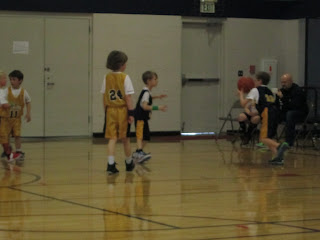 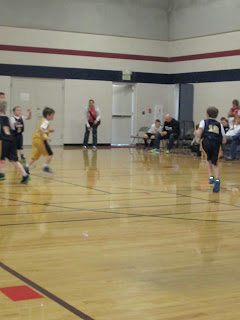 He even scored a basket!  Go Preston!

I think he's going to miss basketball a little bit now that the season is over!