Elf is back! One of Preston's favorite parts of Christmas!

Per tradition he arrived and was quickly captured by Preston's tougher toys.  Good to know they're keeping an eye on things for us. 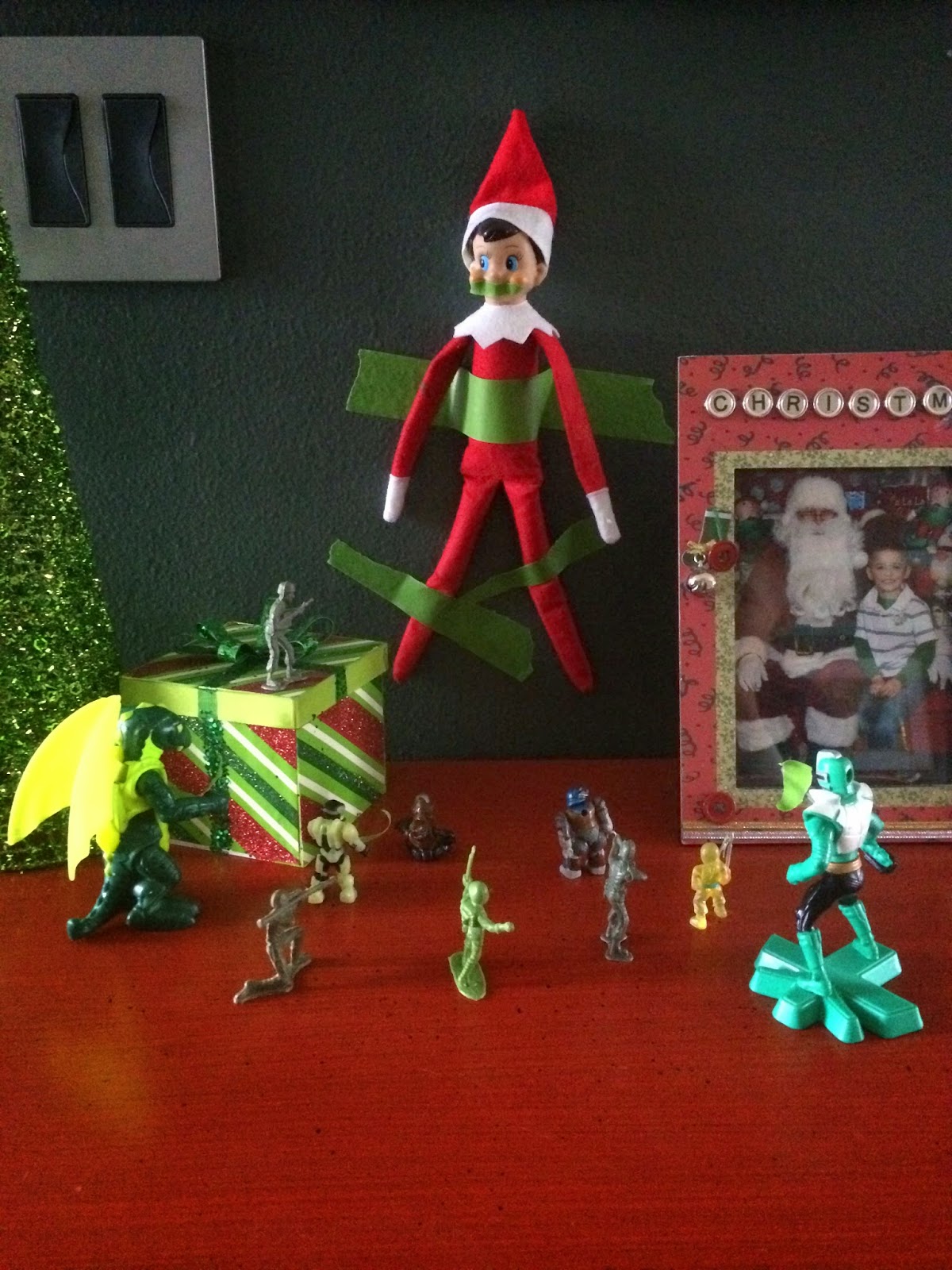 Then Elf the Elf brought some Christmas jammies.  Pretty cute ones too!  Preston's say "HoHoHoYo" and Olivia's say "Best Gift Ever"  Elf has good taste! 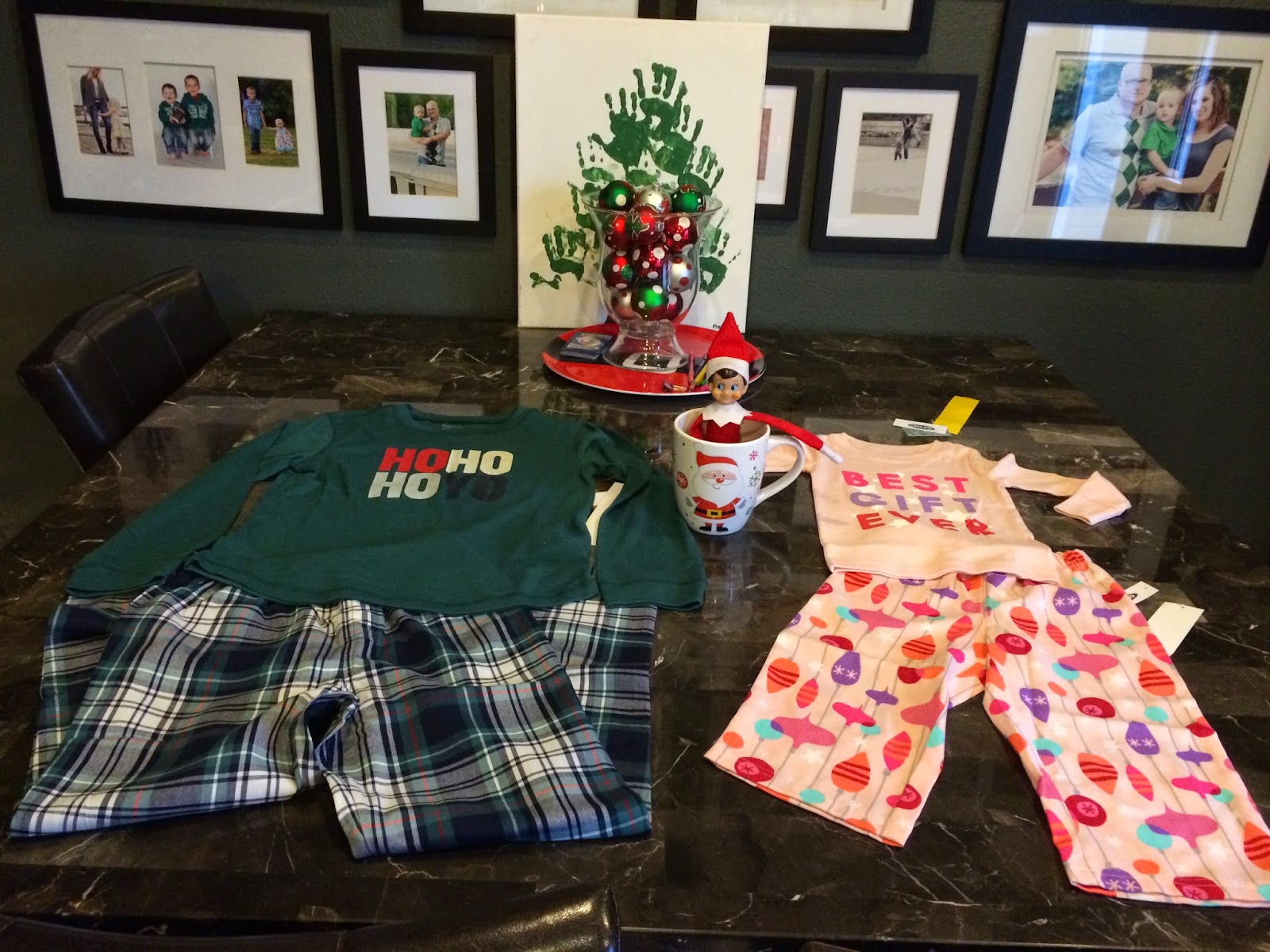 I do think Elf needs to work on his personal boundaries  We didn't need to see that! 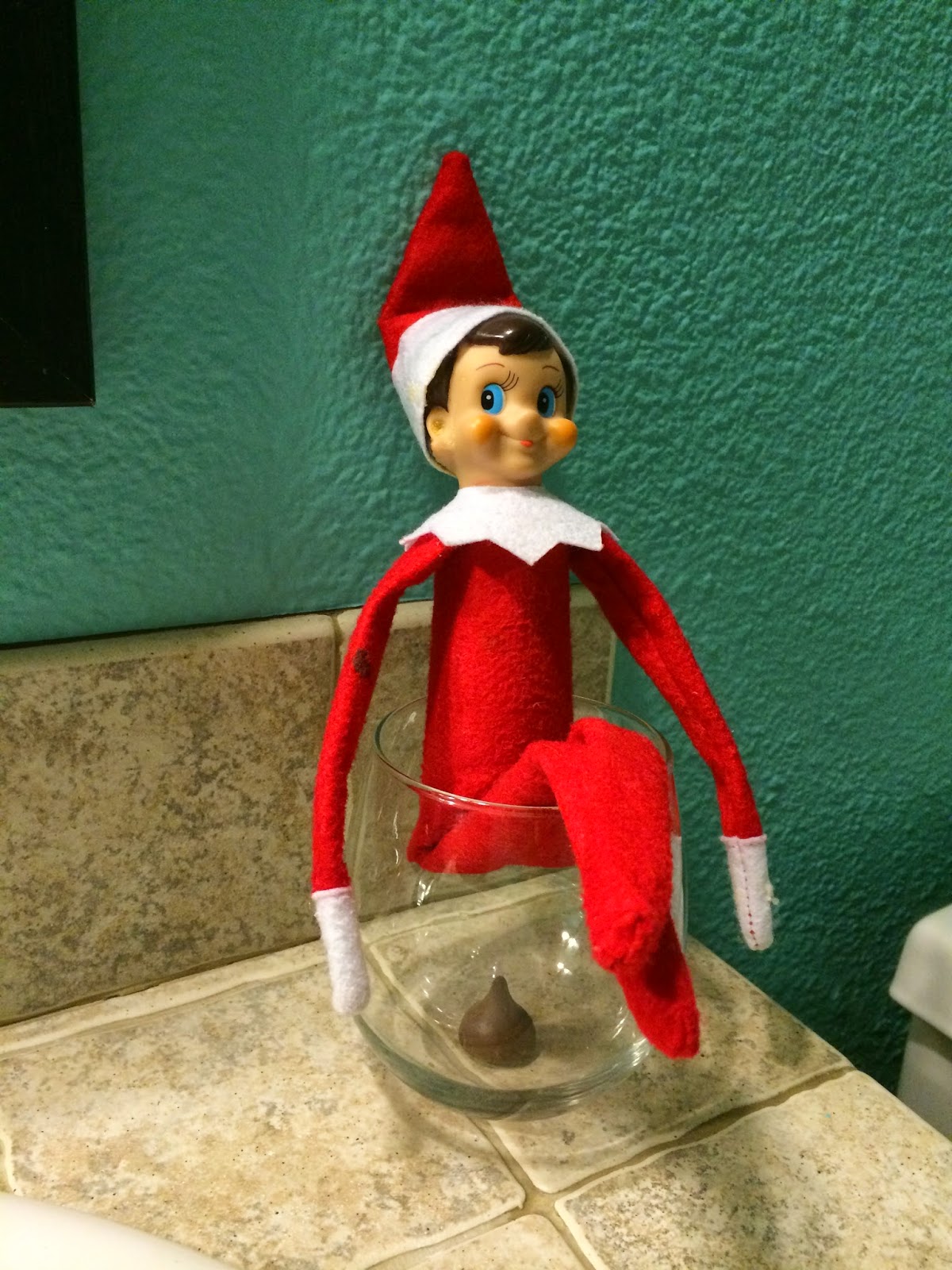 Do you want to build a snowman?  Elf the Elf did!  He even brought Preston his own little snowman to build! 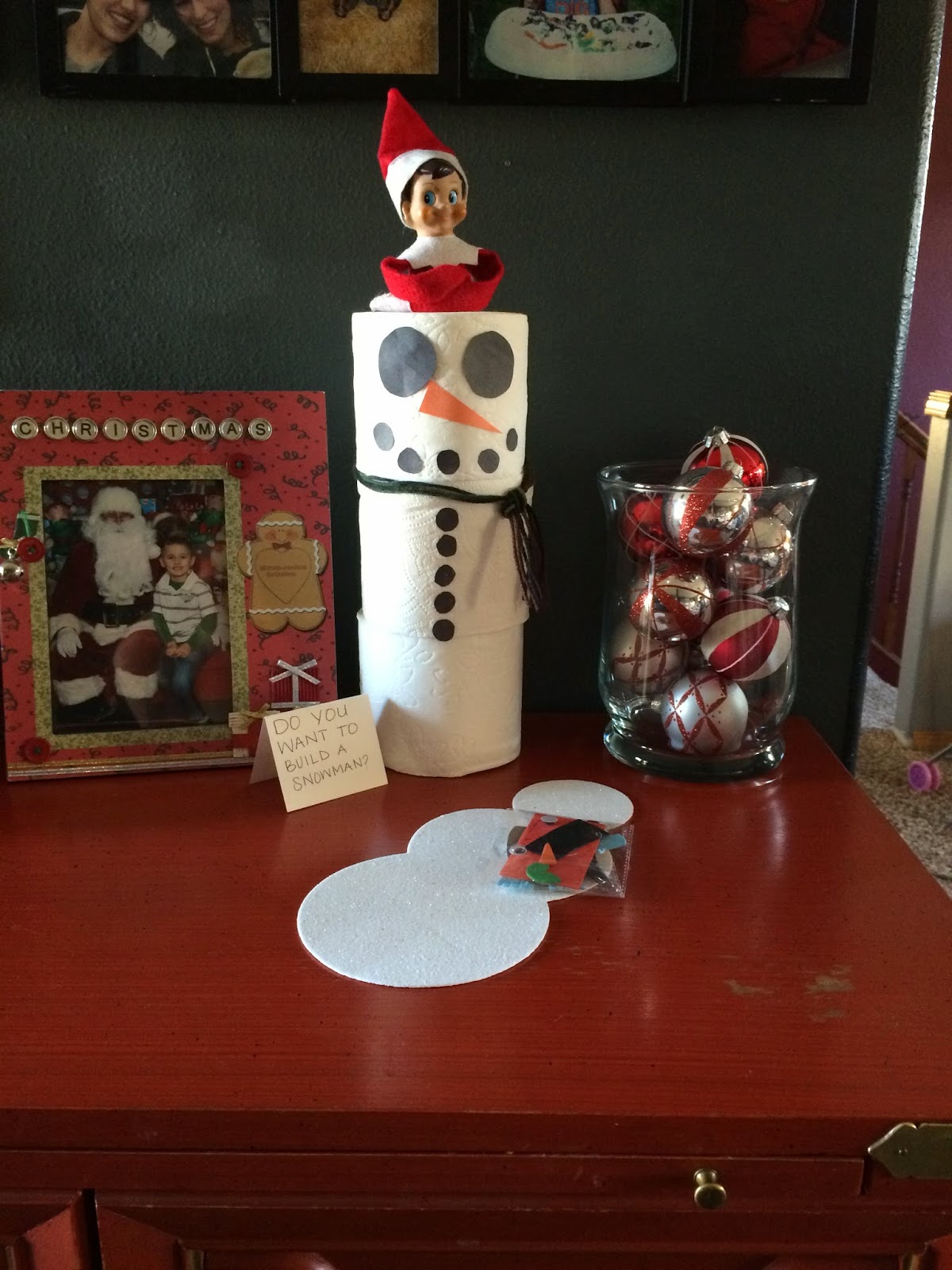 He was pretty excited! 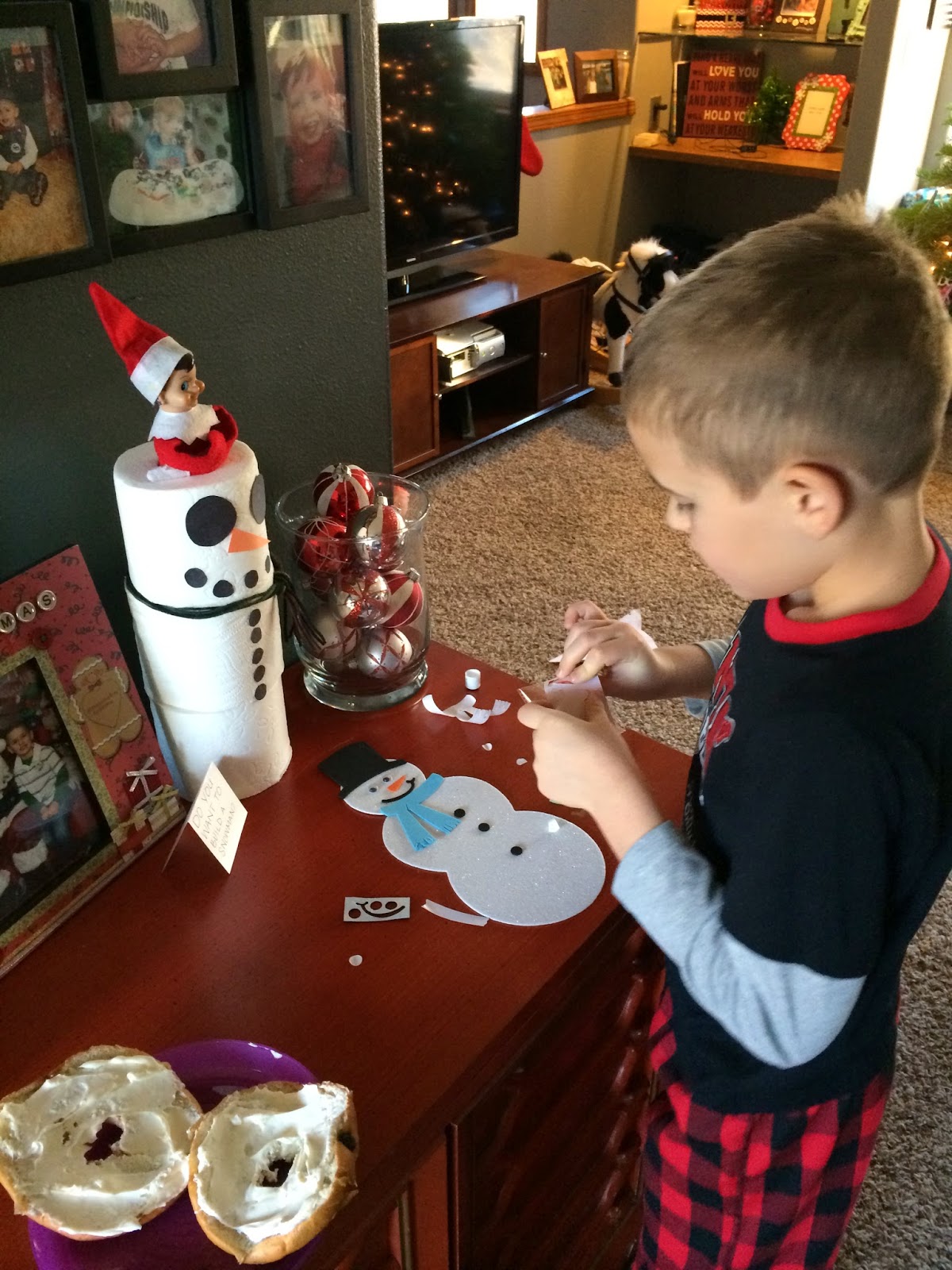 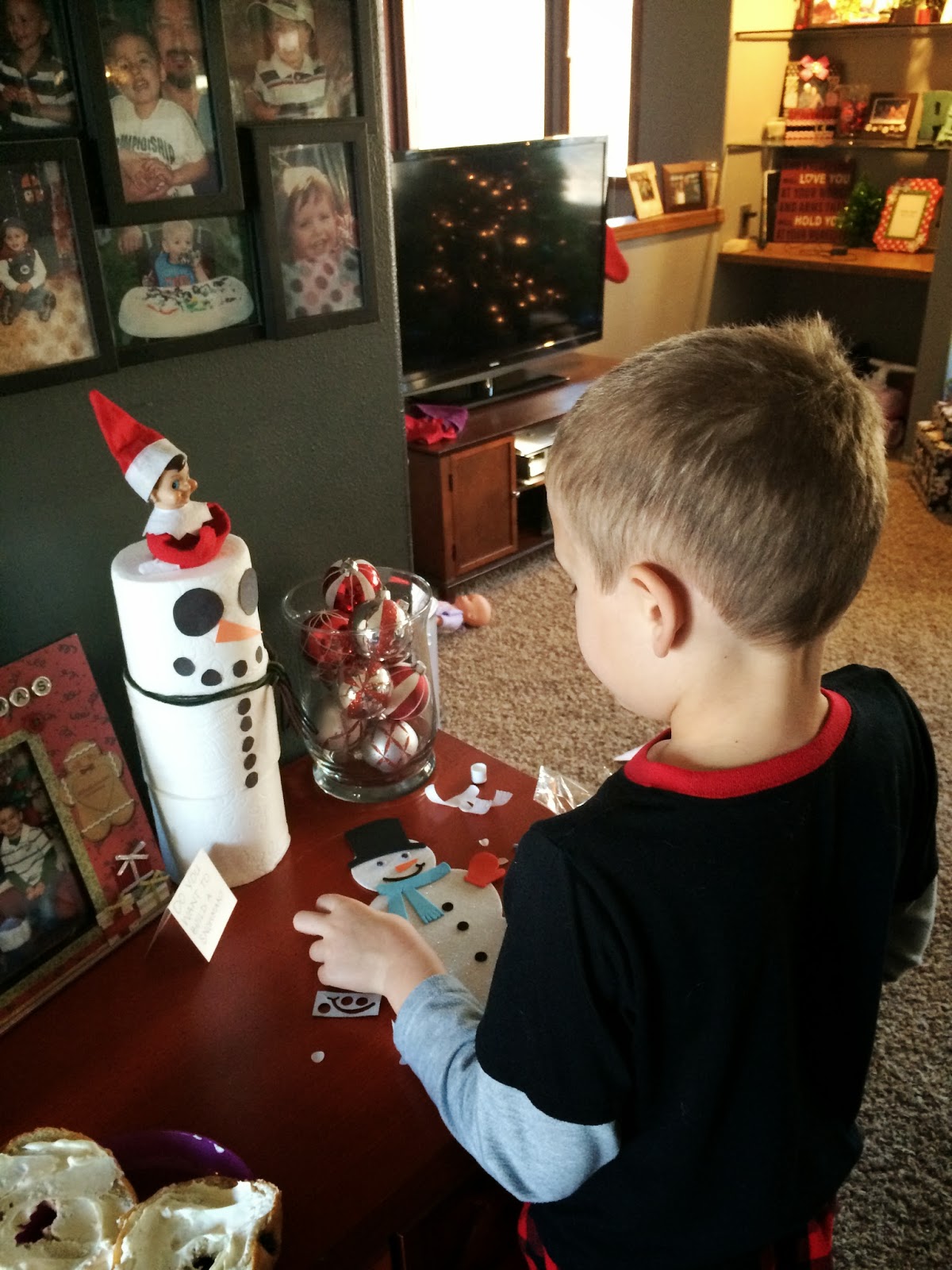 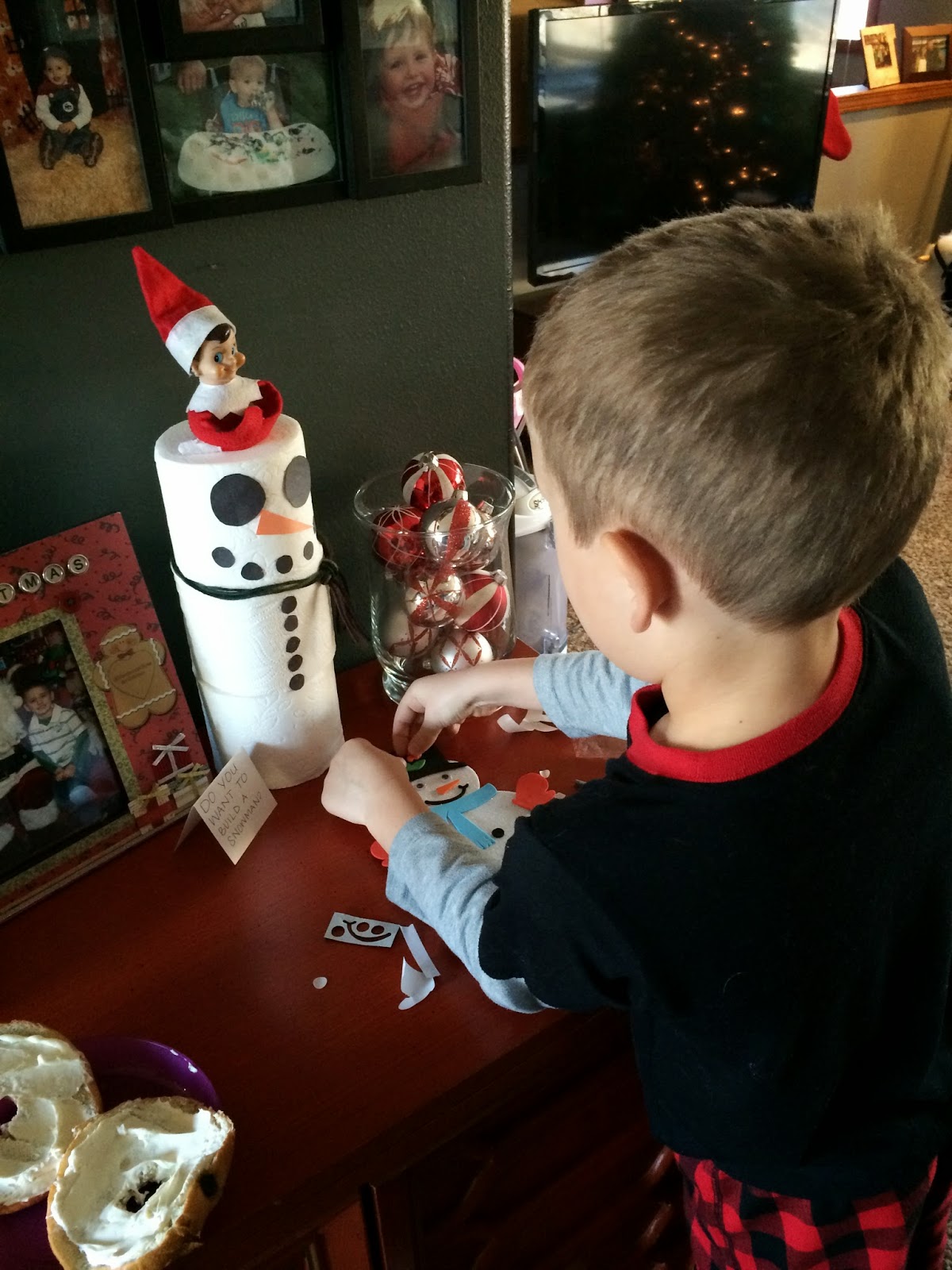 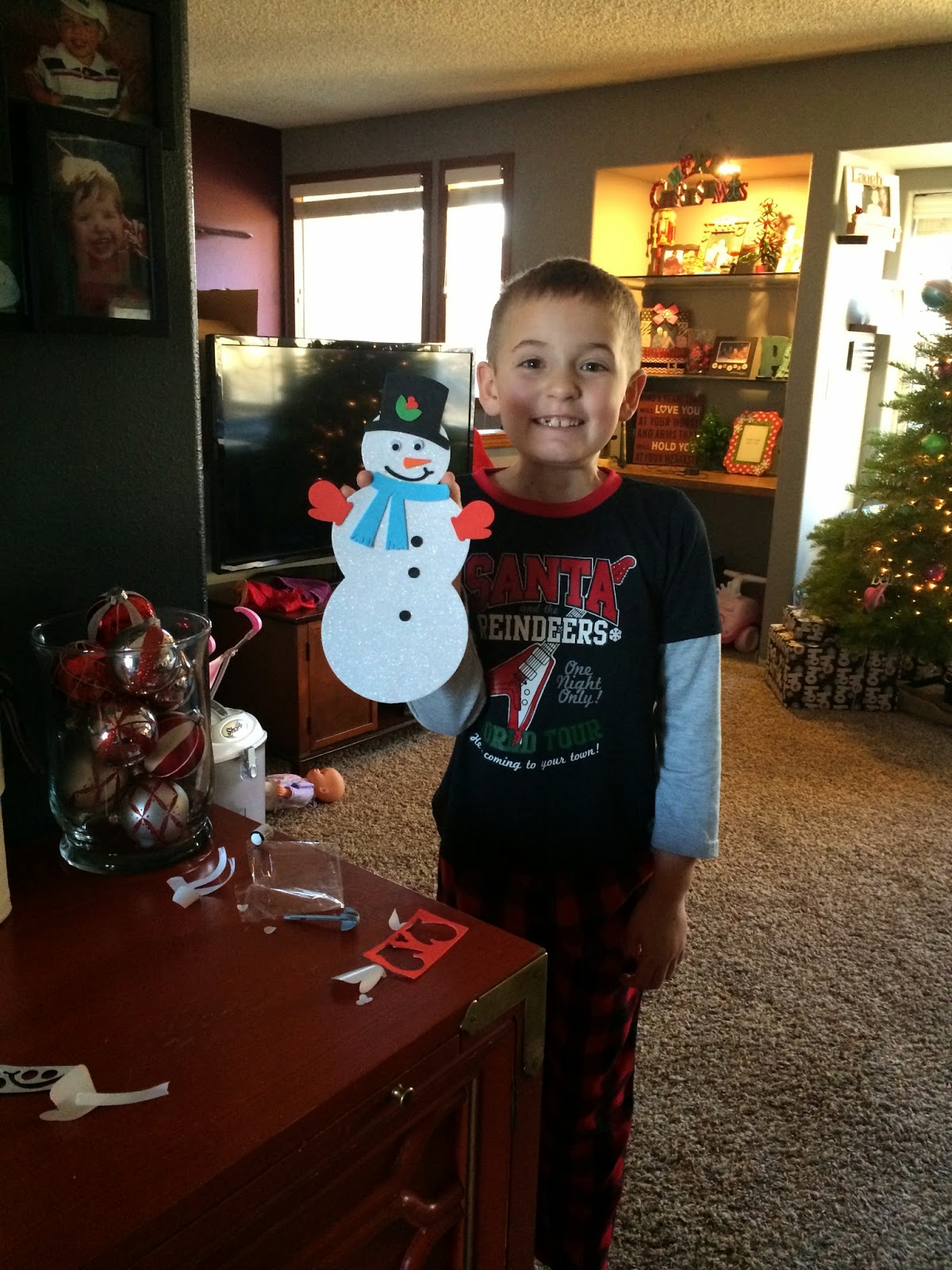 Preston and Elf the Elf's snowmen. 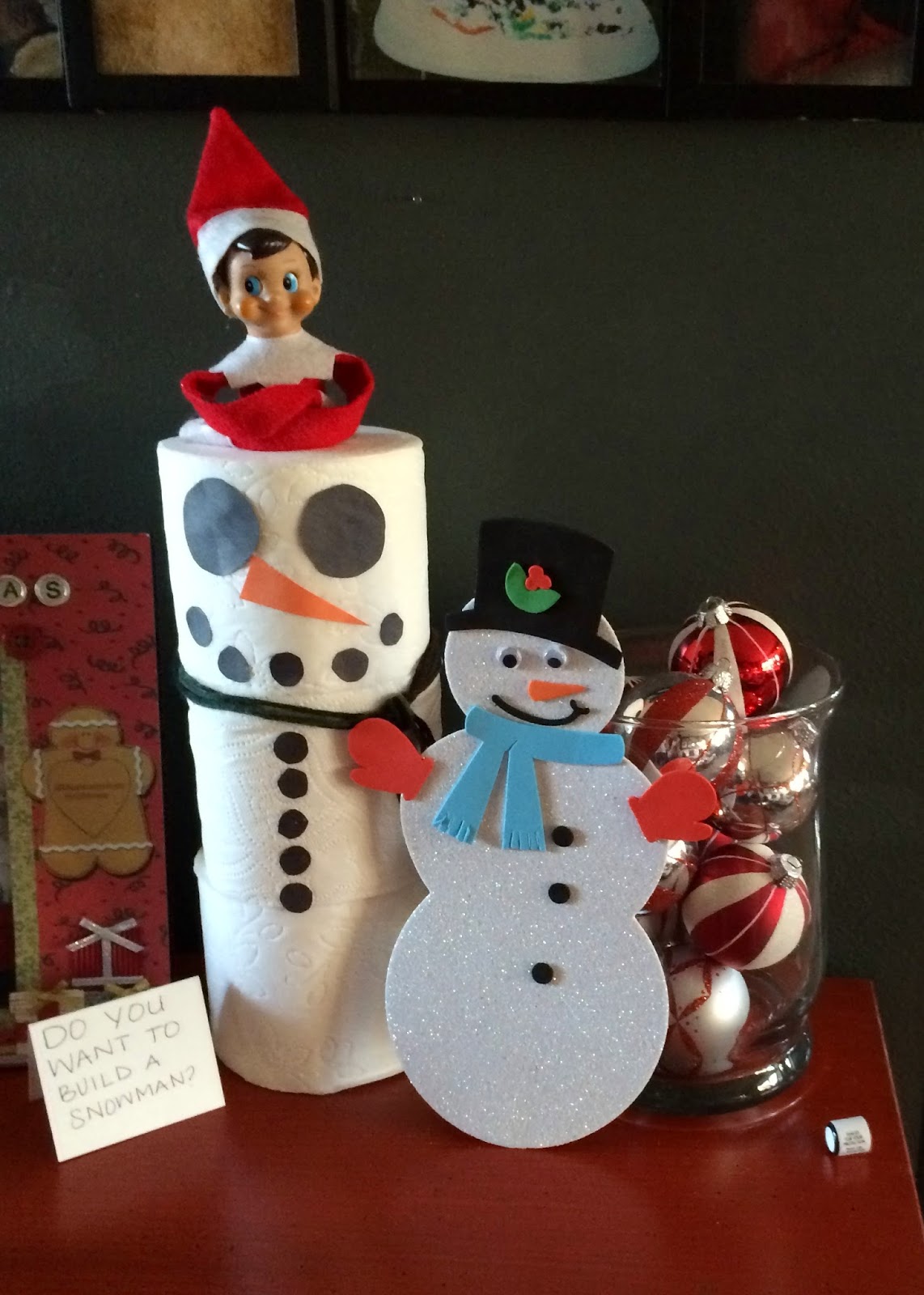 Obviously Preston had to take a photo with them too. 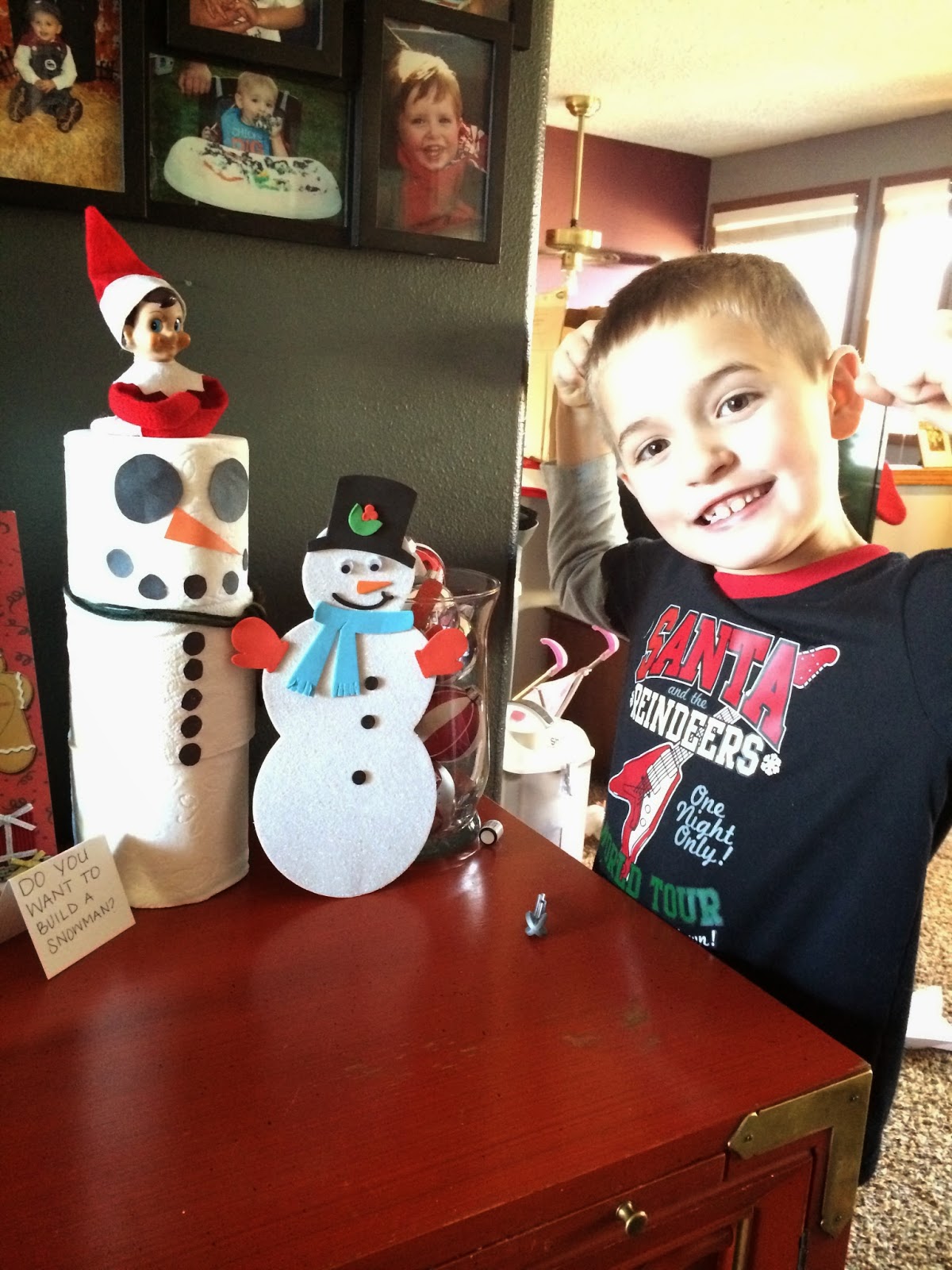 Then make me take one as well. 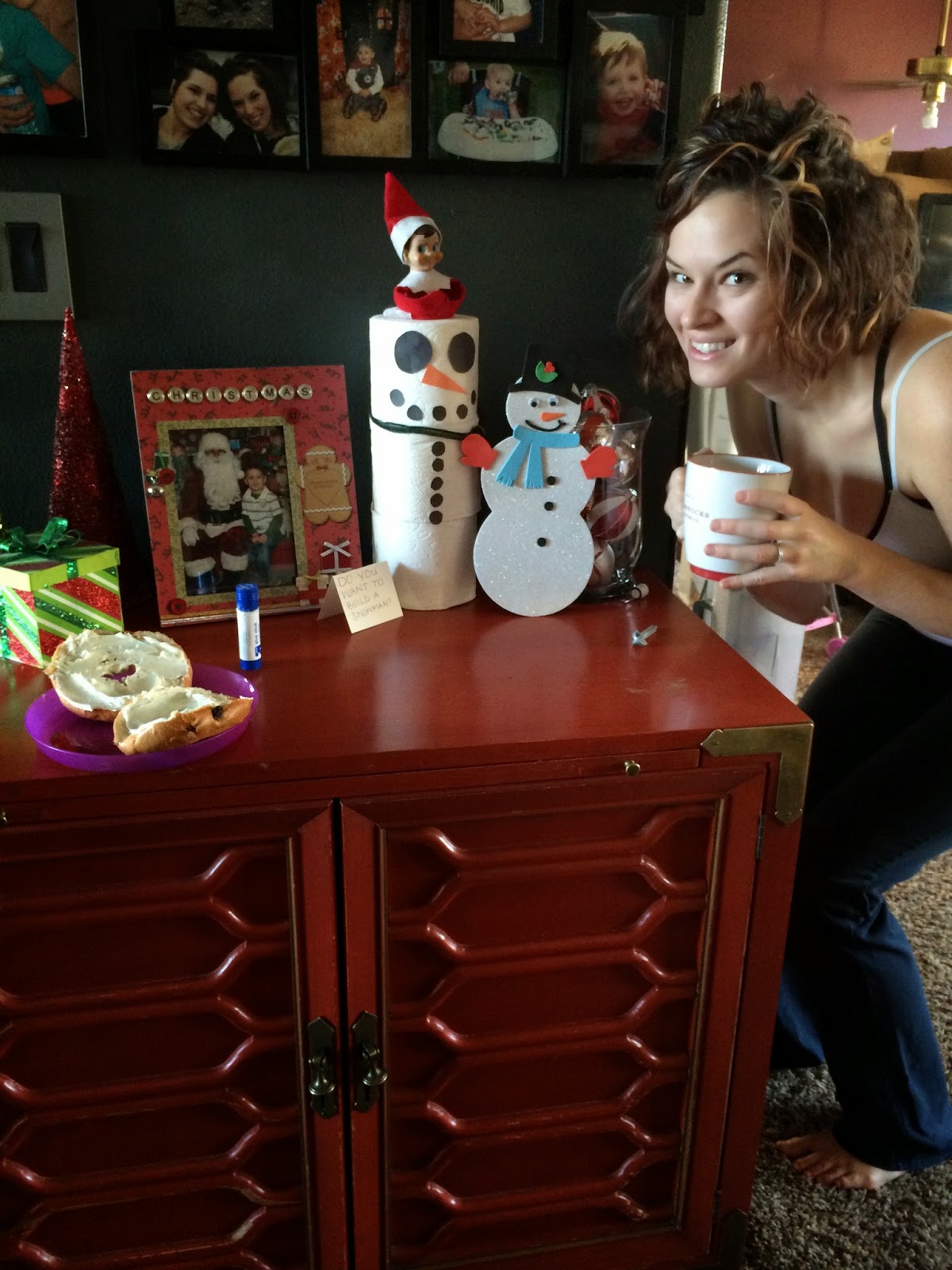 Playing some cards with Mr Snowman. 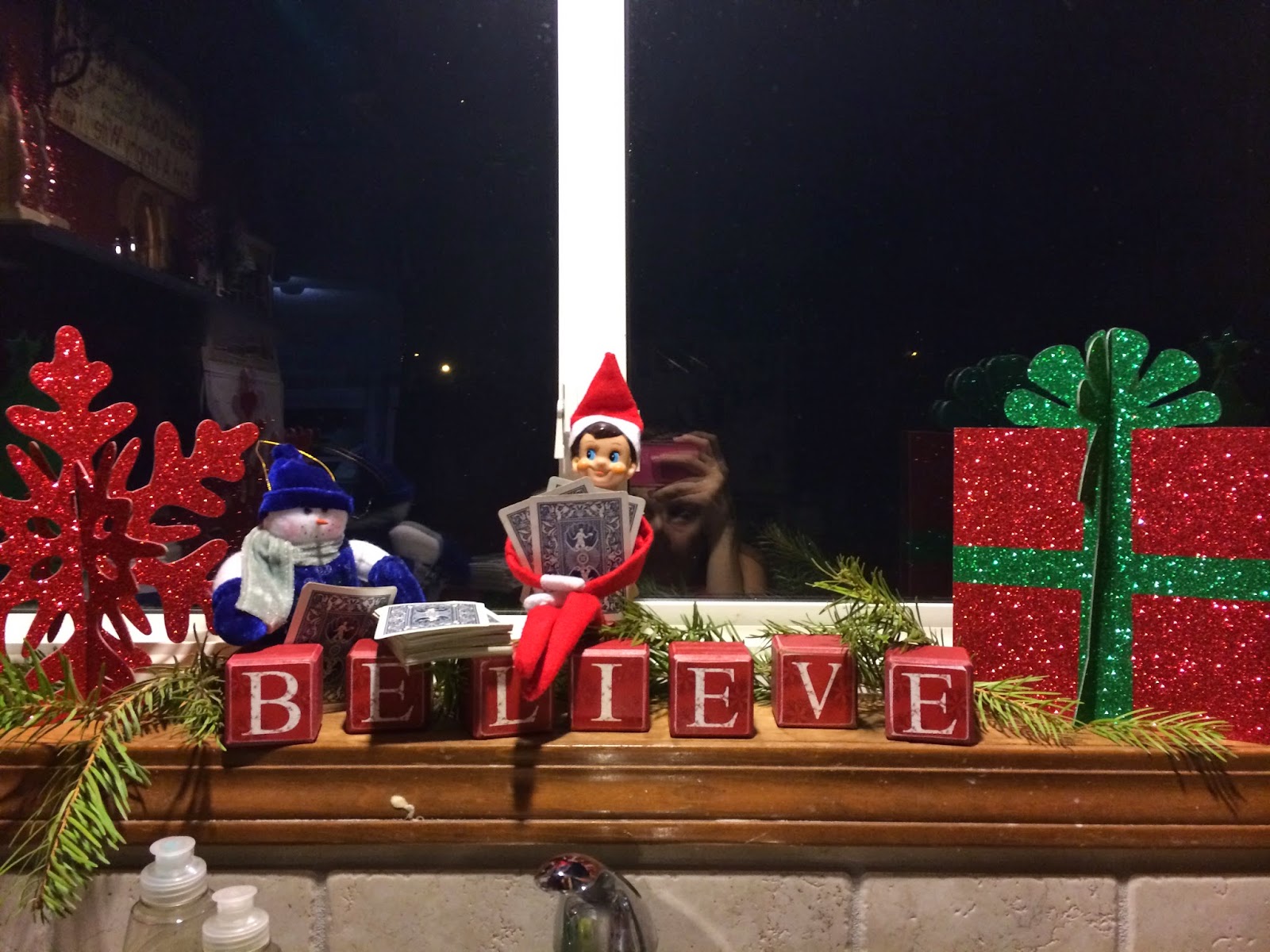 Preston had a bad couple of day so Elf the Elf had to ask Preston to work on his listening skills. 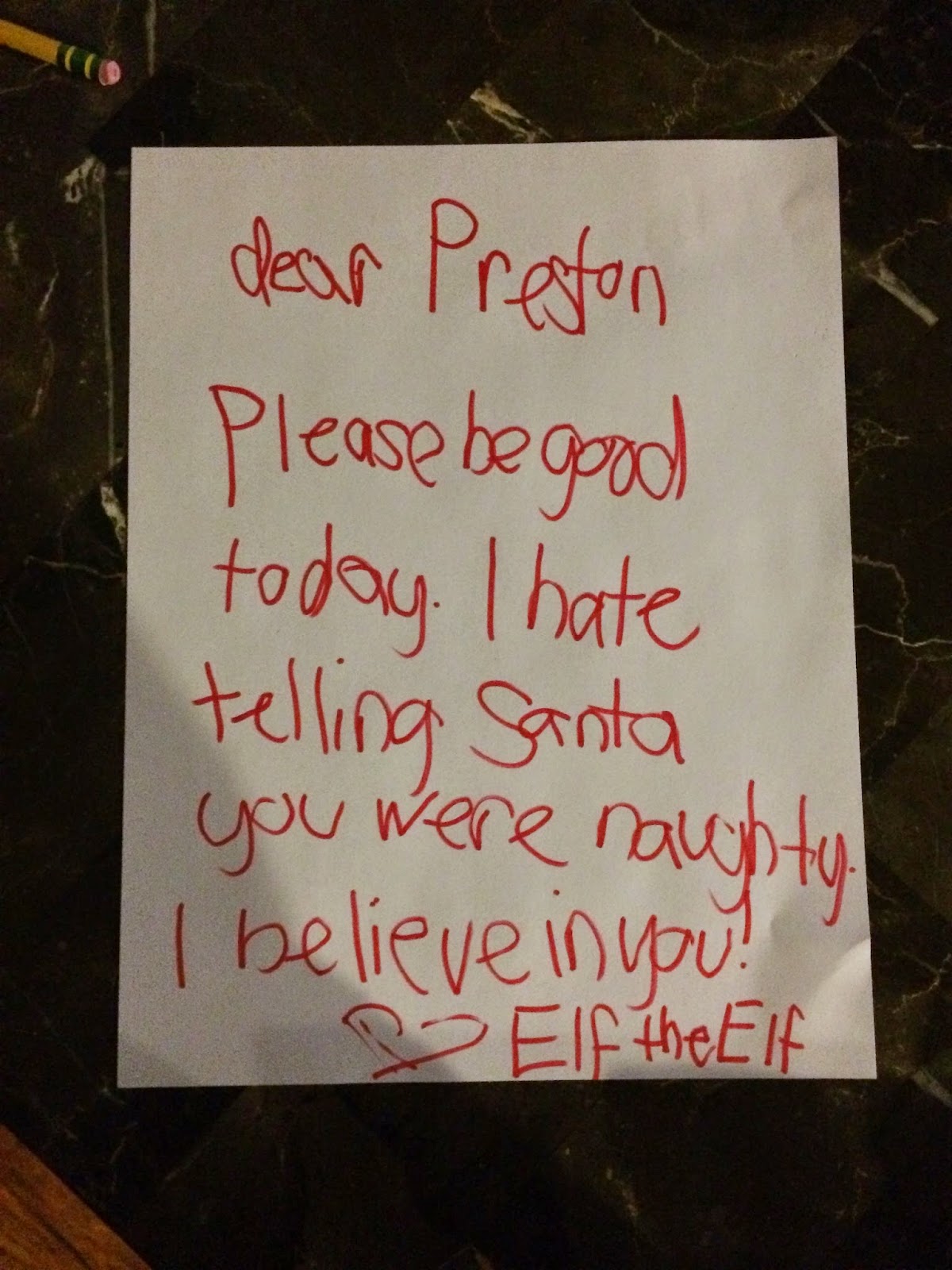 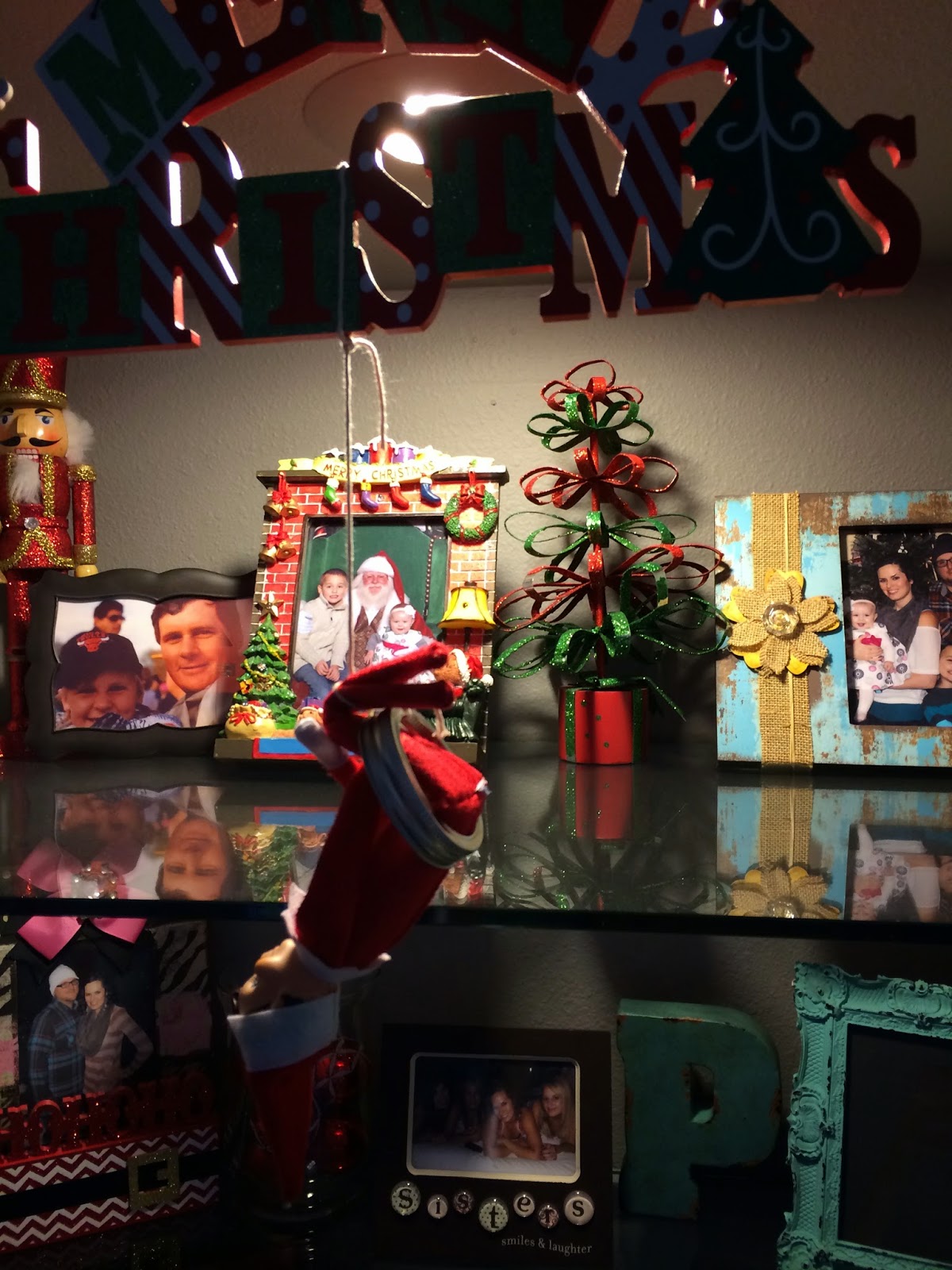 Good thing it was Elf's last night with us because he toilet papered our tree and hung candy canes all over it! 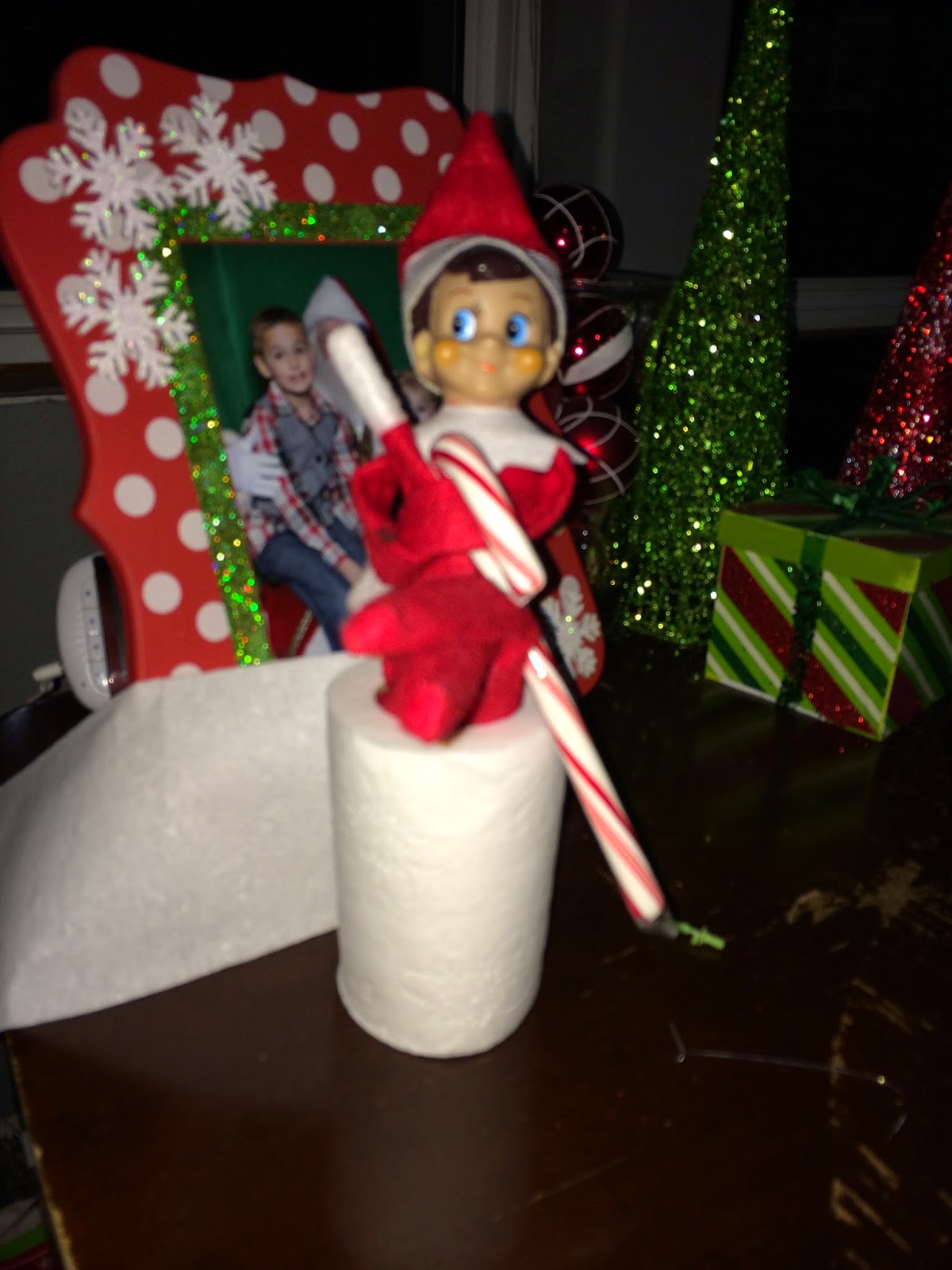 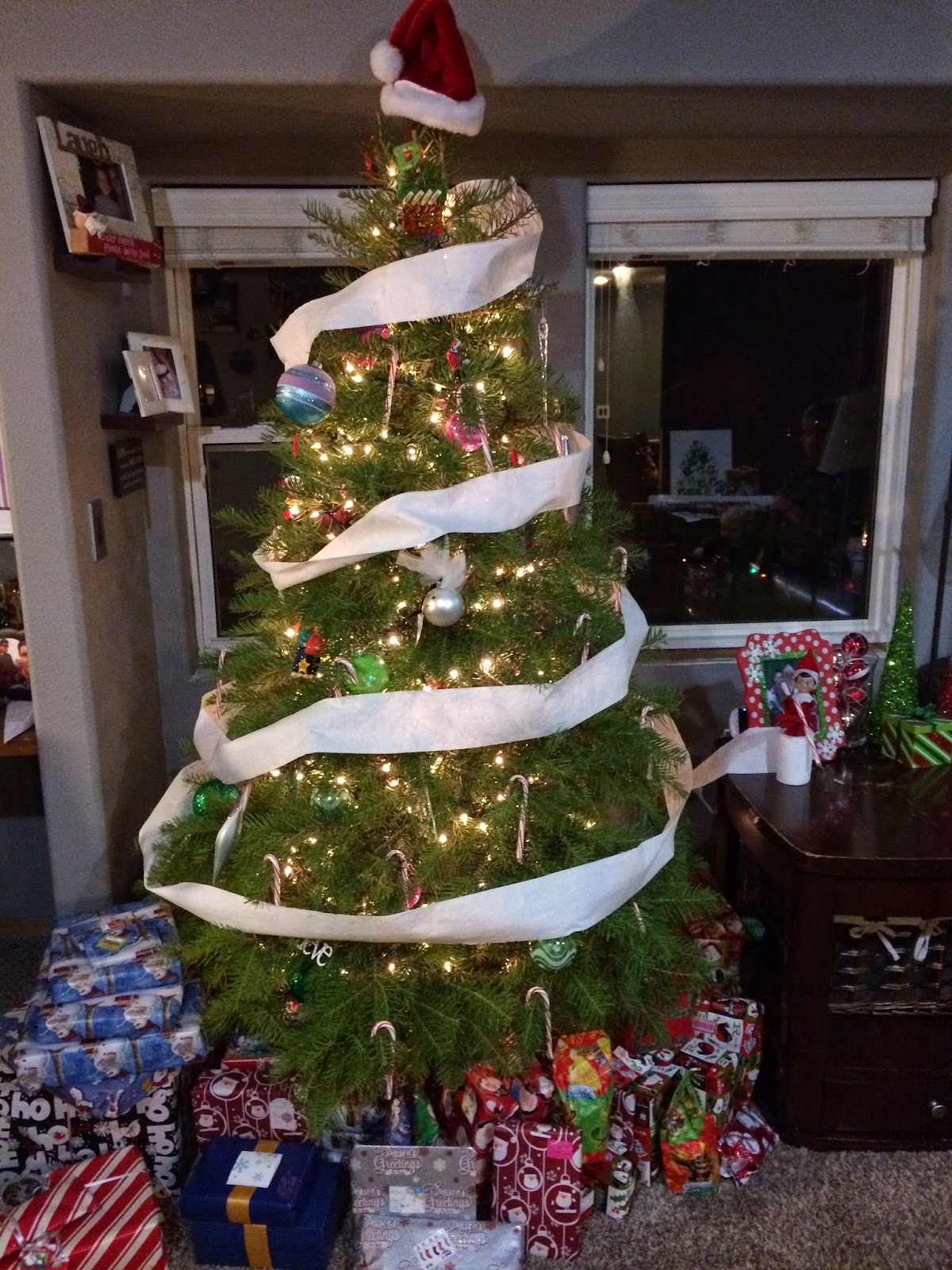 I know that Preston is going to be sad that Elf won't be back until next year.  Hopefully by then he'll have a lady friend with him for Olivia!