We skipped Disney On Ice last year.  With Brad's work schedule and Olivia only being six months it just wasn't in the cards for us.

But you better believe we were going this year!  I super puffy heart love Disney On Ice.  I've been going since I was little and my Grandpa would take us and we got to meet the characters backstage.  And love that Preston and Olivia will get to grow up going too!  Only without that extra backstage pass.  Sorry kids Mommy isn't as cool as Grandpa Roger.

I tried to dress Olivia up like Rapunzel for the show.  But she was only willing to wear the dress for a few minutes at home before we left and then again at my parents house before we left.  But she looked so cute! 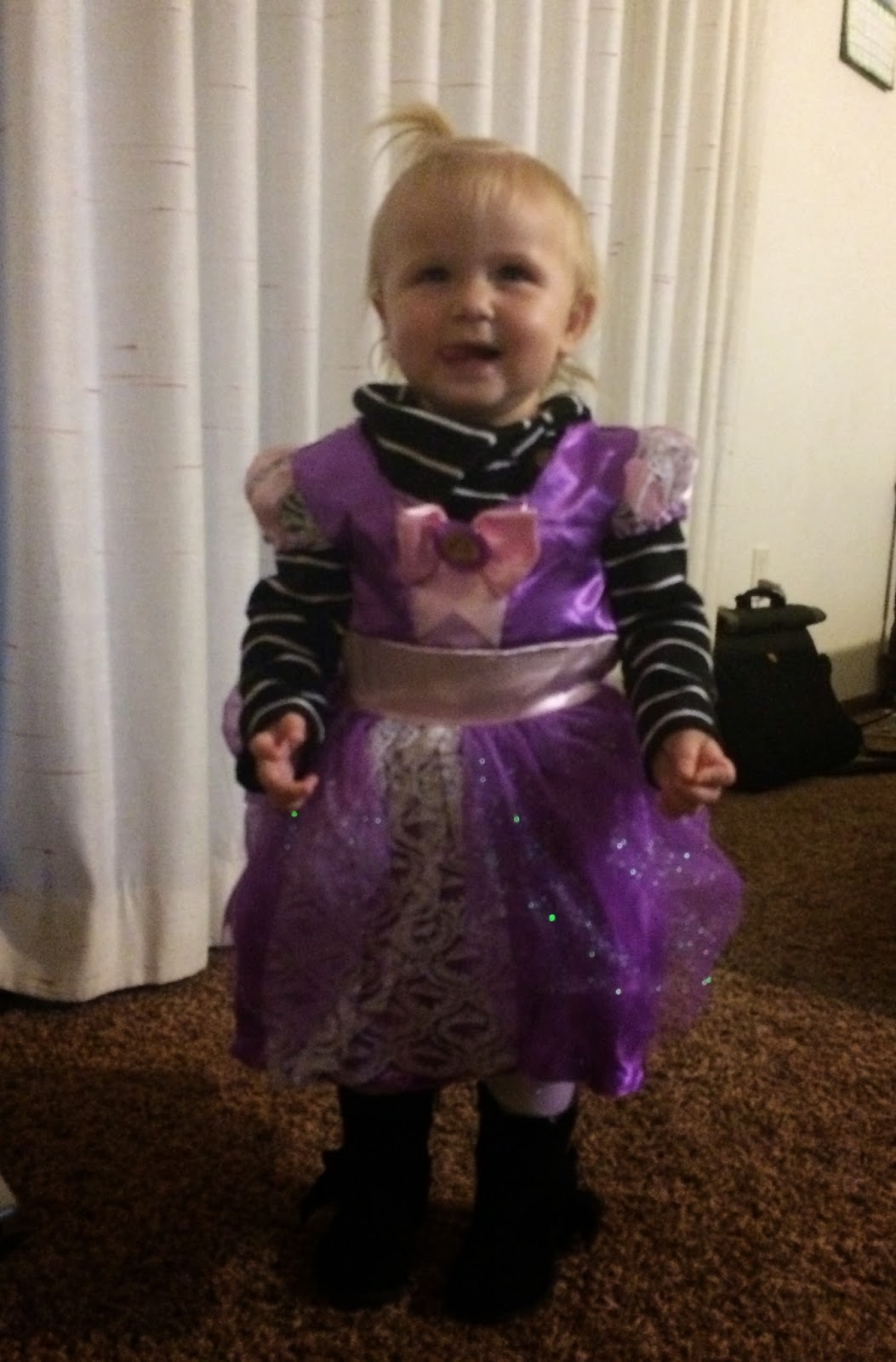 At the show!  We were only about ten or so rows back!  Next year I'm totally buying our seats early so we can be front and center.

I swear Preston and Brad were excited.  Even if their mean mugging says otherwise.  I say smile and they both do this.  Like father like son. 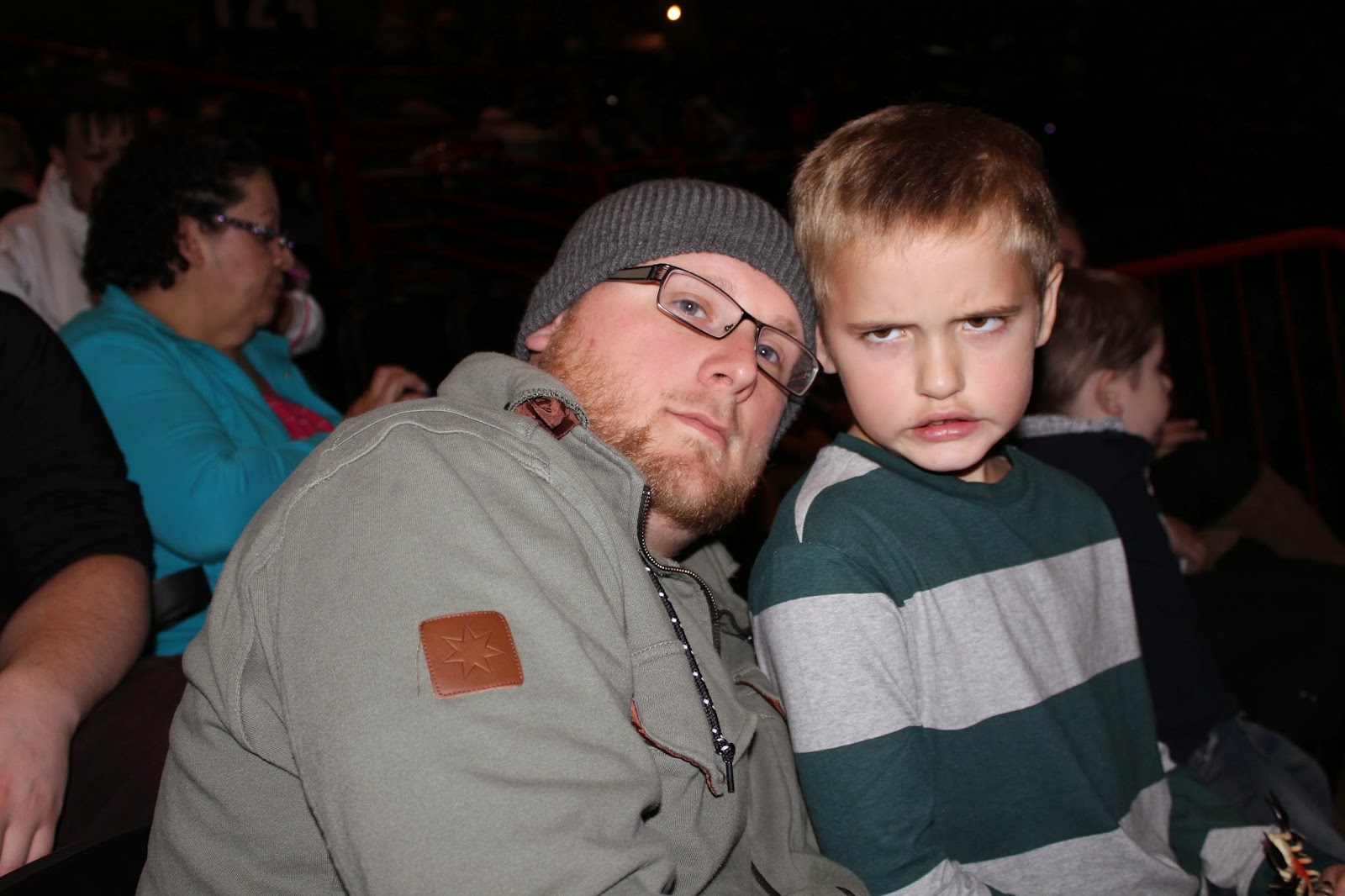 Olivia liked it a lot more than I thought she would!  She was pretty fascinated! 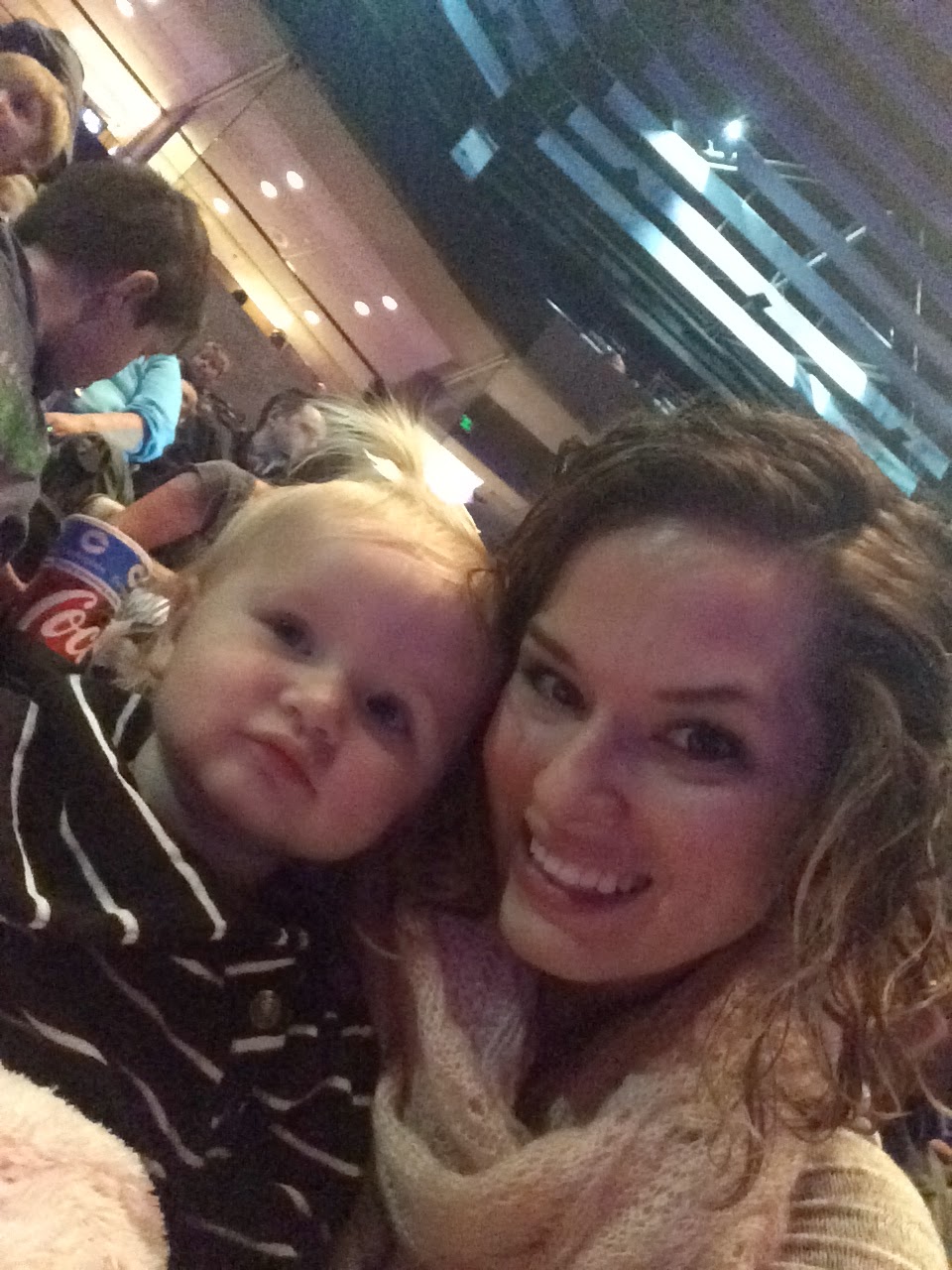 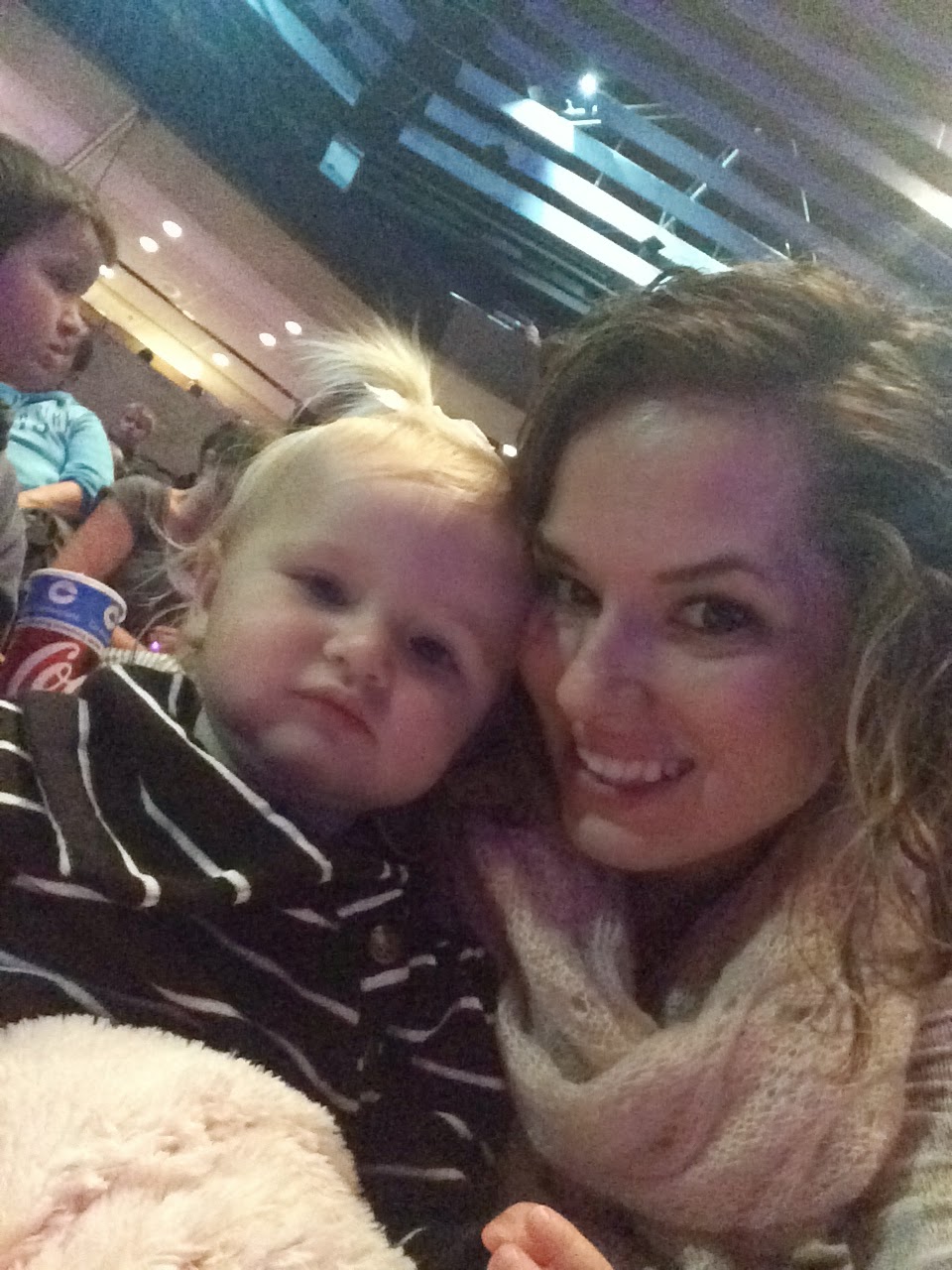 Thanks for ruining the picture Riss! 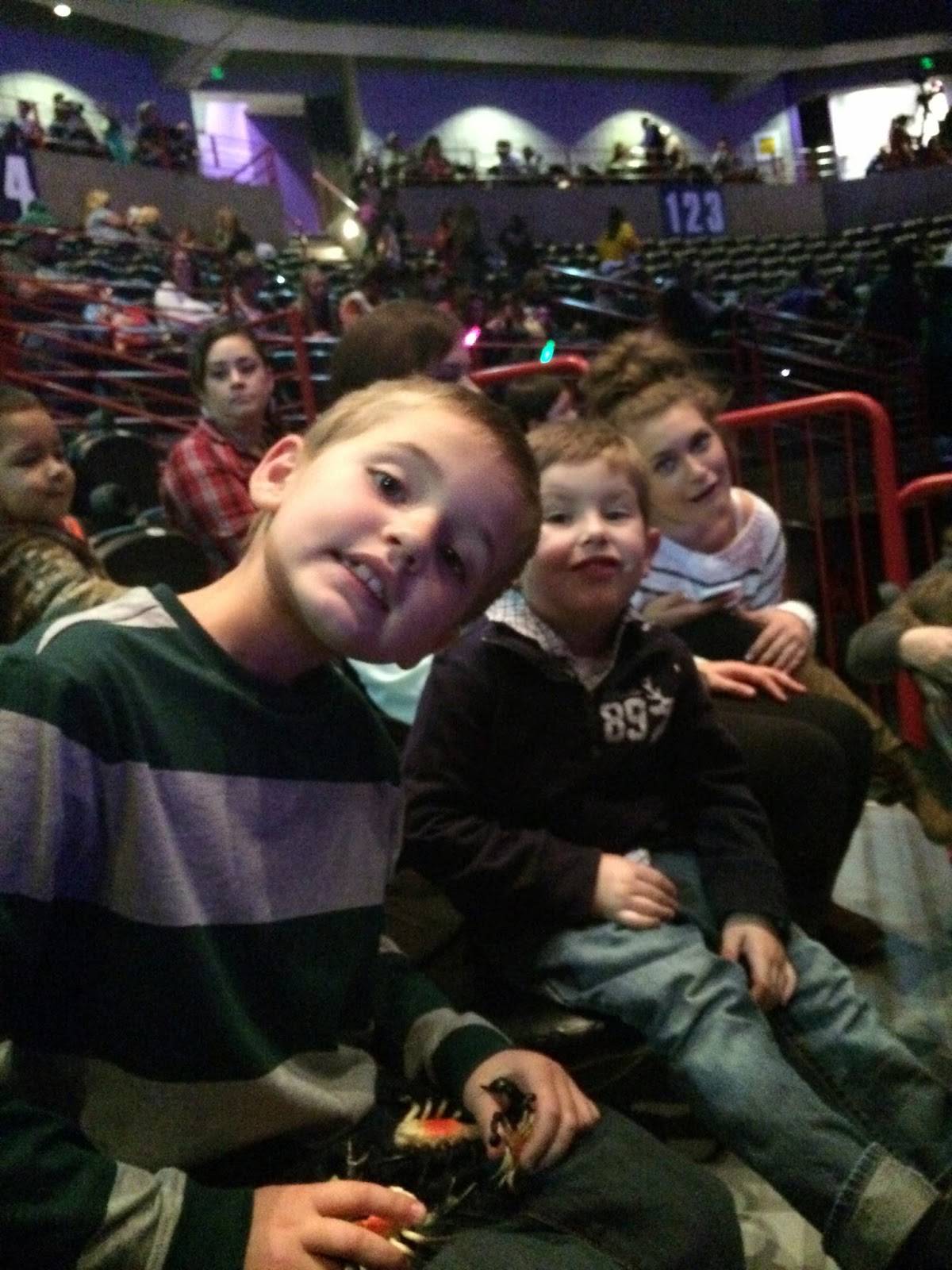 Probably the coolest part!  The brooms from Fantasia. 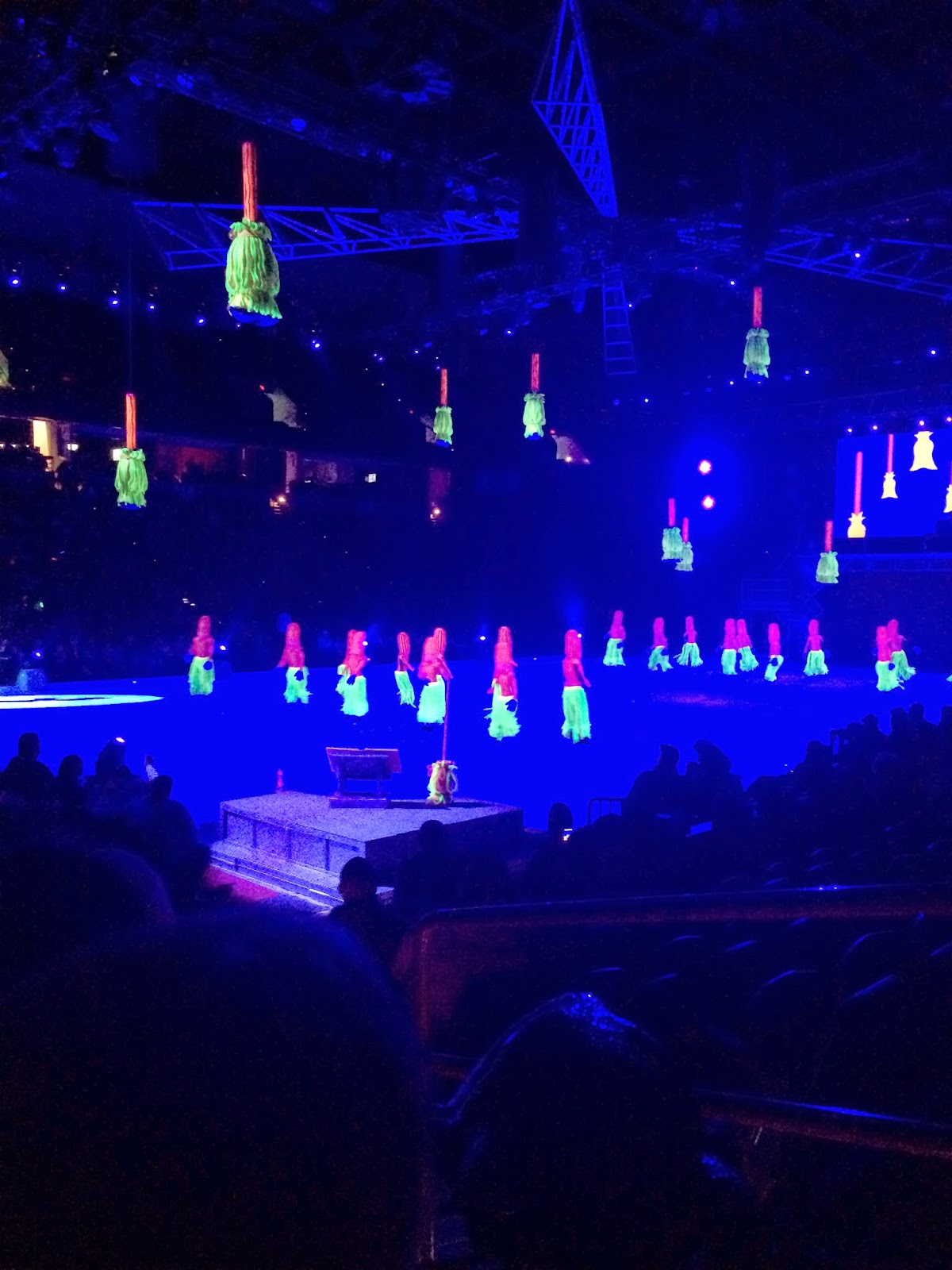 My Mom totally rocks and bought all three kids toys from the vendors!  The boys got these light up spinners and Olivia got an Ariel doll.  All of which were majorly overpriced but as my Mom said they like them!  And that's what Grandma's are for right? 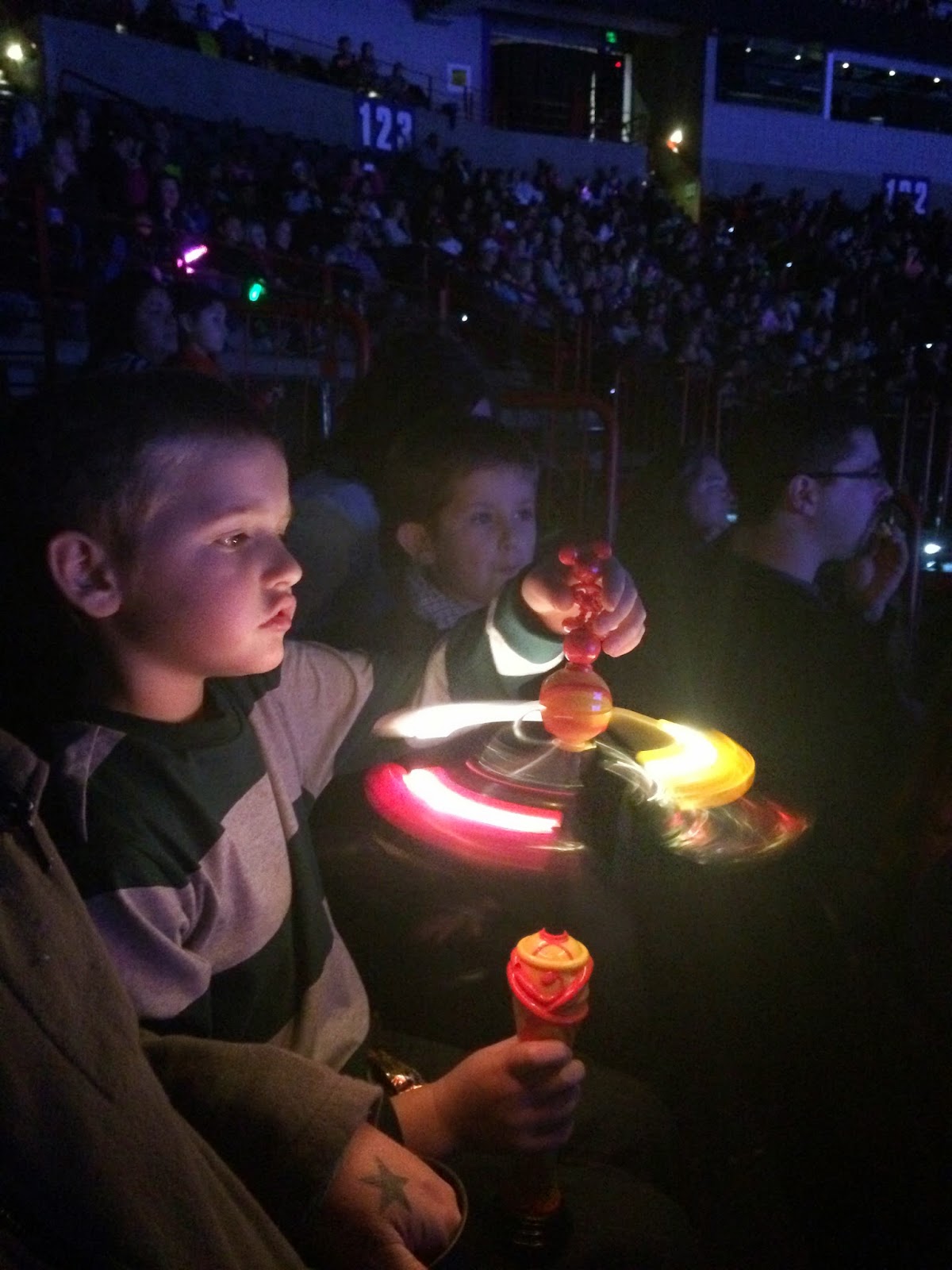 Some more of the show. 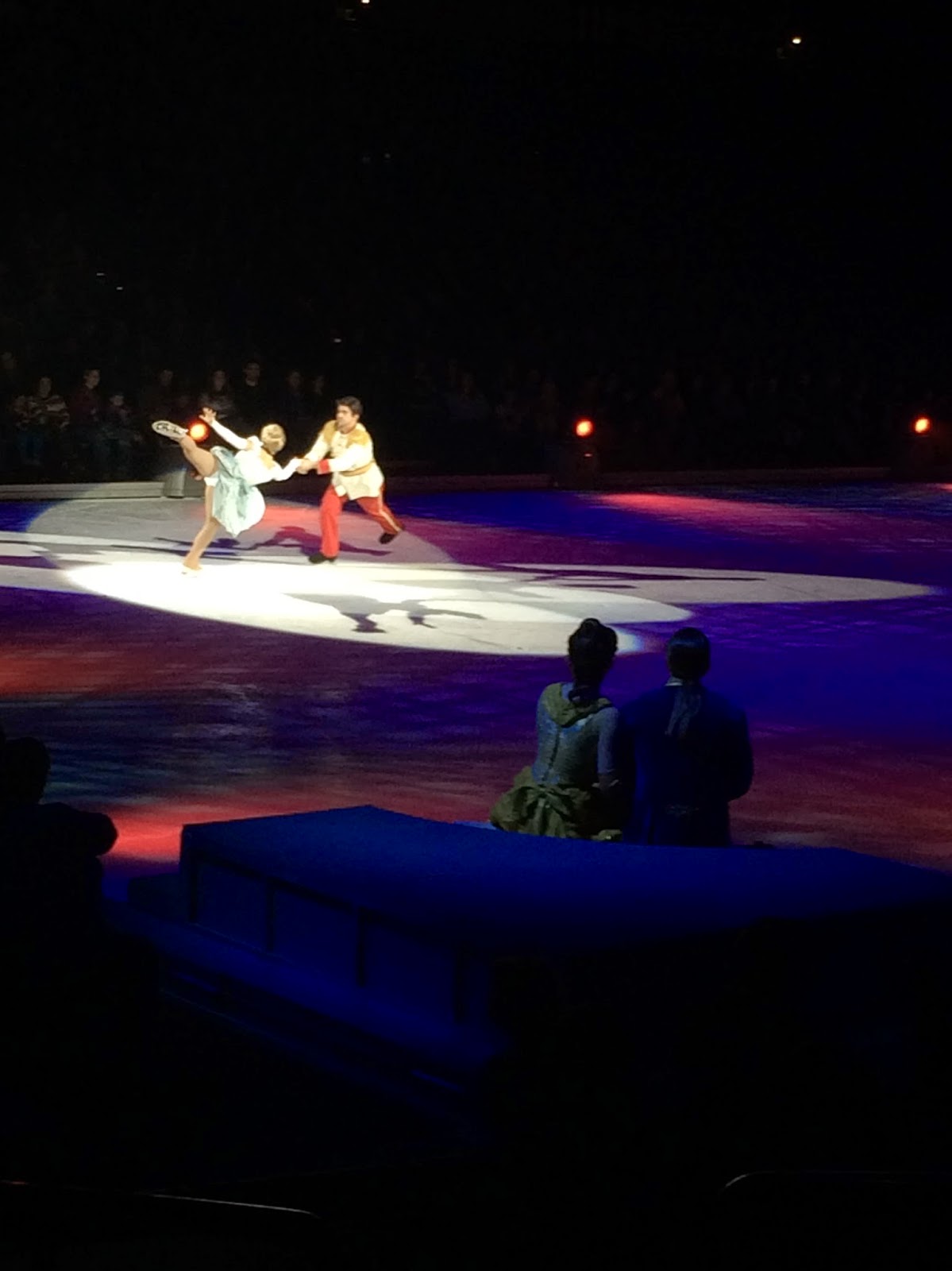 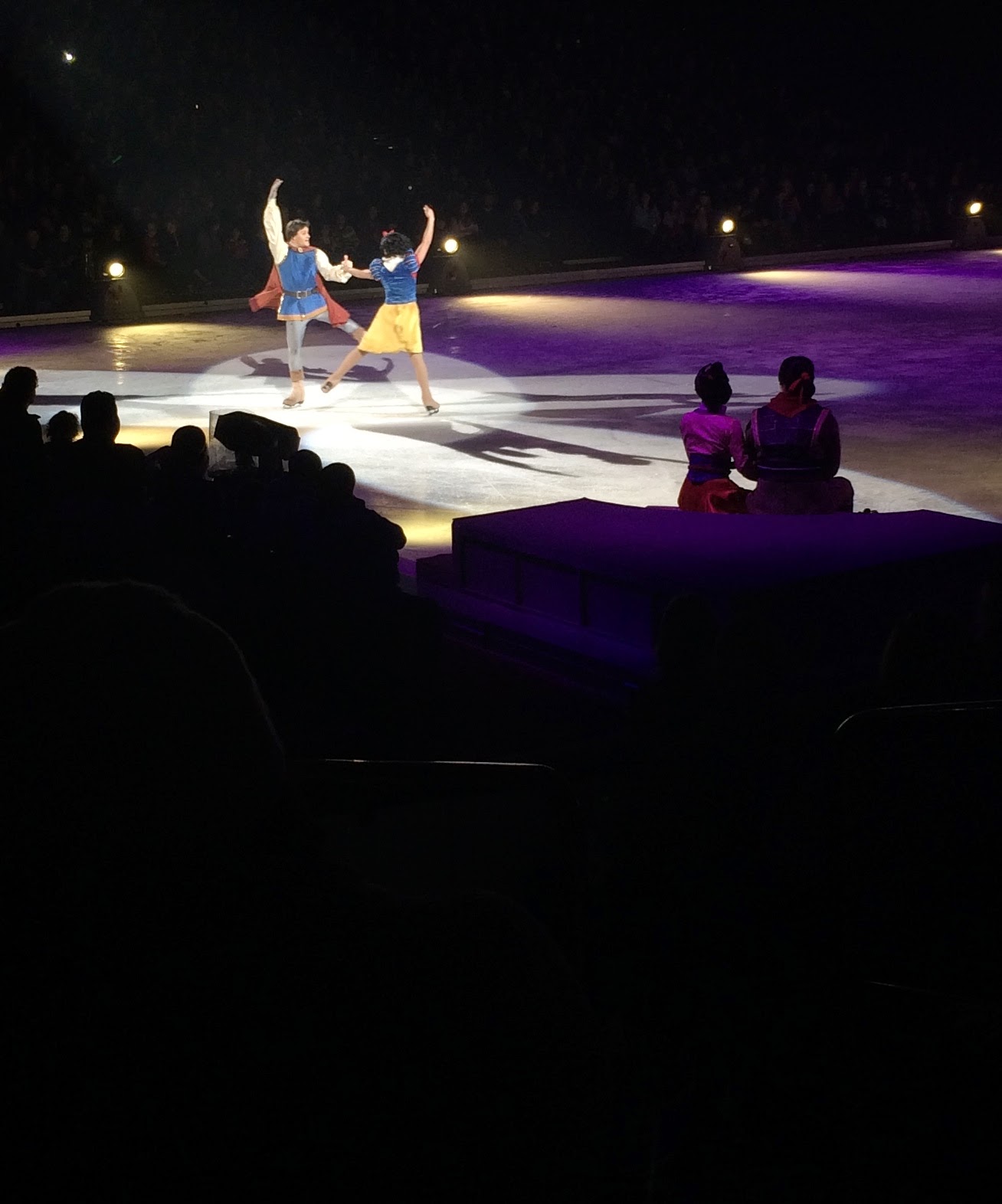 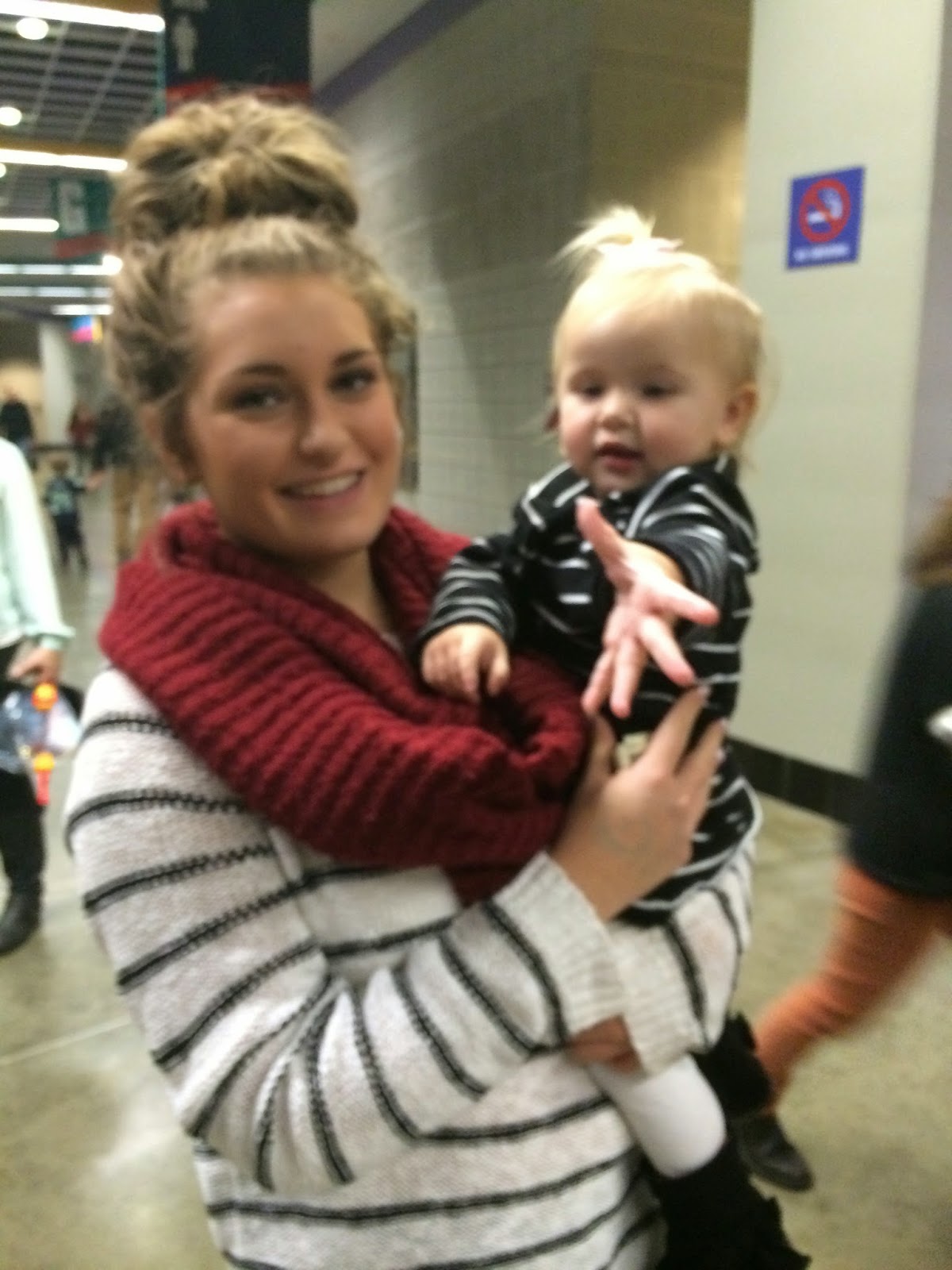 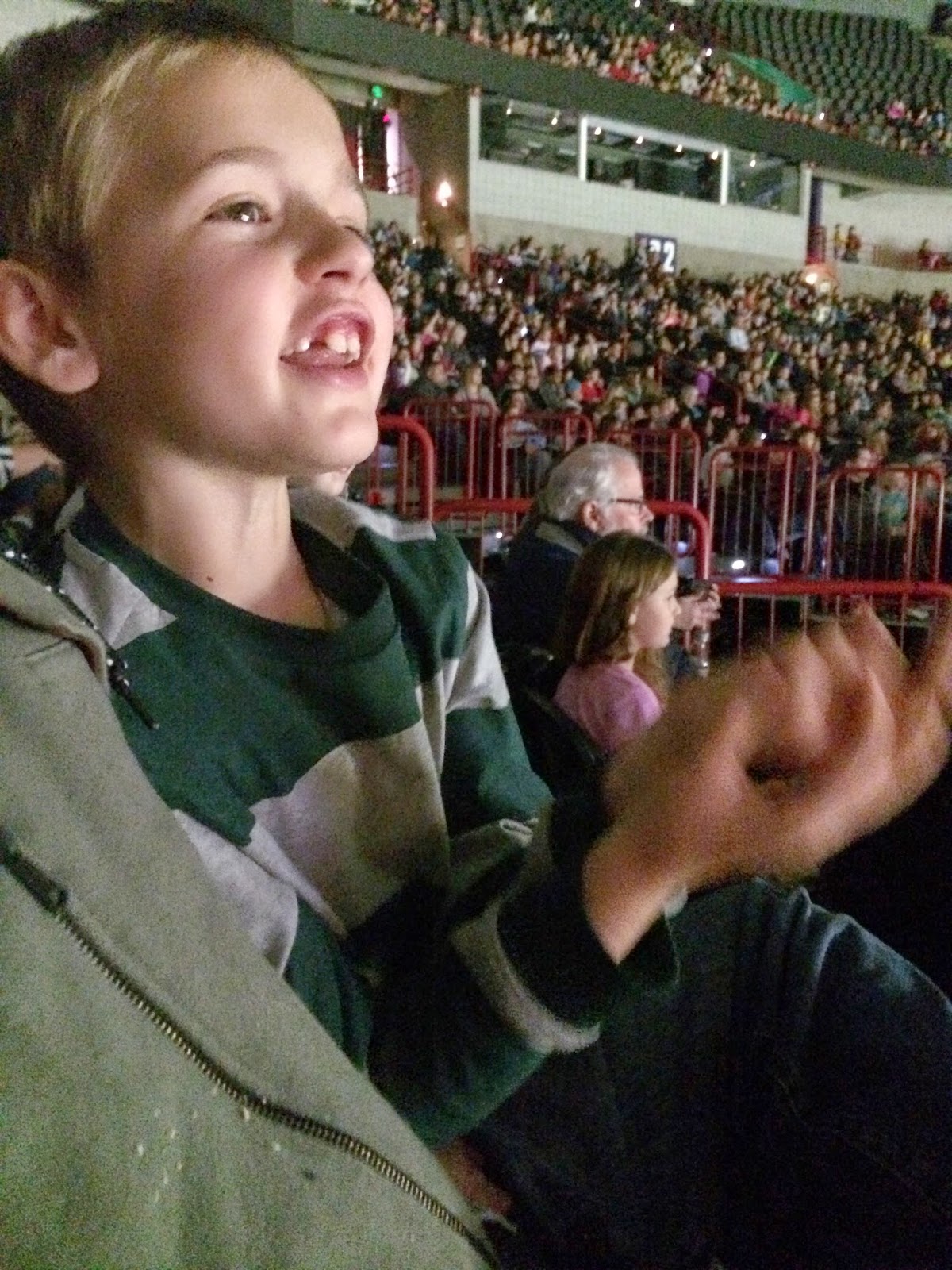 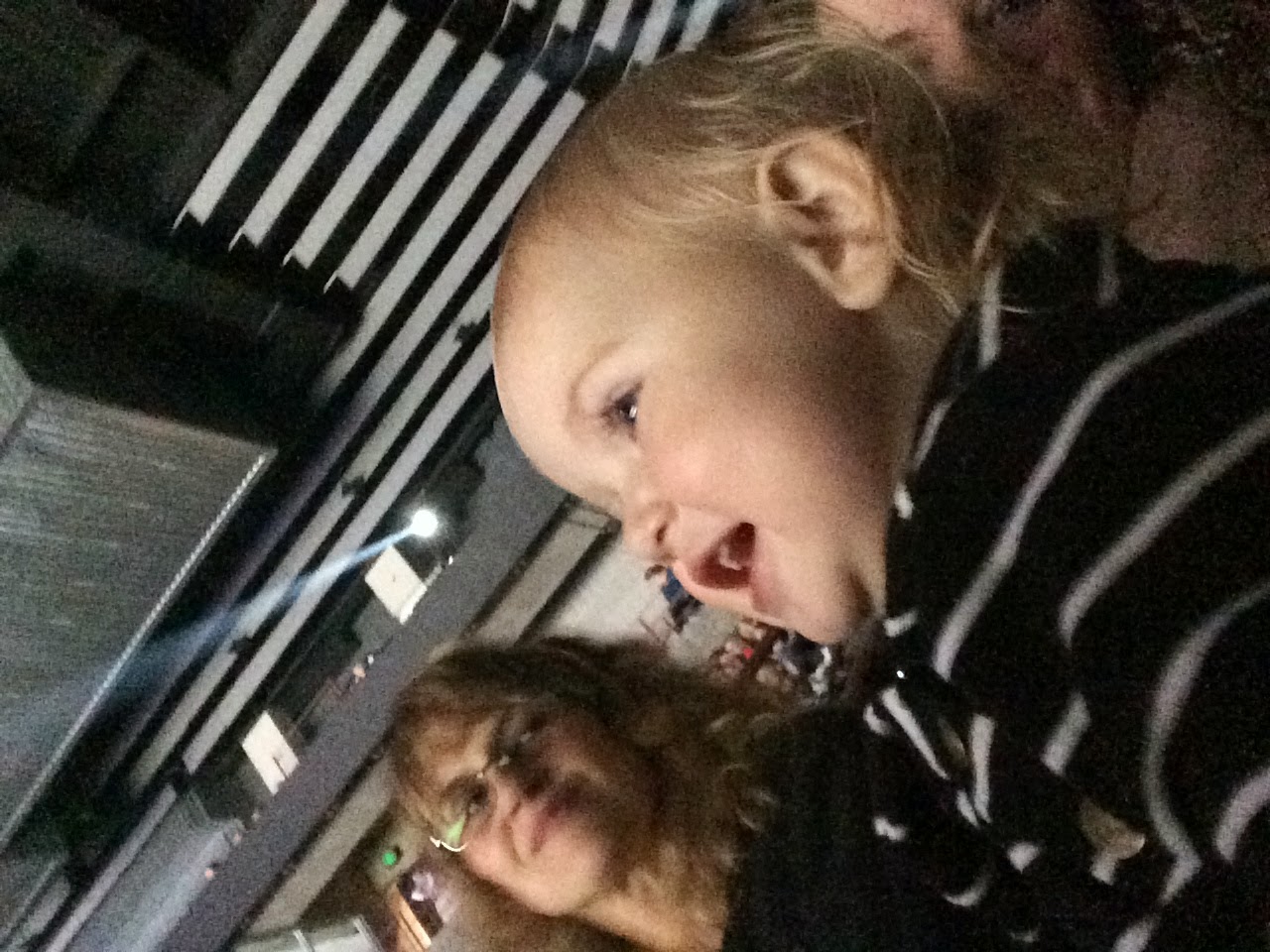 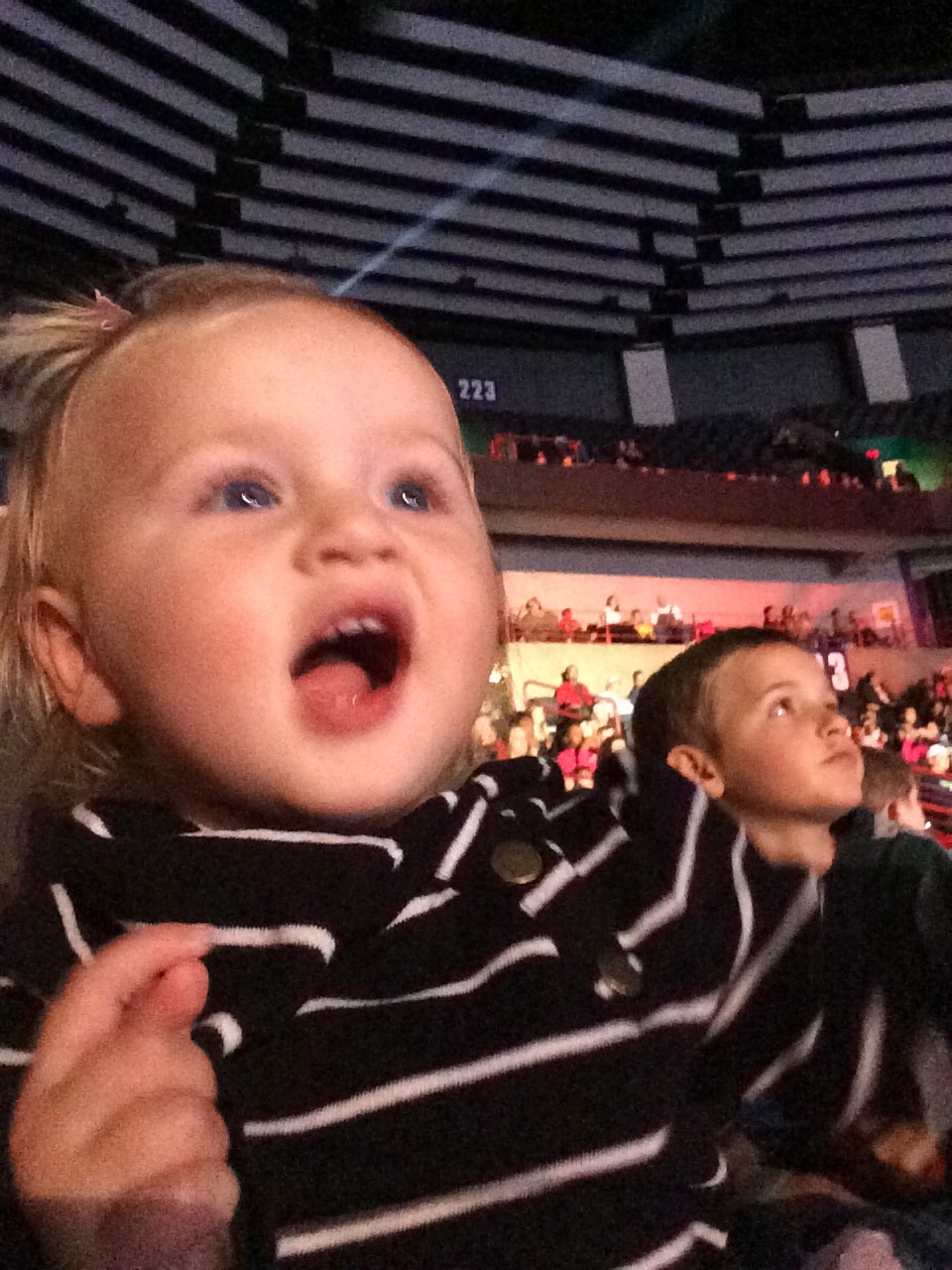 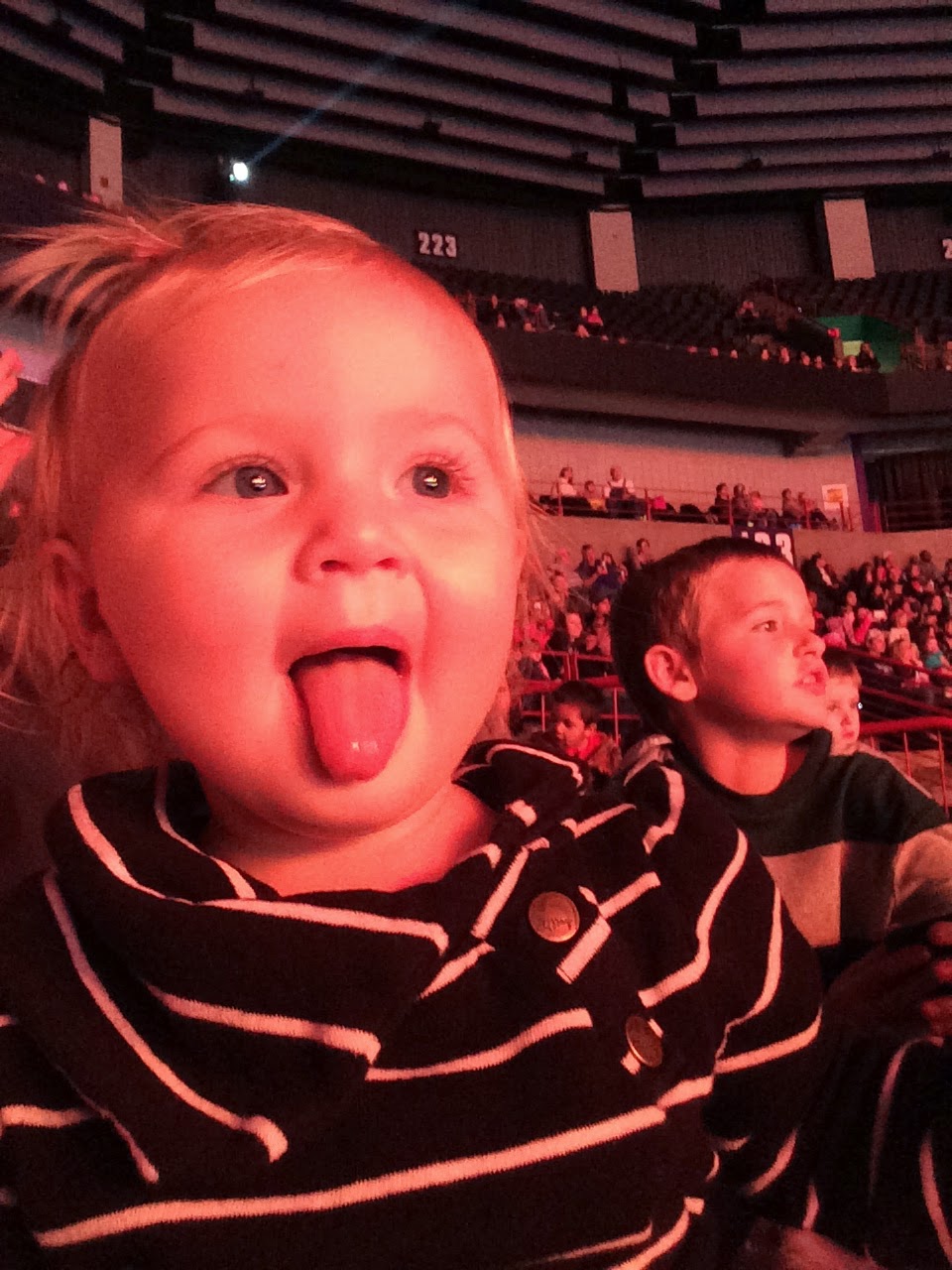 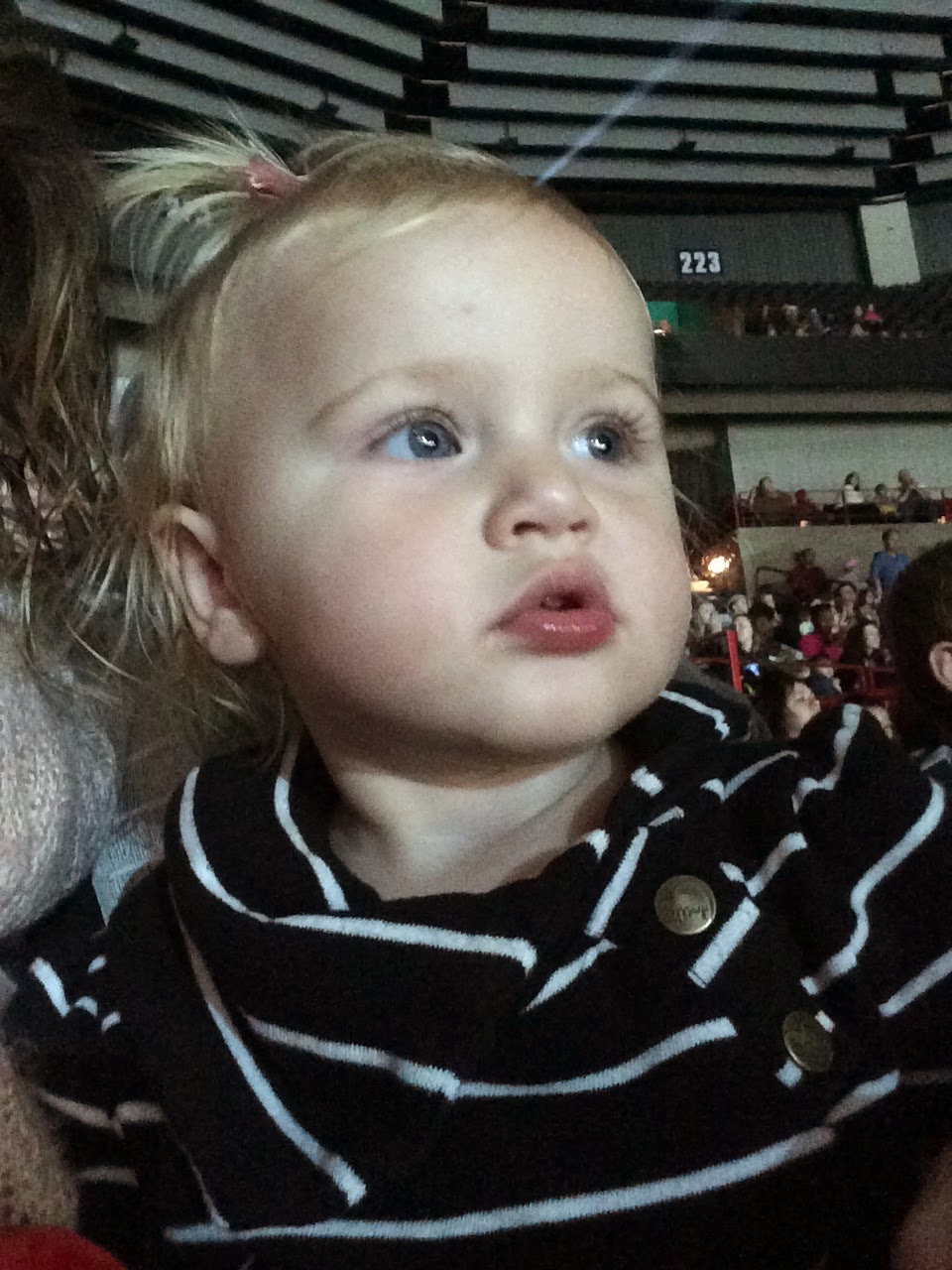 Preston refused to take a photo with us afterwards so here are the three of us! 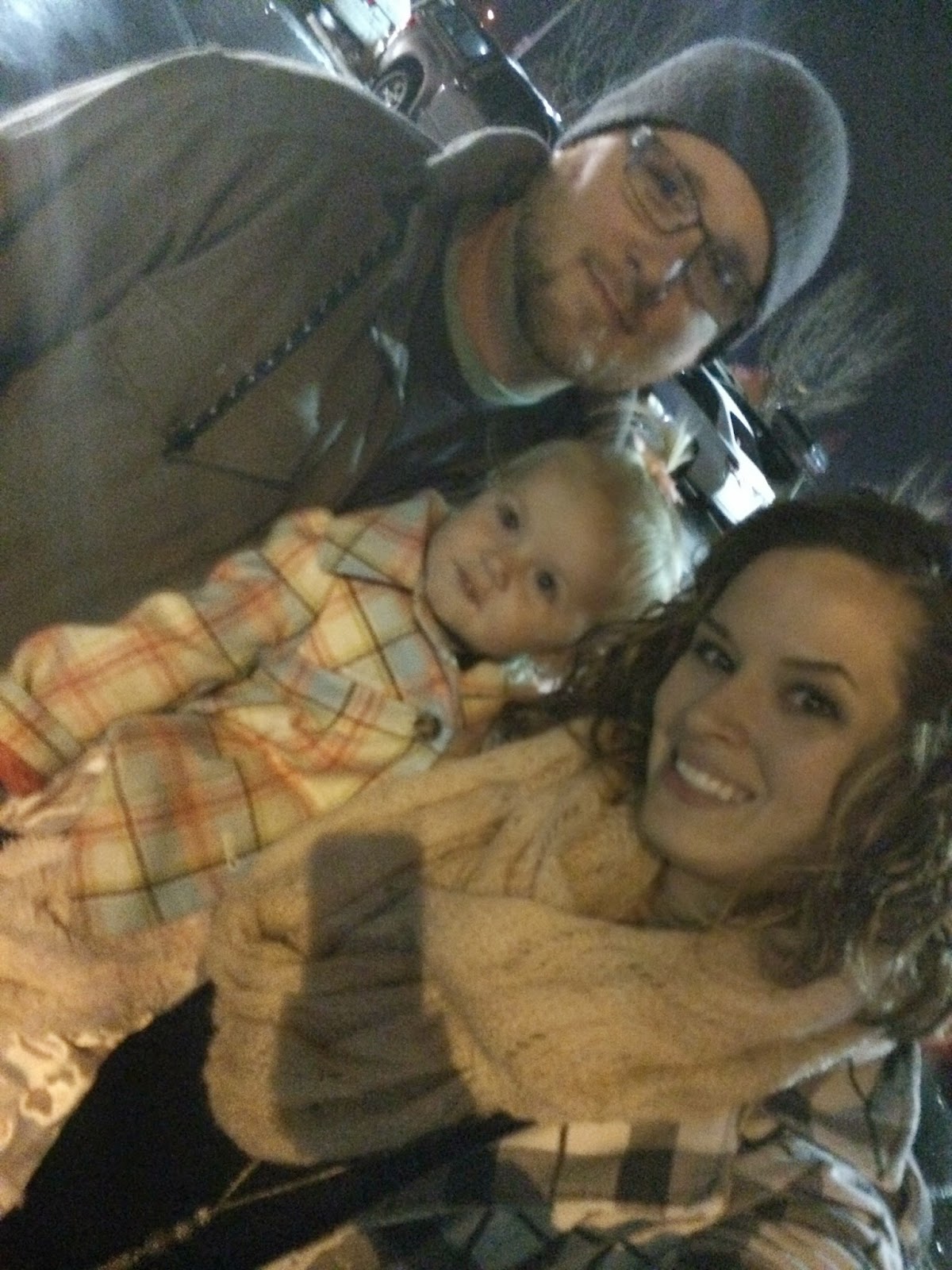 But then when he realized I was taking a photo without him, he jumped in for the next one! 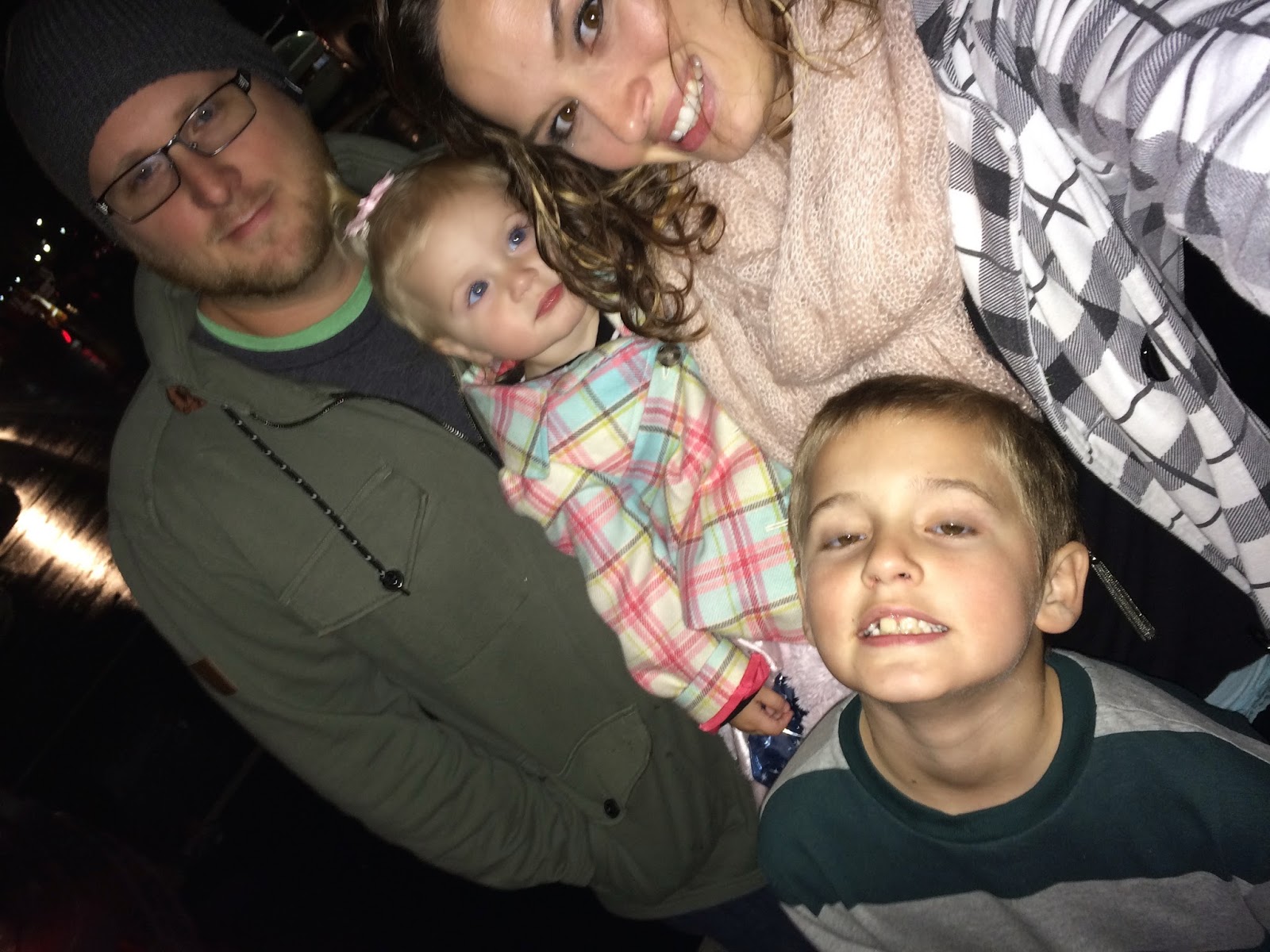 Not going to lie.  While we had fun at Disney On Ice, I think this was the worst one I've ever been to.  Preston had asked me in advance if they were going to do Frozen and I told him of course.  Because I mean the movie came out last year how could they not.  The thing is they didn't.  Not Frozen or Tangled.  Two of their biggest hits that are fairly recent.  Instead they did Nightmare Before Christmas (what!?!), Lilo and Stitch, and Fantasia.  They mixed a few others in but not anything like what were were expecting.  To the point that when we left Preston told me flat out he was totally "disappointed" and he couldn't believe they didn't do Frozen.  Boo!  Word on the street is that next year the whole show is Frozen so we will totally be buying tickets and early to make sure we have great seats because obviously we are big Frozen fans!

Either way it was a good time with the fam bam!