Preston's schools totally awesome PTSO puts on a carnival fundraiser every year.  Preston was so dang excited to go this year!  Brad missed out last year because of work but this year he was home and came.  Him and Preston actually headed down before us to get a little more use out of the wristband we bought him for the bounce houses.  Plus I was picking up Marrissa so she could come too! 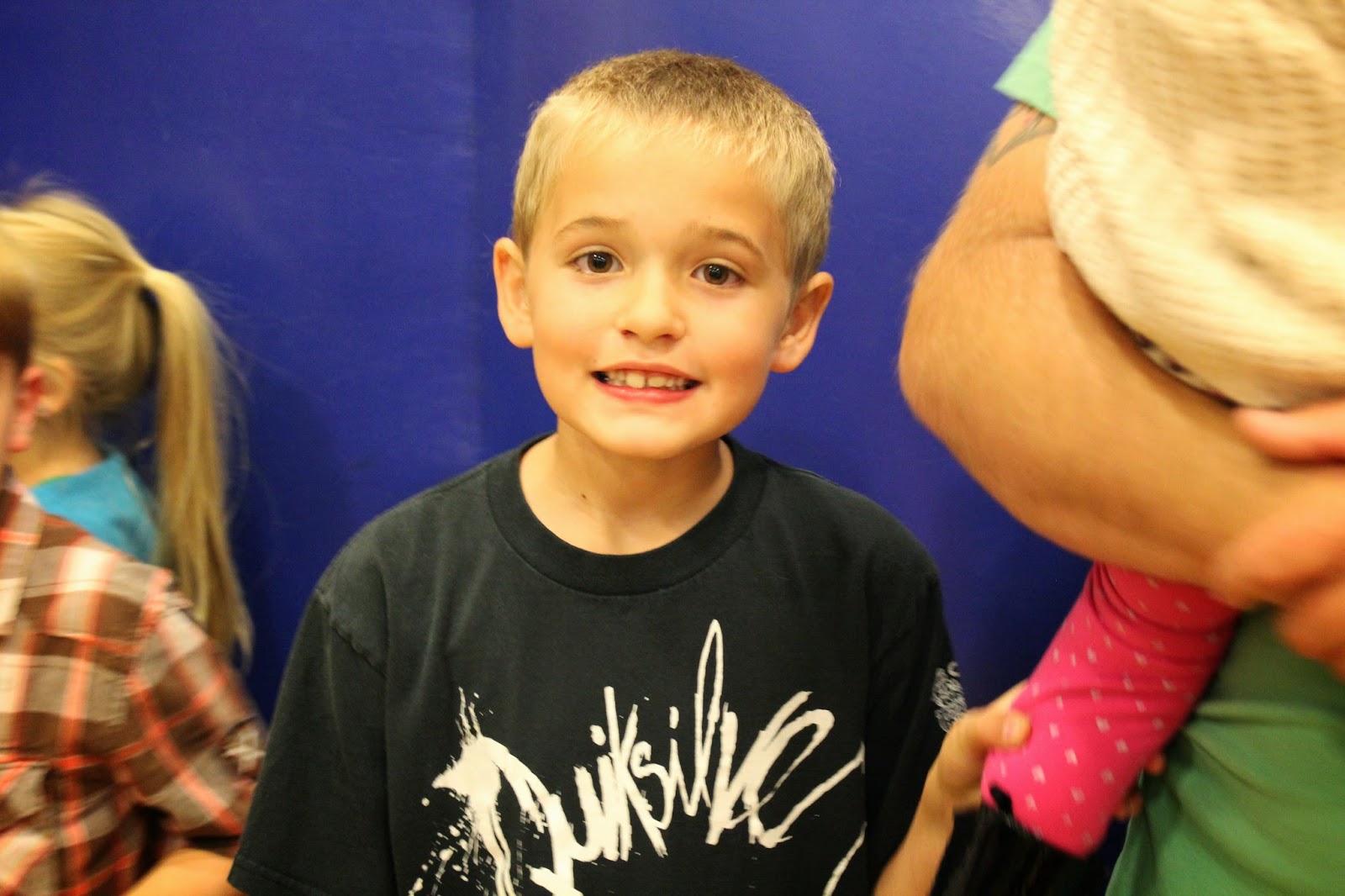 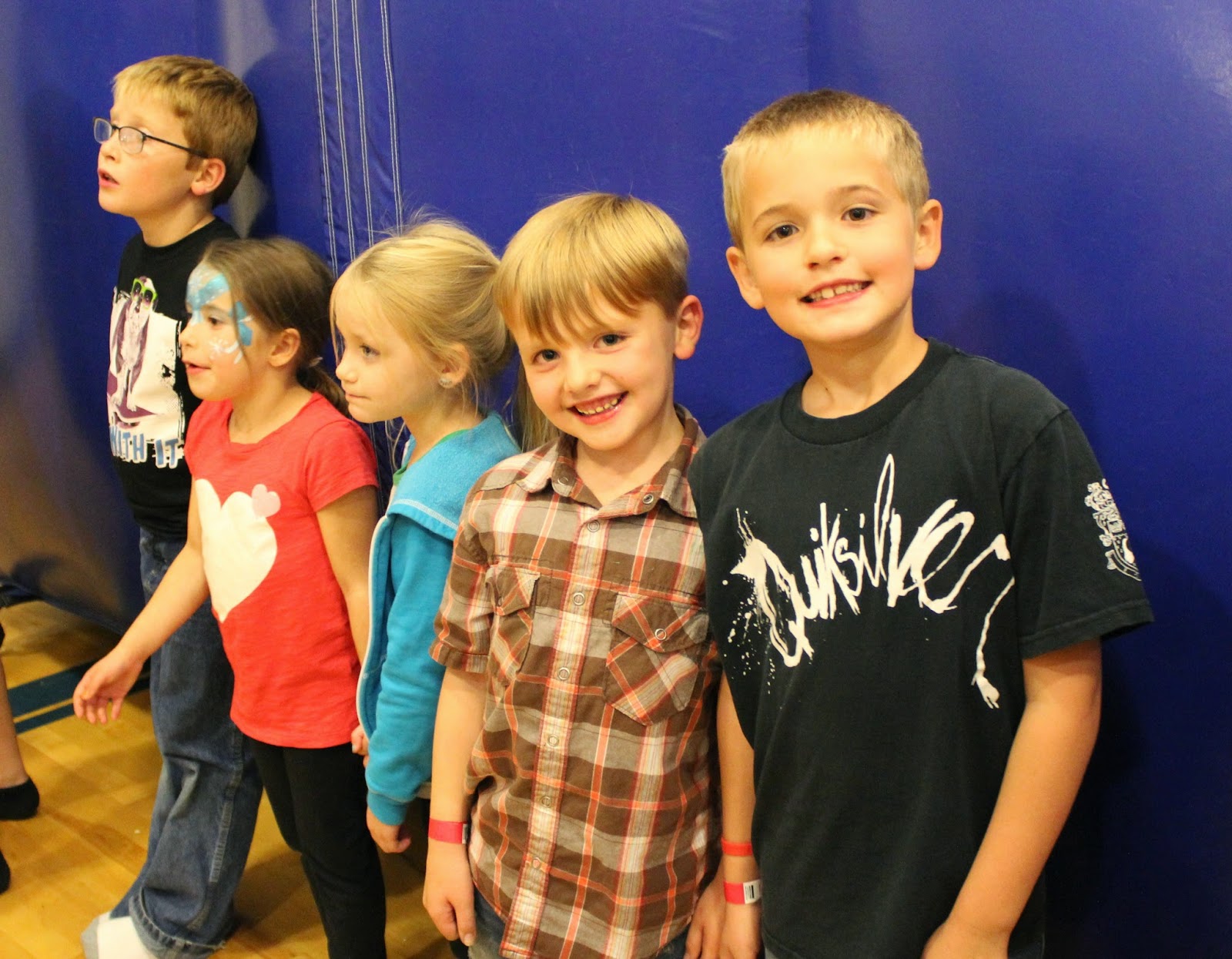 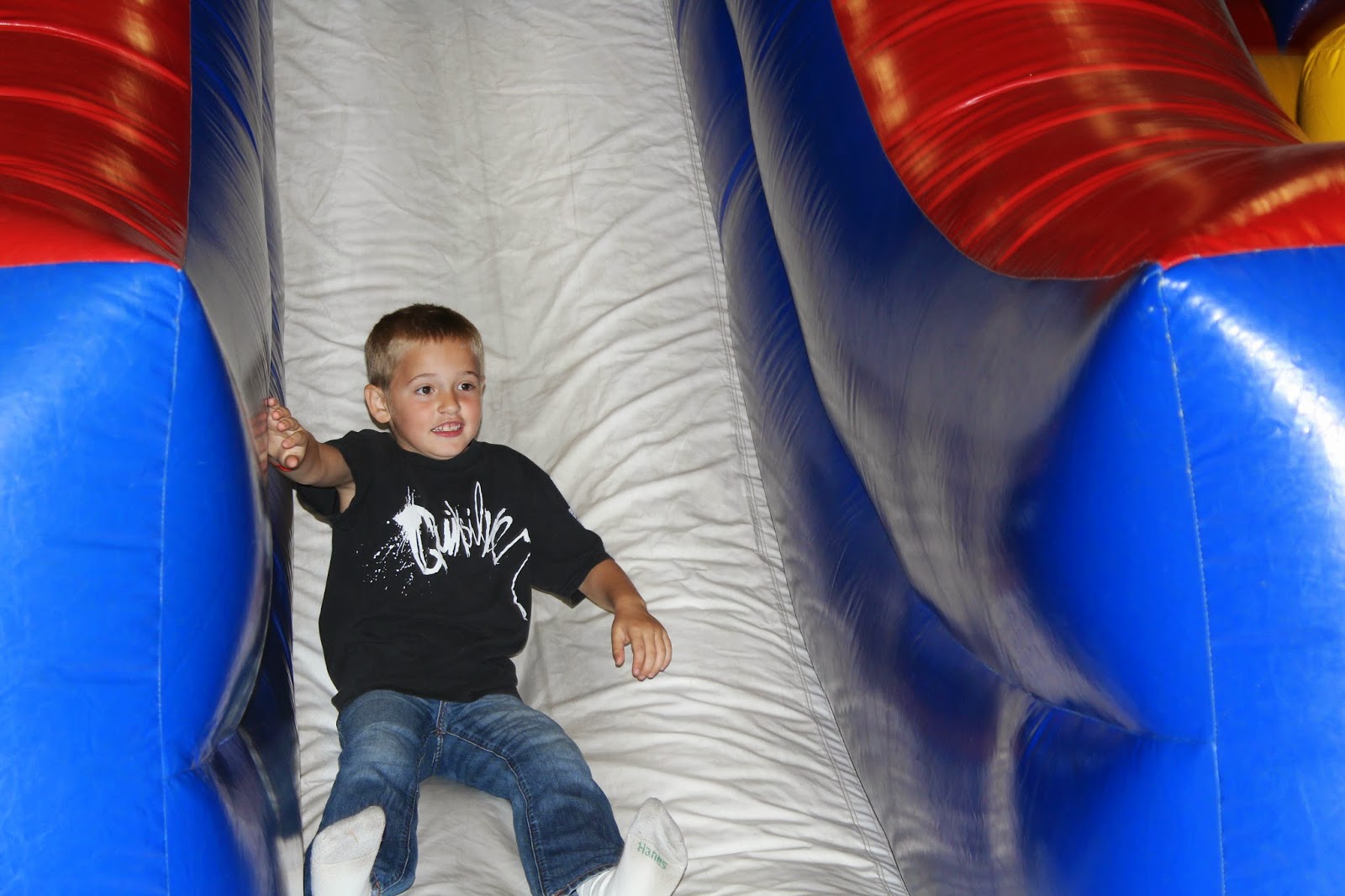 Preston played a tug of war basketball game on one of the bounce houses before I got there and apparently it was a lot of fun! 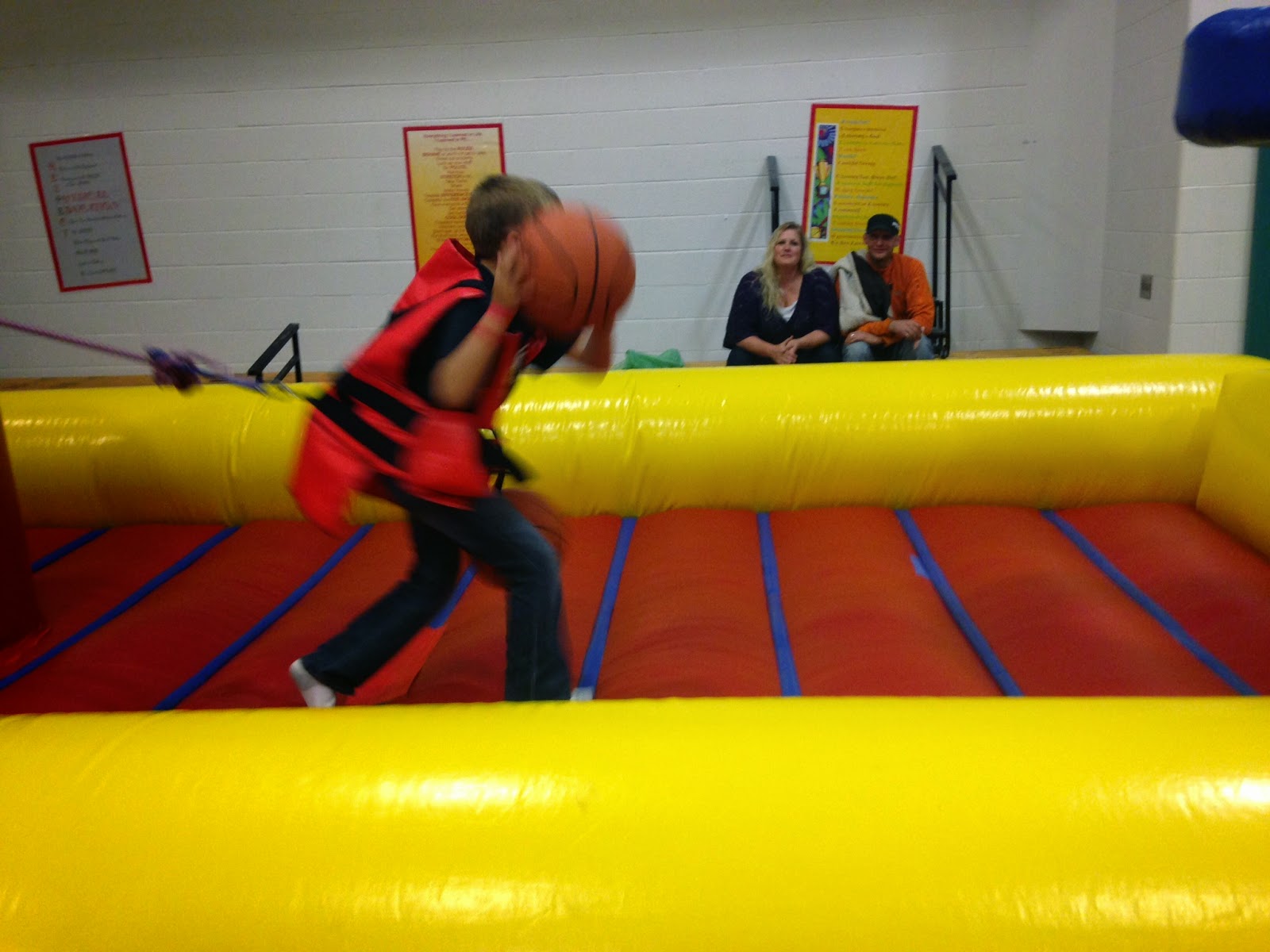 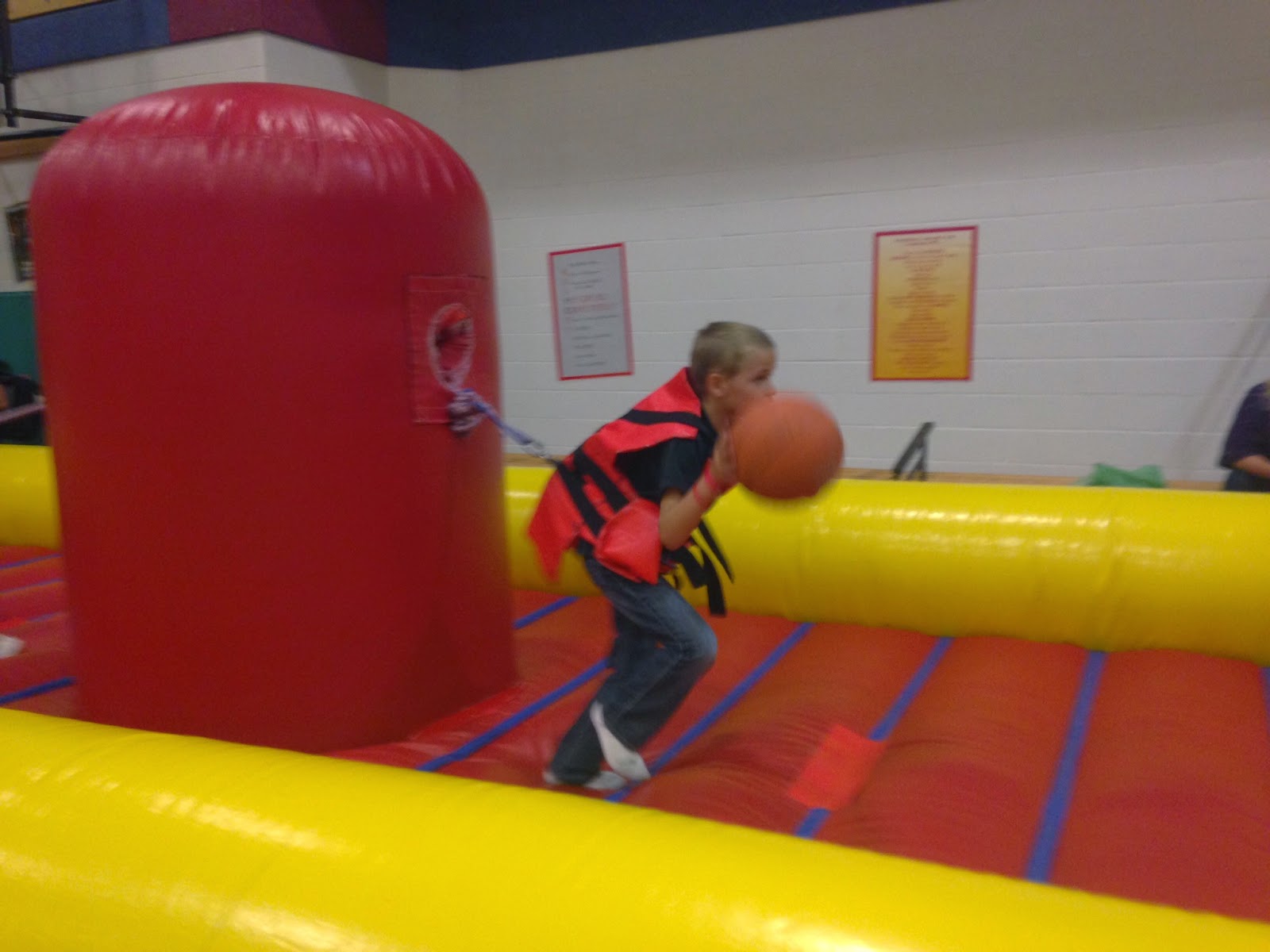 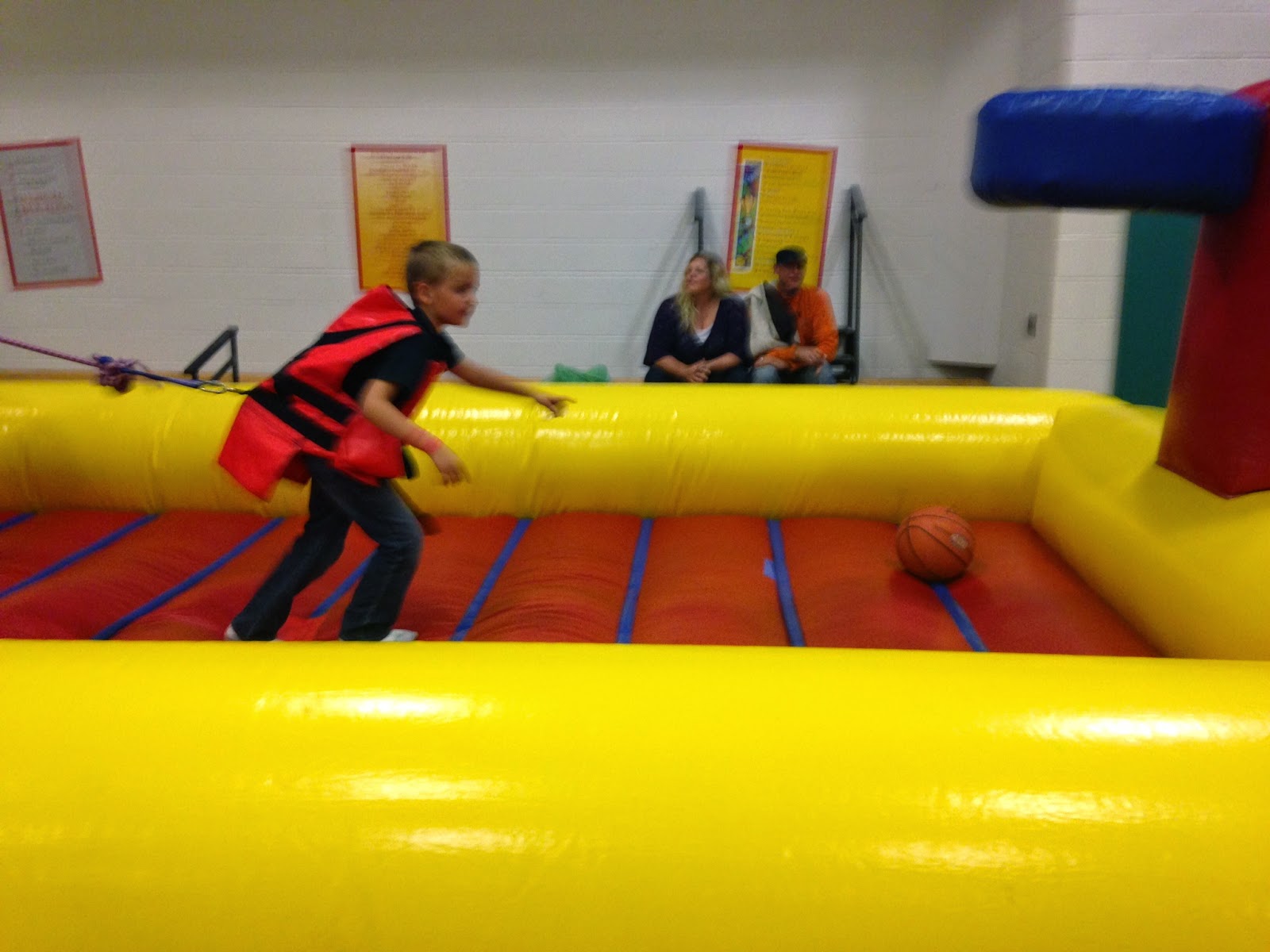 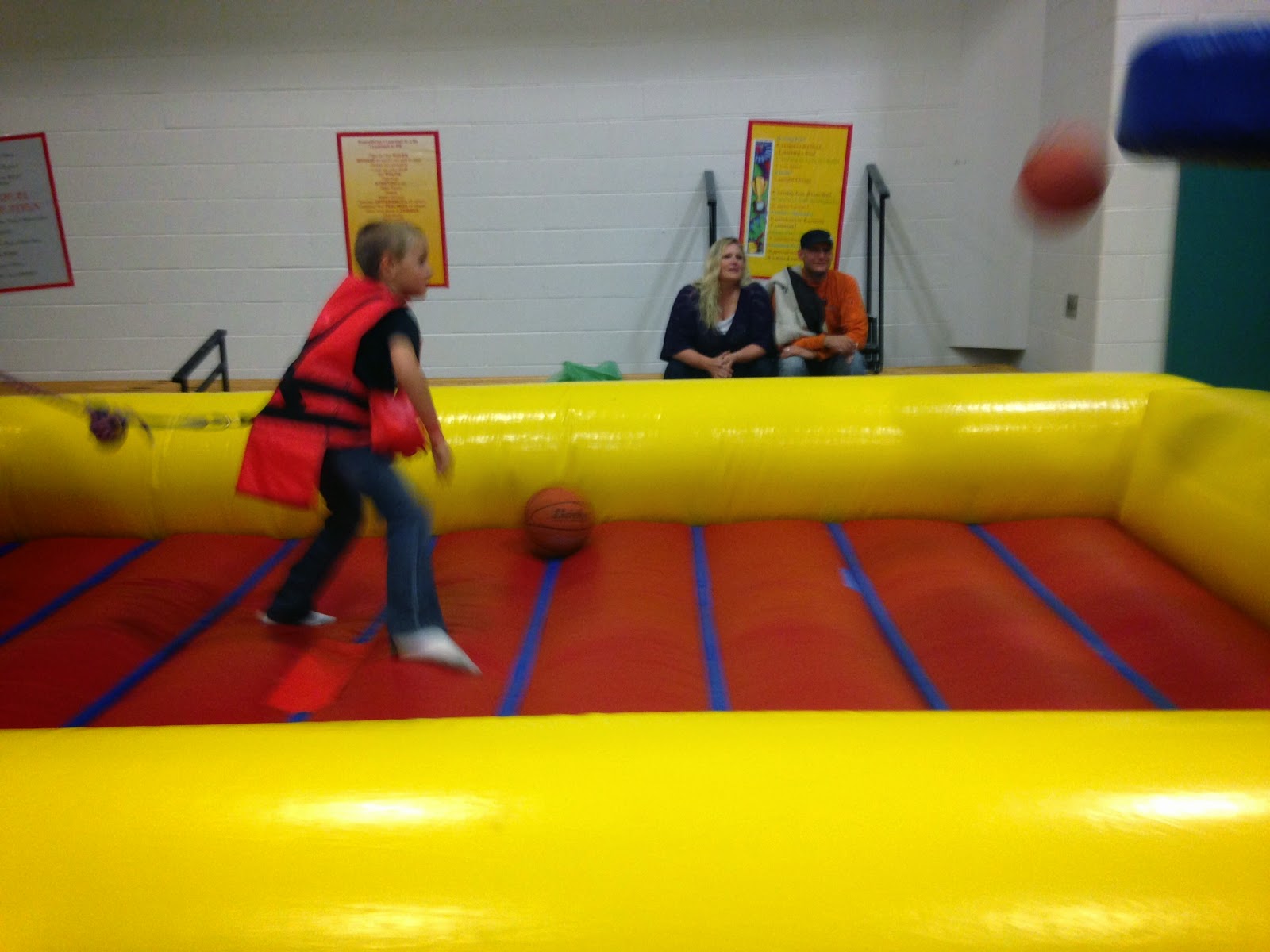 While Preston jumped away, I took Olivia to do the cake walk.  She almost won too!  She stood on one number and the music stopped and she switched to the number next to it and they called her original number!

Preston joined us for one round of cake walk and then we all headed in to the cafeteria for games! 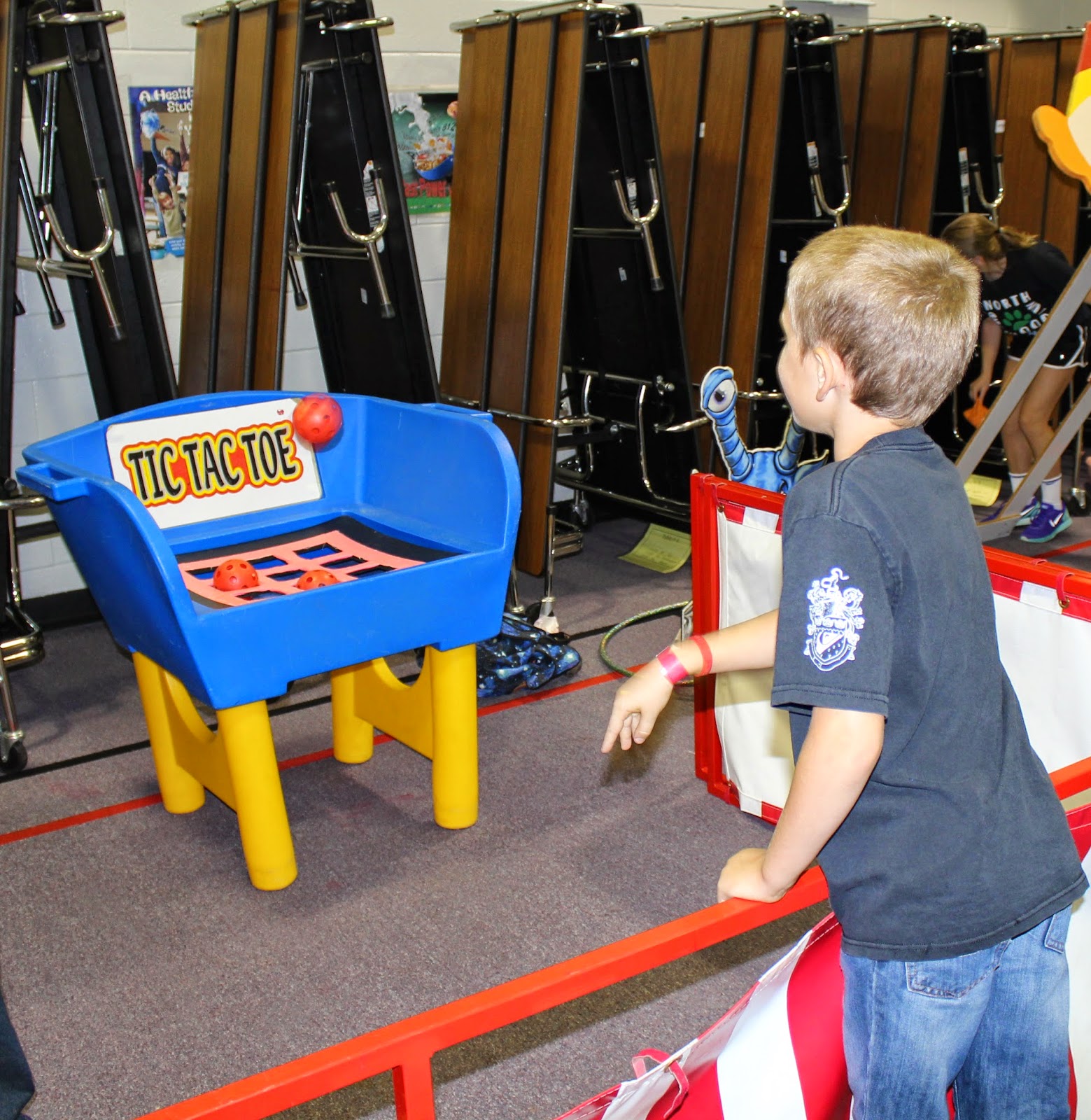 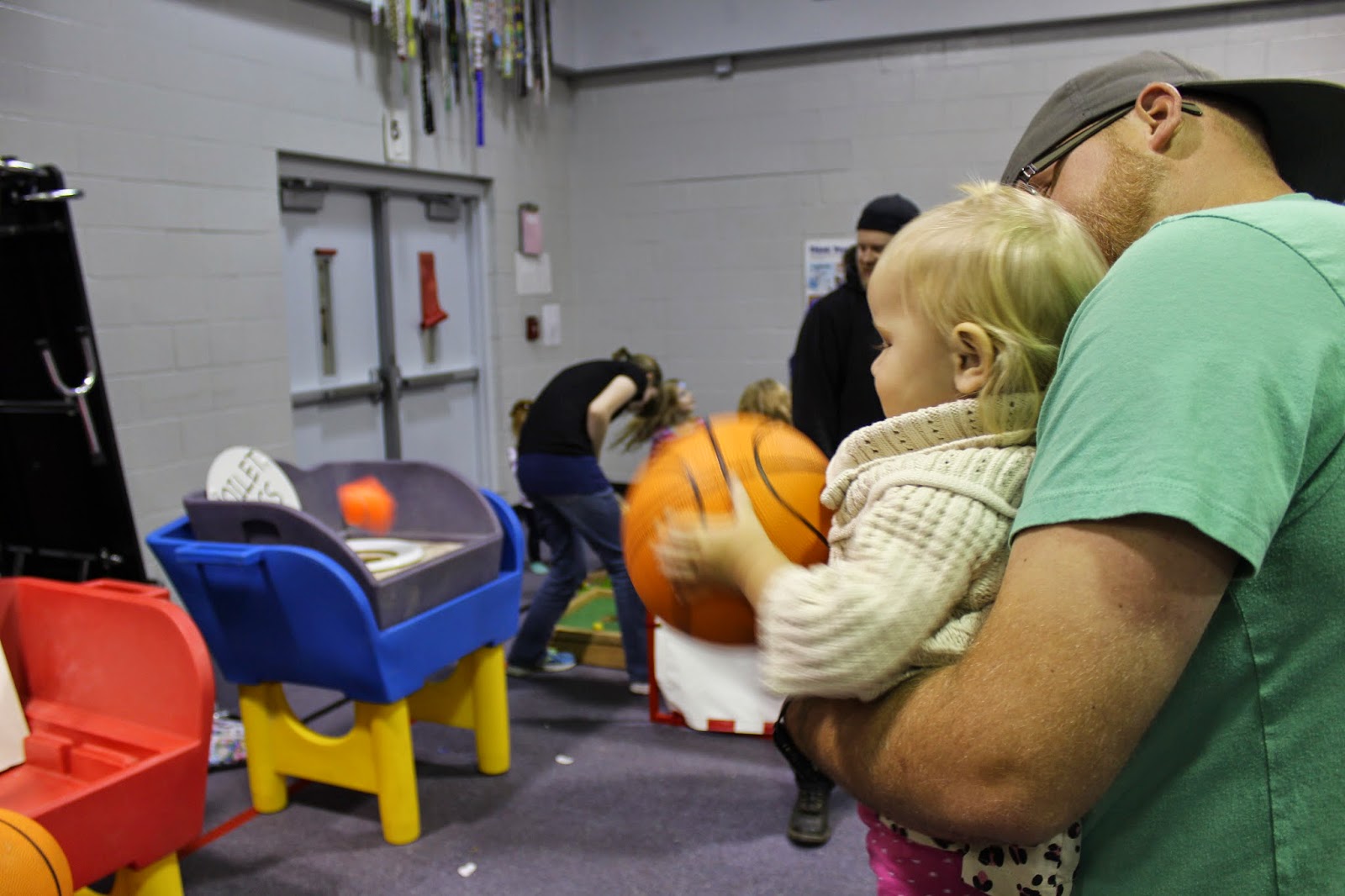 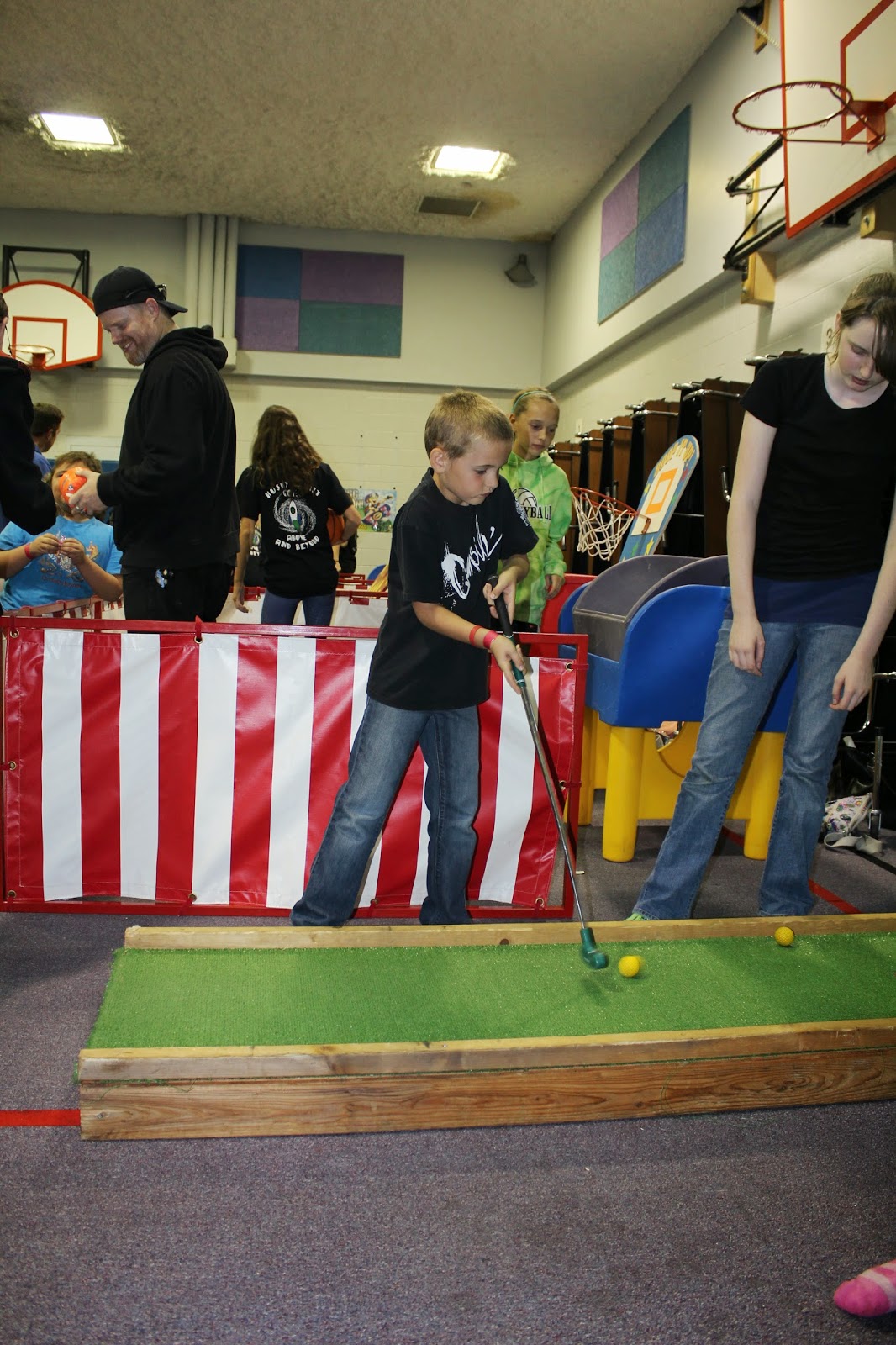 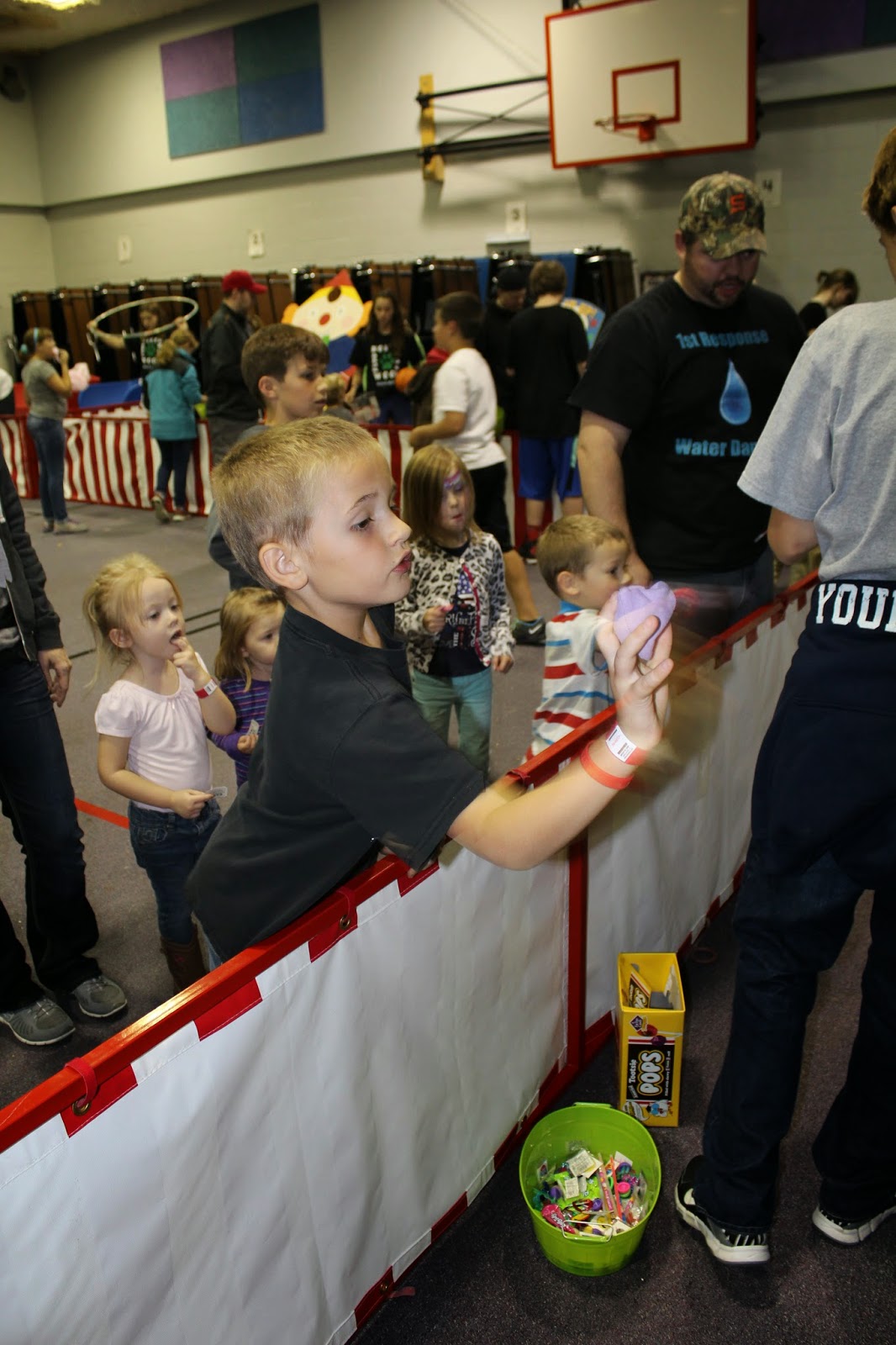 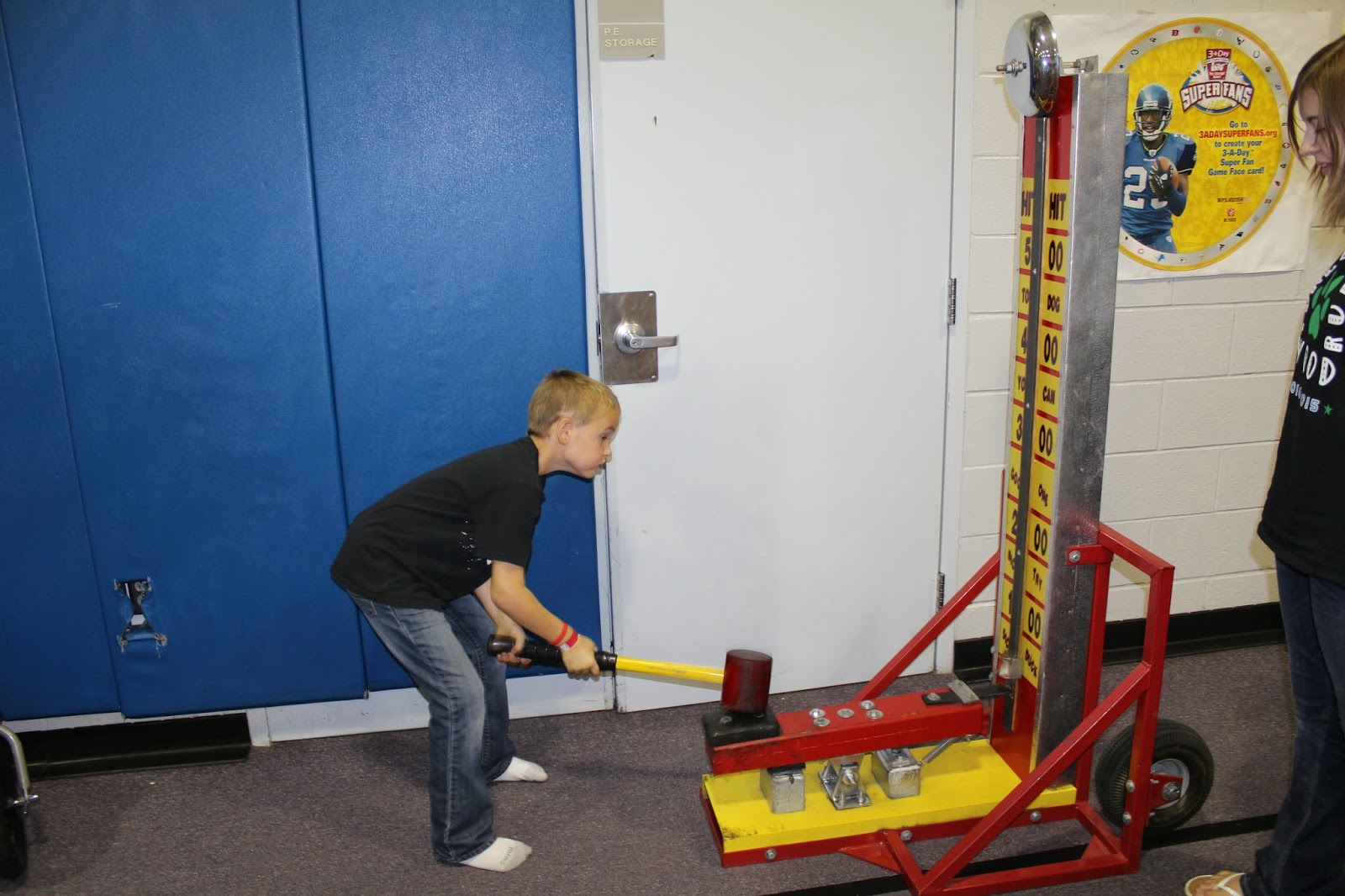 Livs won a ring in one of the games and was totally obsessed with it!  She's such a girl! 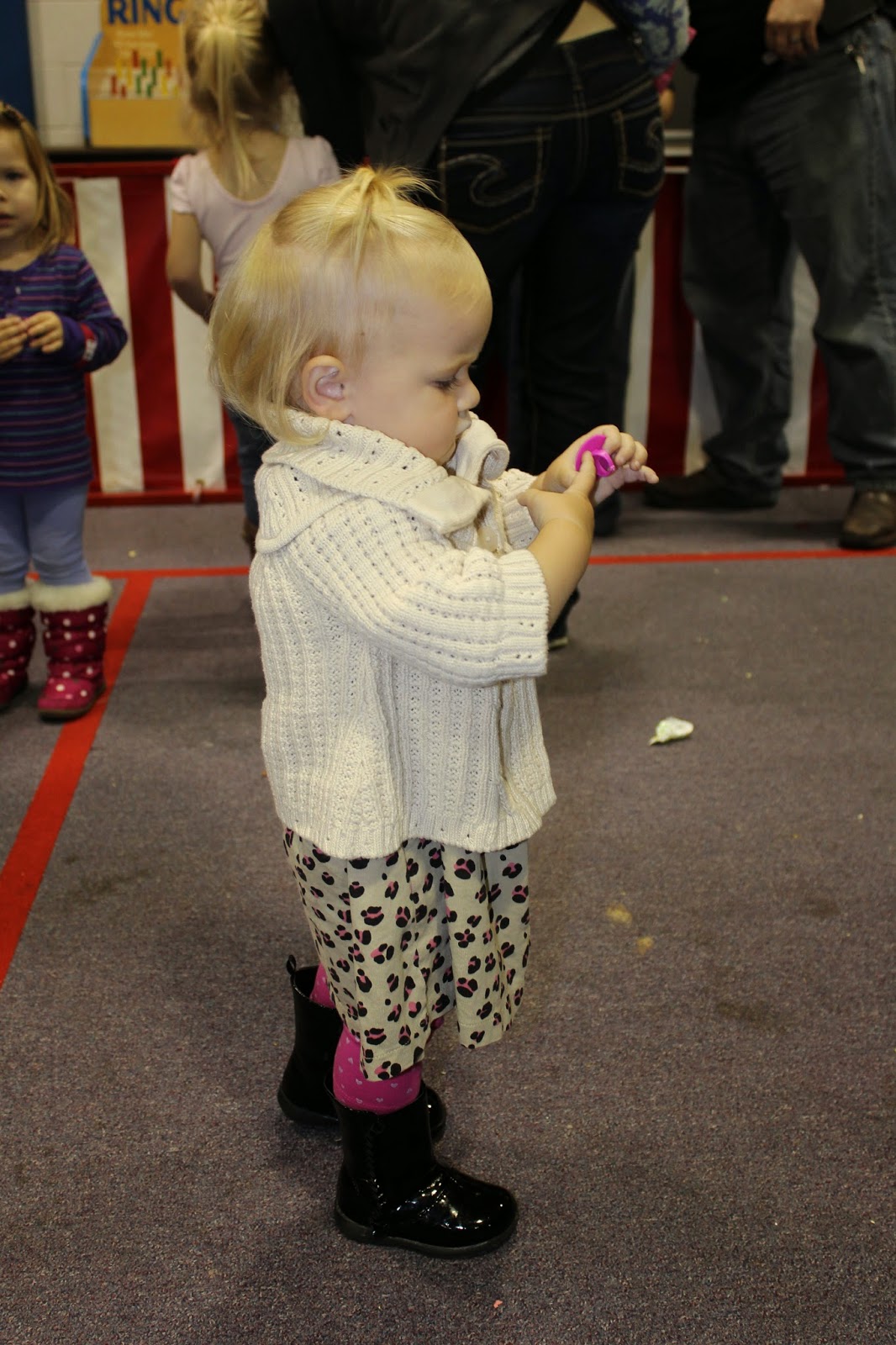 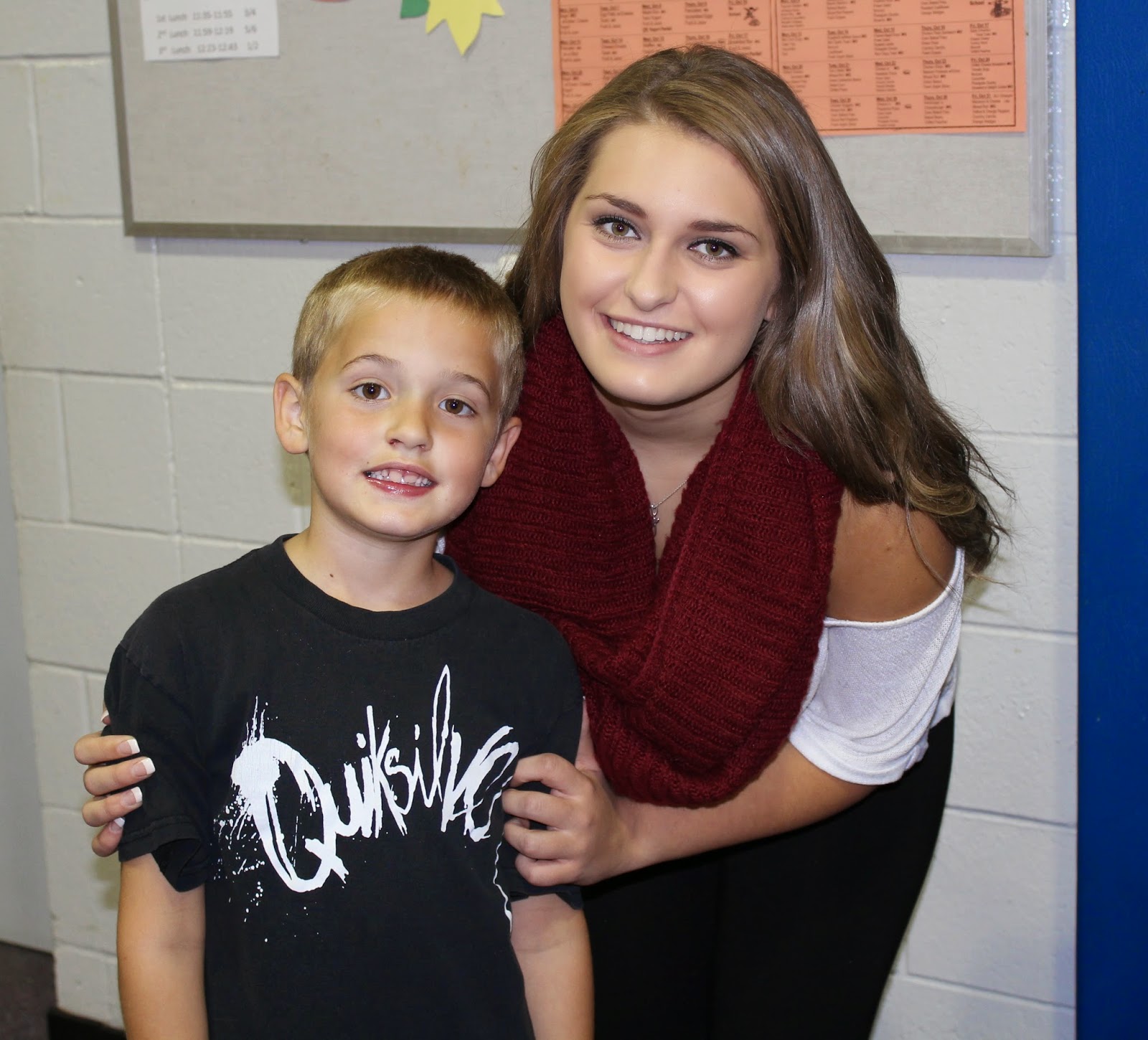 My silly boys!  Preston's favorite new pose for photos is "fake punching".  I'm blaming Auntie Rissa for that one. 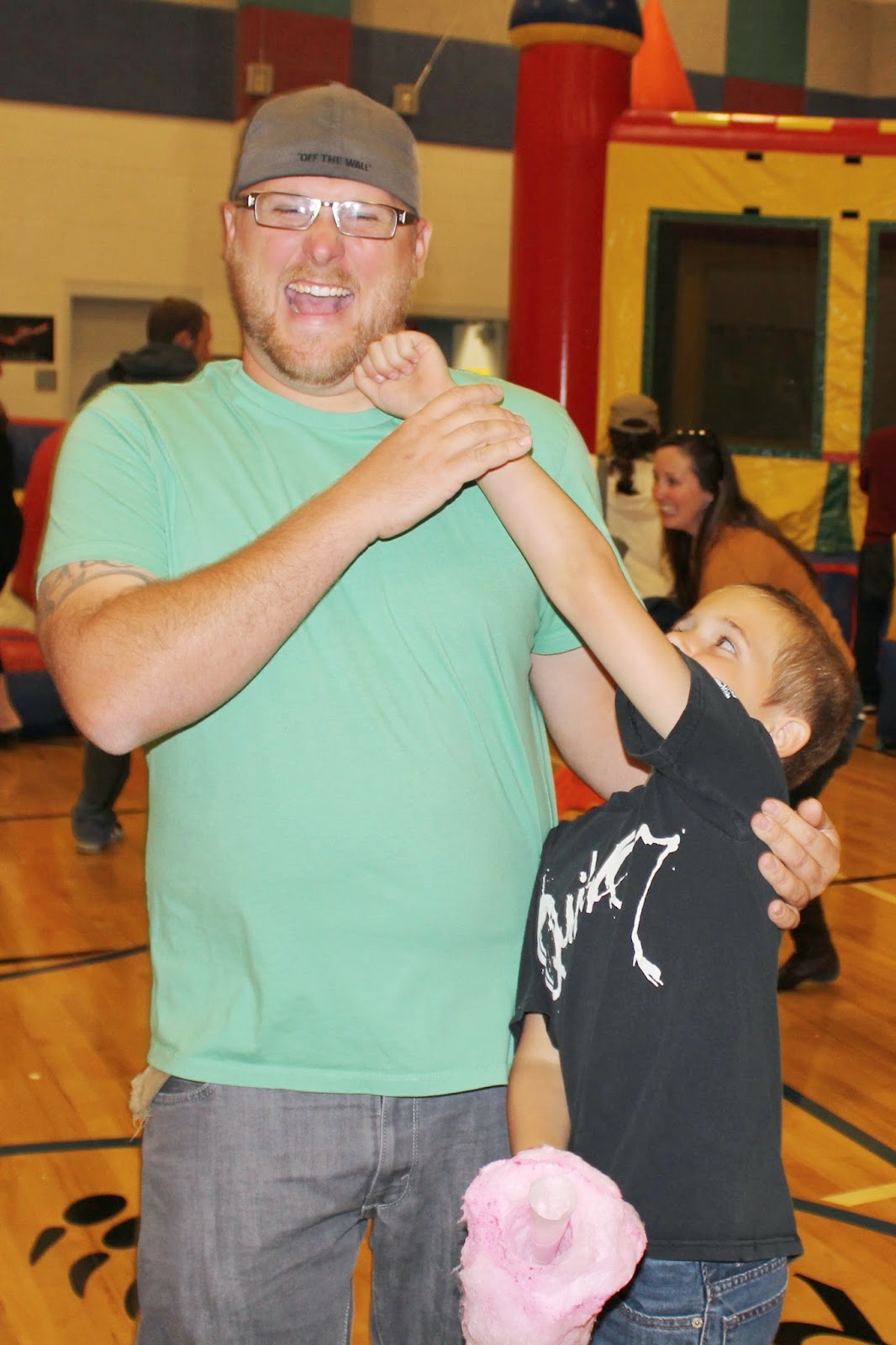 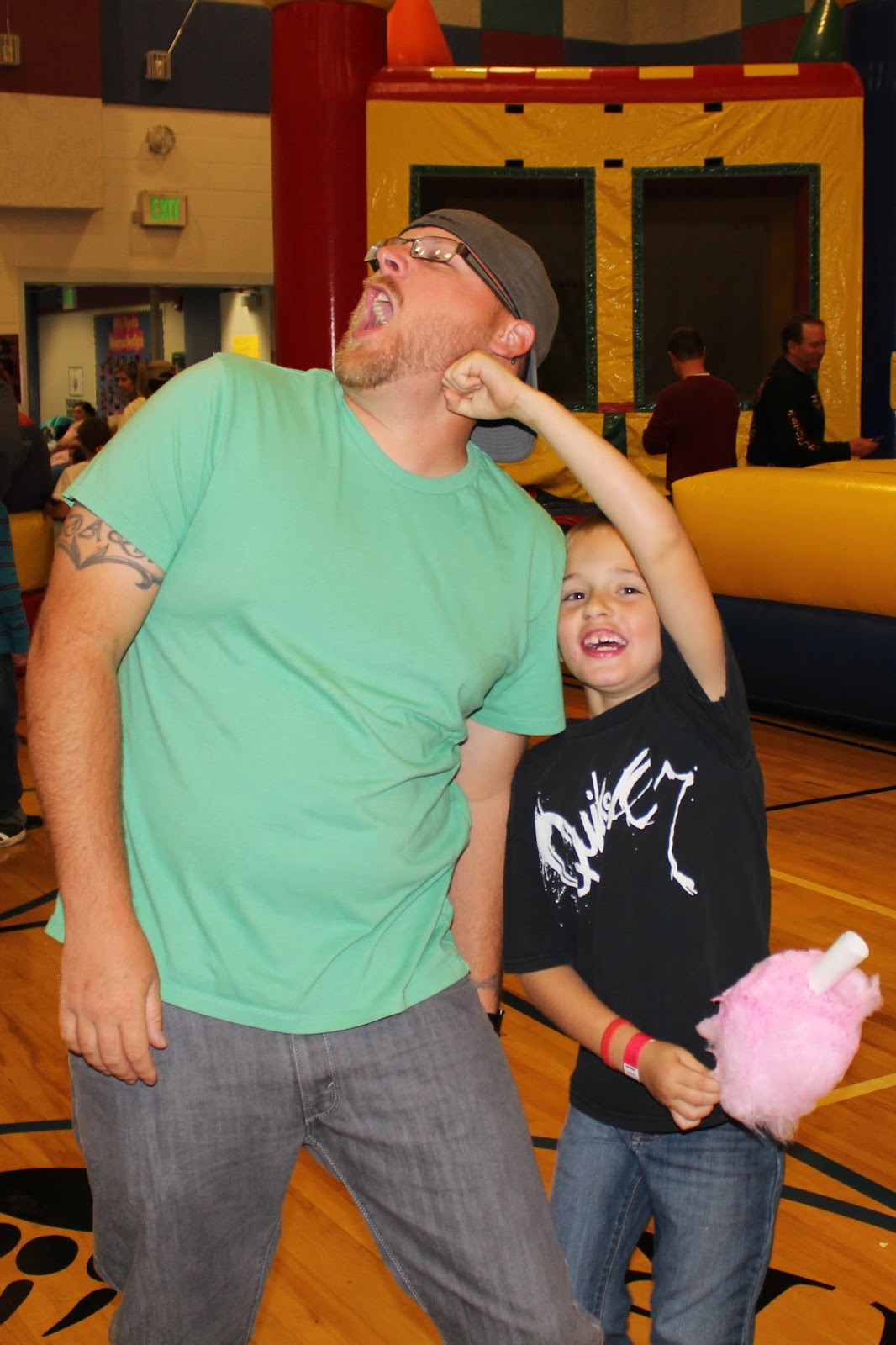 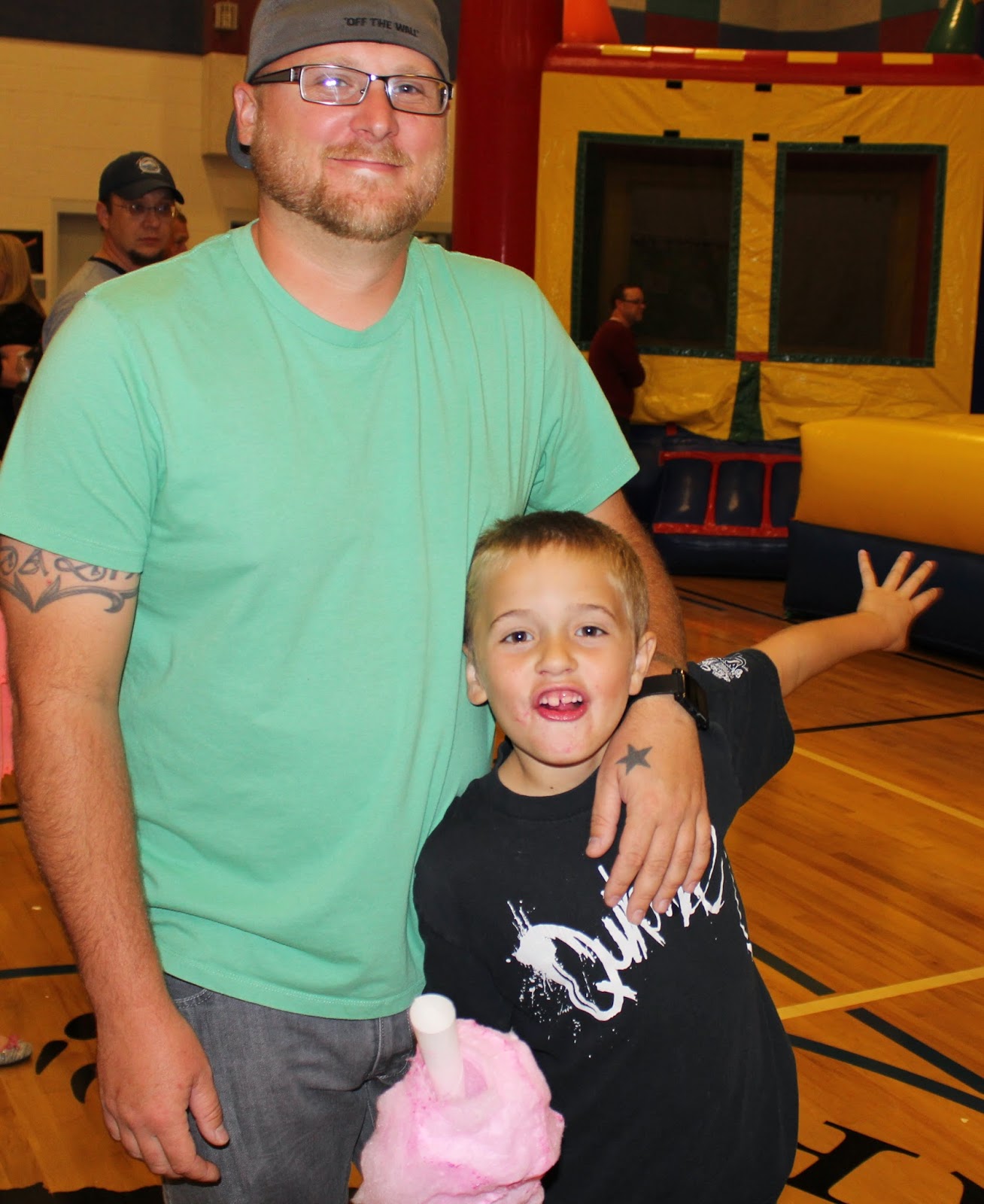 Our family at the carnival!  I kind of love these people of mine! 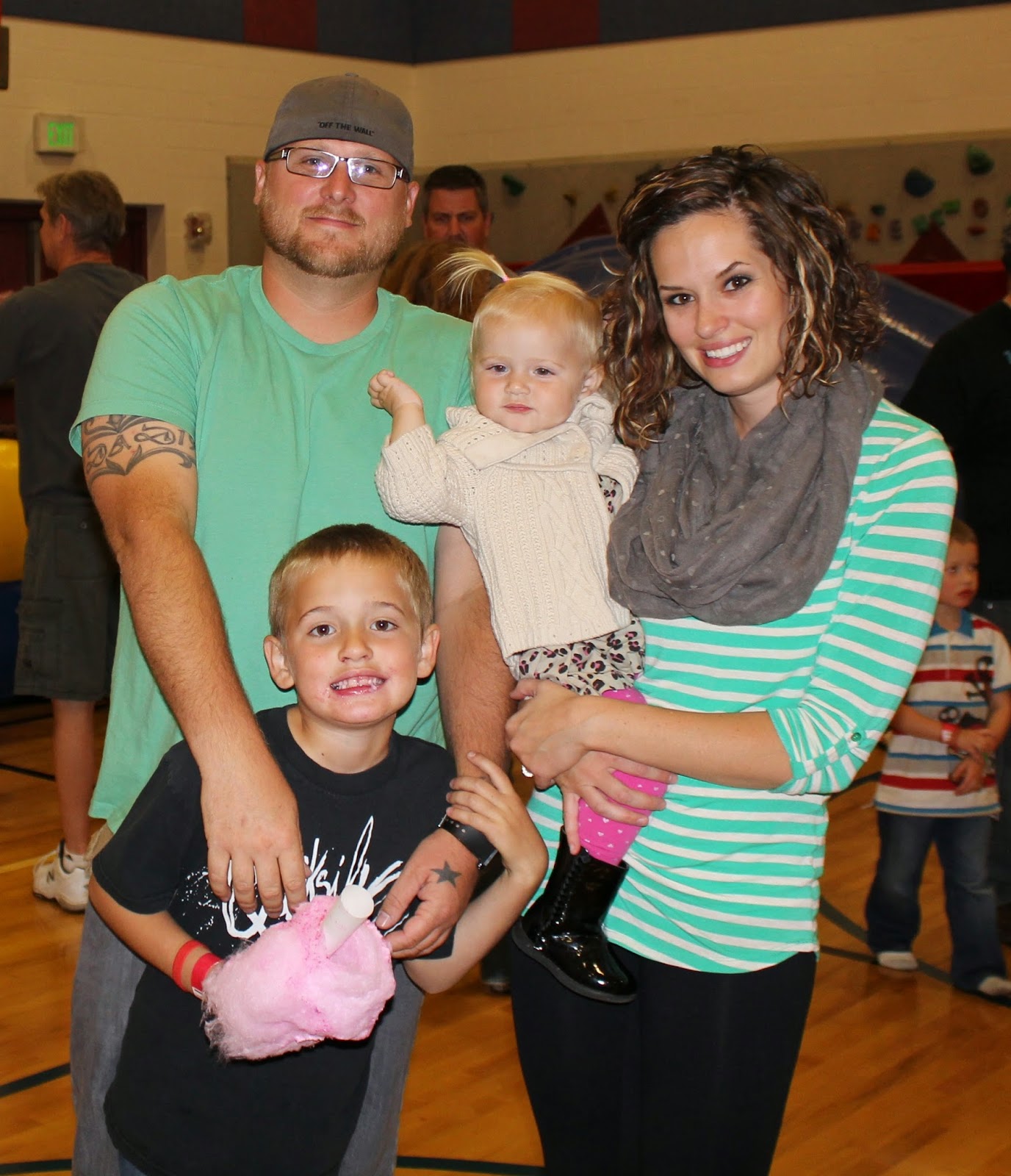 We headed home late and tired!  After a great night at Preston's school!