Preston played what Brad and I think was his best game yet! For real. He was awesome! He was aggressive and paid attention to where the ball was. He had some great kicks! We were so proud!! I love watching him play every game but I really love watching the games where he just seems to really get what he's doing! It is the best getting to see him become a better player and see his confidence grow in a sport that he loves! 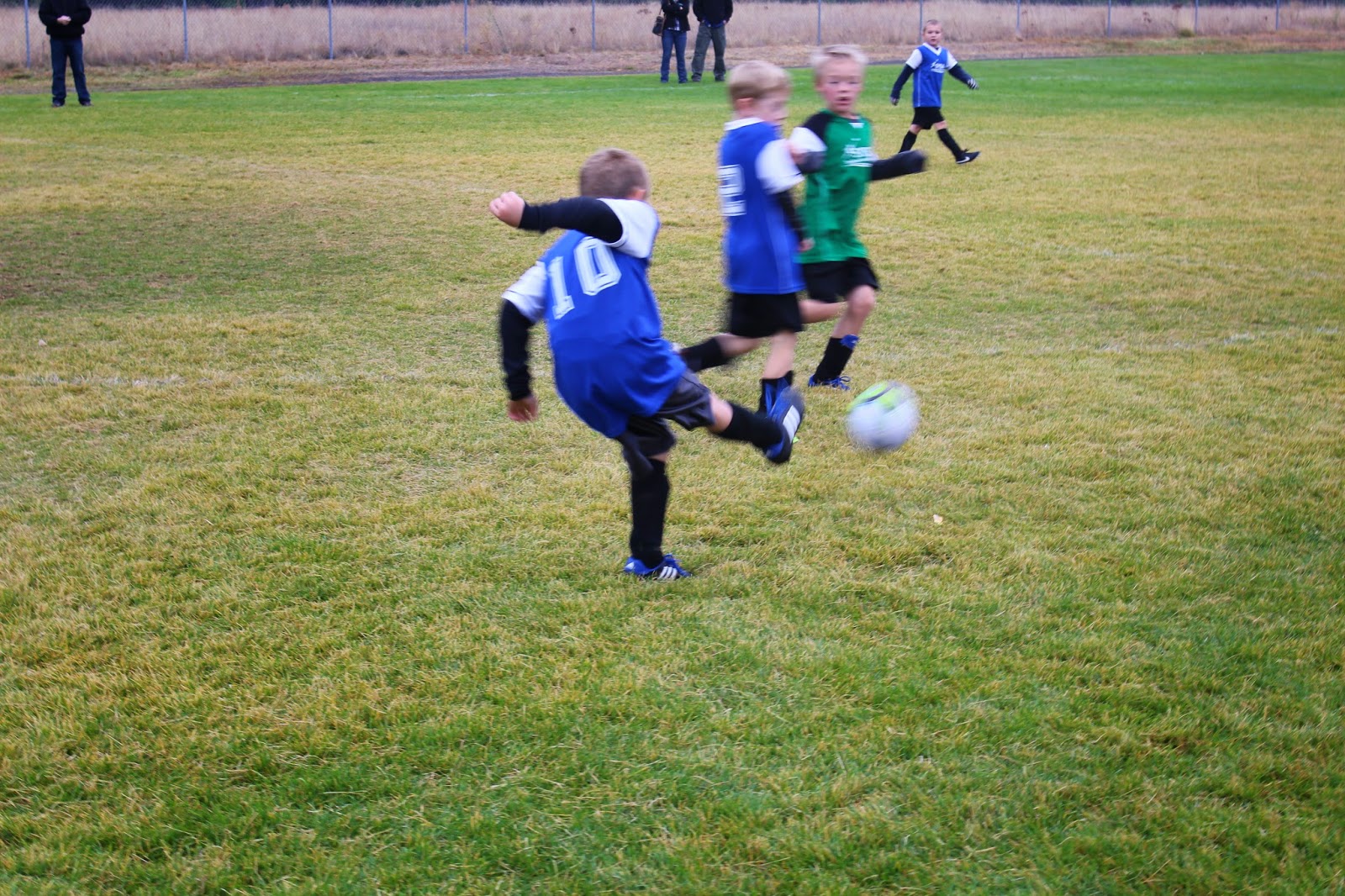 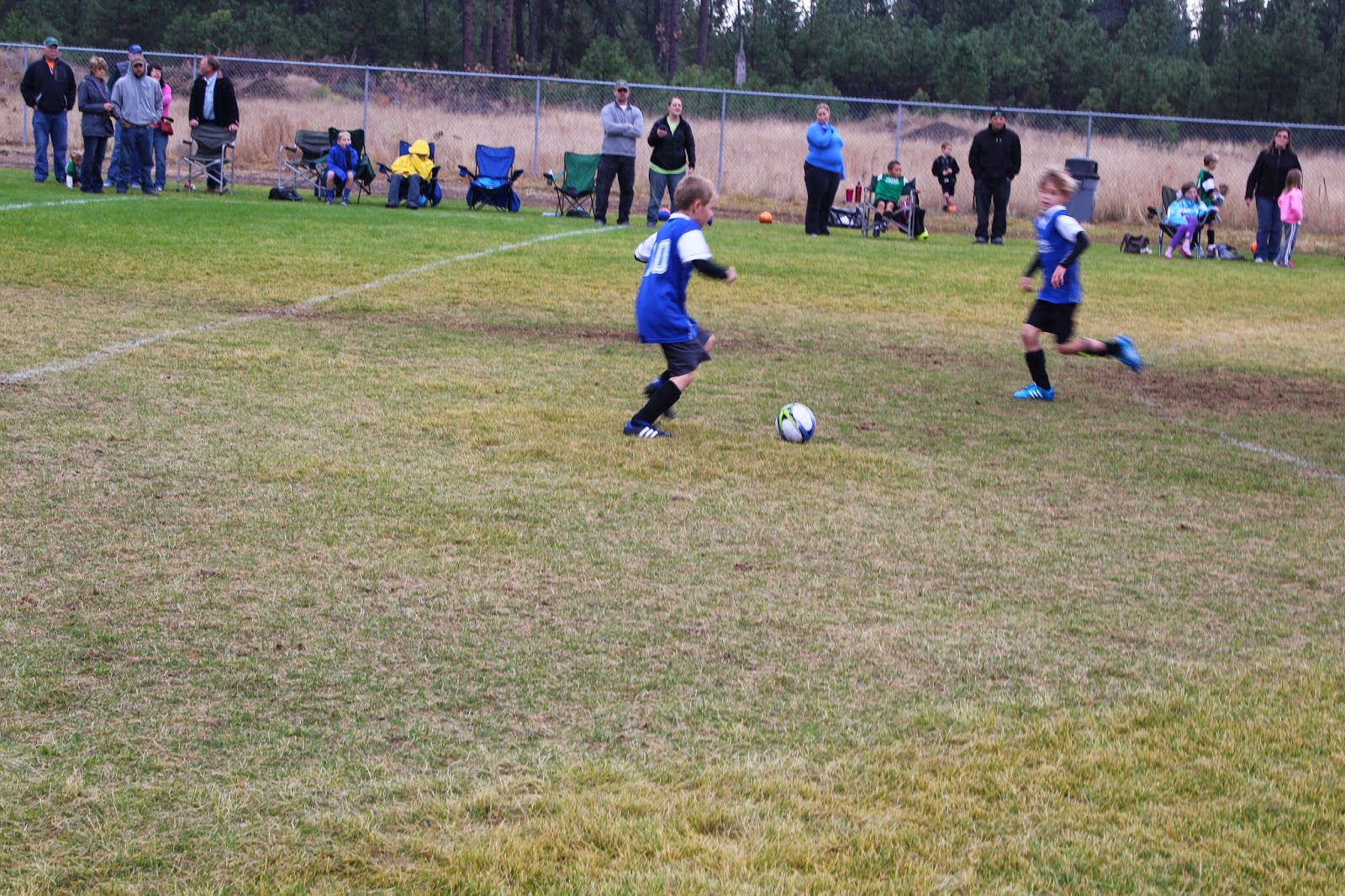 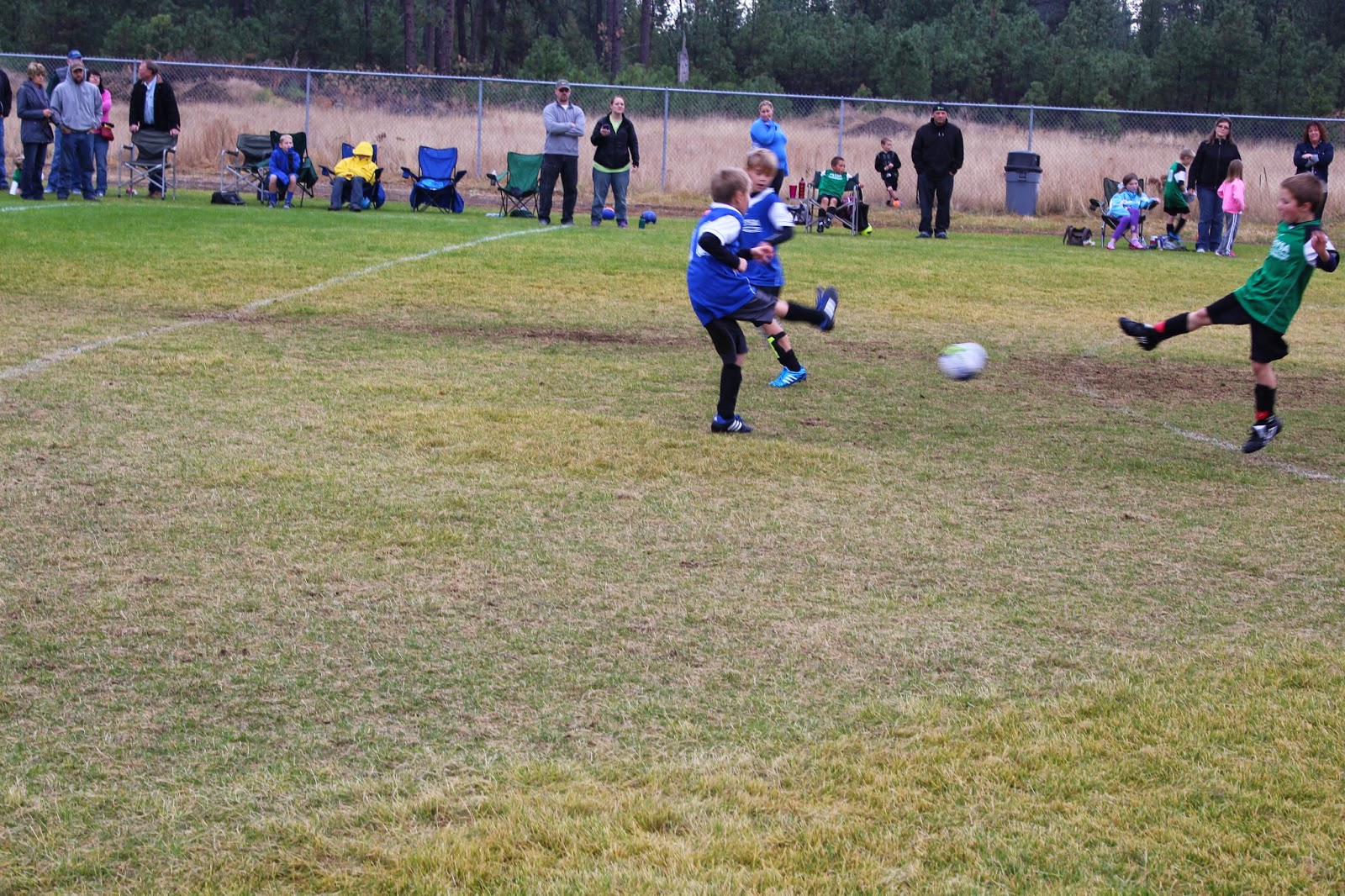 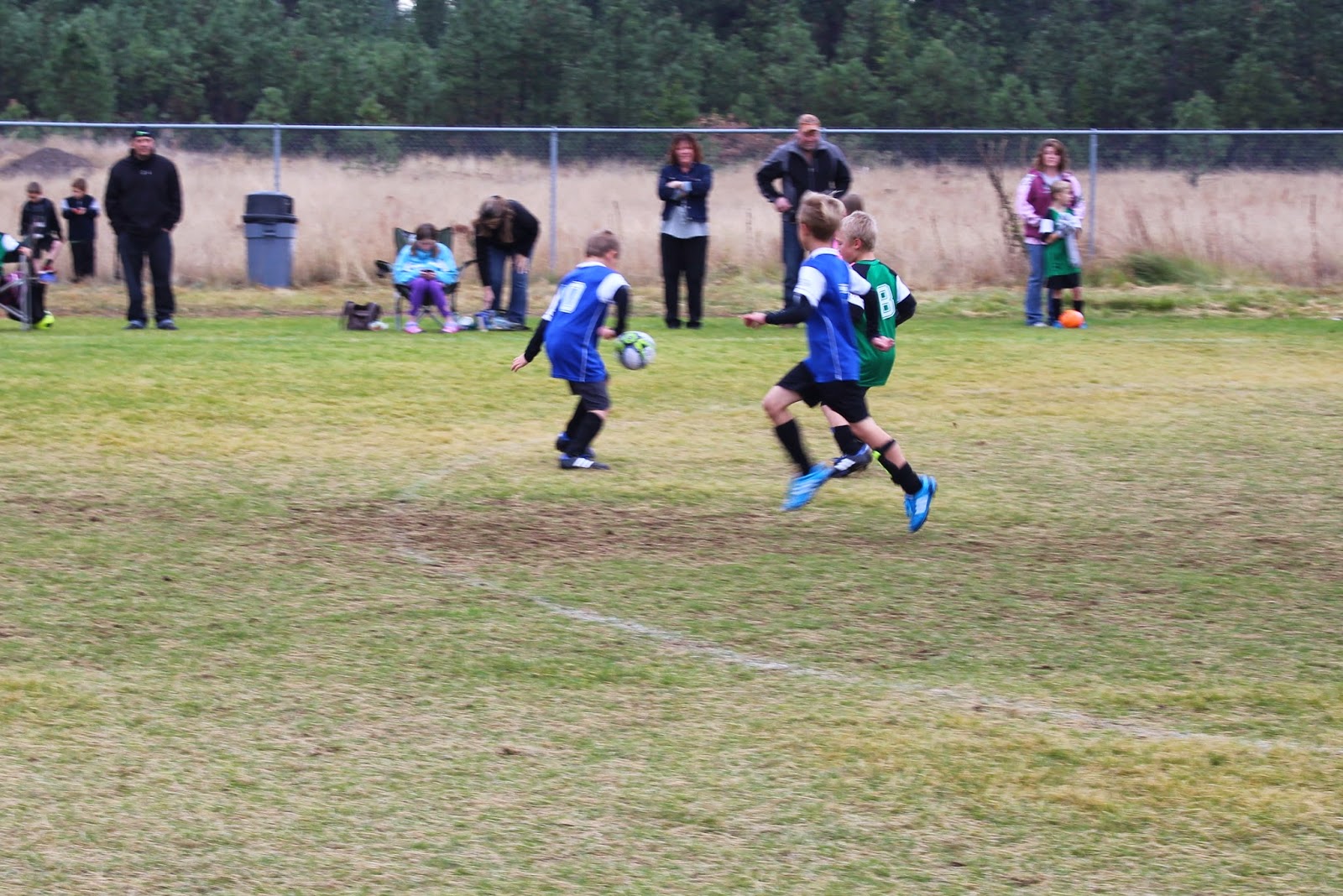 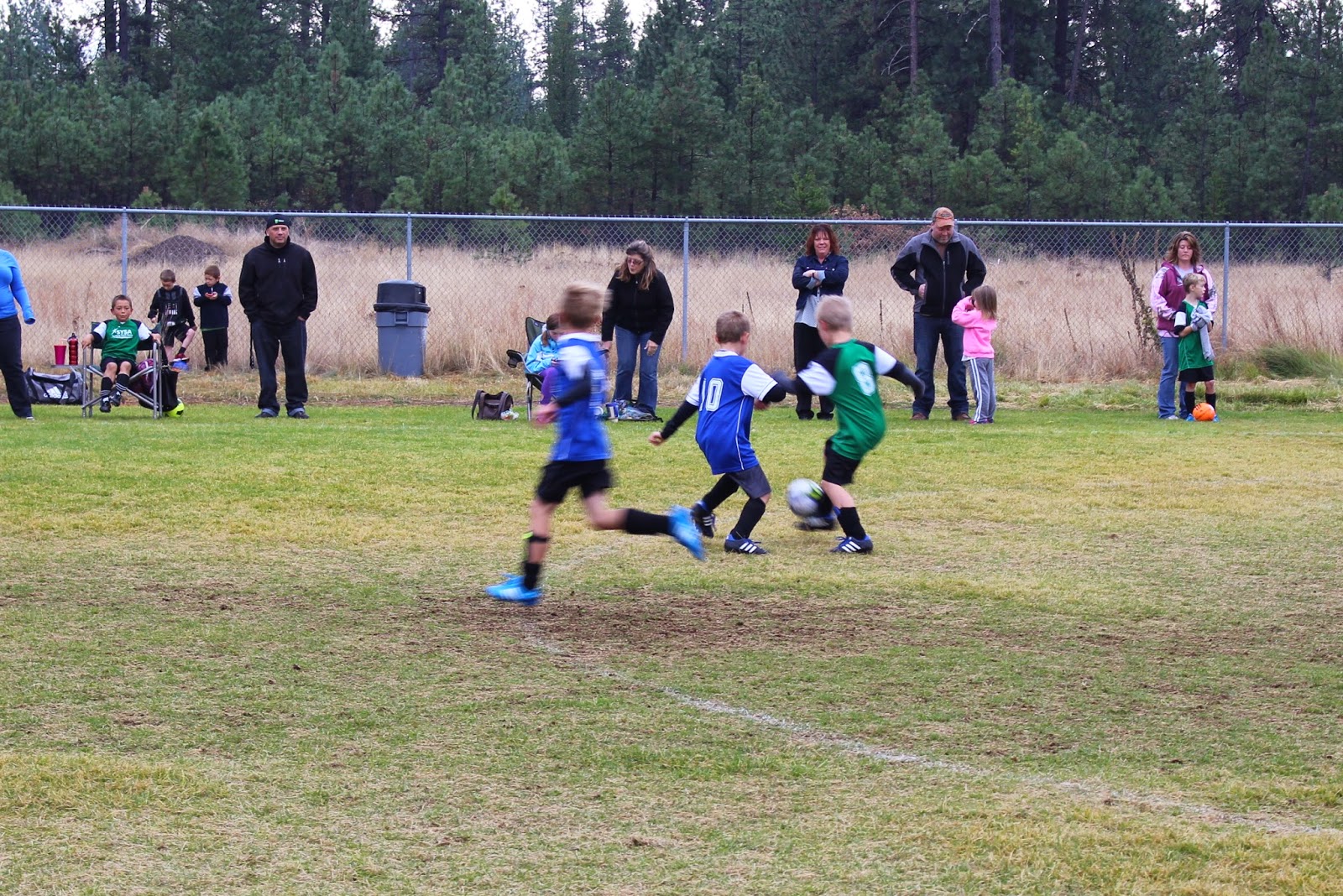 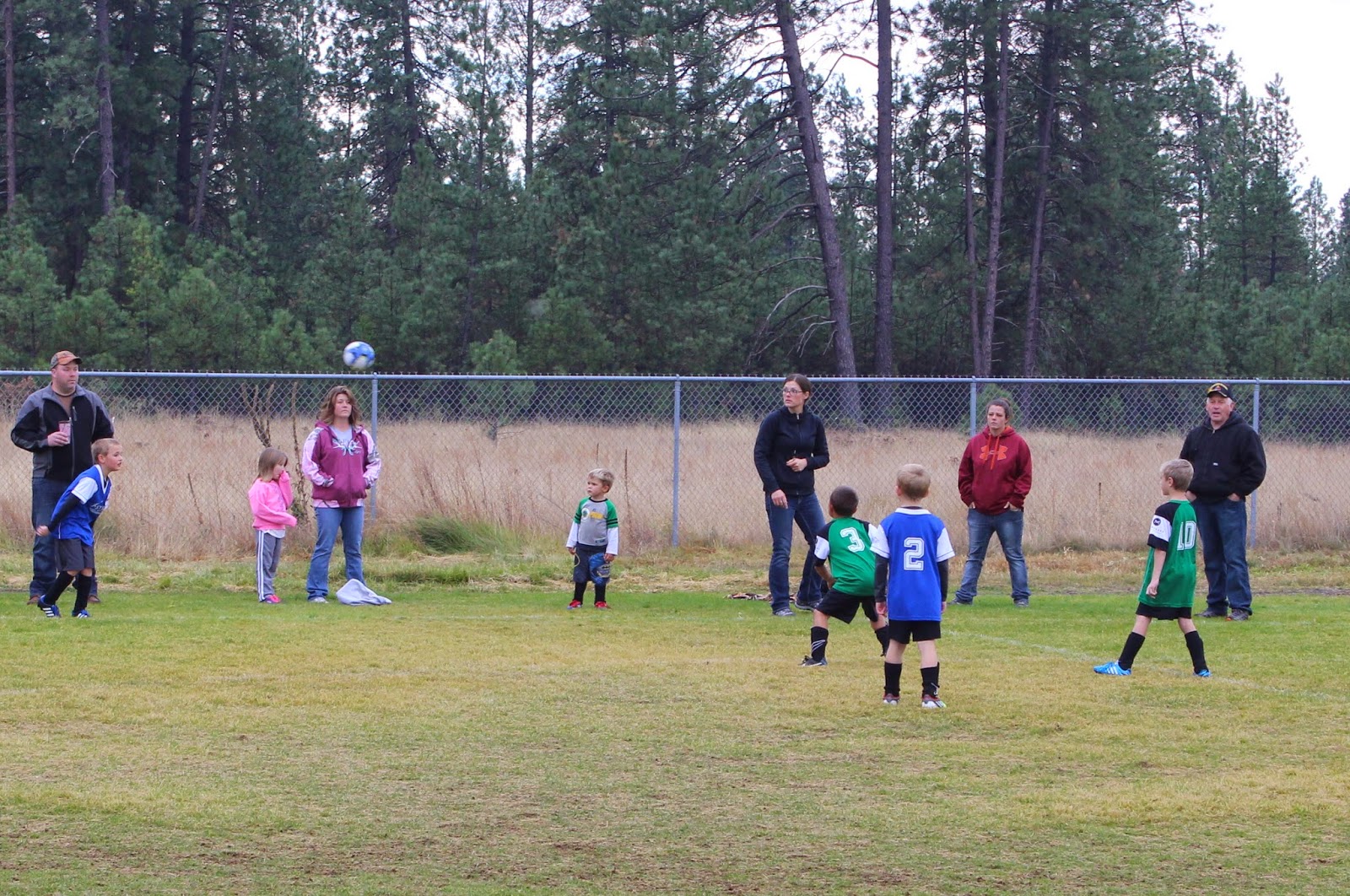 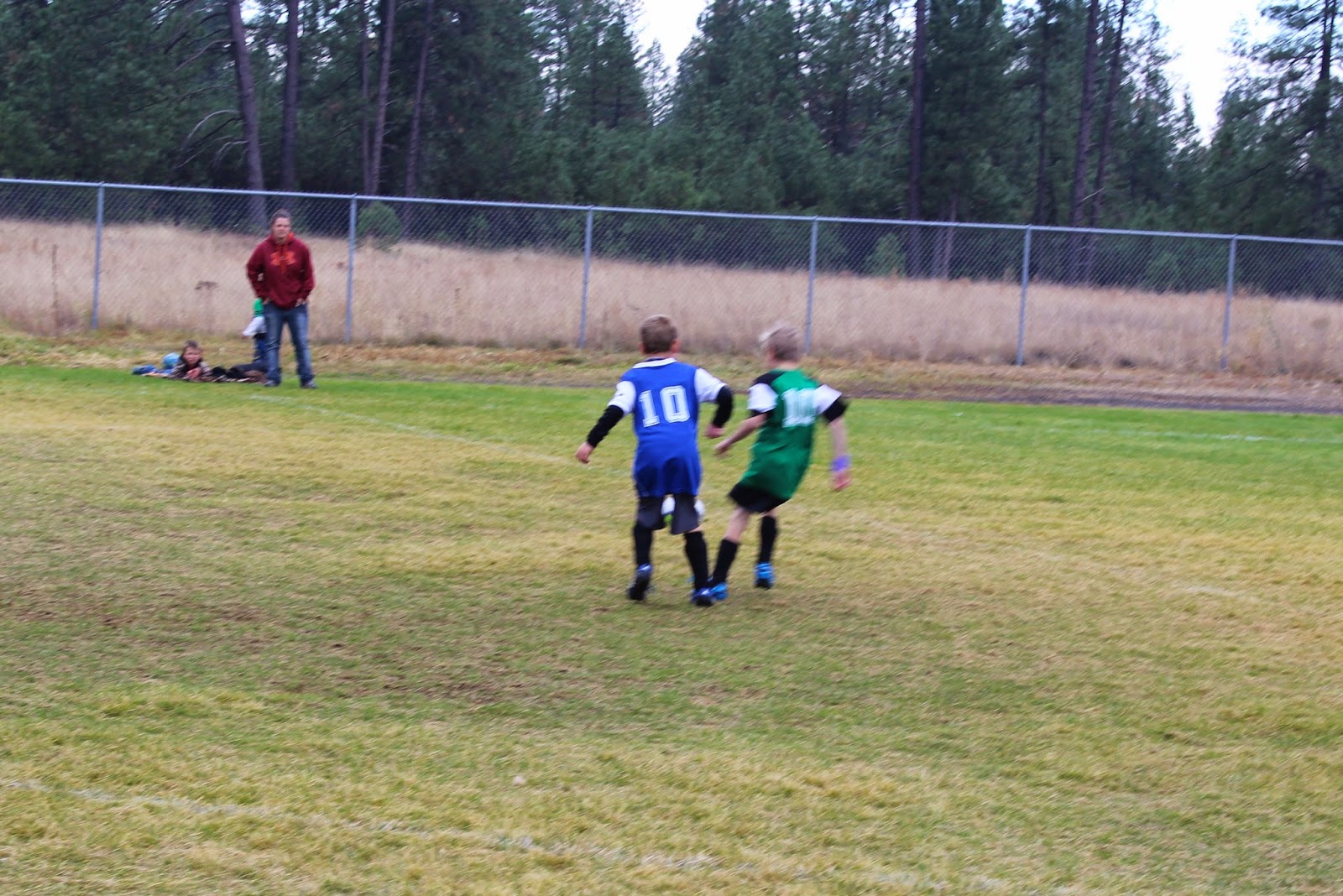 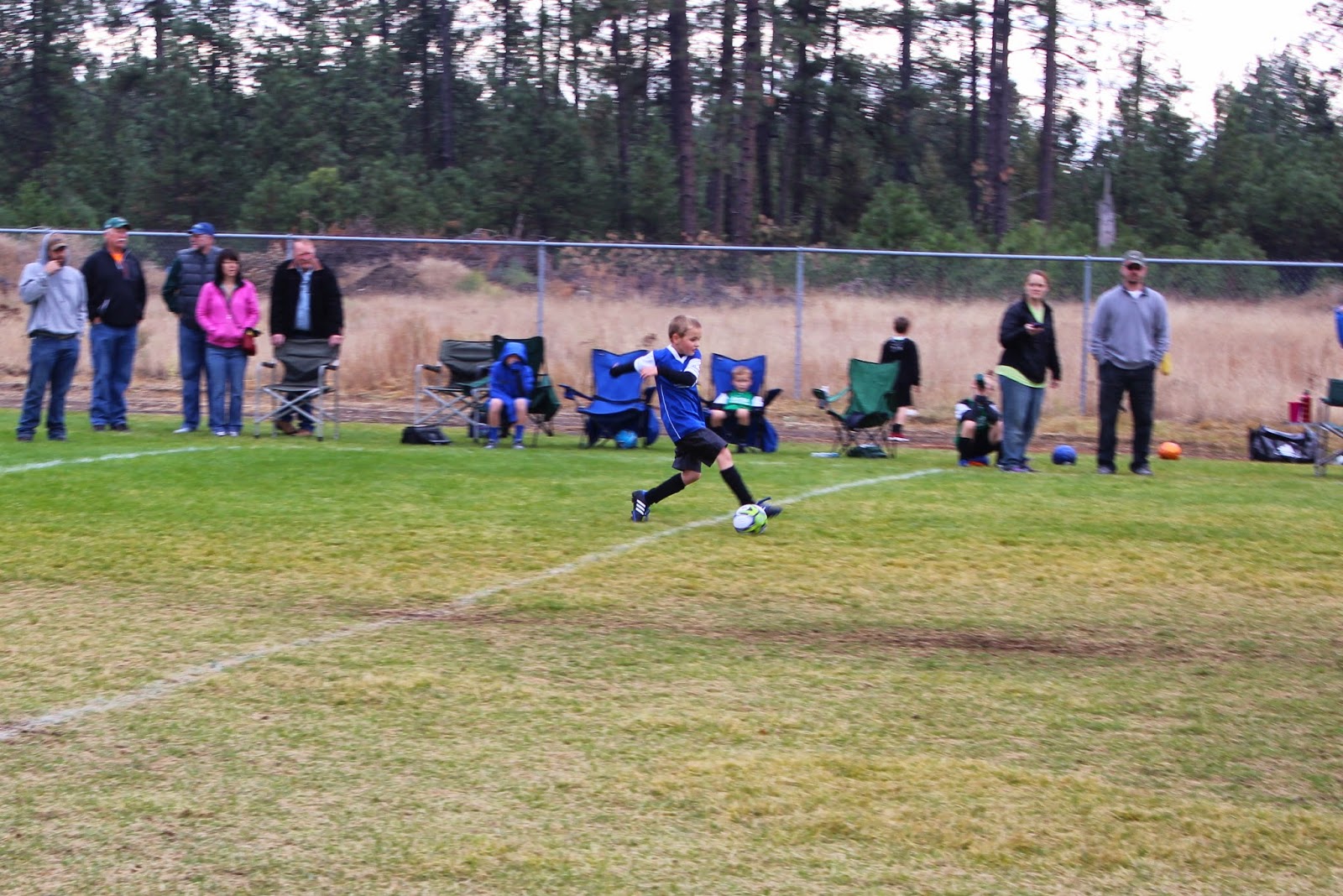 Matt rode out to the game with us and Olivia decided that she is not afraid of him anymore! 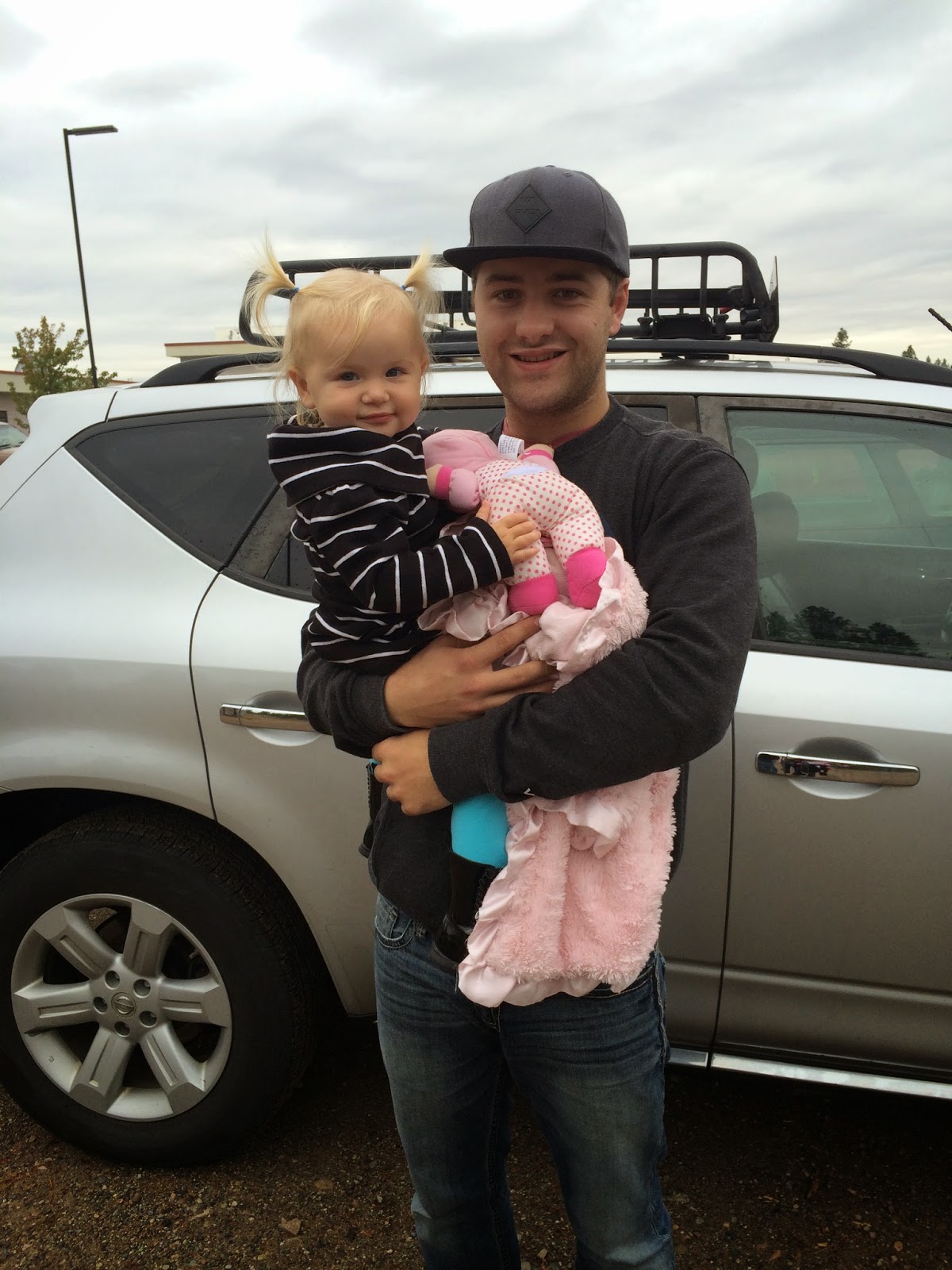 We brought Olivia's stroller this go around and it was quite the hit for her.  She had my parents taking turns walking with her while she walked her babies.  Or her and Ryan took turns playing and fighting with her babies. 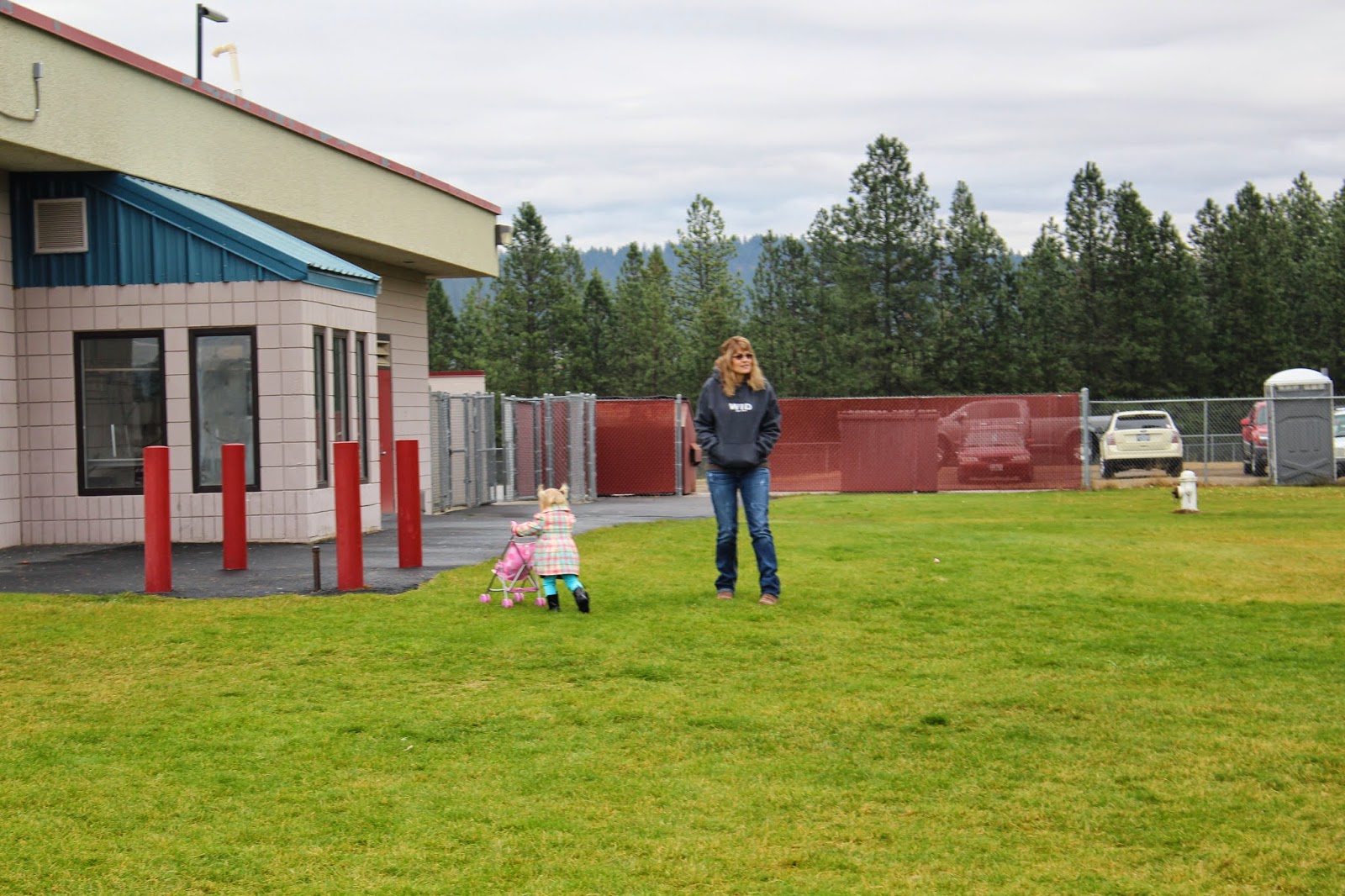 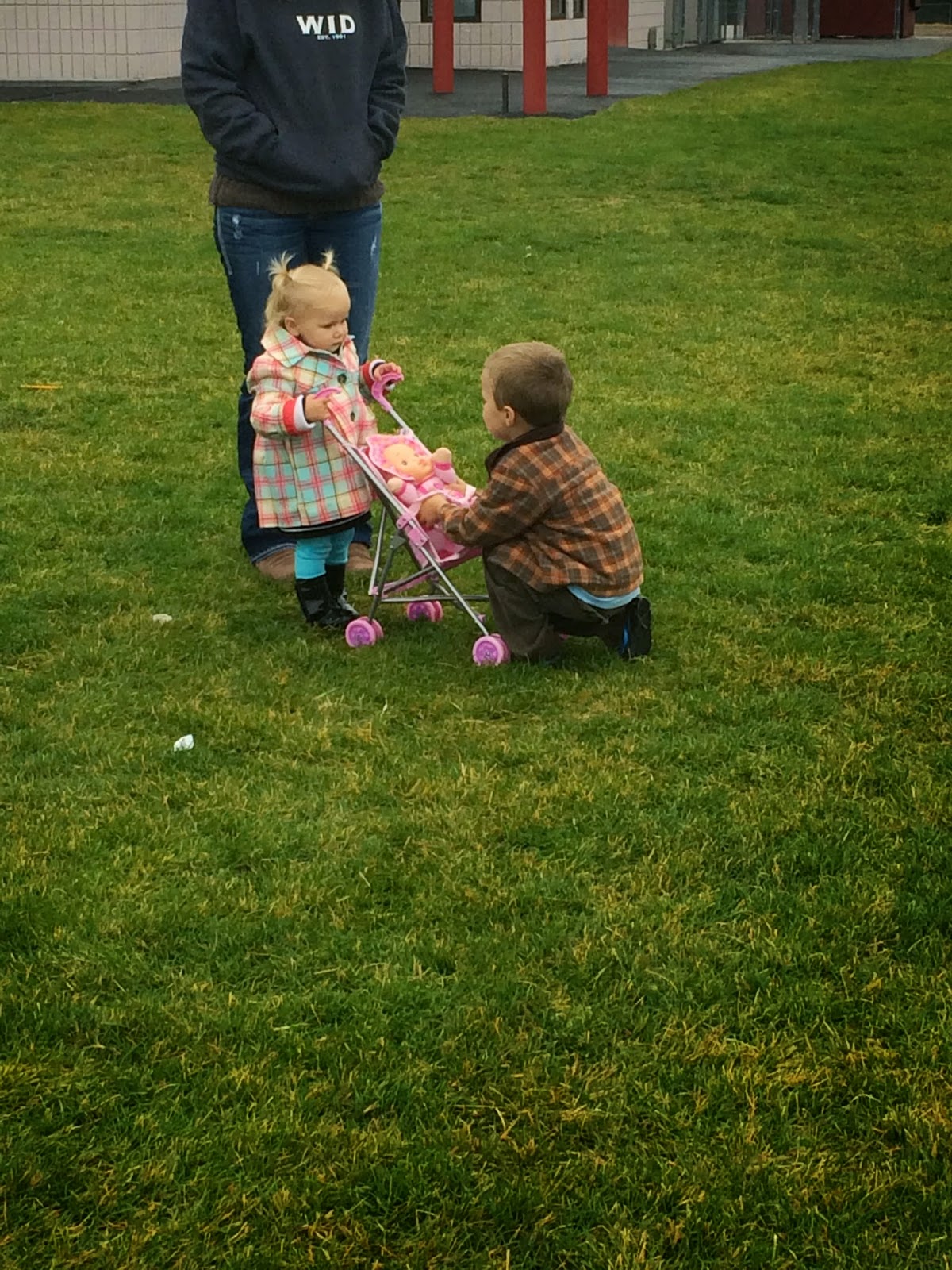 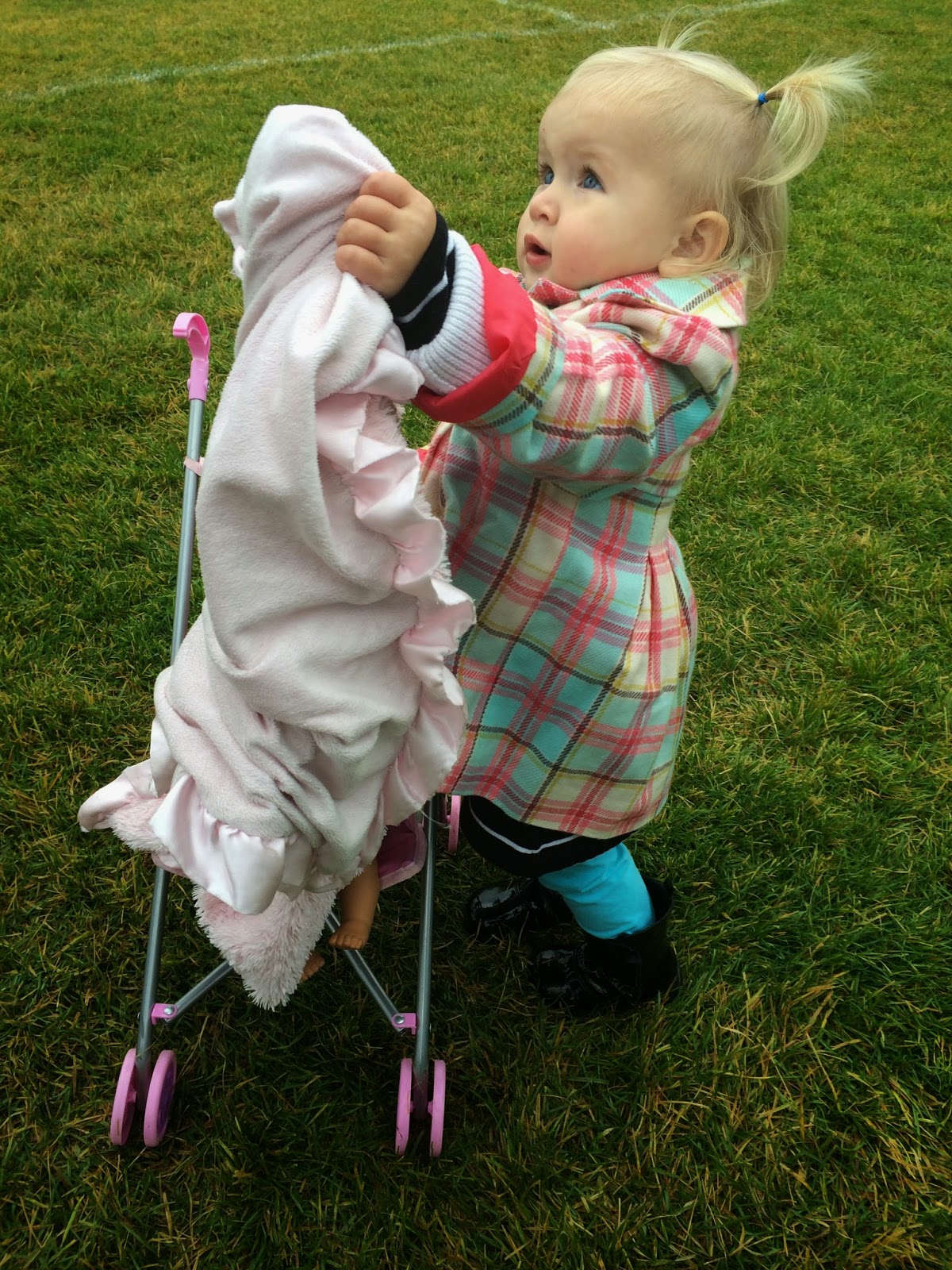 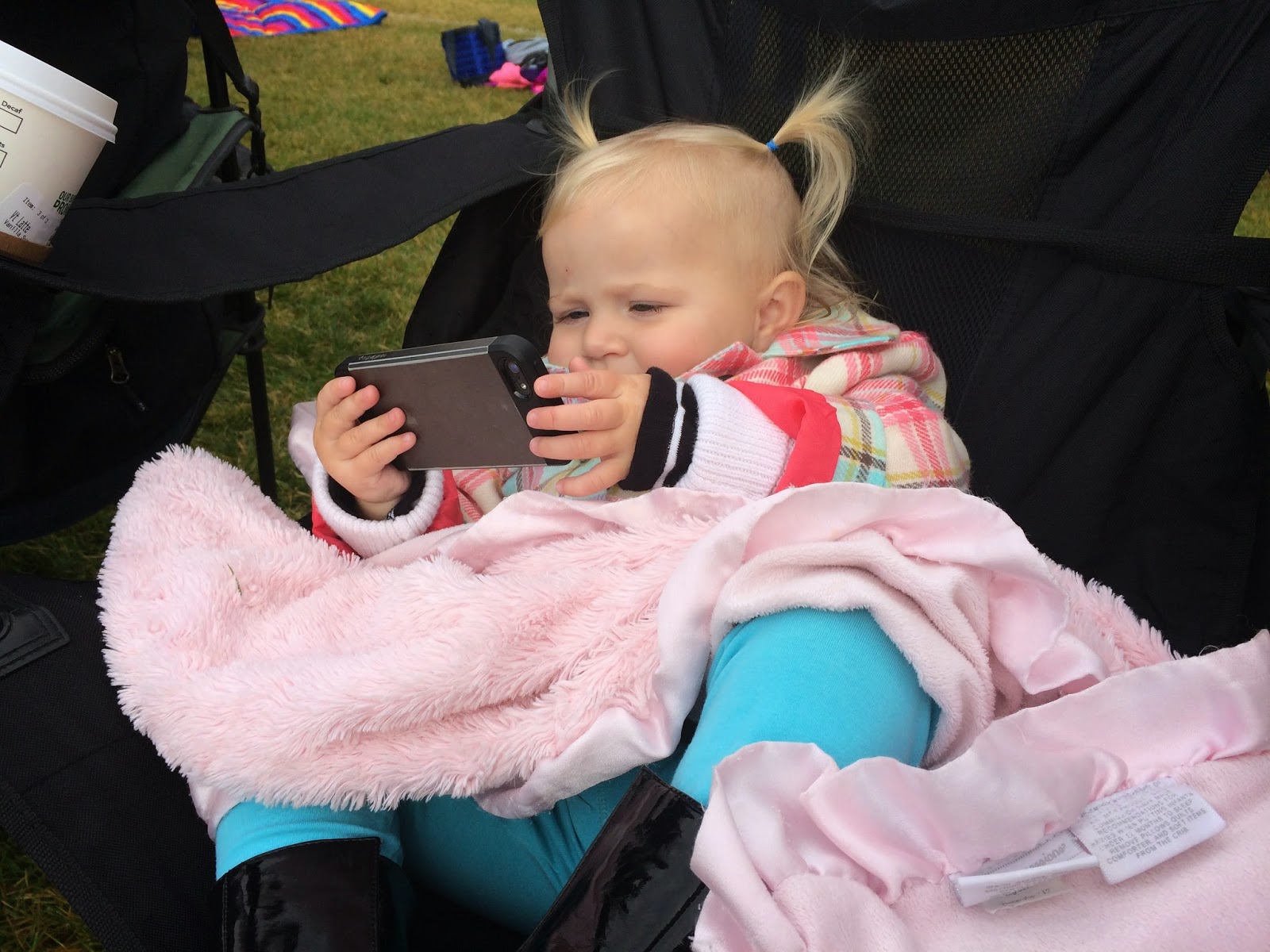 Ha!  He wasn't in while she was watching Bubbles.

Blue Lightning!  End of the fall season.  Fresh off their six to two win! 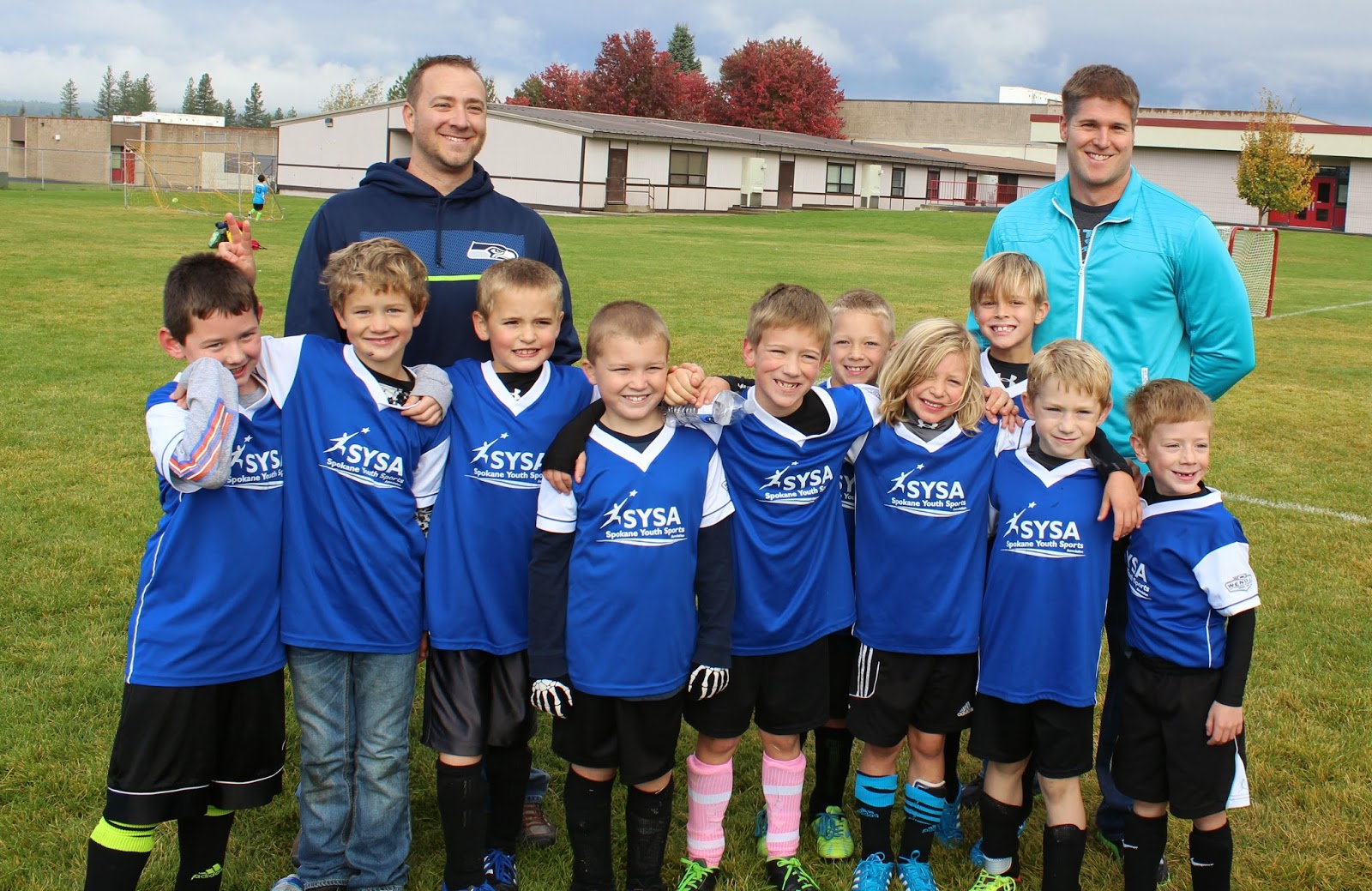 Little Miss making her way out of the game!  How cute is she! 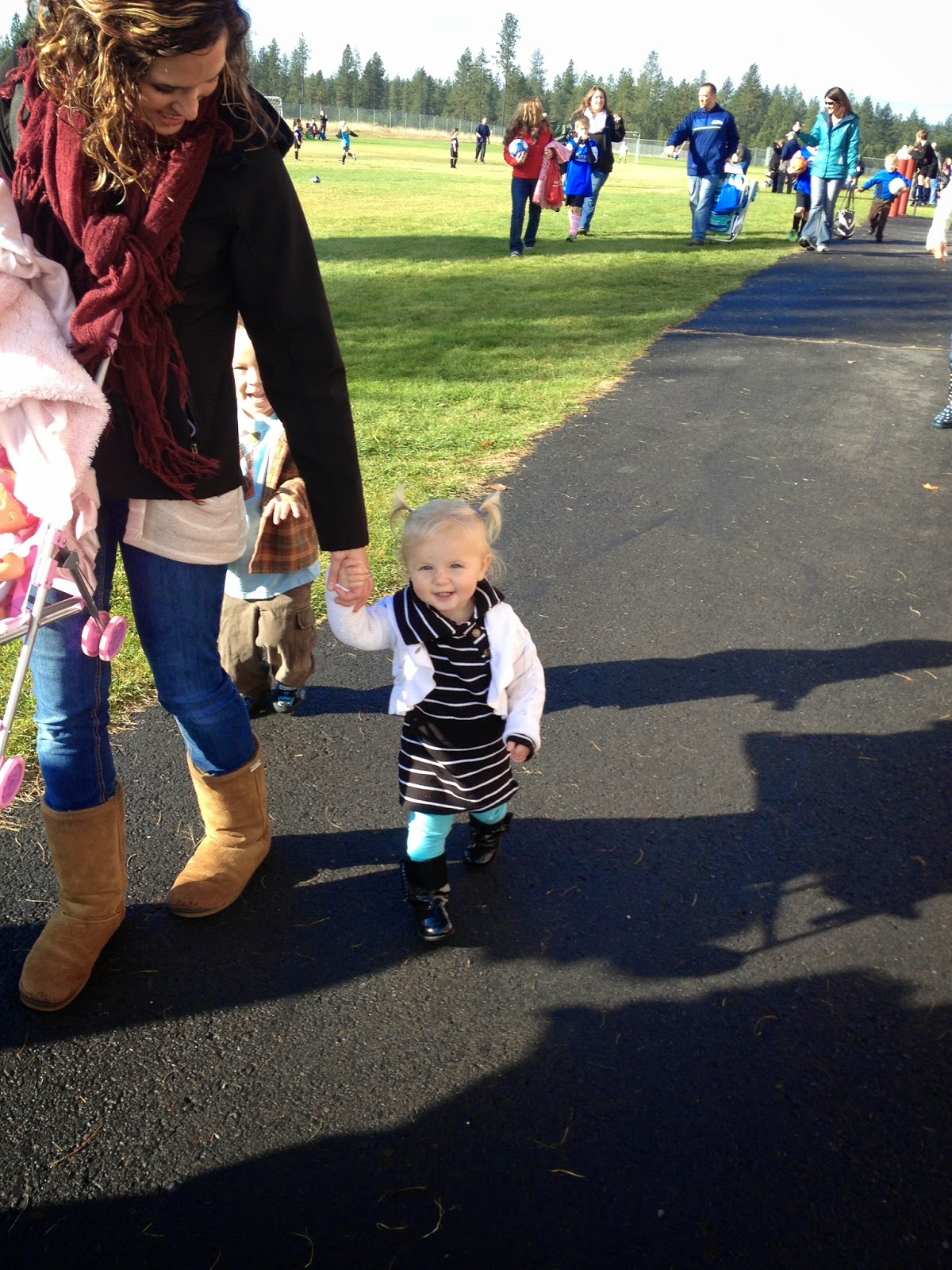 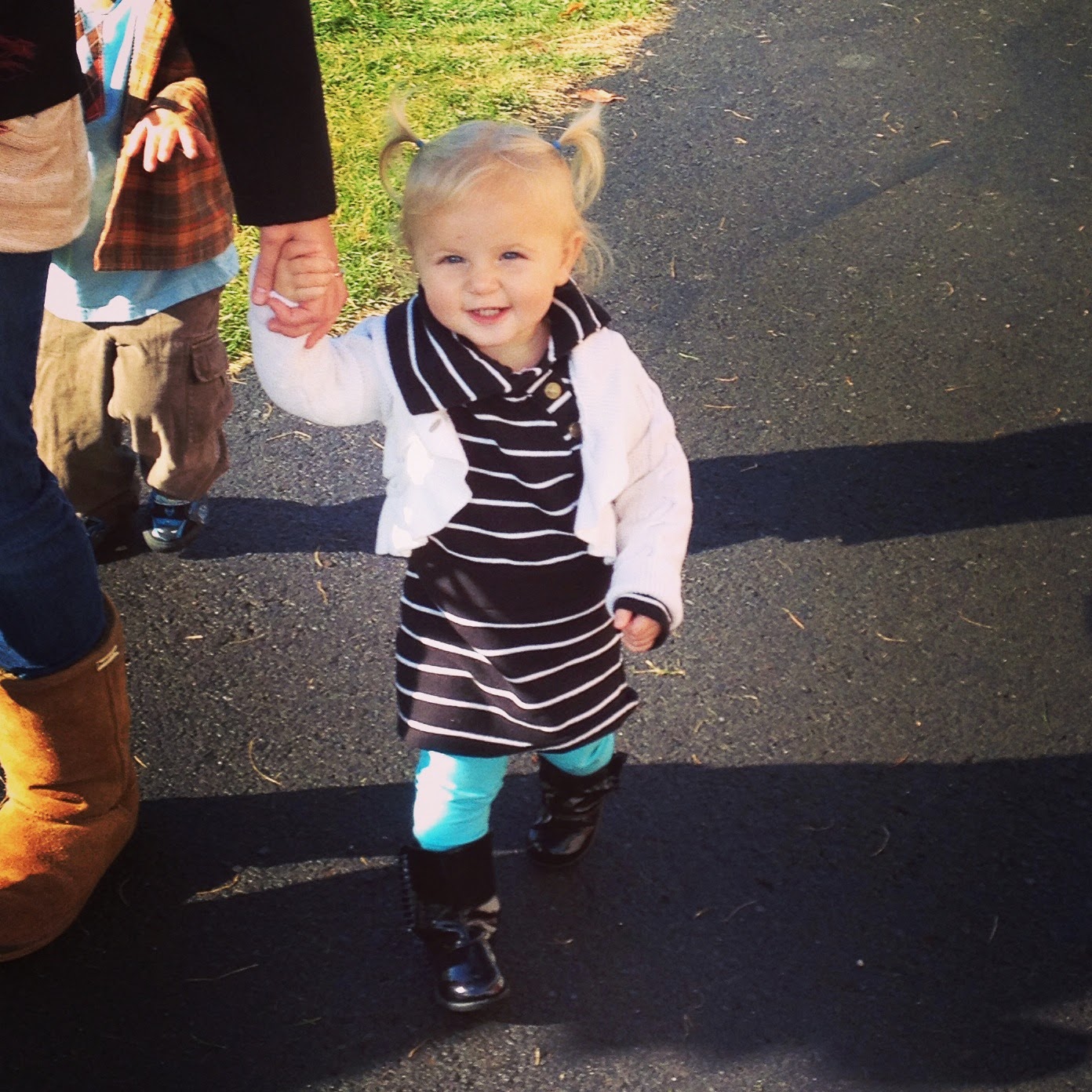 It's going to be a long winter while we wait for spring season to start up!  Luckily Preston starts basketball soon!  That should help!