While big brother is at school, me and Olivia met up with some friends at the park!  Don't tell Preston!

Big girl was going down the slide all by herself! 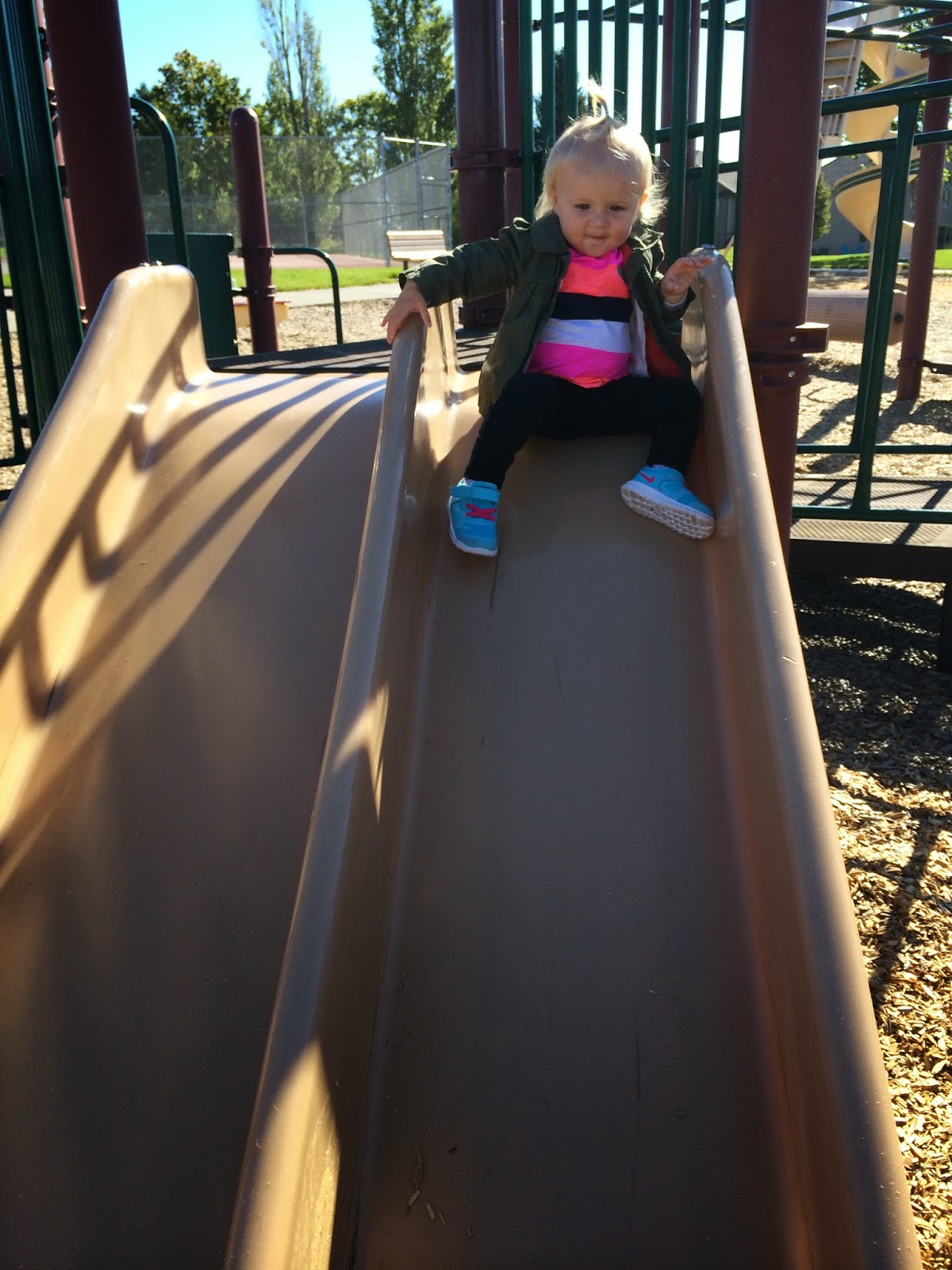 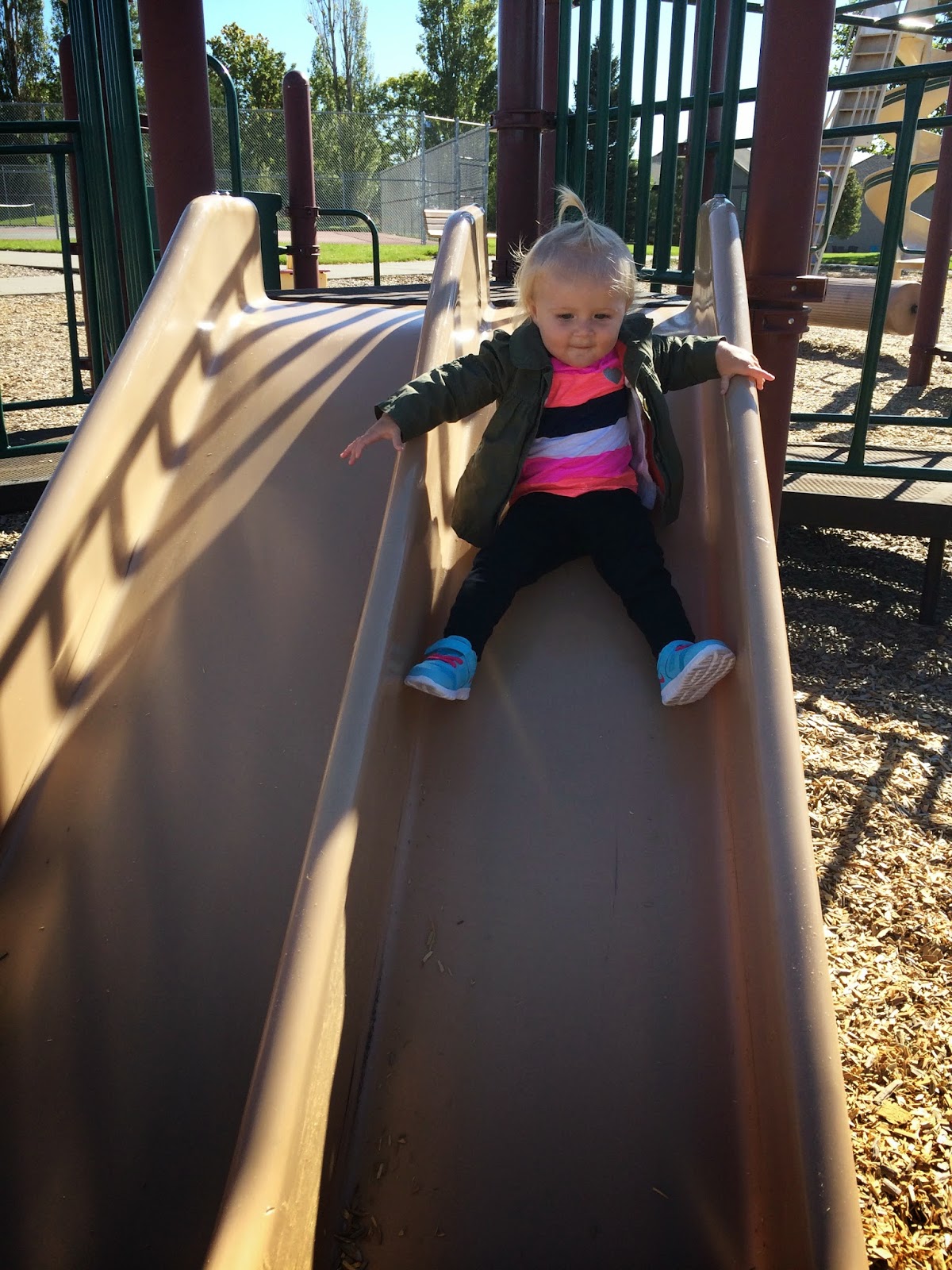 Apparently the little slide wasn't enough.  Olivia had to go down the big slide.  The really big slide. 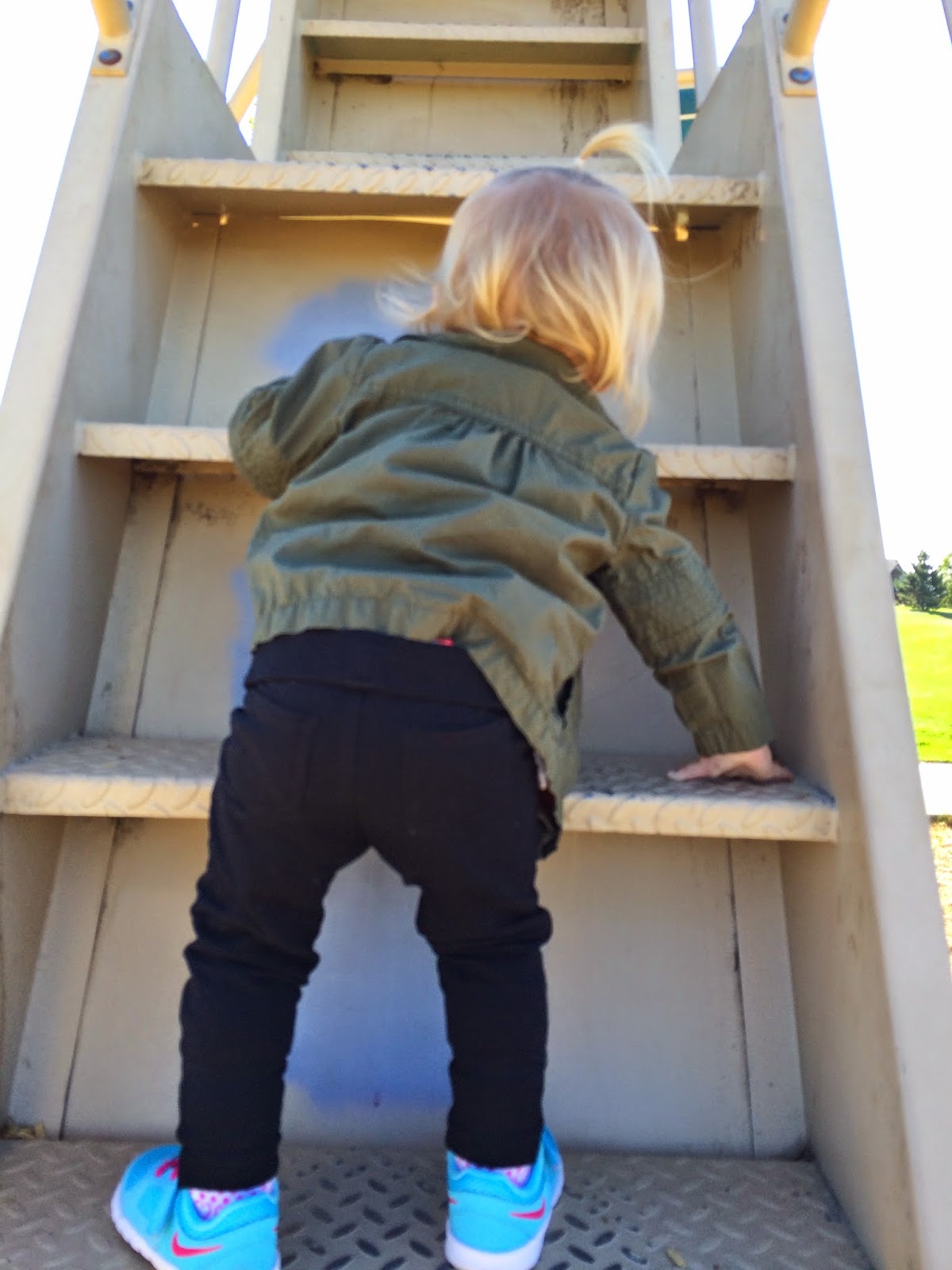 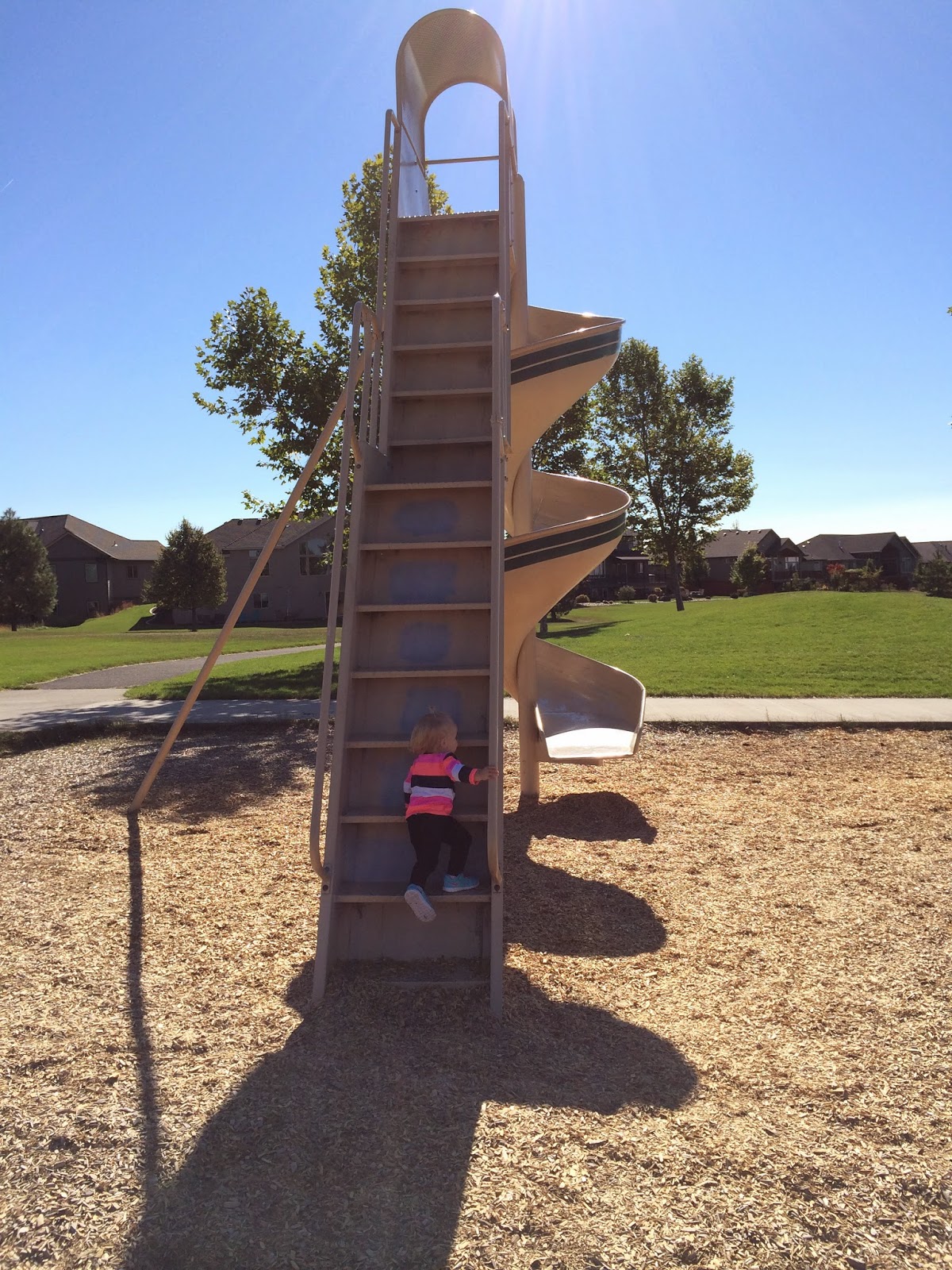 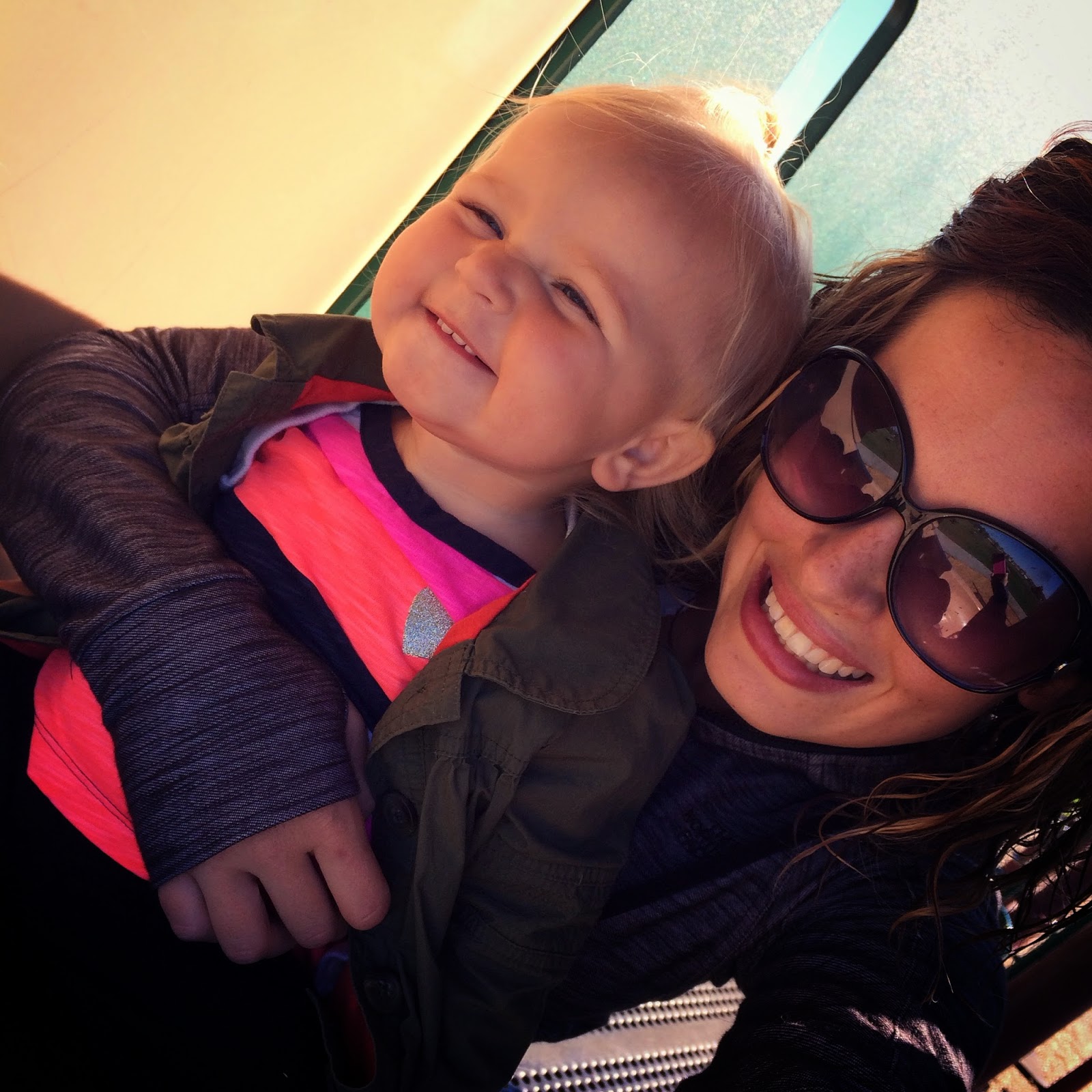 I had to tell her we were done after going up and down three times.  Sorry little lady, Mommy can only follow you up three times!

She got over it pretty quick.  The teeter totter and the little slide helped. 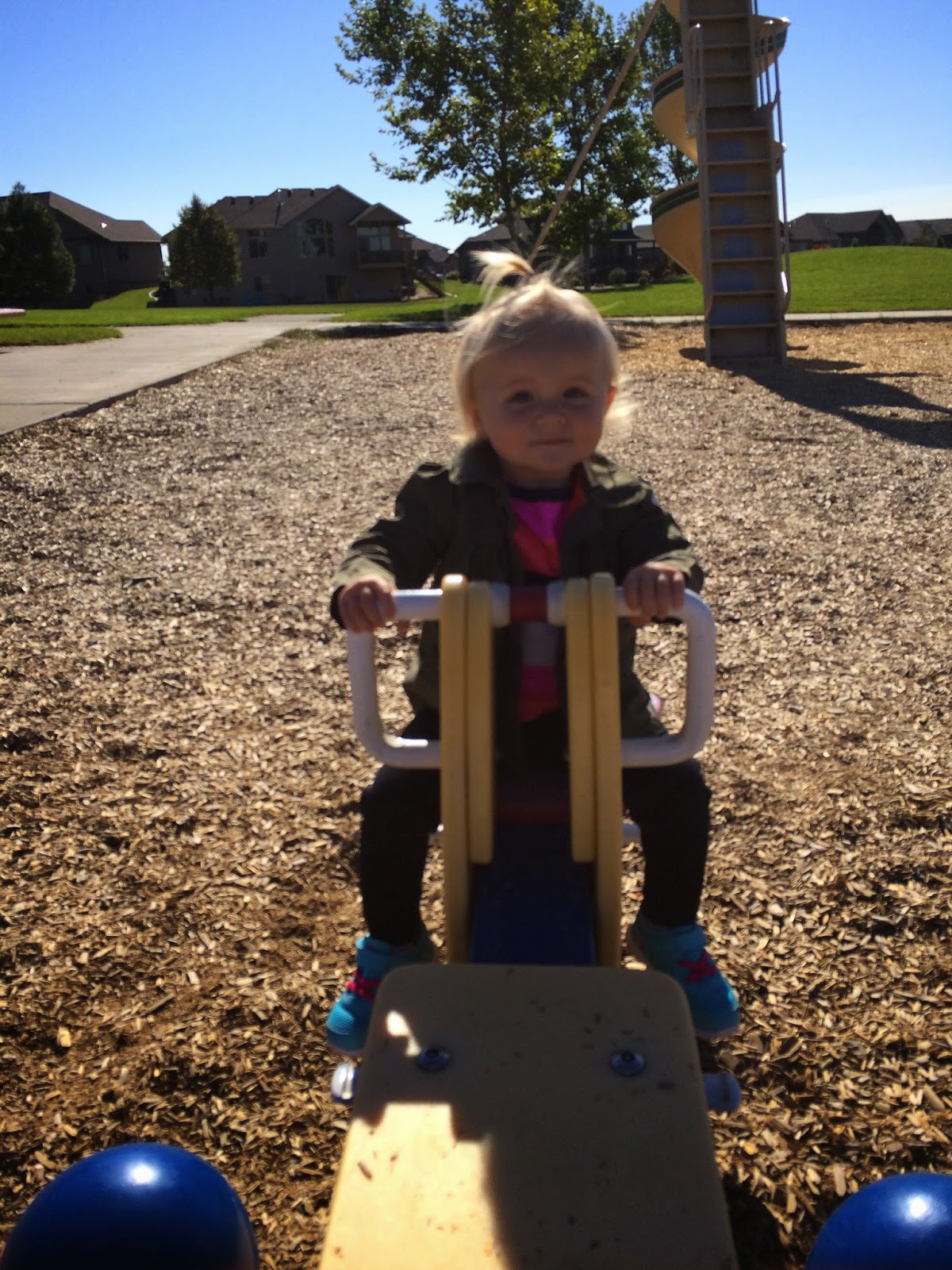 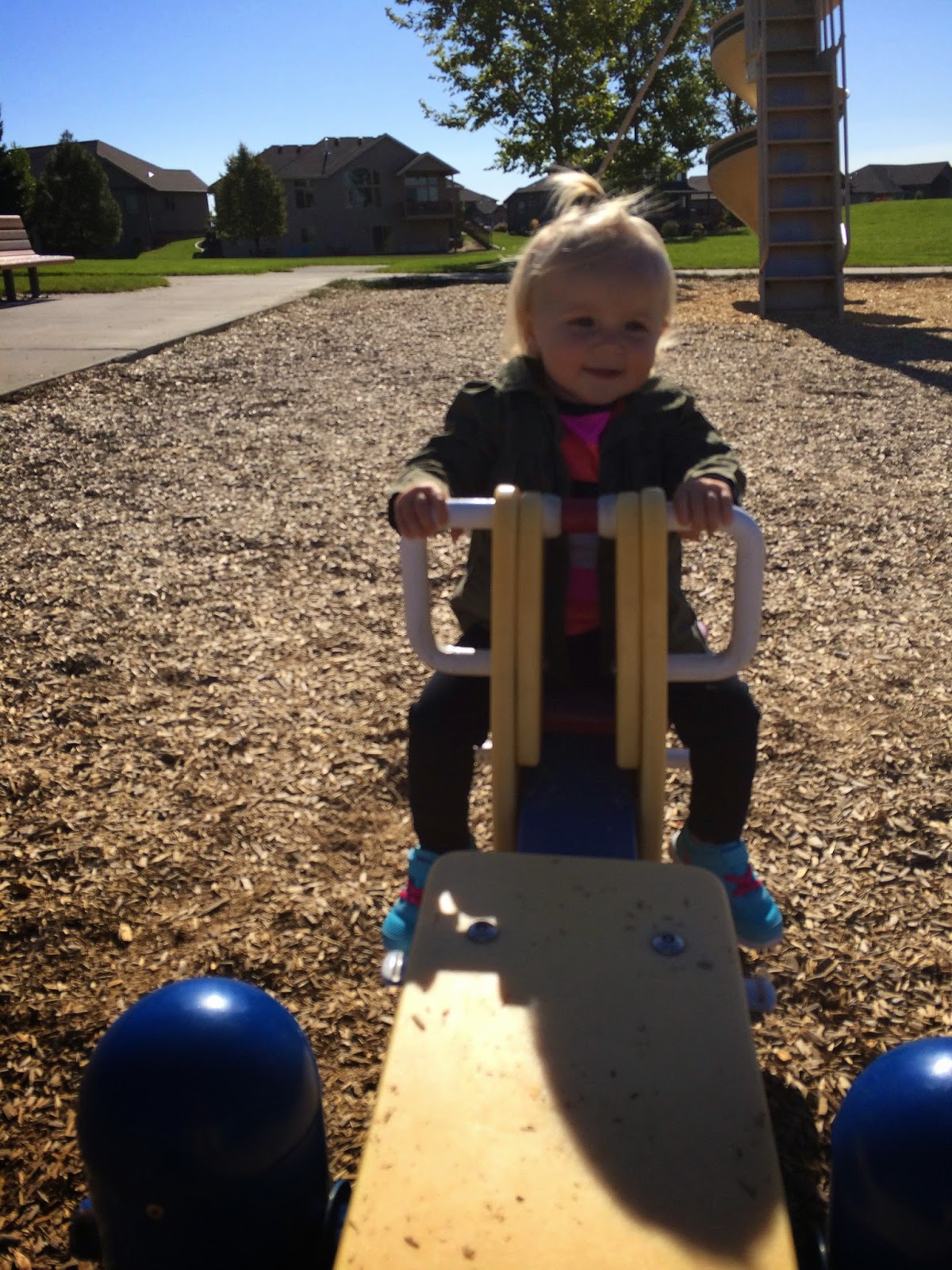 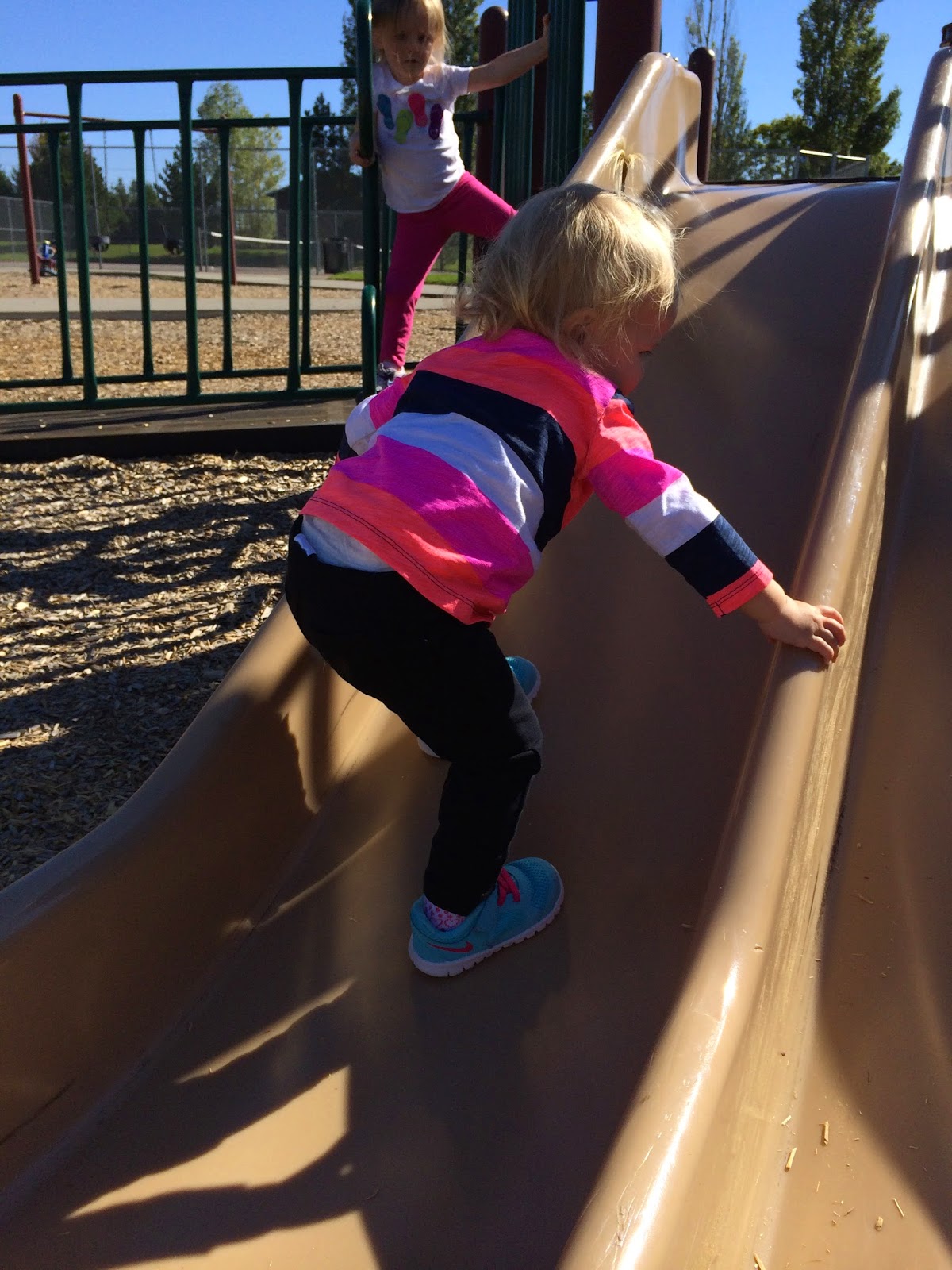 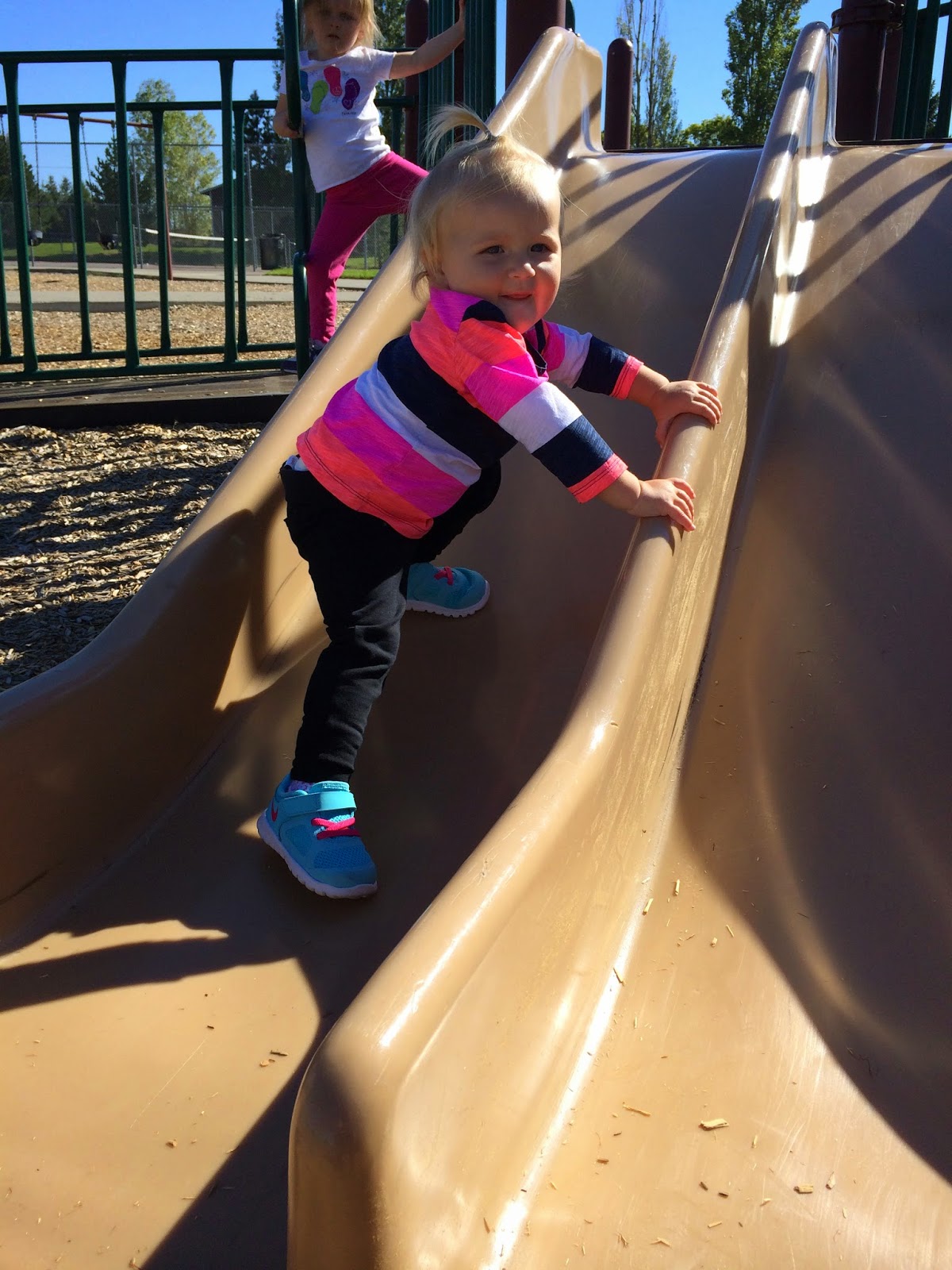 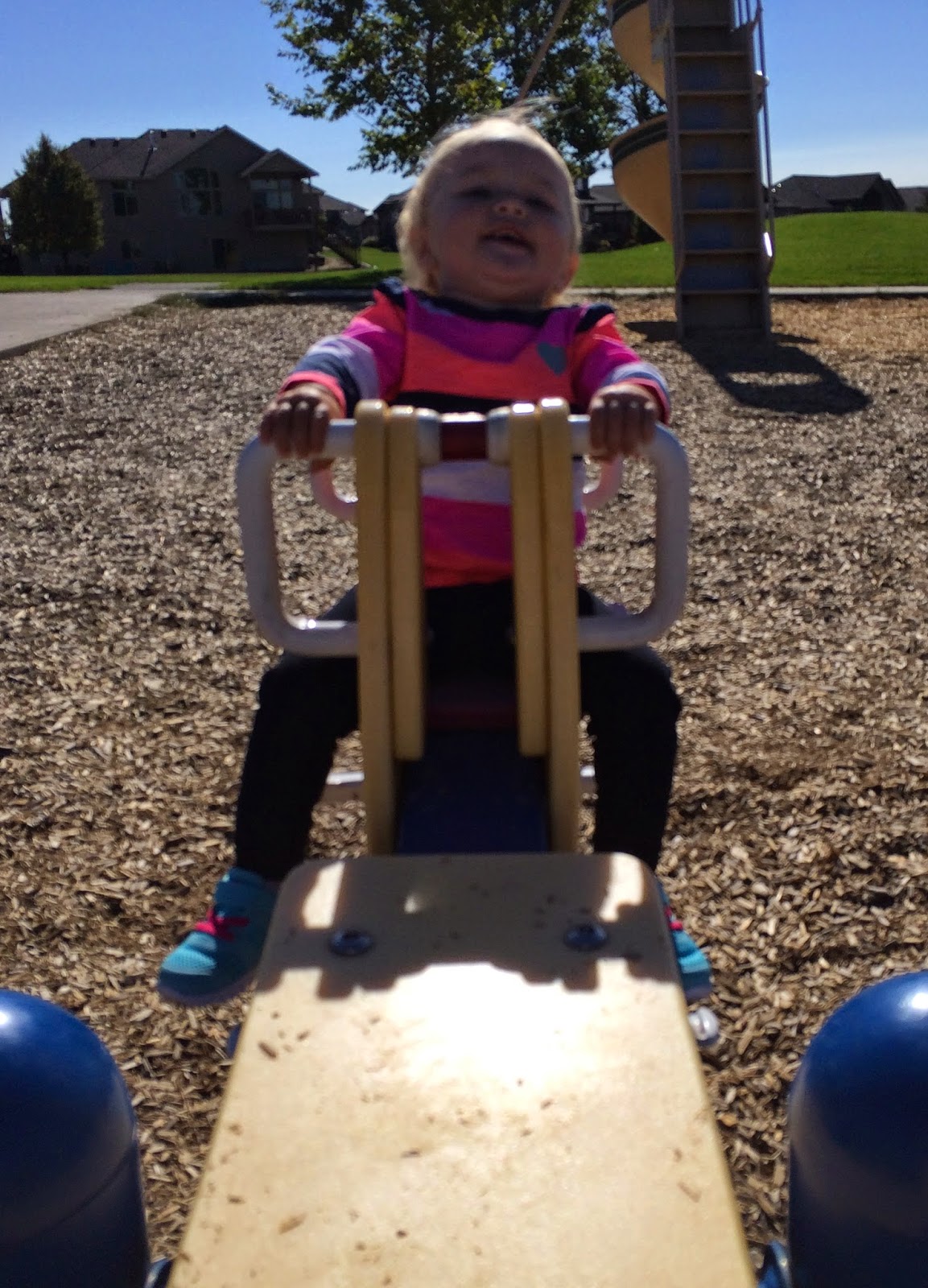 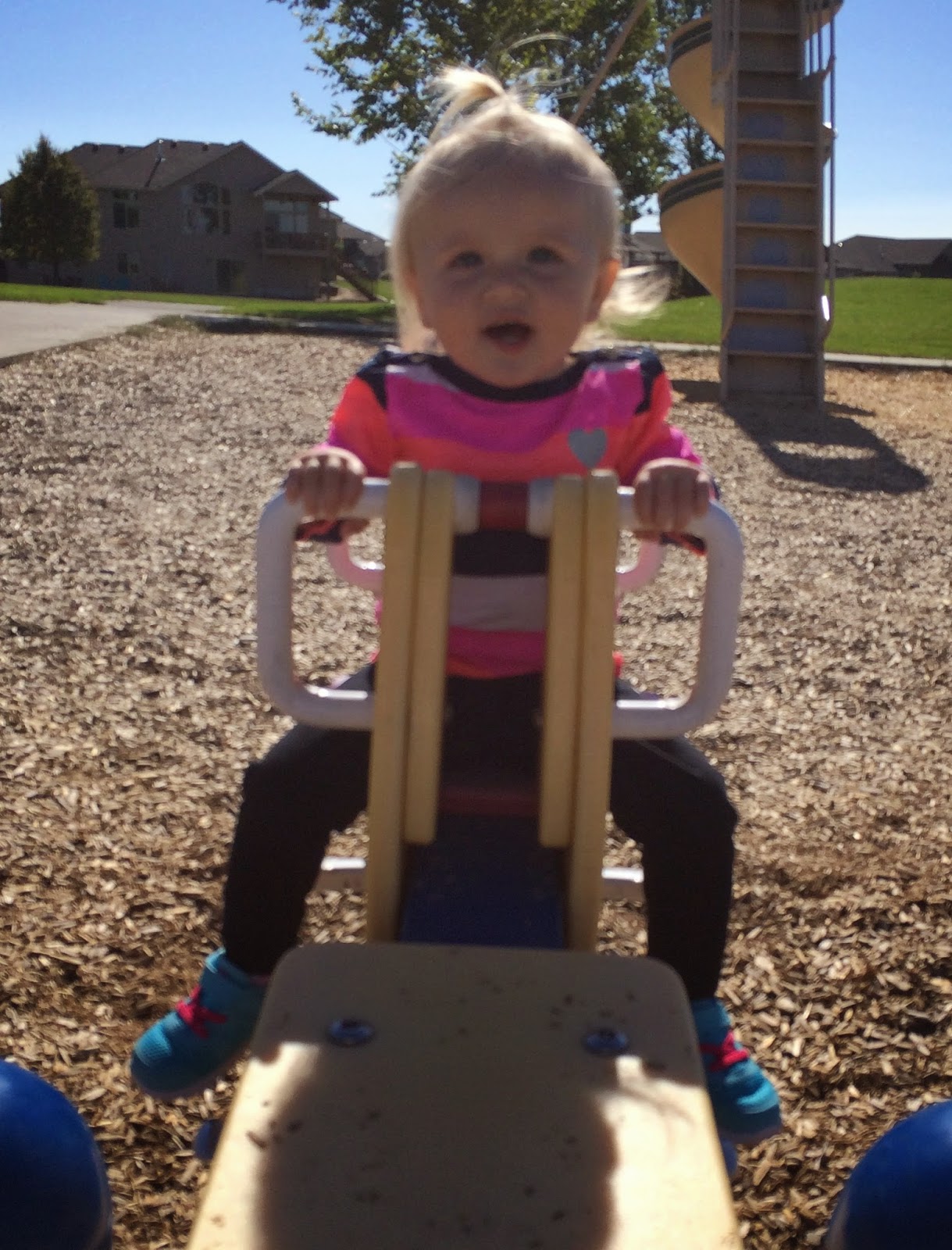 What's some swing sharing between friends! 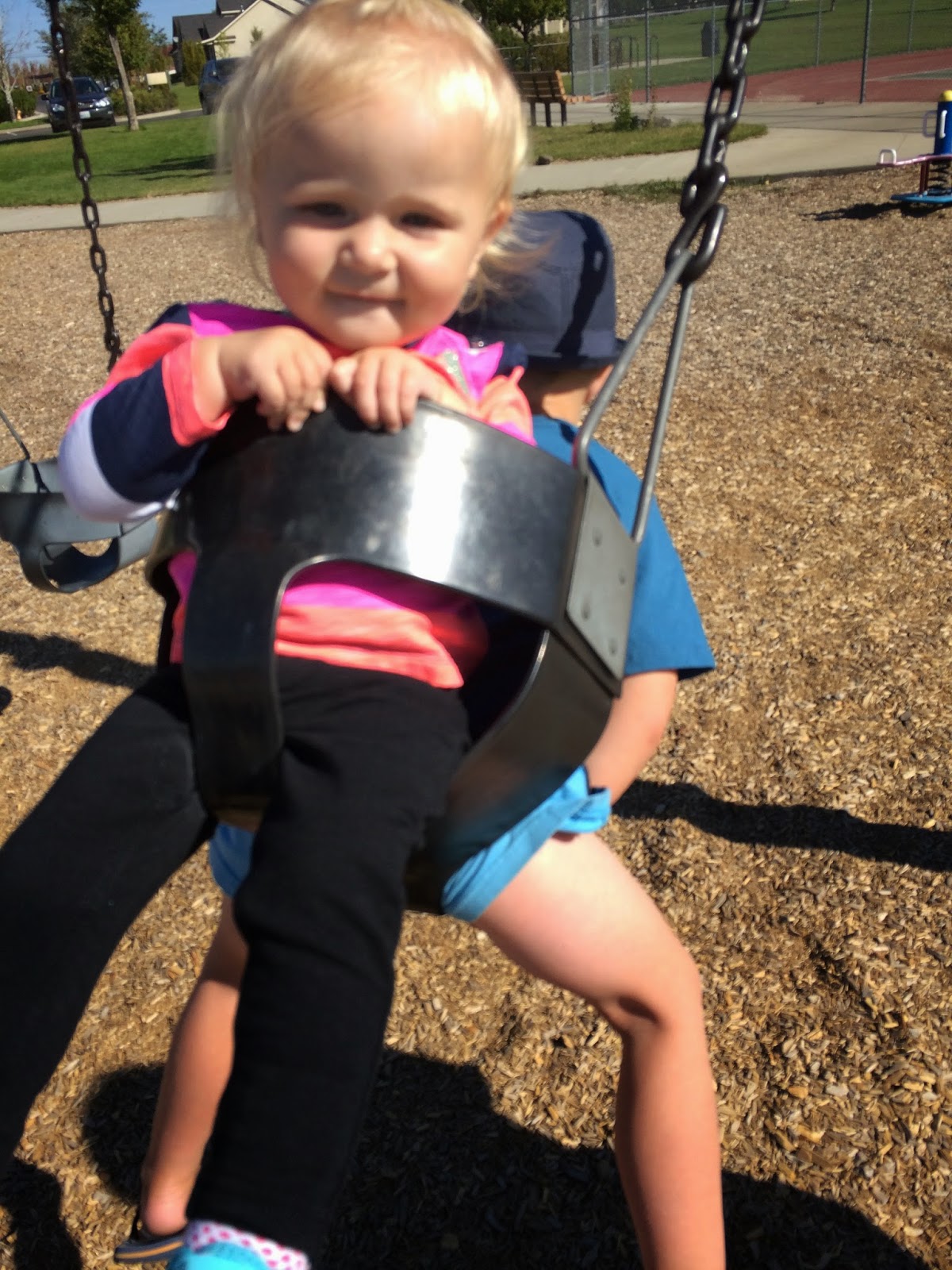 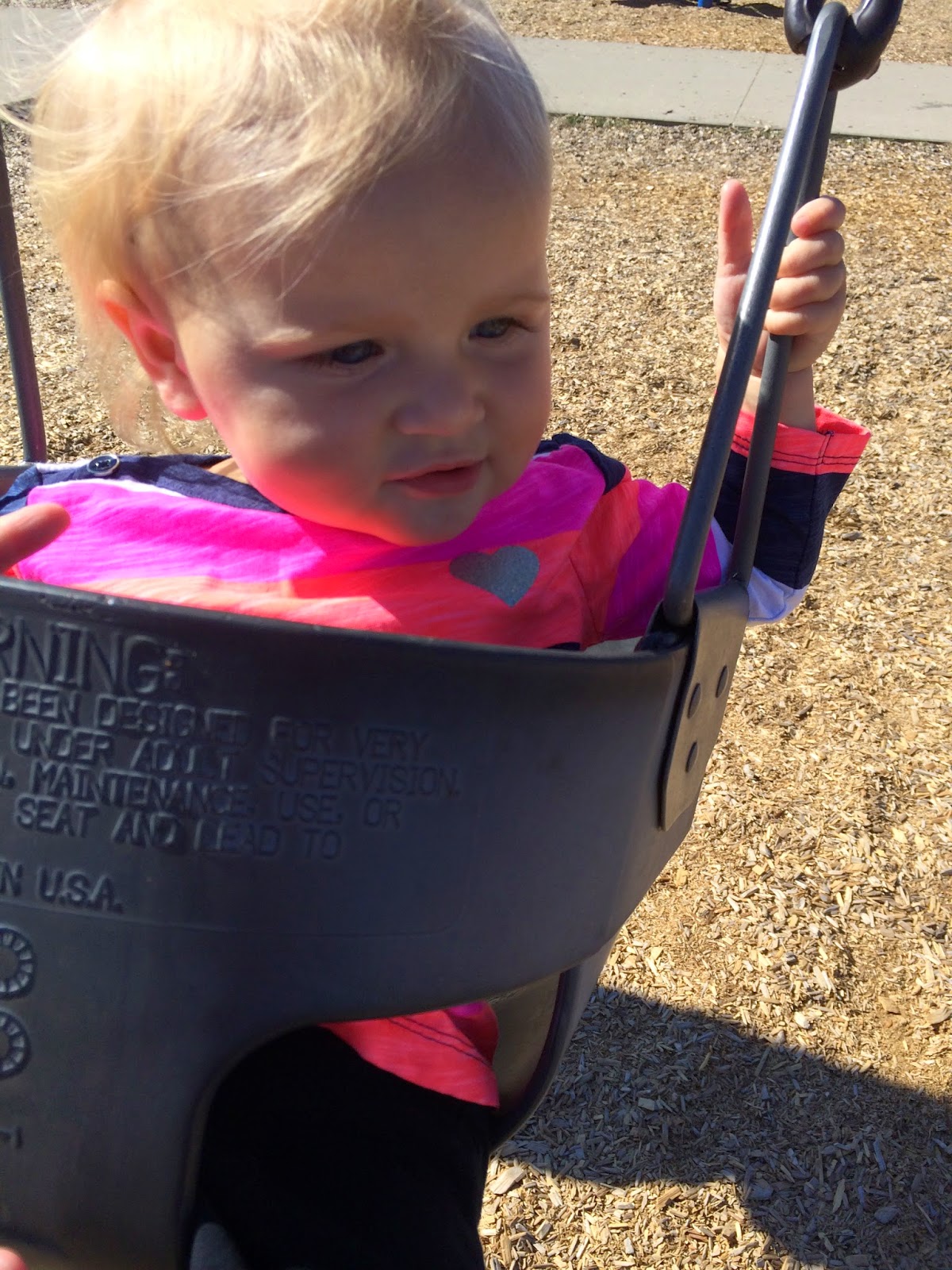 After the big slide one of the best parts of this park is that it's two parks!  With a walking trail between the two! 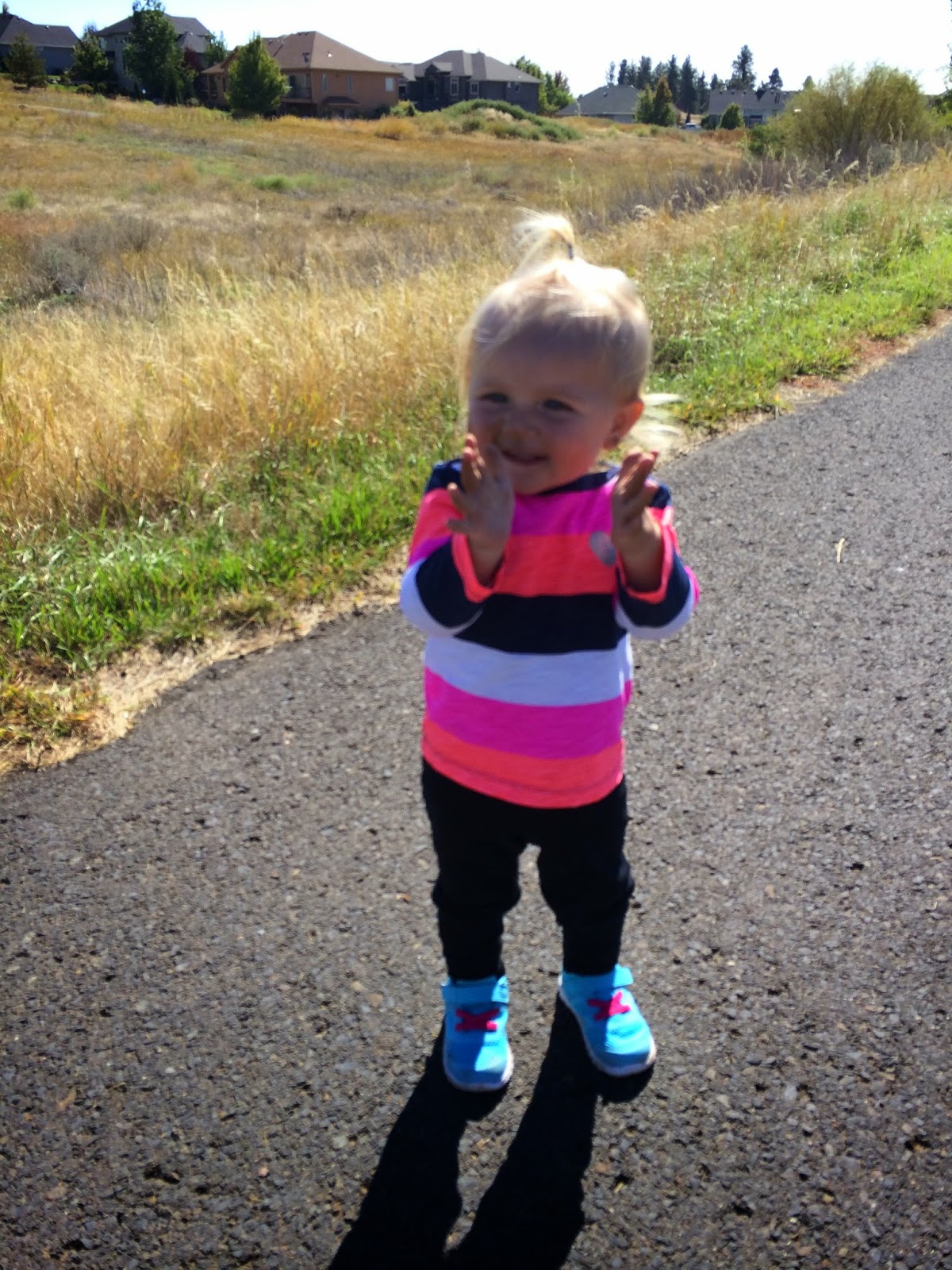 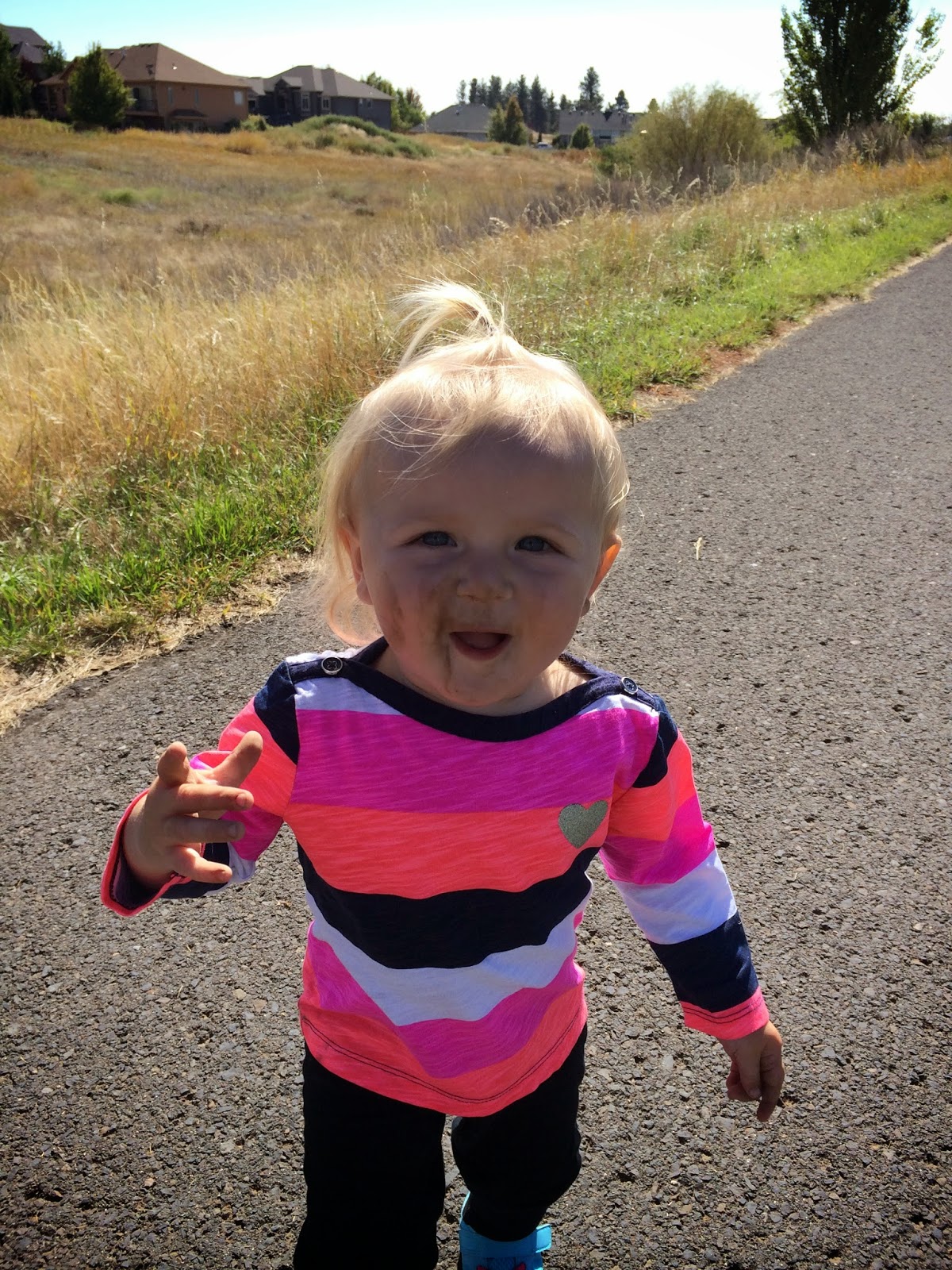 Can you tell Olivia had played in the dirt?

When Preston was little I remember him being afraid of the bridges that you walk across that wiggle.  Olivia didn't even bat an eye while she played on it! 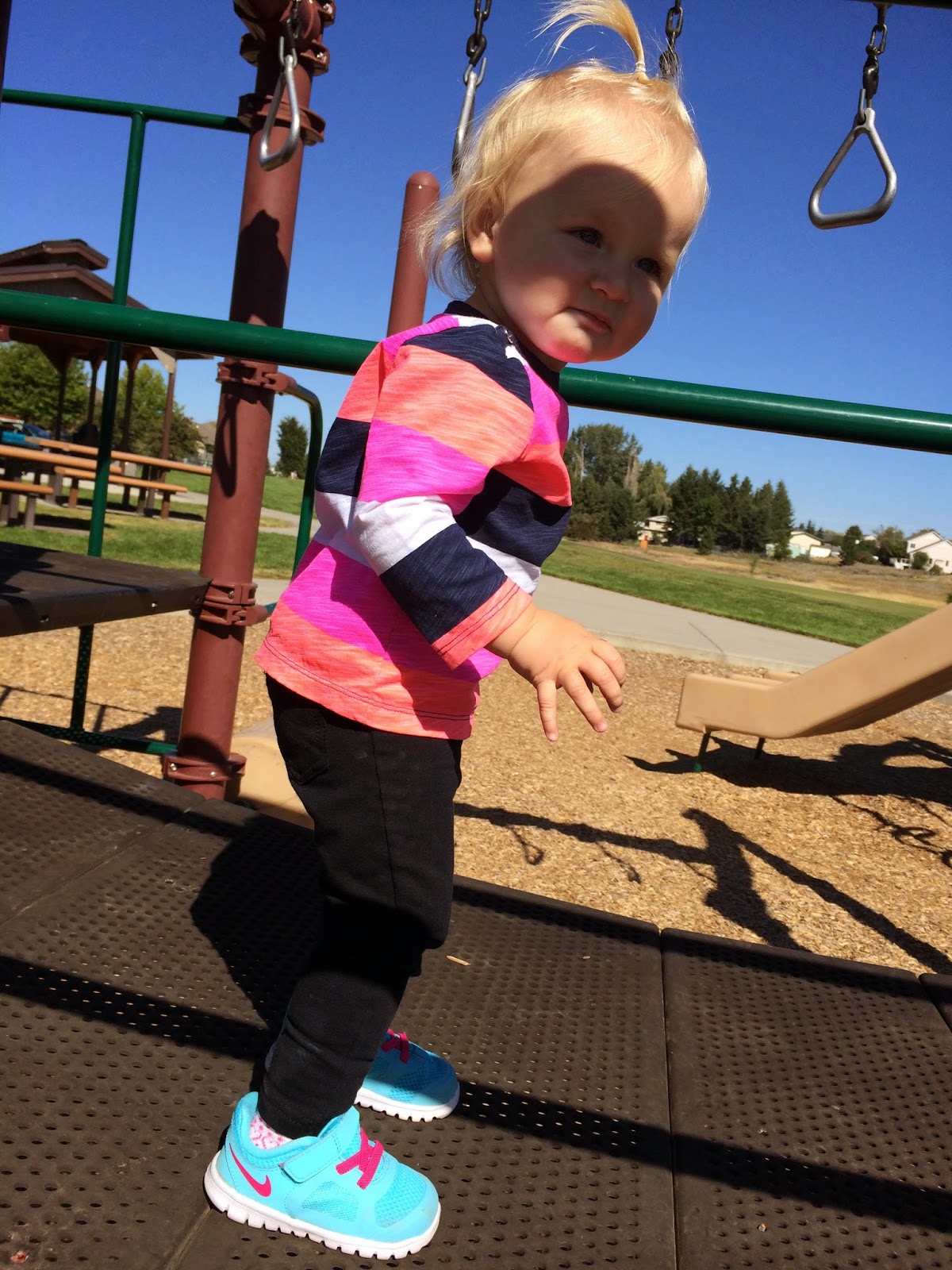 Back to the first park to play!  Some teeter tottering with Kelly. 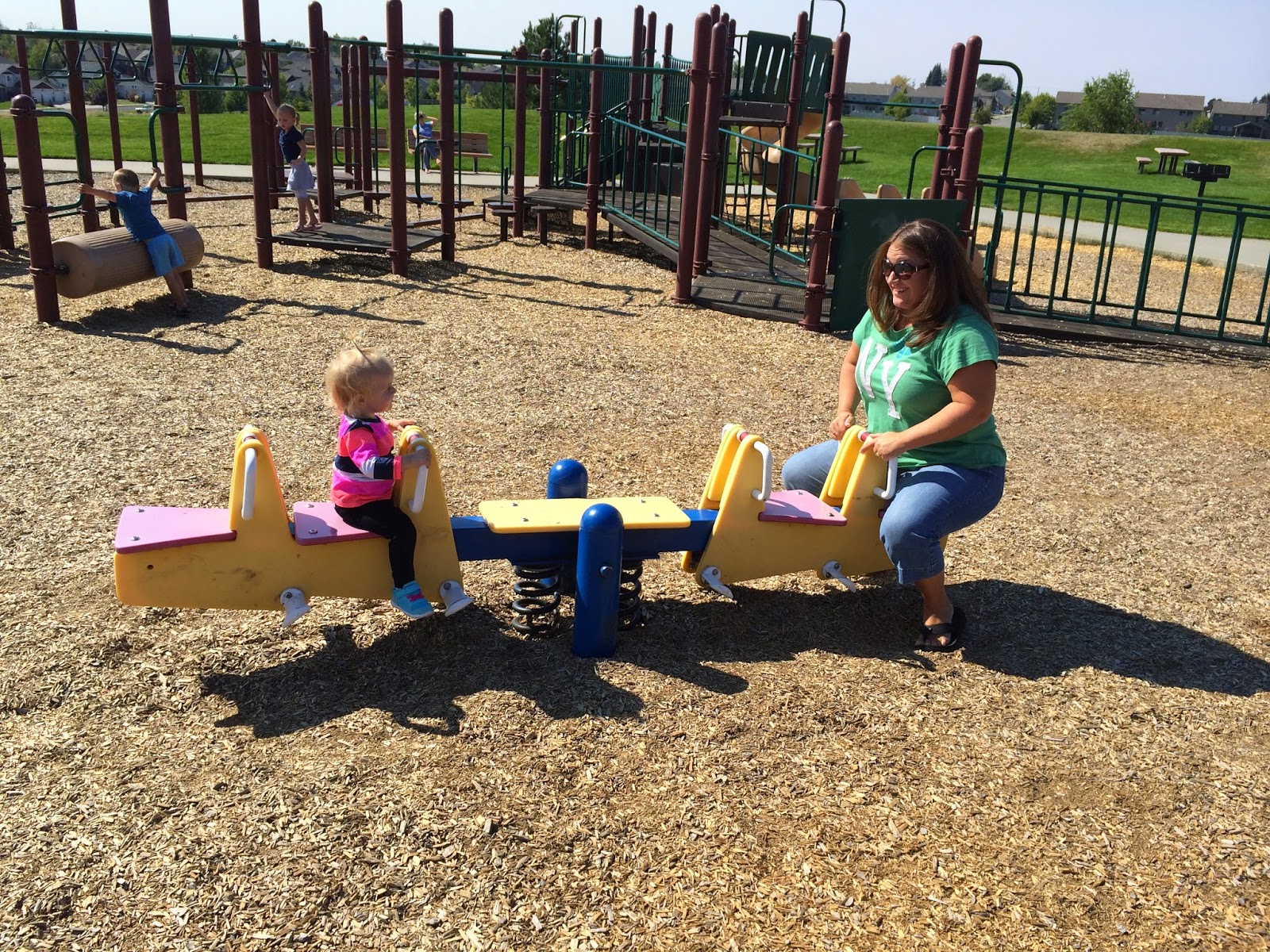 Before we headed home.  I was tired.  Olivia not so much.  Ha!