We hosted our second annual End Of Summer Playdate! To mourn the end of summer or to celebrate it, your call!  This year it was bring your own food as a result of how last year ended.  No flu sharing this go around.

We had a BLAST!  Such a fantastic time with our friends! 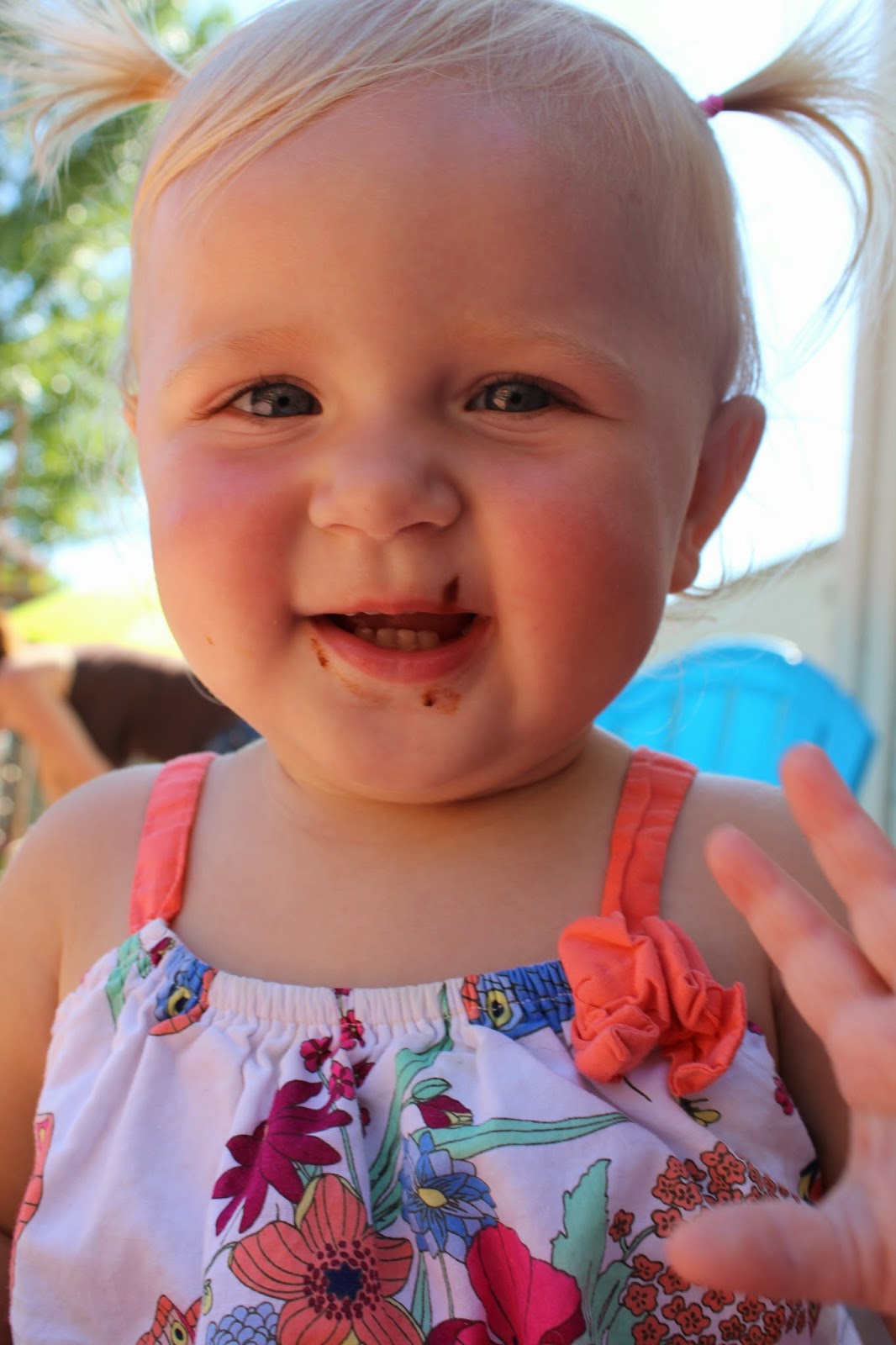 Preston was busy from the moment friends started arriving to the moment they left!  I think that's the sign of a great playdate.

Little Miss hanging out by her pool. 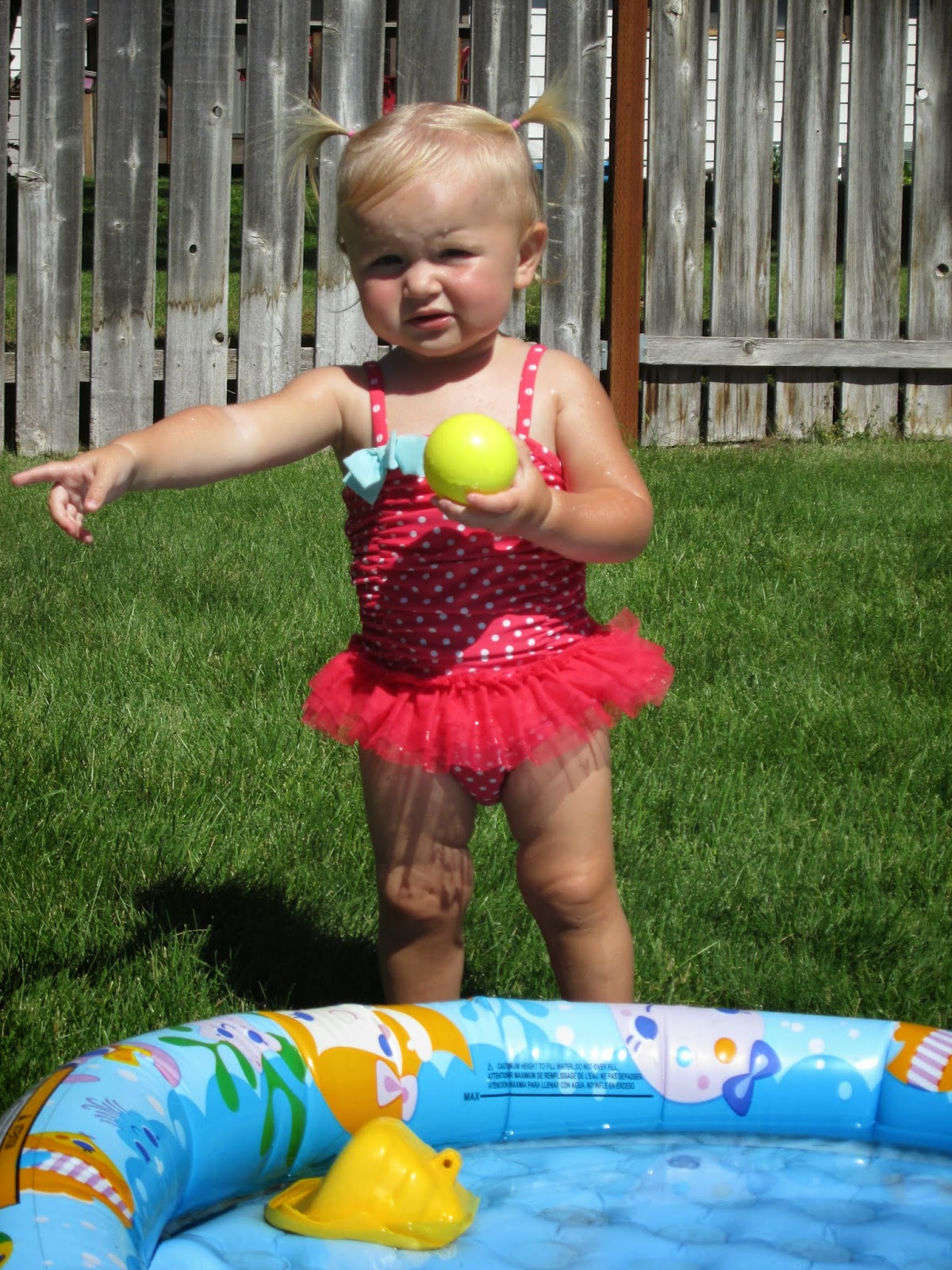 I swear seriously could she be any cuter?! 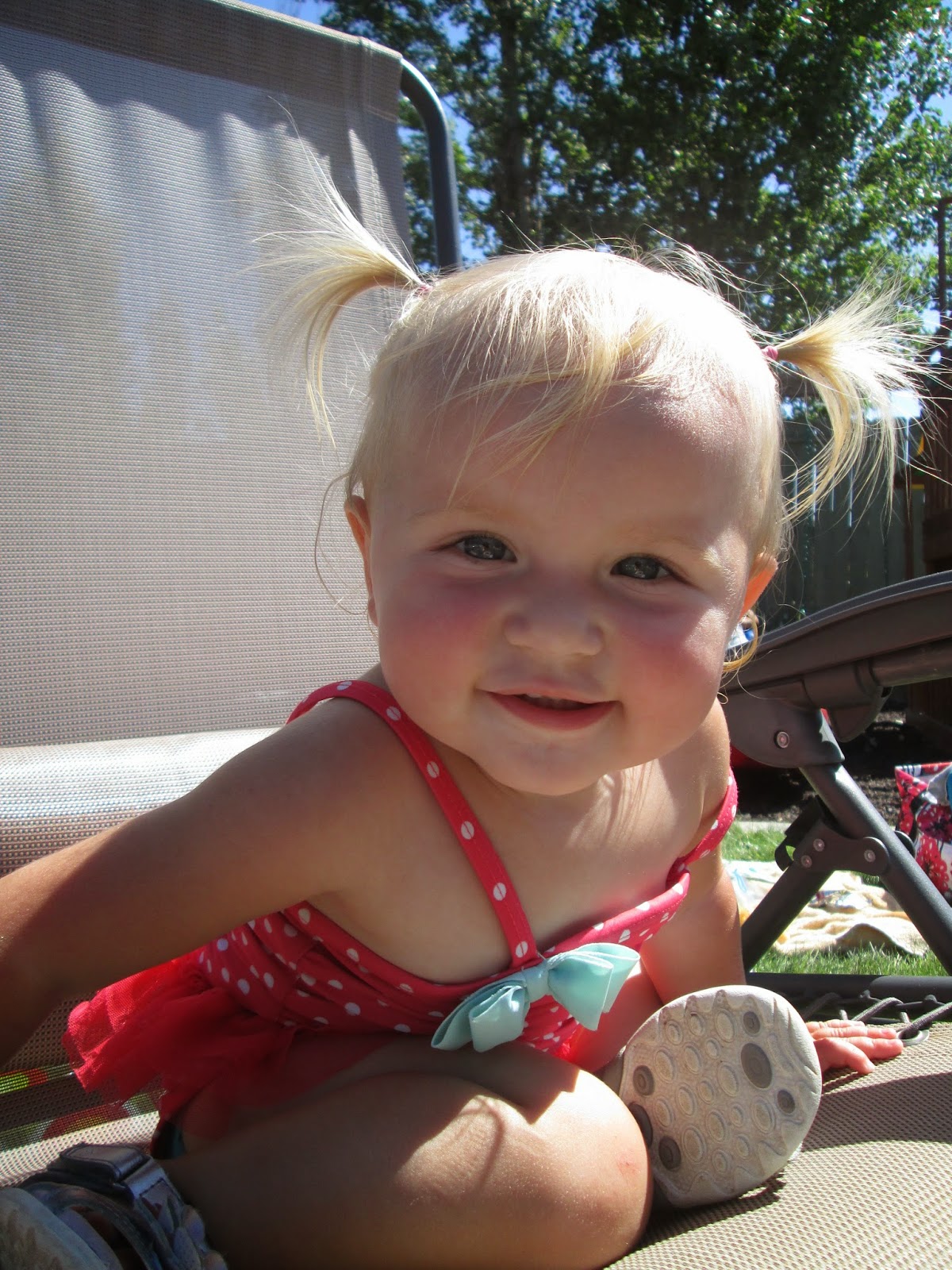 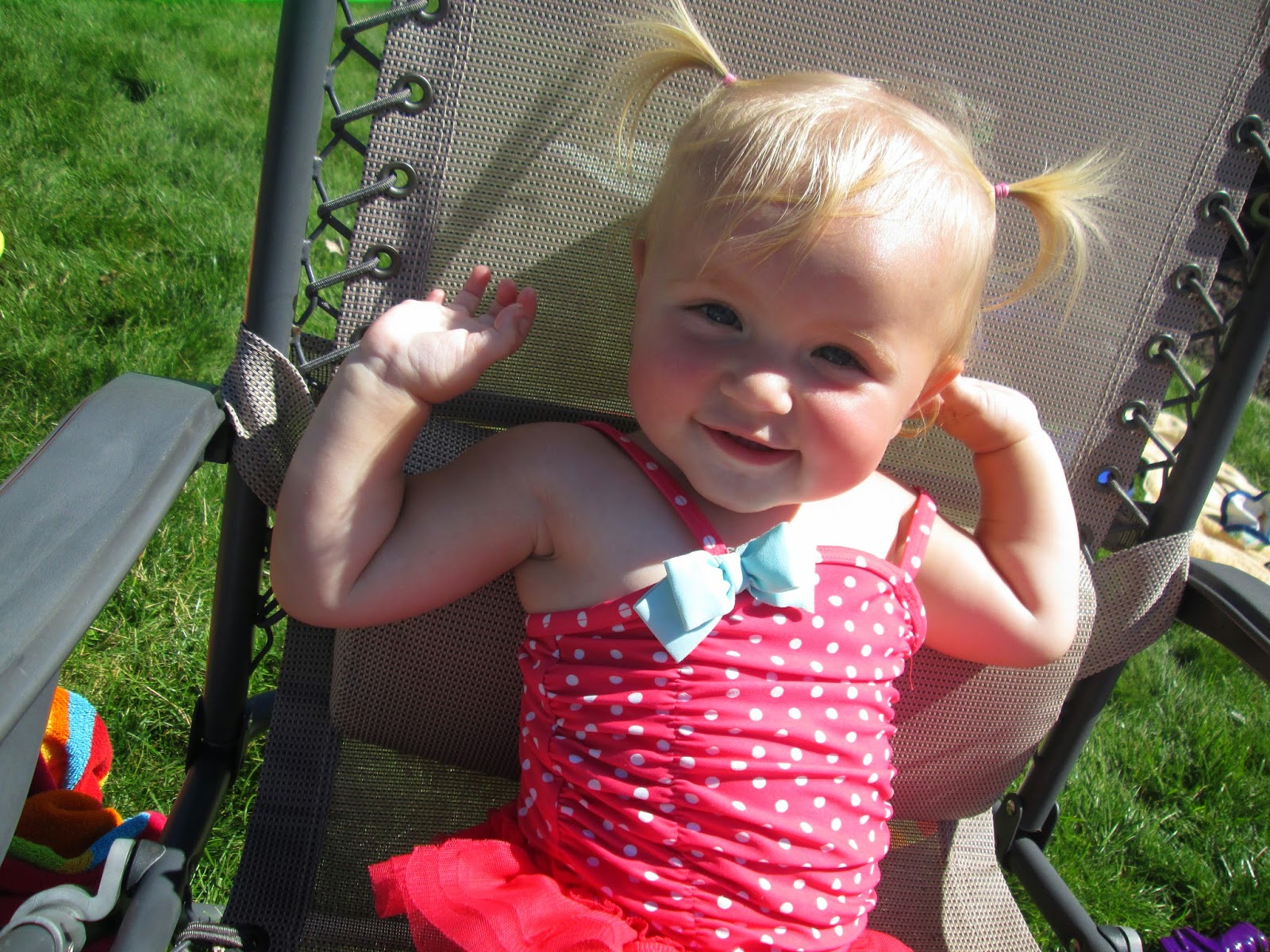 We broke the rules a little bit and shared cookies with everyone.  I bought them at Fred Meyer though.  I considered making some and then quickly kaboshed the idea out of fear of making everyone sick.

Livi very much enjoyed her cookies!  Yes, cookies.  She had two.  It's the end of summer, that's how we roll. 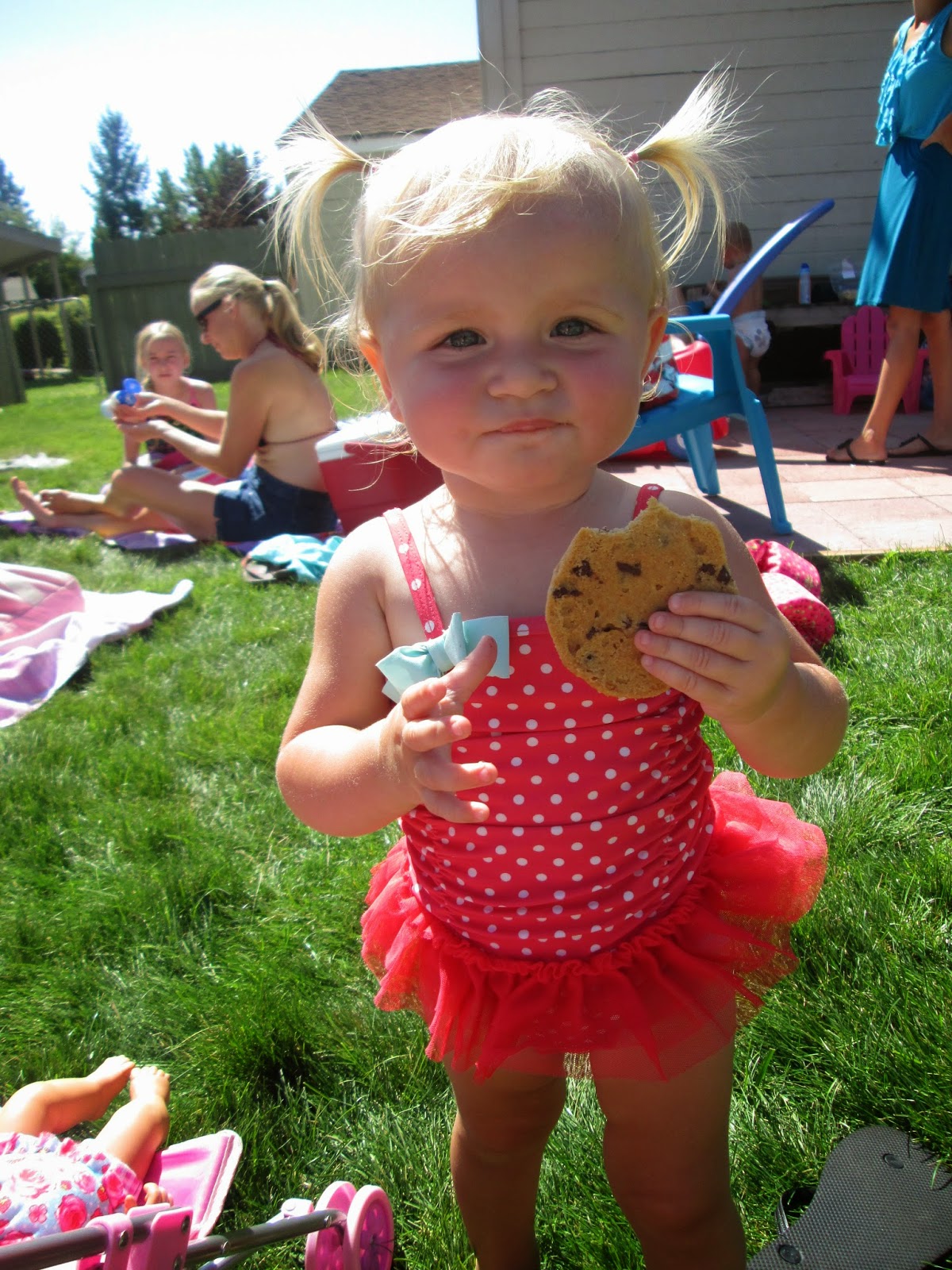 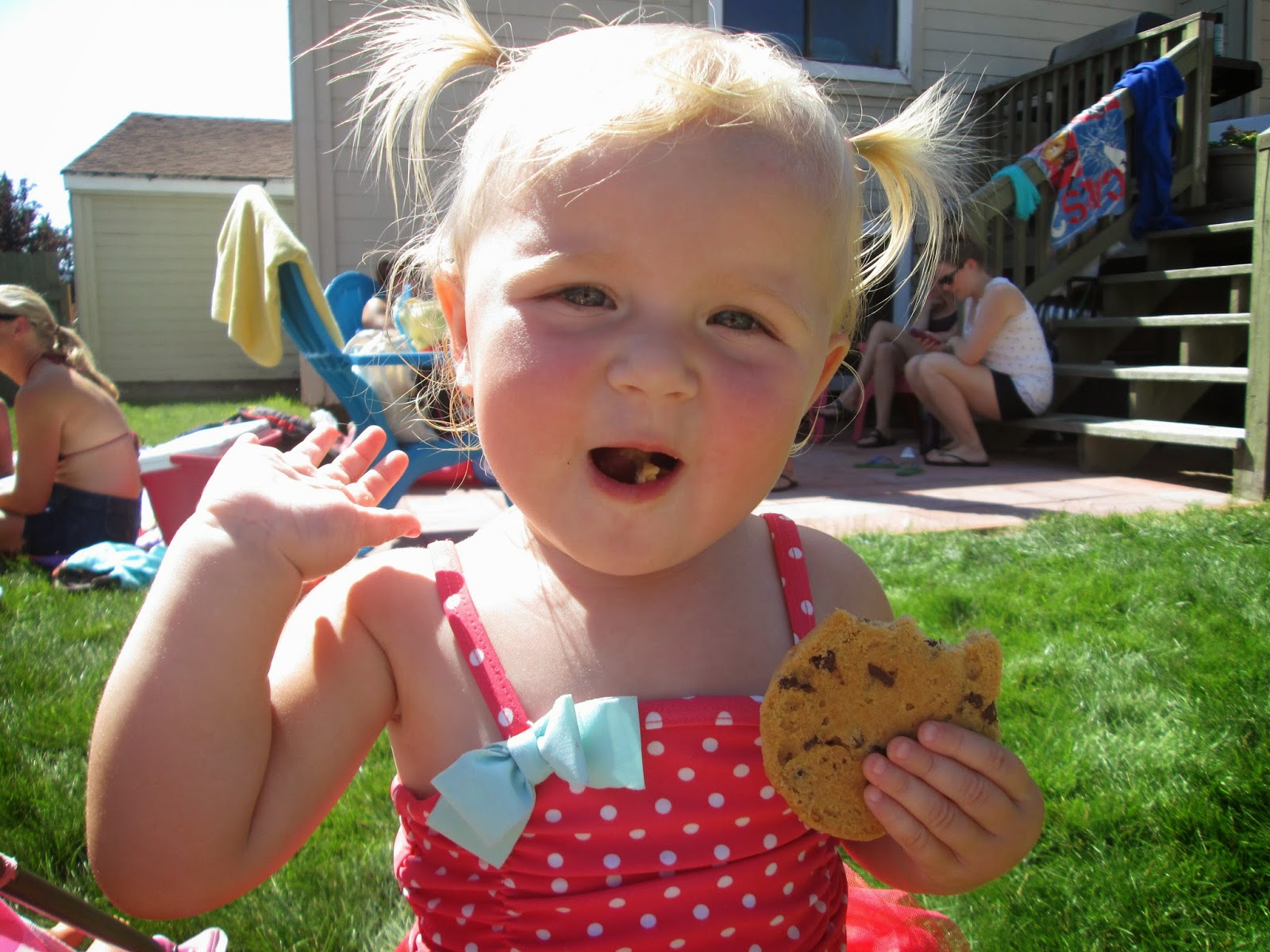 The whole group!  It only took a couple of shots and one location change!  But we're all in the photo!  I call that success!  It only cost me a couple of "if you want back in the pool you have to take a photo" and "if you smile I'll give you a cookie". 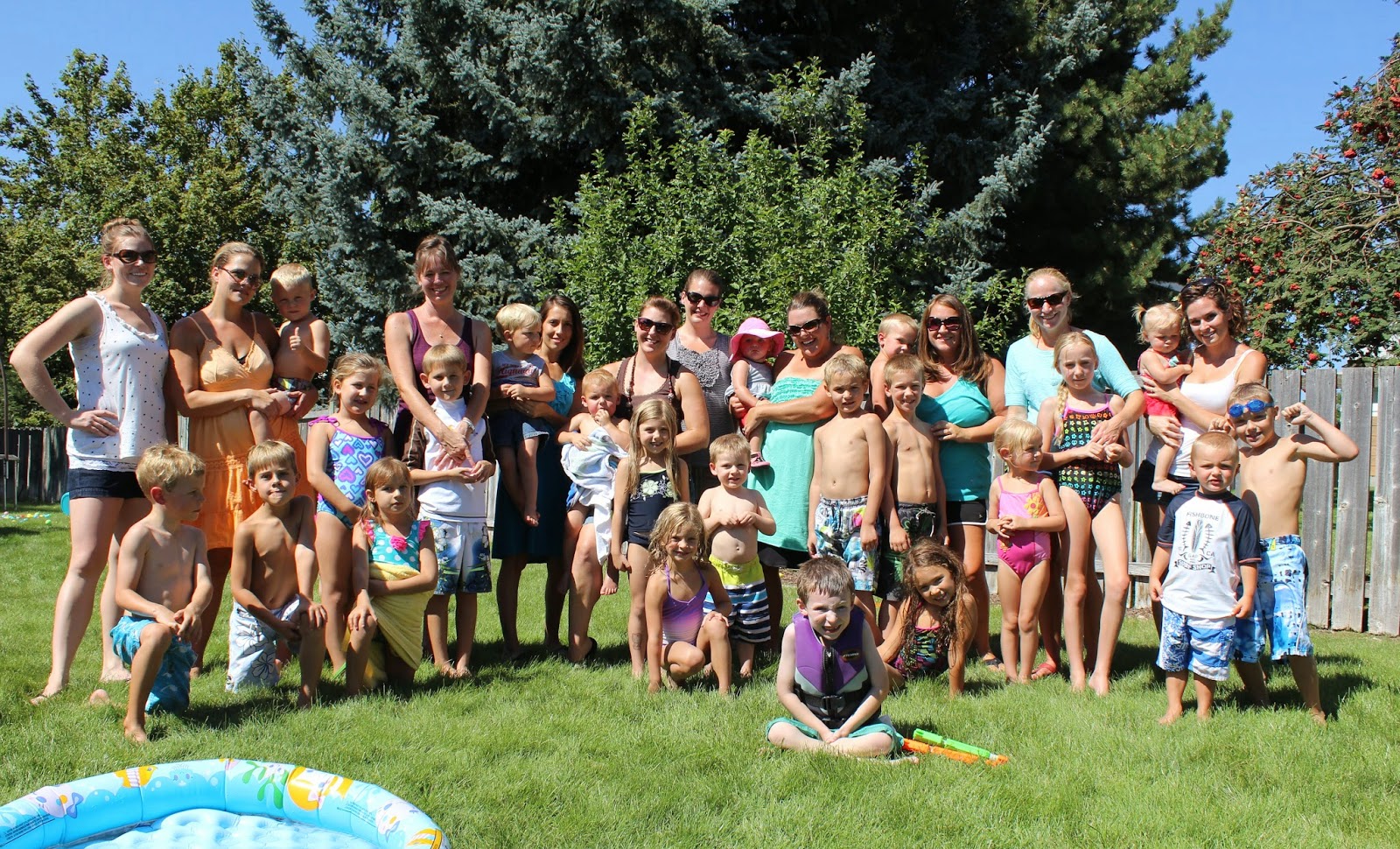 My little swimmer!  Preston bounced from the pool to the trampoline to the play room.  Trying to get a photo of him meant tracking him down and pulling him away from whatever he was busy doing! And then listening to him complain about how you don't need to take pictures.  Jeez Mom! 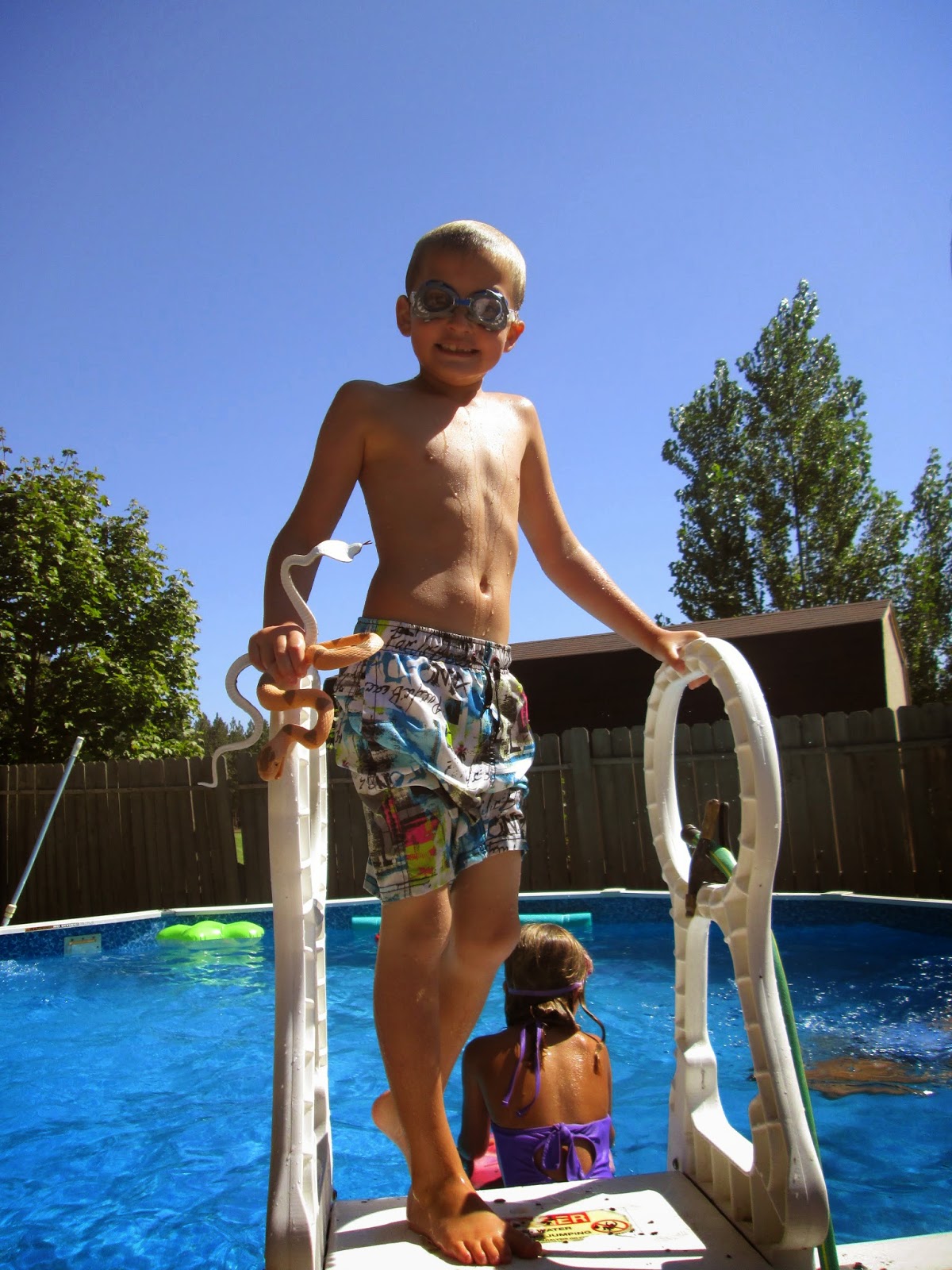 These two girls are only six days apart!  And have known each other since we were pregnant with them!  Trying to get a photo of the two of them together was nearly impossible since they both kept trying to run back to their Mamas.  The otter-pops helped! 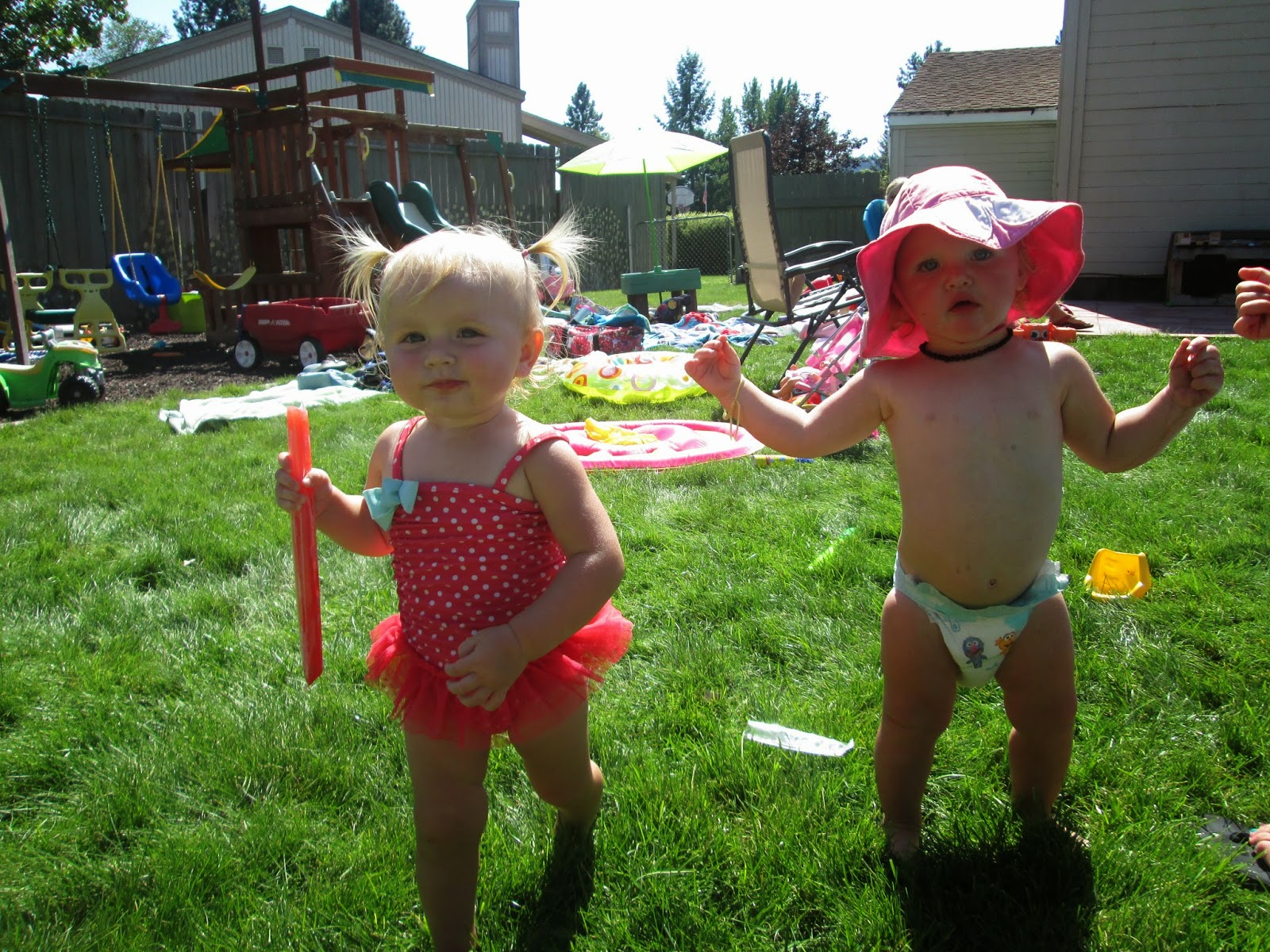 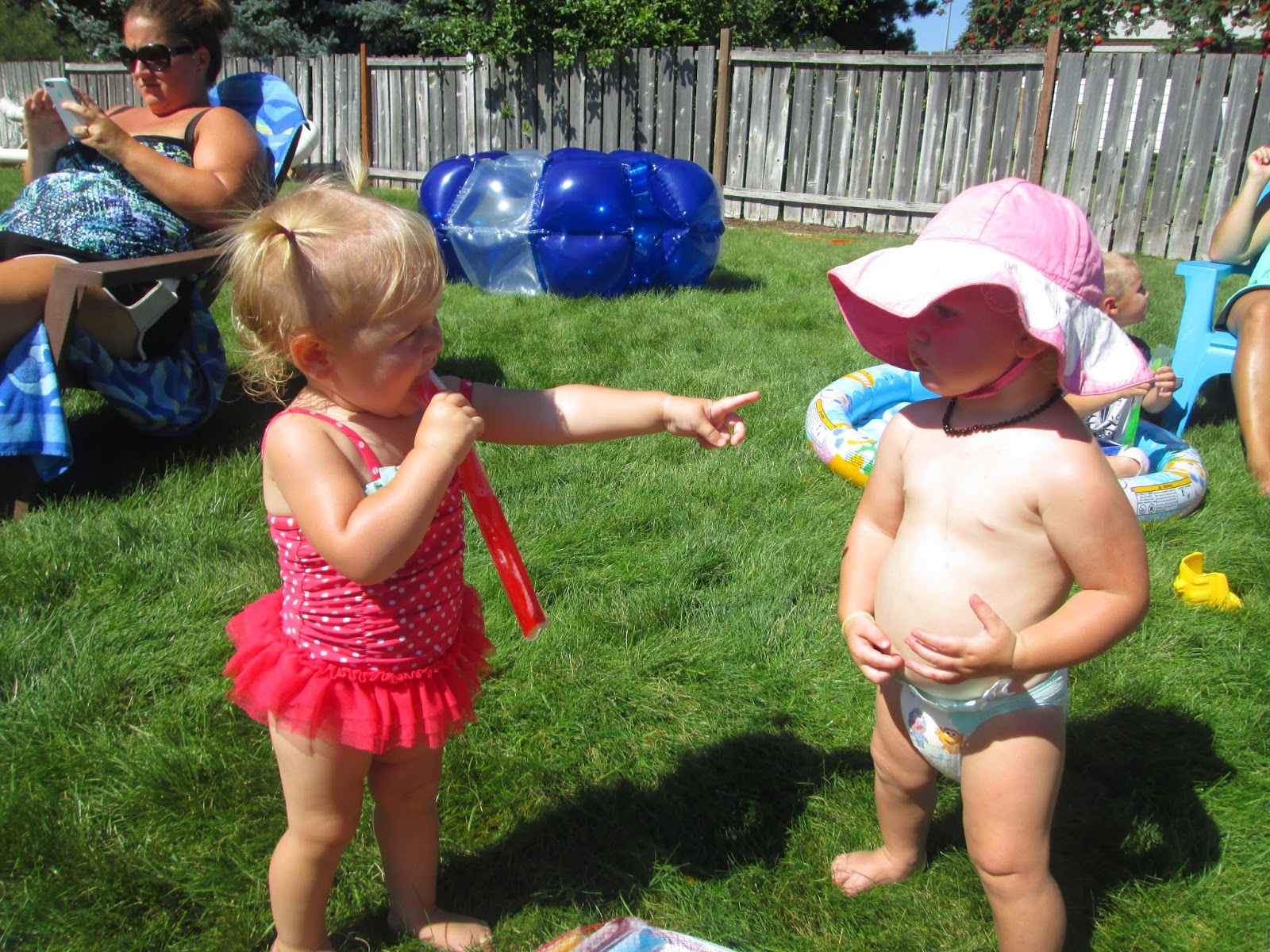 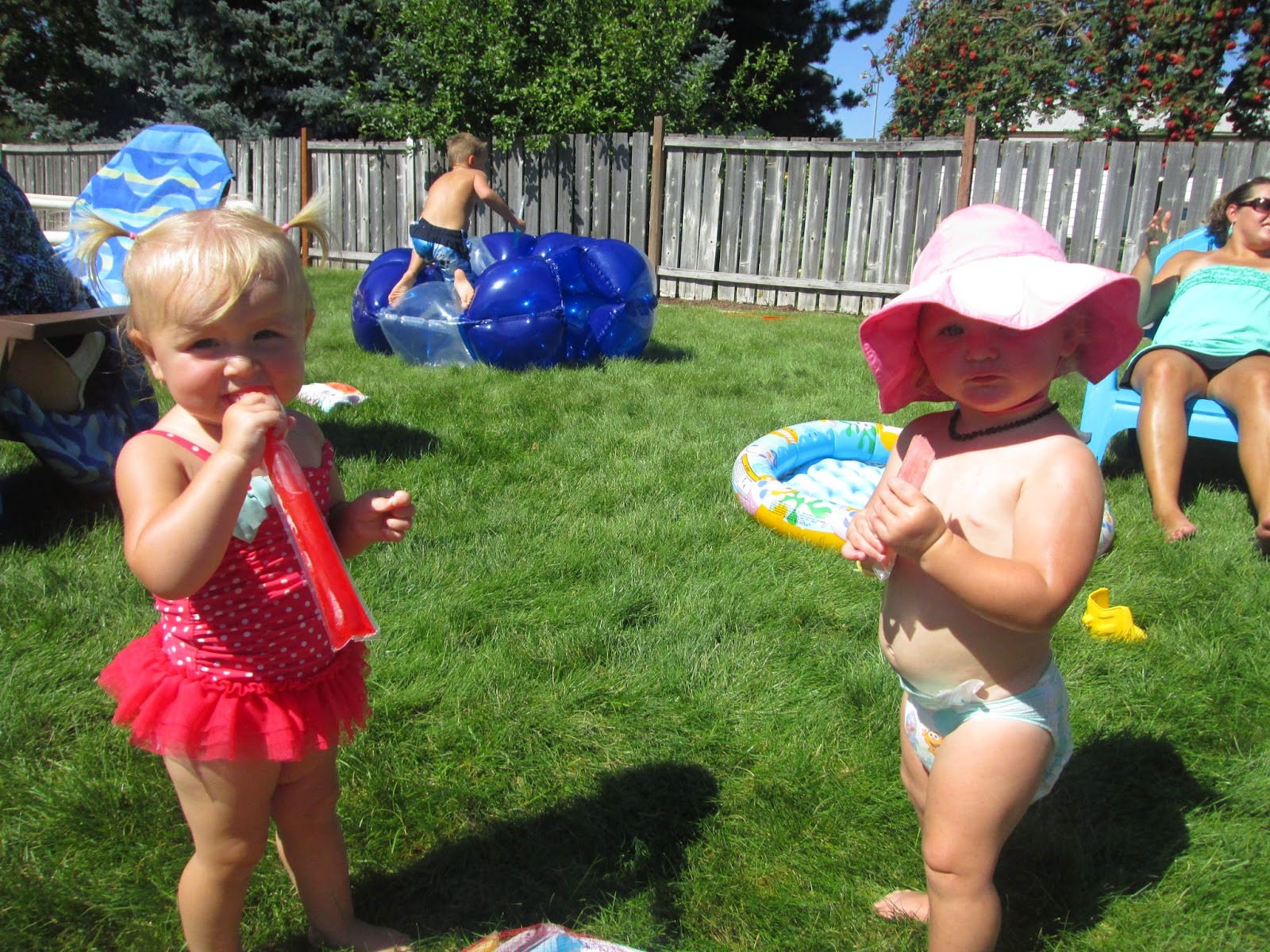 My littles enjoying their otter-pops! 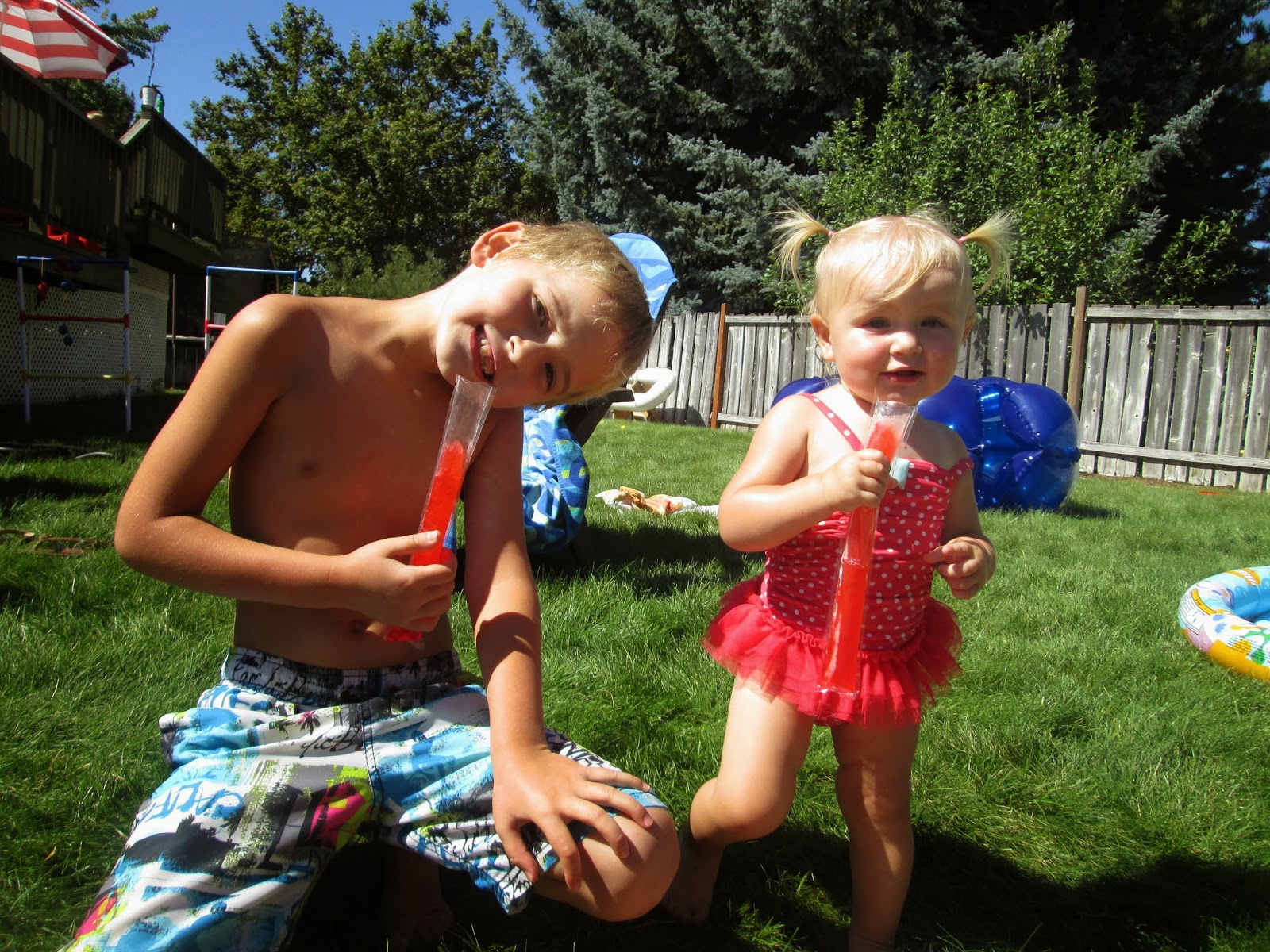 Liv loved hers!  But only when I gave her a whole one.  I tried giving her a half and she wanted nothing to do with it. 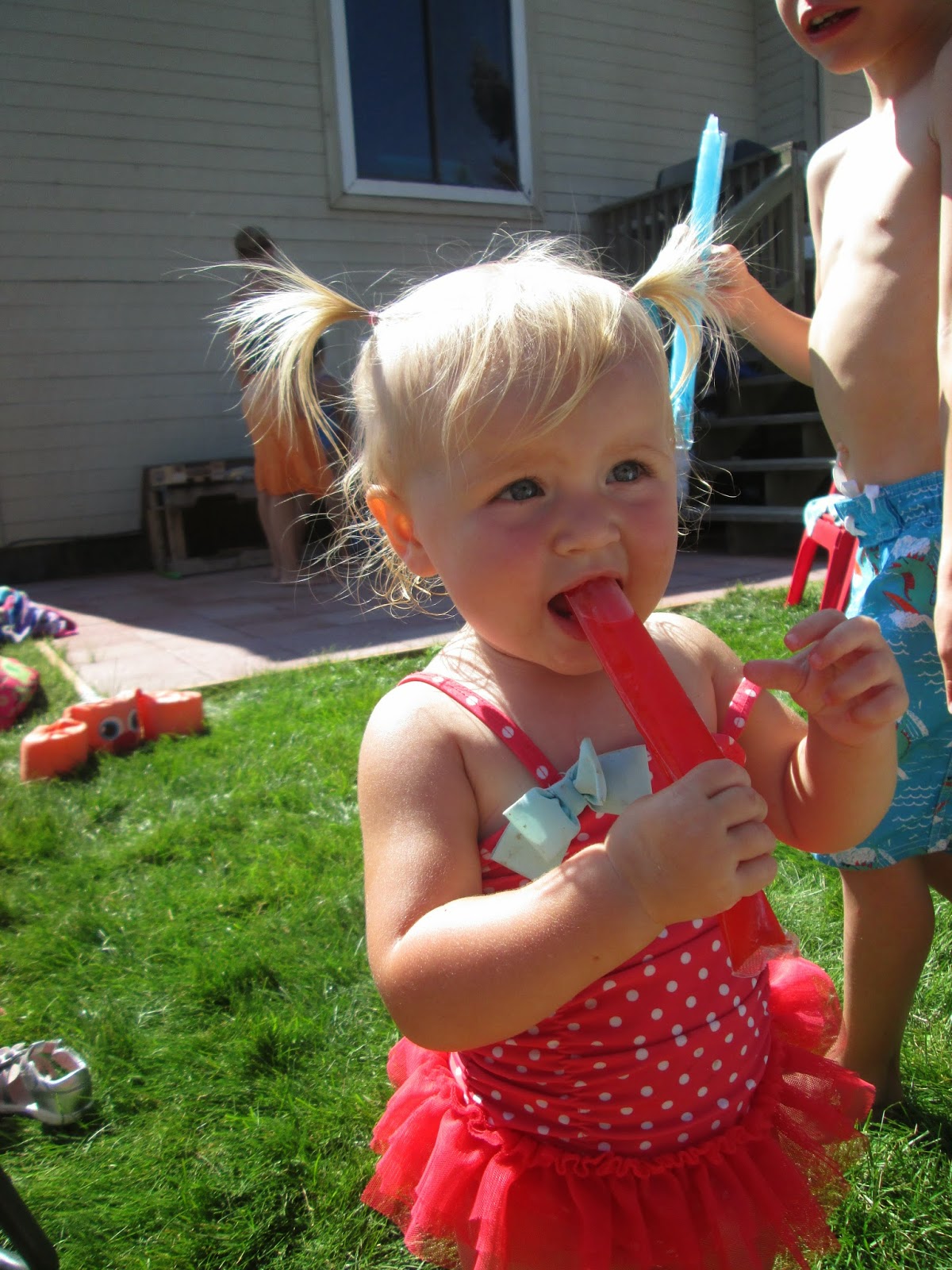 I looked up and saw Preston had taken his otter-pop and hopped in the pool to float around with it.  It's a rough life. 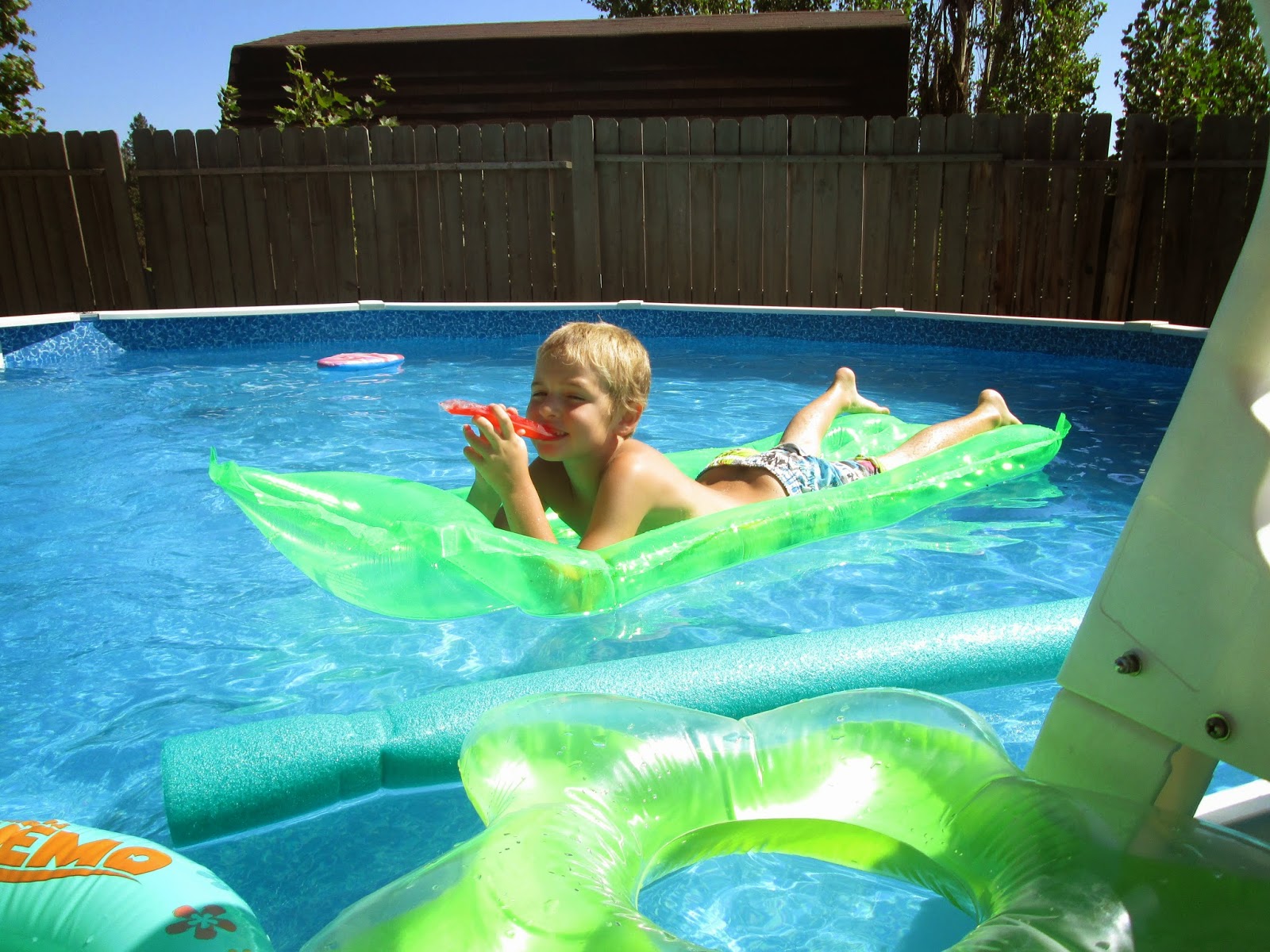 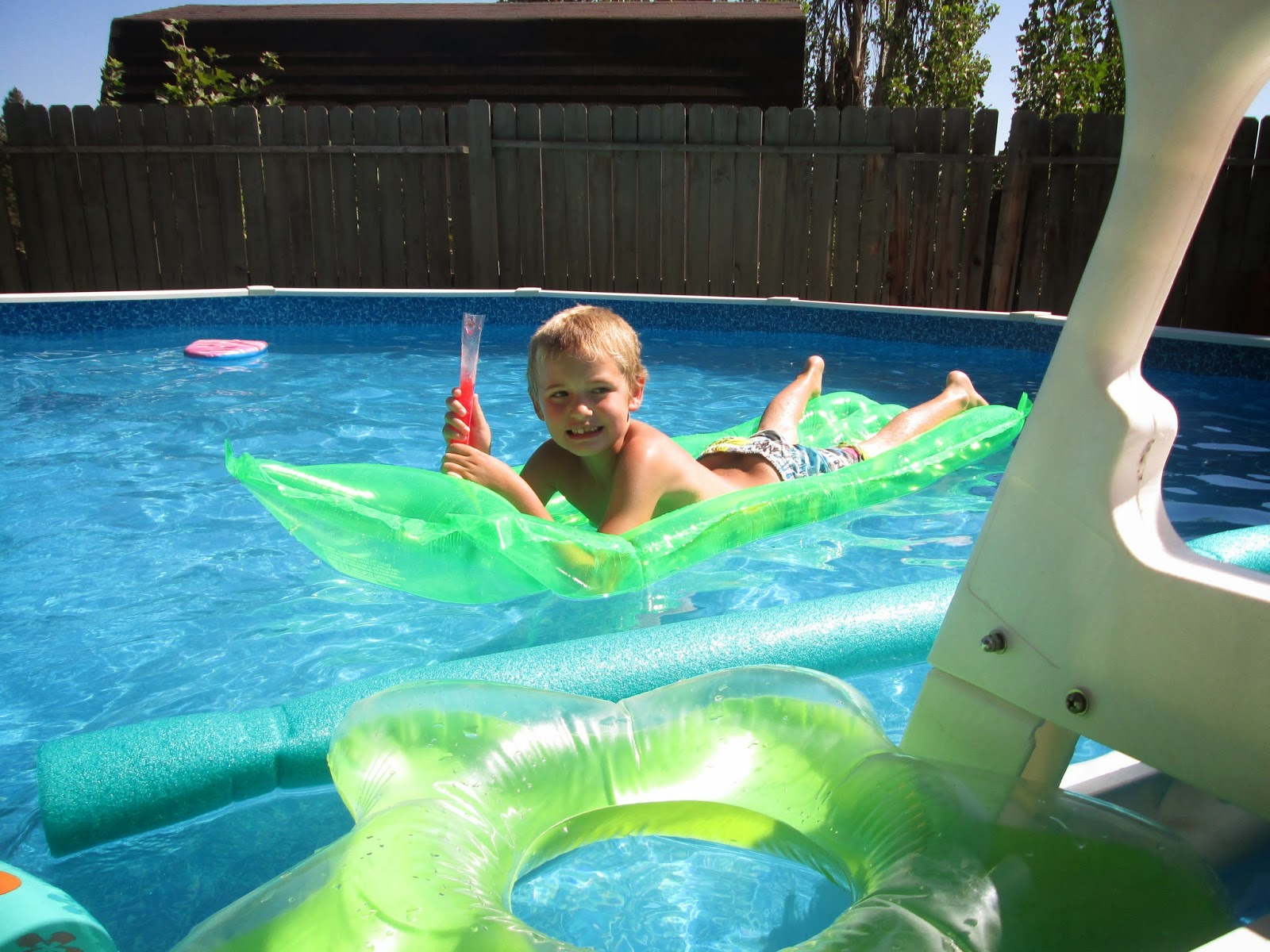 I told the kids no otter-pops in the pool after having Preston hop out and Nathan let me know that he was pool security! 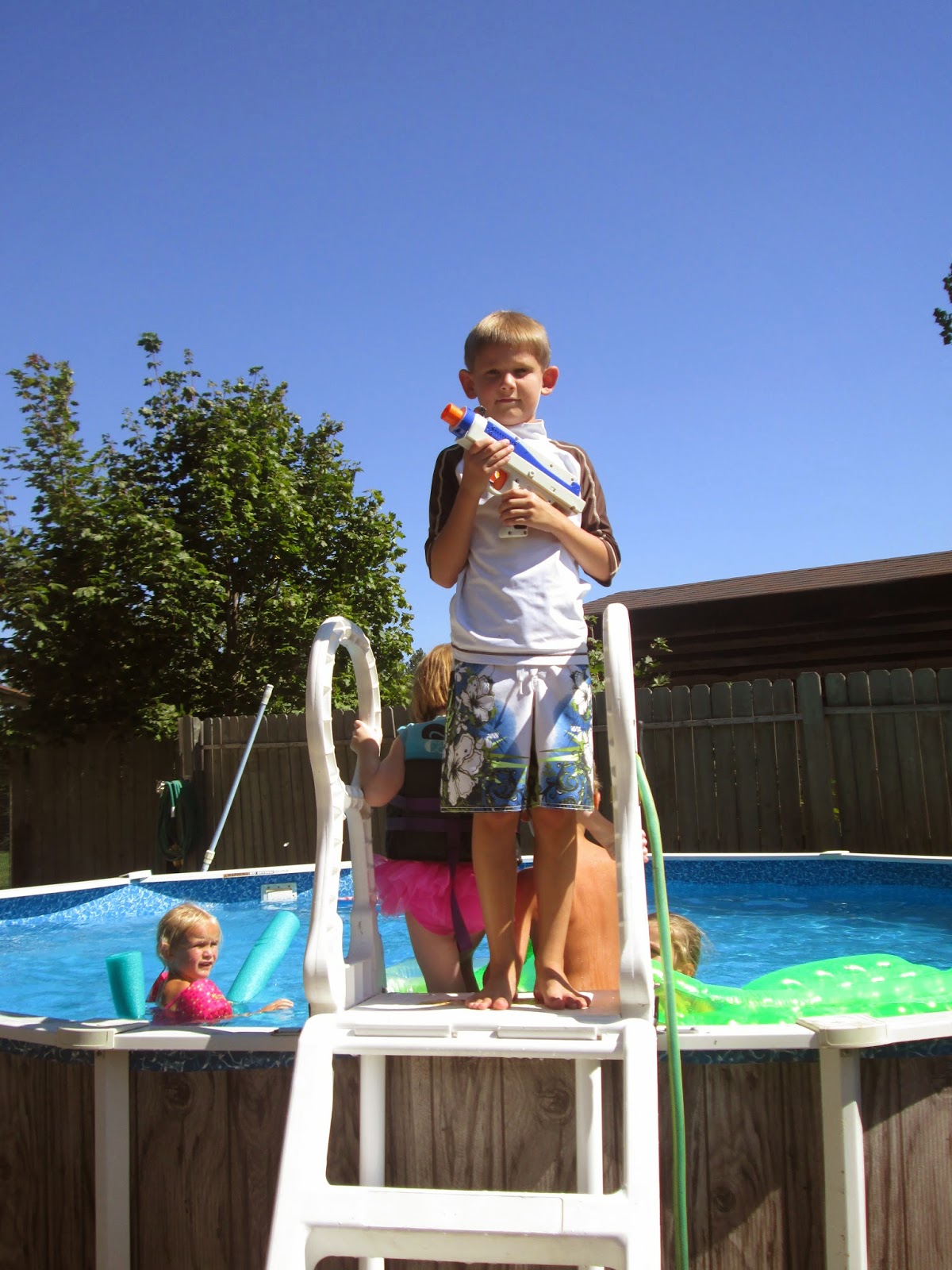 These three boys have been friends since they were itty babies!  I might have made them take a photo together so that I could side by side it with one from when they were smaller! 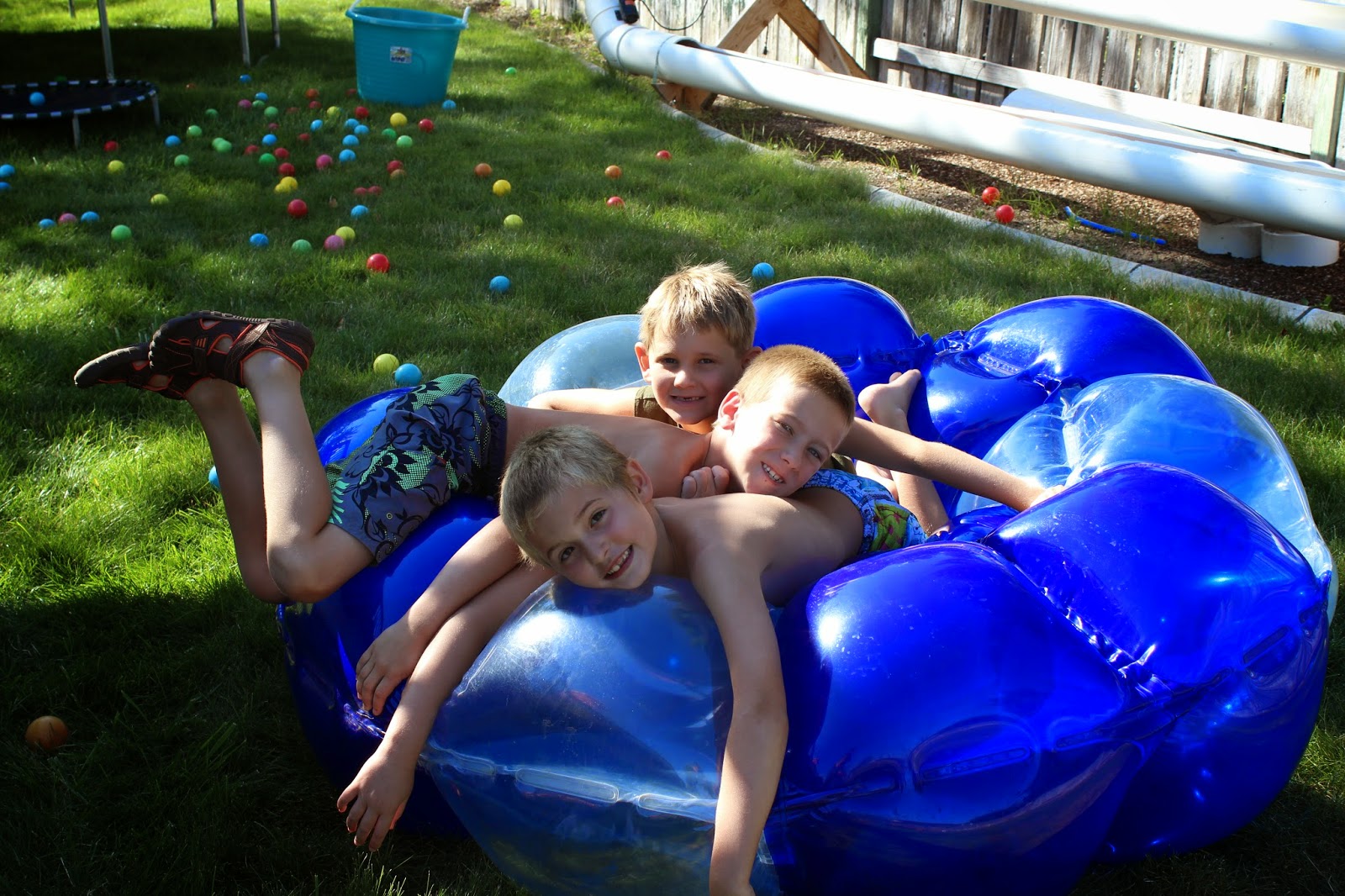 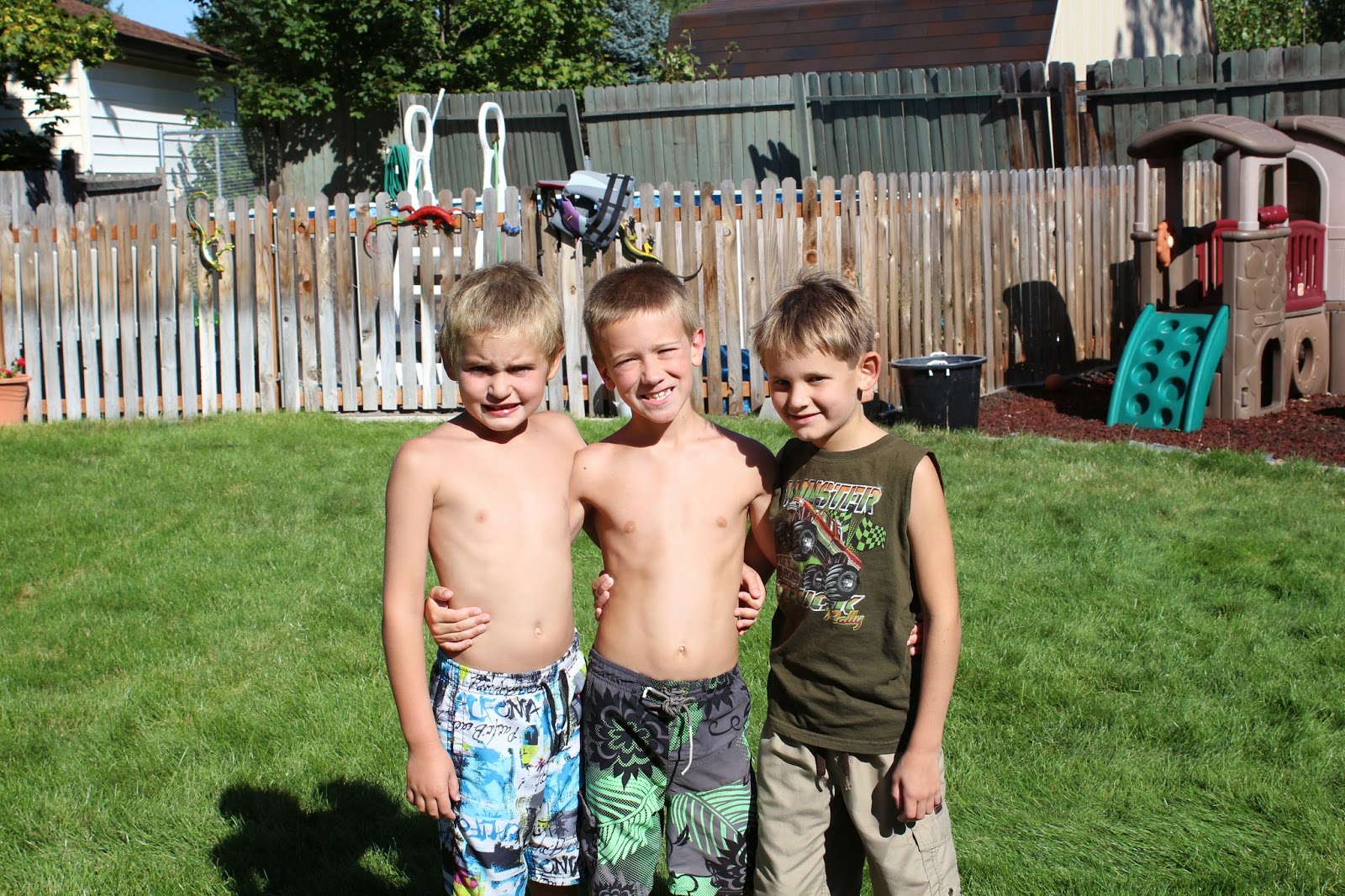 I'm not sure I have one of us three with our boys from back when it was just them to side by side with but just in case, I wanted a photo.  Our lives have changed so much! 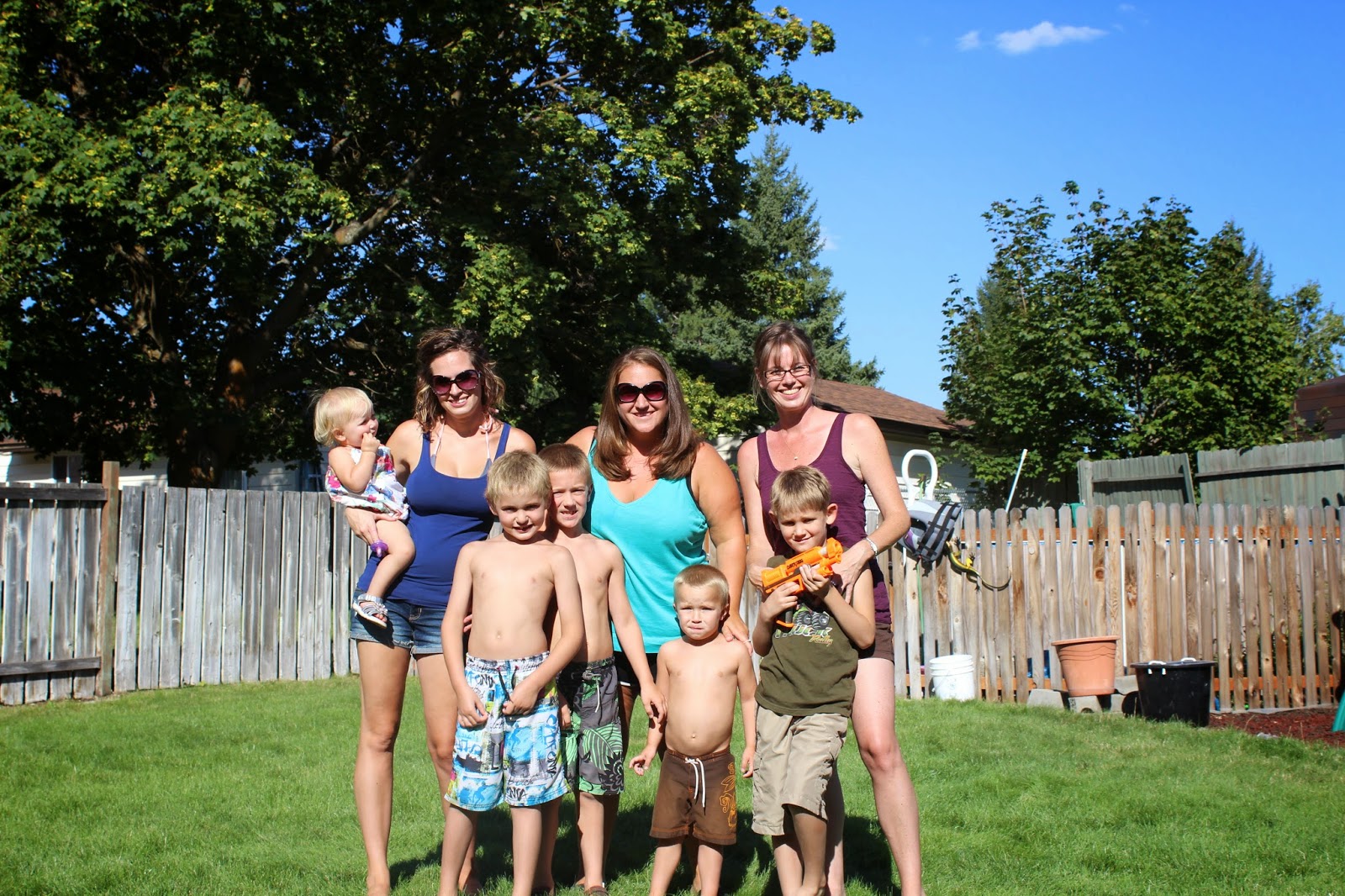 I am so not ready for summer to end! But if it was to go at least we were able to get in one last hurrah with our friends! I am so incredibly thankful to be able to call this entire group of women my friends! And to have all of them and their kids in our lives!