A rainy summer day was the perfect day to play at Chuck E Cheese!  Plus summer is almost over and then Preston will be in school allllllll day long and we like Chuck E Cheese during the day when no one else is there!

Olivia was a little bit overwhelmed at first but Preston and I were determined to show her how awesome this place is!  Starting with the rides! 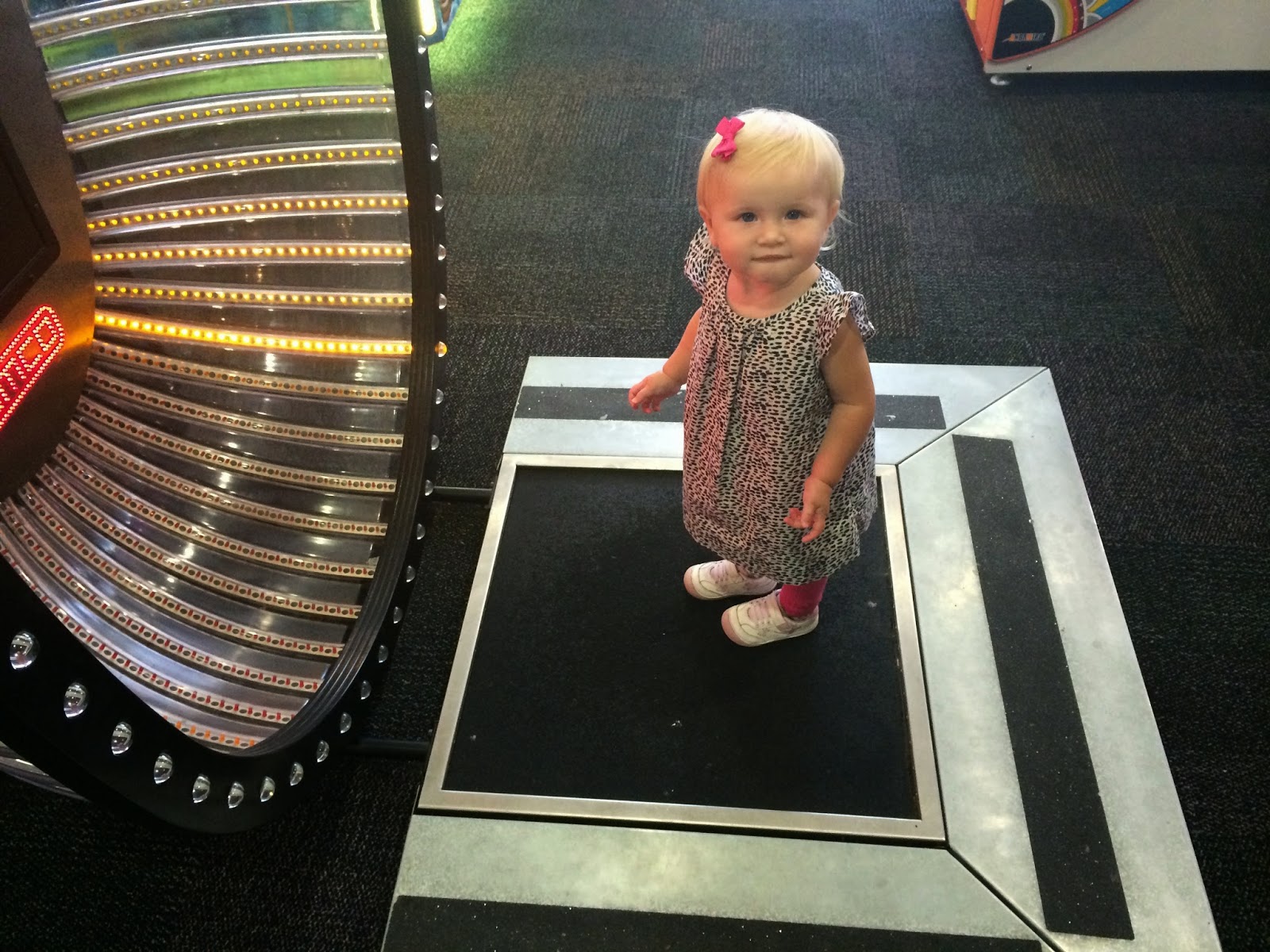 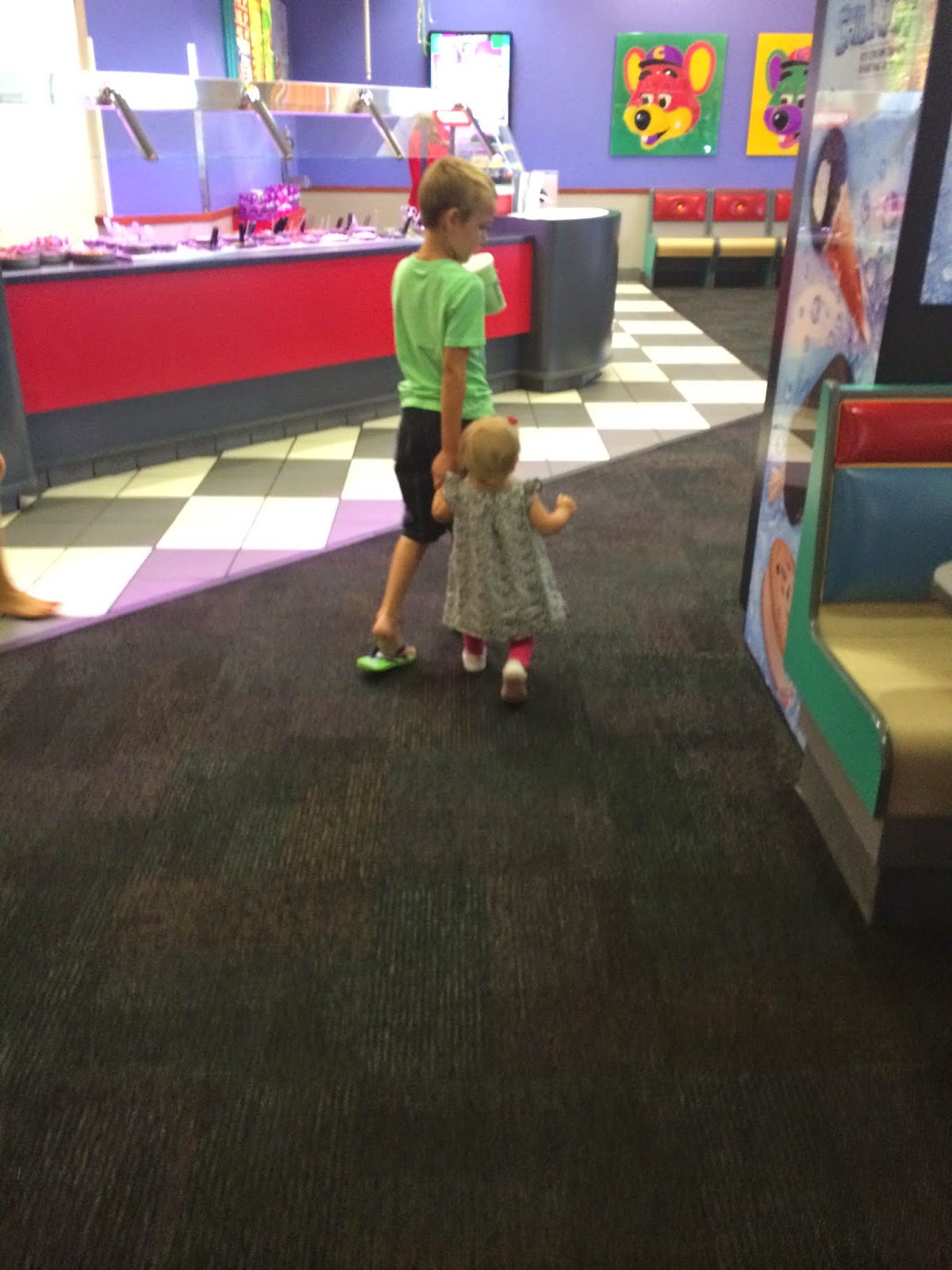 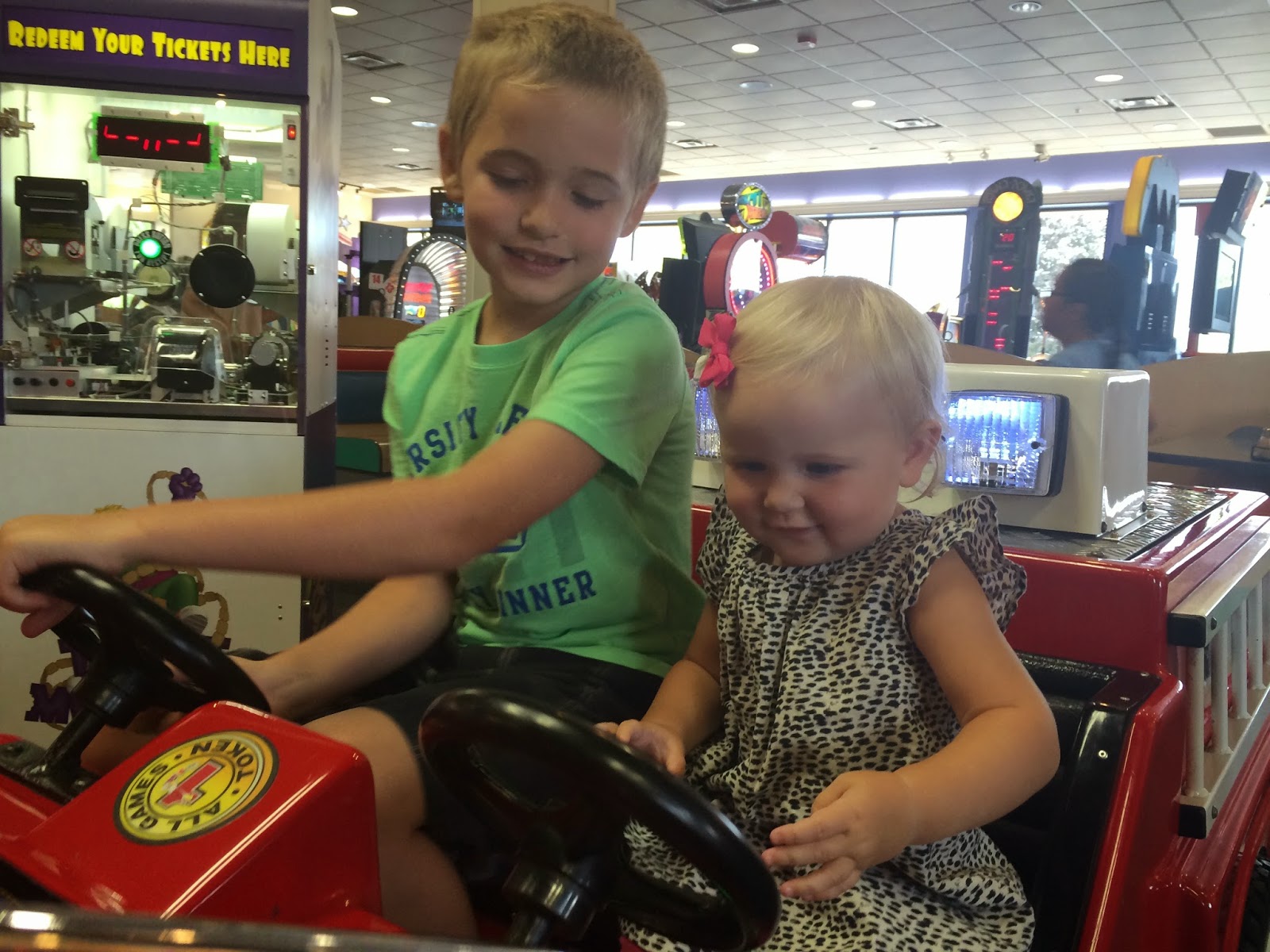 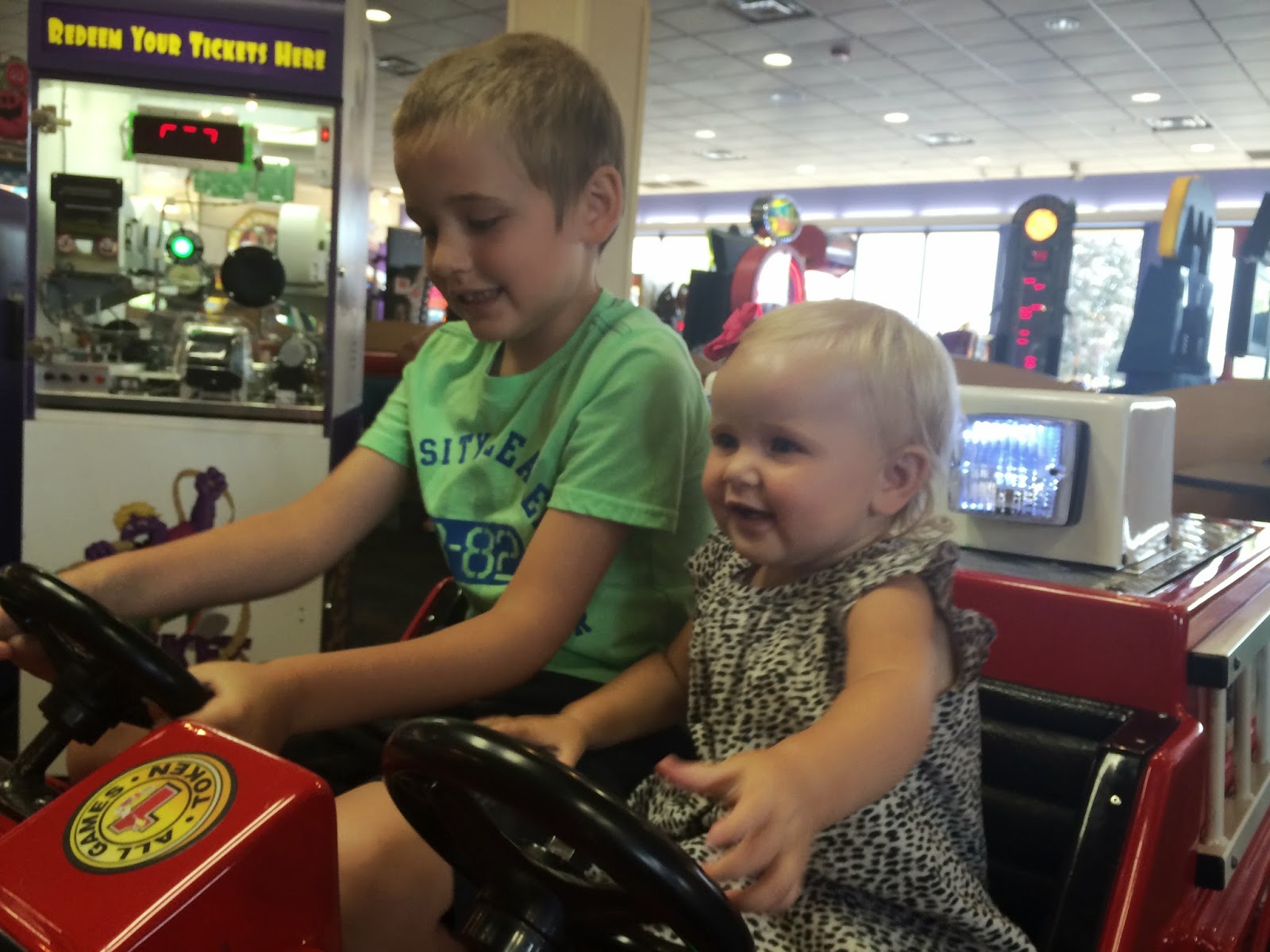 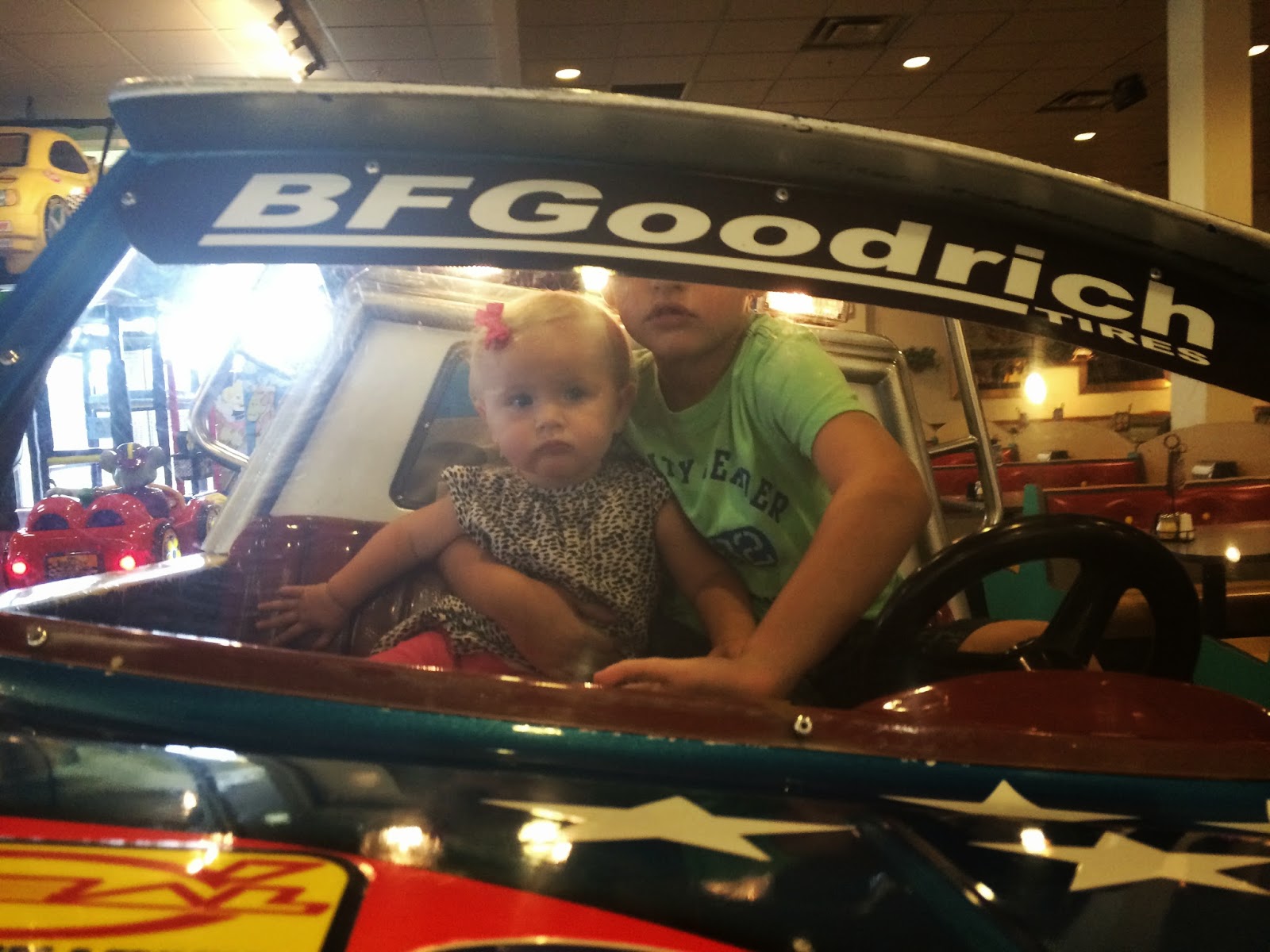 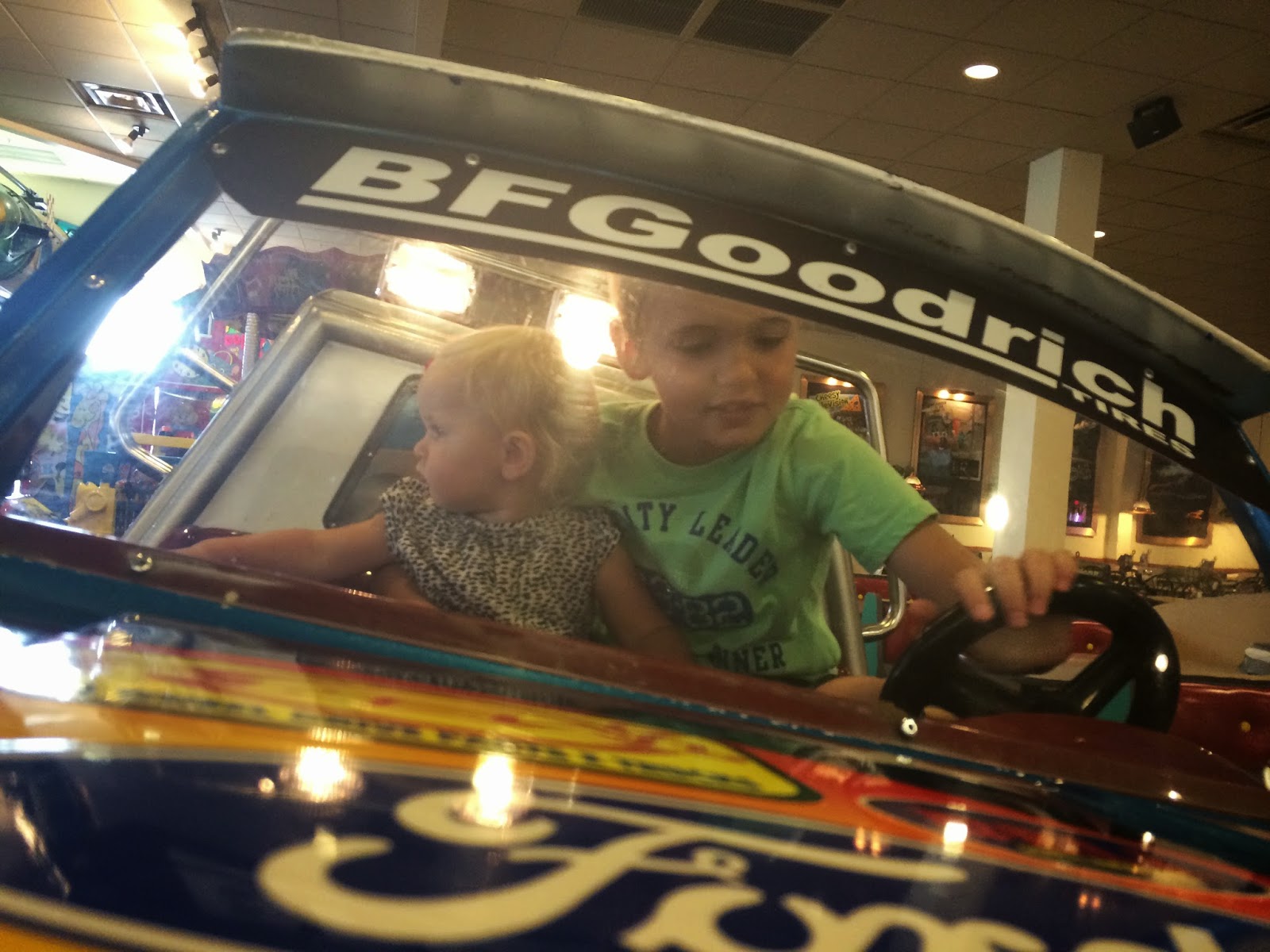 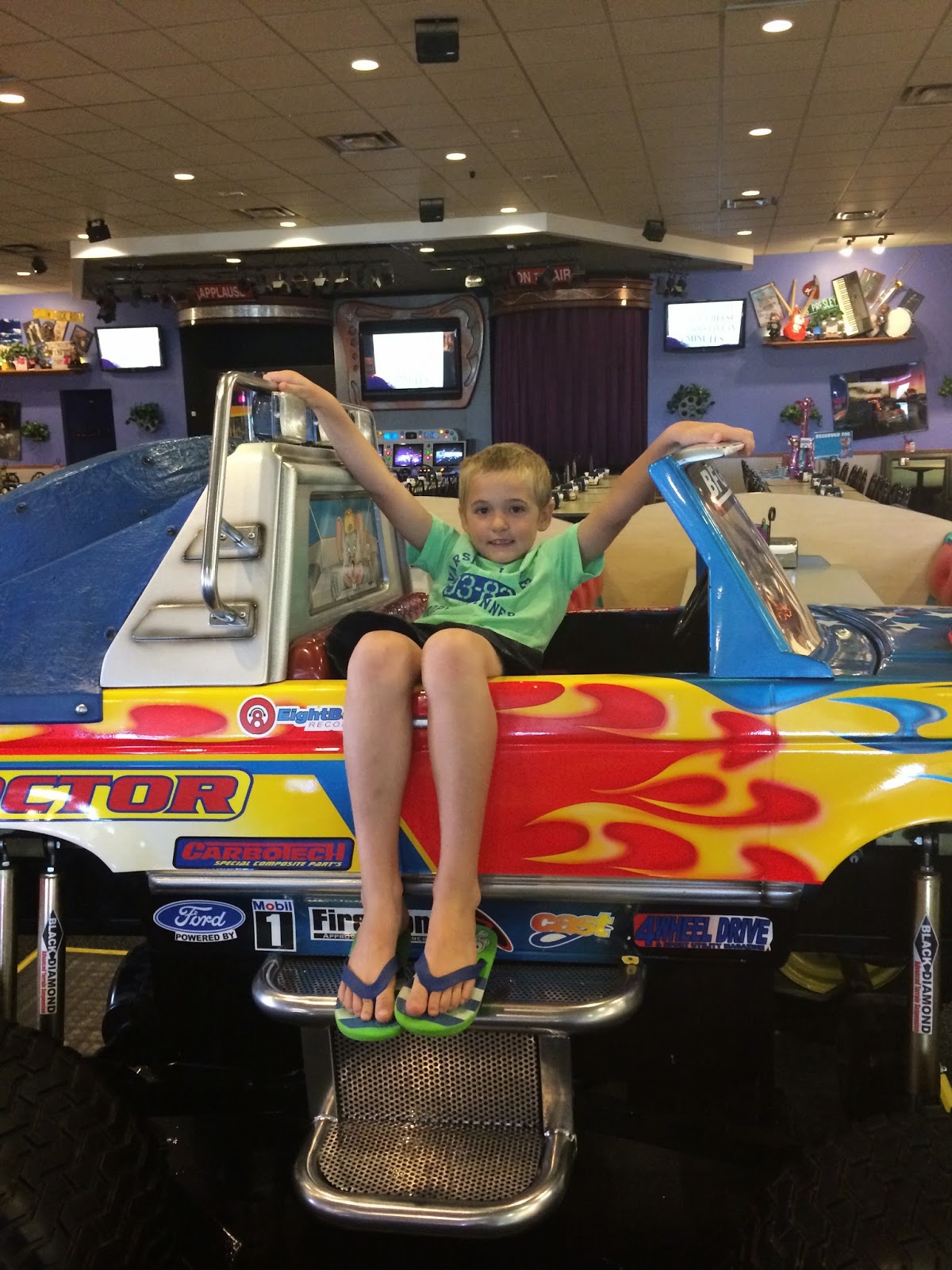 She seemed to like them!  Except the truck.  That thing is crazy and she did not love it!  Preston did though!

Then Chuck E came out and while Olivia didn't think he was the greatest thing ever she wasn't terrified so I called it a win.  Preston knows the drill and you follow Chuck E for some dancing and then he throws out free tickets!  What! 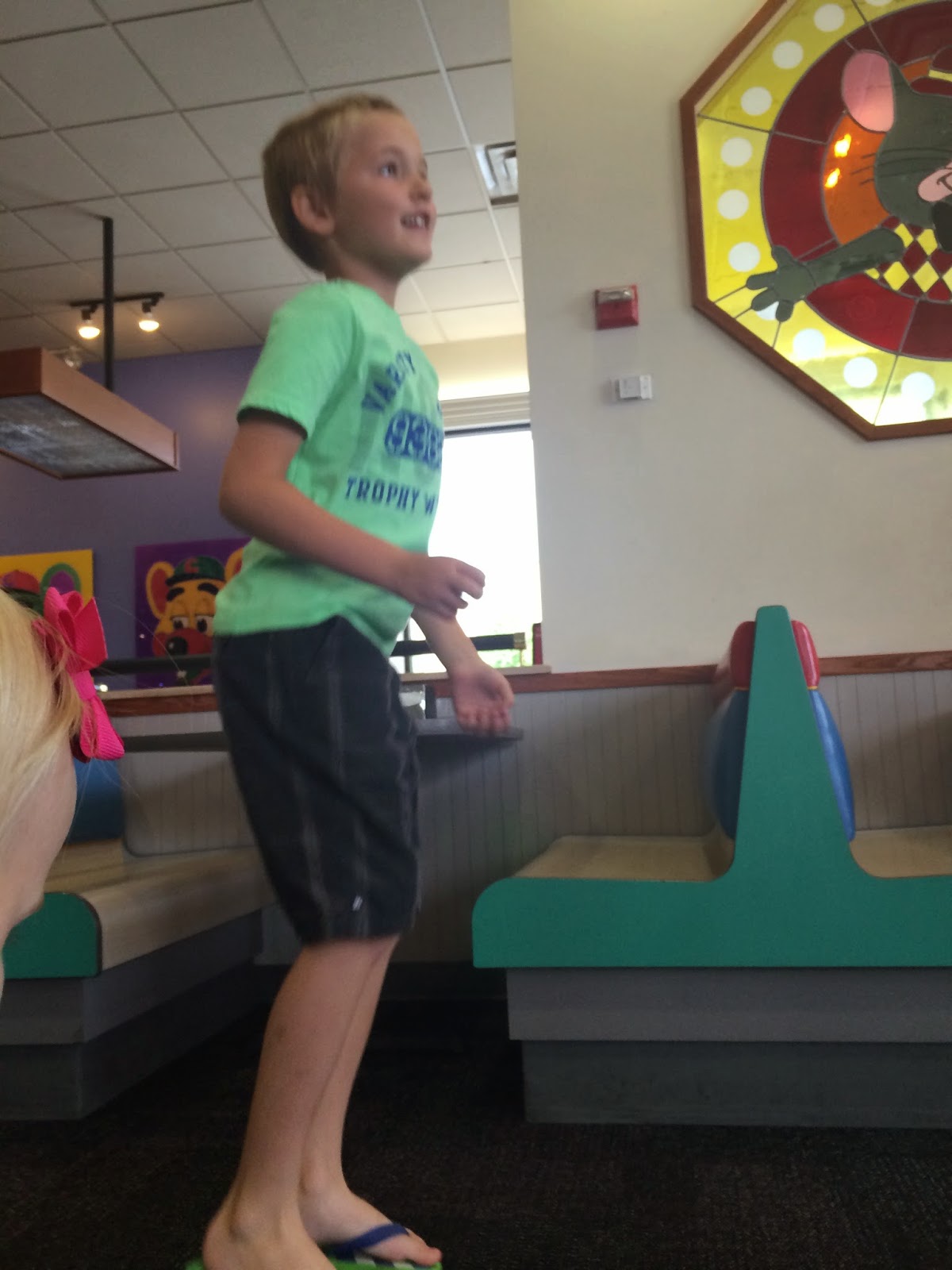 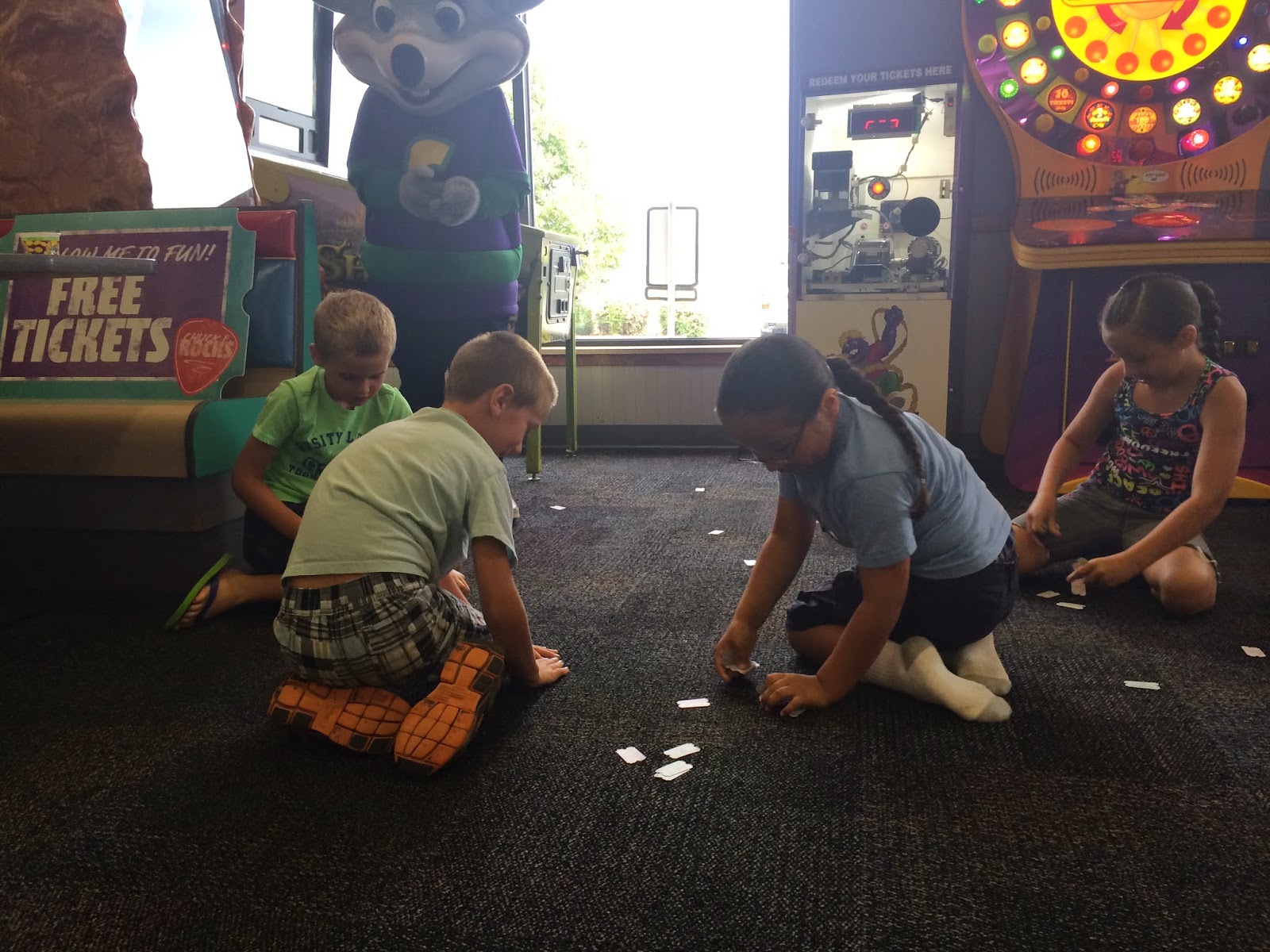 Livs saw Preston playing this game and just had to play too!  When she couldn't reach we grabbed her a high chair to stand on! 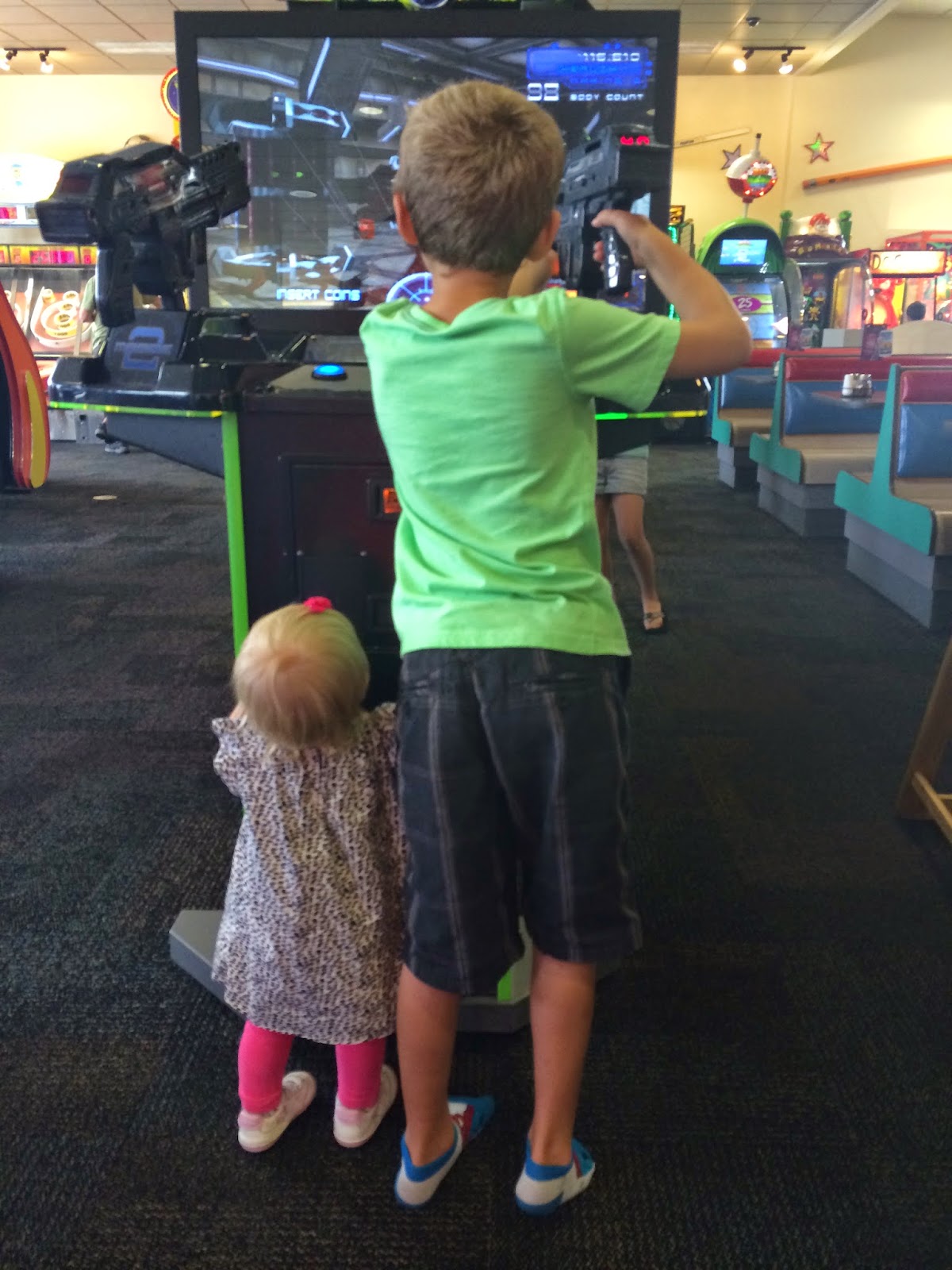 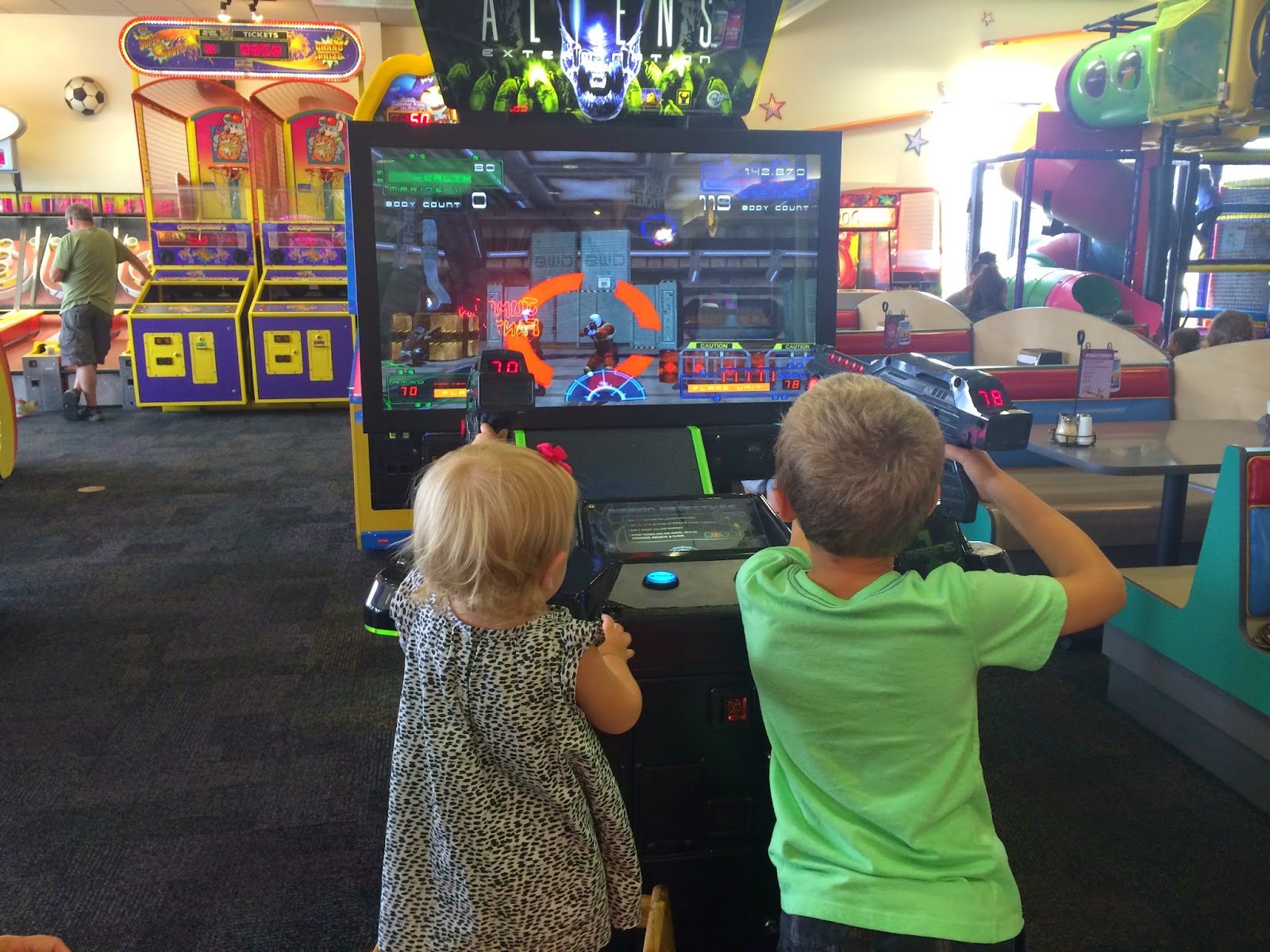 Teacups!  I swear she was having fun.  No really she was.  She just wouldn't smile.  Even though she kept insisting that she had to ride it over and over. 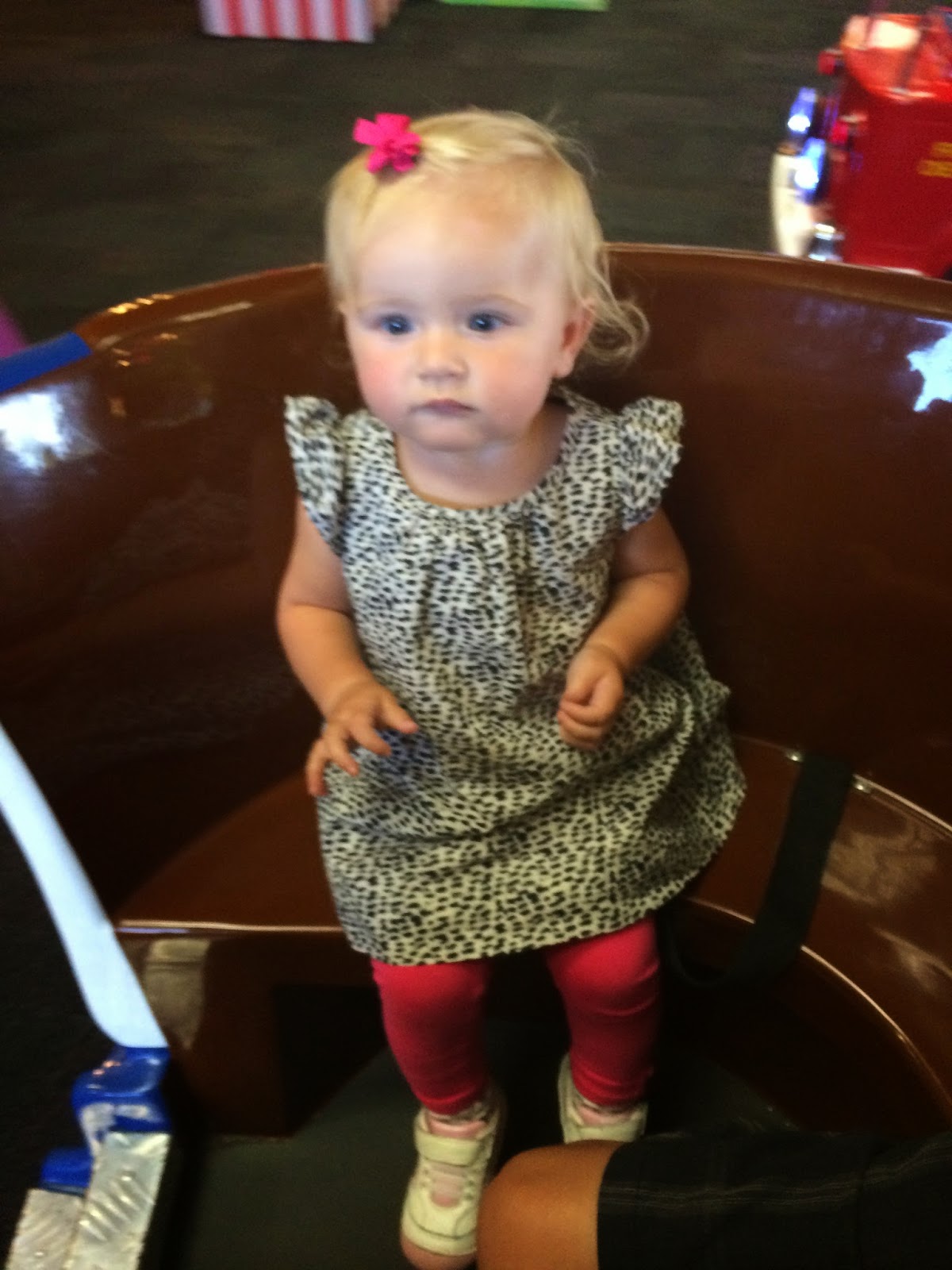 These four!  Best kids to spend a rainy afternoon at Chuck E Cheese with! 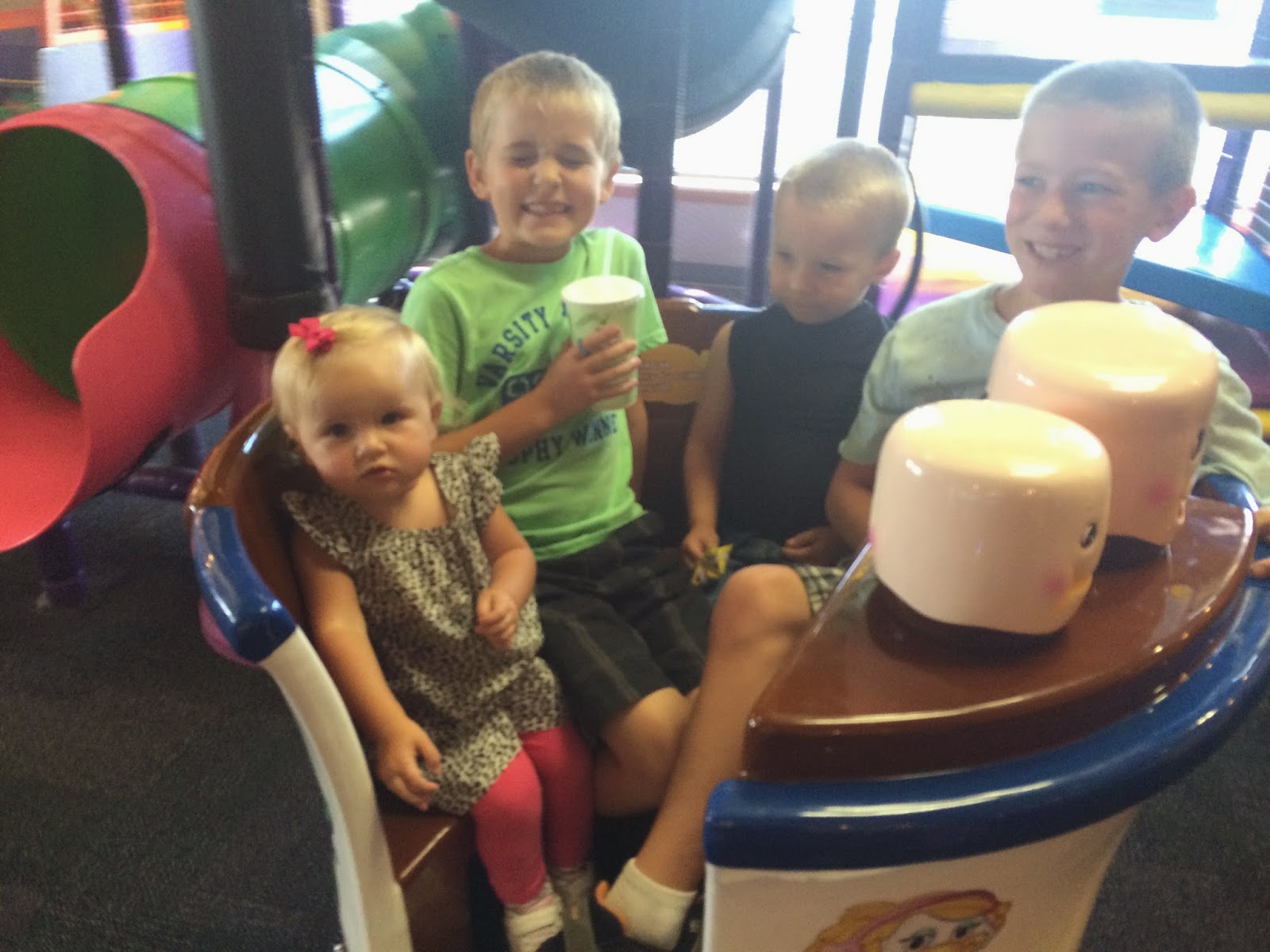 Now that Olivia is hooked too, I think we'll be back!