Summer is in full swing around these parts! It's hot. The sun is out. Our A/C is on.  And the pool is up and running. We are ready!

Brad's working close to home these days.  Like five minutes away.  It's awesome.  Last week we met him for lunch.  In the middle of the day.  On a work day.  That never happens.  Even more exciting after he was out of town Monday through Friday for a year and a half!

Then today I brought him coffee because I'm an awesome wife.  And then a bag of ice because it's hot out and his water was all warm by ten this morning.  I should get a best wife award.  Because duh.

We had friends over to play today.  It's amazing how much faster the day flies by when we're with friends!

We had lunch.  Then swam and played outside! 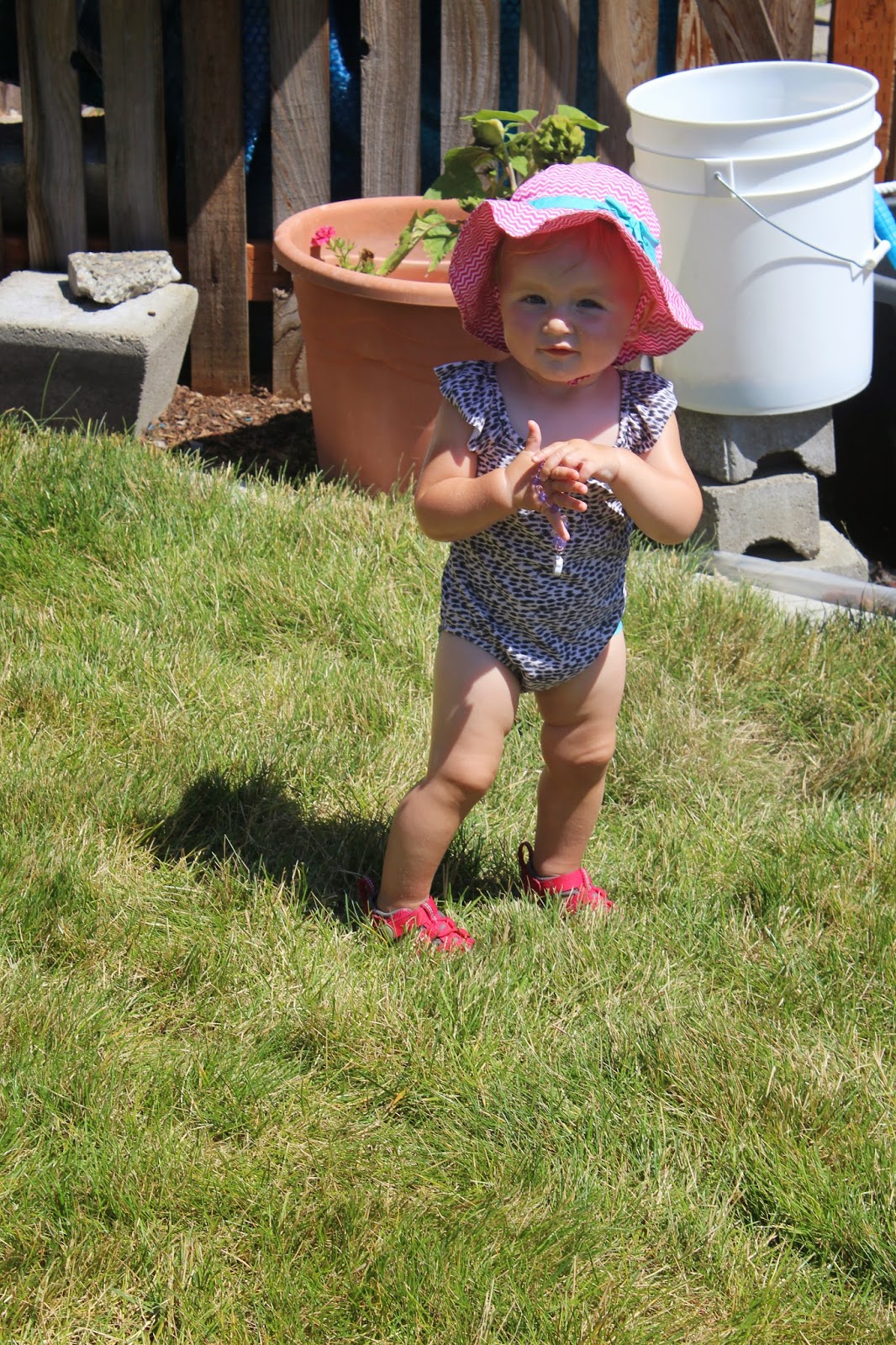 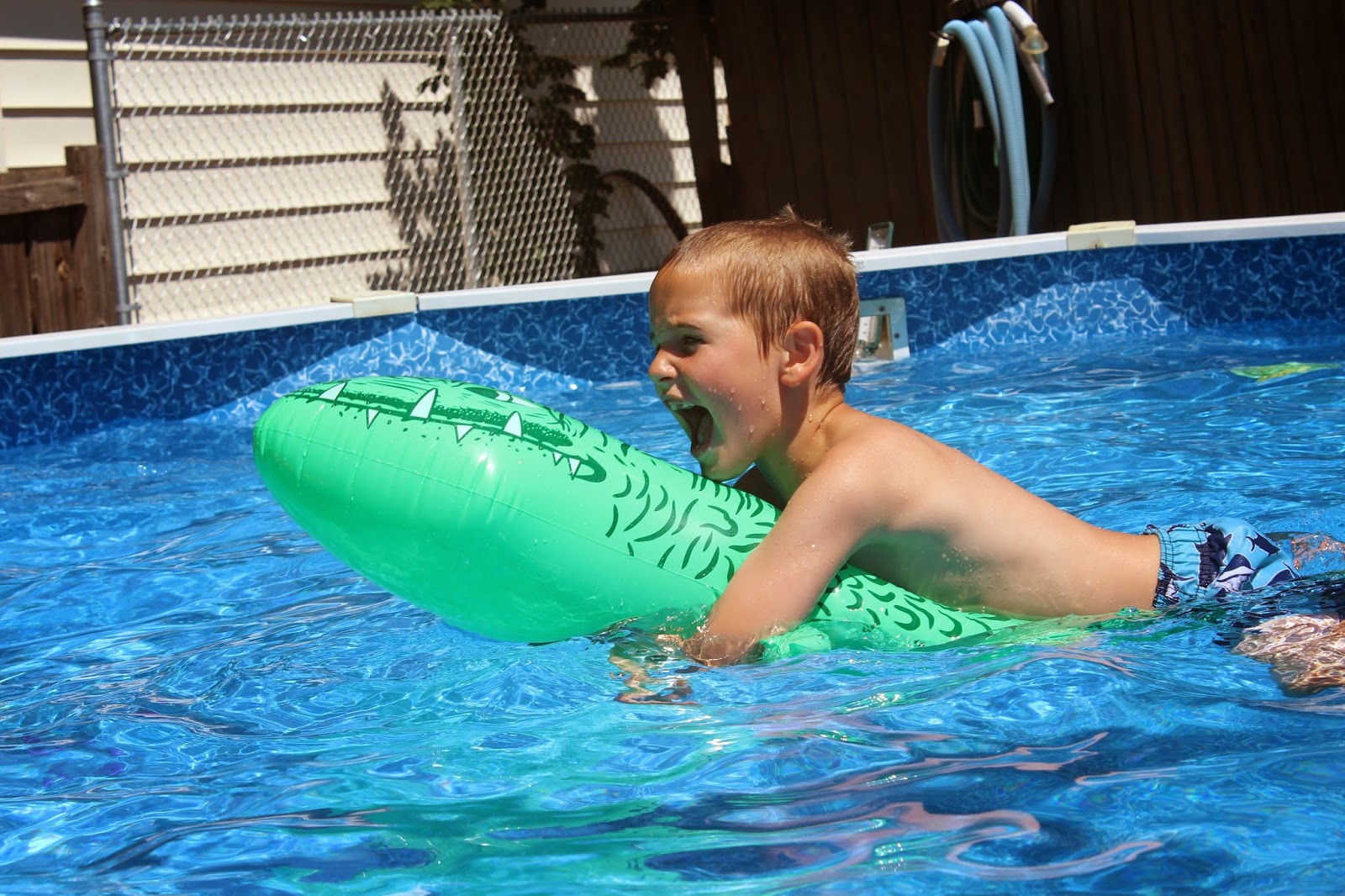 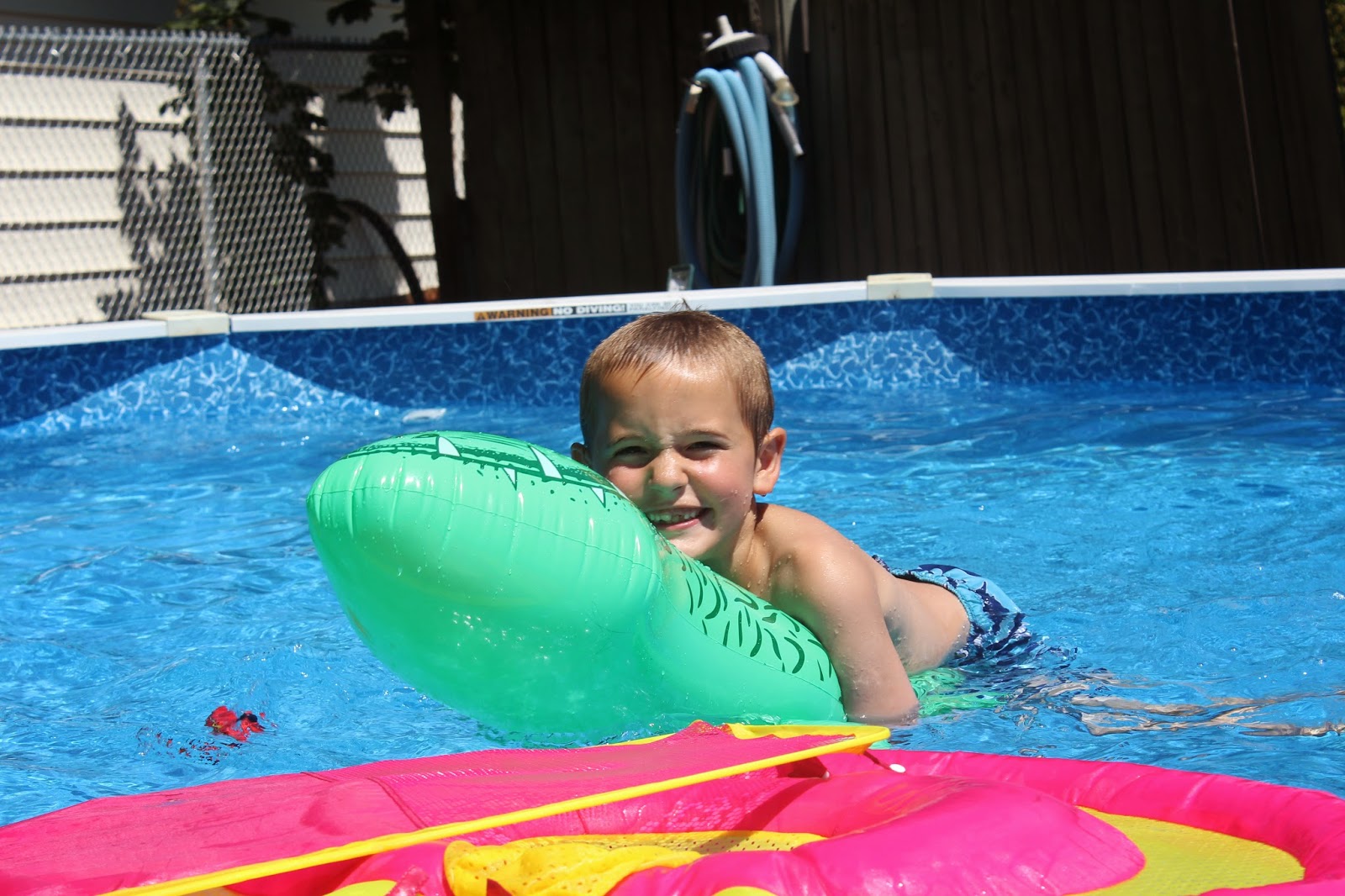 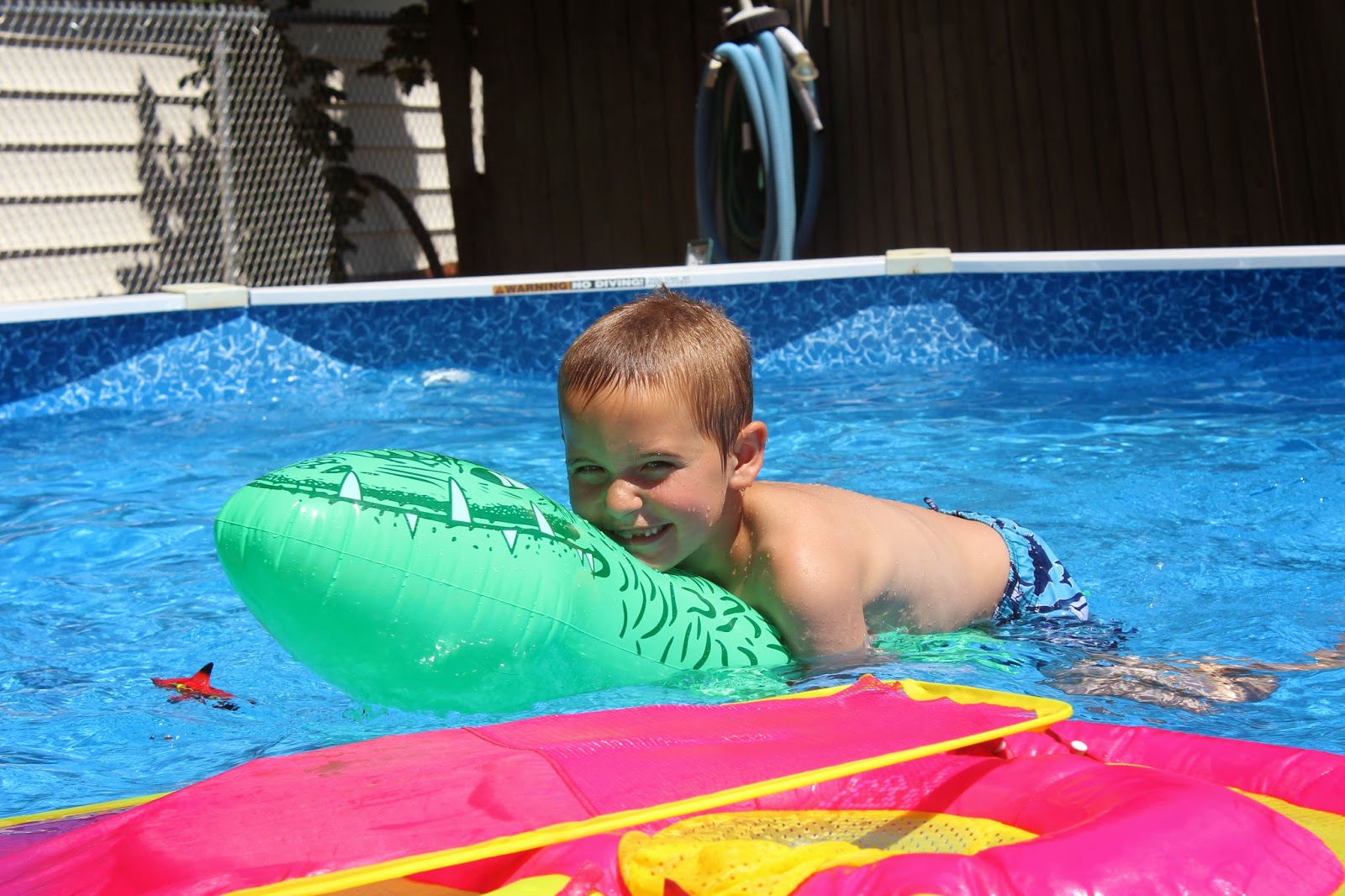 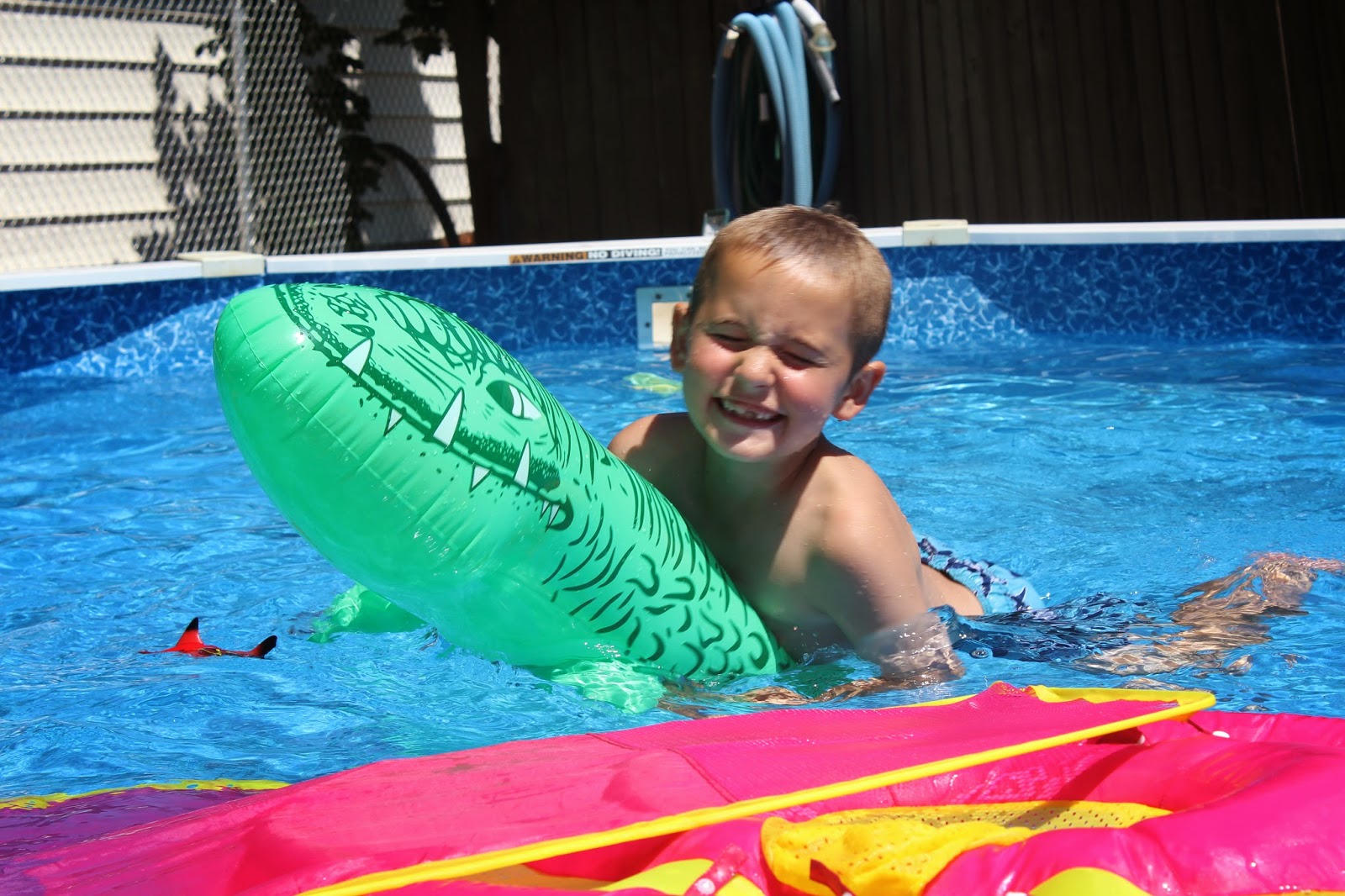 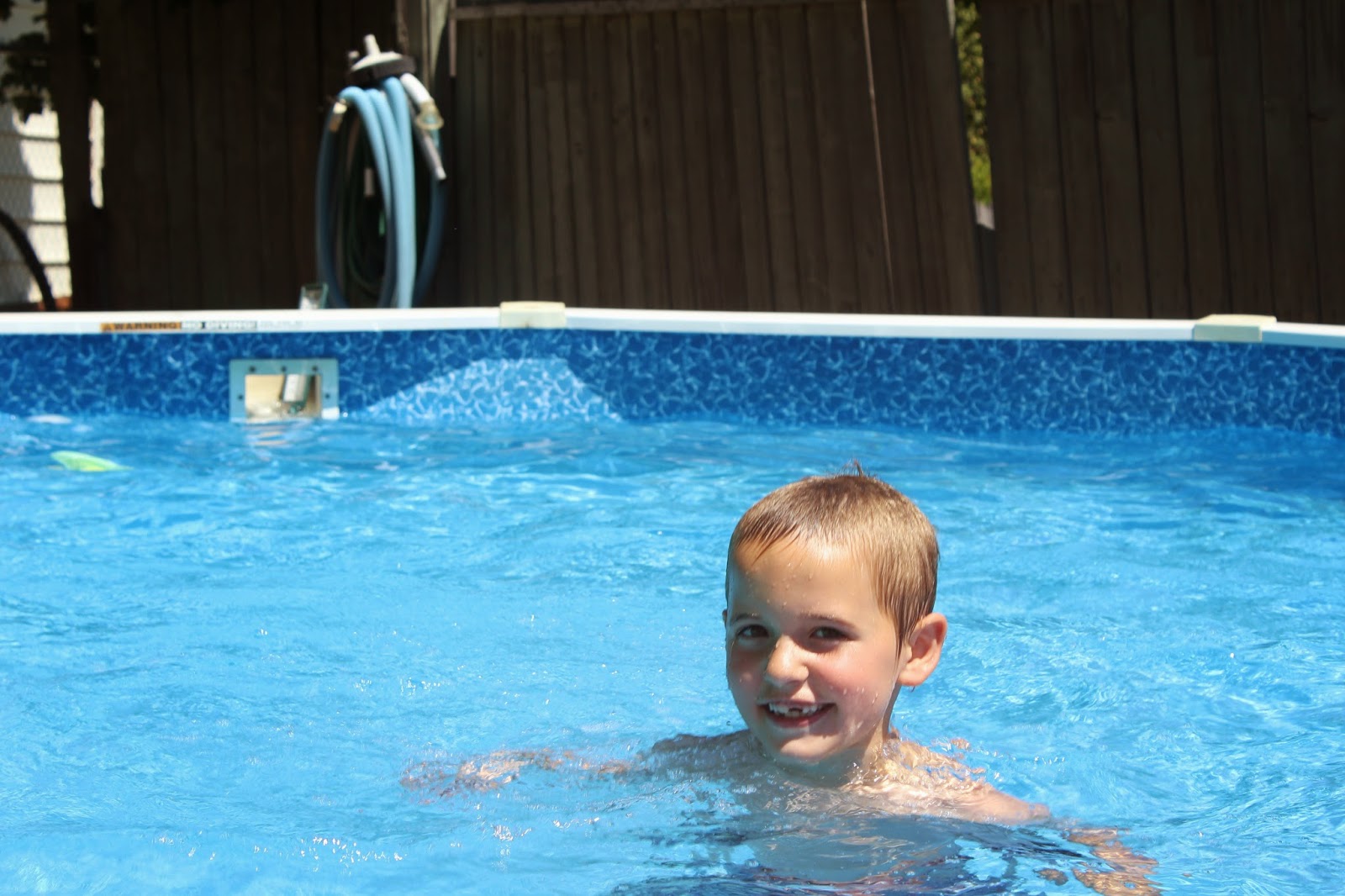 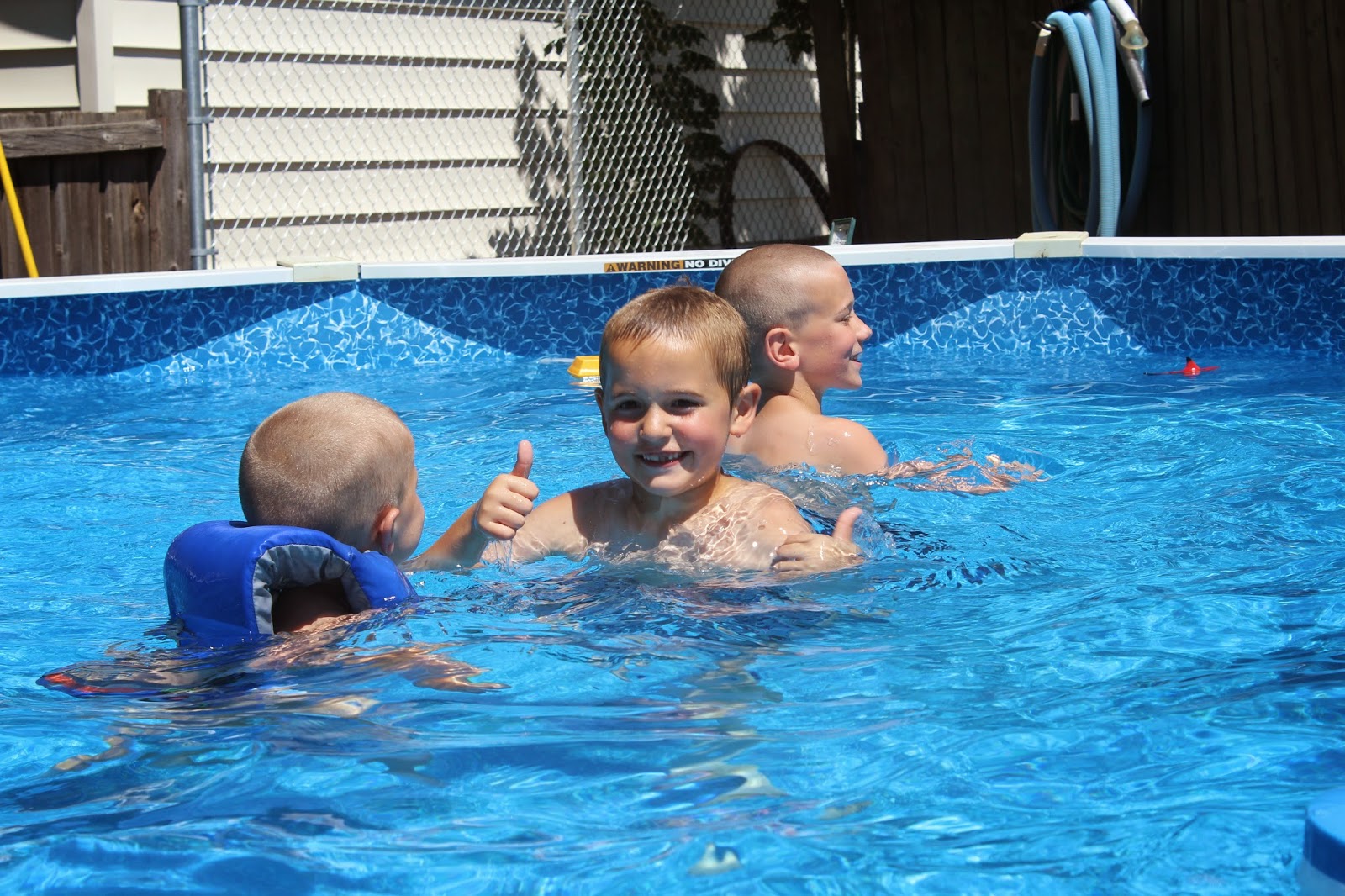 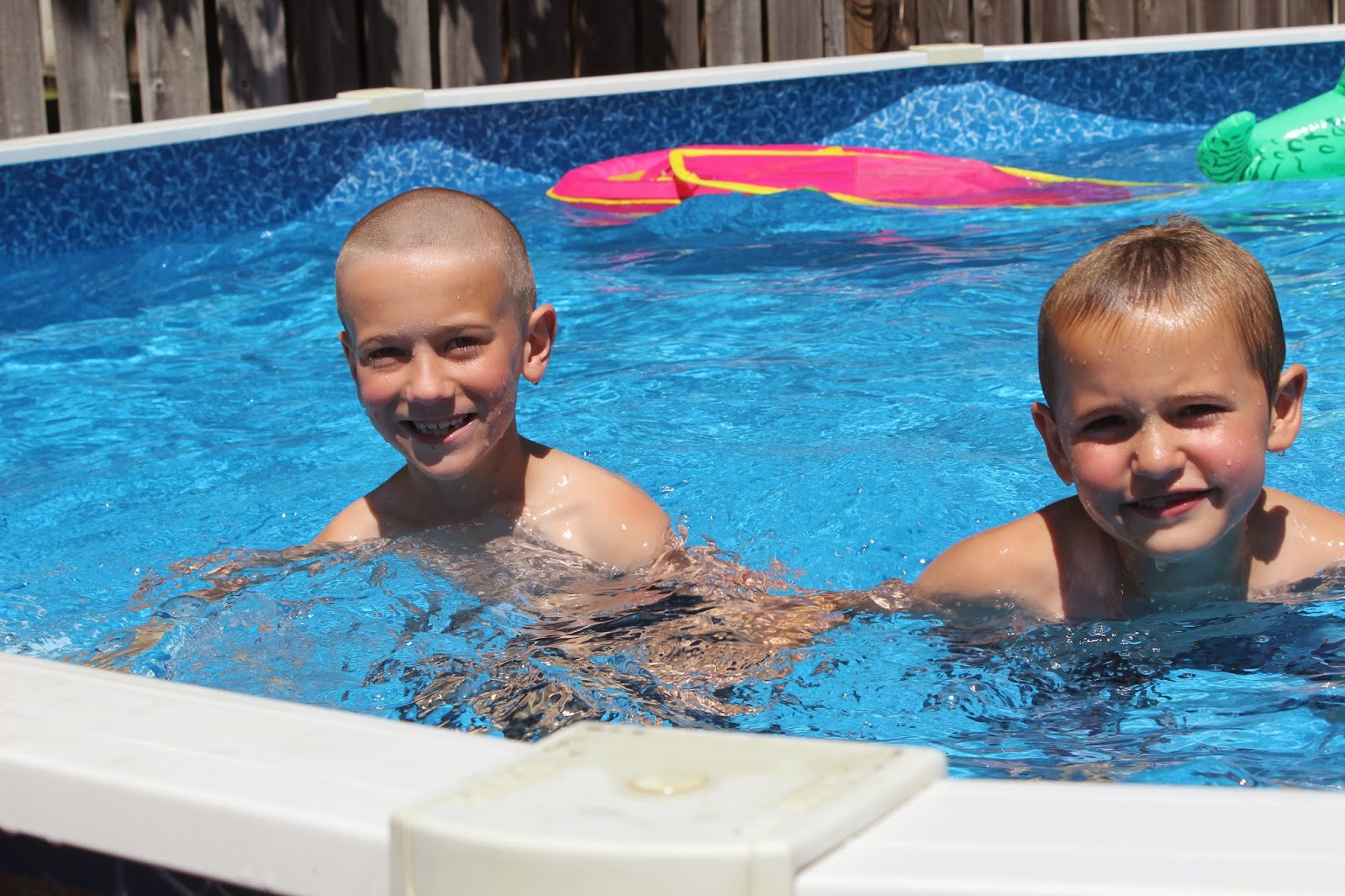 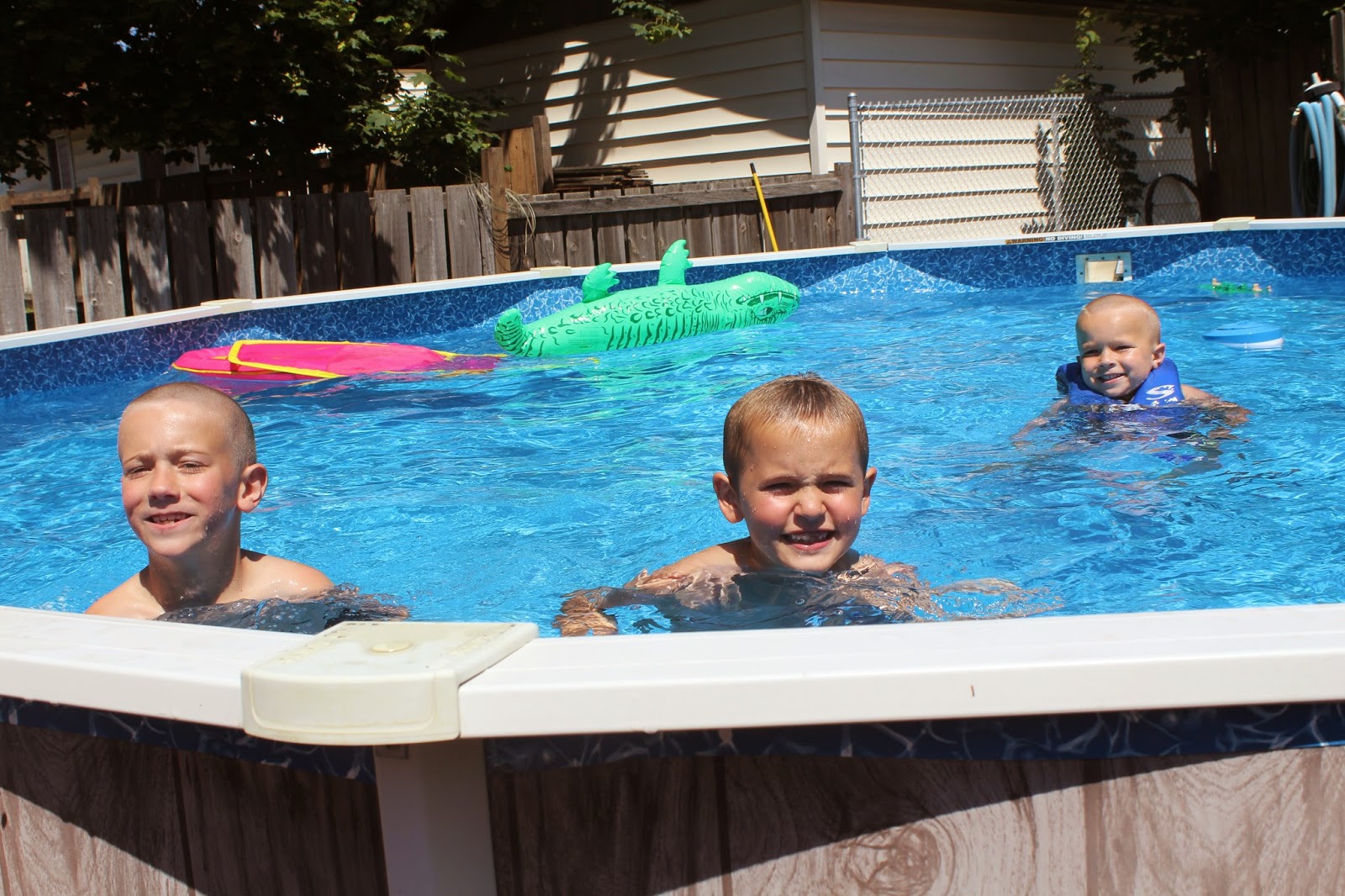 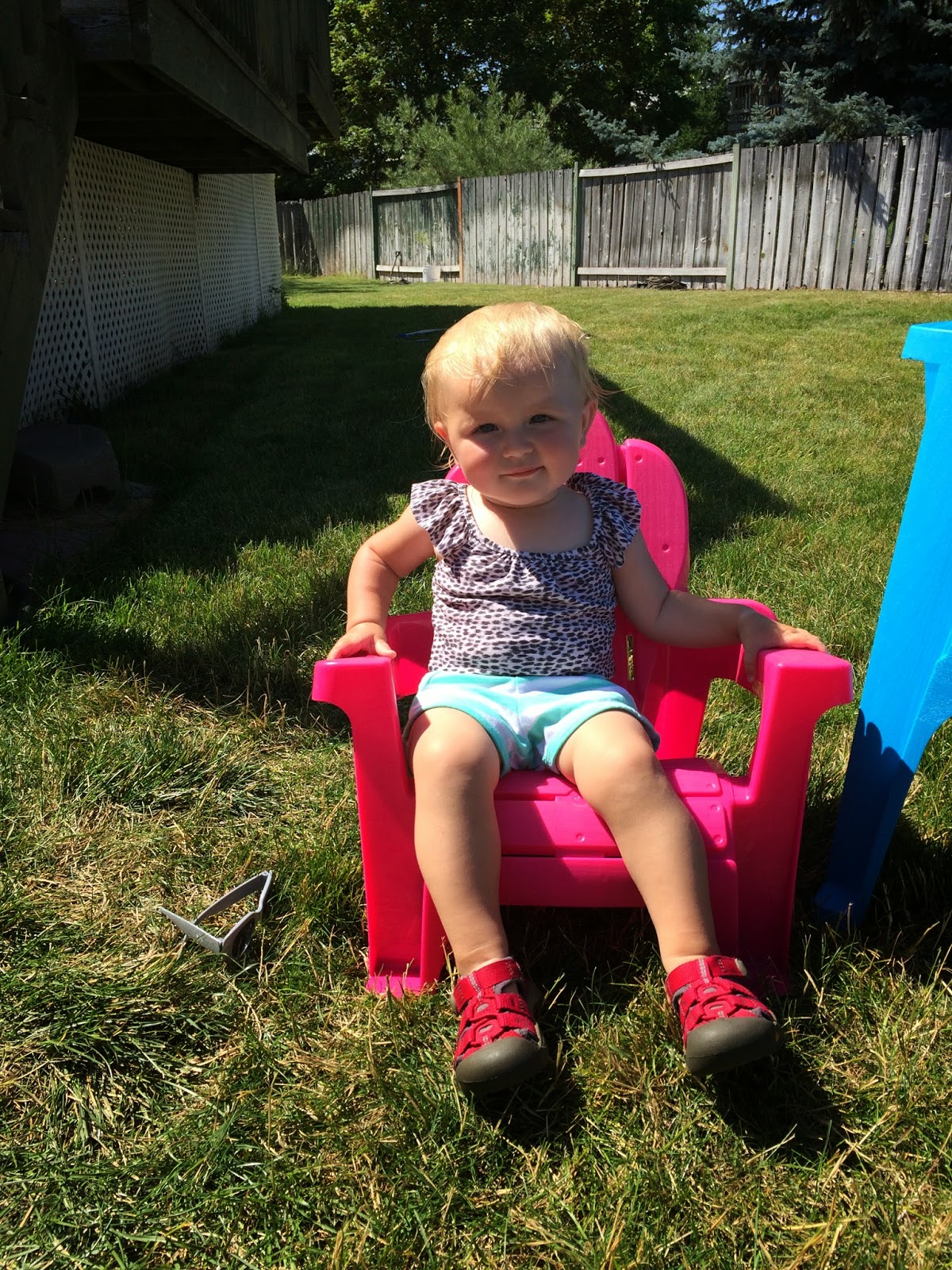 Adding to the excitement of today, Mason came over after dinner to spend the night and stay and play tomorrow!  Both boys were SO EXCITED!!  Sleepover what!  When Jessie dropped Mase off we realized that Mason hasn't spent the night just him since he was like two!  They are currently watching movies in Preston's bed.  Let's hope at some point they sleep!  HA! 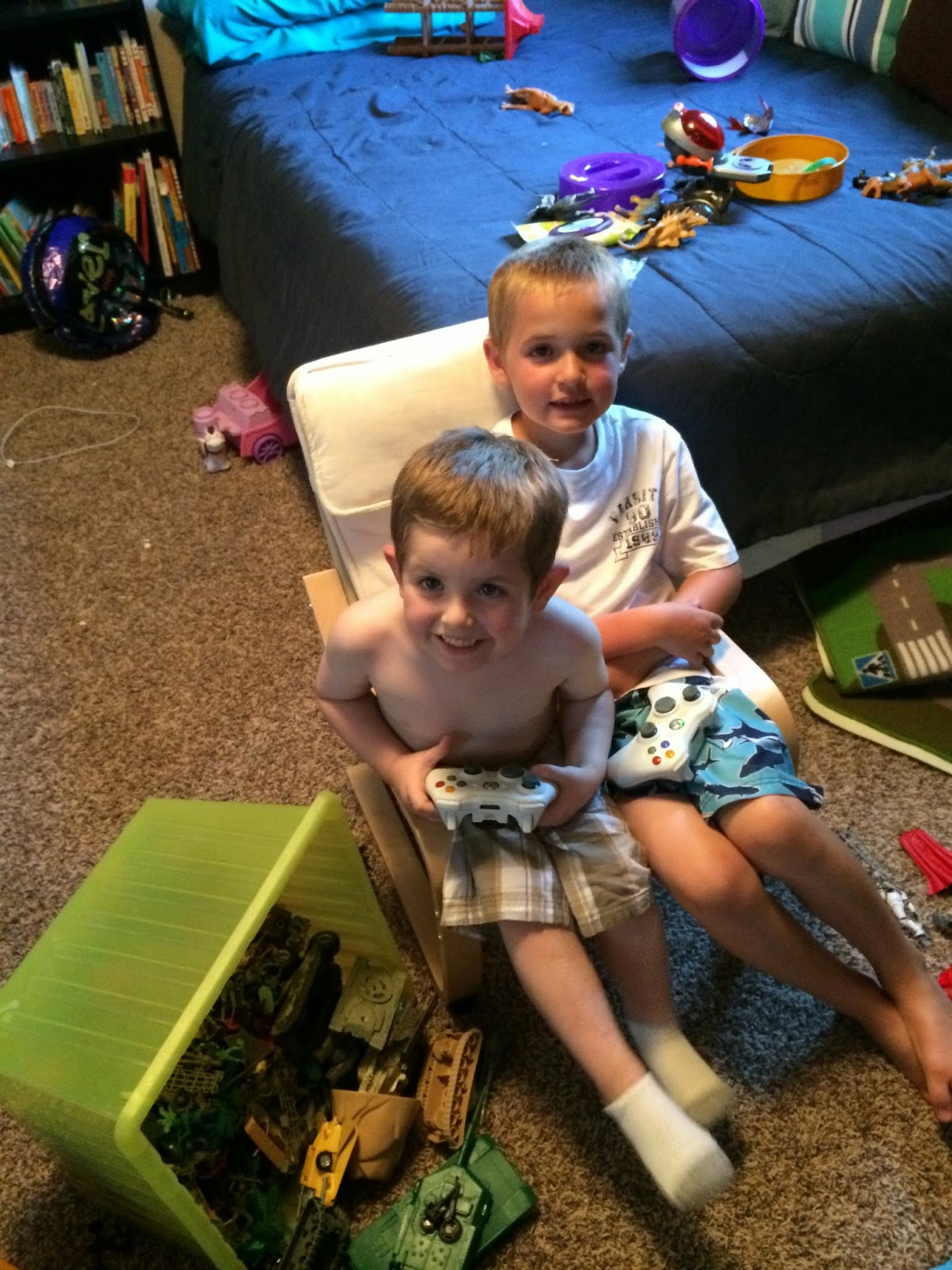 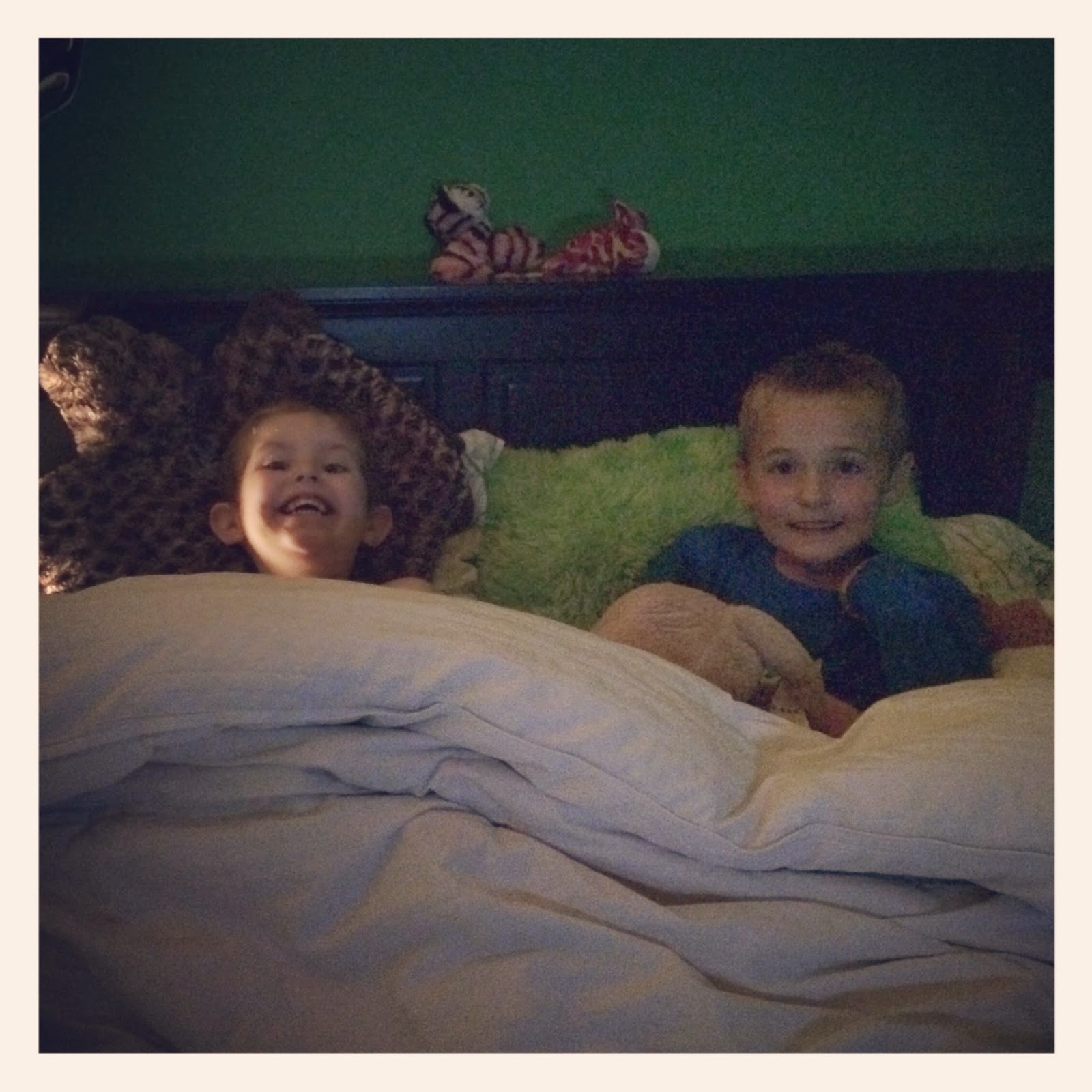 At the end of last month we had Olivia's one year and some family photos taken.  I got the proofs back tonight.  And OMG.  I can't even begin to say how much I love them.  They are absolutely amazing.  Just beautiful.  I've been through them at least five times now and love them even more every single time.  We're going to need more frames and wall space!  I'll share them soon!

I've been trying to make plans and keep us busy.  I fall into these funks every once in a while and find myself not scheduling things and staying home and it's just not all that fun.  It's much more fun when we're getting out and seeing our people!   Plus then the kids are as tired as I am at the end of the day!  Or maybe not as tired.  But less energetic.

Speaking of tired.  Olivia is not sleeping.  Well she's sleeping just not a whole lot.  Sunday night we were up until two in the morning.  Monday night we were up until three.  It was ROUGH.  I took her in Tuesday because something had to be wrong.  Nope.  She's teething.  Good times.  Since then the last two nights she's stayed asleep but woken up a million times.  Mama is tired.

I think Brad might be startling her when she's sleeping.  Because last night one of the times I picked her up Brad moved and hit her pillow and I'm thinking that might be what's waking her up.  Then the other night she kind of woke up but not really and pointed in his direction and said rawr.  Brad snores.  Some night really loud.  So adding in that he moves and snores and maybe it scared her?  I don't know.

Or she's just teething.  And I'm reading too much into it.  I do that.

The blog is so behind.  Like sooo sooo behind.  I'm trying to catch up.  But life.