A Hiking We Will Go

We needed to bust out of the house yesterday. After the weather we have had and losing power and just mass chaos trying to do things we take for granted, like turning the lights on or keeping the food in the fridge cold, we needed to have some fun.

I've been wanting to get to the fish hatchery again. You'd think we would go there more often with how close it is. I called Riss and her and Gavin met us at our house and we all piled into the car and headed there.

These two crazies in the backseat. Poor little sister stuck back there with the boys. 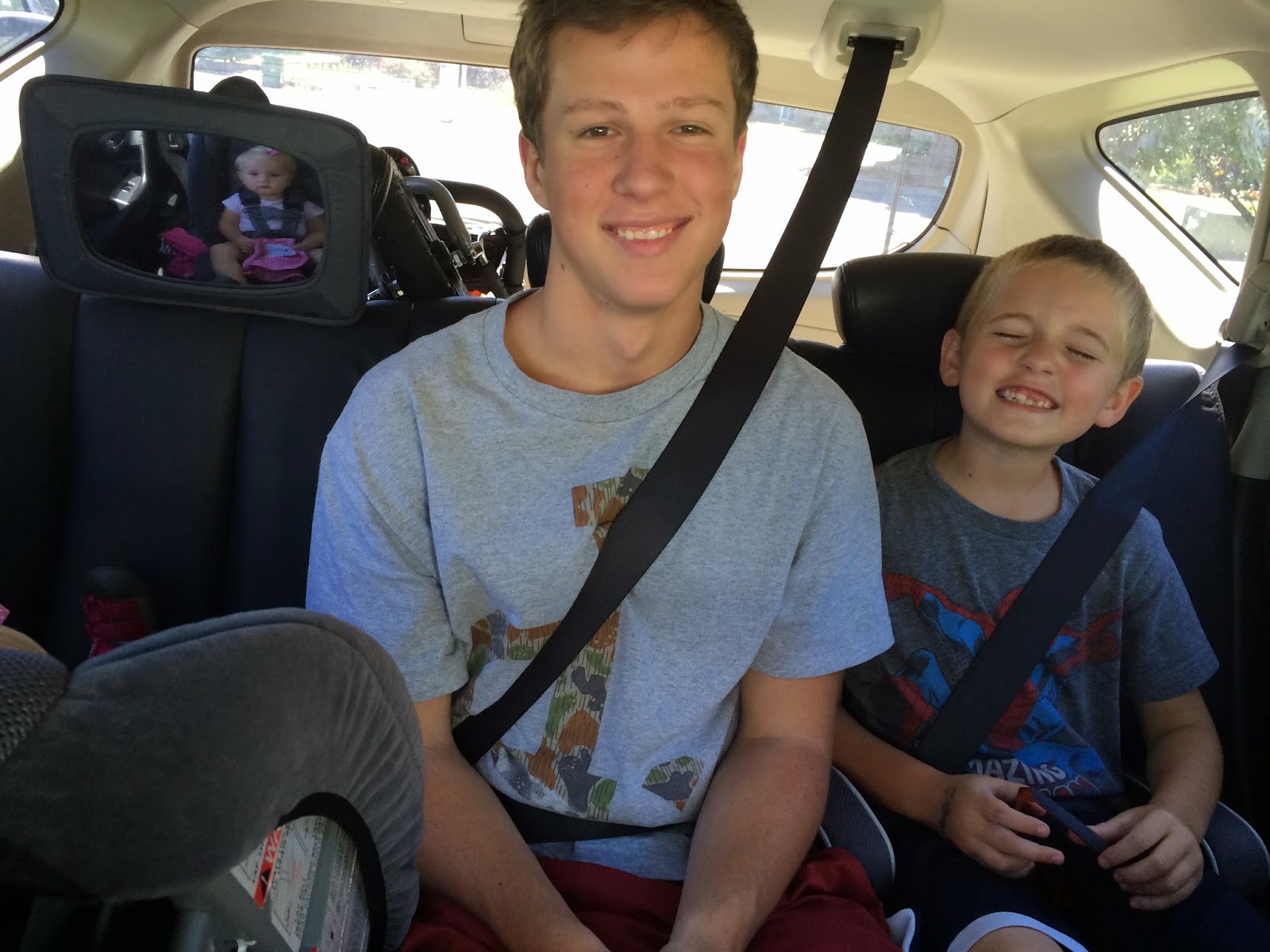 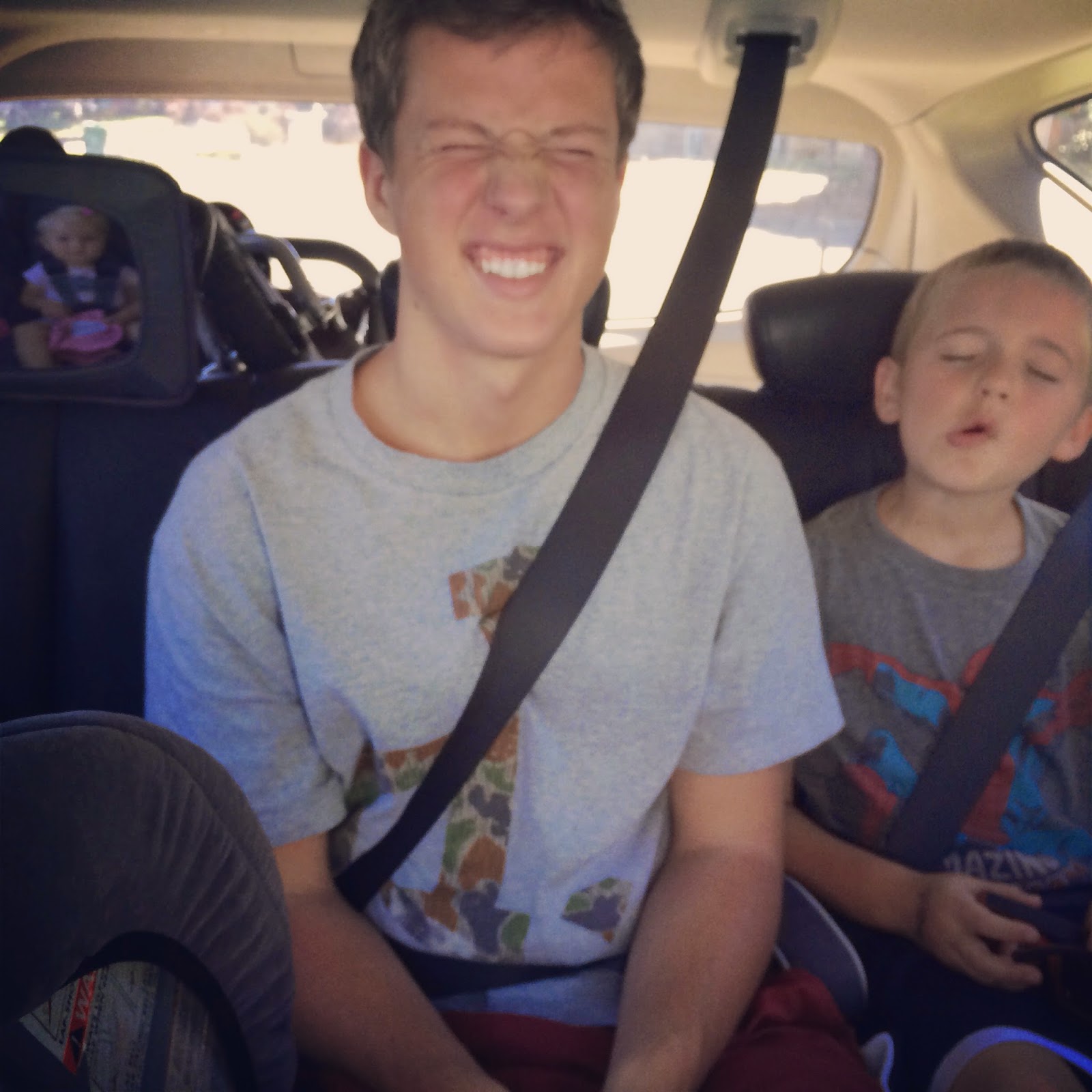 There was a little creek by where we parked at the fish hatchery and while I grabbed things the kids went to look with Auntie Rissa and Gavin.  I snapped a photo of all of them and then couldn't get over how cute it was and how old they looked.  And how much it looked like they were a little family.  I mean seriously. 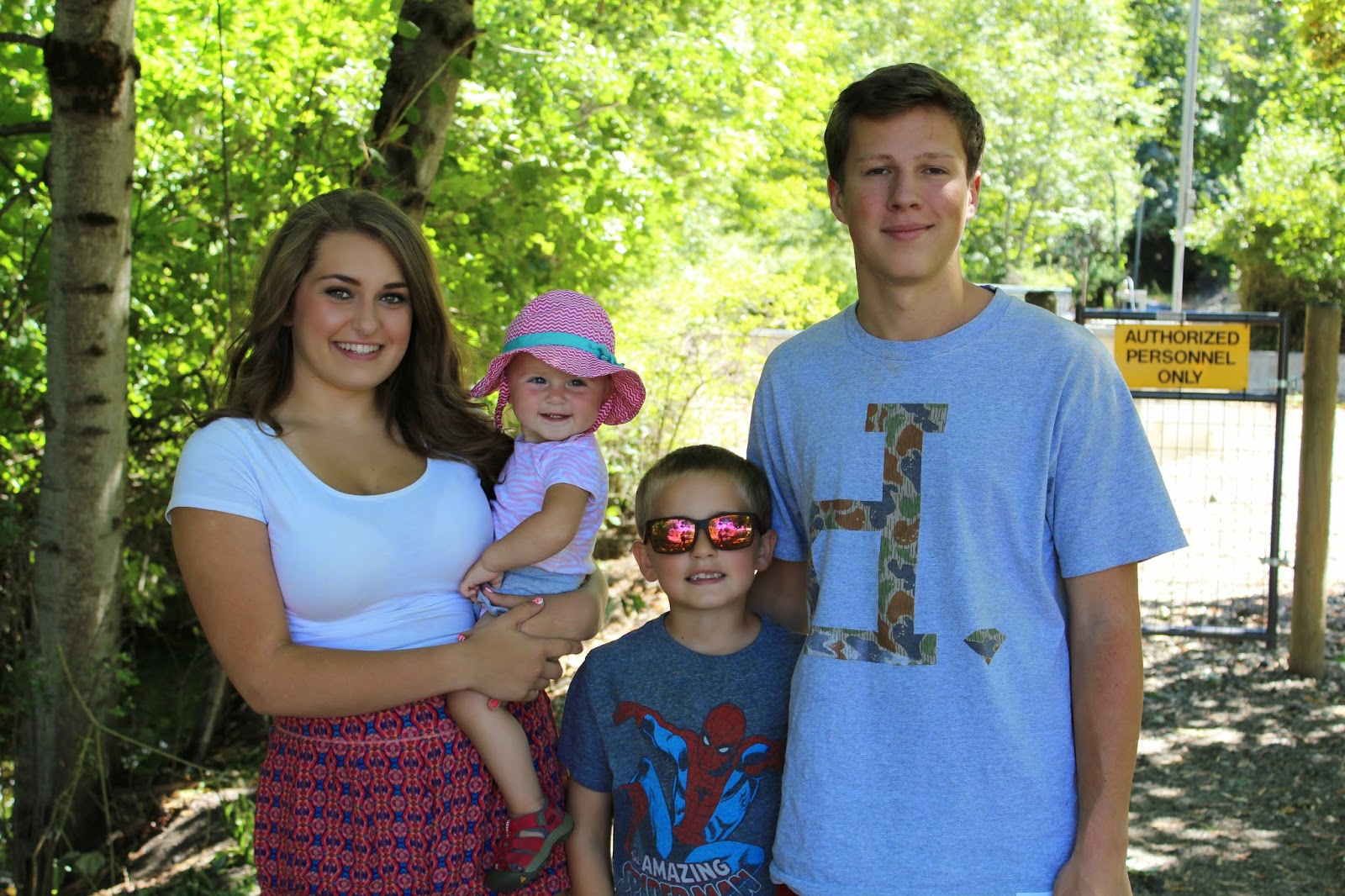 The best part of the fish hatchery is feeding the fish!  Which I got almost no photos of.  Because two kids.  Also the little one kept trying to climb in. 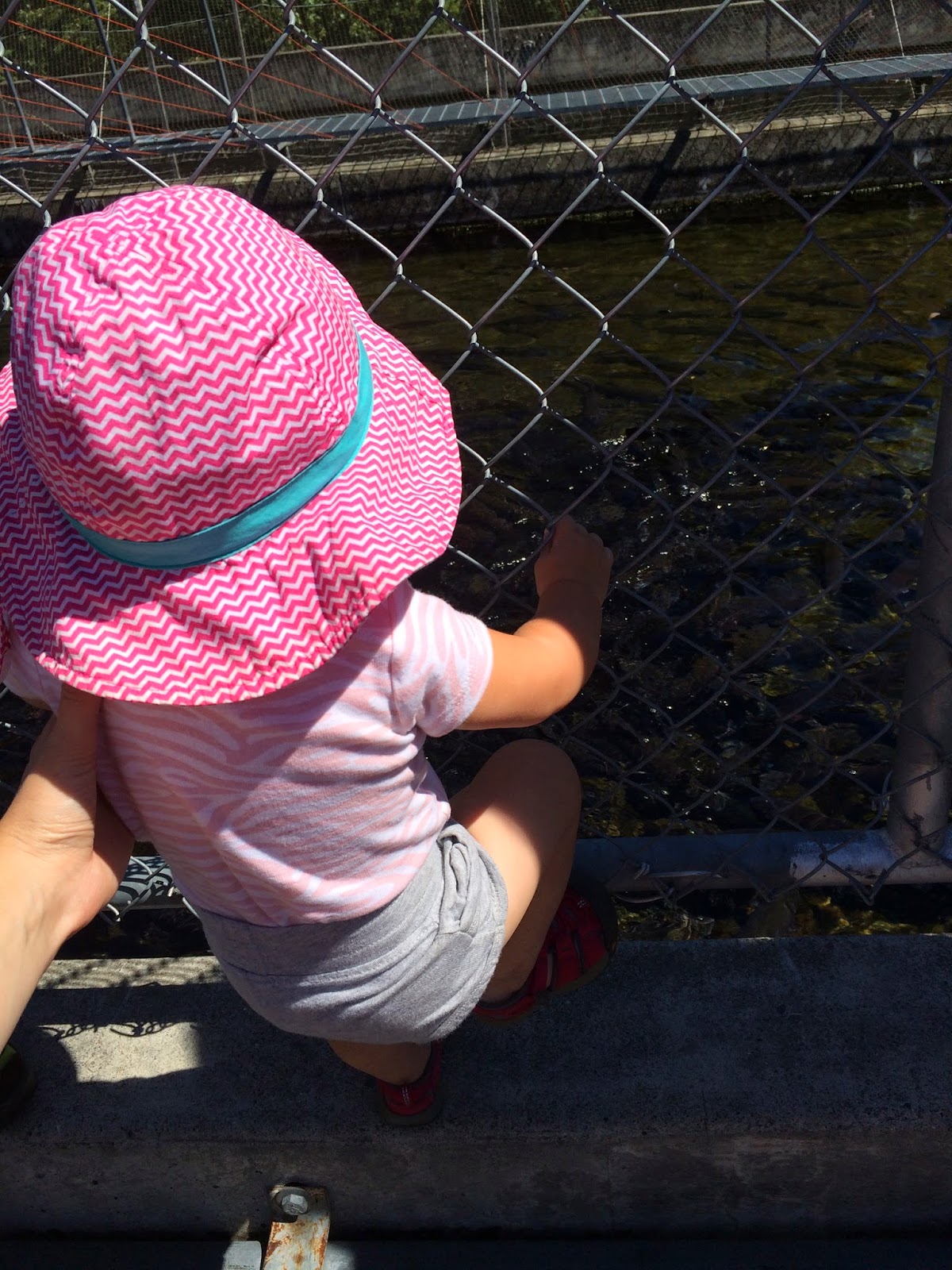 Preston's favorite thing to do is to dump a bunch in at once and watch them go crazy for it!

When we were done feeding the big fish we headed over to the other side to see the smaller ones.  Not as exciting.  But you get to wander around to look which my littles love. 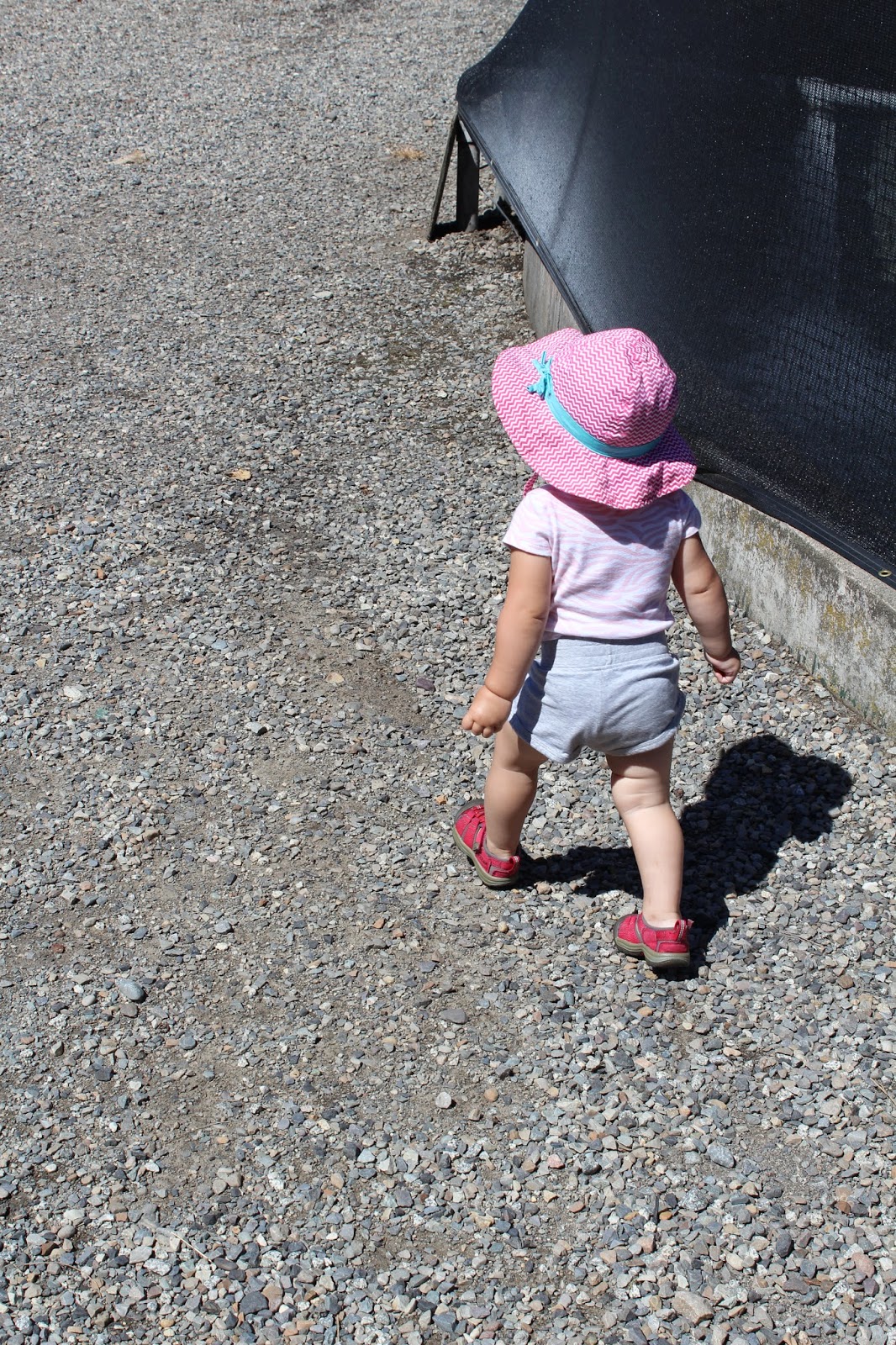 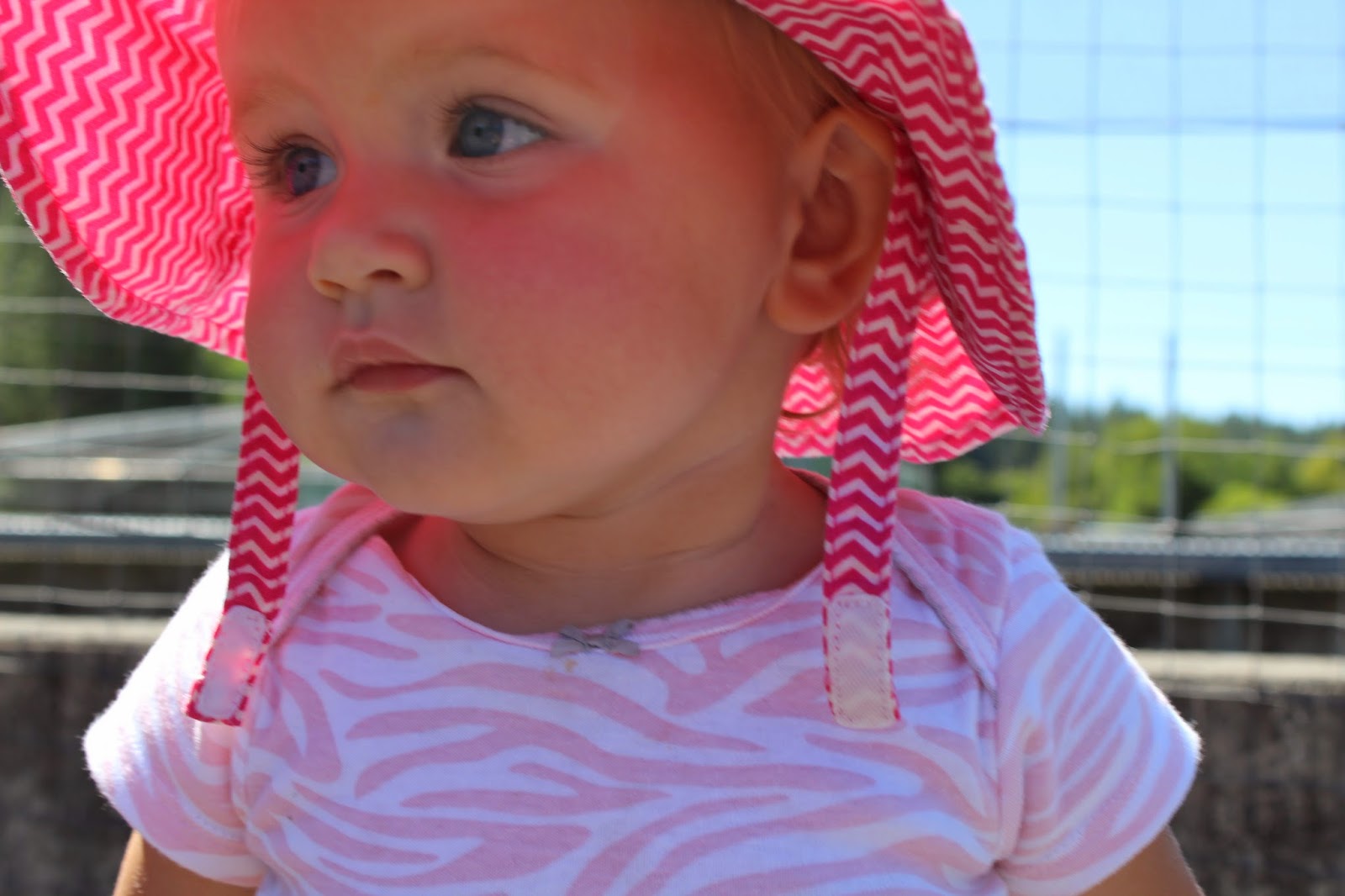 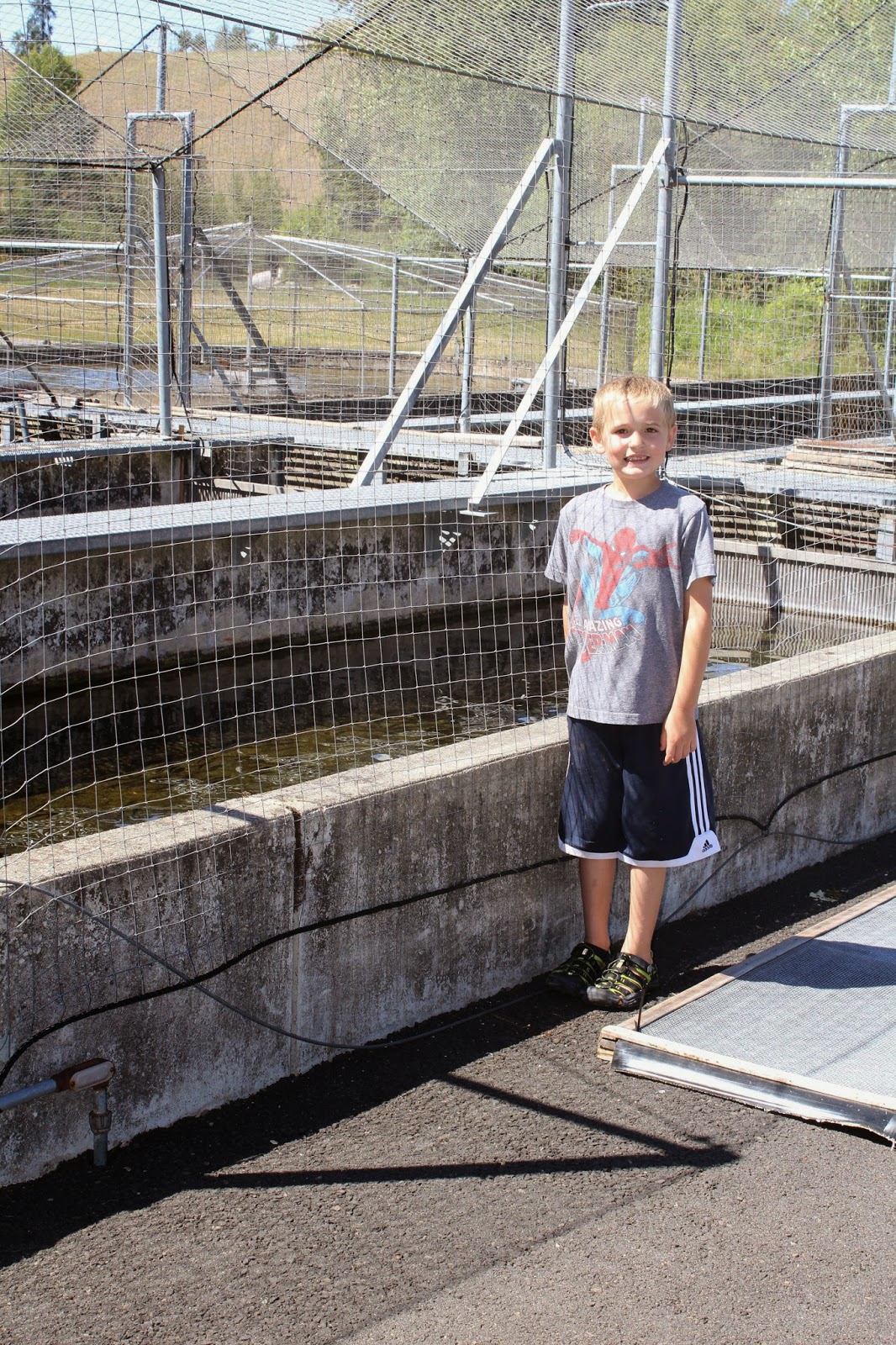 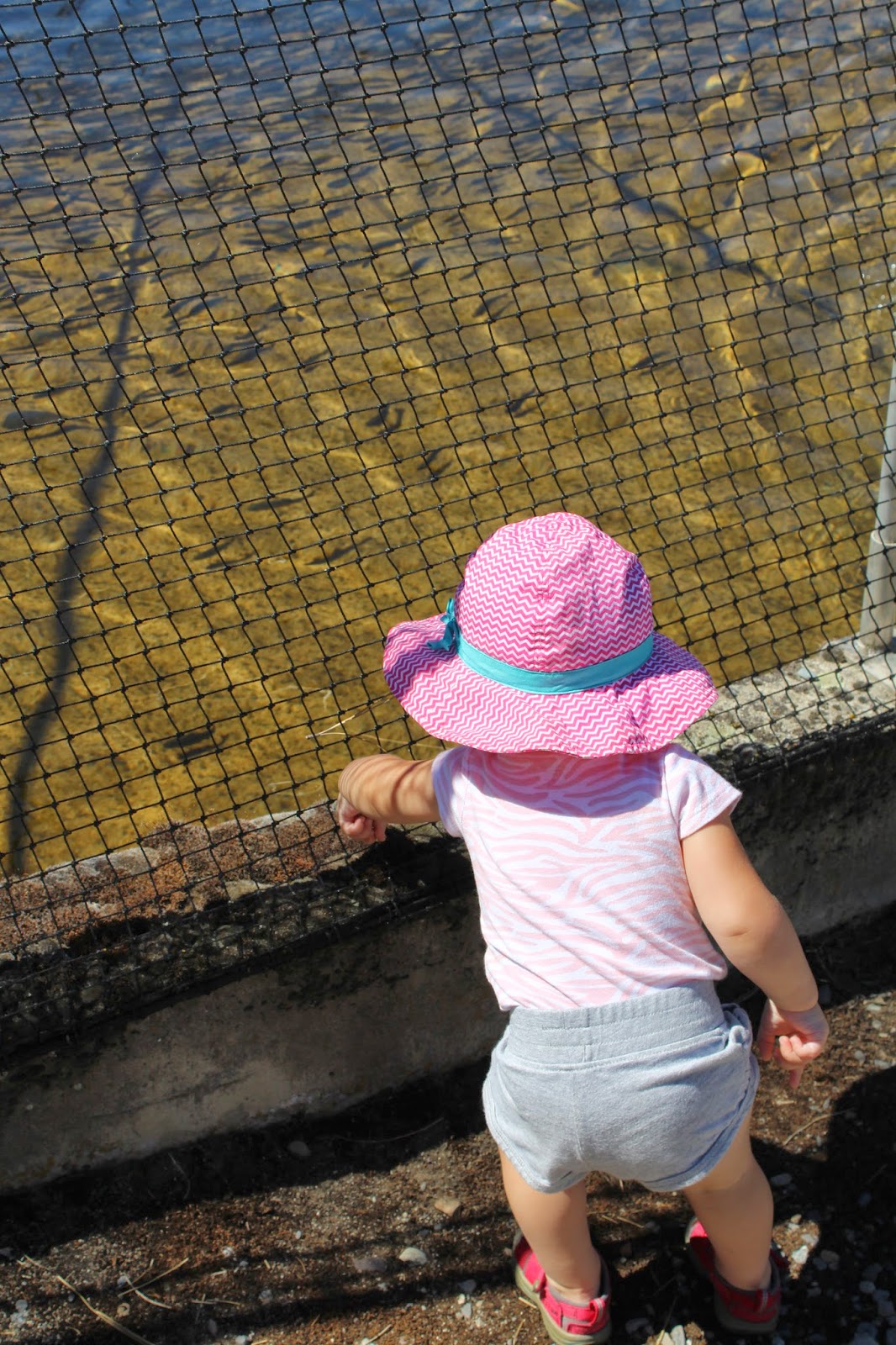 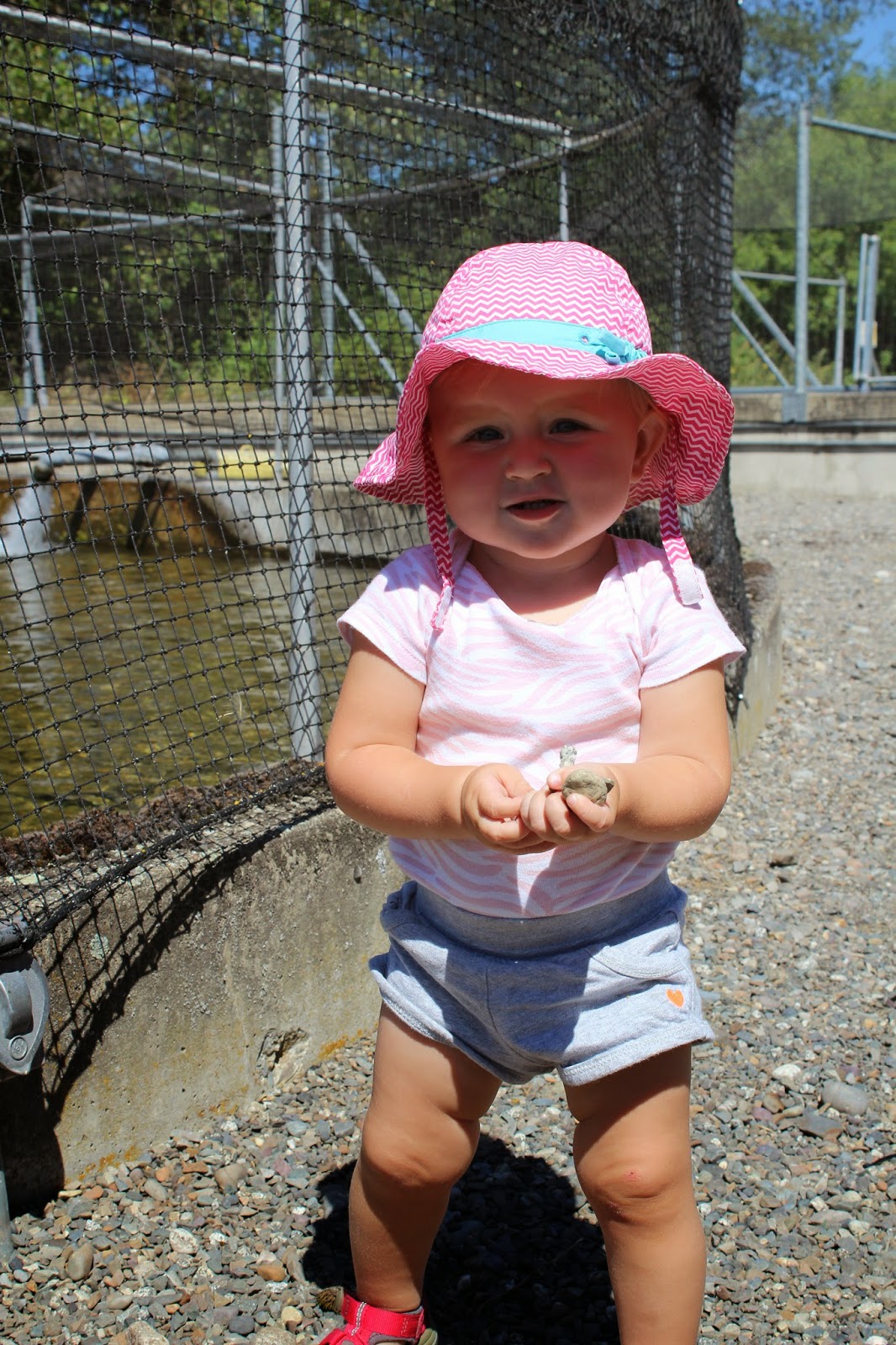 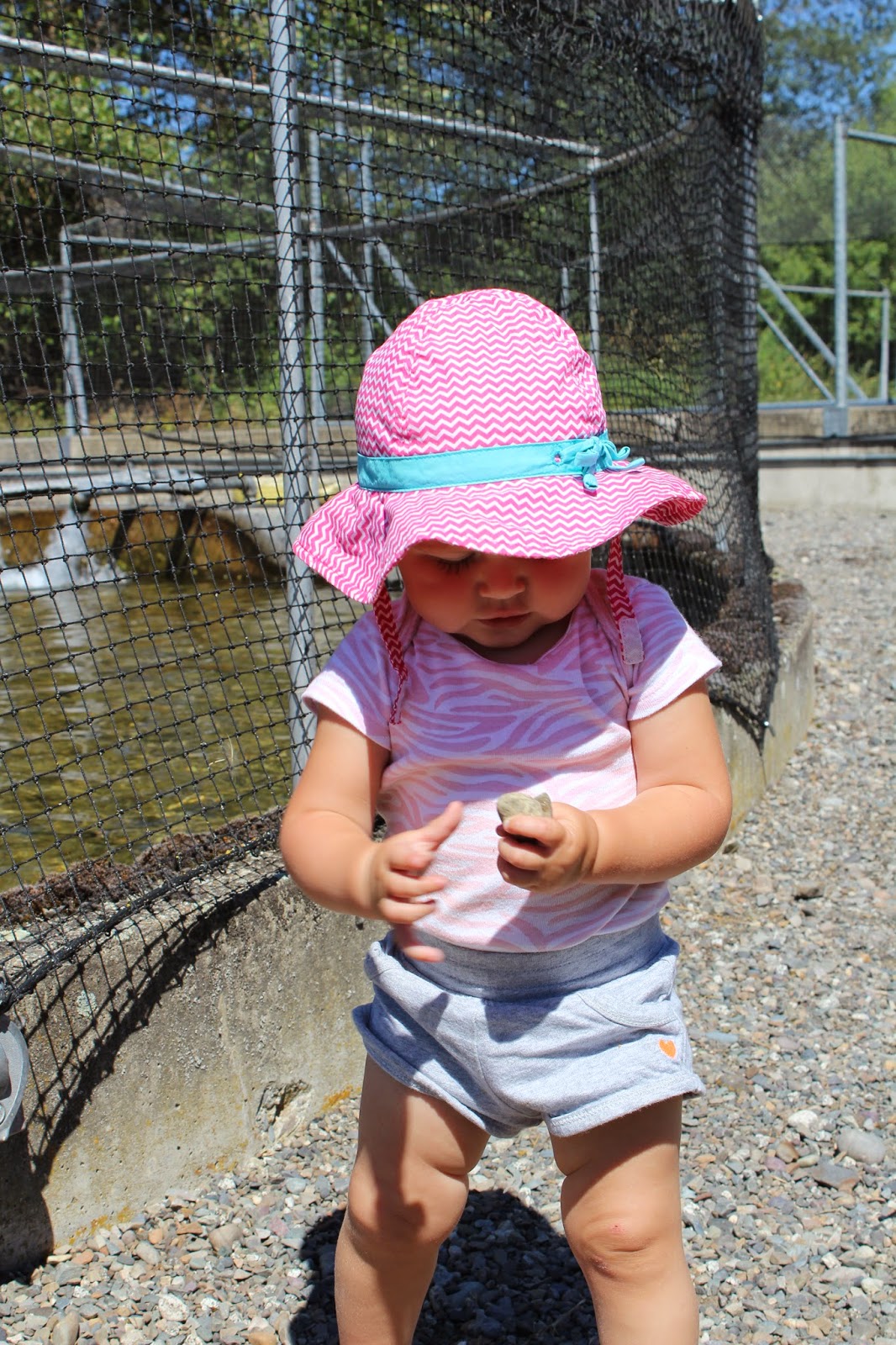 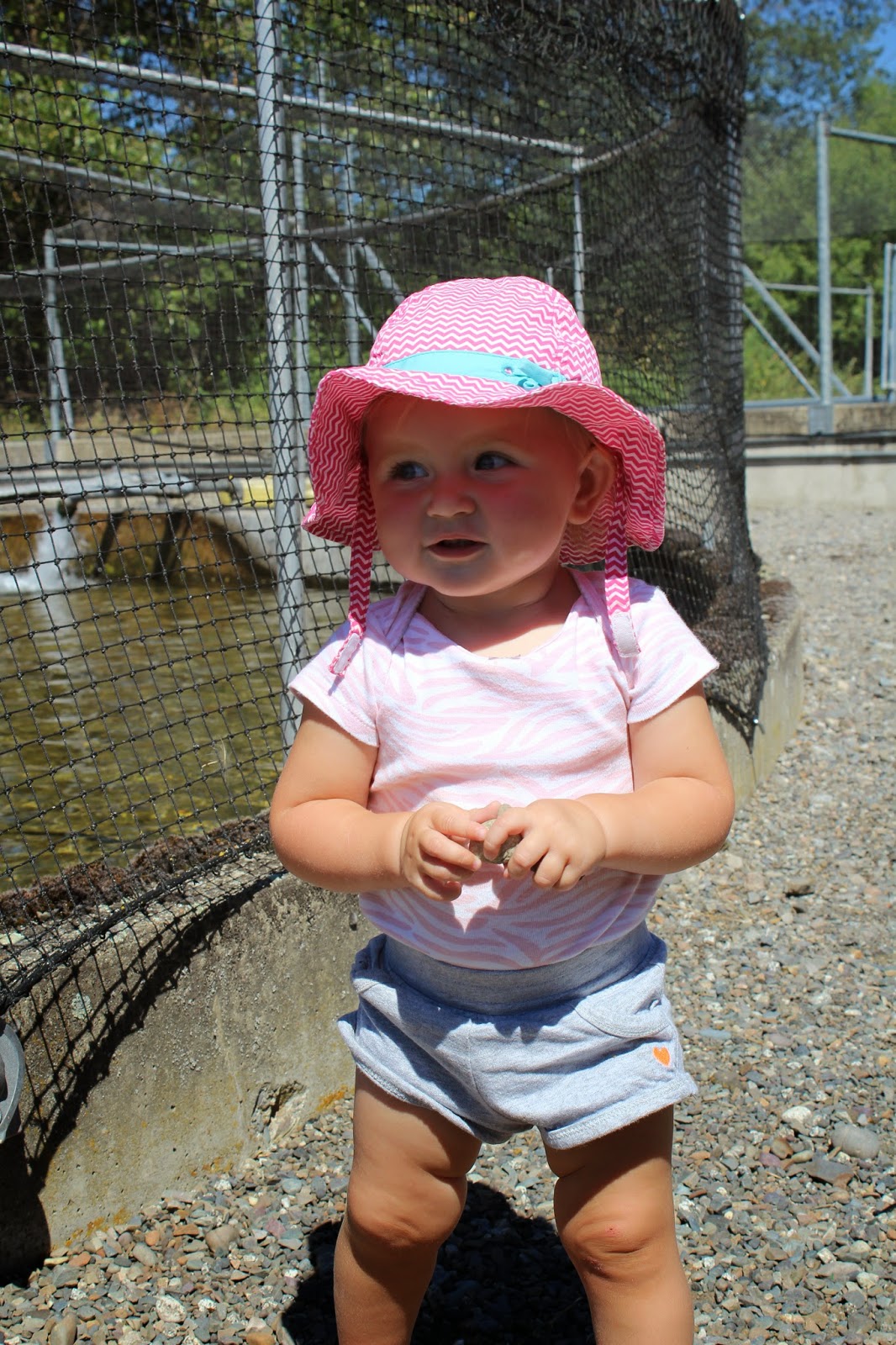 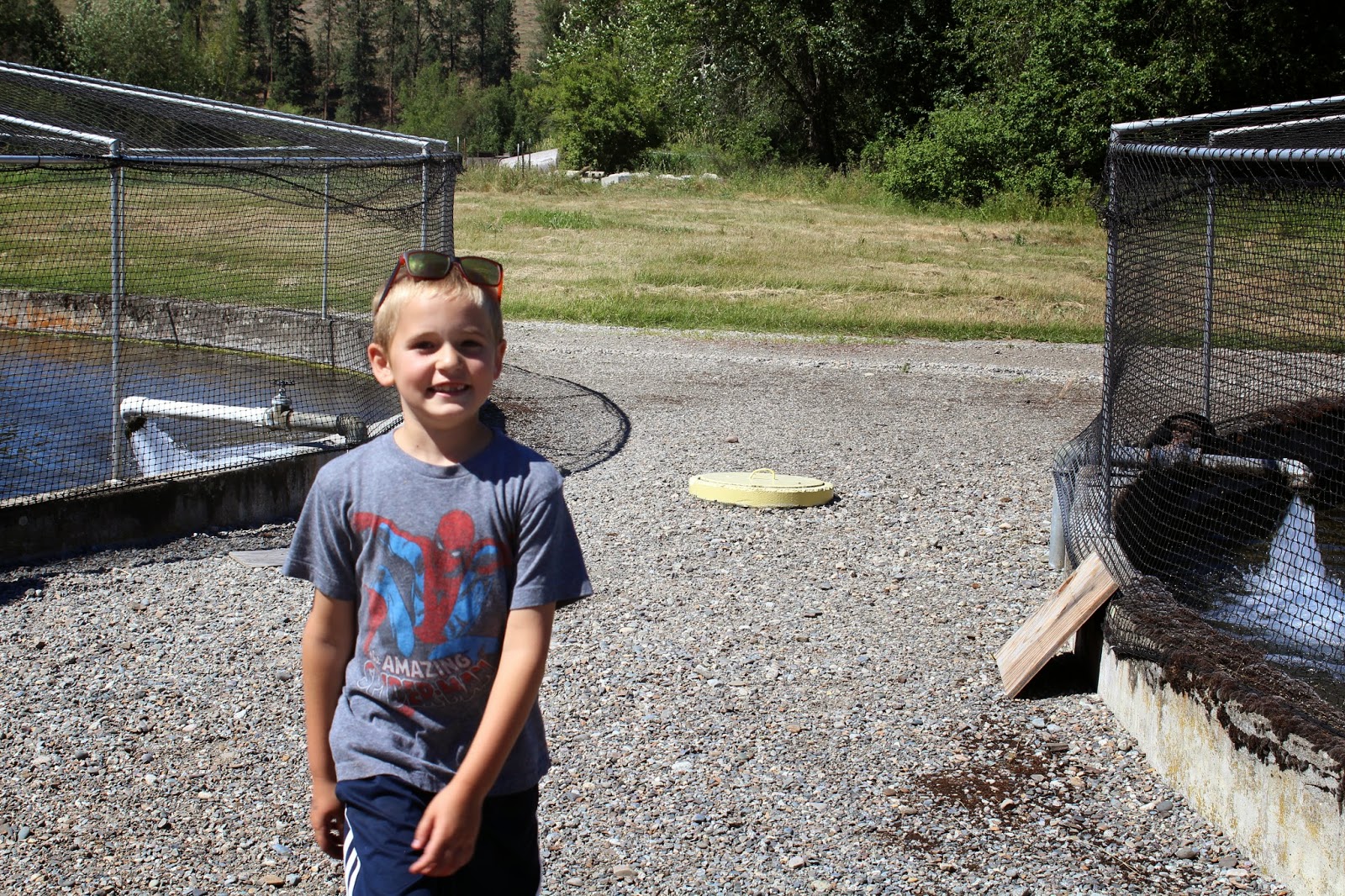 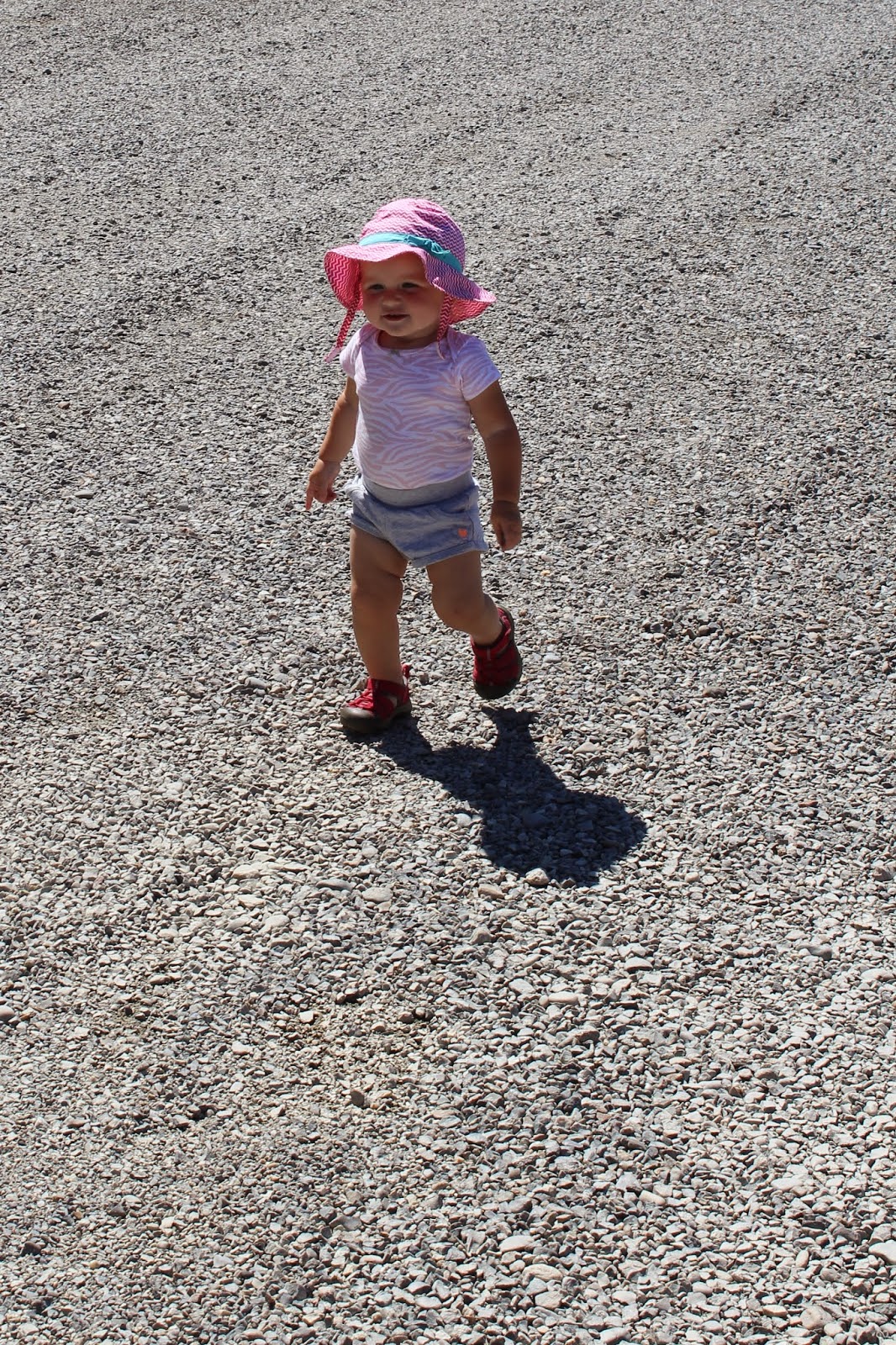 One more quick trip back to see the creek and to take a couple more pictures.  I swear my kids won't both smile in the same photo.  Ha! 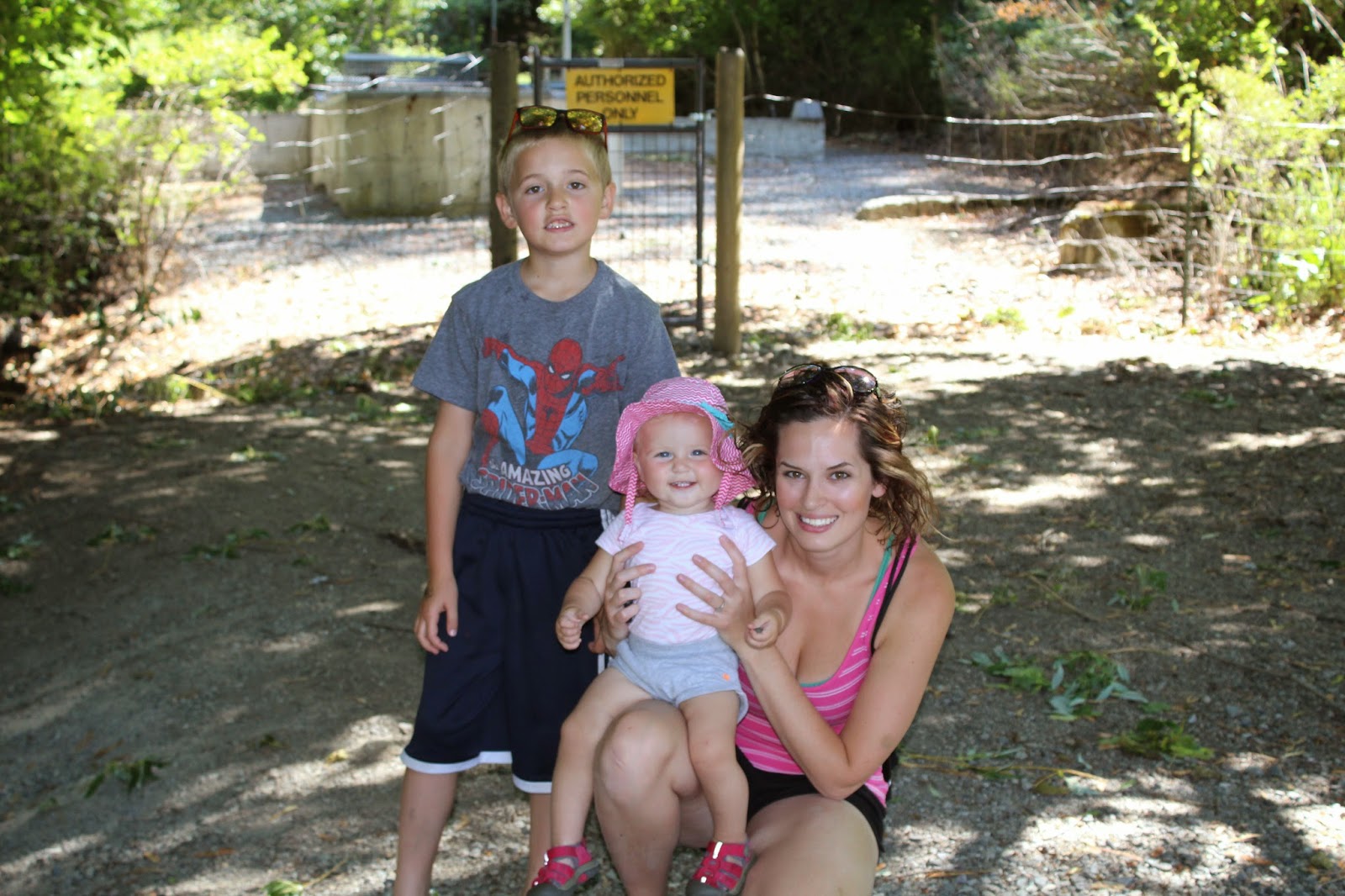 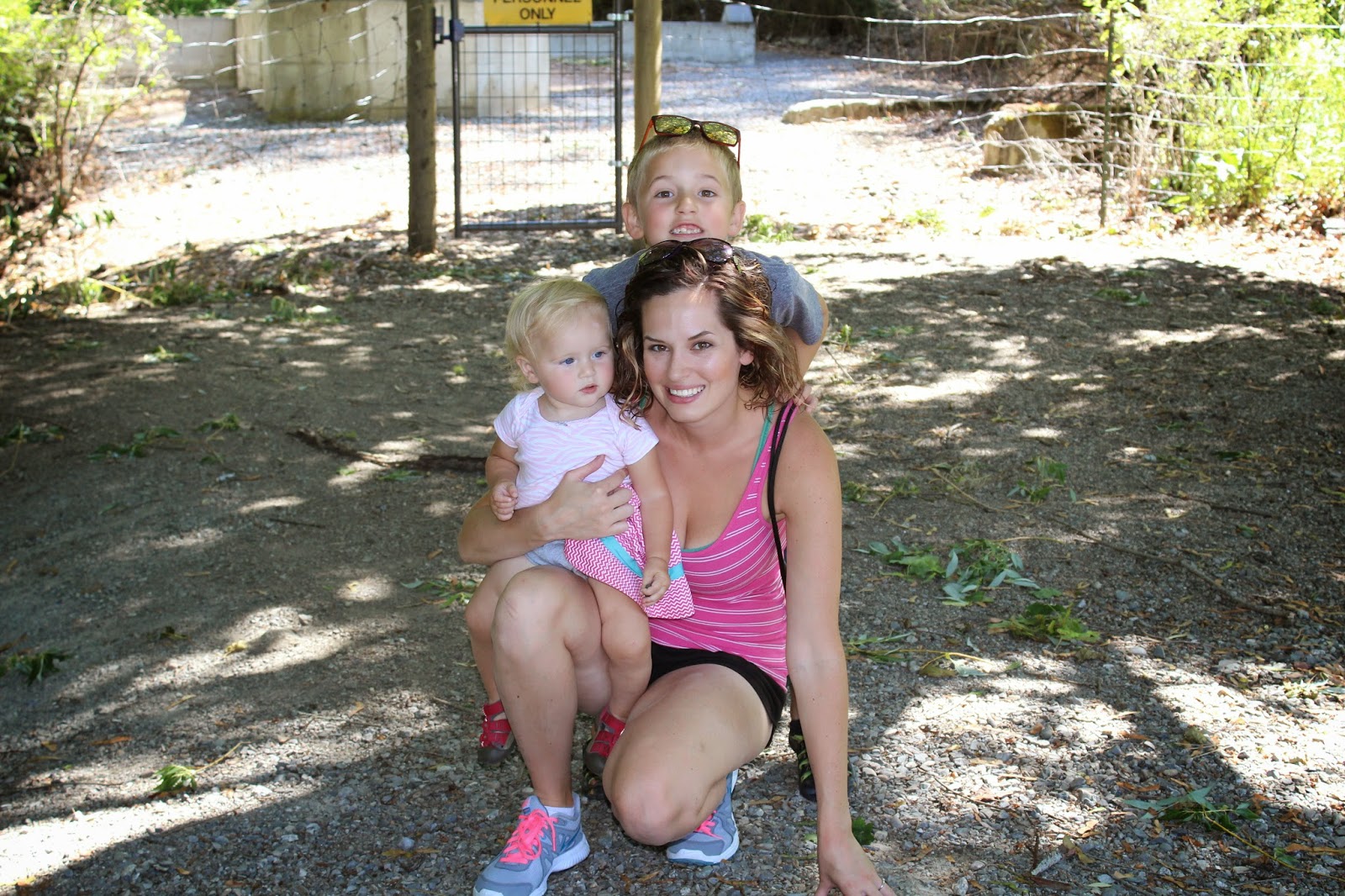 Preston wanted to climb in.  Poor kid, his Mommy said no.  He could just stand and watch the water with Auntie Rissa. 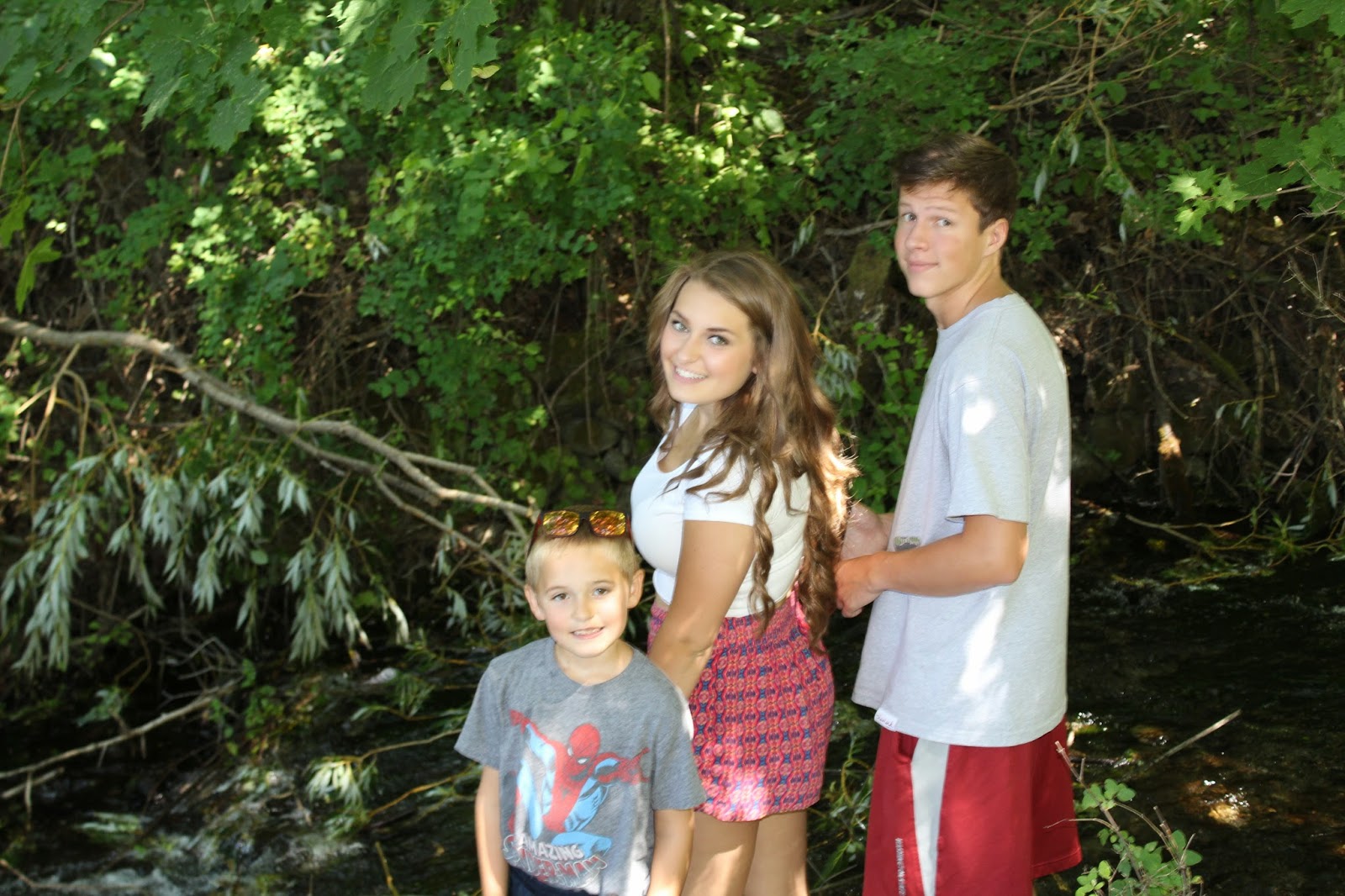 We weren't done yet though.  We hopped back in the car and headed off to find somewhere to do a little hiking.

I insisted that we take a photo once we were all out and ready to go.  Self timer for the win. Also Preston and Marrissa.  I said smile!  Not fake a punch to the face.  Ha! 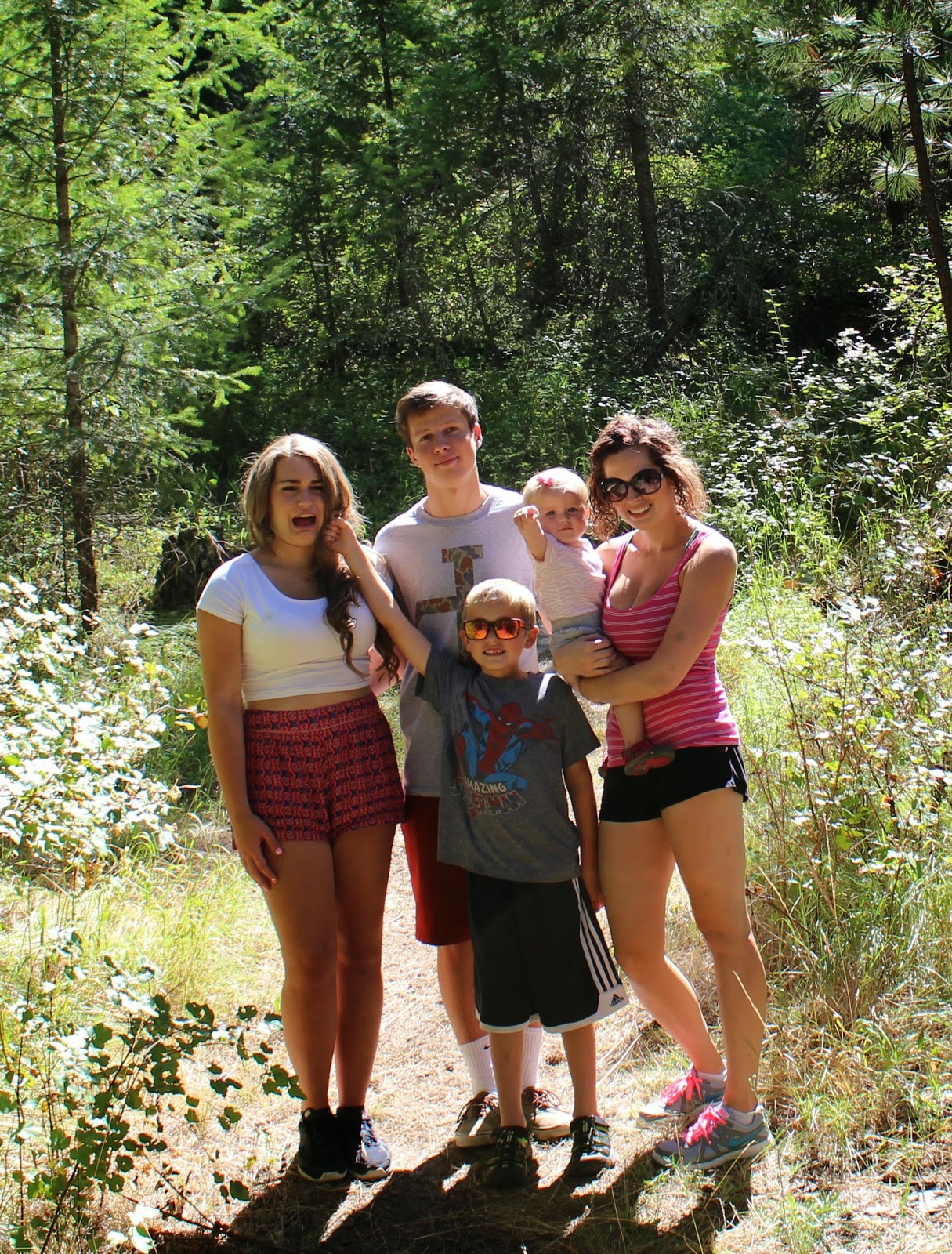 Little Miss Independent had to hike all by herself.  No joke.  It was all up hill and she didn't want any help.  Not even me holding her hand.  Which made things really hard when it got rough and rocky.  I would reach for her hand and she would push me away.  So I hiked bent over holding on to her waist.  Good times. 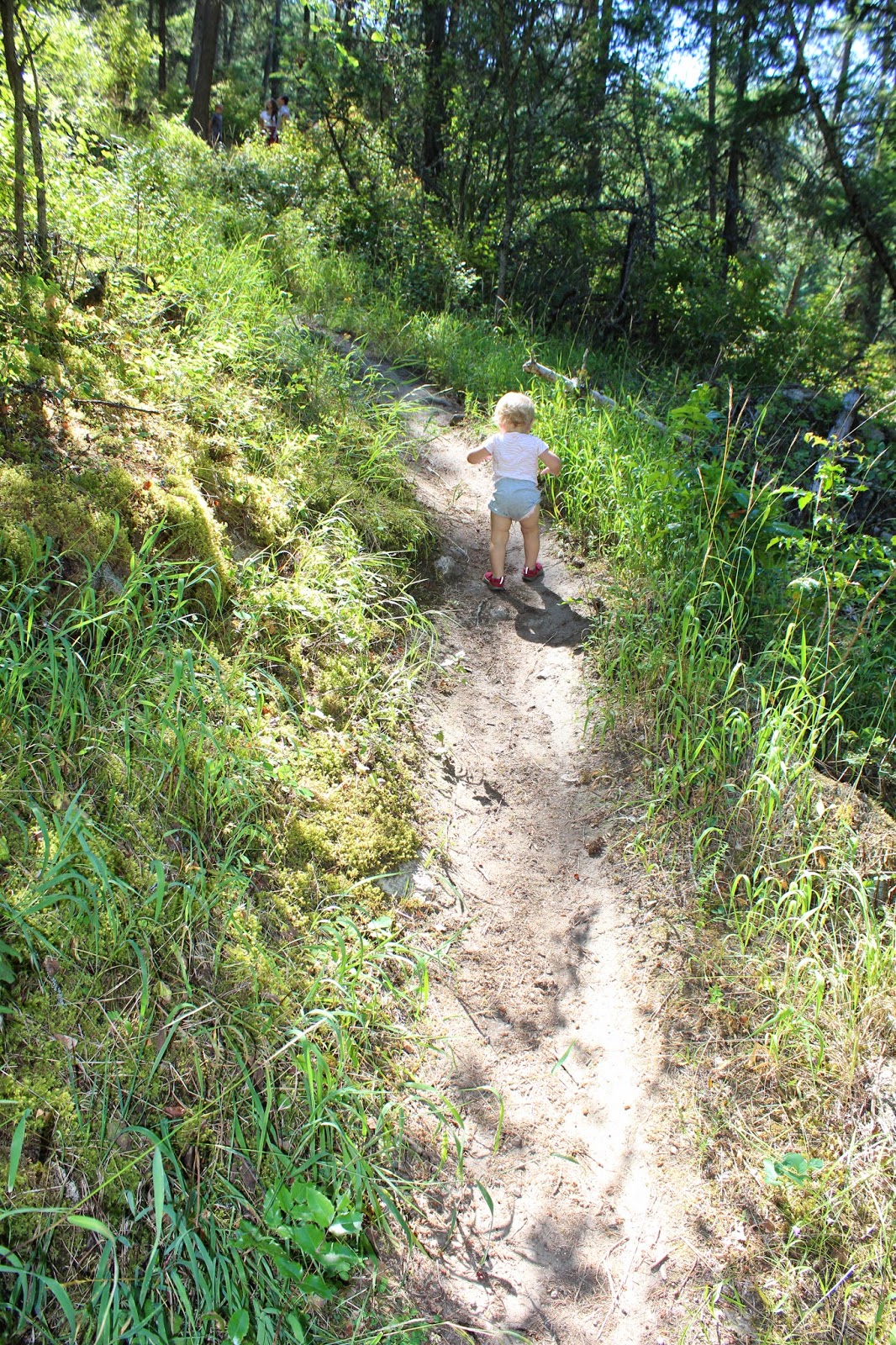 We got about a half hour in before me and Riss were over this whole uphill hiking thing.  The boys were all let's keep going and we were done.  It didn't help that we'd left the four water bottles we'd brought in the car.  We were on it I tell you.

So we turned around and headed back down.  This time with Liv in the ergo.  I didn't really need to end hiking with her rolling down the hill.

Preston was bummed that we weren't going to keep going.  But I promised him we would hike again this weekend.  On a more flat surface, so that helped.  I think the fun of running down the mountain (that might be a little dramatic, but it felt like a freaking mountain) helped too. 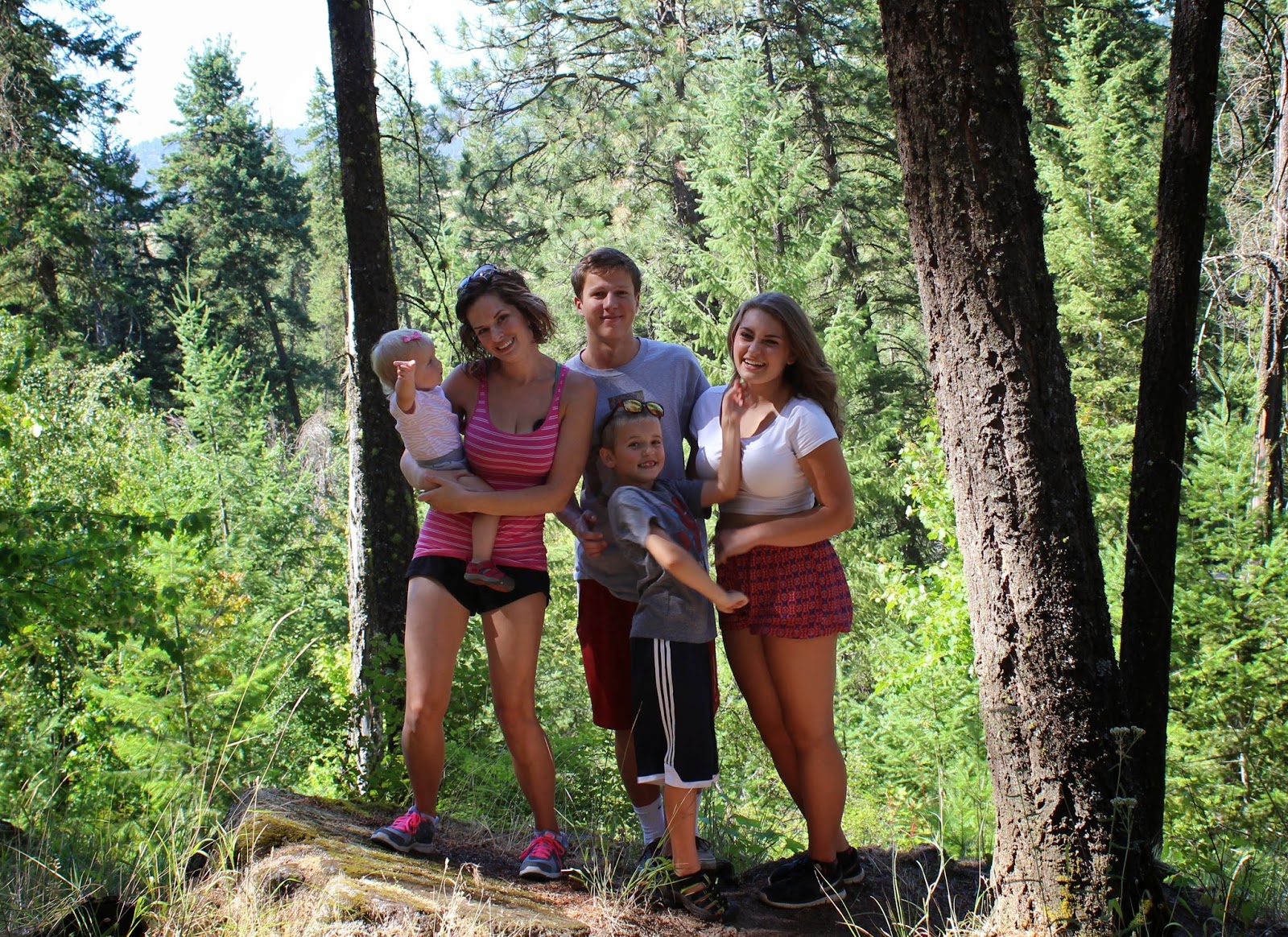 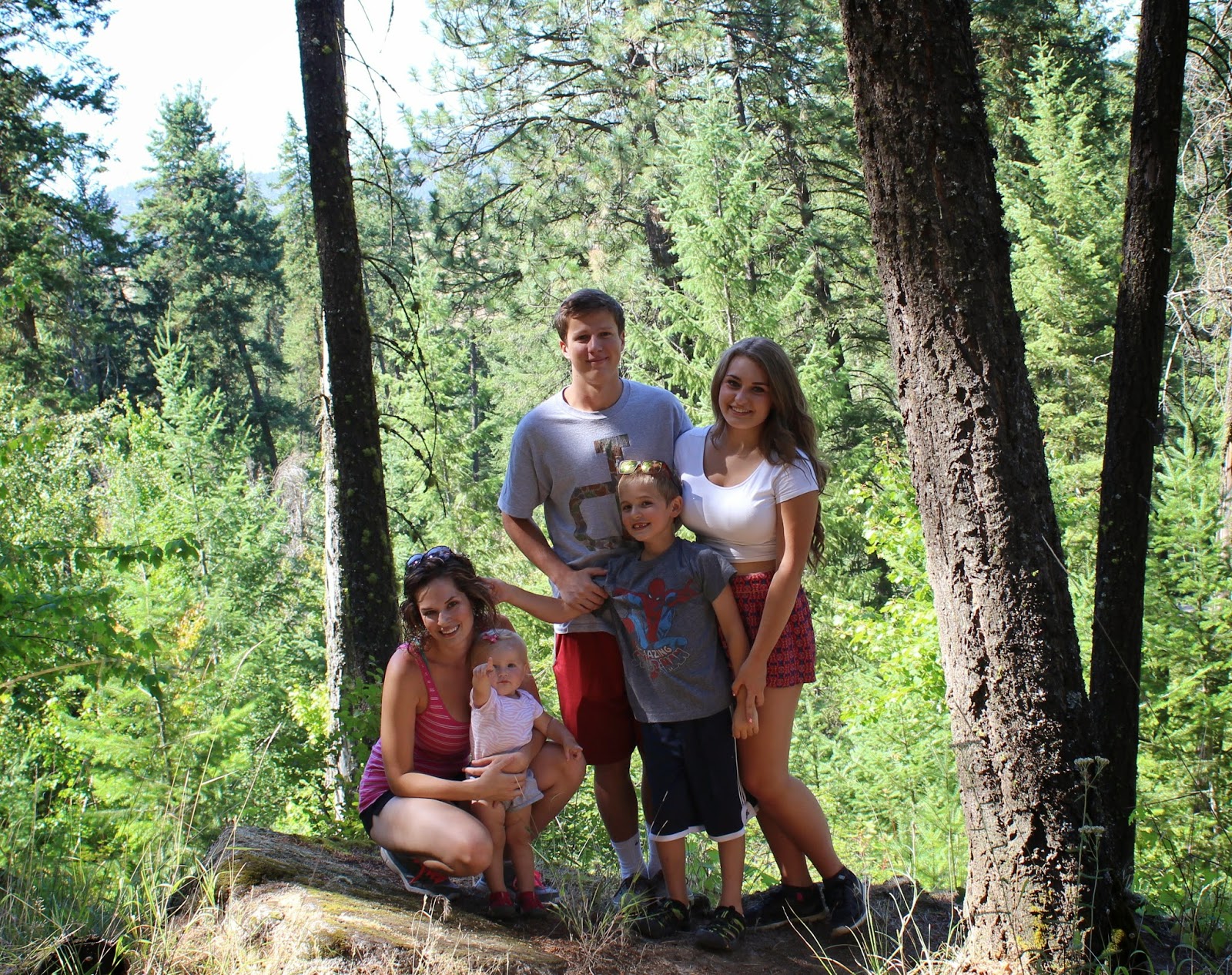 Again, my kids each smiling in different photos. I'm starting to think they do it on purpose!  Your turn.  Now yours. 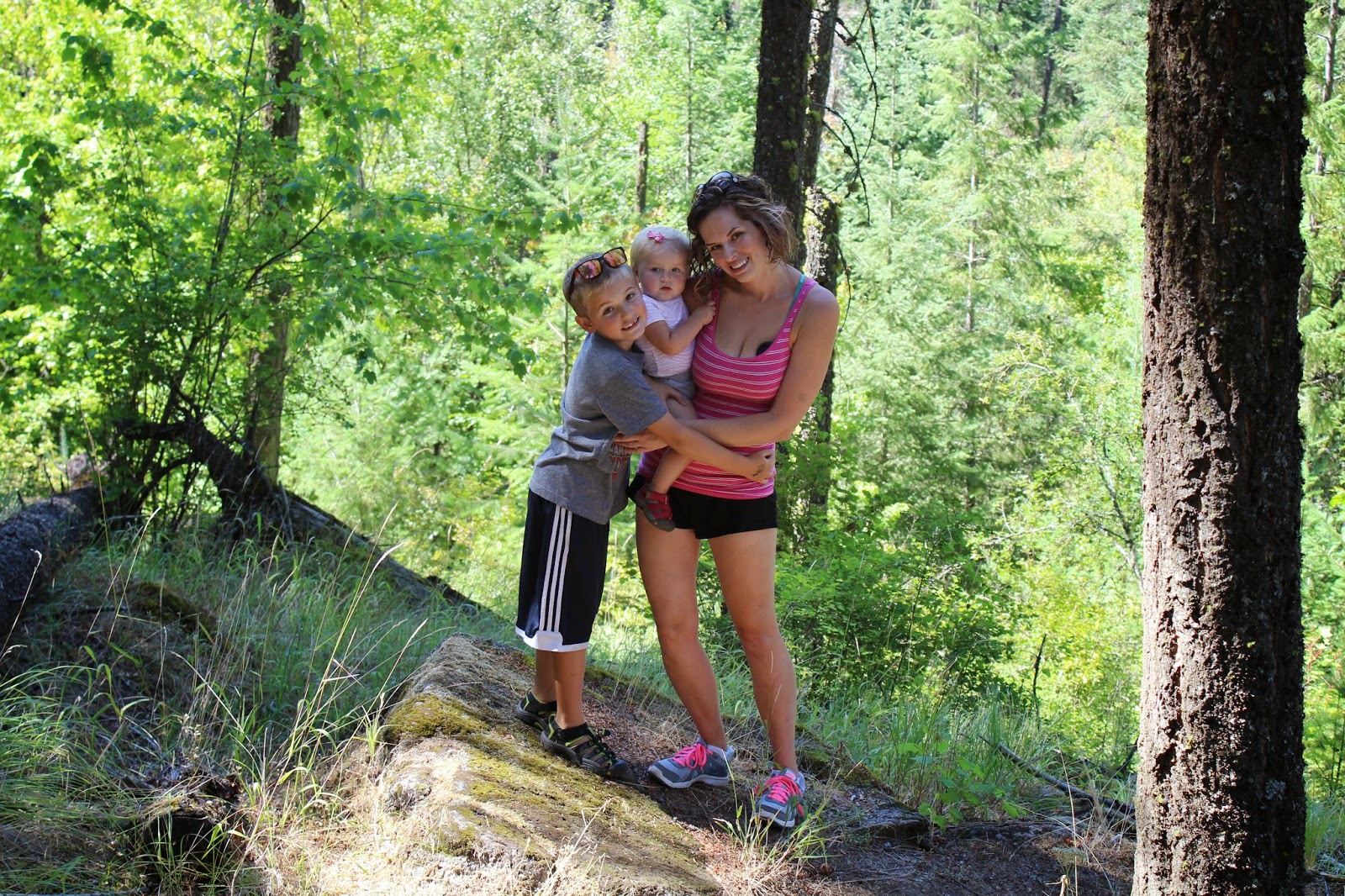 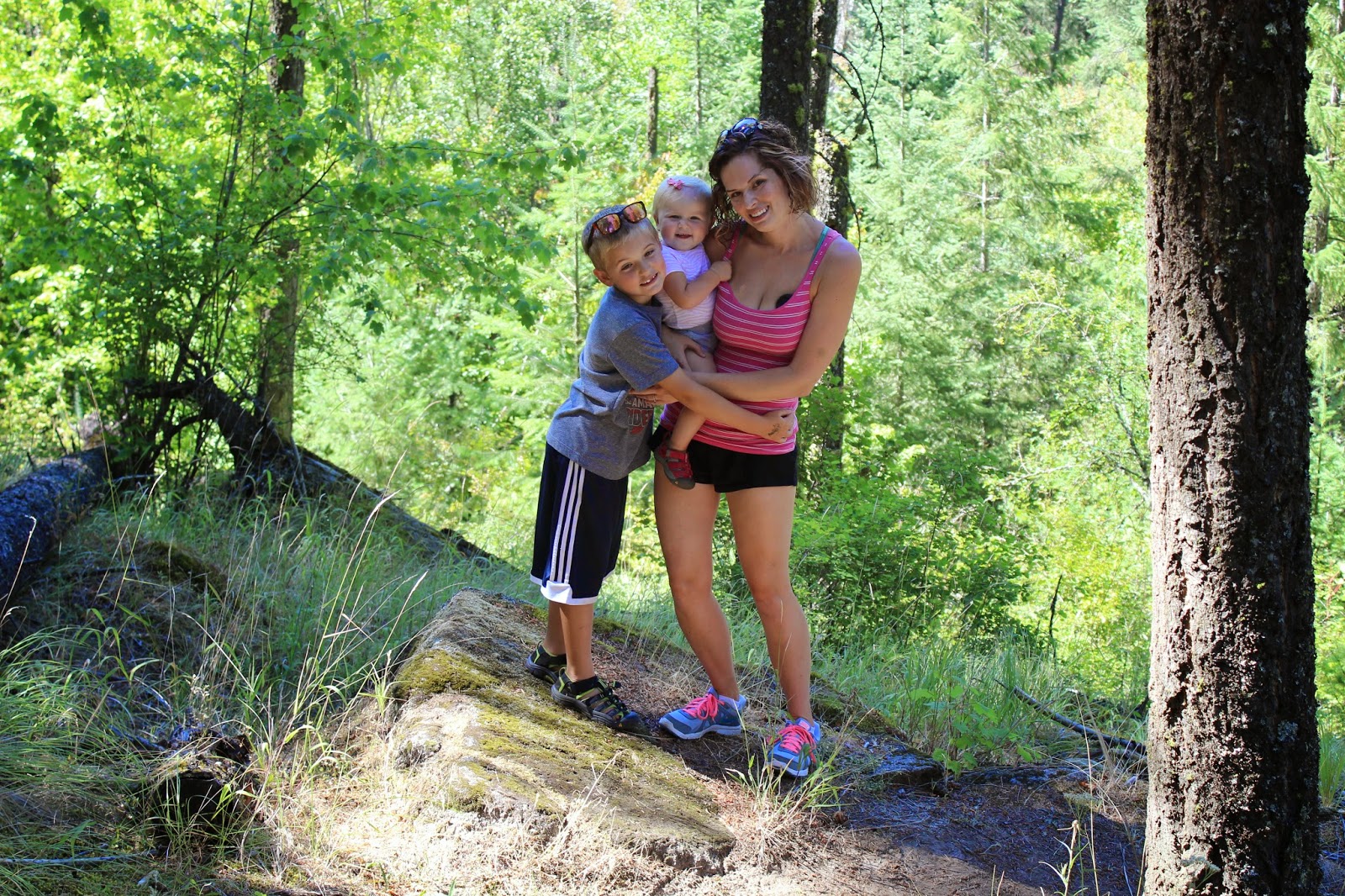 We had fun!  Now we're off to do it again.  This time somewhere not so uphill!