Preston Gets A Booster

Preston has been asking for a booster seat for almost two years now. Ever since he saw that his best friend Zack has one. Poor kid was stuck with his convertible car seat that went up yo eighty pounds.  And what I thought was fifty-seven inches.  Only it actually went to fifty-one inches.  Good thing I just happened to check since Preston is fifty-one point five inches right now.

So he got a booster seat! 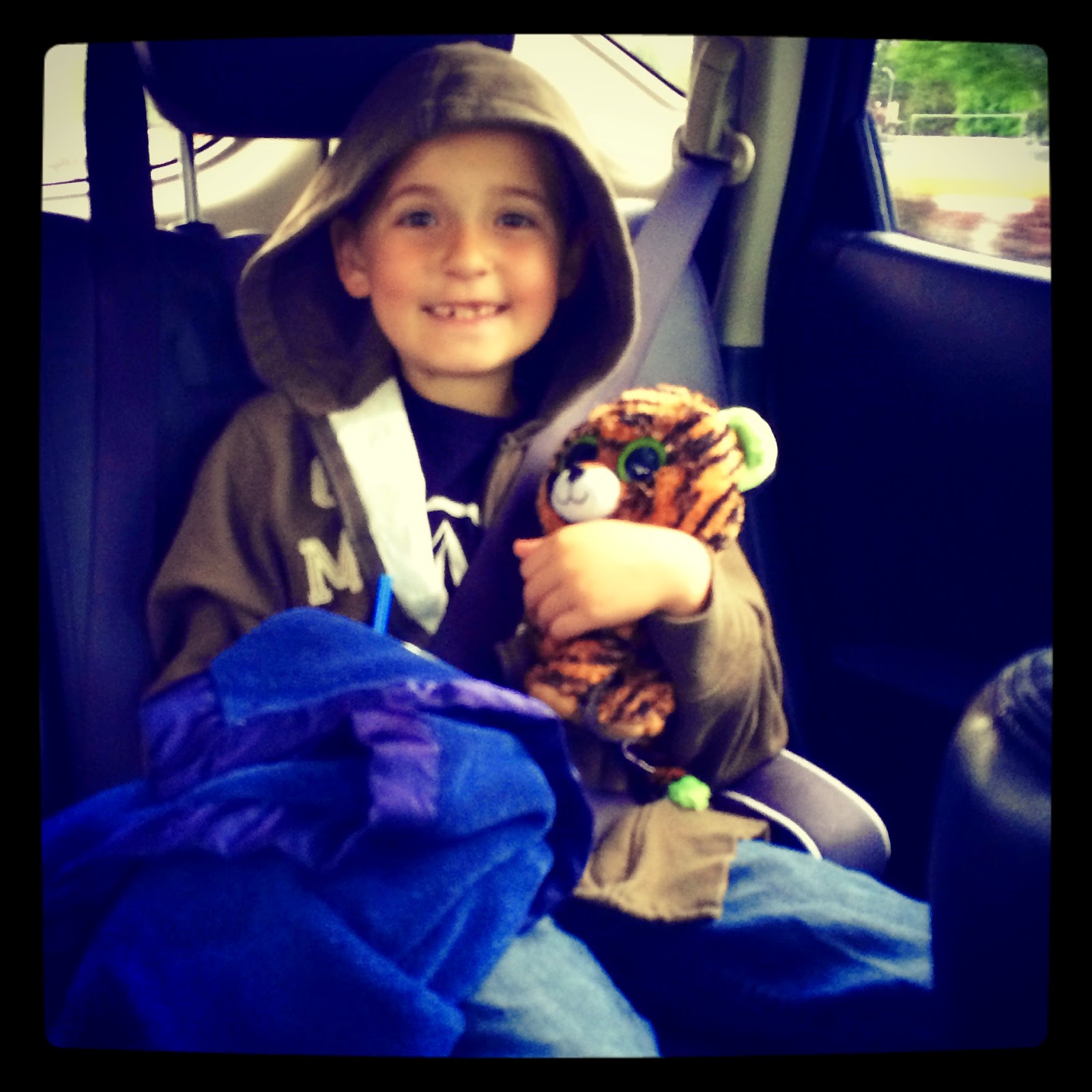 Can you tell he was excited?

We had a big talk about how with great power comes great responsibility.  He didn't think me copying Spiderman was nearly as funny as I did.  But really we did have some big talks about how having a booster seat does come with some serious responsibility and he's in charge of sitting in his seat right and making sure he's still safe.

At least I can still pretend that he's my baby boy when he's sitting in his big boy car seat holding his little blue blankie and stuffed kitty.