Preston lost another tooth!! His fourth! And first front tooth. It is darn near the cutest thing.

It put up quite the fight. He went to eat lunch and somehow the damn thing had twisted itself around and upside down? I don't even know how that happened. And it was bleeding a little bit. Preston totally freaked out. I might have freaked a little bit when I saw how twisted it was and yet still having on. After trying to twist it back and realizing that wasn't going to happen. I tried giving it a tug. Nope. Preston tried tugging it and couldn't do it. Finally I had this brilliant idea to use his toothbrush to "brush" it out. 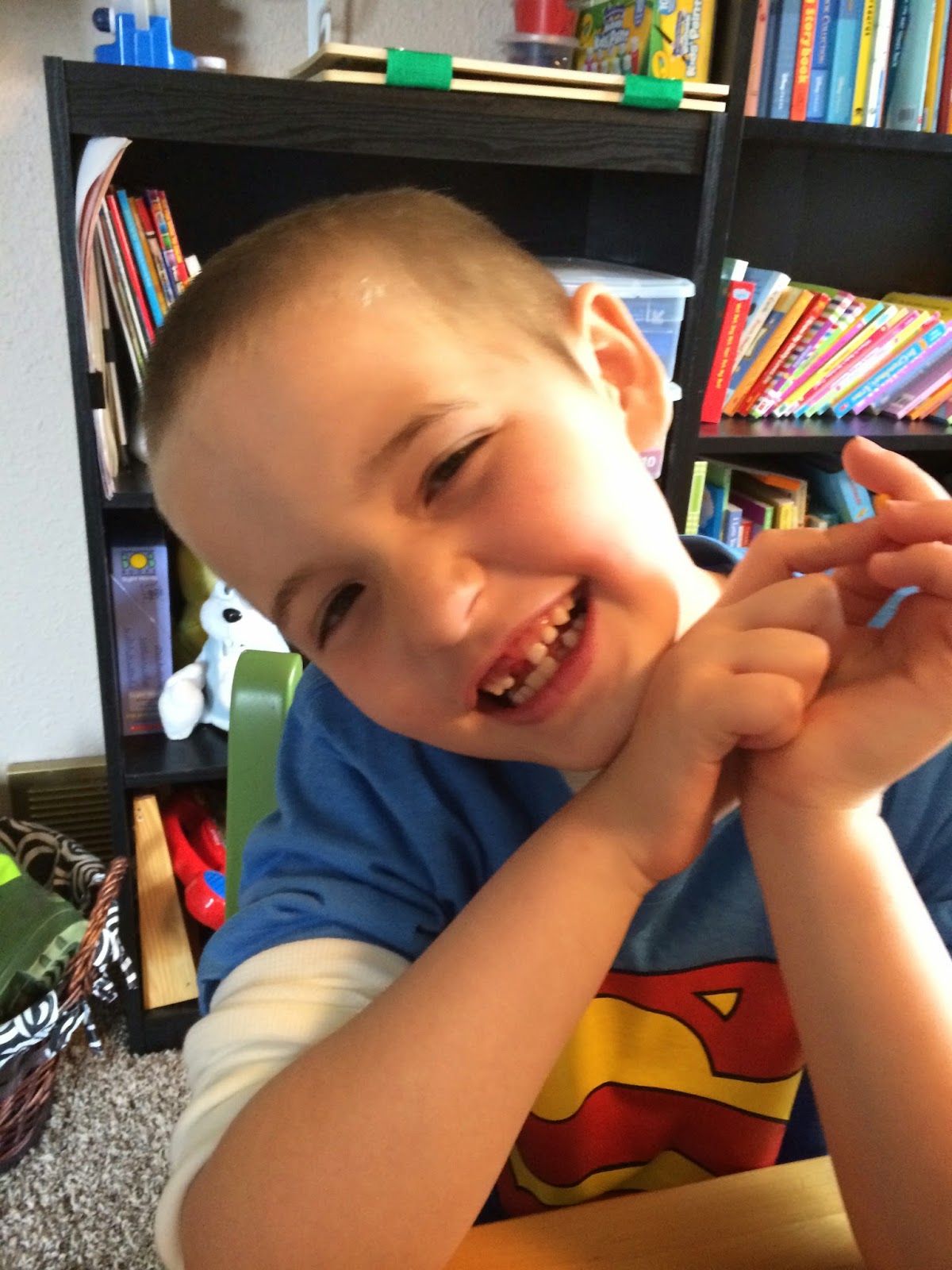 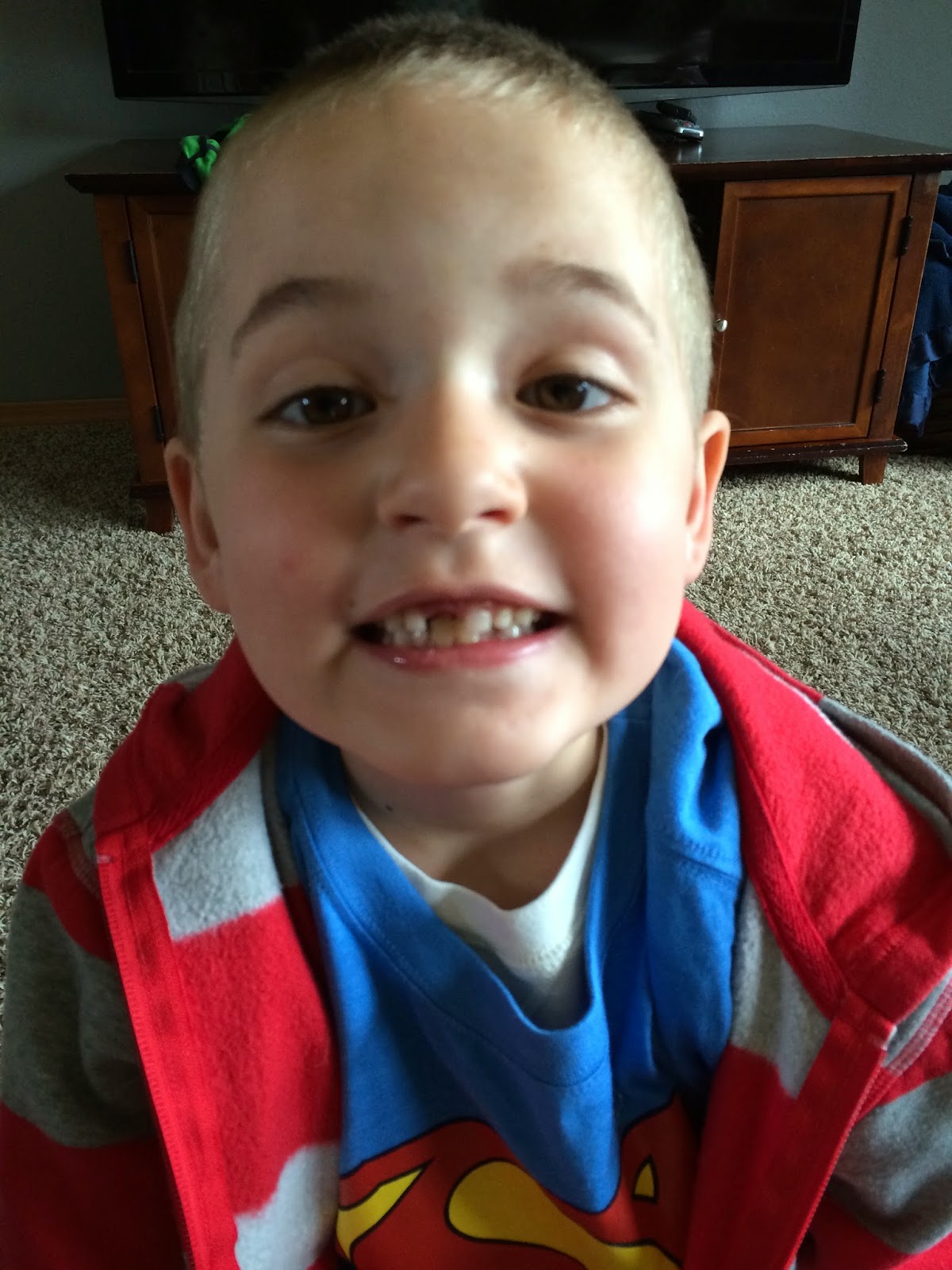 He was so excited!  And did I mention cute!

He even talks with a little lisp now.  It kills me.