Preston wanted to play outside with friends after school so we all played outside!

While the boys raced on their bikes, I chased Olivia around and tried to keep her from eating chalk.  Let's be real, from eating too much chalk.  Girlfriend is sneaky! 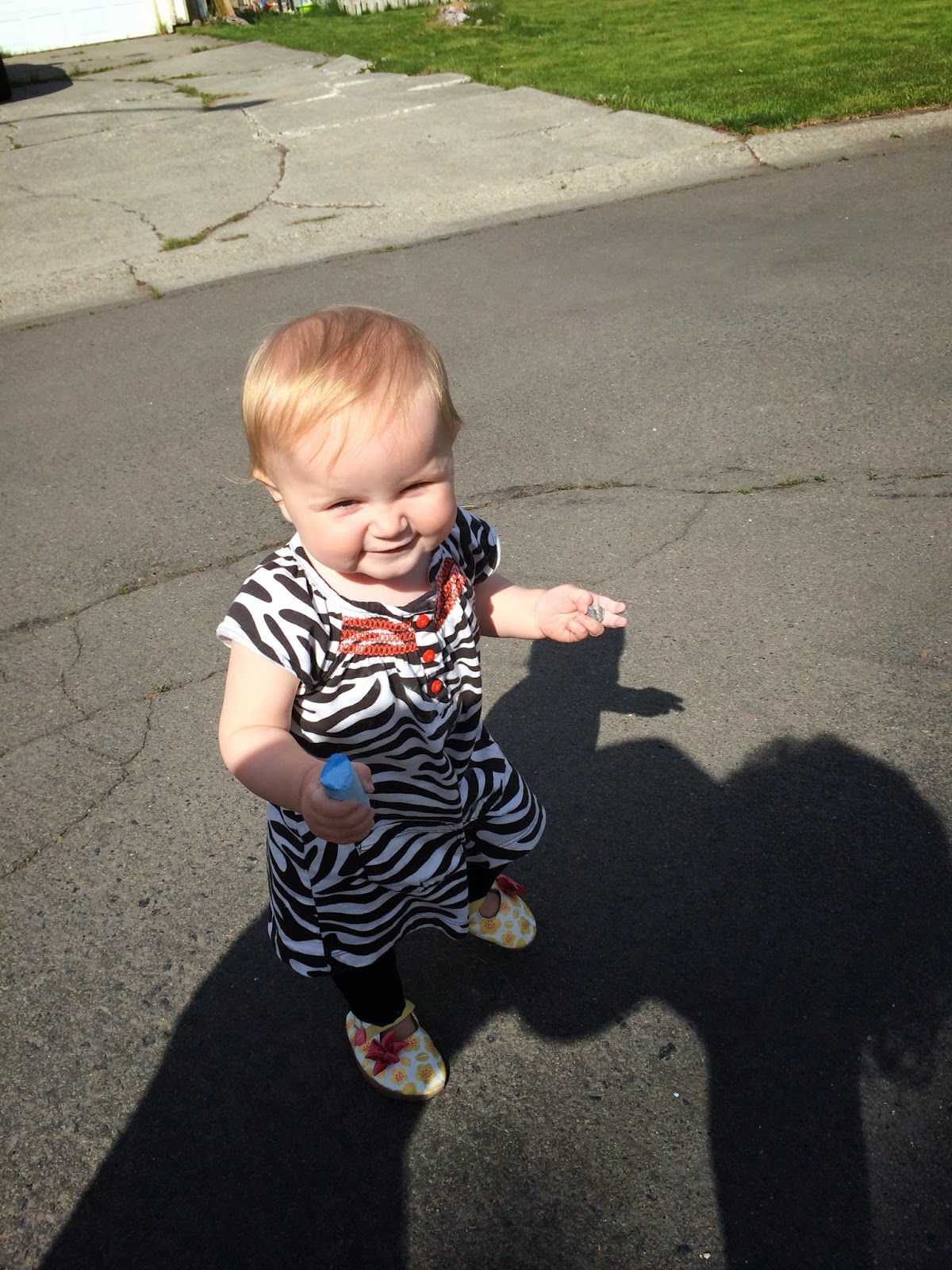 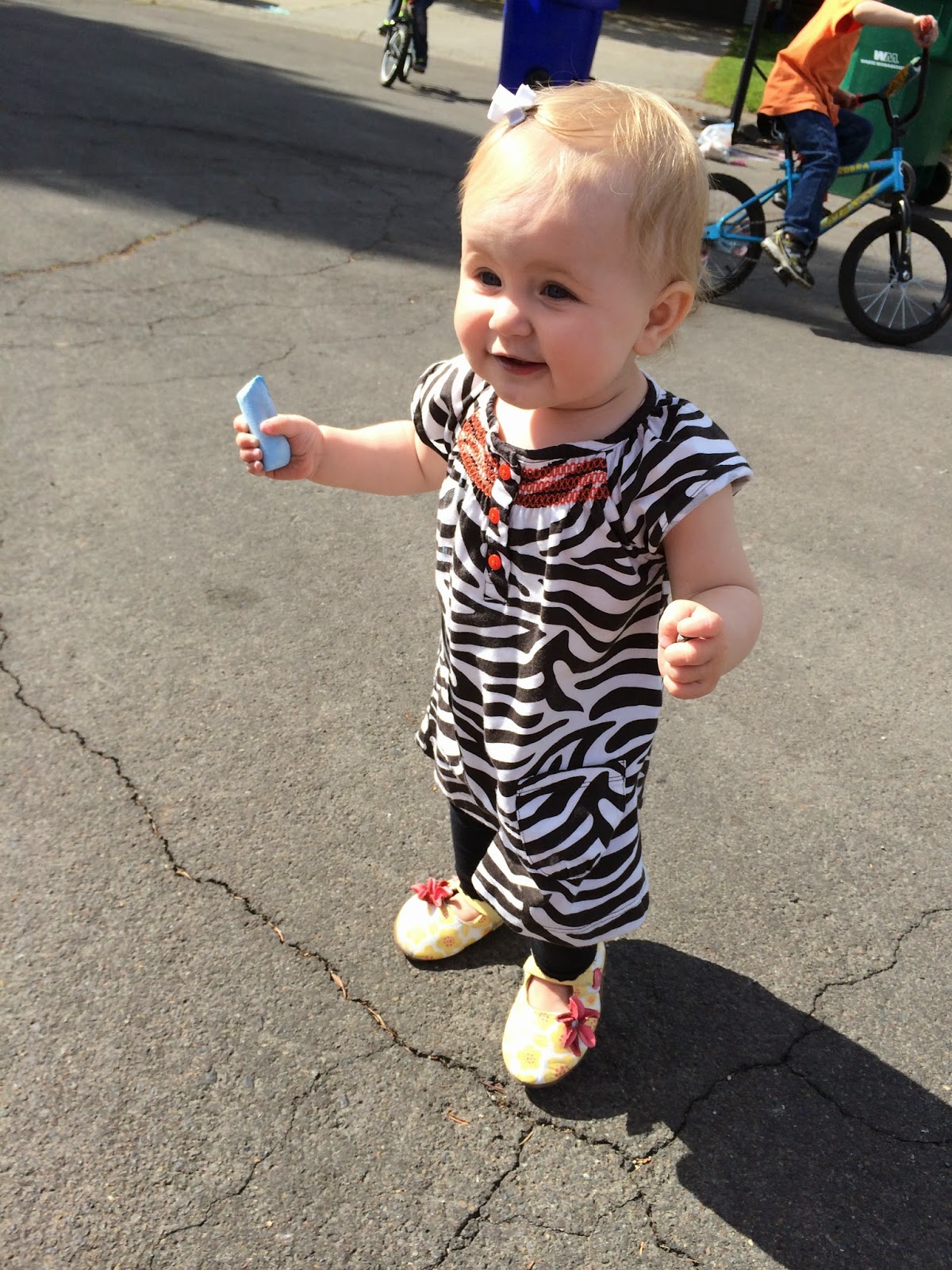 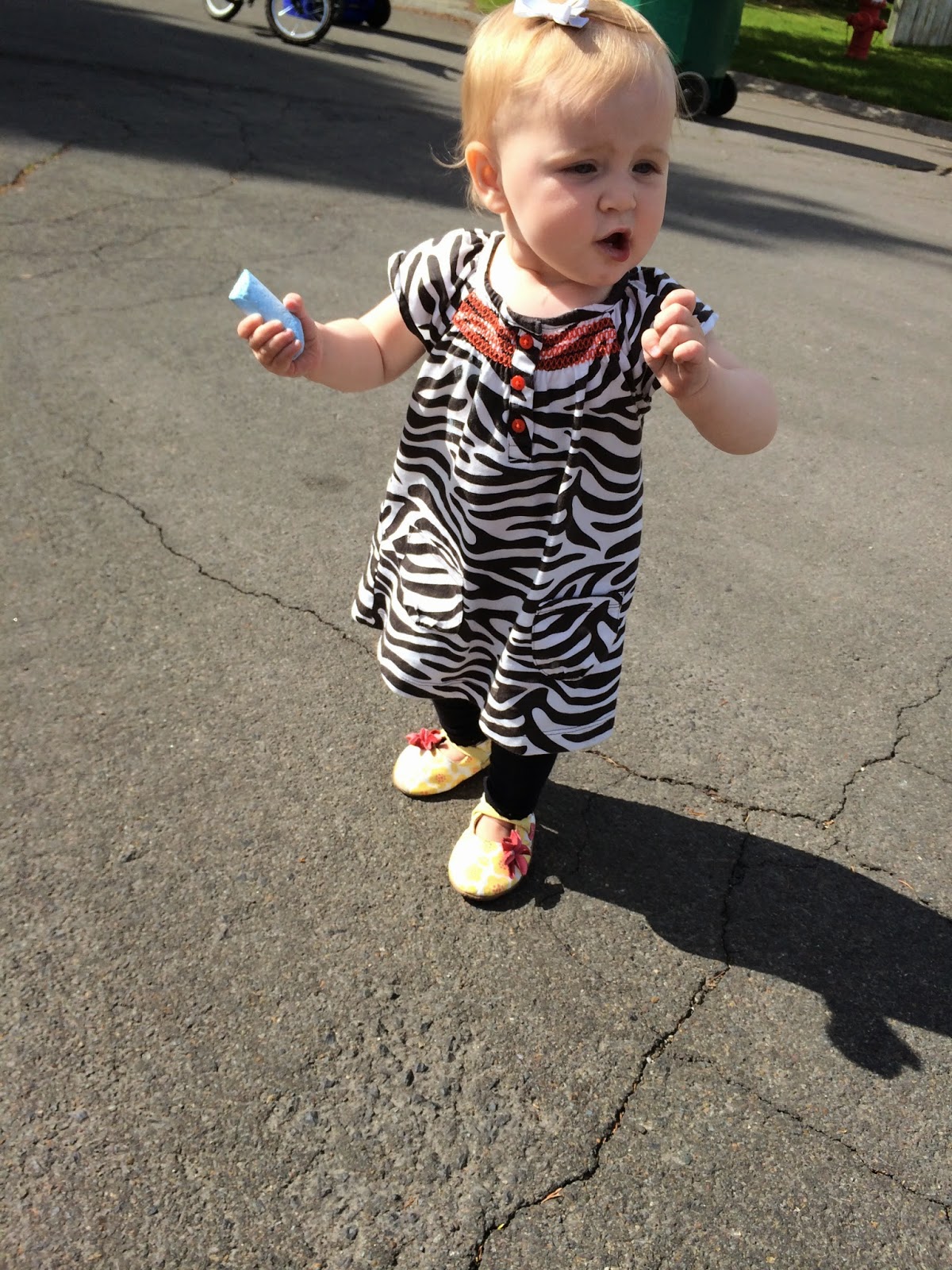 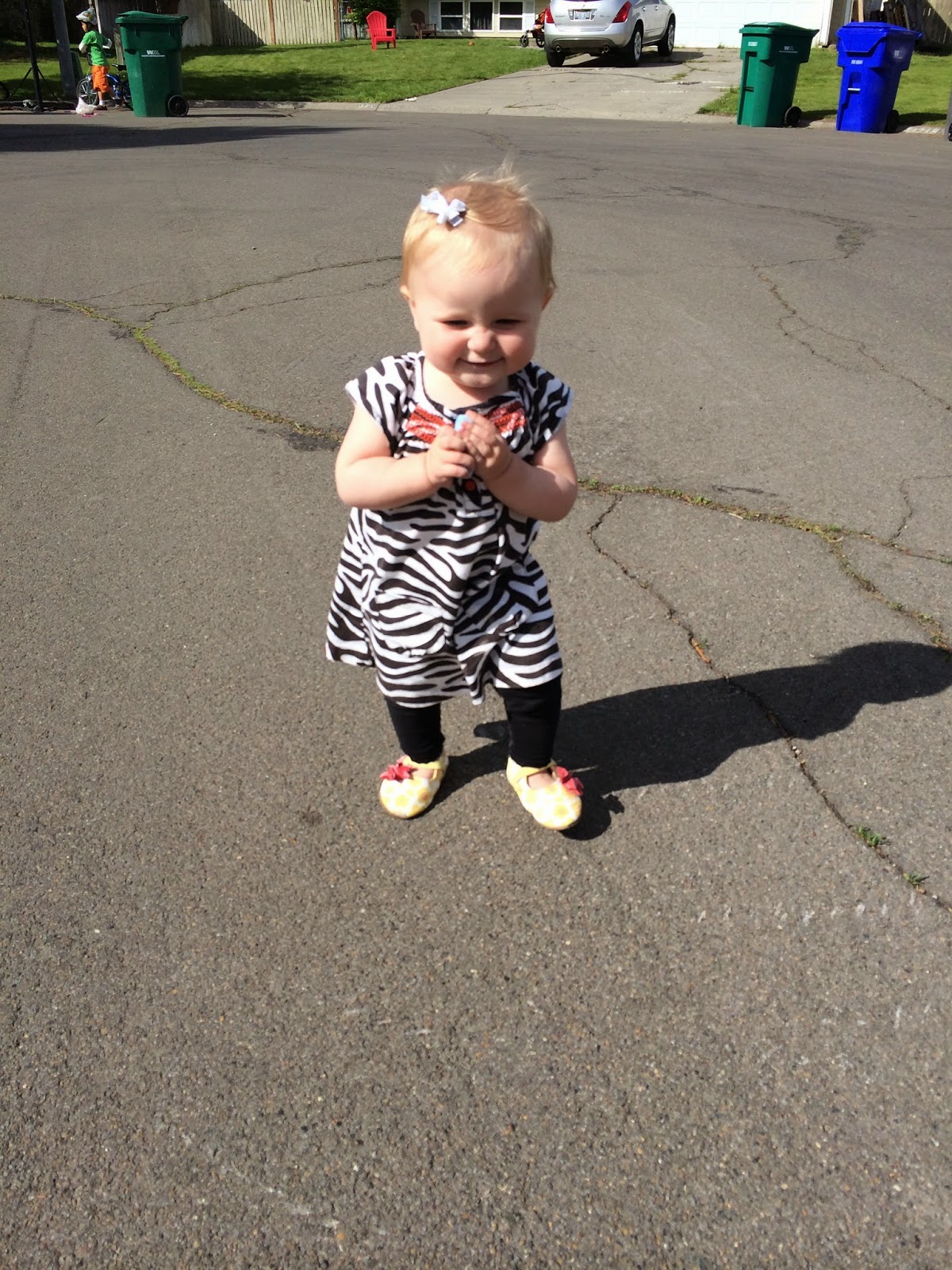 If I tried to take the chalk from her she would act like she was going to draw with it.  I'm telling you she is smart! 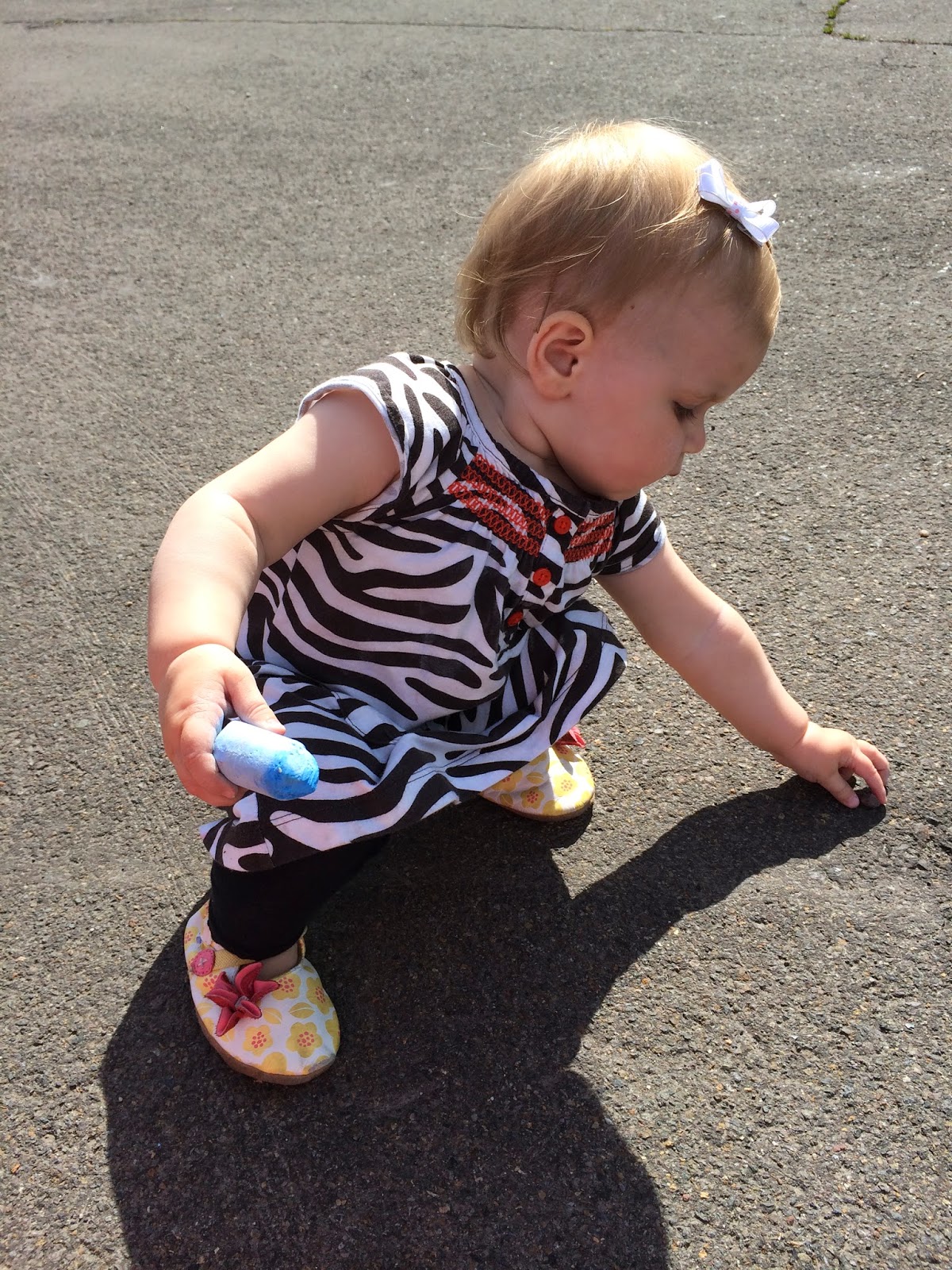 It's very very light but that blue is her little chalk drawing. 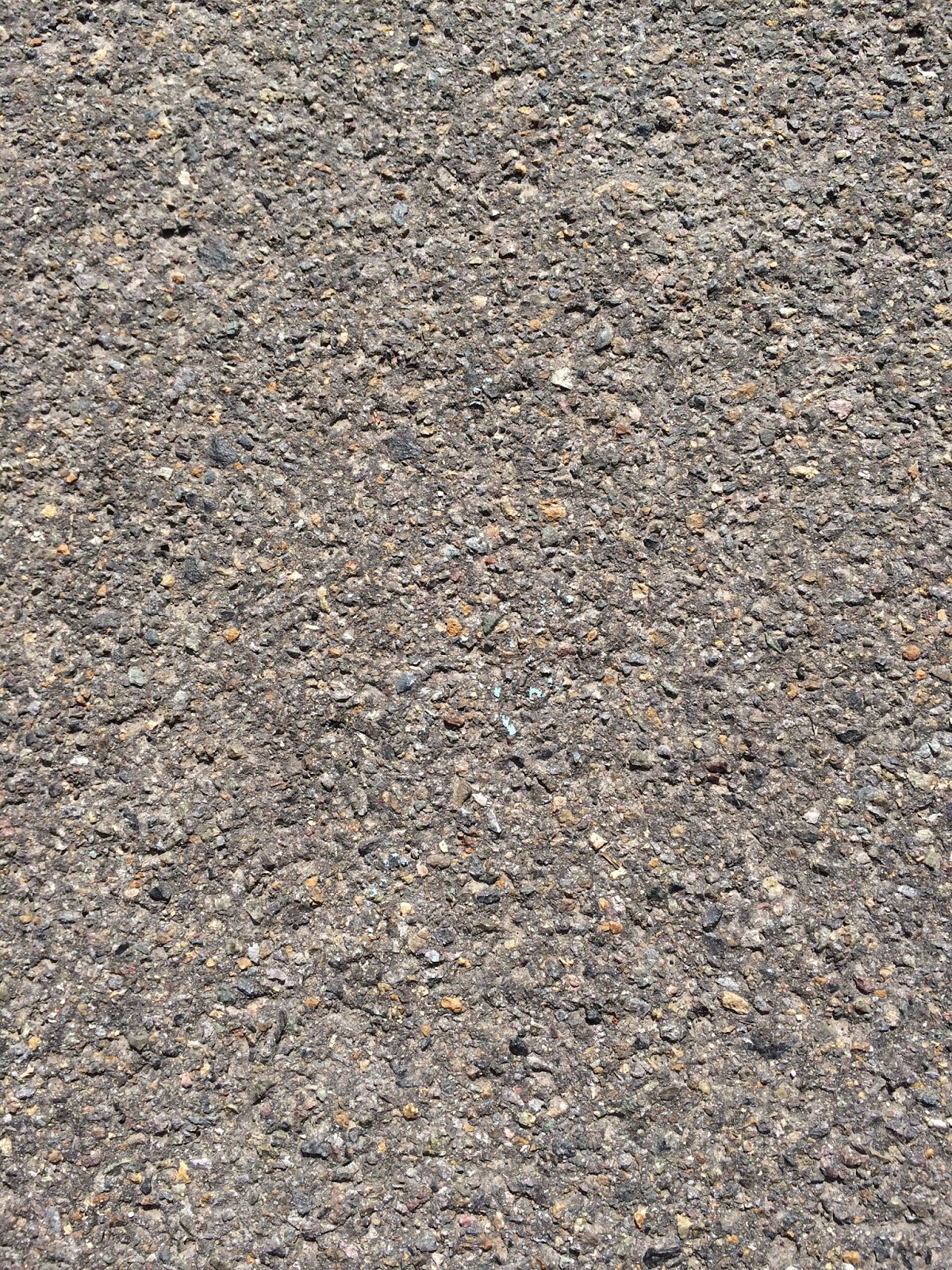 Yes, she knows she's cute.  Also she's hiding the chalk from me! 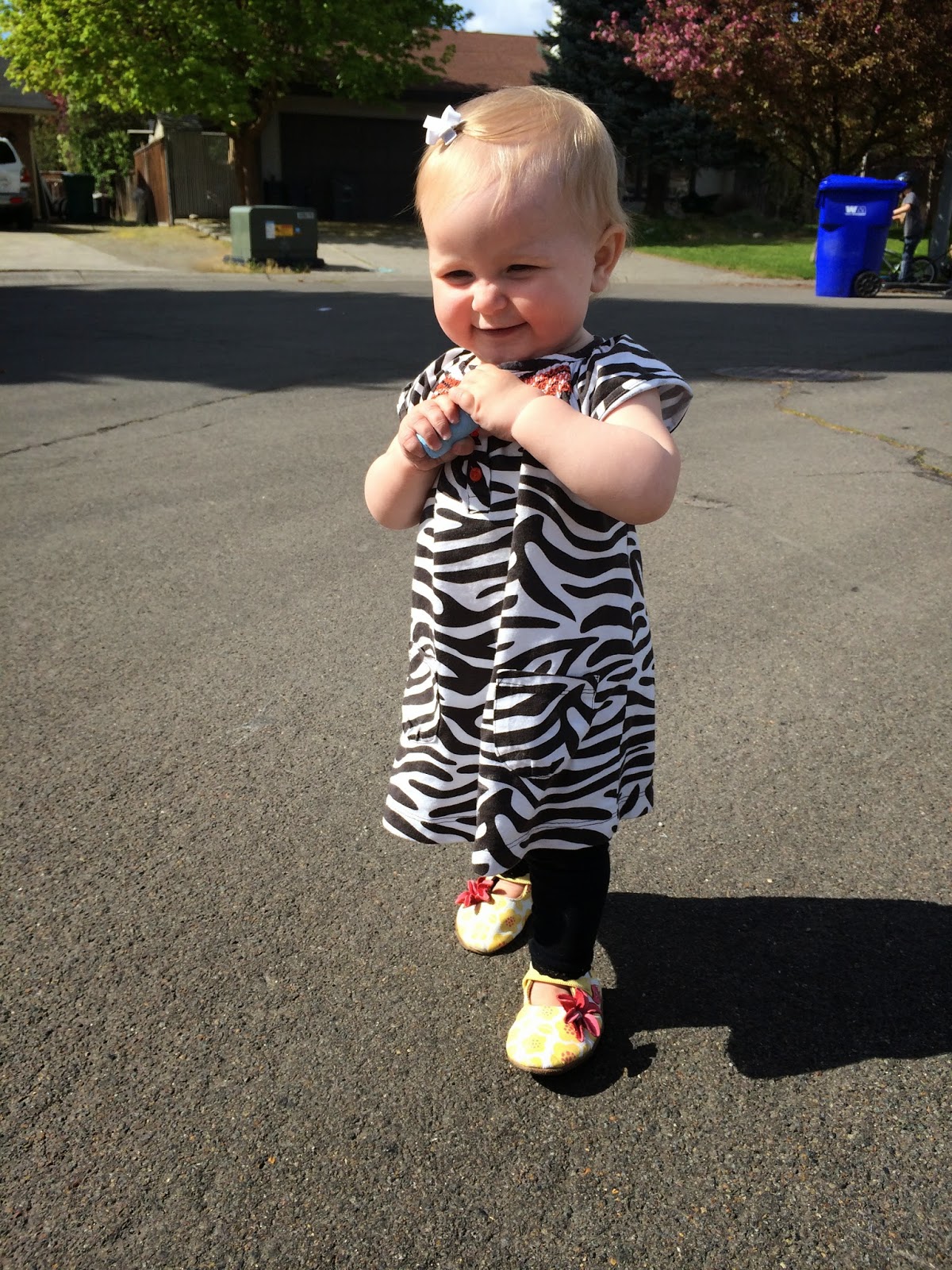 Attempting to run from me with her chalk. 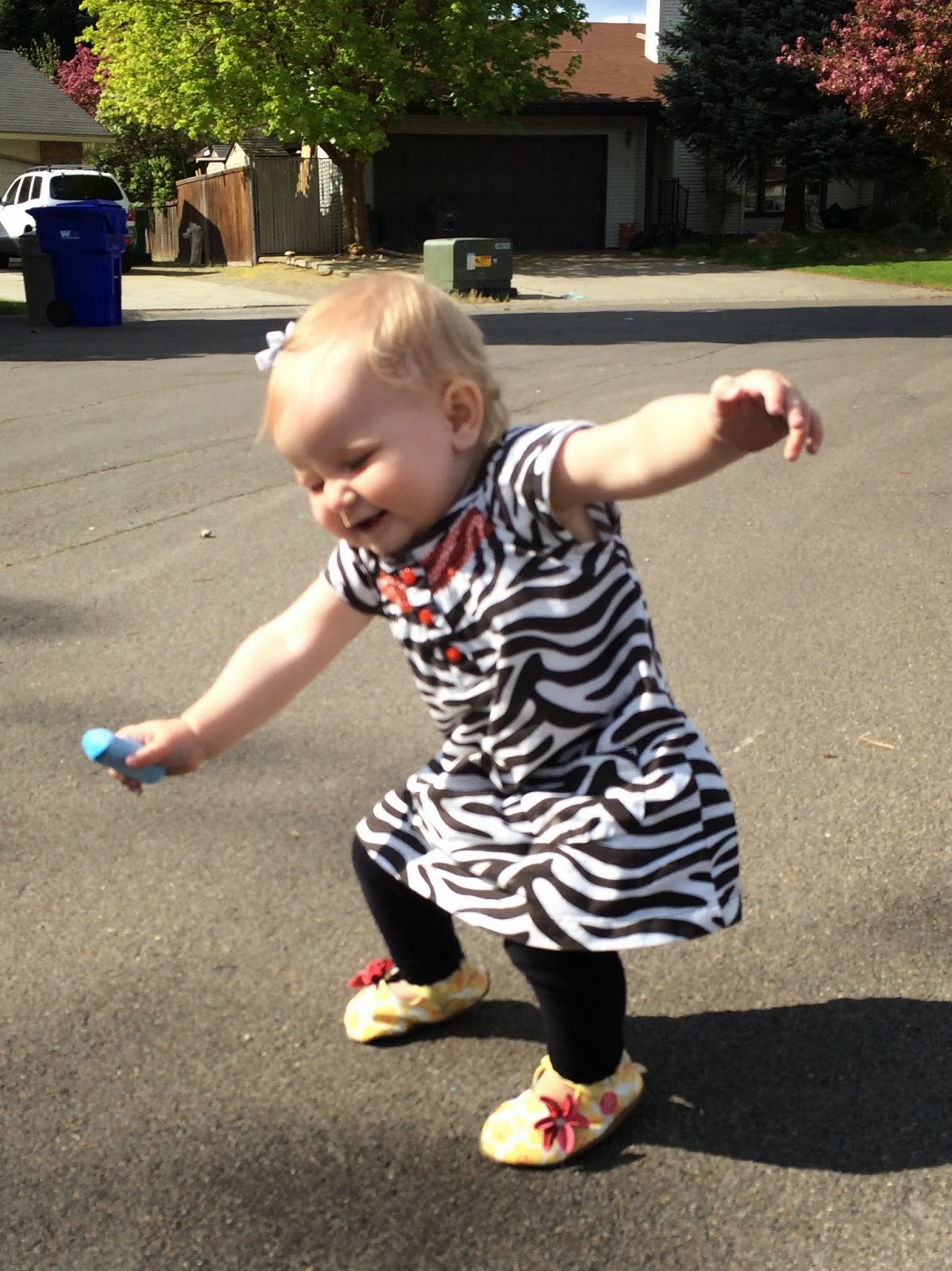 Getting her draw on. 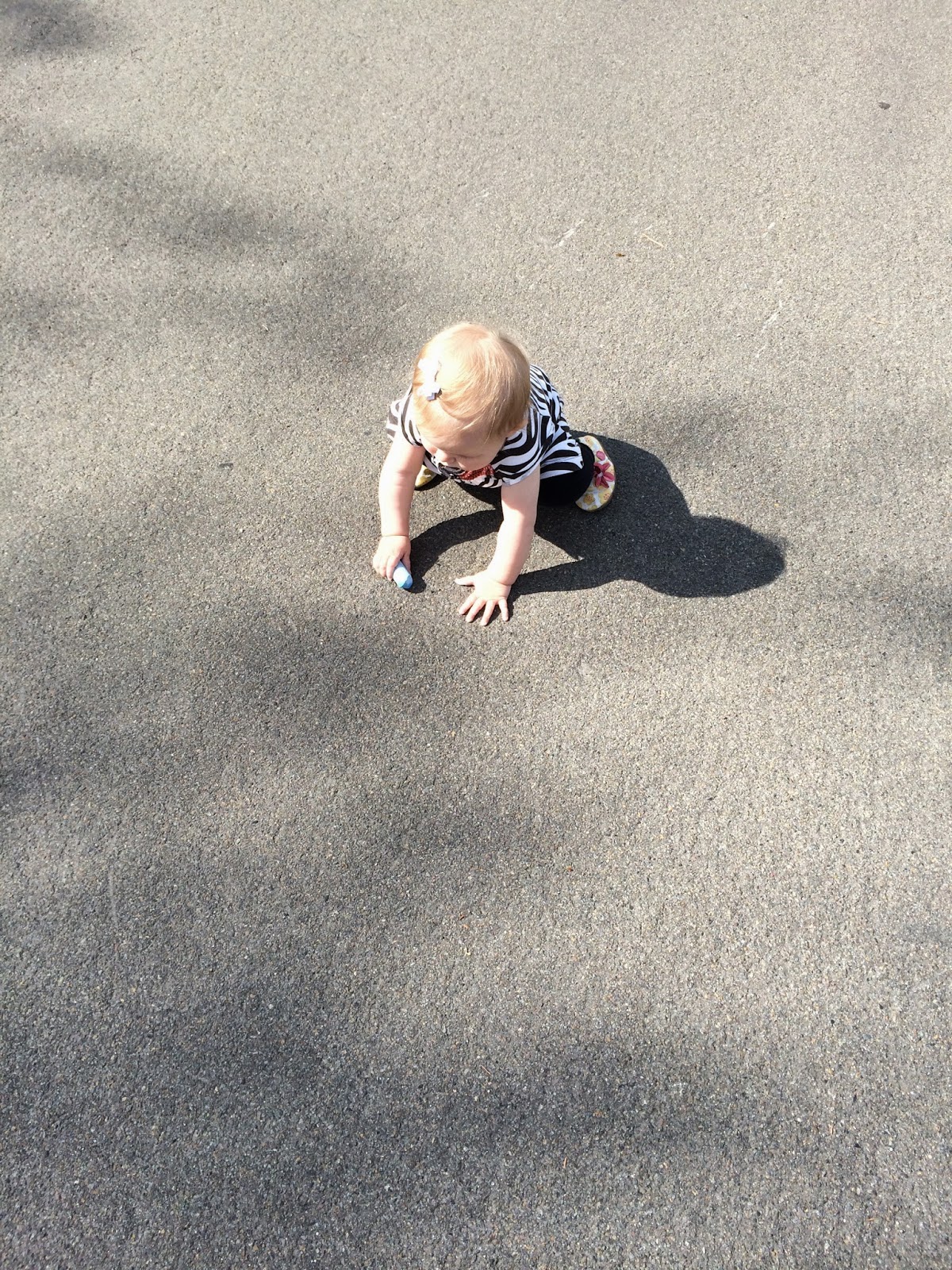 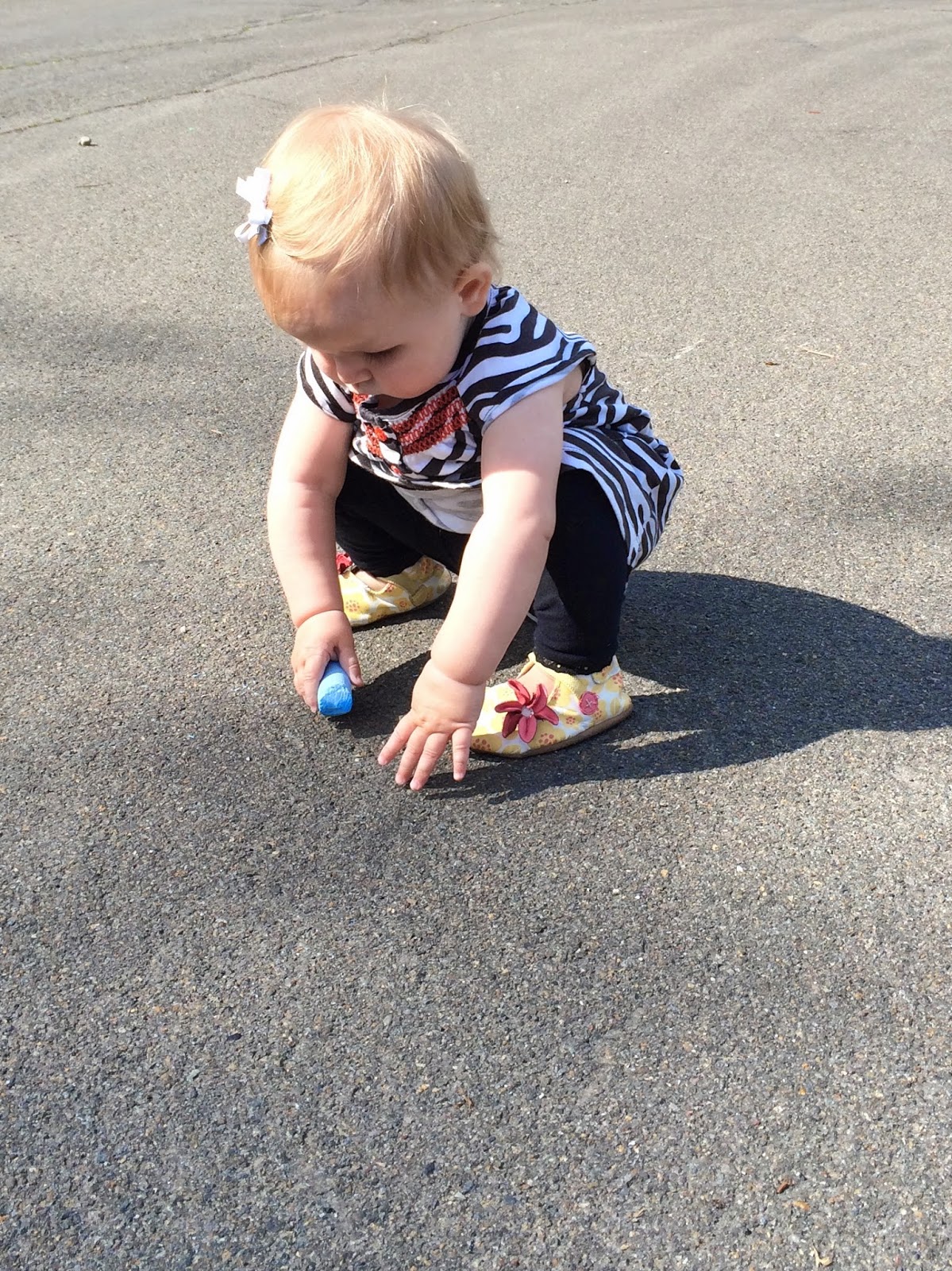 Preston racing James.  I'm not sure how the races turned from both of them being on their bikes to one of them running.  But gooooooooo Preston! 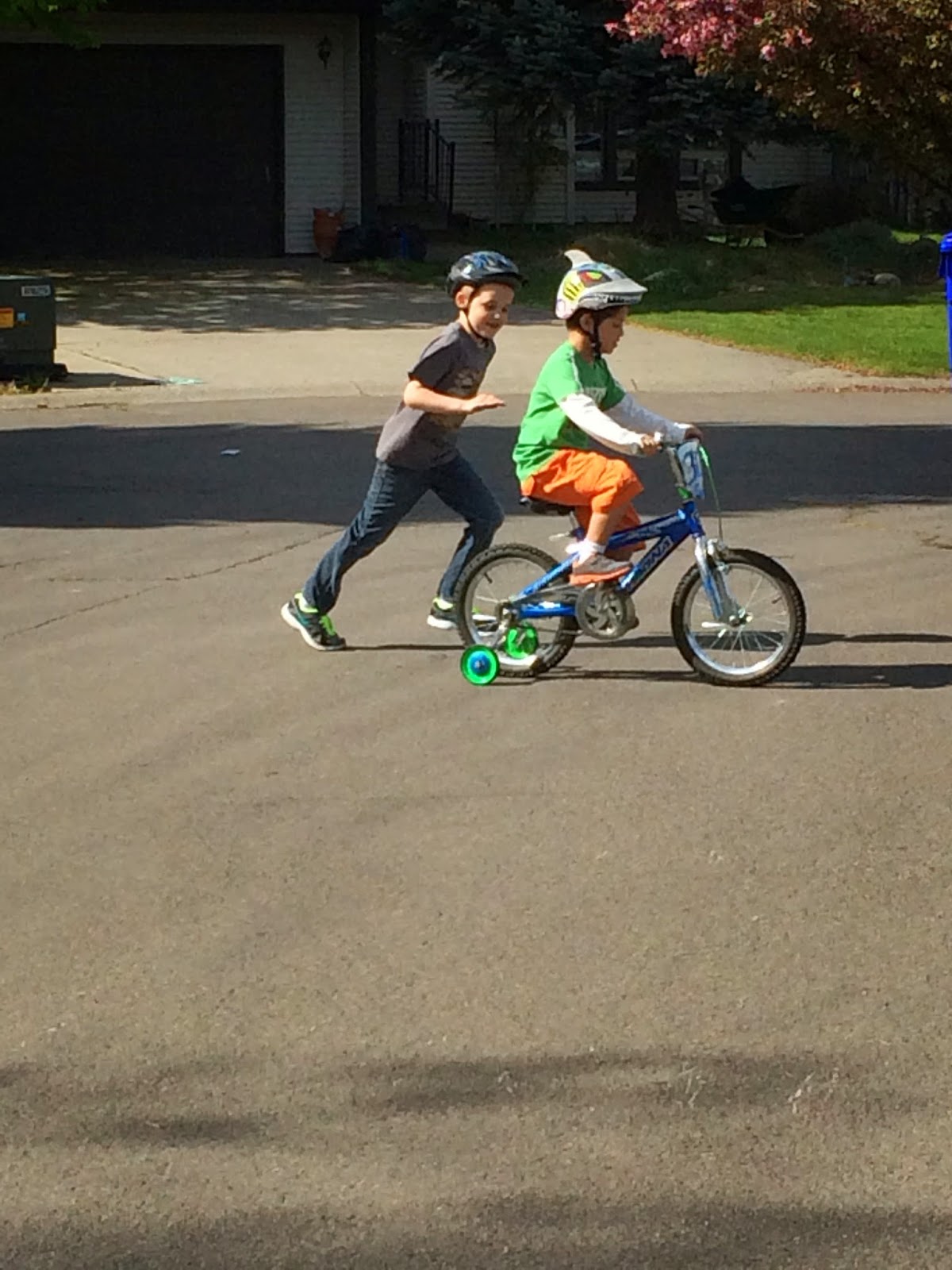 Preston has been LOVING drawing with the chalk this year!  I love it! 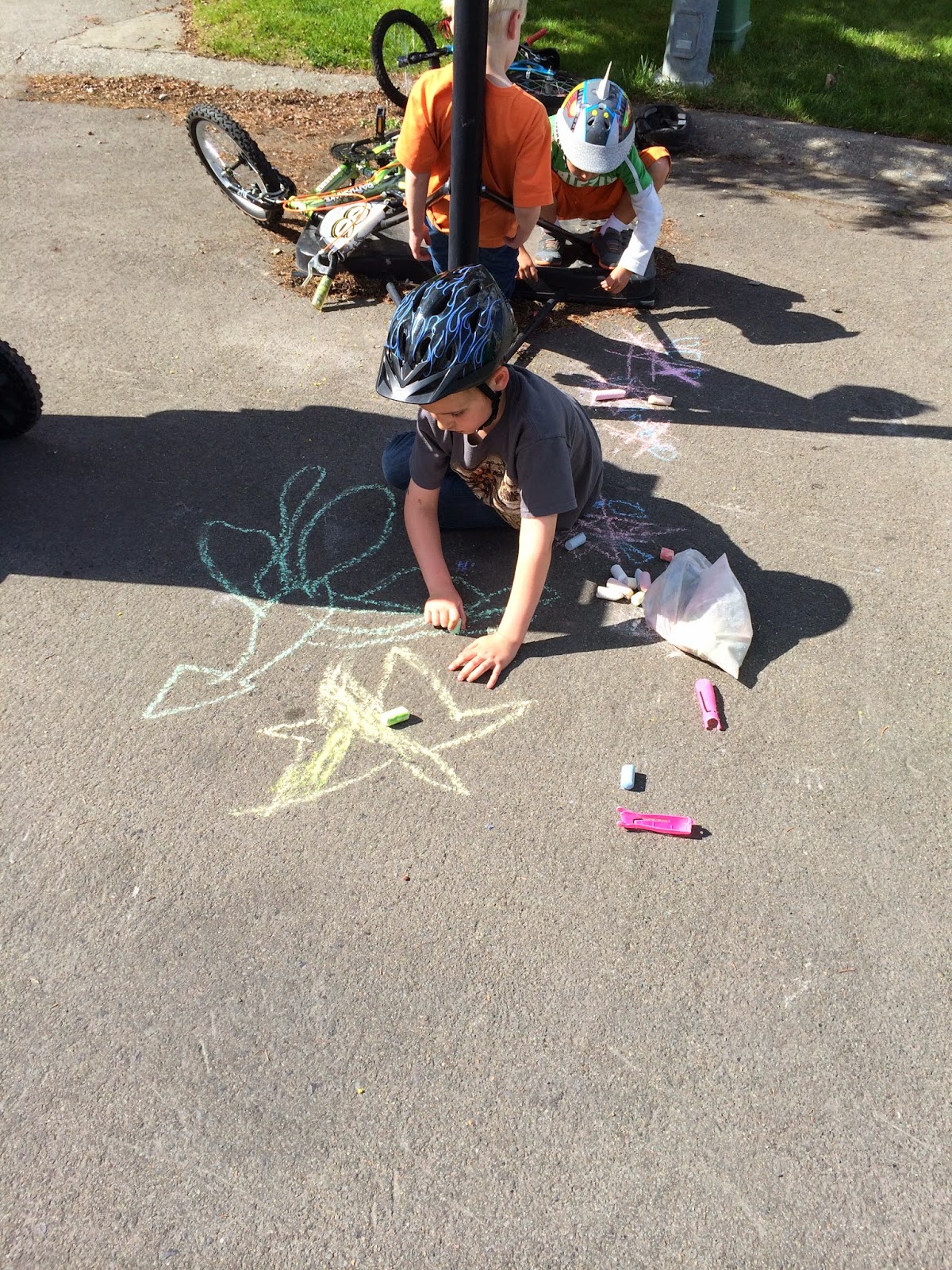 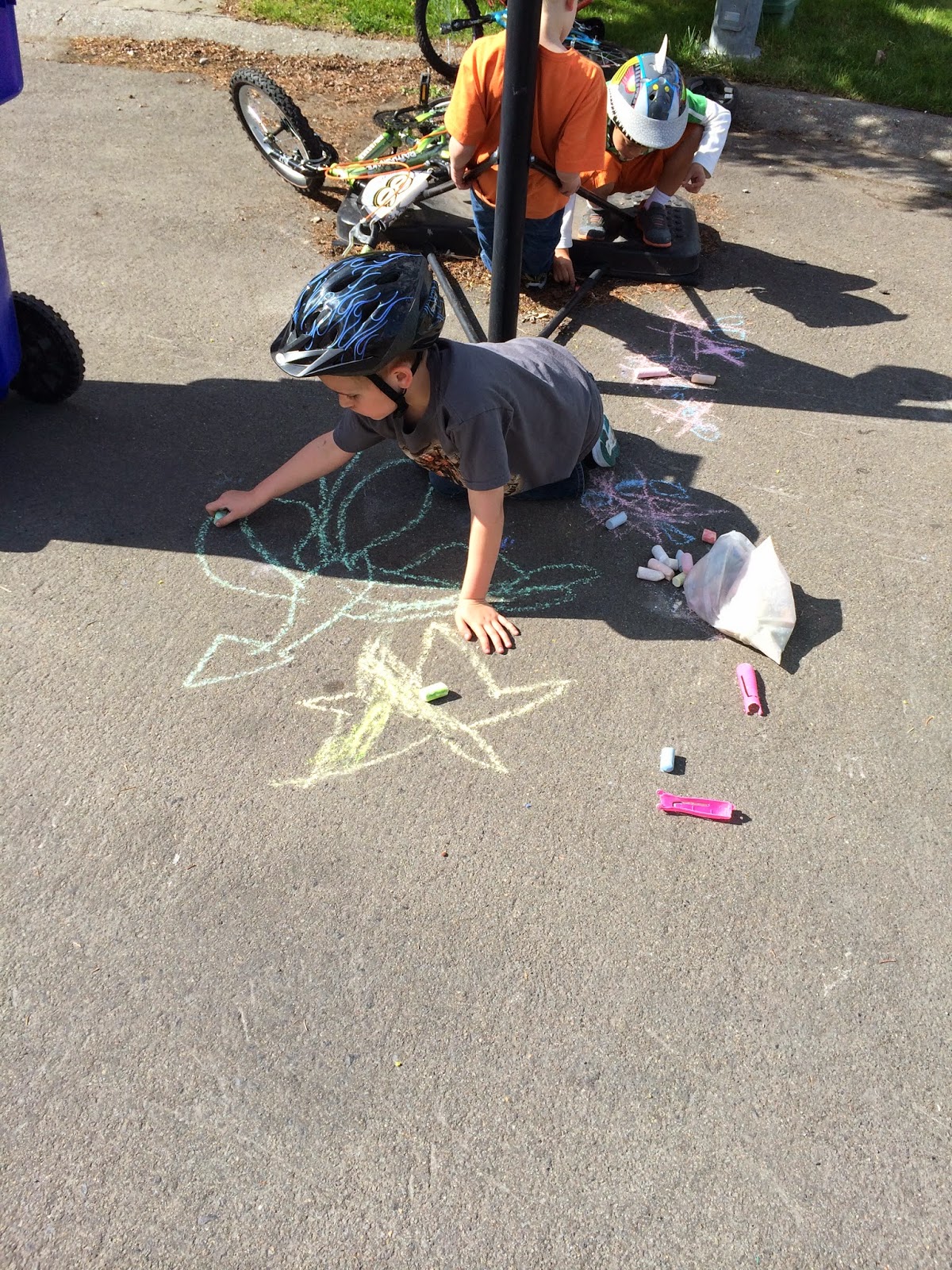 Preston and Ben drawing some sharks! 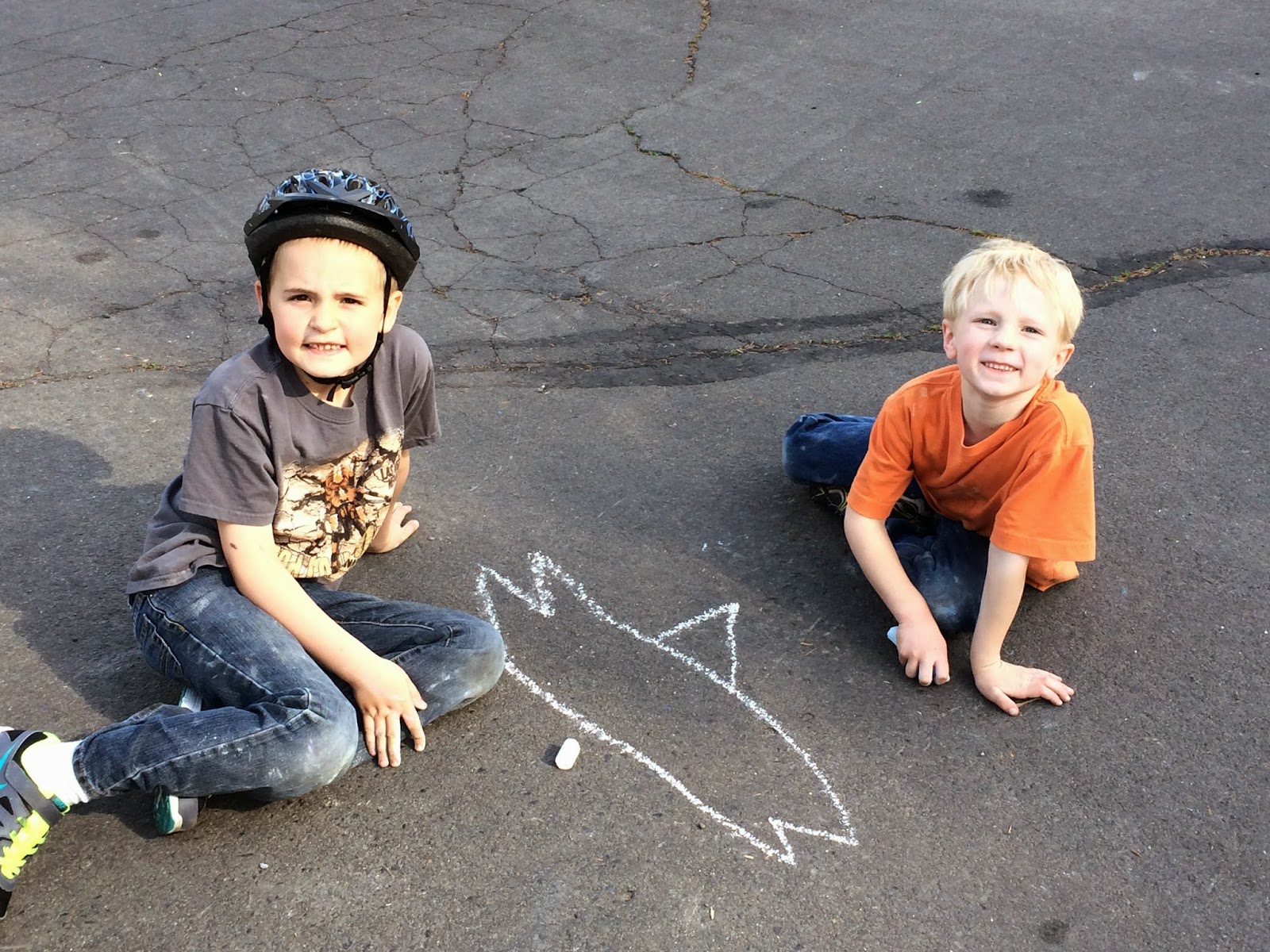 Preston's favorite thing to draw outside is undersea creatures! Sharks and whales and squids. He wants to draw all of them. They end up all over our walkway, our driveway, and then into the street! He can't draw enough of them!

If today is a sign of summer, I can't wait!