It was nice enough out today that for the second day in a row we went to the park after school with friends!

Preston was so excited and when I picked him up he kept insisting we walk over to the park to play because his friends were going to be there. Thatcher was going to be there we HAD to go. It was hilarious.

Today was more of the same. His friends were going to be there. We had to be there too.

The sun was shining so it's not like I needed a whole lot of convincing.

While Preston took off to play with his friends, Olivia made friends with Aubree!  At first Aubree was pretty interested in Olivia but then Livs realized there was a little girl about her size and poor Aubree couldn't have gotten rid of her if she tried.  I kept having to tell Olivia gentle and hover because she just wanted to grab onto Aubree and never ever let go! 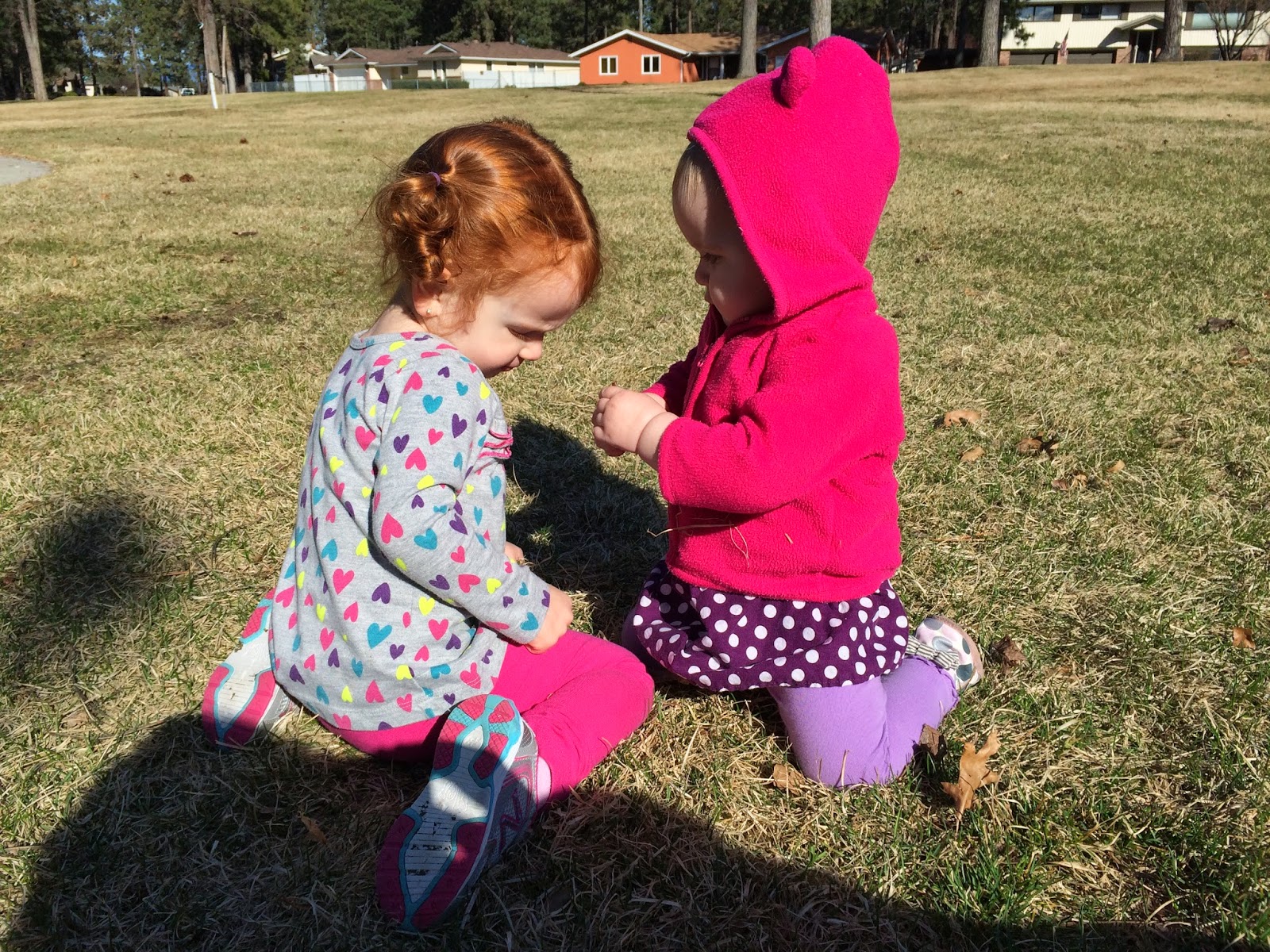 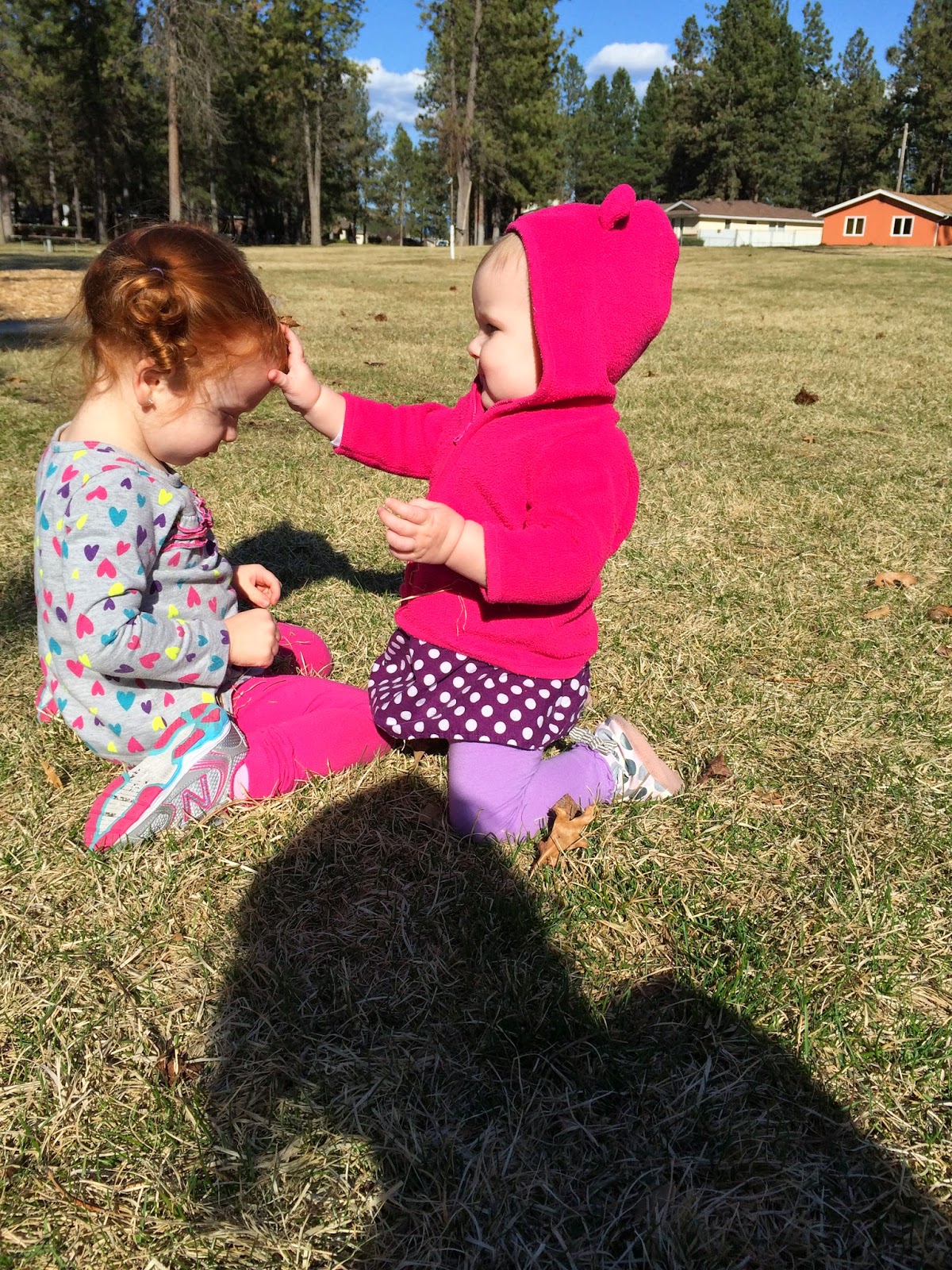 What happens when Preston comes over to say hello to his little sister. 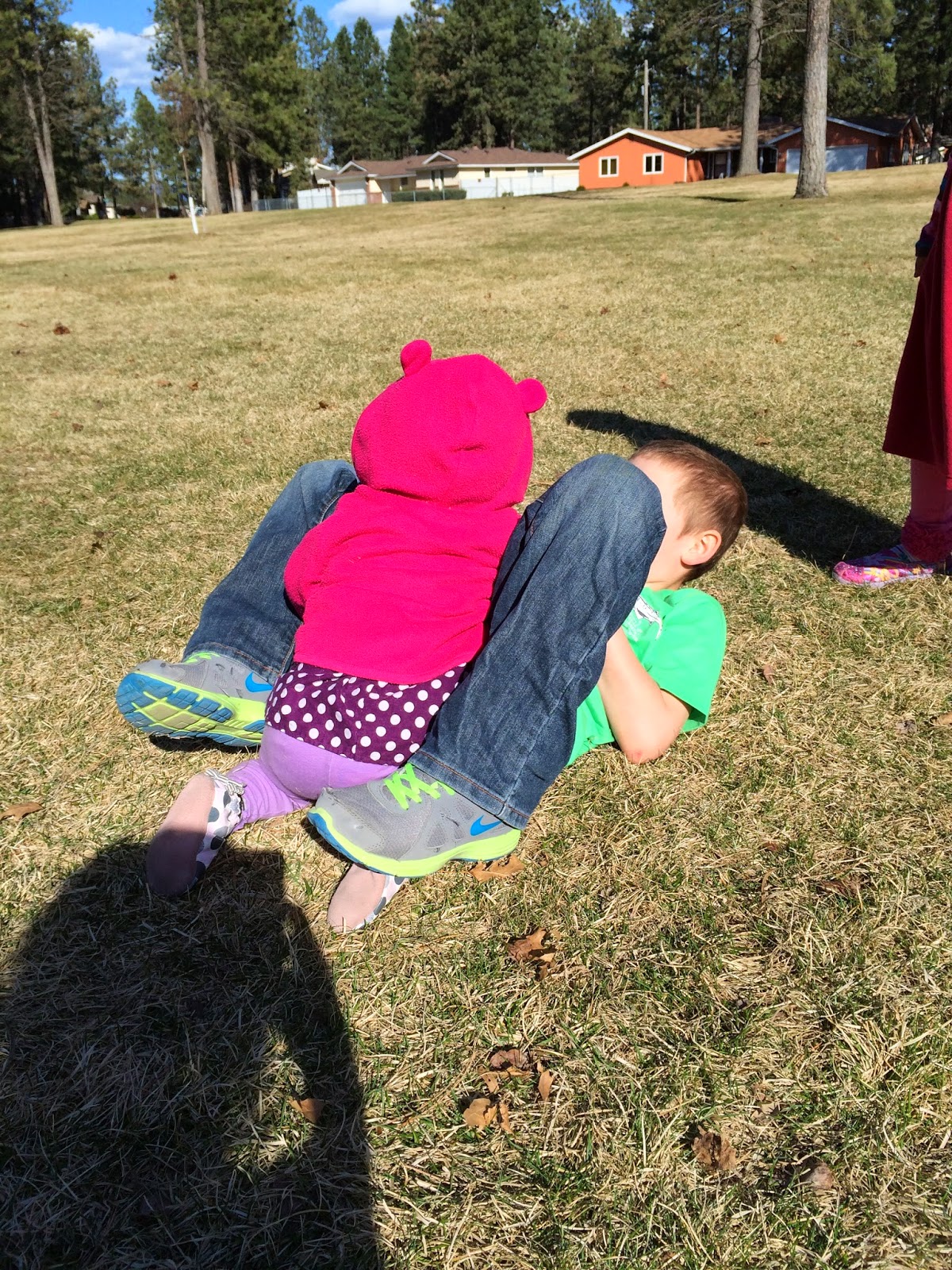 Poor Livs.  Preston stopped and said hello and played for a minute and then was off with friends again.  She wanted to play too! 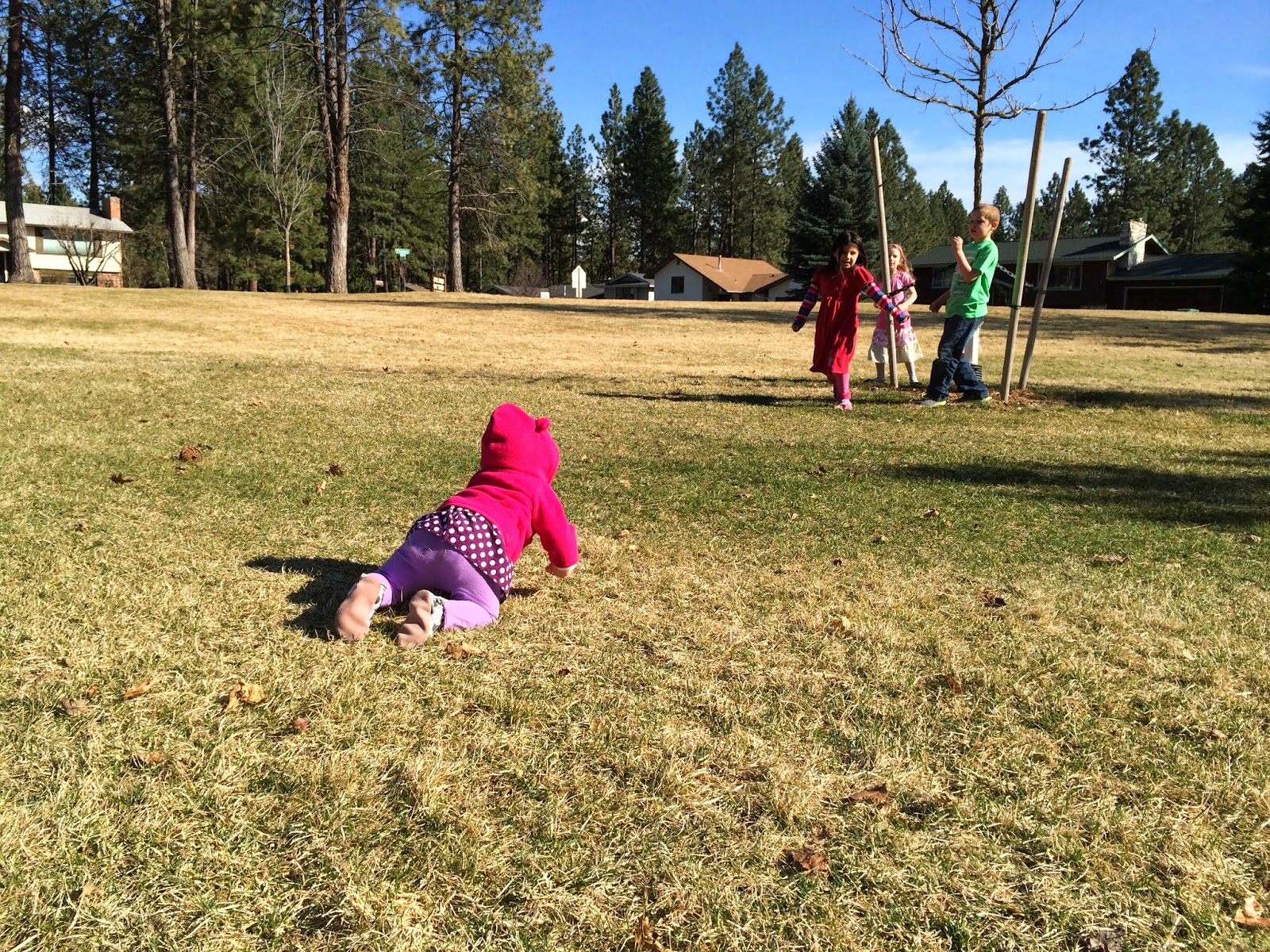 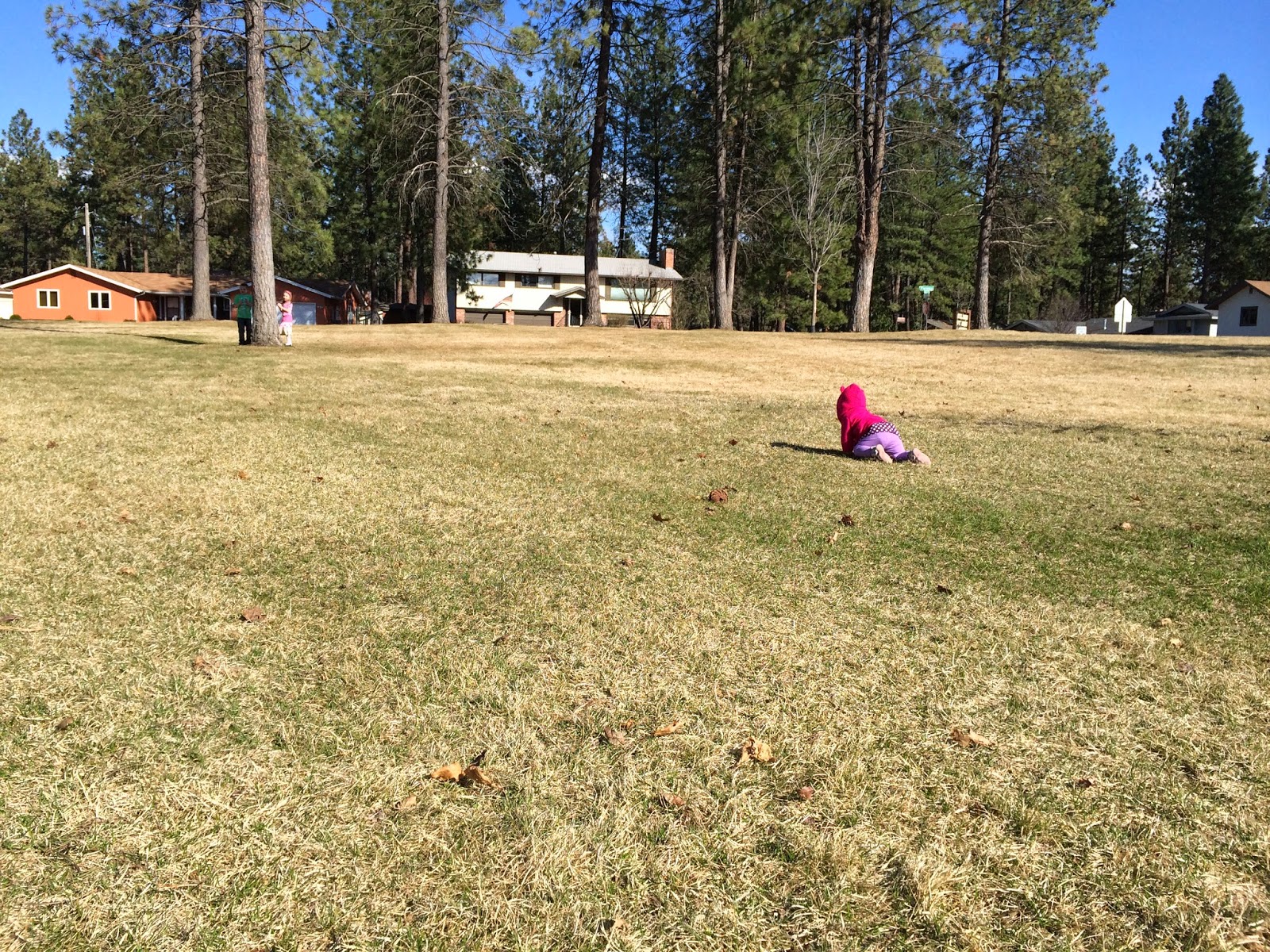 I kept expecting her to turn back or look for me.  No such thing.  She was off to get her brother.  I had to go get her and bring her back to the playground.  Sorry Livs, babies have to stay closer to Mommy.

Preston did come back and play on the slide with her.  Because he's an awesome big brother! 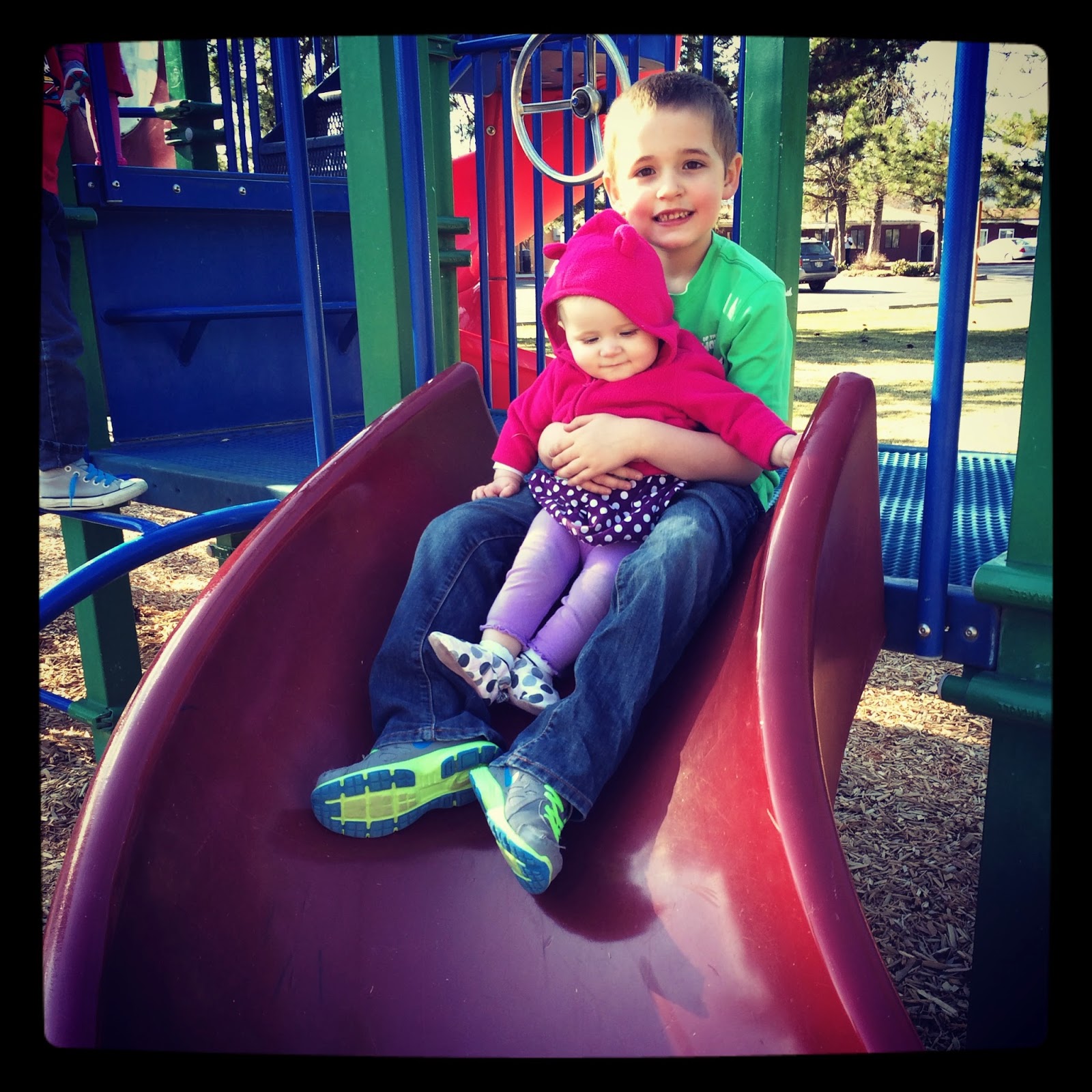 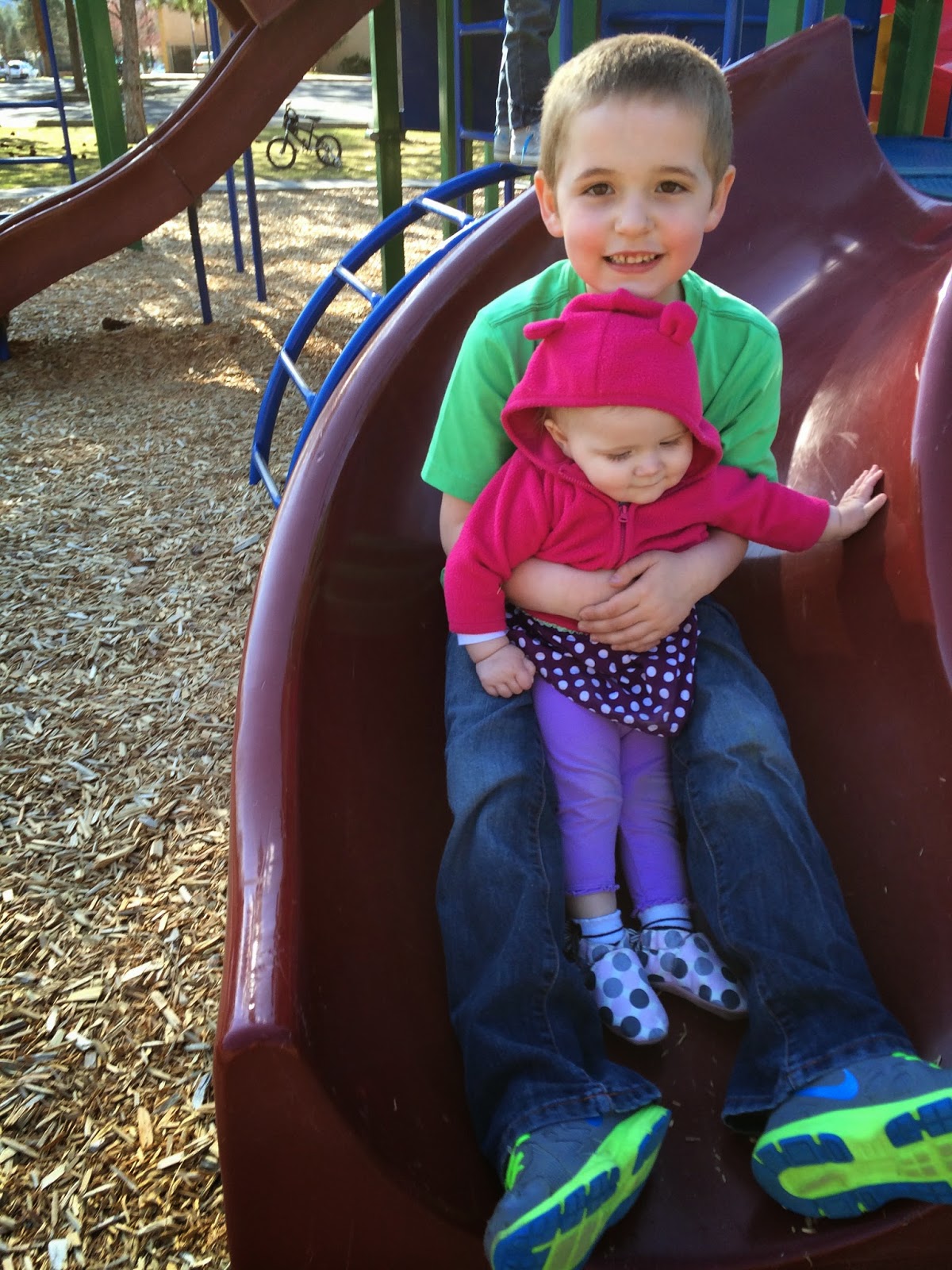 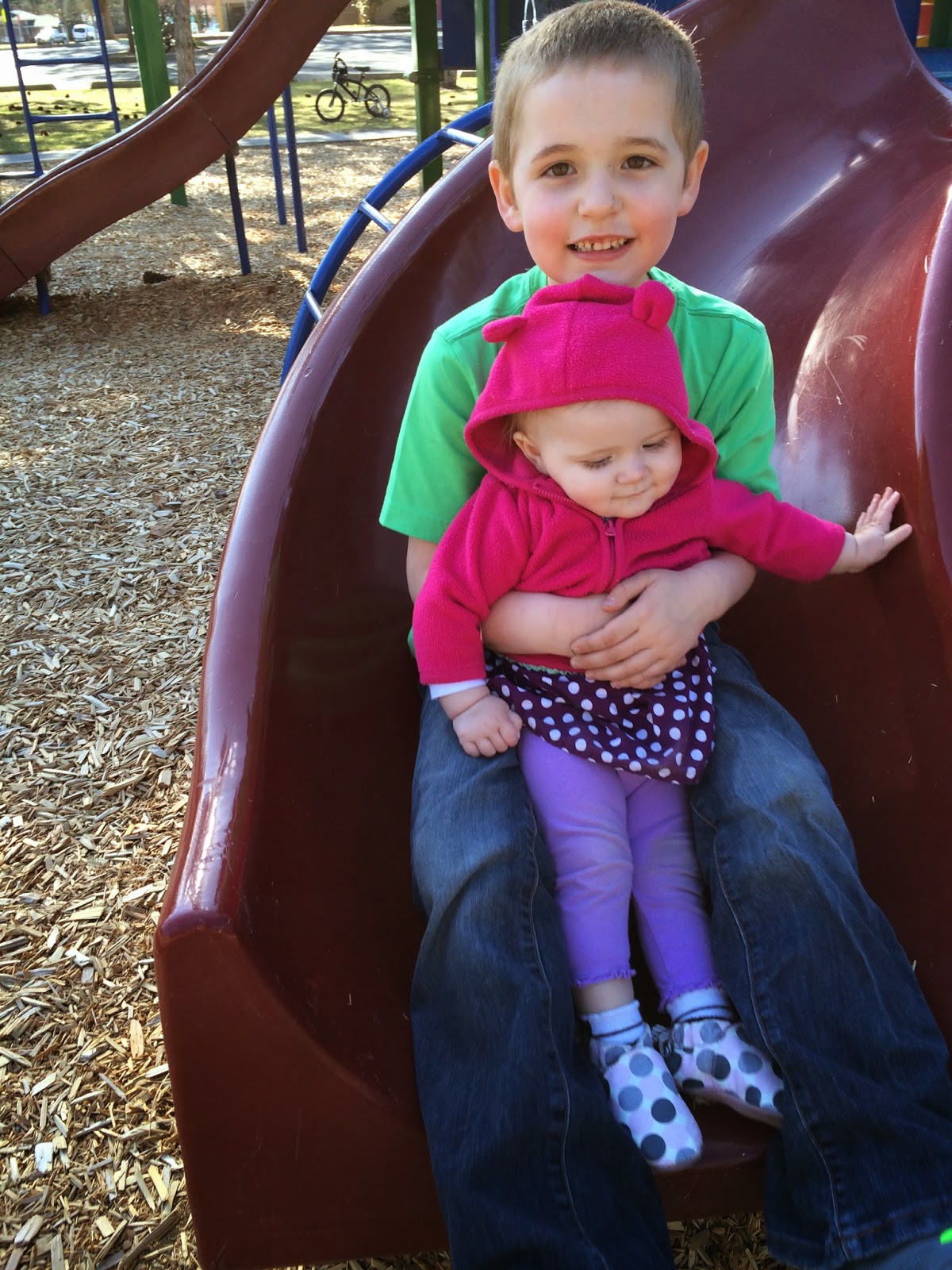 And then tried to include her while he played with his friends.  Until she got pissed that he was holding onto her.  Dang little sisters. 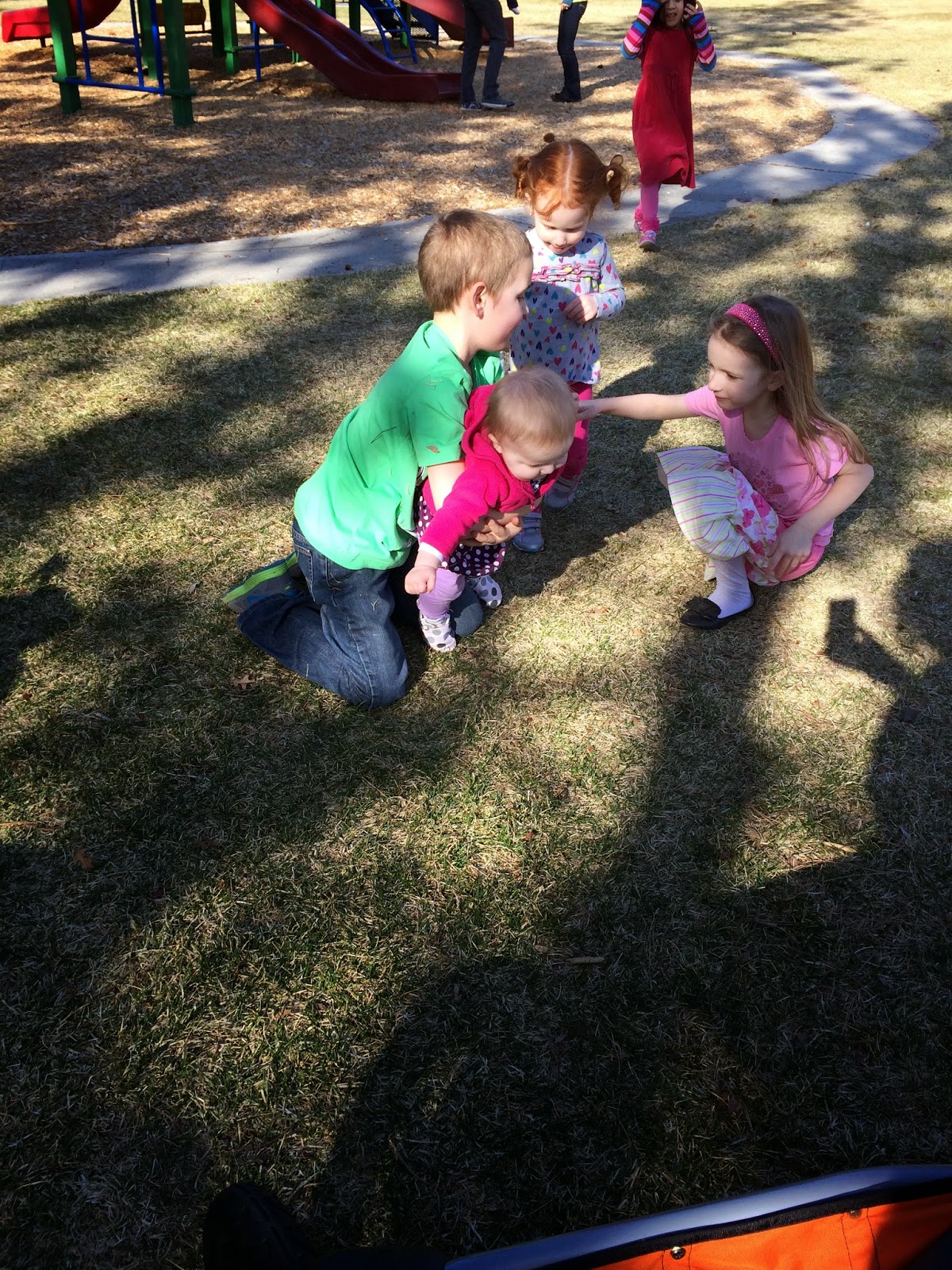 Have I mentioned that I love when the sun is out?  Oh just a million times?  Well I do.