Preston's school had a fundraiser and that meant Preston got to participate in his very first dash for cash! He was so pumped!

His class competes against the other classes in his time to have the most laps and friends and family are invited. His teacher let us know that she's a little on the competitive side and that's she's won the golden shoe for the last three years. Meaning that she's had the most laps for the last three years. So it was serious business that she keep that streak going. So not only did me and Olivia come to do some laps but we brought Grandma, Kelly, and Ryan with us!

The boys all ready to go! 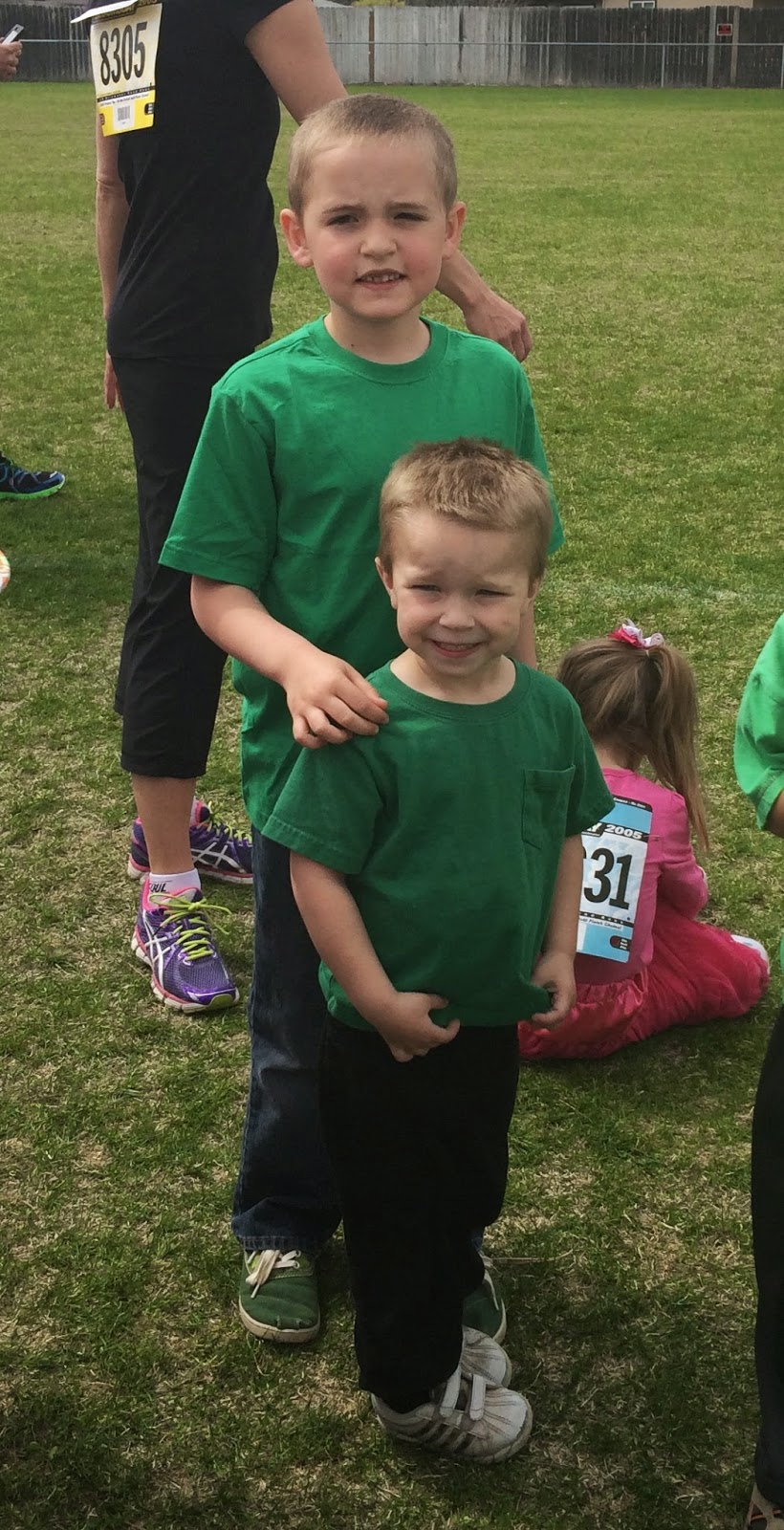 Preston's class colors were pink and green! Crazy coincidence those are mine and Preston's favorite colors! 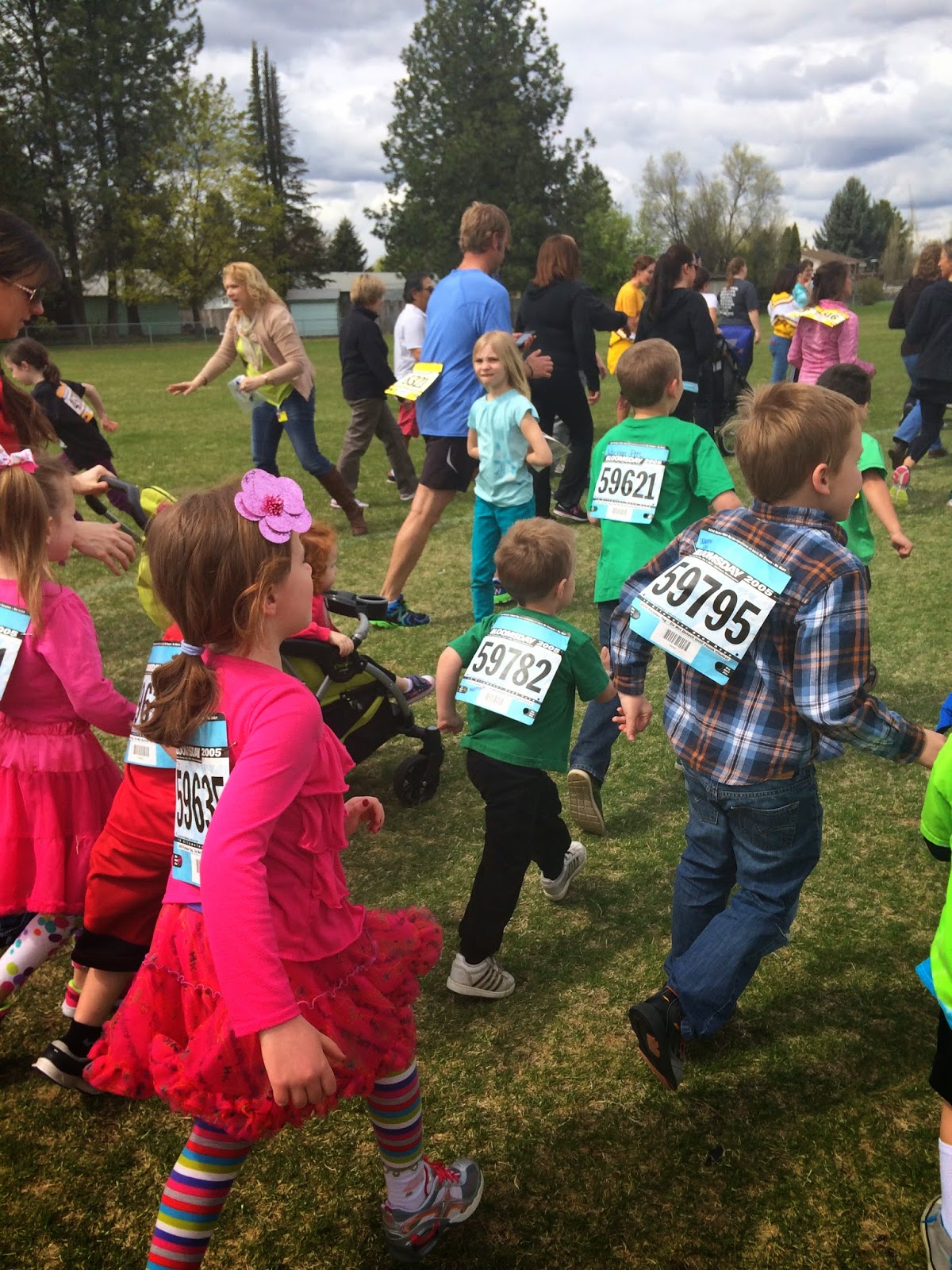 Preston was fast!  He put his all of his energy to good use!  It was hard to keep track of him in the sea of all the green!  He looped me a couple of times! 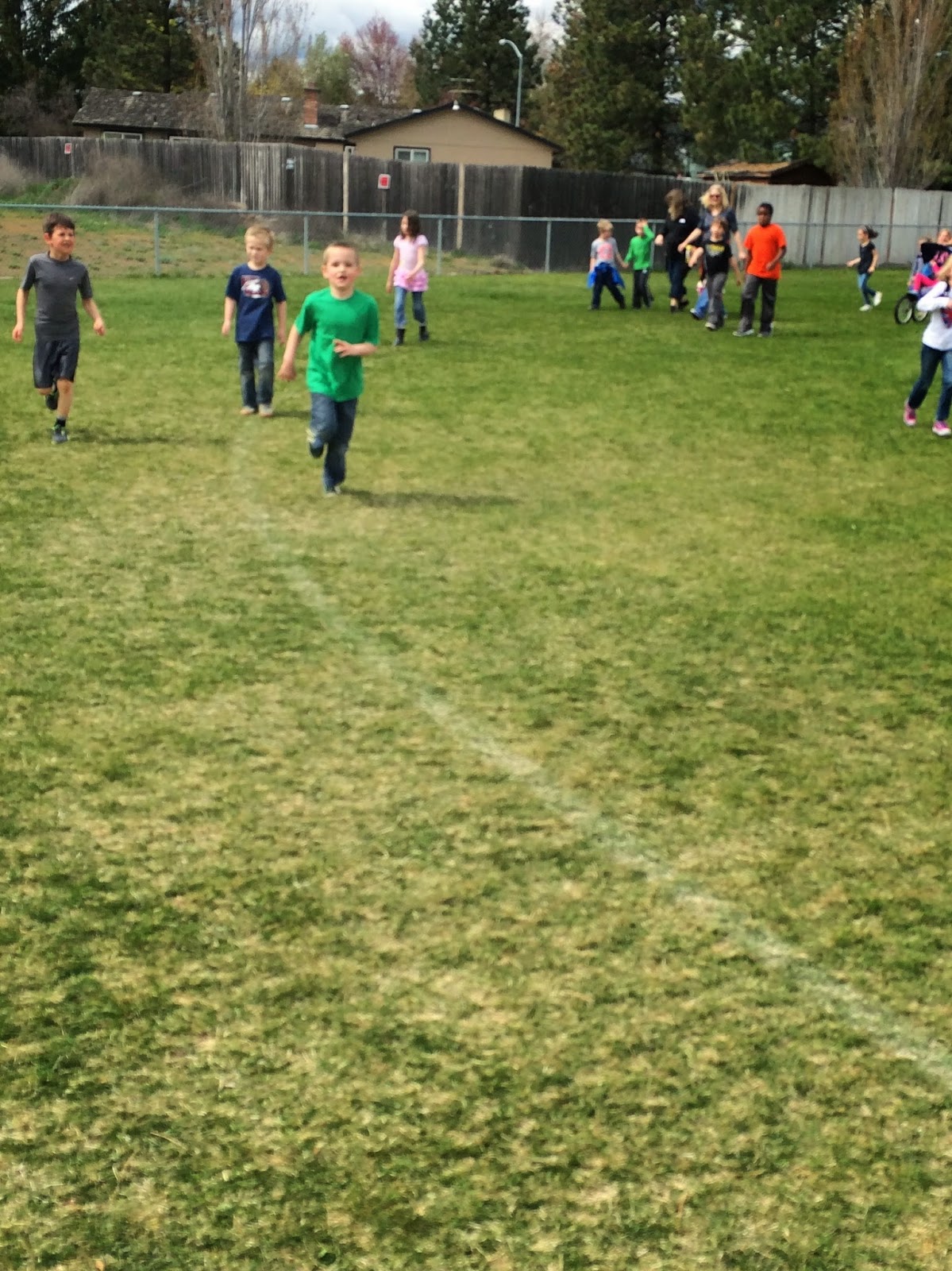 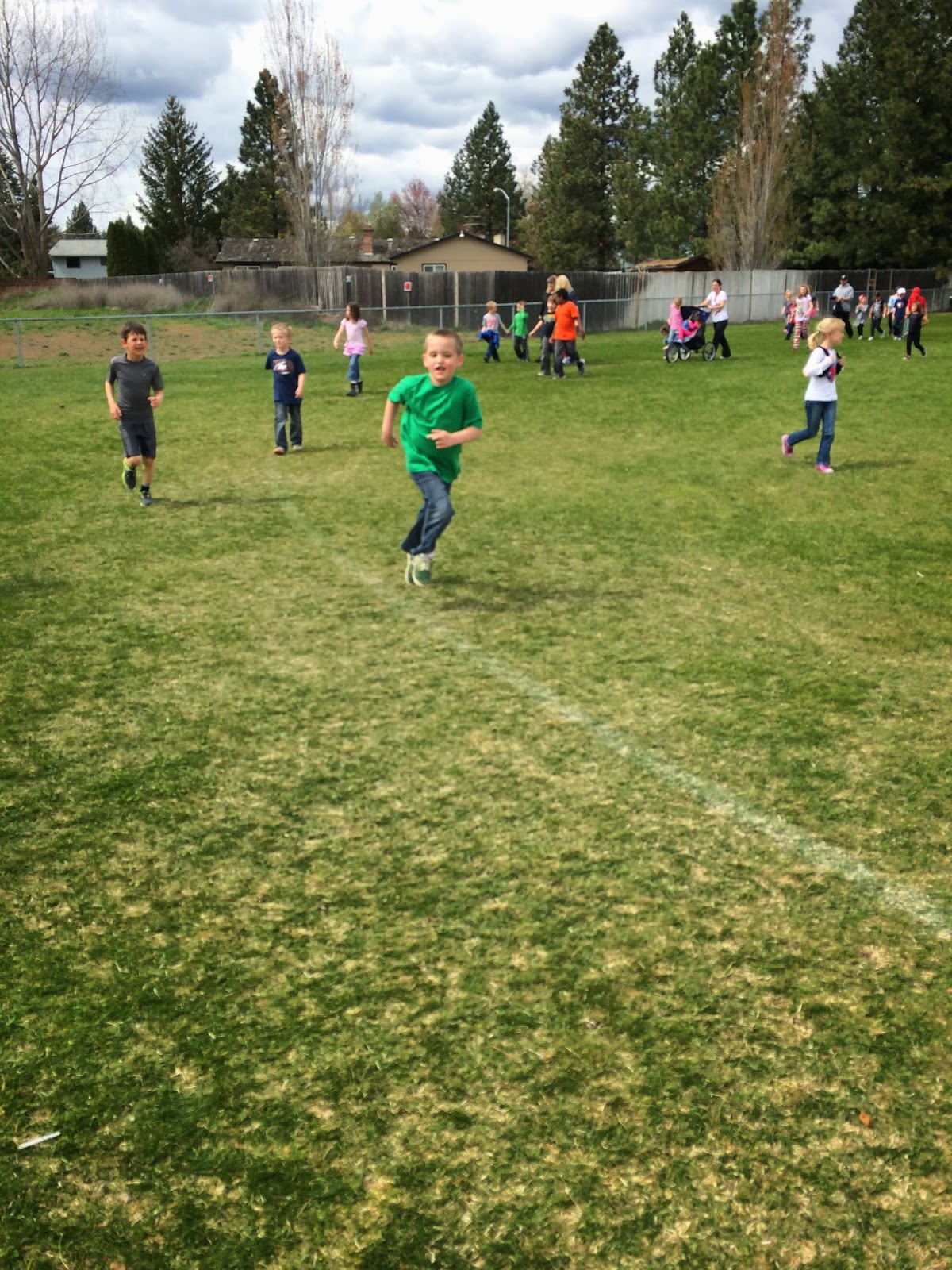 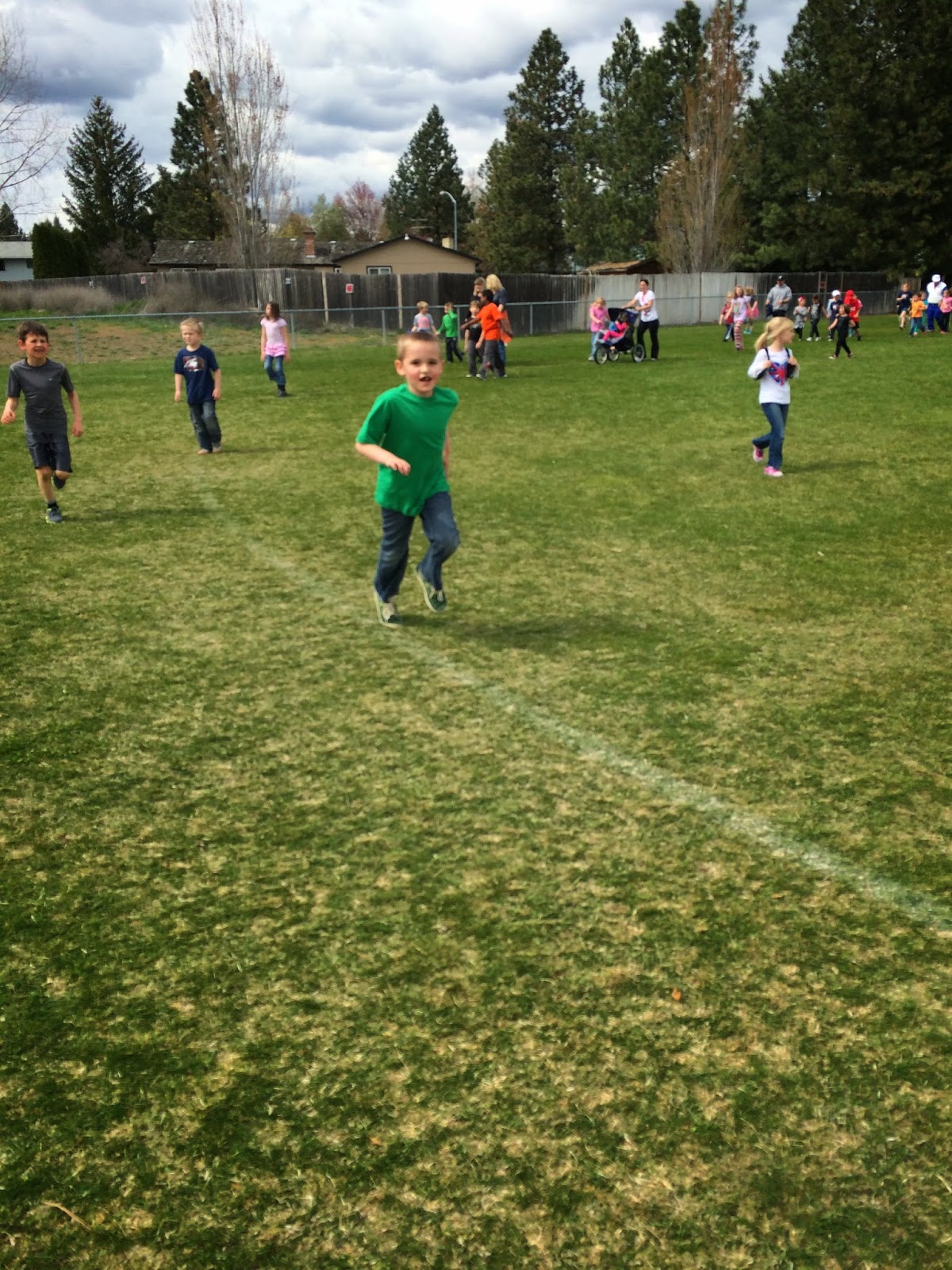 Preston and some friends walking with his teacher.  It was so dang cute.  They all love her so much! 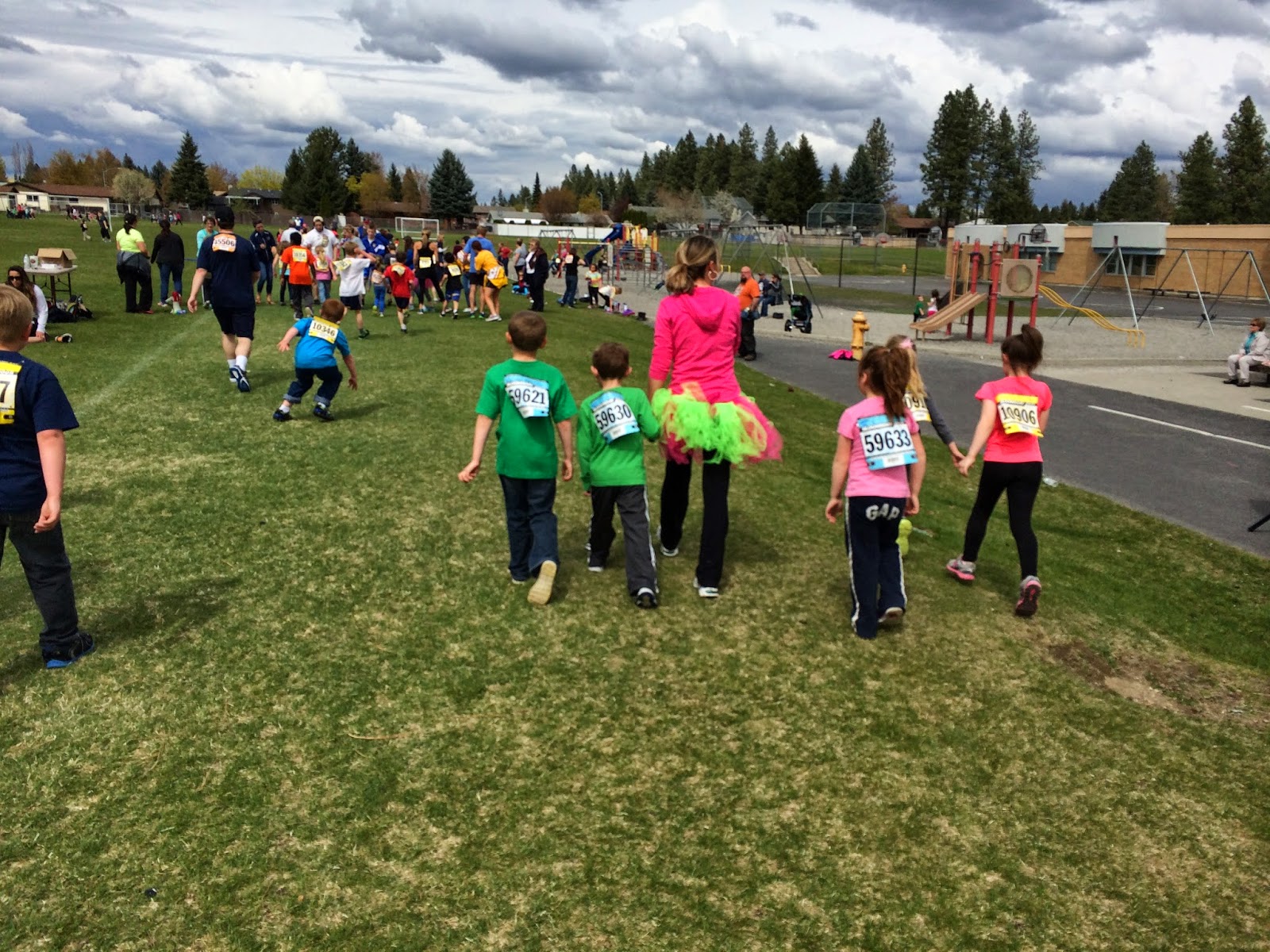 When things were wrapping up, Kelly challenged Preston to a race to see who was faster to give him a last little boost! 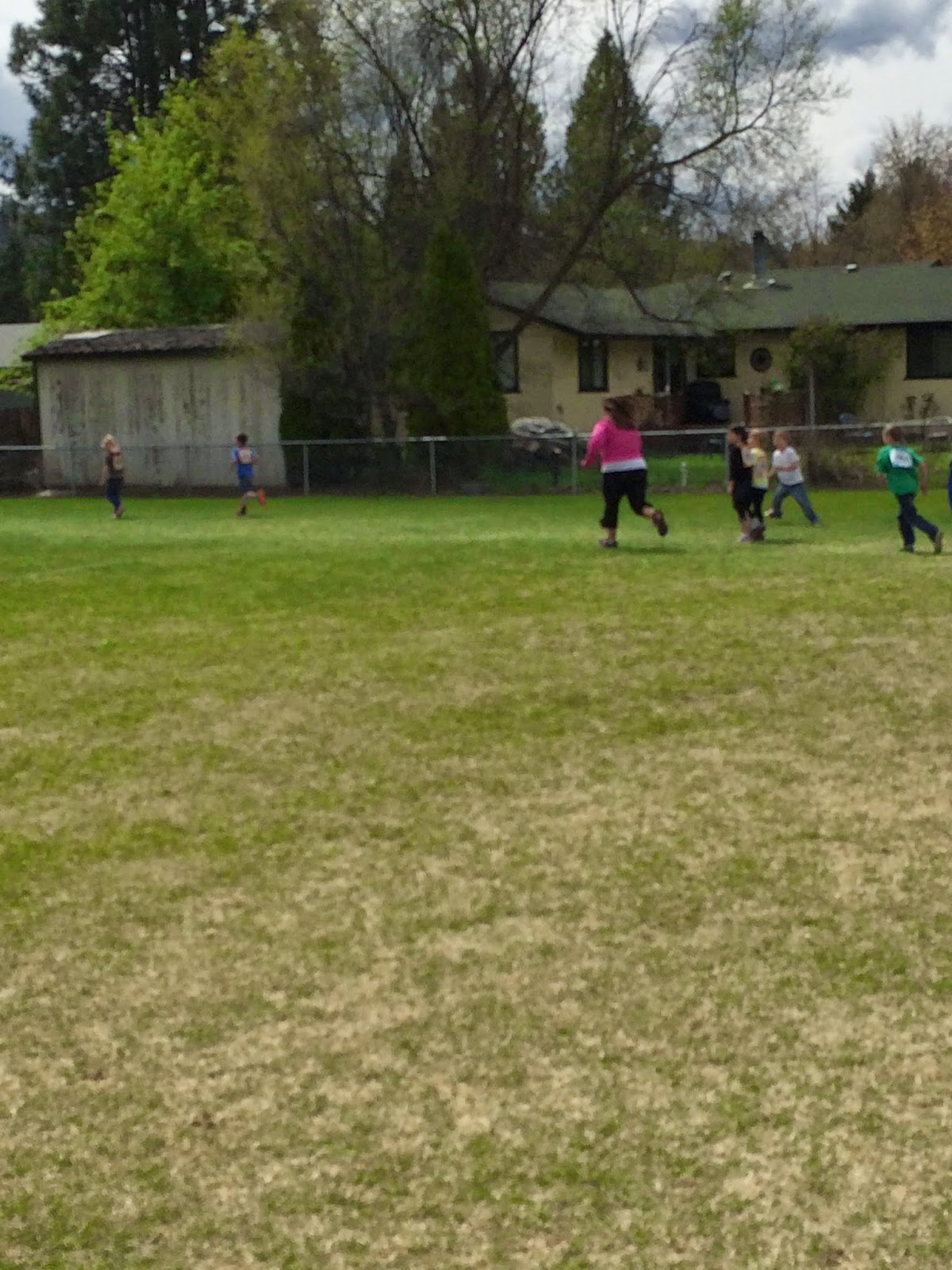 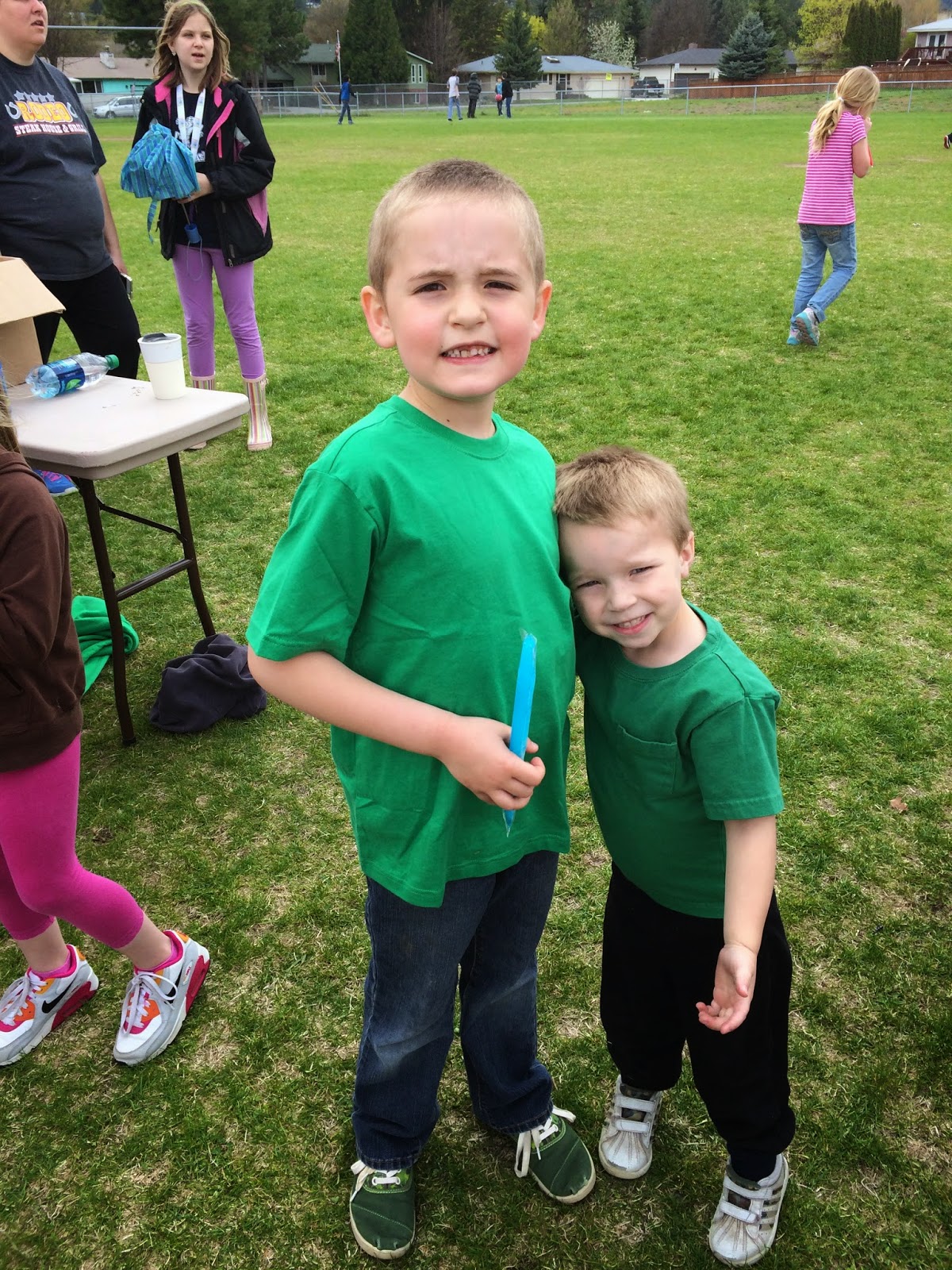 Me and my littles! 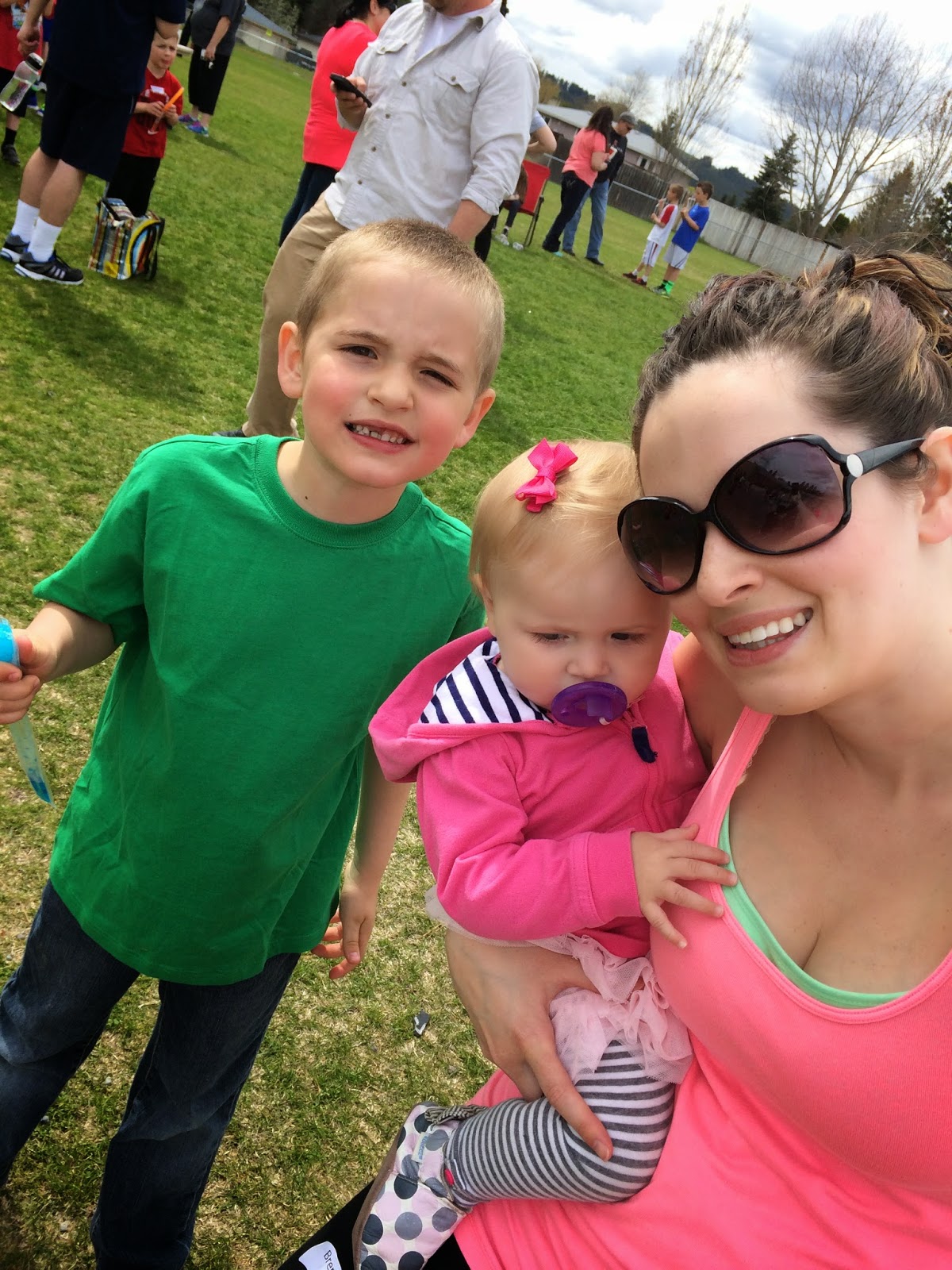 Poor Daddy missed out because he had to work.  Preston had asked me if he could come because another little boy in his class said his Daddy was coming and he was fast.  Preston informed me that he wanted Brad to come because he's super fast and he knew then they'd win!  I didn't have the heart to tell him that Daddy doesn't run.  When I told Brad he was like ummm yeah, no.  Ha!  Looks like we're going to have to start training now.

Preston and Livs. I'm not sure what he's doing here?  I guess that's his exhausted face? 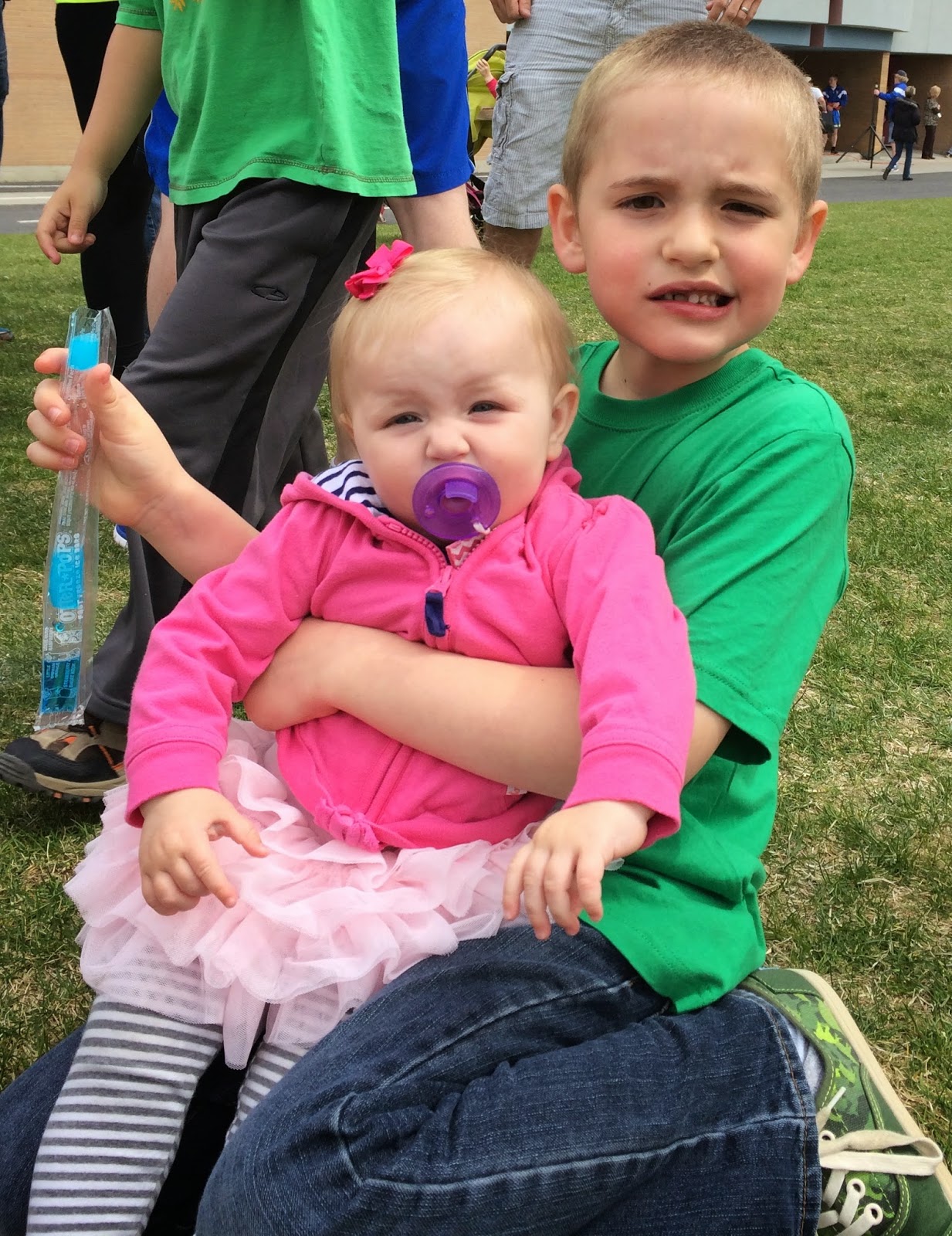 Some kinders!  And Olivia! 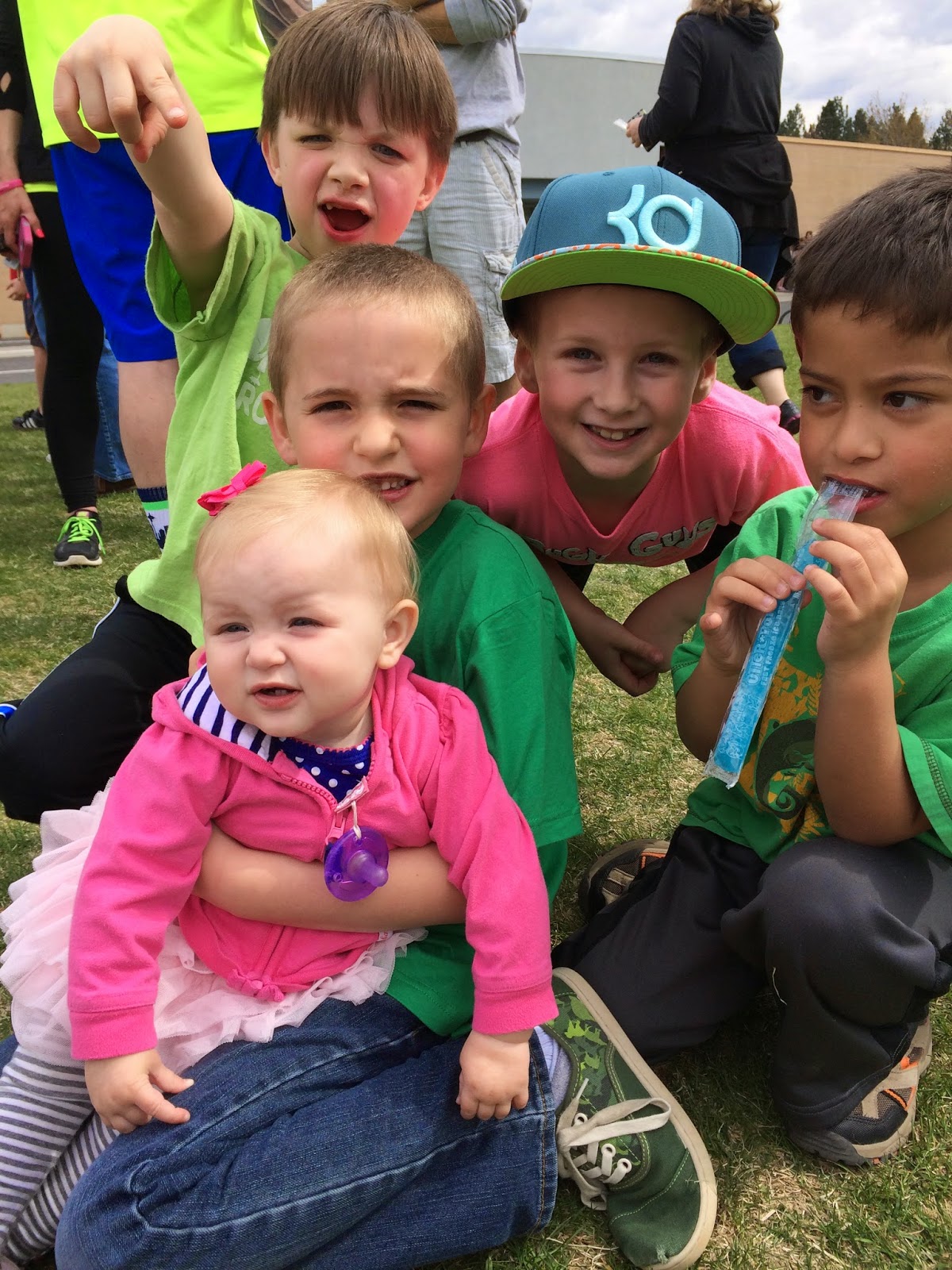 We did about eight laps and my walking app told me that it was about two miles.  Preston did ten!  I'm guessing that's about two and a half miles!  Not bad for a half hour.  And being six!

Preston and Mrs Warren after! 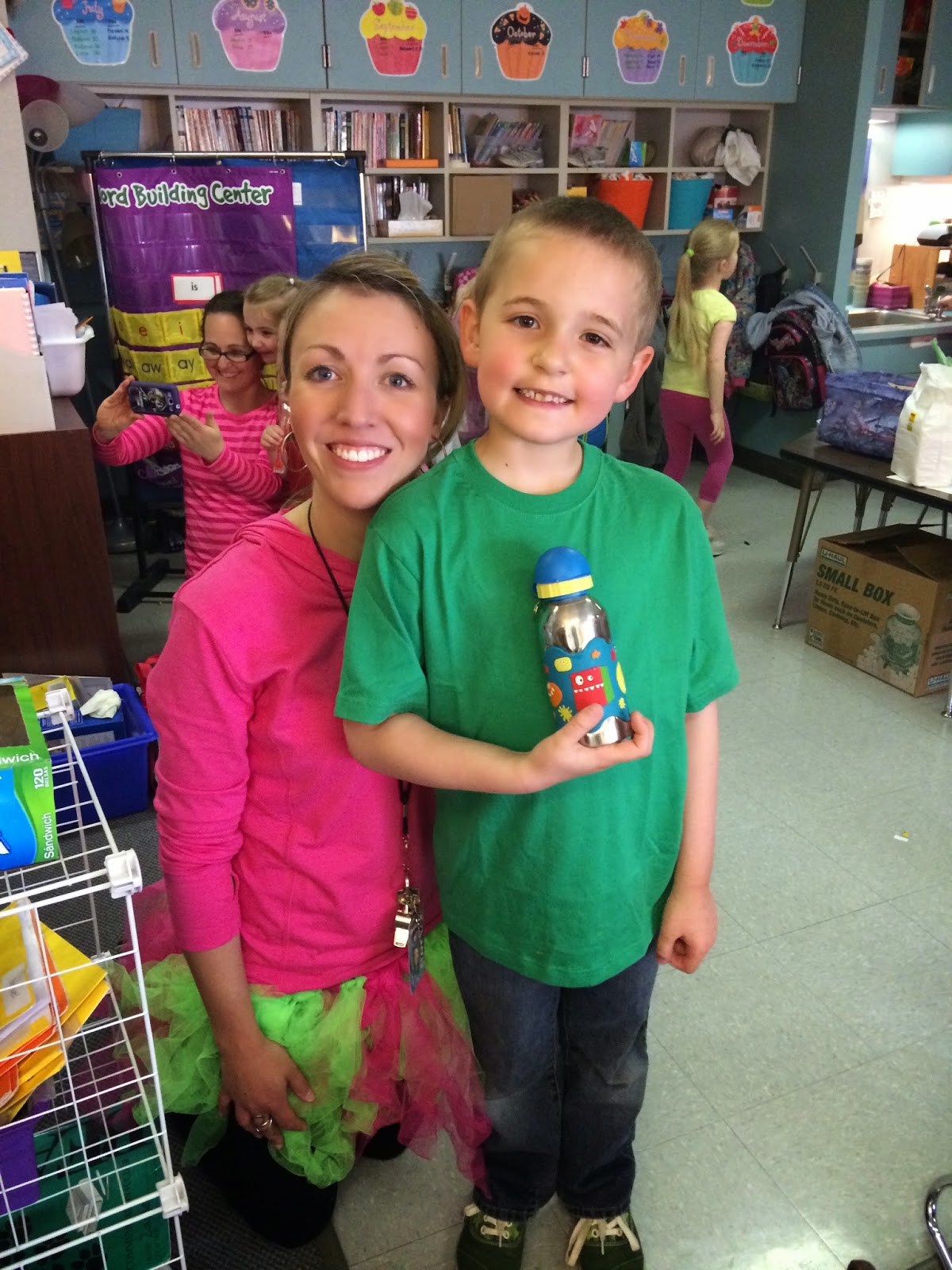 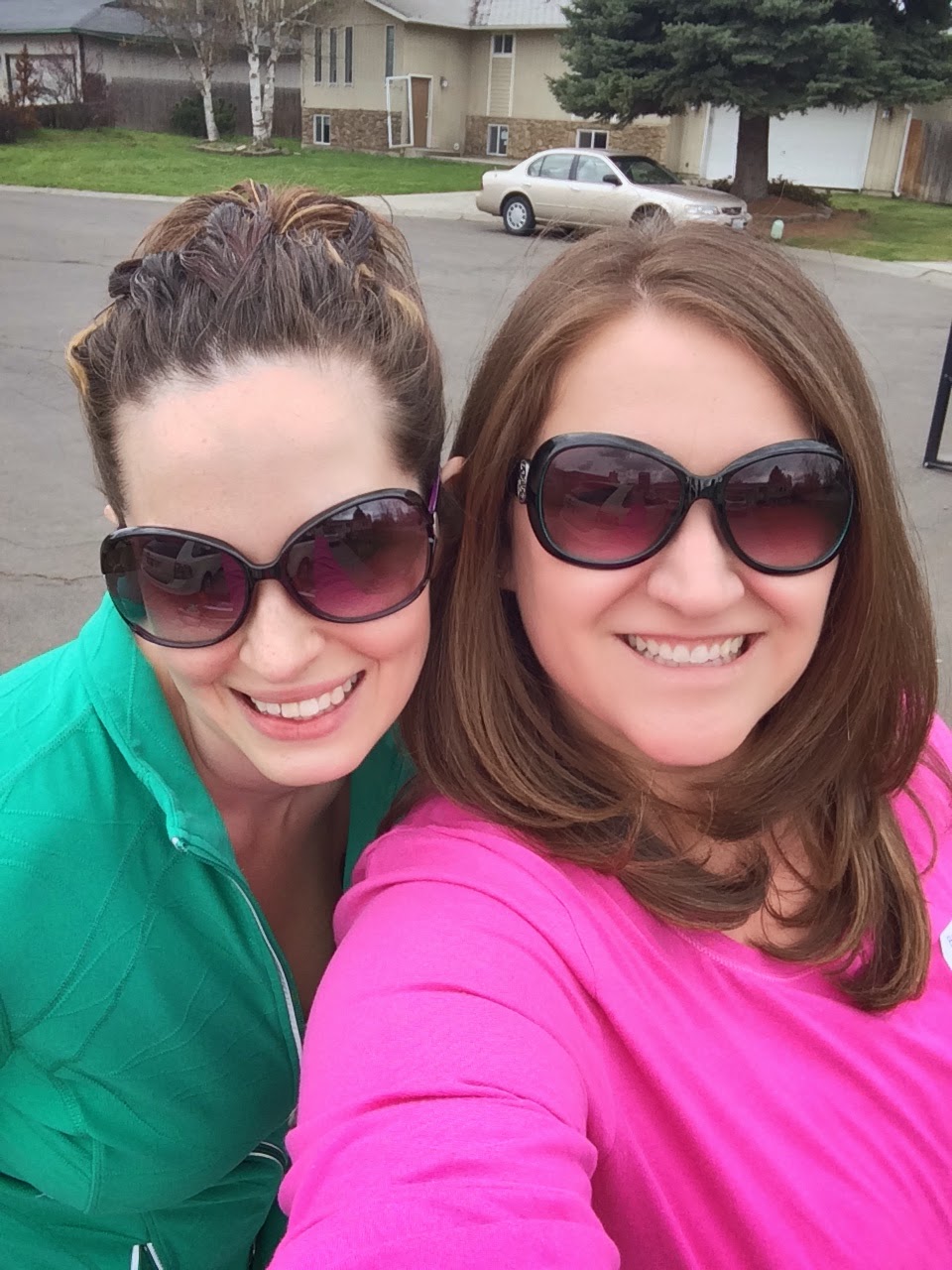 I'm so thankful to have friends and family who show up to things like this to support Preston!

Update to add, his school raised more than twenty-two thousand dollars!  Which was their goal so they had an assembly and slimed the principal!  AND our kinder class won the golden shoe again!!