Springtime! Time for another one of Preston's kindergarten conferences. 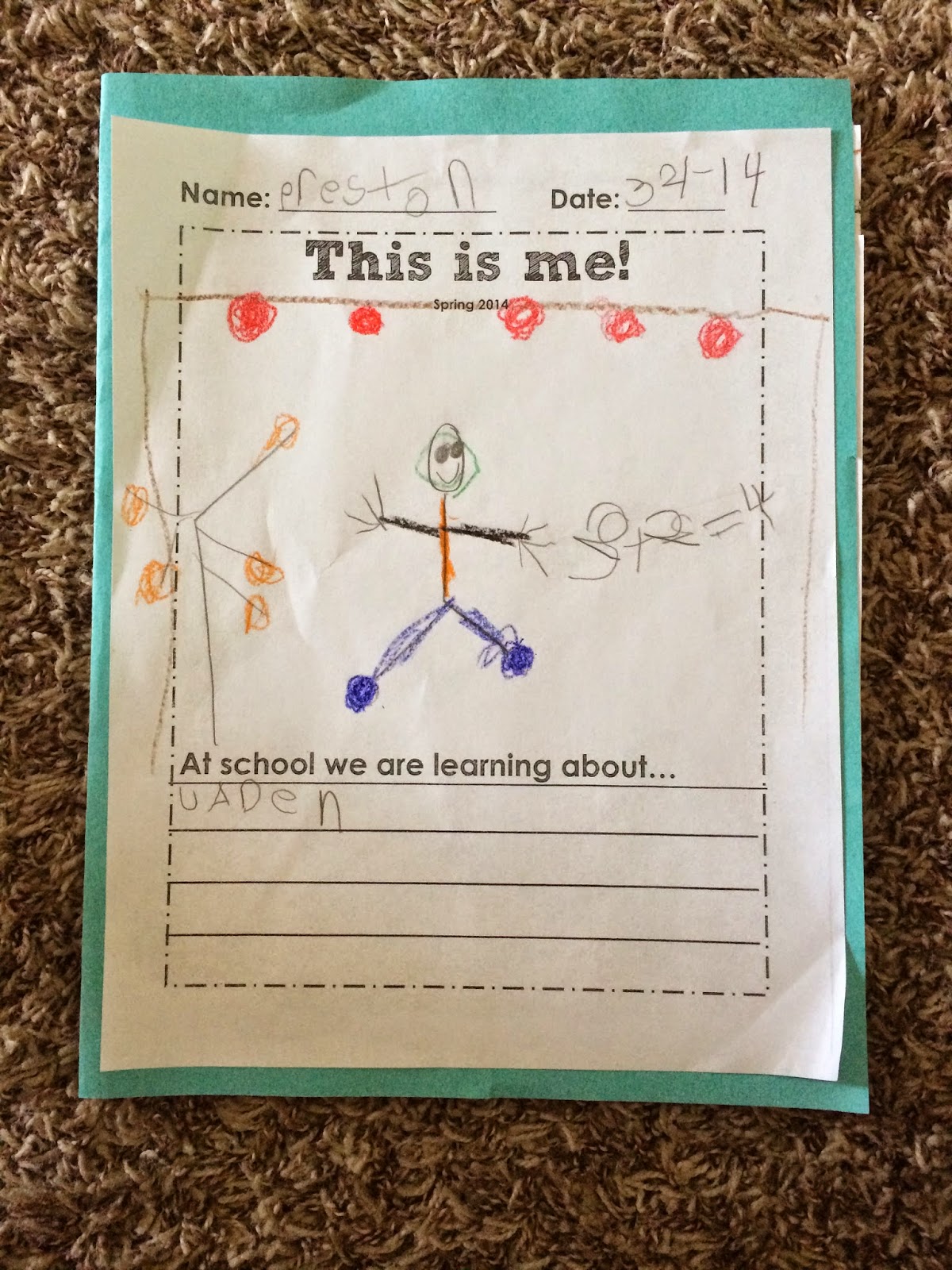 Brad couldn't make it this go around since he'd just started a new job and all.

So it was just men and Olivia there, while Preston hung with Grandma.

Preston is doing awesome in kindergarten!

He is really learning so much!

Math is still his strongest subject. Which really isn't all that surprising for us since it's mine and Brad's best areas too. He's so clearly our son.

He's grown so much where reading and writing are concerned! He is choosing to write things and getting so much more confident!

Not only that, but Preston is getting more artsy! Mostly in drawing spiders. But he is drawing! And doing so willingly. Mrs Warren did say that sometimes he draws more when it's time to draw and then write about something. Smarty pants knows that if he spends more time drawing he spends less time writing. Dang kind. Being too smart for his own good.

The class is working hard on sight words and Preston is picking it up pretty well! He still struggles with a couple of them. But I'm impressed with how many of them he knows, by well, sight.

The classes has added in addition and subtraction. Preston gets it. To the point where on one of the pages Mrs Warren was showing me when he had an answer wrong she told me she knows he knows it so she's not worried at all that it was wrong on that specific page.

I love conferences and getting to hear how great Preston is doing in kindergarten! Makes his Mommy and Daddy proud!