A no school day for Preston meant we met my Mom, sister, and nephew at Chuck E Cheese for some fun!

Olivia has been so full of personality lately.  Like throwing a temper tantrum about the fact that she was ready to get out of the highchair now thank you very much.  But she looks so cute doing it!  She squeezes her eyes shut and screams at me.  It really looks like she's cheesing it up.  But she's totally throwing a tantrum. 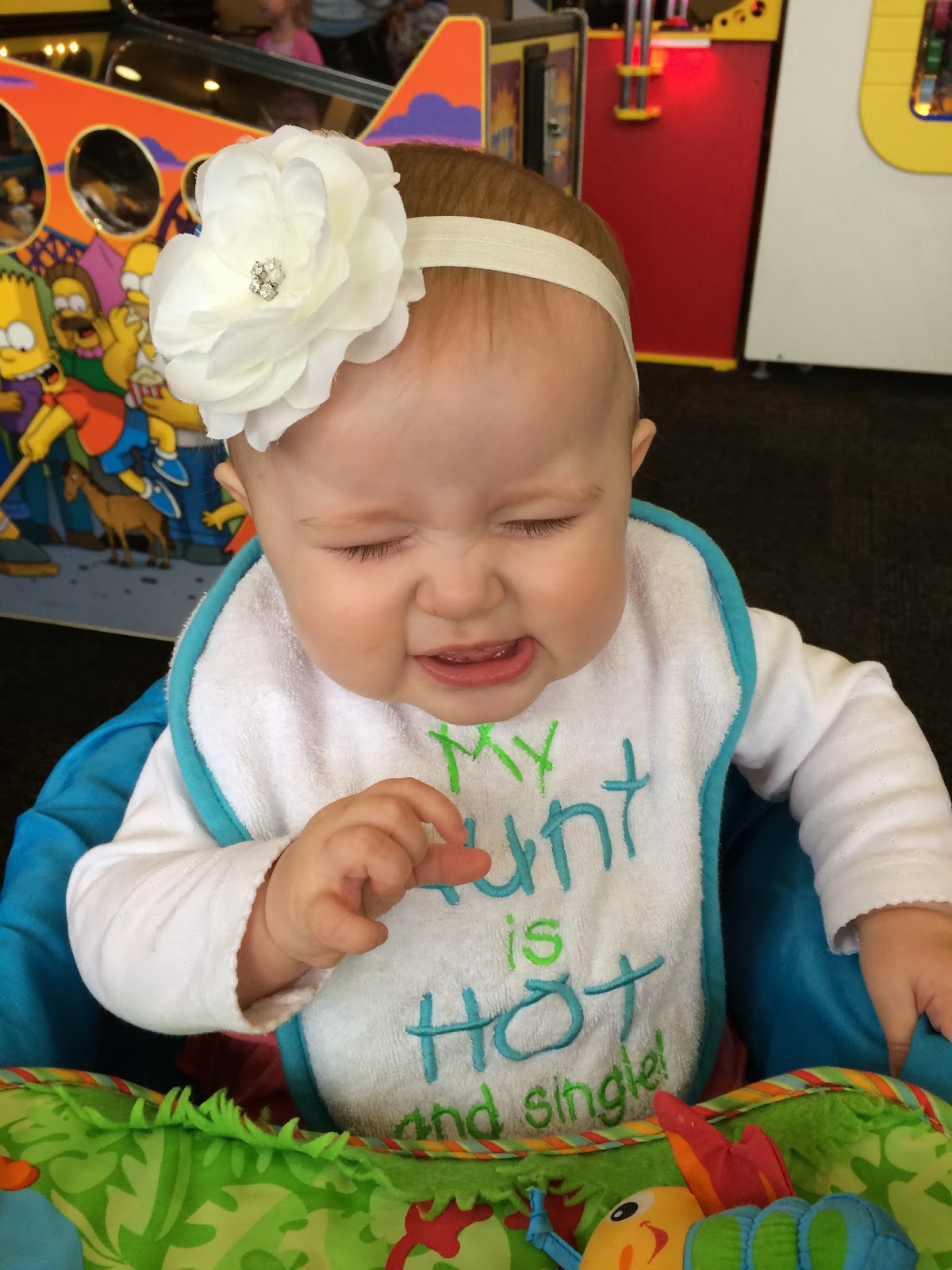 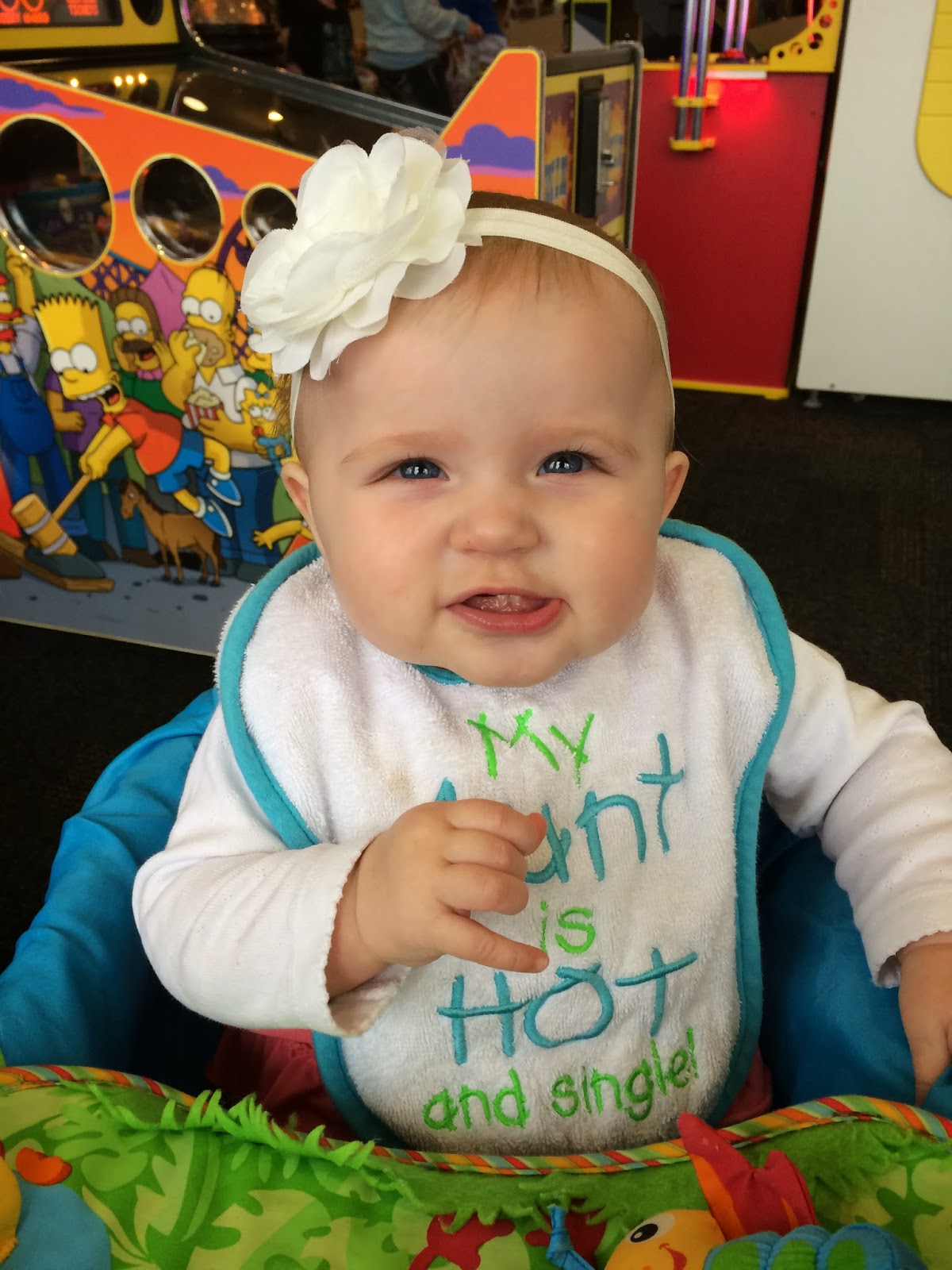 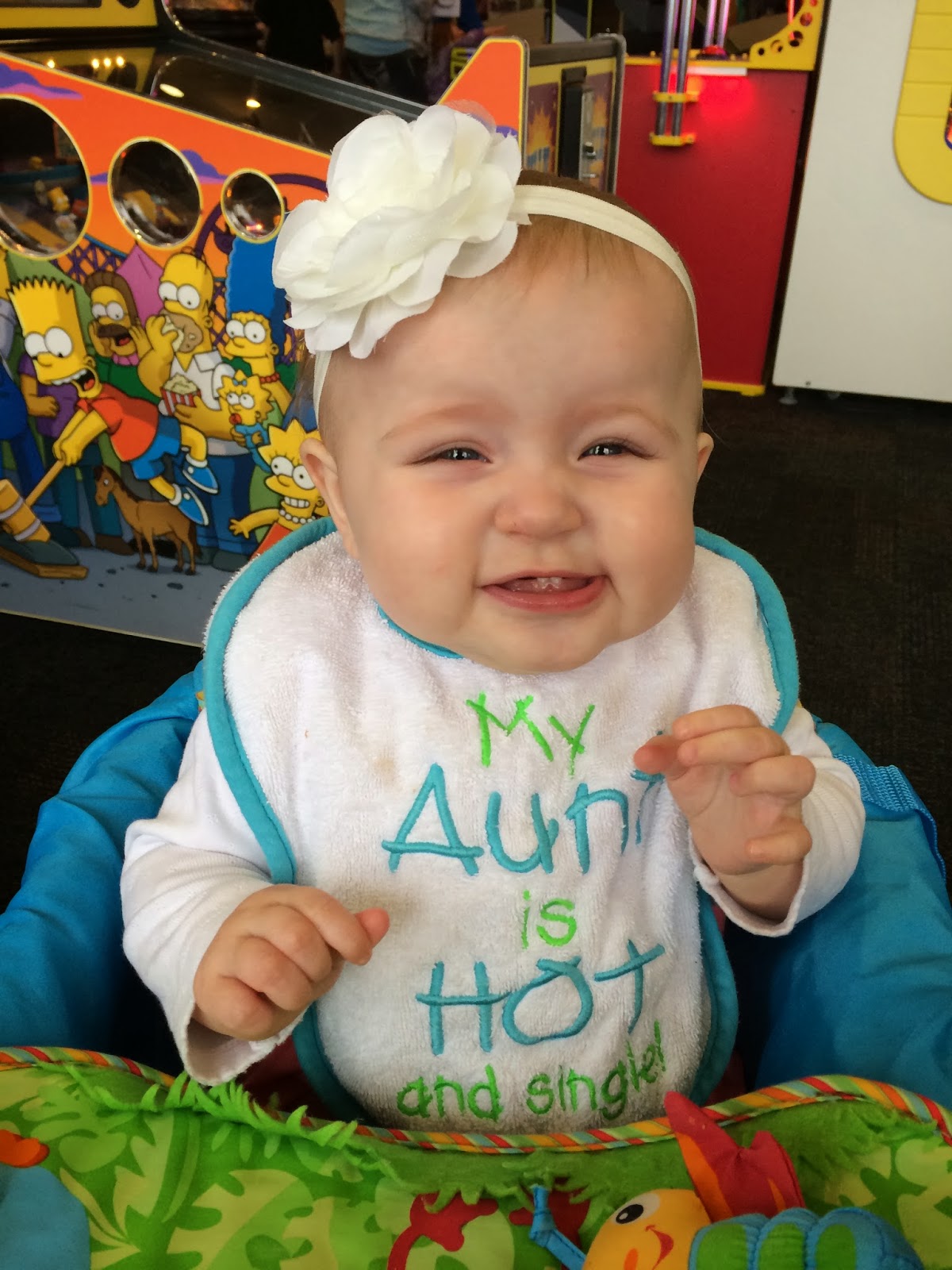 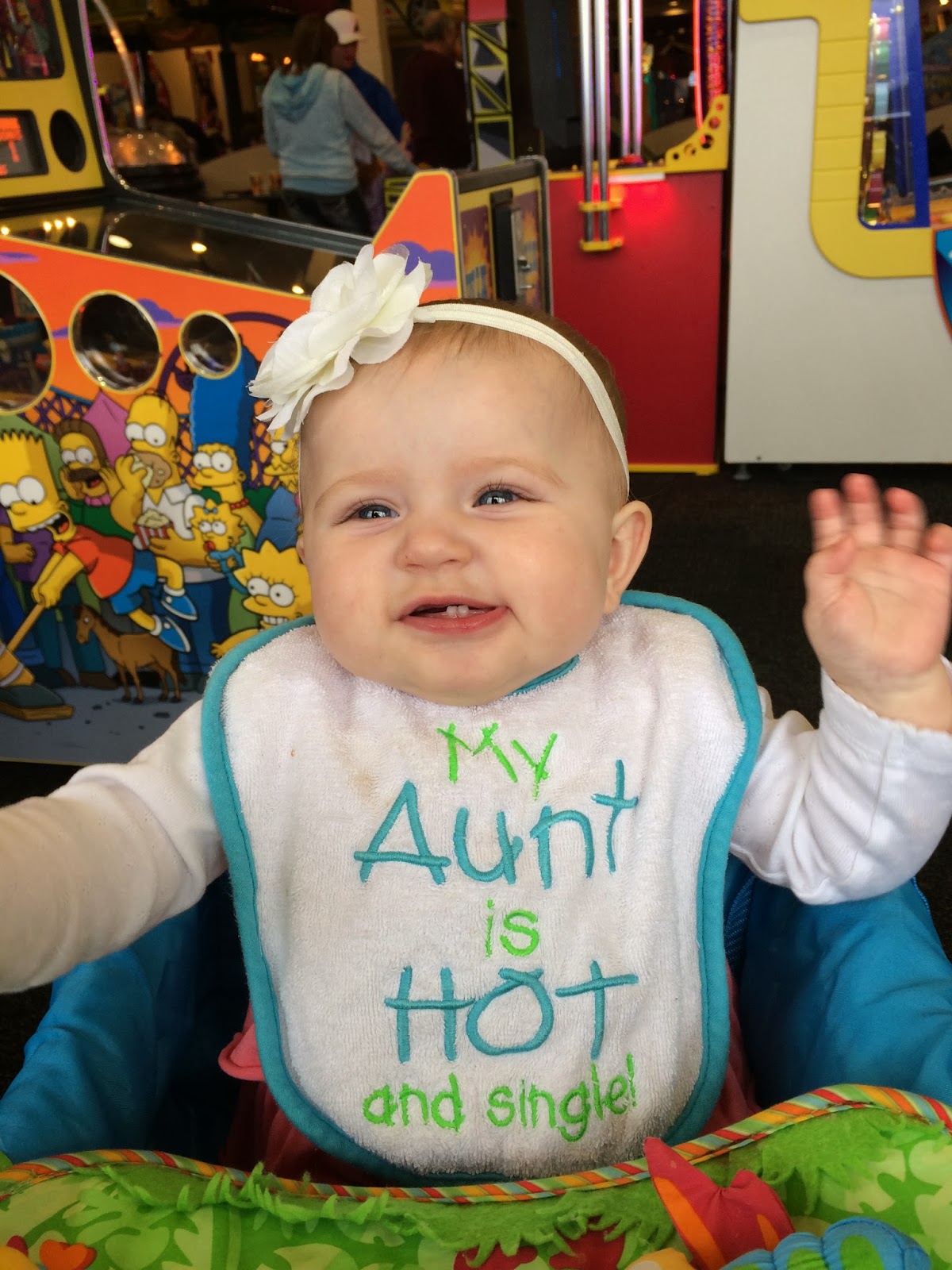 Preston is obsessed OBSESSED with this game where you drop a ball.  I think he used most of his tokens on it.  But it paid off.  He won the jackpot at least twice and I think even three times on it!  There was a lot of excitement about it when all of the tickets would shoot out! 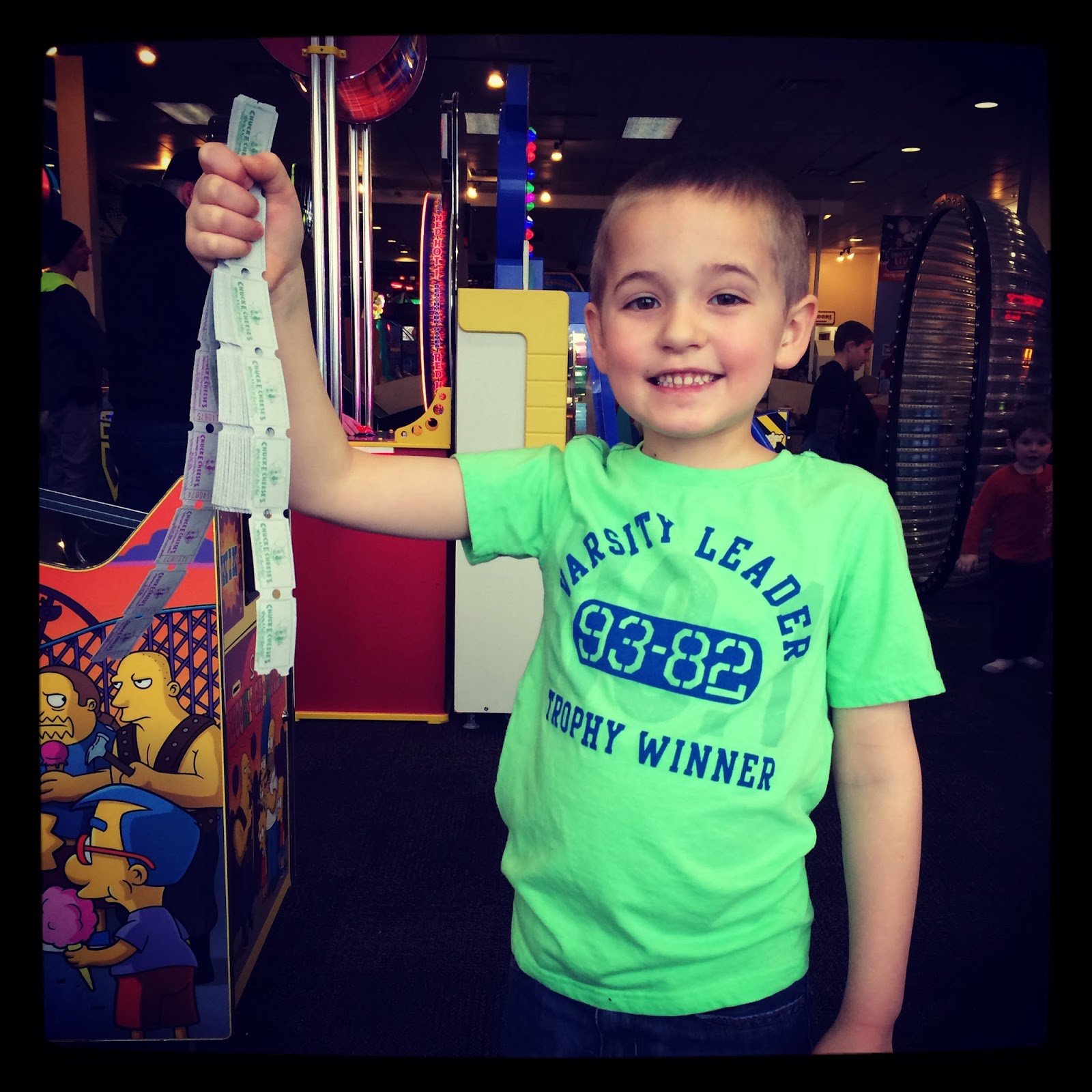 Before we left I made Preston and Olivia take a photo in the booth.  They were both just so into it.  HA! 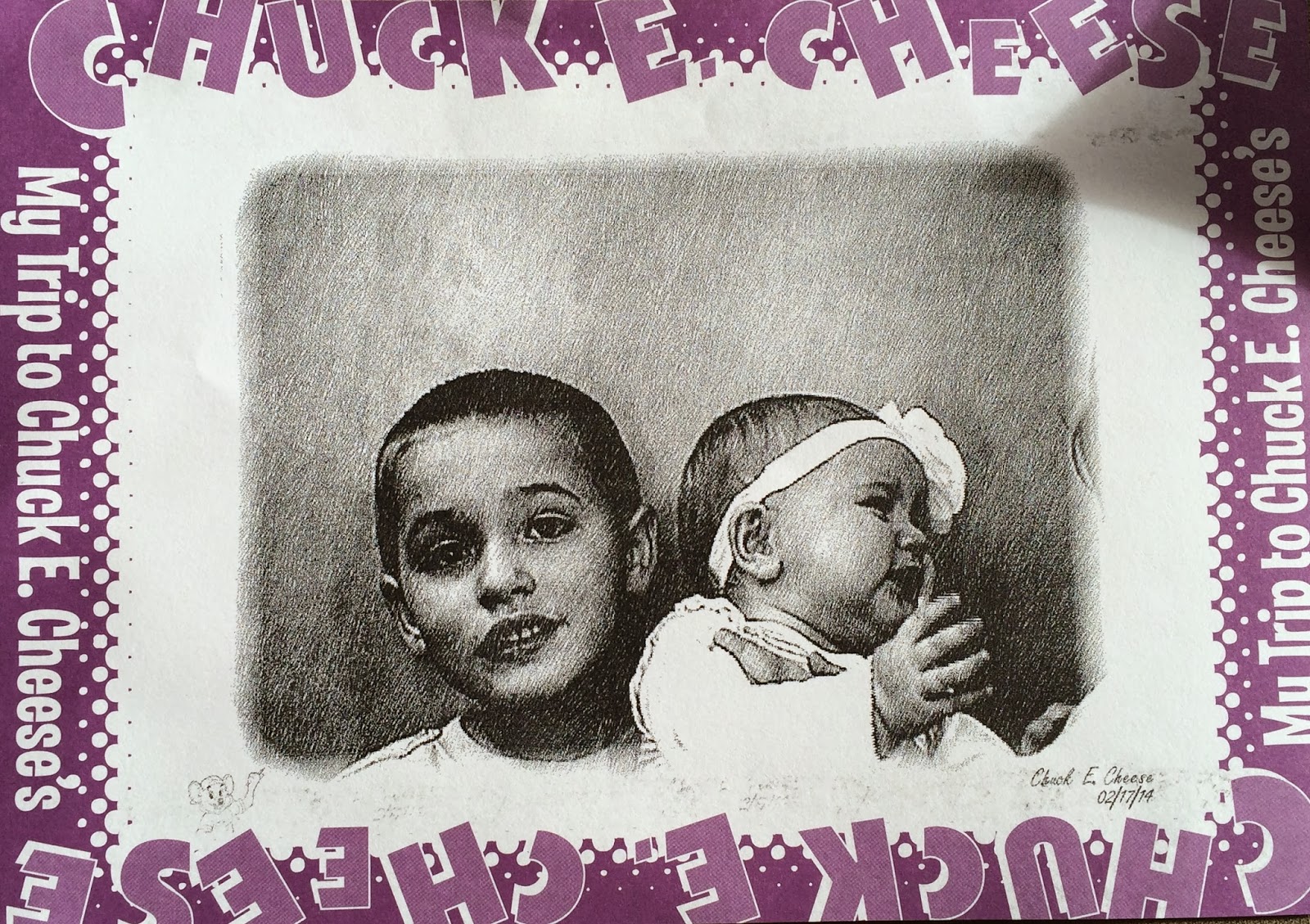 And then all three of us took one.  It wasn't much better.  Olivia was tired.  Preston wanted to go play.  And I was working way to hard to make sure all three of us were in the box for the photo. 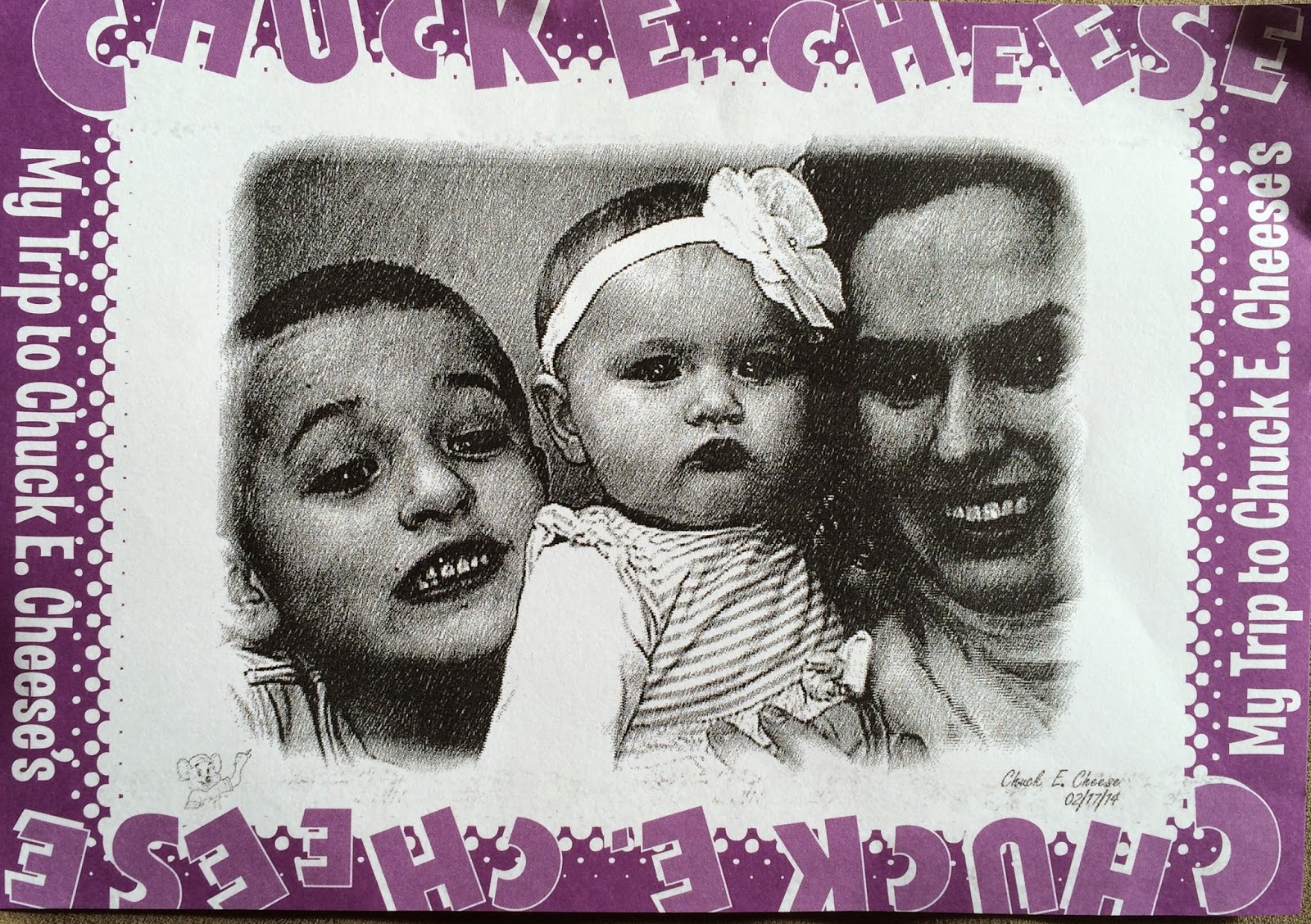 Then while Preston finished off the last of his tokens I took Olivia over to get one more photo with Chuck E. She was more interested in checking him out than looking.  Can't blame her all that much. He's a giant mouse.  Kind of attracts attention. 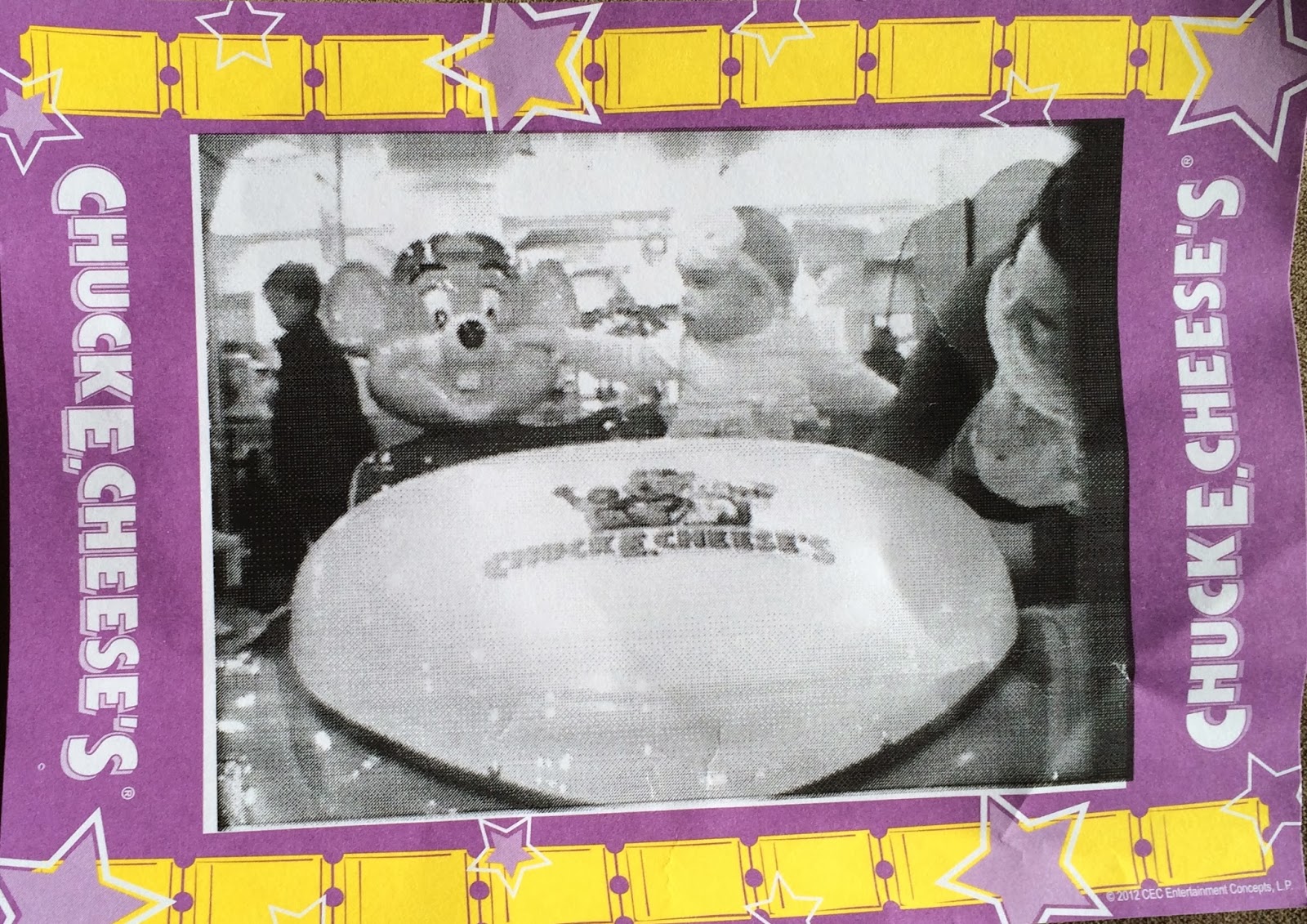 We really need to get back into our groove with Chuck E Cheese, it had been way to long since we were here!