A church near us puts on a drive thru nativity every other year and this year was an on year!

We actually hadn't had plans to go because I didn't realize they were putting it on this year after not being able to find it last year. But then Friday night driving home I drove by a bulletin board with an advertisement for it!

So Saturday night we all loaded up and headed to where it said to start.

We started out in a middle school parking lot.  In a long line of cars.  The church had people out walking around serving hot chocolate and candy canes.  It was so incredible!  I was cold walking out to our car when we left our house and they were out smiling and asking if we wanted more hot cocoa or another candy cane!

Preston was so excited! 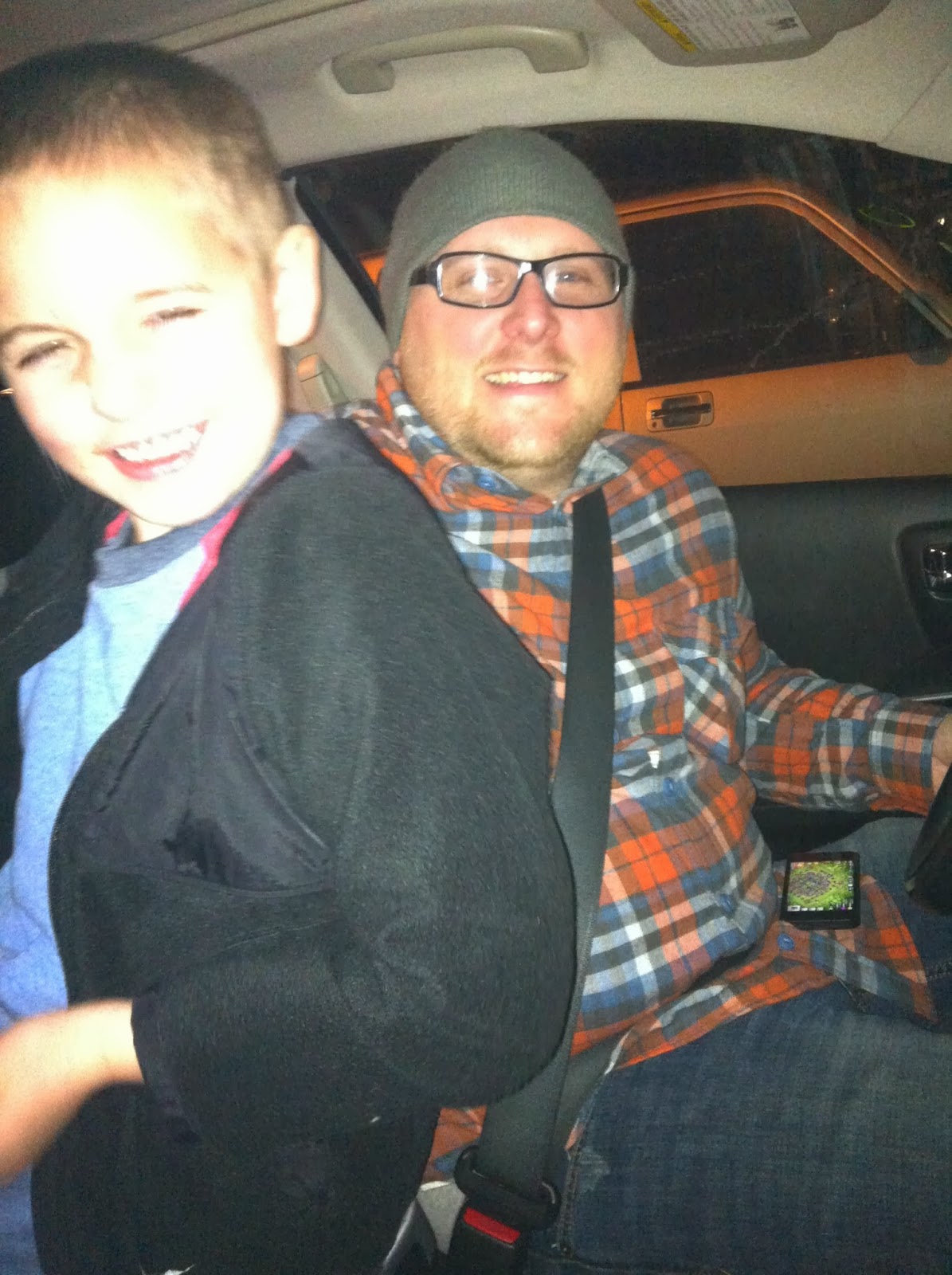 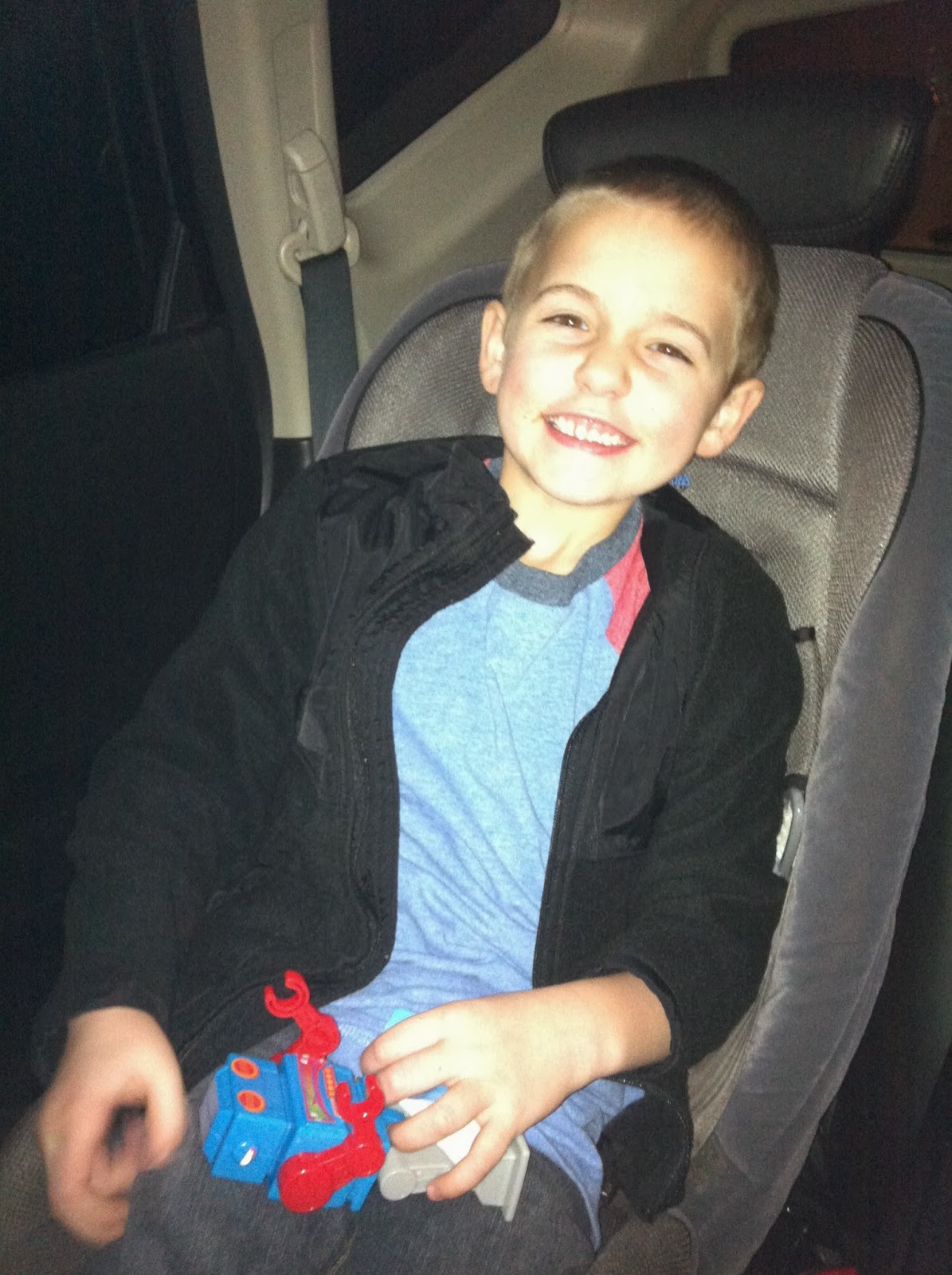 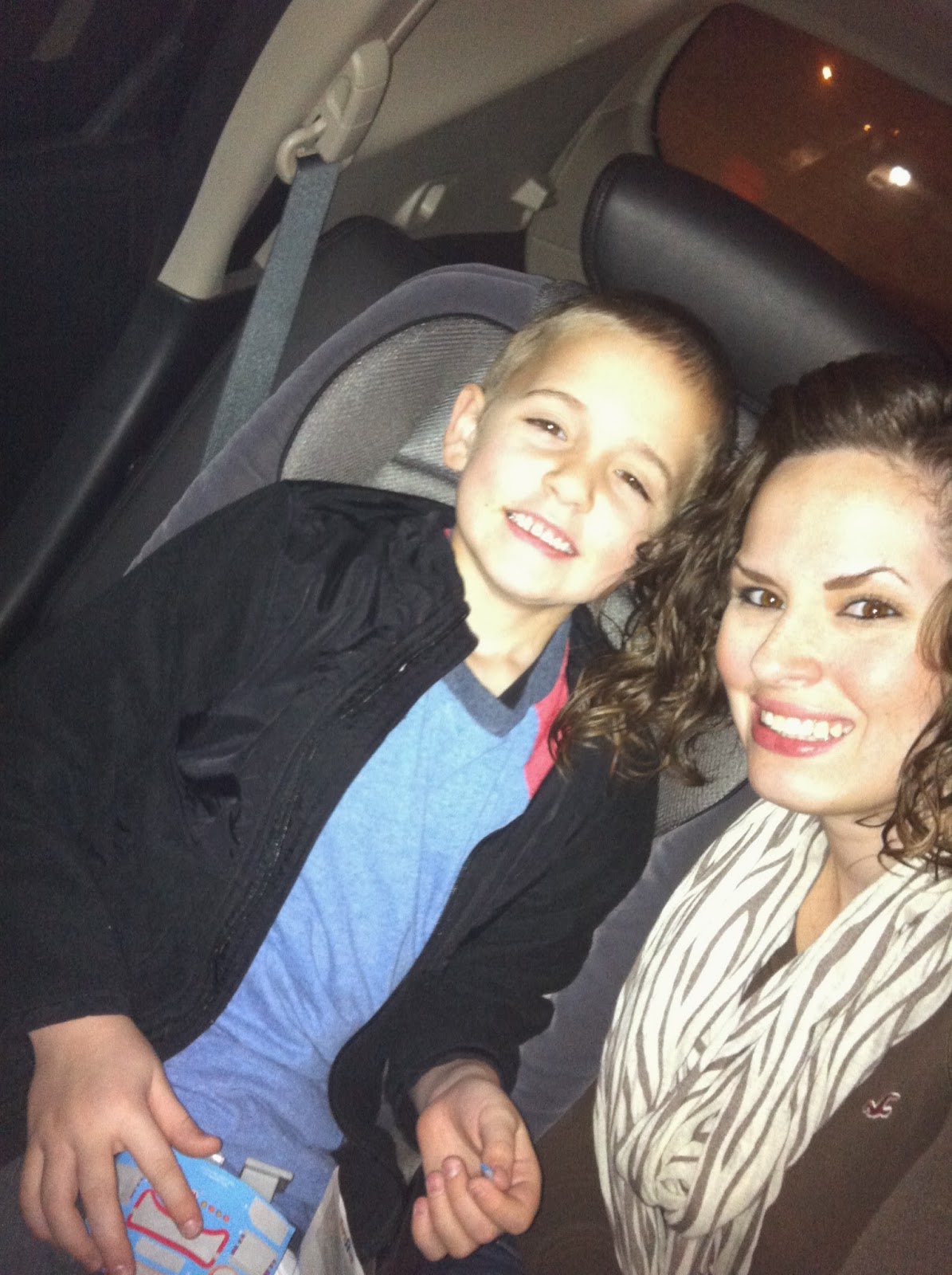 Olivia decided that since I'd dressed her in this super cute little outfit it was a good time to have a complete blow out.  I smelled something so climbed in the back seat with plans to change her diaper quickly before the line moved up again.  Only it wasn't a simple diaper change.  It was everywhere.  EVERYWHERE!   Trying to clean her up and change her from one outfit to the next as fast as I could was not a good time.

But I did it!  She was buckled back up and ready to go just as we were ready to pull forward! 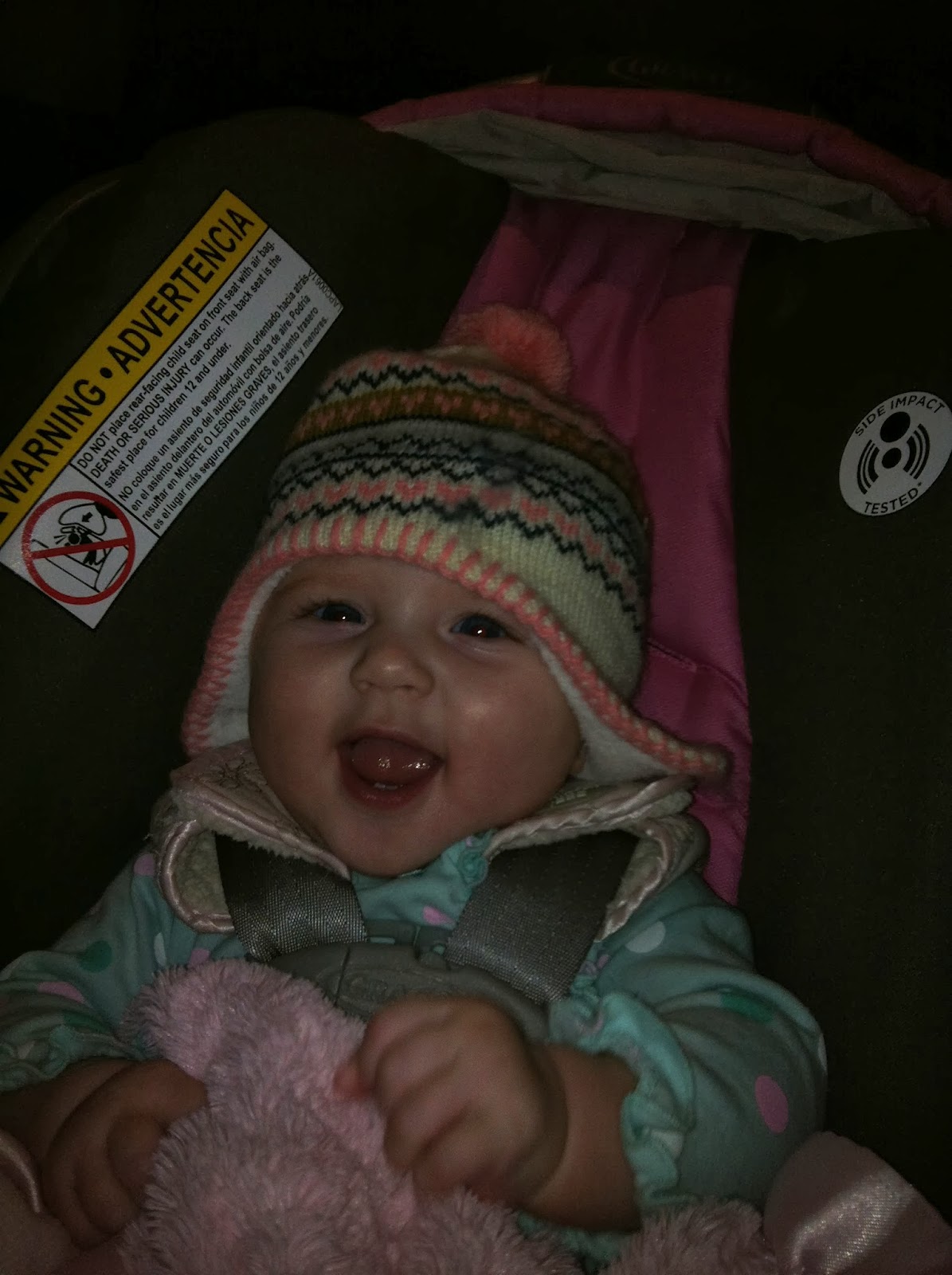 Surprisingly the line moved a lot faster than we expected.  It helped that we entertained ourselves by taking photos.  And changing diapers.  Oh wait that was just me. 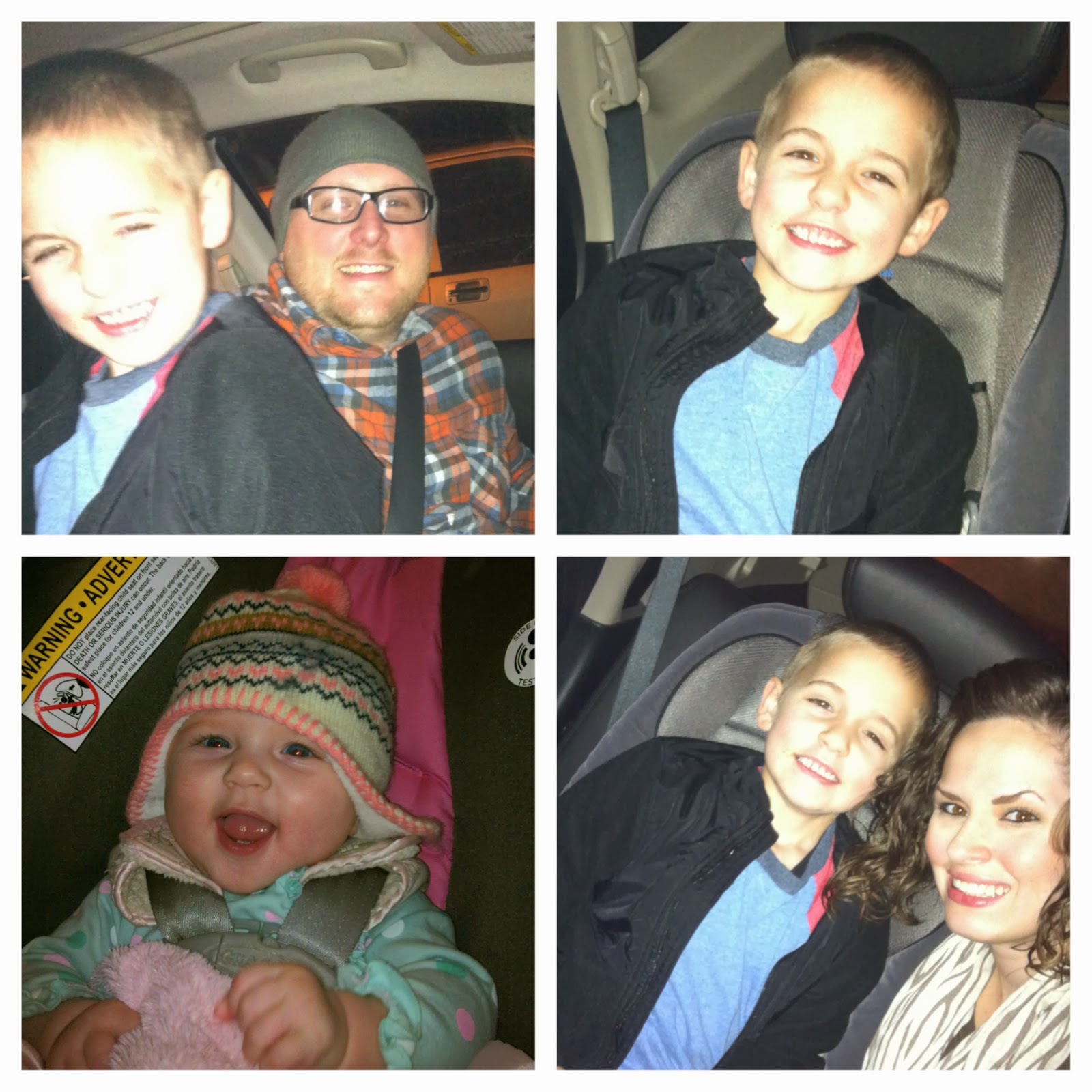 From the school parking lot we headed down the highway to the church for the main event.

We got our CD to guide us through and then it was our turn to head in!

It was so incredible.  They did such a great job of telling the story. 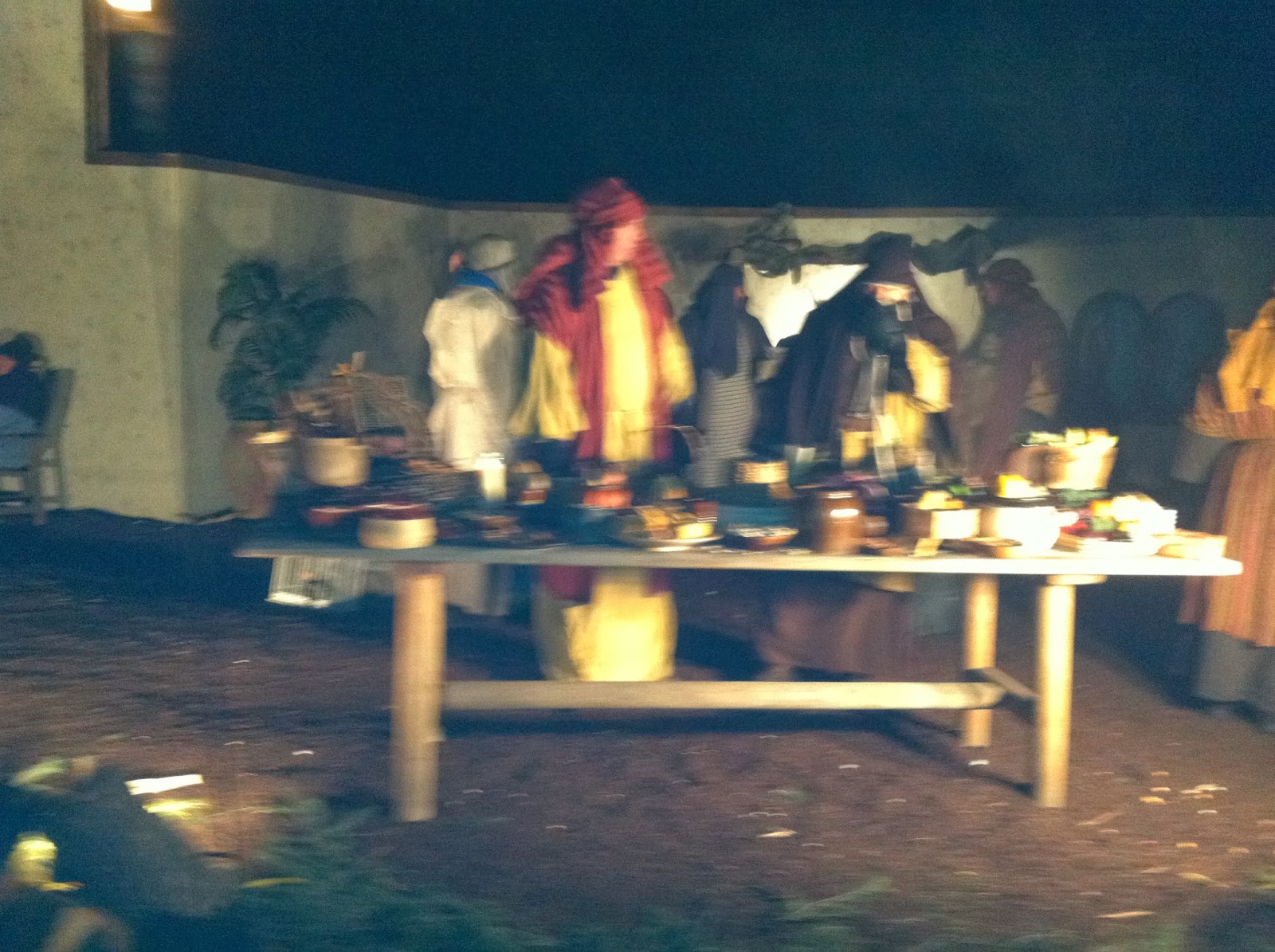 I asked before we pulled in if it would be okay if Preston and Olivia were out of their car seats while we drove thru and was told that it was.  Everyone was going soooo slow and being so careful.  Preston was so excited to get to sit up front with me to watch!  Olivia not as much. 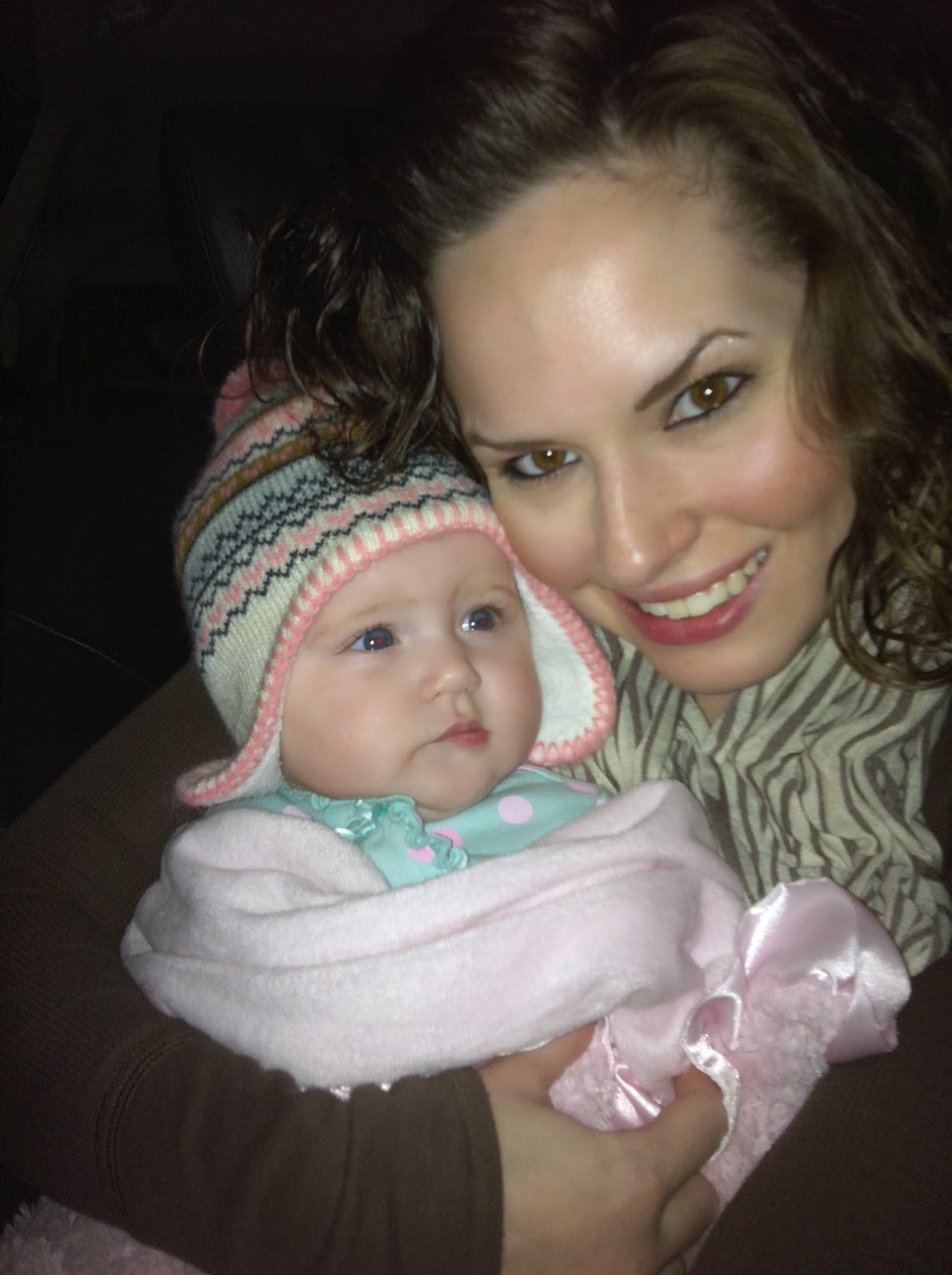 I wish we had been more ready for the manger scene!  I expected it to be on my side since all of the other scenes had been but it was on Brad's.  So while I was looking all over and around the choir, Brad was watching the main event.  I almost missed it.  And only got a crappy streaky window rolled up photo as we continued on. 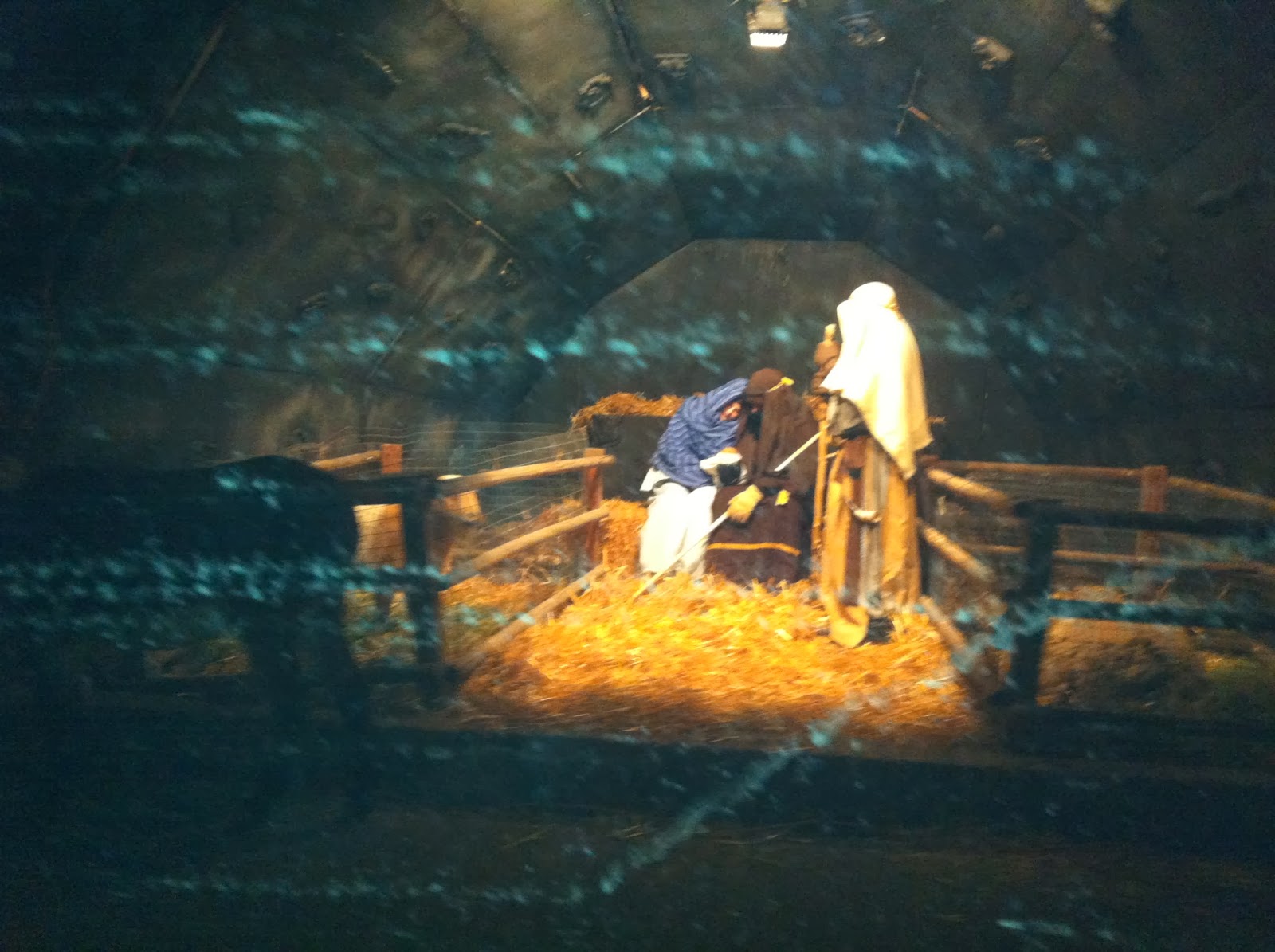 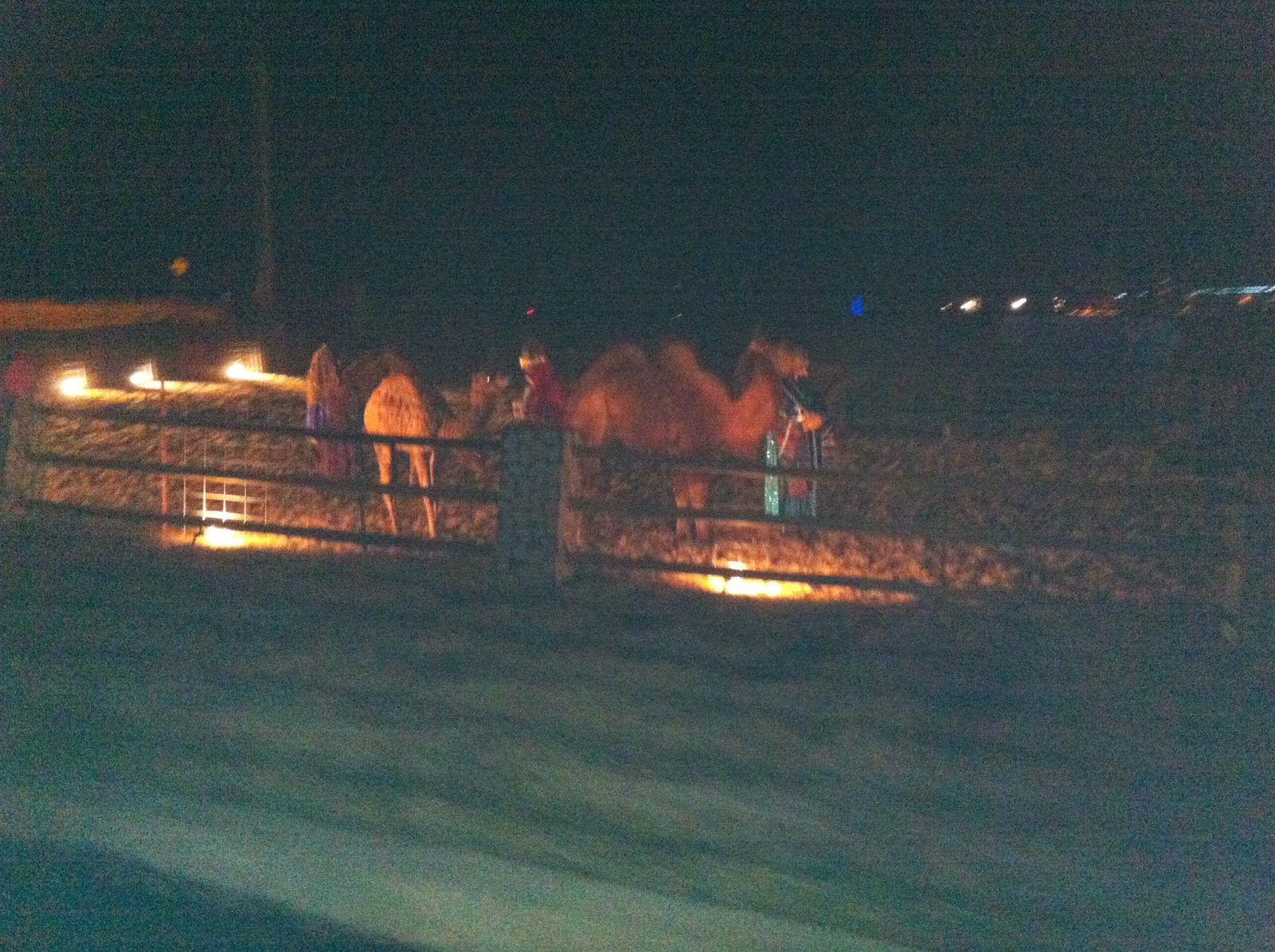 We had so much fun!  It was completely worth the wait.  Now we just have to wait two more years to do it again!