Do You Want To Build A Snowman?

Preston has been wanting to build a snowman since it snowed.

Originally I told him that if there was still snow we'd build one this weekend.

We came home from school and Preston asked if he could go out and shovel (sweet boy!) and I realized Olivia was sleeping so I put on my snow clothes and headed out to join him!

We built not just one but two snowmen!

Those suckers are harder than I remember them being! 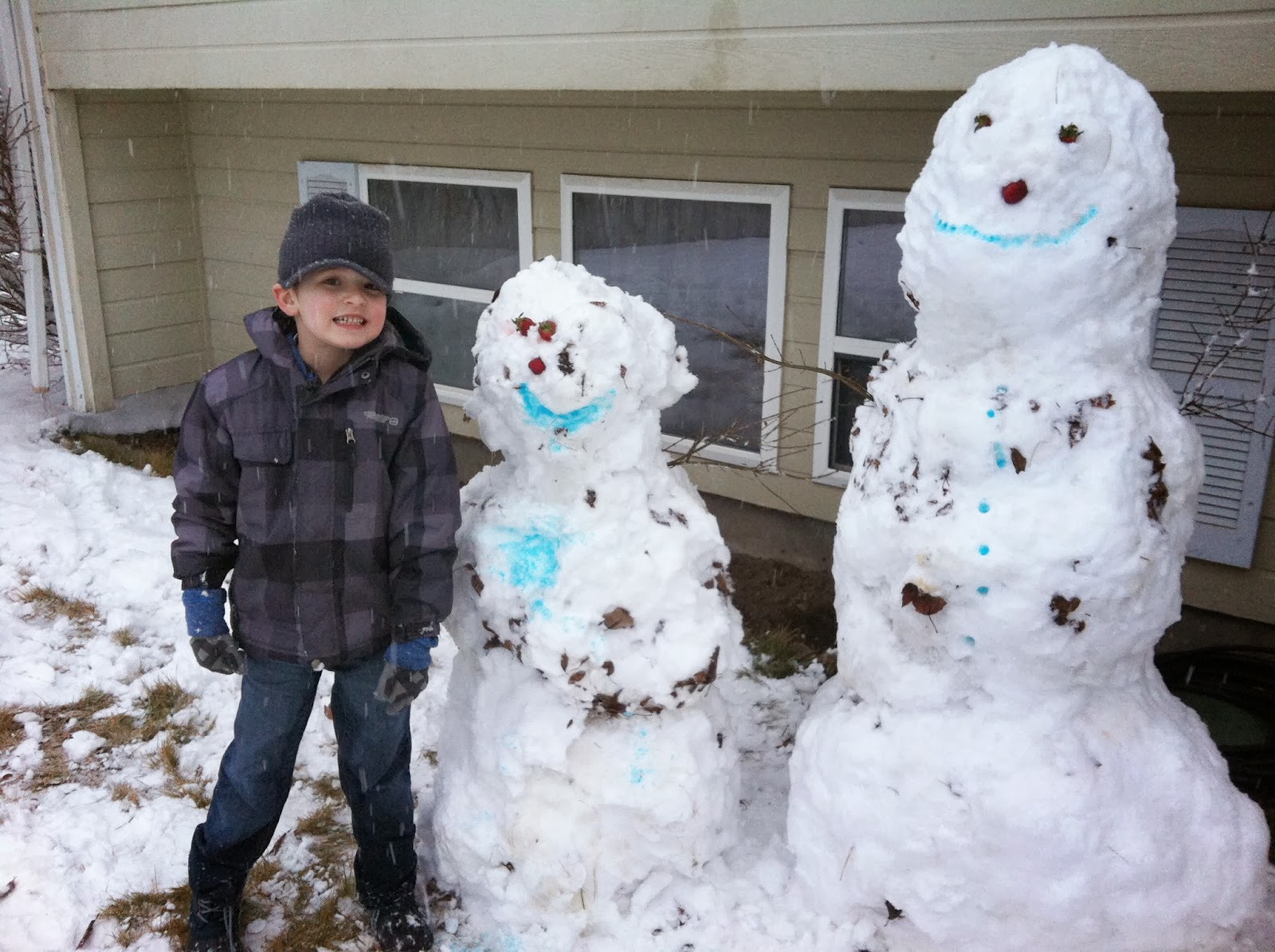 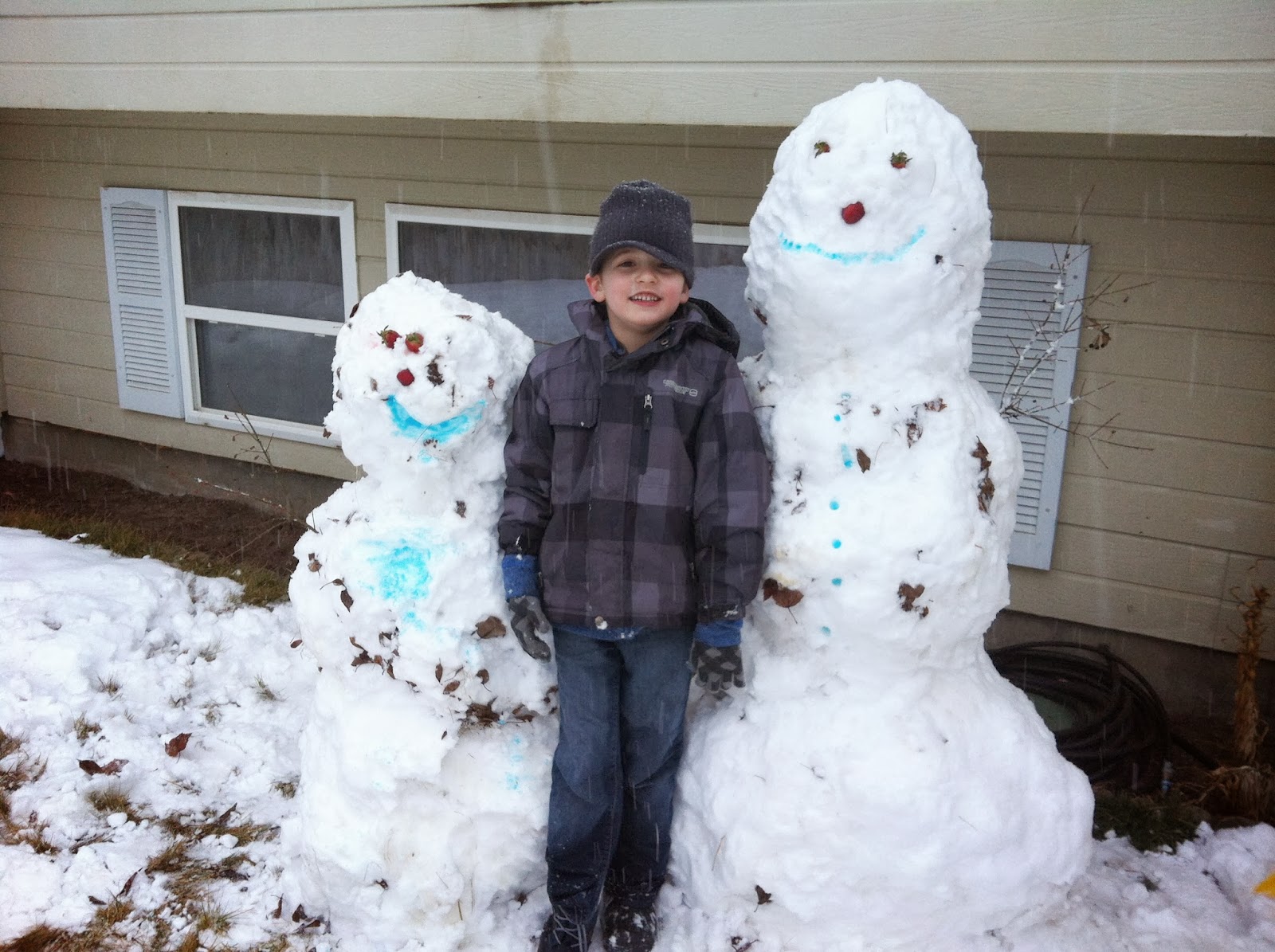 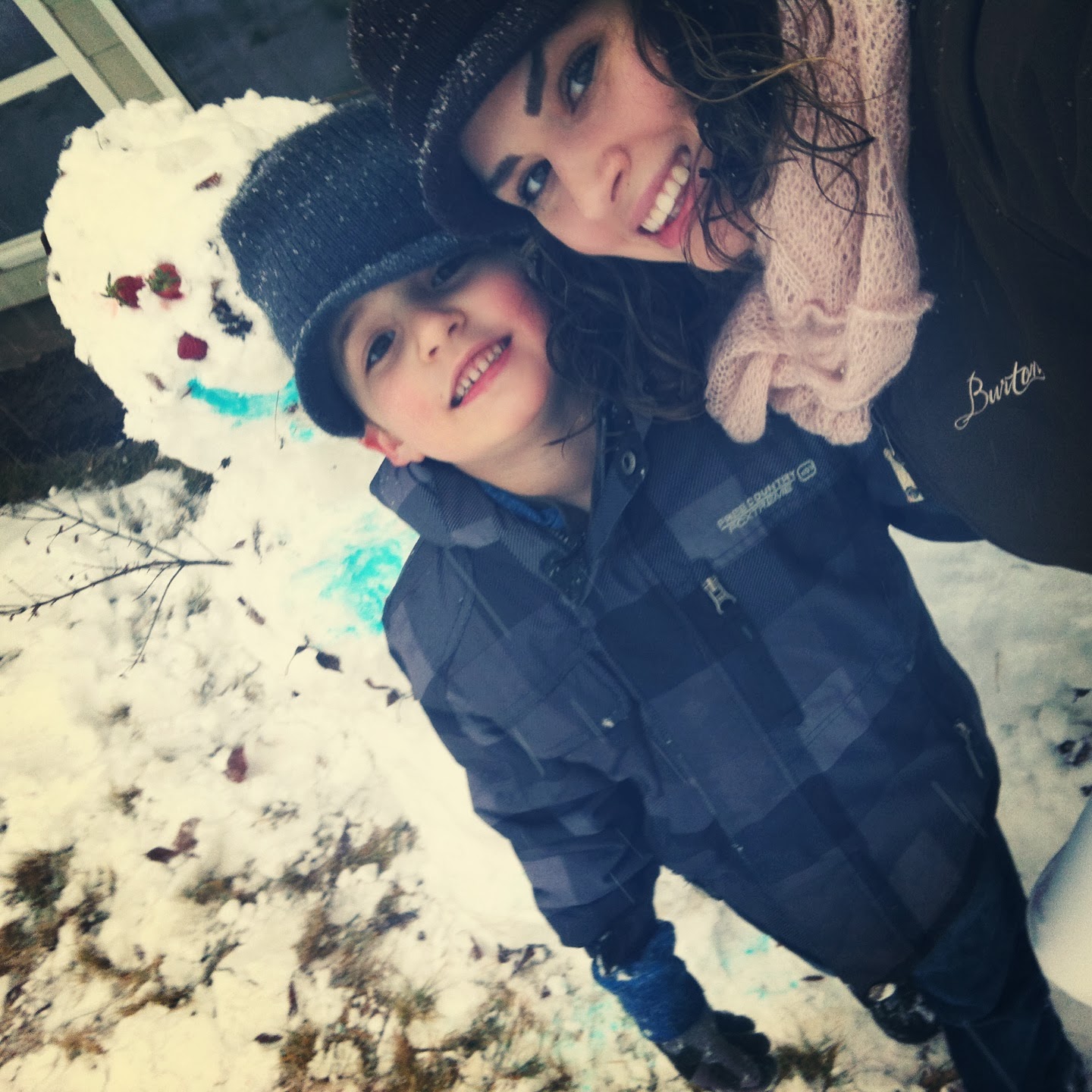 An hour well spent with my big boy!