A State Park by us puts on a Winter Wonderland of lights every year at Christmas. I wanted to go last year but that whole being pregnant and nauseous and so so tired thing meant that it didn't happen. We did it this year though!

It was so much fun.  And so pretty! 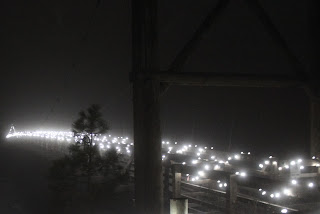 And cold.  But we bundled!

We got to see Santa again. 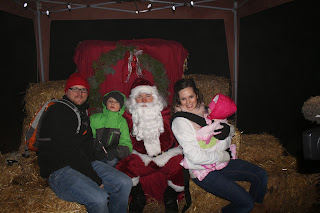 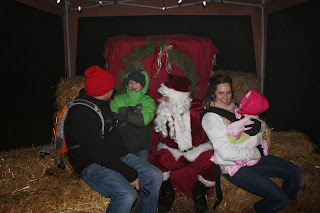 Preston's favorite part had to have been the bridge!  He loves the bridge when him and Brad go hiking so crossing it in the dark when it's covered in lights was just awesome.  I on the other hand was a little freaked out.  It swayed!  In the dark.  While I was on it with my babies! 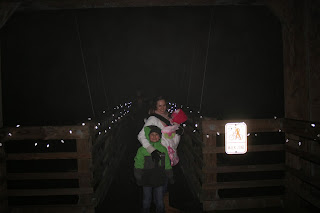 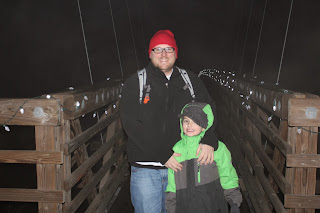 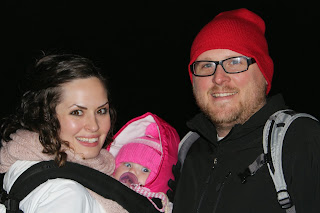 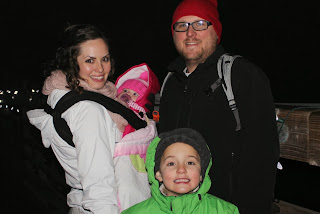 After the bridge we hiked back up and walked along the path to see the owl.  And more of the lights.

We hopped in line for the hay ride.  But oh the line.  It was so long.  So long.  And no one cared enough to ride it to wait that long.  We did stop to visit every single fire pit along the way.  And Preston got to throw some sticks into the fire at one of them.  Which more than made up for not riding the hay ride.

It was so much fun!  We are definitely going to go back next year!