That means it's time for her six month appointment!

She's always so happy in the waiting room! 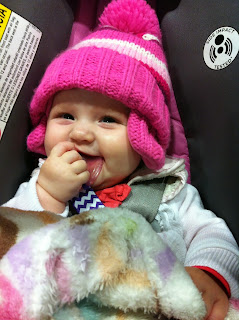 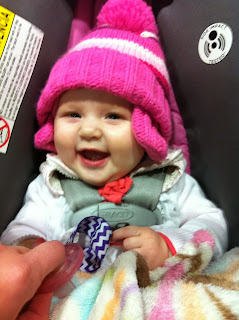 Once we got back into the room, it was time to weigh the big girl!

She weighed in at fifteen pounds twelve ounces. Little peanut. Sitting in the forty sixth percentile! 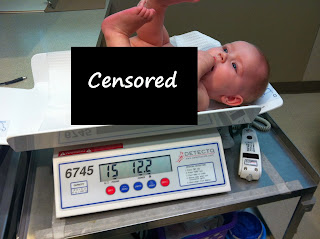 Then they measured her. Twenty-seven inches! The ninetieth percentile.

Olivia loved that the little table they have her sit on is covered in paper. It's her favorite toy. 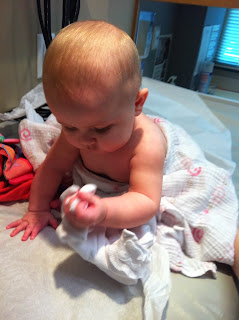 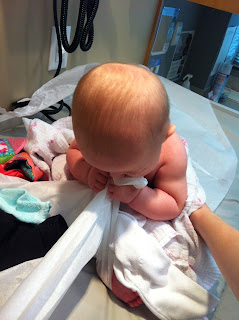 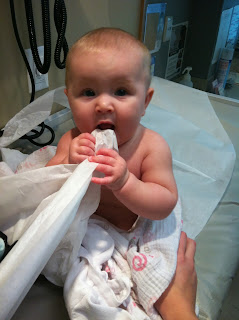 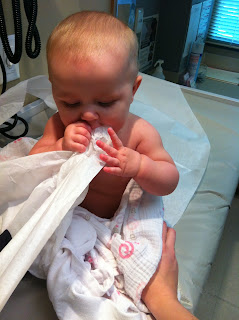 She pretty much destroyed it.

Our pediatrician came in and we chatted about what she's about to and any concerns I had. There weren't a whole lot. He commented on how great she was sitting up for her age. Which was really reassuring since Preston was crawling at this point. I told our pediatrician that and he told me that Preston was definitely not the norm and Olivia was sitting better than most babies her age! Way to go Livs!

Olivia did so awesome. She only cried for a couple of seconds. Then was over it. The nurse was trying to sneak out since she said she knew Liv must not be happy with her. But Liv was irritated that the nurse wouldn't pay attention to her.

We get to go back in a month for her second flu shot and then at nine months but she doesn't need shots again until she's one I think! Hurray!