Olivia got to try drinking out of a cup for the first time! 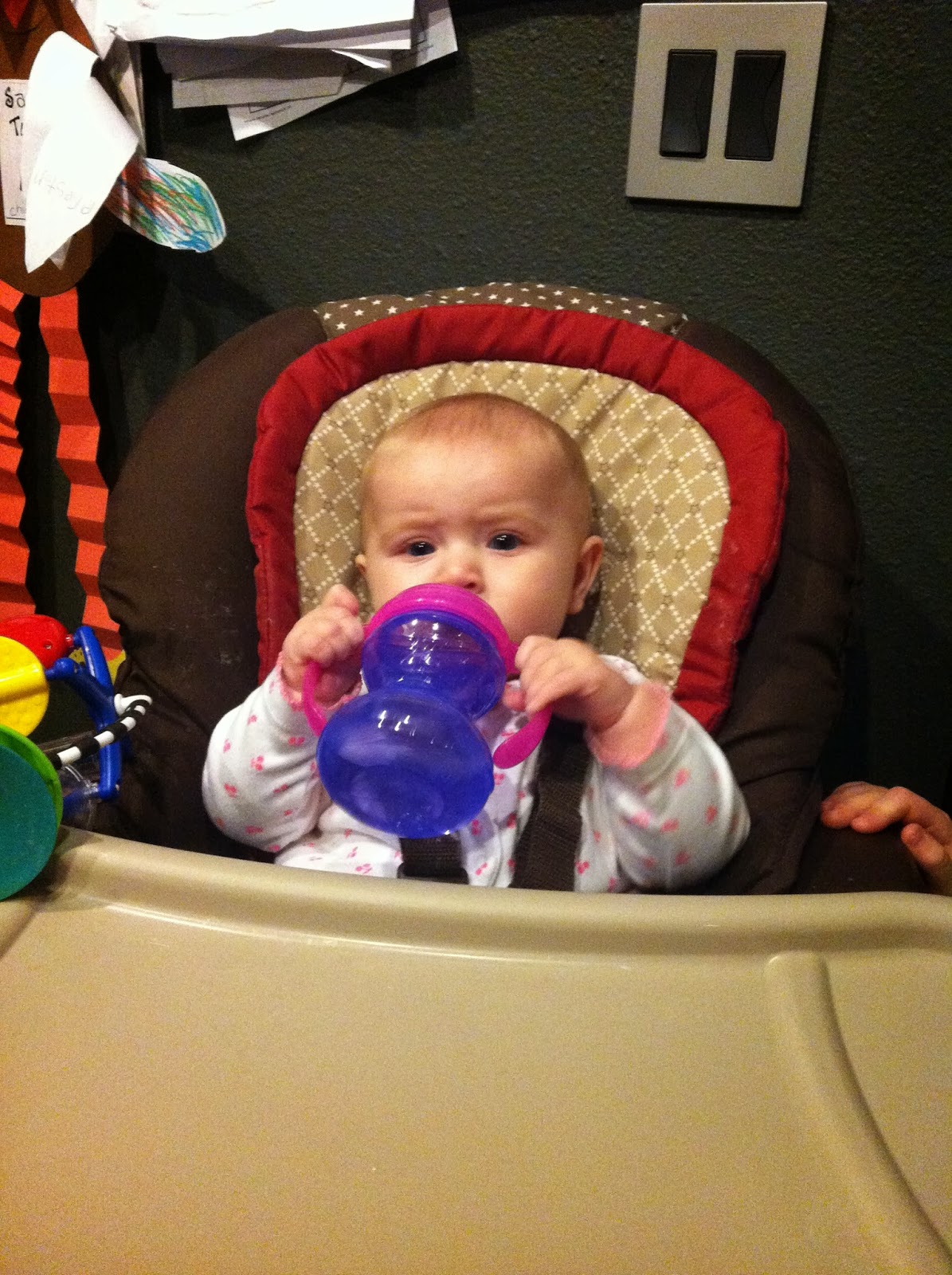 I think Preston was more excited than she was. Ha! 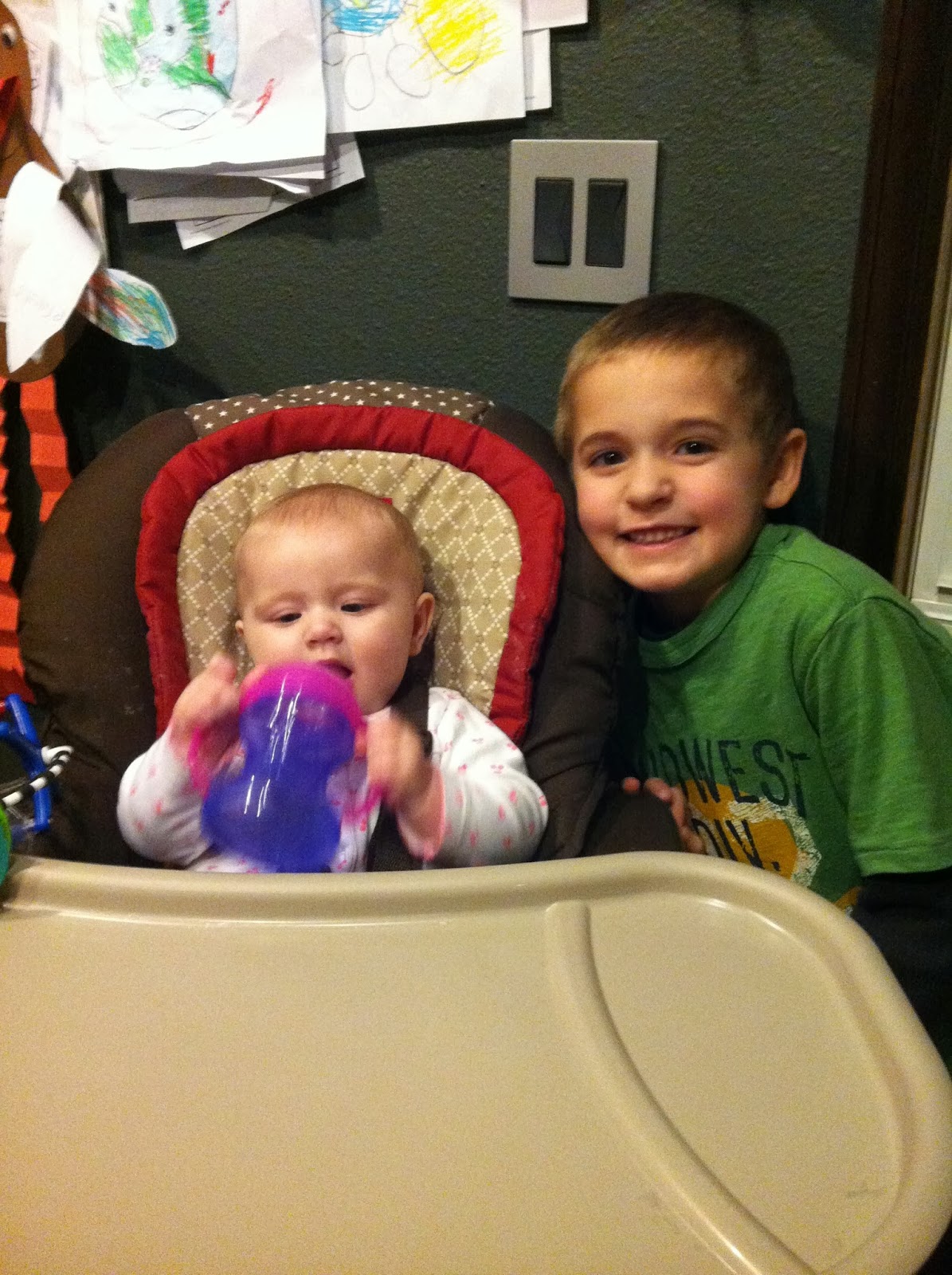 She was completely content to just chew on the spout. 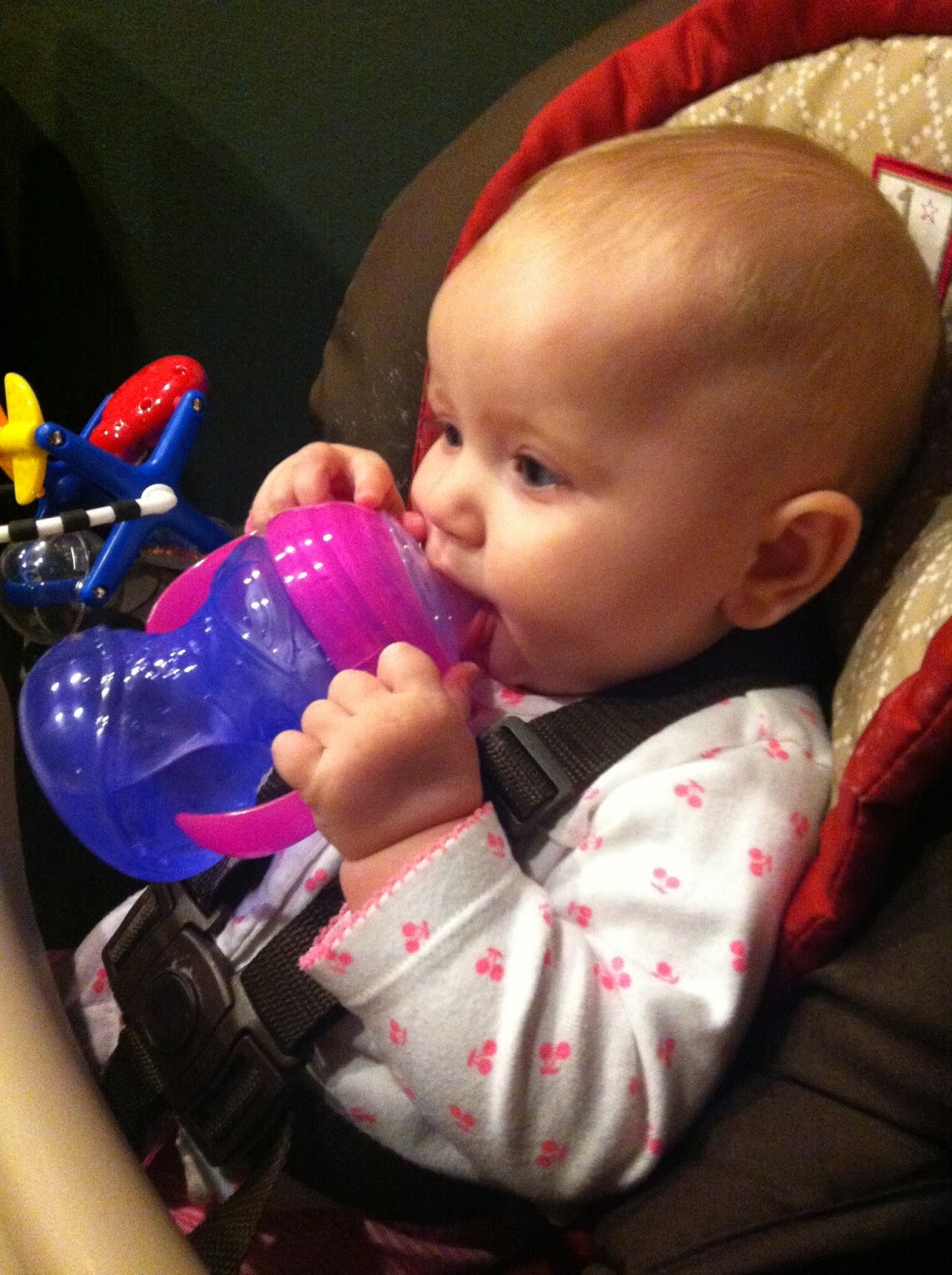 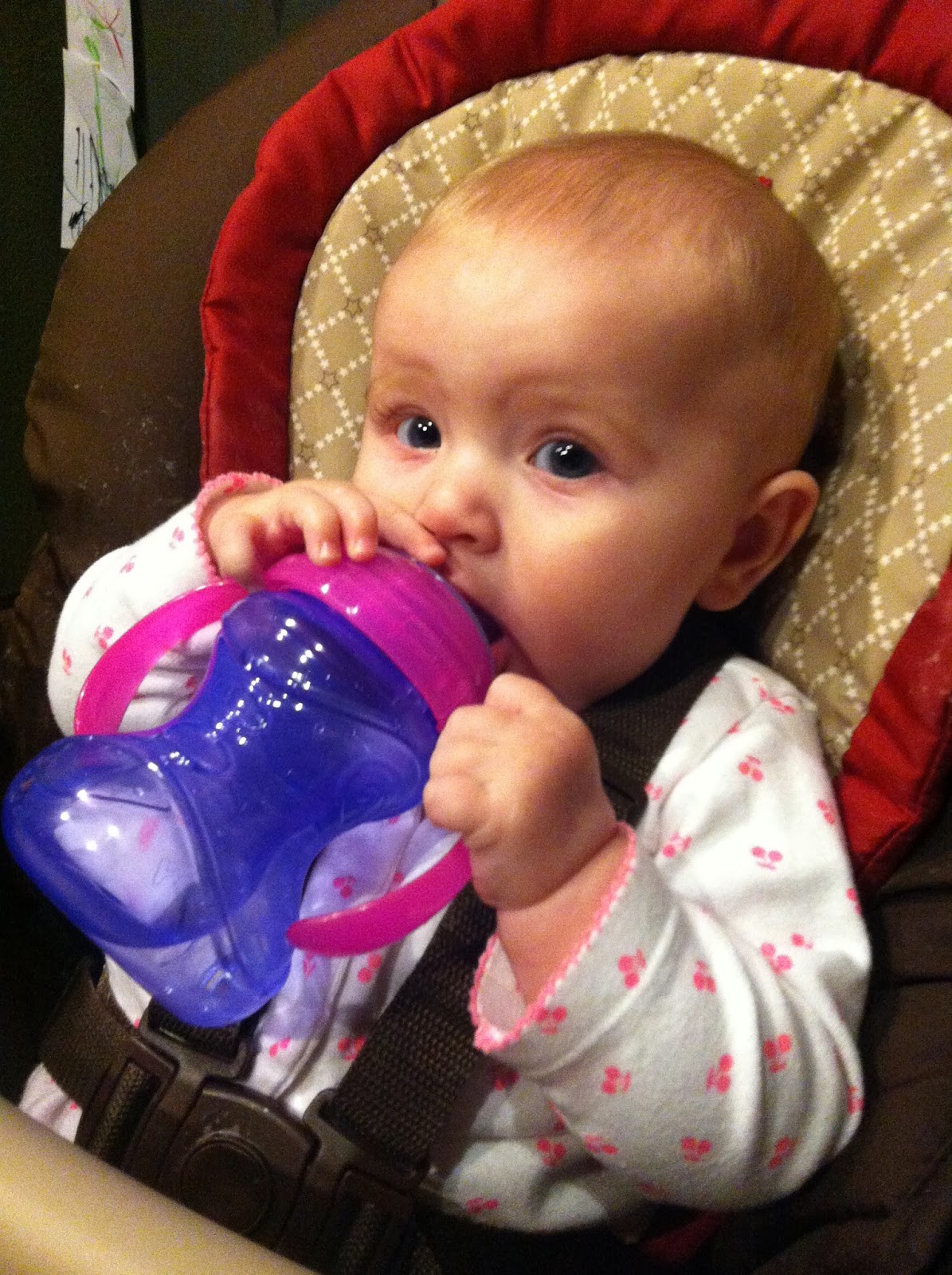 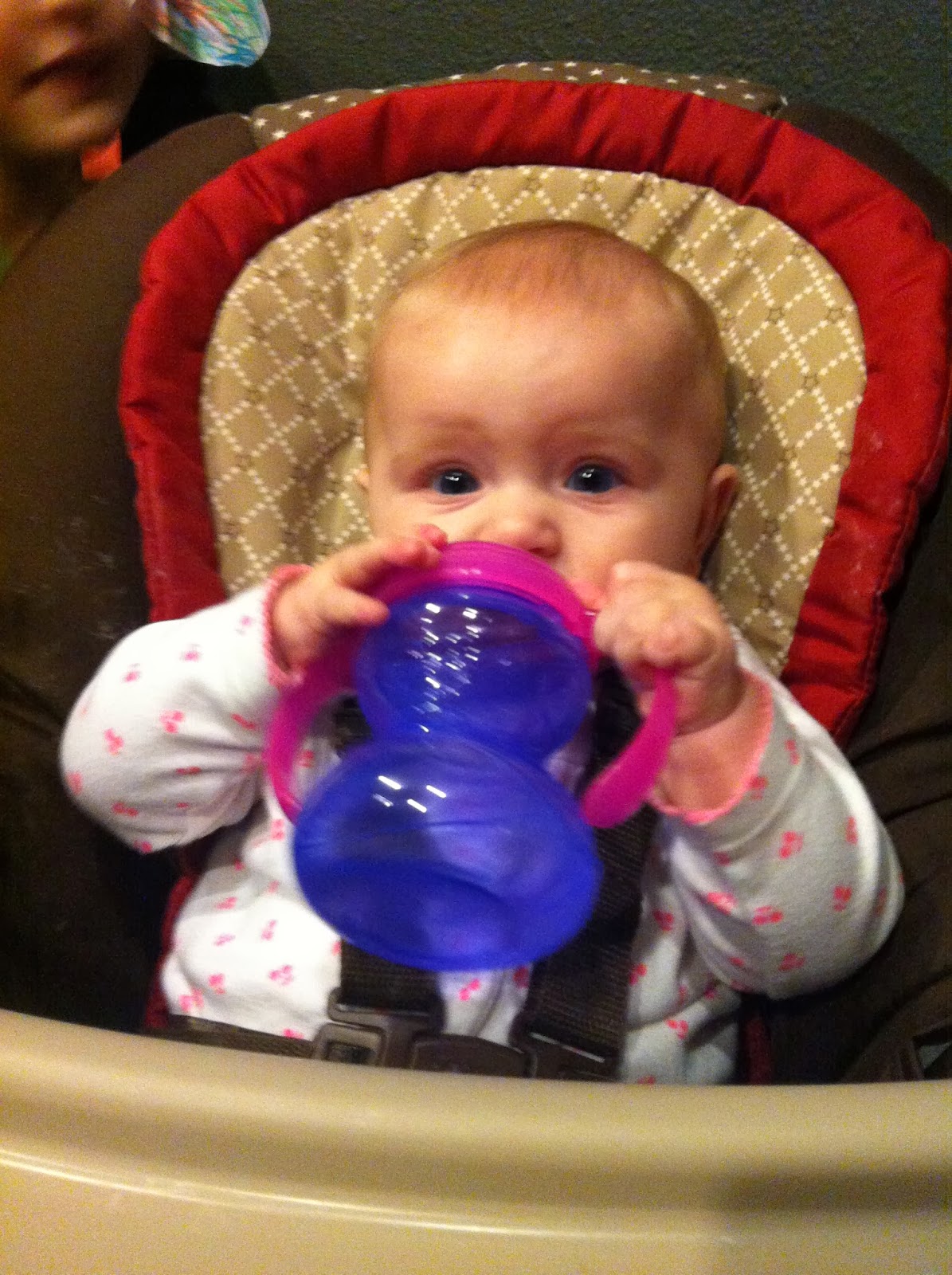 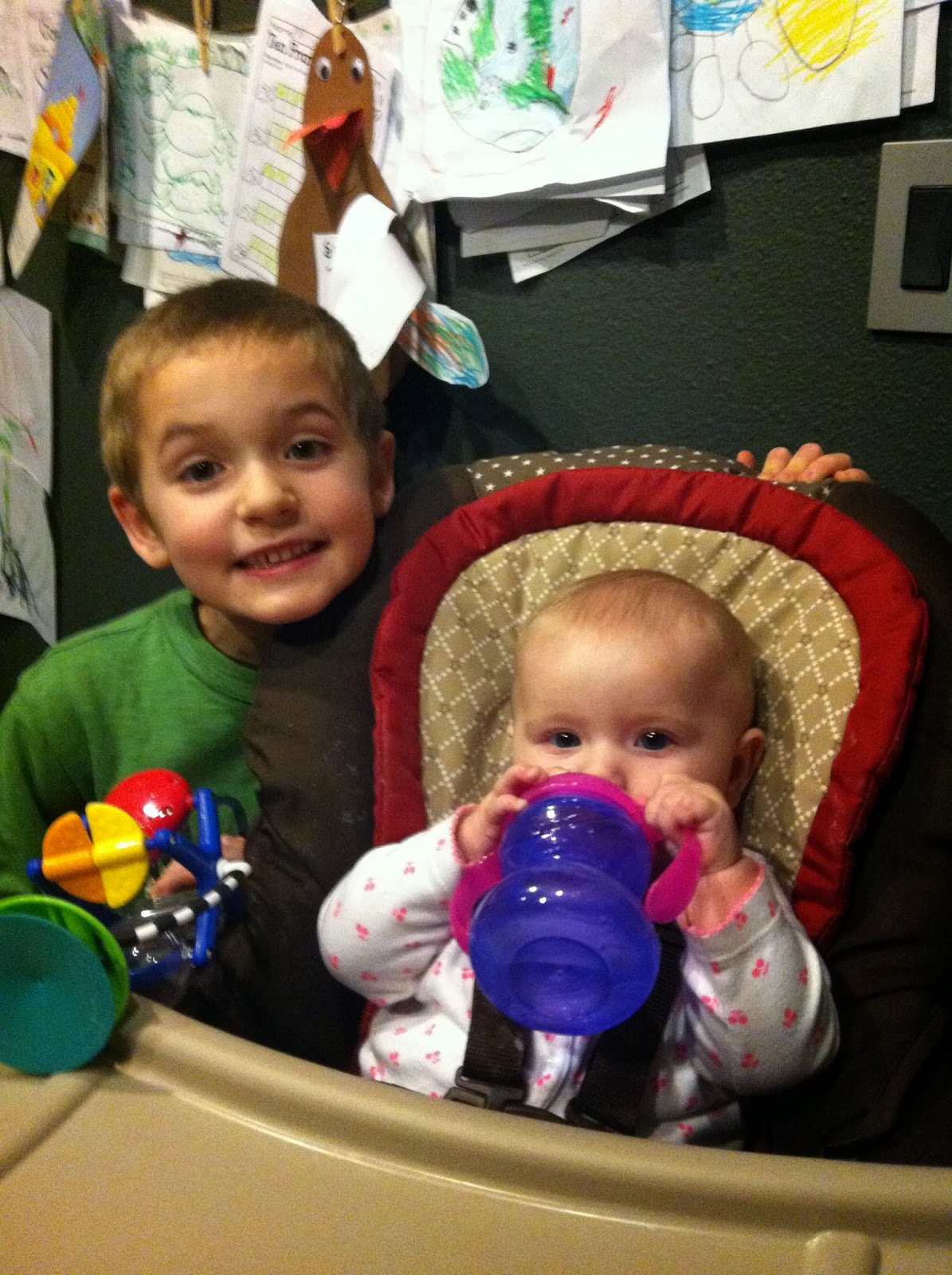 But I wanted to show her that there was water in the cup!  So I tipped it up for her. 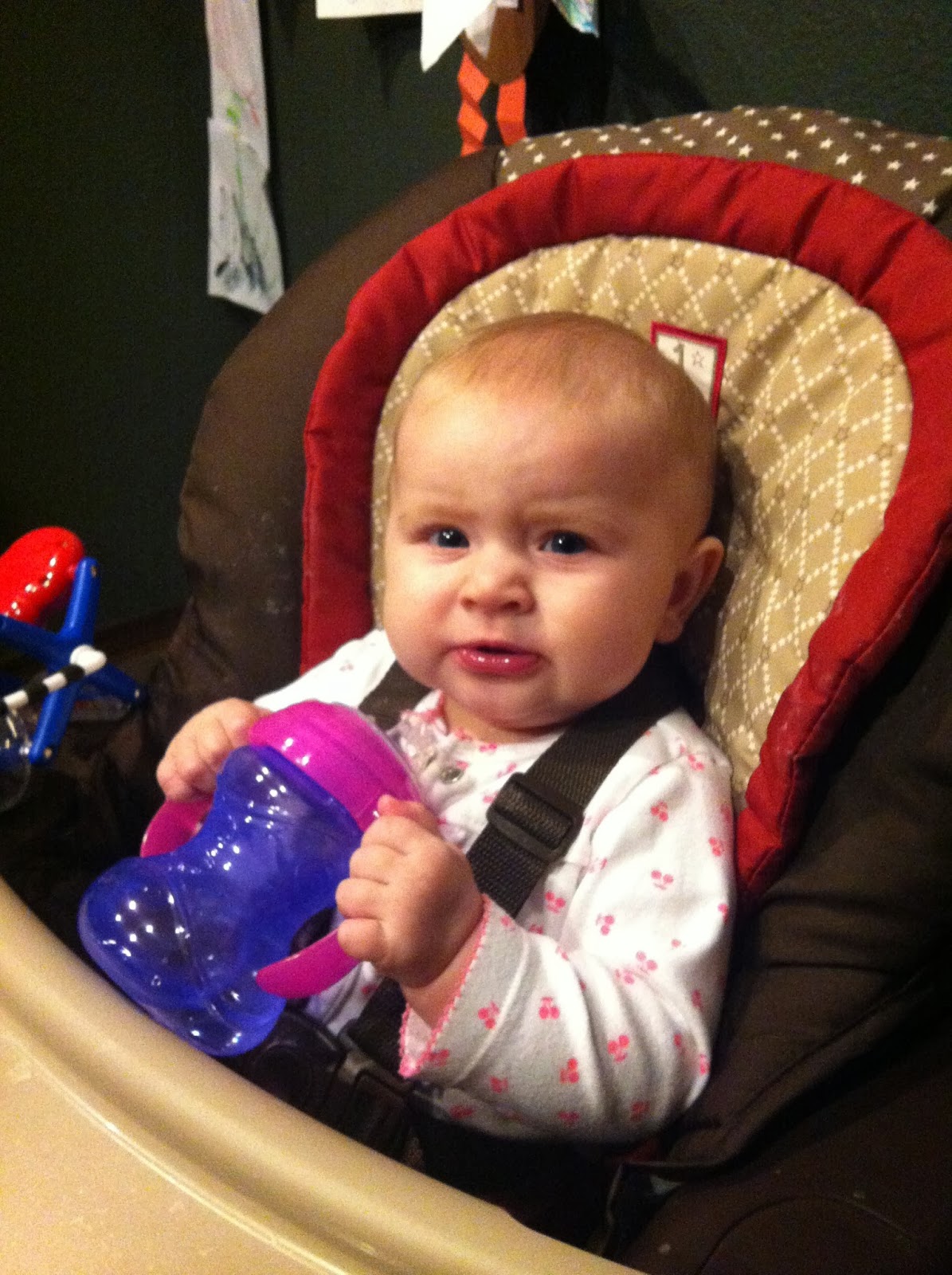 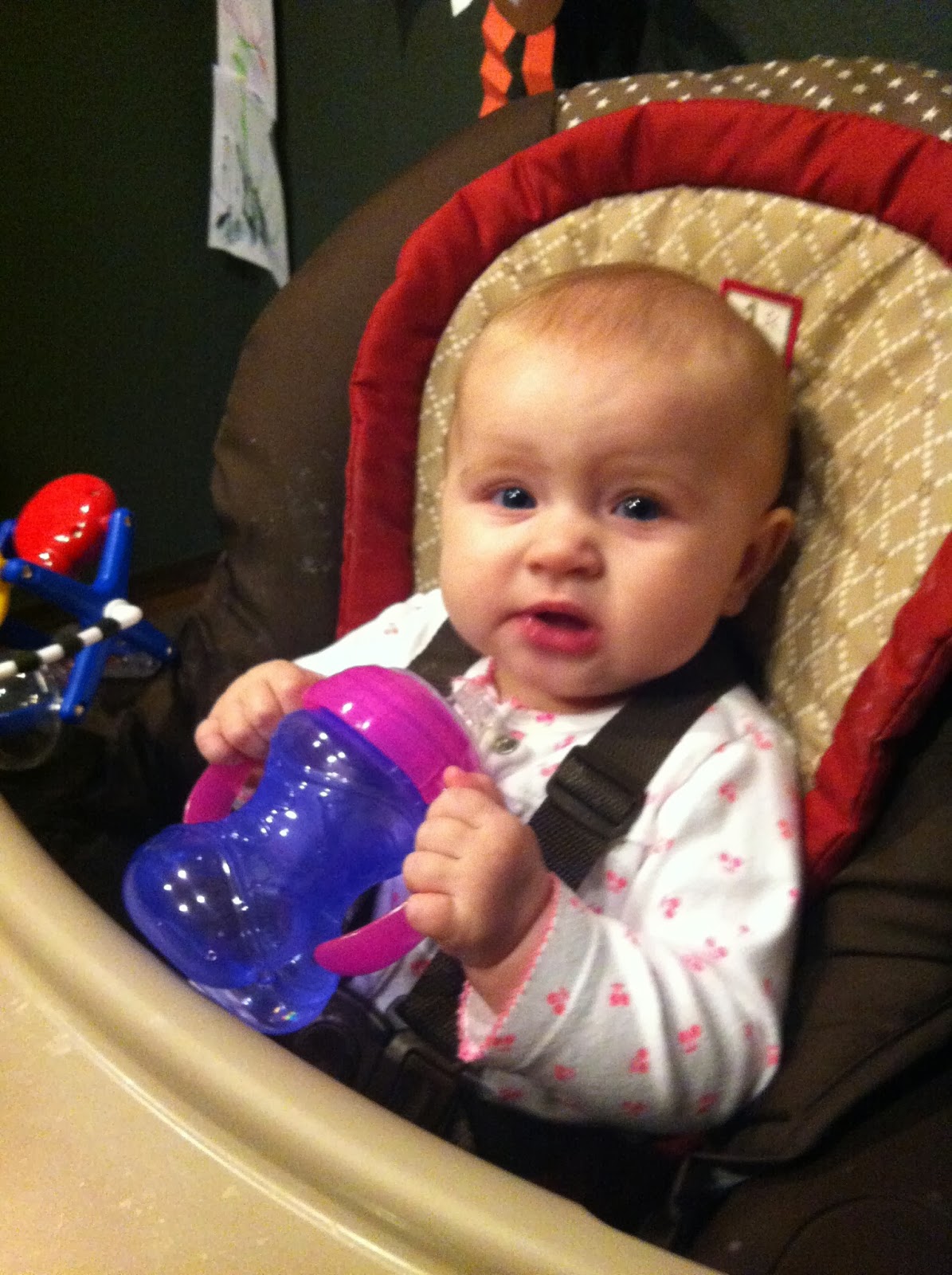 She was not impressed!

She just wanted to chew on it. 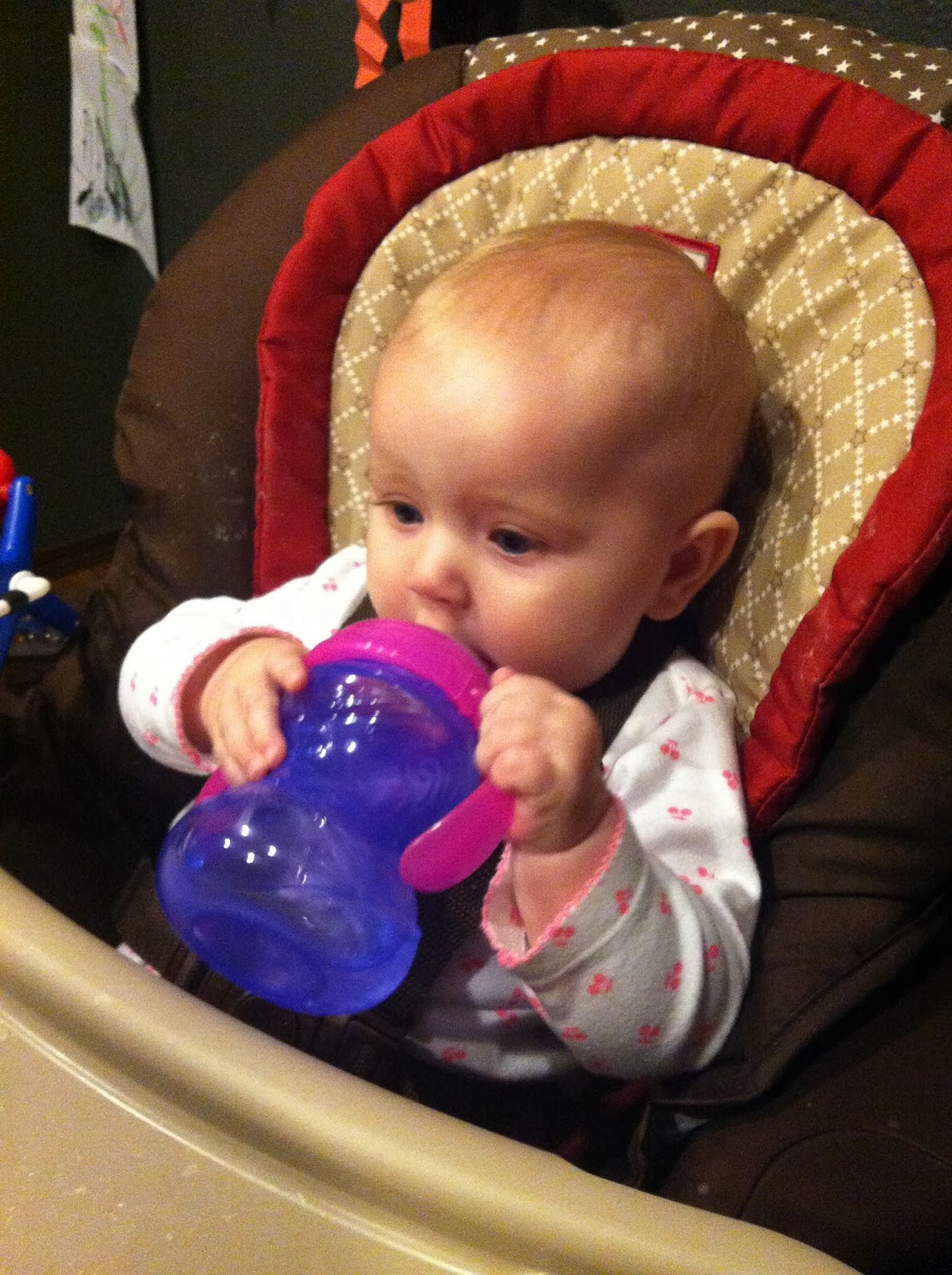 Which didn't match up with me wanting her to see how awesome it was that she could drink the water in it.   So she would chew on it.  And I would tip it up. I think this is going to be a process.