October means a trip to the pumpkin patch! After soccer and heading home for lunch, we headed to the patch with my parents and little sister and friends.

Preston was so excited!  He wanted a giant pumpkin!  So the search began. 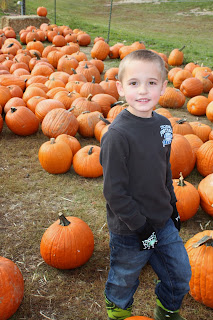 My boys!  And Preston's giant pumpkin! 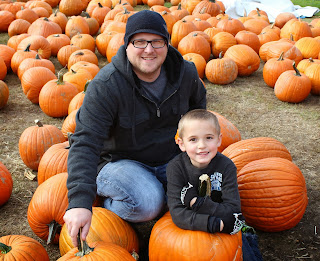 Poor Olivia isn't big enough to pick out a pumpkin.  She had to settle for hanging out in the stroller. 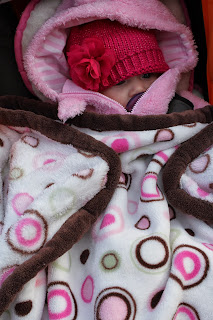 Preston picked out two giant pumpkins. One for him and one for Daddy.  They were giant.  One was a fifty pound pumpkin!  As big as Preston!

Preston and I with his pumpkins! 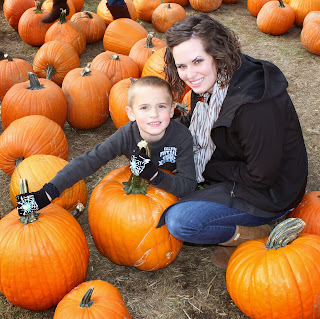 Once Preston had picked his pumpkin he headed back in to help Auntie Rissa pick hers! 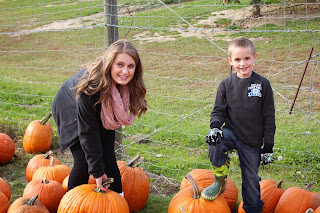 Grandma treated Preston to a ride on a pony. 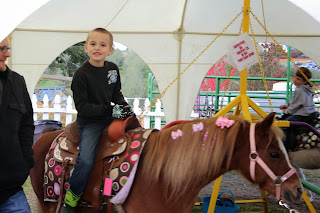 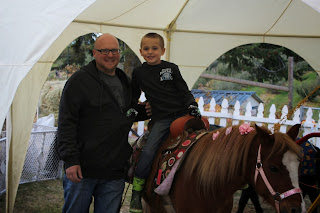 Every time they went around Preston gave me a smile. And after a few times around he started grabbing Brad and telling him to smile too.  Totally can't tell he's ever had his photo taken!

We checked out some of the vendors and Preston decorated a pumpkin. We also picked out our Christmas ornaments for the year when we found out one of the vendors there was someone we had ordered from before!  Preston was so excited to pick his out!

We'd gotten a late start for the day with soccer and then lunch so when we headed over to do the corn maze and all the fun of the kid area we realized the whole thing would be shutting down in fifteen minutes.  And no way no how was that enough time to do it all.  Or to pay for it all!  So with the promise to Preston that we'd return we headed back to the car.

I also realized once we got there that poor Livi missed out on all the photos since she'd fallen asleep in the Ergo.  And was just too little to pick out a pumpkin.  So Brad took some before we climbed in the car to head home! 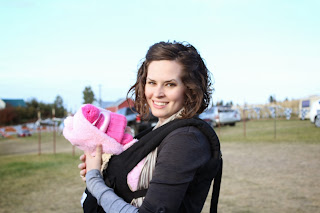 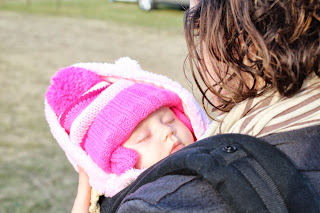 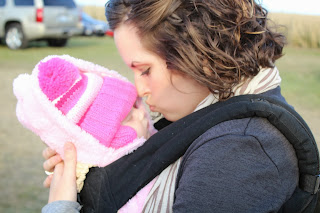 On the drive home we drove past a couple of other farms in the area and picked the one we're going to check out next time!  It looks so fun!