Preston was having a really rough night and was all sorts of upset and finally I got him calmed down enough that he could tell me what had started the whole meltdown.

It stresses him out. His words.  He kept saying that library stressed him out.

I asked if the library teacher was mean.  If there were other kids in there that were mean.  Basically I asked a bunch of questions about things that would stress me out.

We never call Preston by his first and last name.  Always by his first and middle name.  Always.  When we're trying to get his attention.  When he's in trouble.  When we're cheering for him.  First and middle name.  Preston James.  It feels weird to say anything other than that six years in.  The thing is when you check a book out you have to give your first and last name.  While Preston does in fact know his last name, since he doesn't hear it as often he always tells the librarian Preston James.  Only that's not right.  So when they tell him to try again he stresses out again.

Once he got through the whole process of finding the perfect book and then checking it out and saying the right name, next up was that for the remainder of library you sit down at the tables and read your newly checked out book.  Only Preston can't read.  And that's a big issue for him.  Being told to sit down and read his book when he can't actually read it.

Only to end with the fact that after all of that he had to return these books the following week.  These books that he worked so hard to check out and now really enjoyed.  He didn't want to return the book and go through all of this all over again.

So I offered to come to library.  Every week until he was no longer upset about library.

Which calmed him down.

I went to school with him and talked with his teacher about it and she let me know that I was more than welcome and she wanted to help in whatever way she could because she hated that Preston was having a hard time with library and told me when library was.

For three weeks Olivia and I headed back to school half an hour after we dropped Preston off so that we could go to library.

We listened from the sidelines while the class was read a book by the librarian, who seemed very nice. 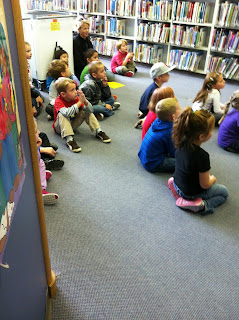 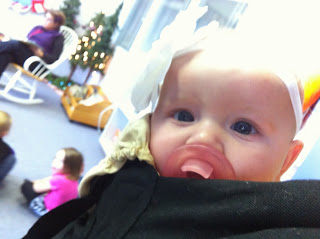 I helped him find a book.  A book that he would enjoy for the week that he had it. 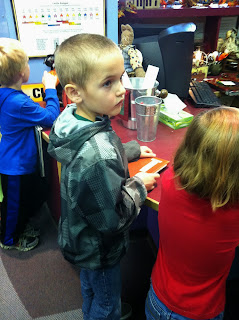 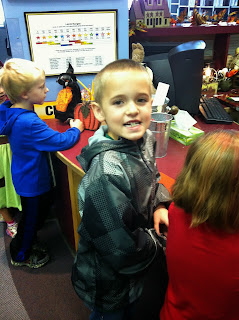 And finally sat down at the table to read his new book.

It all went great!  Preston seemed so much less stressed.

But the following week all the anxiety was back.  Even starting up during the weekend.  Asking when library was.  How many days were left.  Where his library book was.  Would I be there.

So for the second week in a row, Olivia and I went to library. 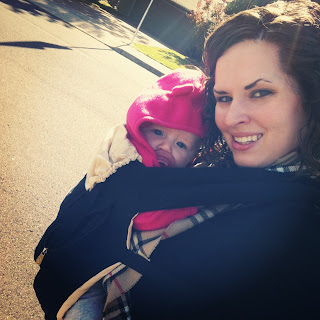 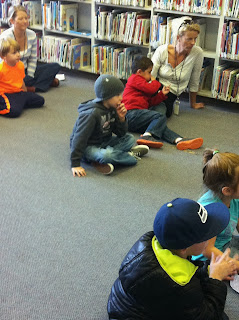 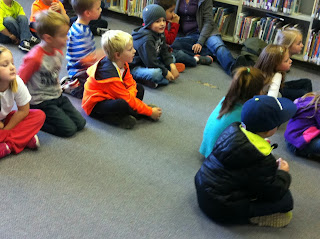 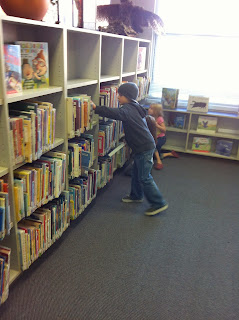 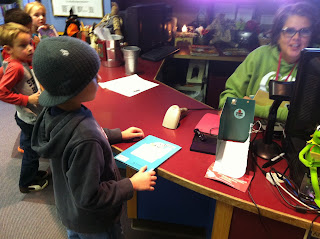 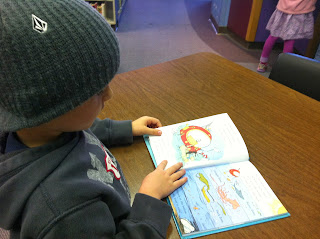 Things went even better this week.  I hung back and let him do his own thing.  Just knowing that I was there seemed to be enough.

He was still a little bit anxious about library over the weekend but told me that he could handle it.  By himself even.

Only nerves got the best of him and on library day he changed his mind and said he wanted me there.

So I was there.  Another week.  Another library visit. 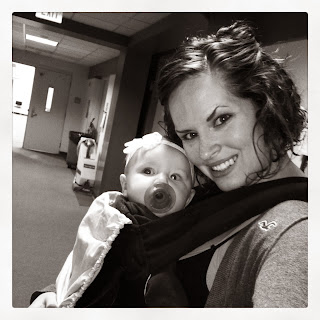 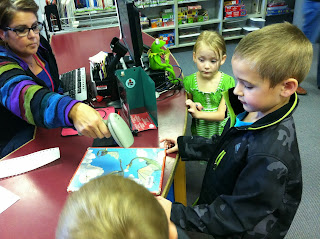 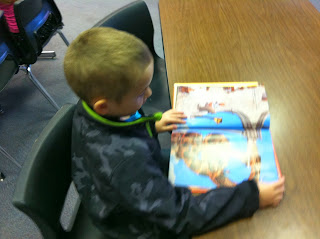 It turns out third times the charm.  After the last visit Preston told me that he could handle library on his own.  And he did.  This week he went to library all on his own and told he it went just fine!

The thing is Preston's had a big year.  He became a big brother.  Went from being an only child to the oldest.  His Daddy is working out of town.  His Mommy is slightly exhausted.  He started school five days a week.  Big boy school.  So if he needs me to come to library for three weeks or longer had that been the case.  I'll do it.  I'm his Mommy and he's my little boy.  So when he needs me for the big things or the little things, I'll be there.  I hope he never forgets that.