Some friends of ours invited us over to carve some pumpkins and have dinner! We hadn't seen them in a while so I jumped on the chance to hang out! And I'm so glad, we had such a great time!

There was some serious pumpkin carving happening. 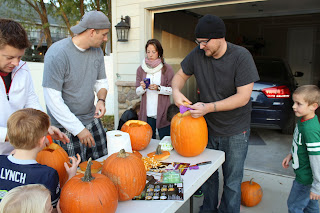 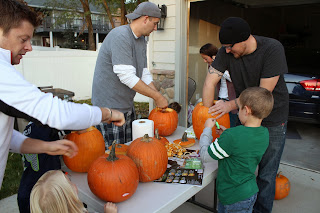 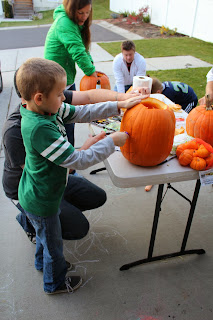 The Dads ended up doing most of the work since the kids were over it pretty quick.  But Preston did come back to help paint the pumpkin.  Which Brad was so excited about since it made it that much more fun to carve when he was avoiding green paint!  Ha! 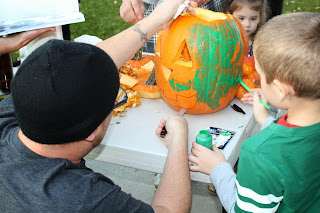 And then Preston gave up on painting it and Brad finished.  It's tough being a Dad when you have to share your pumpkin! 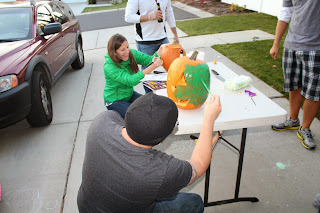 Livs was having a good time with her toys too!  She got to stay snug and warm in the cutest little fleece that Caymbree handed down to her!  It was big but she totally rocked it! 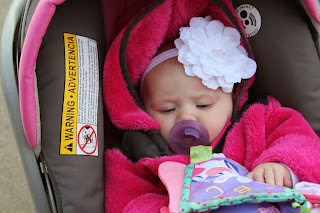 The kids moved on to painting the little pumpkins while their Dads finished up the bigger ones!  There were pumpkins everywhere! 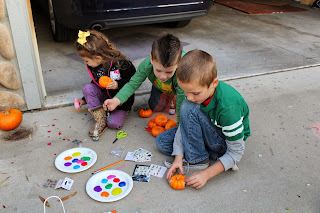 Some of the little pumpkin carvers.  Notice the boys and their swords.  Boys will be boys! 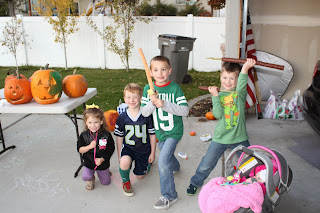 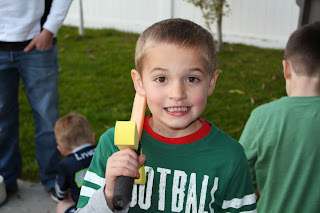 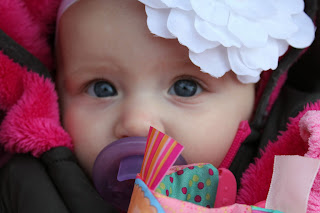 Livs got to hang out with Caymbree when we went back inside! 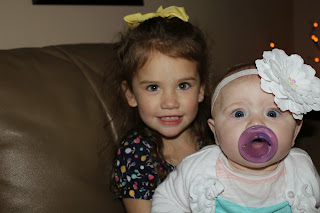 After we warmed back up we all had dinner.  Kelly made taco soup and it was my first time ever having it and it was sooooo good!  How I have waited my whole life to try it, I'm not even sure!  I'm totally going to make it again at home!

Preston had a blast racing around with the boys while Livi fell asleep on Daddy's lap watching football and I got to hang out and have actual grown up conversation with the ladies!

We all had a great time!  Thanks for inviting us Zellers!

SO fun! I want to do this when our friends have kids!