Preston's been home sick for the last two days. His first sick days. He woke up with a cold on Monday and then it got worse. And worse. Until Tuesday night he was running a fever. Fun times. Yesterday we ran to the store and bought some cold medicine and it has helped sooooo much! His fever has been gone since last night/early this morning. So he's going back to school tomorrow. He's so excited. And totally bummed out that he missed p.e. Poor kid!

Olivia has caught a smaller version of the cold Preston has. Poor girl's nose is all runny.

I love Fall. But hate cold and flu season. Just had to get that out of the way.

Afternoon kinder has meant that me and Liv have been able to meet Kelly for lunch twice now! Once on her birthday and once when Chili's was donating all proceeds to St Jude's! 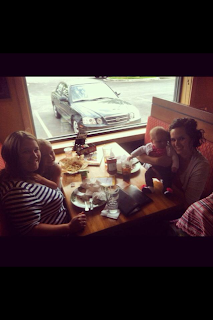 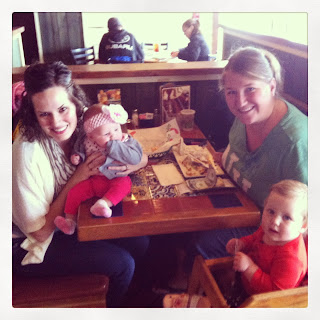