Even after playing a team that was (ahem) undefeated. The other team isn't anymore. But we are! Woo Woo!

It was wet and rainy. And cold. But we did it.

Of course by we, I do mean the little people. I didn't actually do a whole lot. Except cheer. And take away Preston's hat when he kept pulling it down over one eye because he wanted to be a pirate. That was awesome. 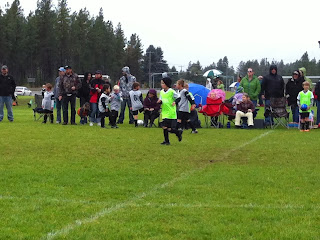 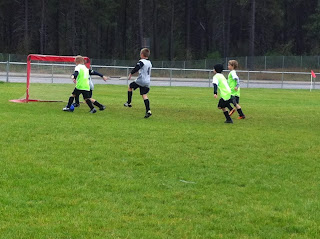 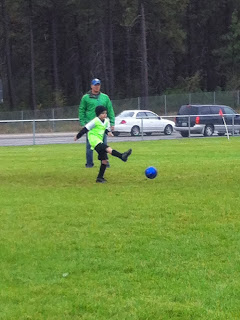 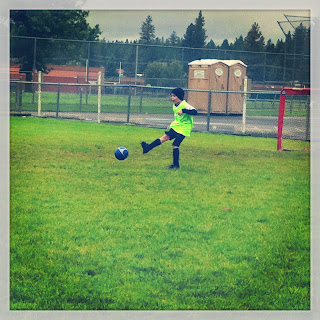 It was a close game.  Which made it even more exciting.  But the boys played amazing and really earned that win!

Olivia didn't have quite the enthusiasm about the game as the rest of us.  She slept through pretty much the whole thing. 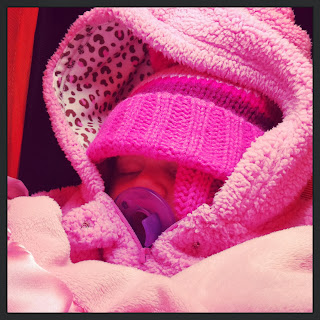 We promised Preston a new green soccer ball if he scored a goal.  He was not thrilled that it didn't happen.  But it did get his head in the game after the whole pirate hat eye patch thing.

Did I mention we're undefeated!?