Preston's second game of the season!

I lost track of the score somewhere around our fifteenth goal.  It's pretty safe to say that we won.  By a lot.  The other team did score once.  Which made me feel better about the whole thing.  I was starting to feel bad for them.

What didn't I feel bad about?

Preston scoring TWO goals!  That's my boy!! We were so proud!!

What made them even better was that his most favorite girl cousin Emmy was in town and she was at his game and he had told me before the game that he was going to score a goal for her!  And then he did not just once but twice! 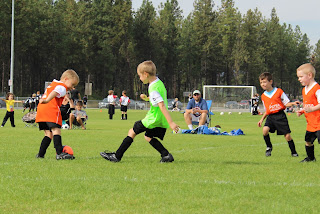 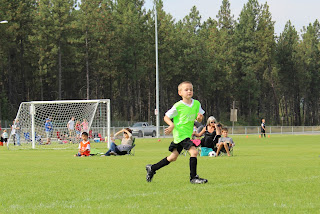 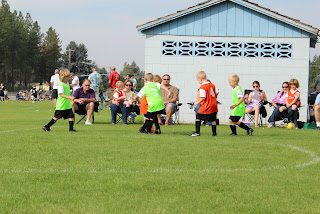 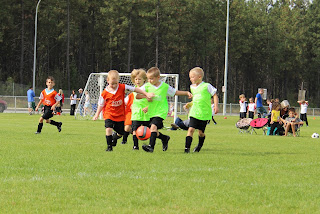 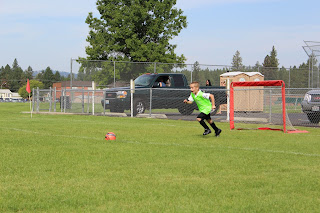 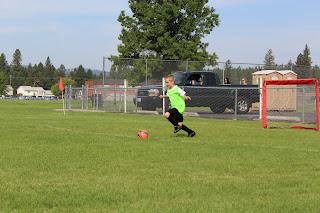 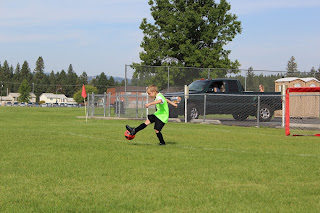 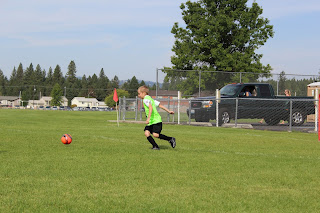