The first day of kindergarten.

Poor Preston tossed and turned for two plus hours after bedtime before he could finally fall asleep the night before his first day. I think he was a little nervous!

Thank goodness he's in the afternoon class, so he could sleep in before heading to school. And he did. Oh boy he did. Preston didn't get up until after ten on the morning of his first day of school.

After lunch we all grabbed everything he was going to need and started taking first day of school pictures!

Starting with Preston and Olivia! 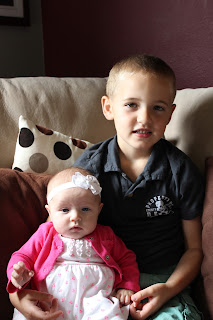 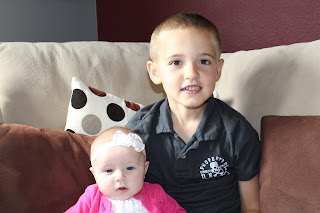 The must have in front of the door getting ready to leave photo! 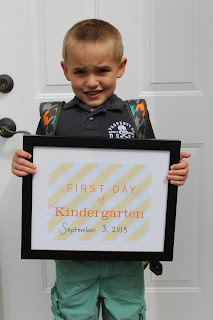 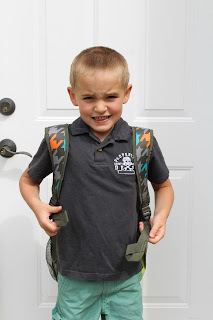 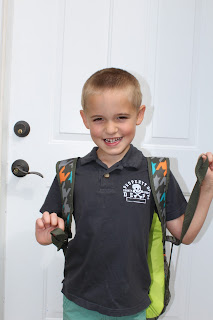 Side note I had to bribe him to get the smiles I got.  He was trying to give me that cheese ball mouth just open showing his teeth smile and I was not going to take it! 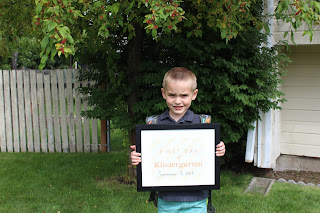 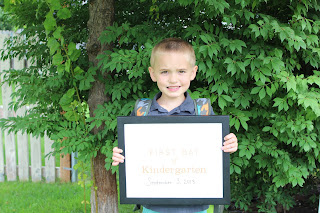 My favorite photo of Preston of the day! 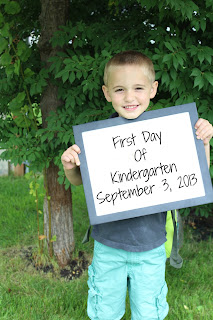 Oh look there he is again. 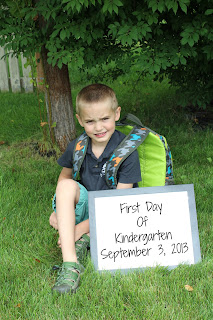 Brad took the morning off from work so that he could be there for Preston's first day of kindergarten!  Preston was ridiculously excited about Daddy getting to come to his first day!  I am so grateful that Brad has the kind of job that makes these moments possible! 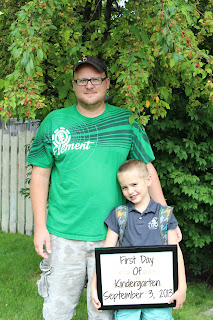 Me and my big boy! 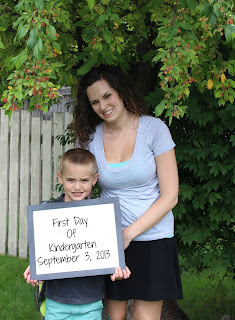 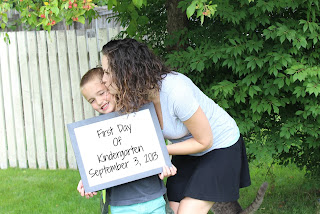 The walk to school! 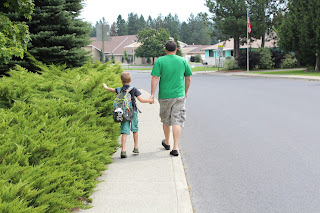 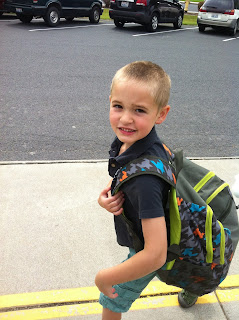 Poor Preston on our walk there, he told us his tummy hurt.  I start panicking since he'd had the flu just three days before.  Brad had to talk us both down and point out that it was probably just nerves.

We made it!  Waiting in line with the rest of his class outside of the school! 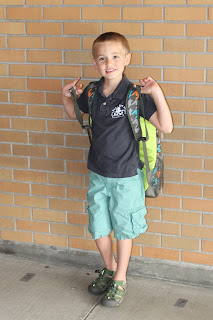 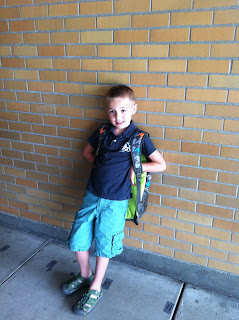 I am not even kidding he totally put his backpack on just like this.  All I could think of was 21 Jump Street when Channing Tatum says that's how all the cool kids do it.  Ha! 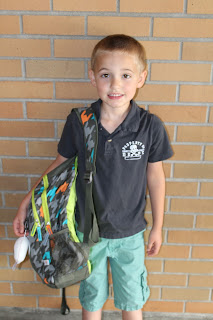 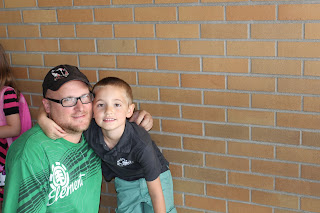 Us with our big kindergartner! 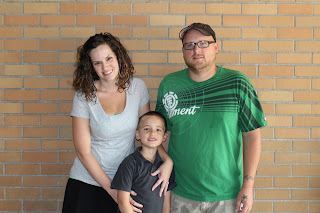 He seems so big but he's still our little boy.  When the teacher came out and said it was time to head inside and that parents were welcome as well, we asked Preston if he wanted us to come and he quickly said yes!  Thank goodness because Mama wasn't ready to part from him anymore than he was ready to part from us!

Hanging his backpack up on his hook after we emptied all of his school supplies into the appropriate buckets! 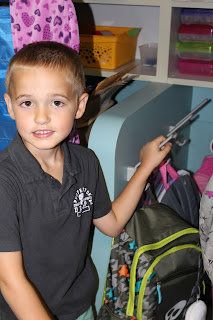 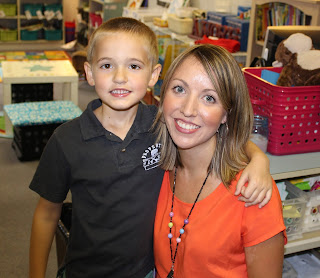 Found his seat!  He was excited to see that he was sitting across from Addi! 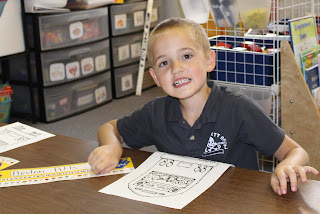 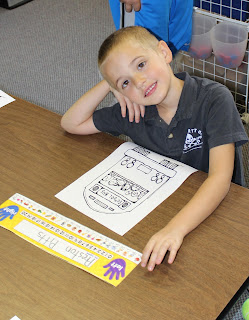 He might have been over me asking him to smile for me at this point. 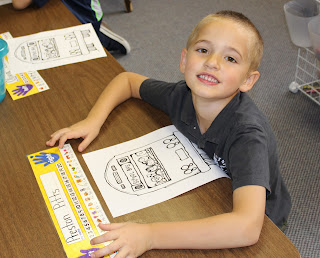 He got right down to business writing his name on his paper.  I know that he was still feeling a little nervous because he was determined to get it perfect.  He kept erasing letters and doing them over to make them better.  Which is sooooo unlike Preston.  Last year it was a fight to get him to write his whole name instead of just a P on everything!  Kindergarten is already improving his writing! 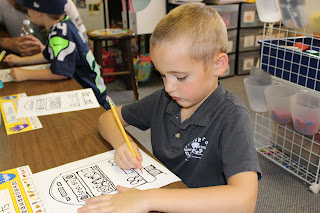 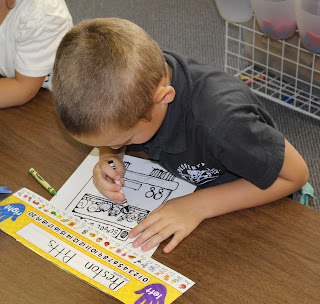 I kept coming up with excuses as to why we needed to stay a little bit longer.  Finally Brad dragged me out.

I somehow managed to make it without crying.  It was a close call though.  When we walked into the classroom and he was looking for his name my eyes filled up with tears and I had to bat them away so that Preston didn't see!  Then again when we walked out they filled again.

I also may or may not have told Brad that we should just go back inside and get him and bring him home with us.  We could home school him.  After all he could learn a lot from Phineas and Ferb!  And then argued that Bill Gates didn't even graduate high school so Preston really didn't even need to go.  Brad shut that idea and argument down.

After school when Olivia and I picked him up, he let us know that he'd had a GREAT day!  He was all smiles and full of things to tell me.  And excited to go back again!

Preston and Addi after their first day of kindergarten!! 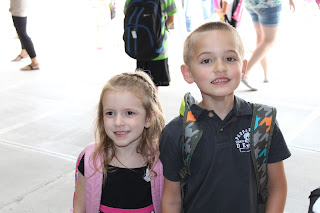 Something tells me this year is going to be amazing!

My son's teachers were always available to discuss his progress or any issues going on. As a full time working parent it was important for me to know that my child was safe and well taken care of. The teachers and staff were very nurturing.