We never picked the water slide up after Preston's party and I decided just to leave it out for the rest of summer so we can play with it.  So we invited  friends over for lunch and outside fun in the water!

Kelly sent me these photos of the bestest best friends! 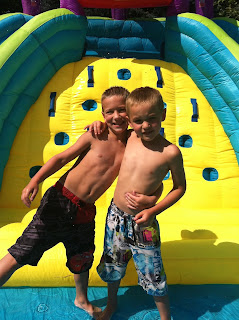 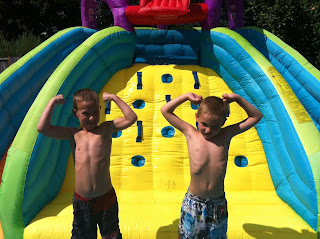 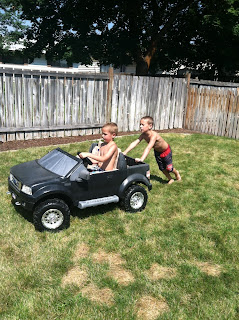 They did some swimming too.

Check out Preston the Shark! 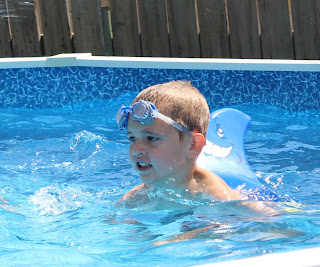 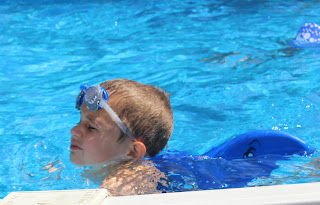 Liv was overall unimpressed with the whole being outside thing.  It's not nearly as much fun when you can't run around or go swimming.  Or have to hang out in the shade. 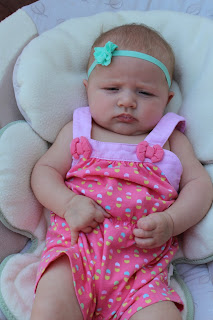 A few weeks ago we hosted a play date with a bunch of friends that we haven't seen in years!   It was so fun to all get together and catch up!  We can't wait that long again! 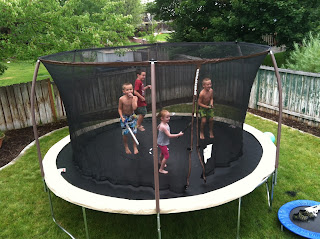 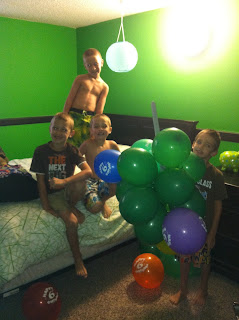 My Grandpa turned seventy this year.  SEVENTY.  Isn't that crazy.

We went up to the condo for what will probably be the last time since they are selling it.  Boo!

Even bigger boo, we didn't last very long.  Preston had the meltdown to end all meltdowns.  We'd gotten back from Seattle the night before.  He was tired.  I was tired.  He wouldn't listen and I was just done.  So we left.  Fun times.  Sometimes being a parent blows.

But before the meltdown there was swimming.  And boat floating.  The boys almost floated away.  Luckily Grandpa rescued them. 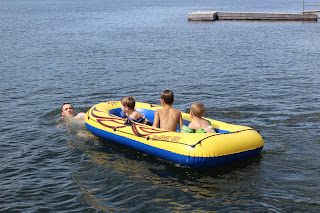 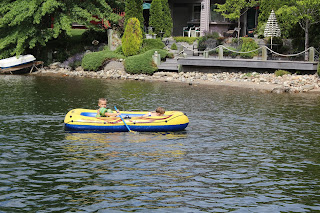 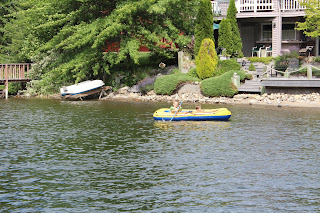 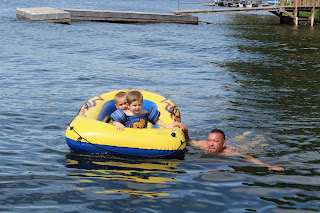 Preston did some dock jumping. 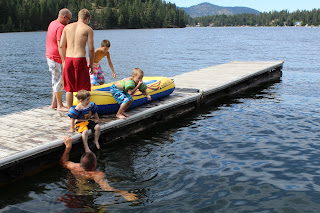 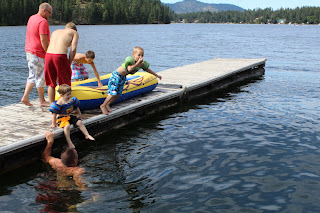 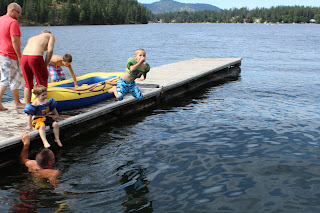 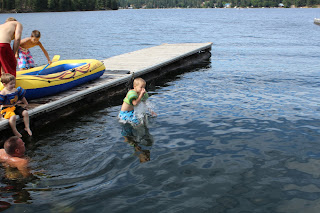 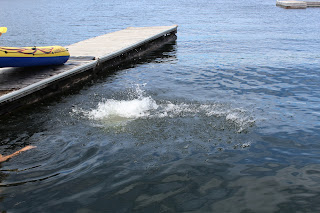 If only we could have stayed longer.  Blah.

School starts soon.  Like in a week soon.  I'm not ready.  Summer seems like it flew by this year.  And we didn't do nearly enough.  How can it possibly be over?  And Preston starts kindergarten.  That can't even be possible!

I put Olivia on her tummy on the floor in the living room this morning.  While doing so Preston was letting me know that she hates it.  She does.  But I told him she had to have tummy time because that's how she learns things. Like rolling over.  Crawling.  Head control.  He added in arm control.  Sure. So I lay her down and head into the kitchen to get Preston a bagel for breakfast.  About thirty seconds later, Preston calls for me to come see what Olivia did and runs into the kitchen to tell me to come see all excited.  I head into the living room to find Olivia no longer on her tummy but instead on her back happy as can be.  Preston had rolled her over so that she wouldn't get mad about being on her tummy.  What a good big brother!  He's got her back...or her tummy!  Ha!

I hate when I start a show on Netflix and then I get all caught up.  Then I miss the show.  Until I find a new one.  With nursing Liv, I've definitely been sitting and watching more TV.  I watched Friday Night Lights when I was pregnant.  So good!  Then finished One Tree Hill.  Next was Bones.  Bones was one of my favorites!  Now I'm watching Prison Break.  Oh Netflix thanks for being there for me while I'm nursing and when it's quiet at night because Preston and Olivia are sleeping.