Our neighborhood got together for National Night Out.  We were all going to meet to BBQ and meet and greet.

As a totally awesome surprise our neighborhood watch captain had put our culdesac on the list for having the fire department and cops stop by!

We headed out to explore! 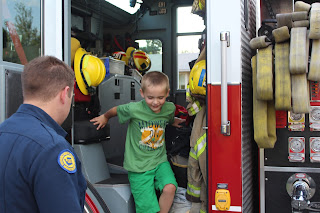 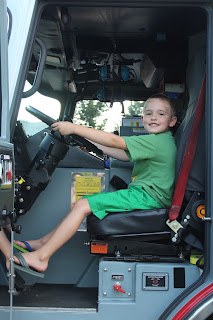 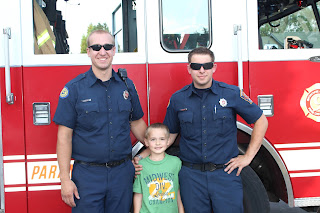 Then he moved on to the car of a local crime prevention organization.  He wanted to sit in the backseat.  He looks a little too excited back there! 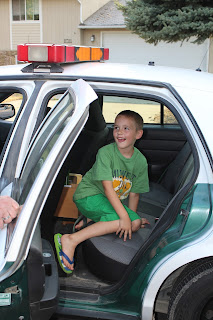 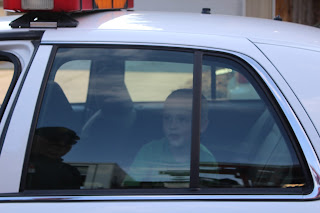 Much better in the front seat! 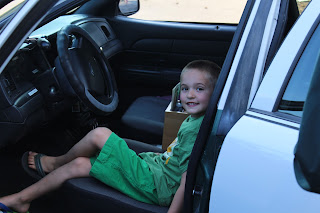 And back to the fire truck! 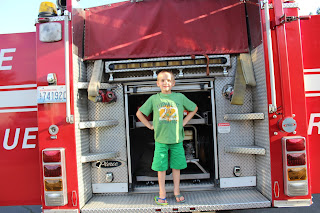 We BBQ'd and hung out and met some of the neighbors we hadn't met.

Even Liv got in the on the action.  One of the little girls down the street thoughts she was just the cutest thing ever.  Can't blame her!  And Olivia was giving her little smiles. 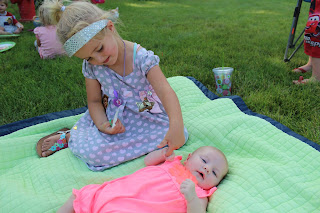 The sheriff even came to visit!  Preston was so excited to see a police officer!  And a cop car! 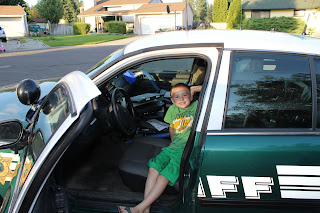 Again with the backseat!  Let's hope this is the last time Preston sees the back of a cop car! 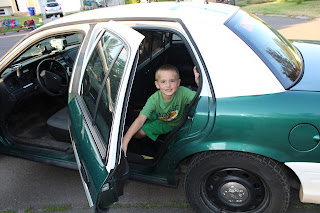 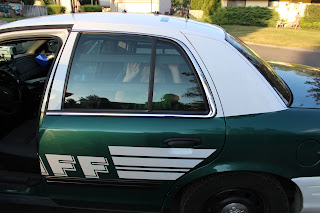 Preston got a kick out me telling him that the reason the seats in the back of a cop car are plastic is because sometimes when people get arrested they pee and poop back there and it's easier to clean up.  Thanks Uncle Mike, who knew you telling me years ago would result in me telling Preston and entertaining him with the knowledge!  Ha!

I didn't see a whole lot of Preston for the rest of the BBQ.  He made friends with the kid and asked if they could go play in our backyard with him and jump on the trampoline.  He was having so much fun racing around!

We had an awesome time celebrating National Night Out!