Preston broke a pair of his flip flops.  But not just any pair, his favorite pair.  Which of course that means they're green.  Or were green since one flip flop is no more.

Since they were his favorite pair, Preston refused to throw the remaining flip flop away.  He informed me he would wear it with another flip flop.  I laughed and figured he'd forget about it and I'd toss it out.  Who wears two different flip flops?

He got himself dressed so we could head out and when he came back up I told him he couldn't wear two different kinds of green together so he had to pick his shirt of his shorts and then swap the other one out. 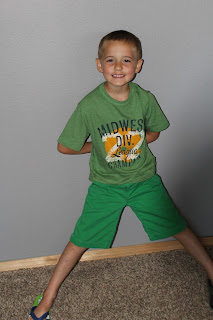 He refused.  And informed me that he had to wear both greens.  Because each green matched a different flip flop.  You know since he was wearing his remaining favorite green flip flop with another green flip flop that he has. 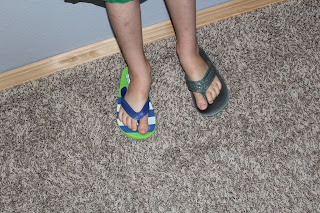 When I finished laughing, I couldn't even come up with an argument against his logic. 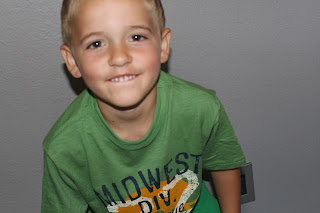 I swear he's going to give me a run for my money!