Plus it was Father's Day!  That meant that Brad got to sleep in.  We also gave him his present before heading up.  It worked out perfectly that he wanted cash so that he could get a new bike since I wasn't exactly going anywhere with the little miss.

Olivia liked being in the trailer.  Not because it was cooler since it really wasn't.  But because she liked being able to stretch out on the bed. 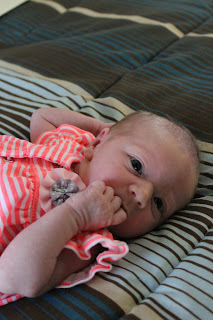 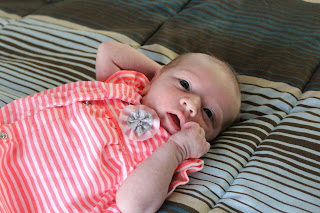 Since it was Father's Day, I let Brad pick her outfit out.  He liked how bright this one was!

My Dad opening his present from all of us.  We got him some sort of techy golf watch thing and a gift card to a gold course.  Can ya tell he likes to golf? 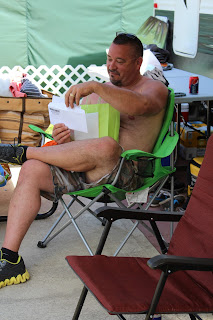 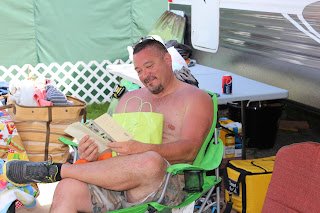 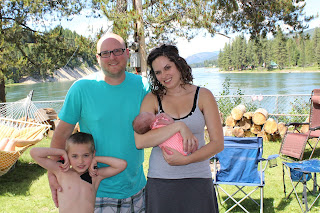 Olivia wasn't all that exciting.  She slept most of the day away.  It's exhausting being almost two weeks old. 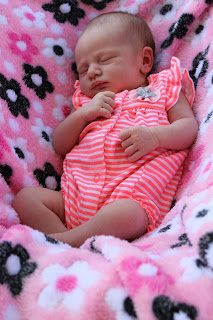 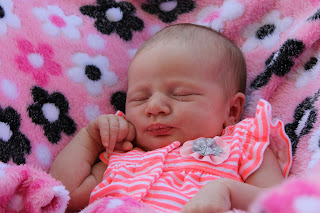 Preston on the other hand was all over the place!  He loves being up a the river!

He did some swimming.  Without a life jacket.  He can swim on his own these days.  For the most part.  We still keep an eye on him but he can hold his own. 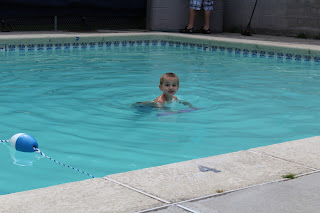 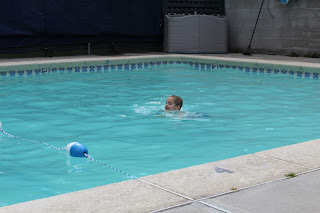 It was a little bit chilly in the water.  But the concrete was warm! 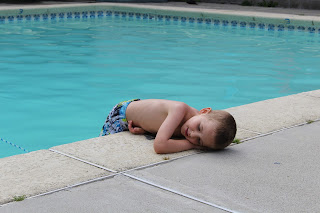 Preston got thrown around! 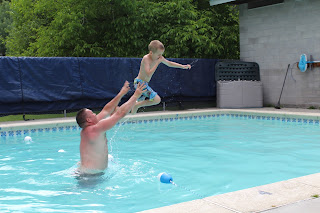 Olivia didn't swim.  But she hung out in the shade with Grandma. 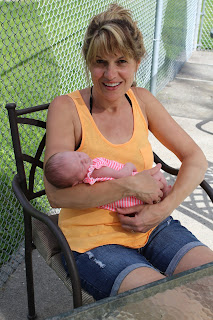 Poor Preston!  I think he spent just as much time laying on the concrete outside the pool as he did inside the pool.  I'm told it was a bit chilly!  And he didn't want a towel. 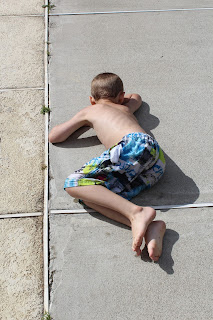 A Daddy's work is never done.  The pool needed some cleaning. 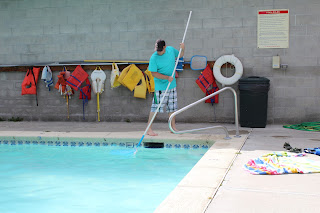 Preston had my Dad throw him a couple more times.  From outside the pool.  He loved it.  And he got some air!  And almost landed on my Mom! 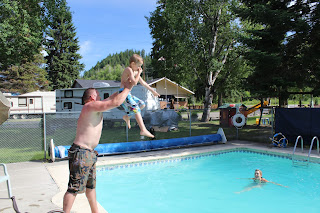 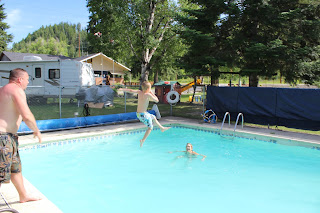 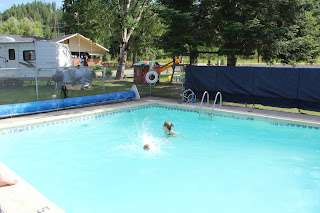 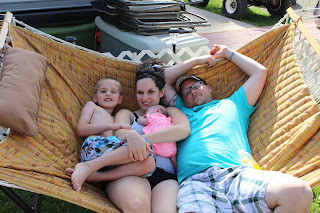 Daddy and his girl! 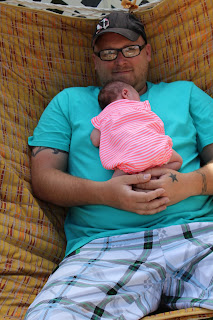 Brad and the littles that make him a Daddy! 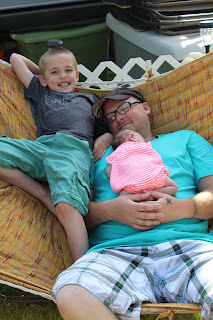 We had a great Father's Day!  I hope everyone else did too!

I know that we are very blessed with the Dads that we have in our lives, both mine and my husband!